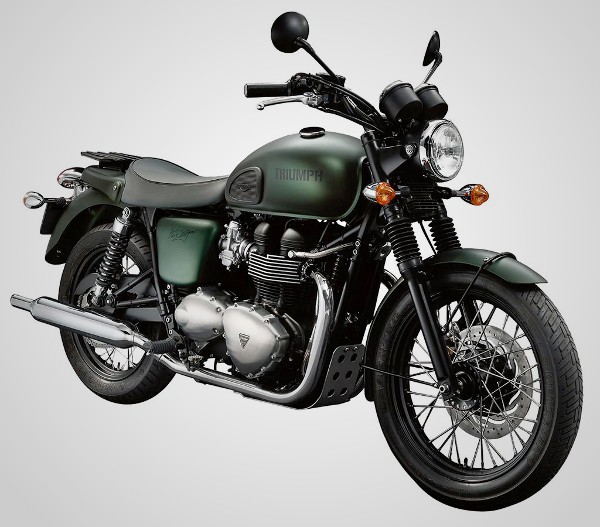 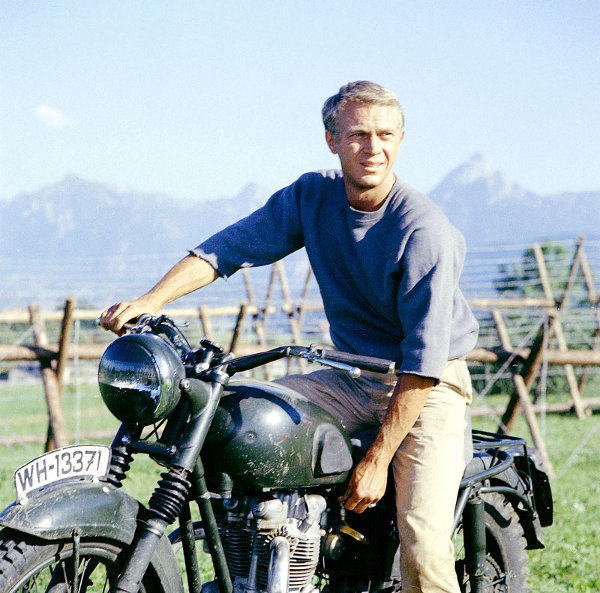 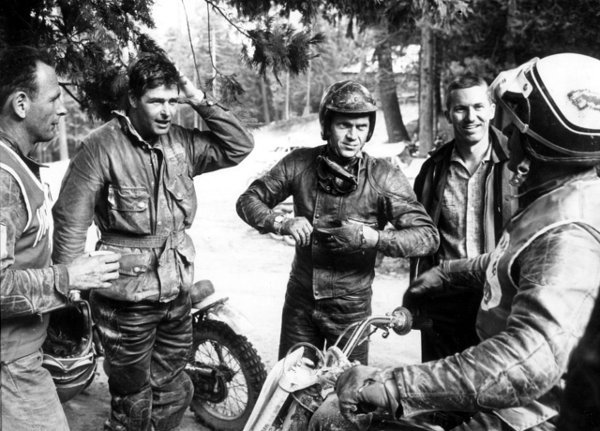 Triumph has released a new tribute to the legend of cool– actor and speed fiend Steve McQueen.  The new Triumph Steve McQueen Edition Motorcycle is inspired by the Triumph TR6 McQueen rode in the 1963 World War II film The Great Escape, in which McQueen eludes Nazis in the German countryside.  Always his own stunt man, McQueen famously jumped his motorcycle over a barbed wire fence in the film, in a manner that doesn’t seem possible.  Off screen, McQueen was an avid Triump rider, carving up the pavement on his own Triumph Bonneville in and around Los Angeles.

The new Triumph Steve McQueen Edition is based on the Triumph Bonneville T100, but with styling and feature enhancements that recall the 1963 original.  These include a military-style khaki-green paint job, a stencil-style Triumph logo on the tank and a licensed print of McQueens’s signature on the side.  1,100 of the McQueen Edition Triumphs will be produced, and the first will be introduced to the public on November 8th.  [via driven]