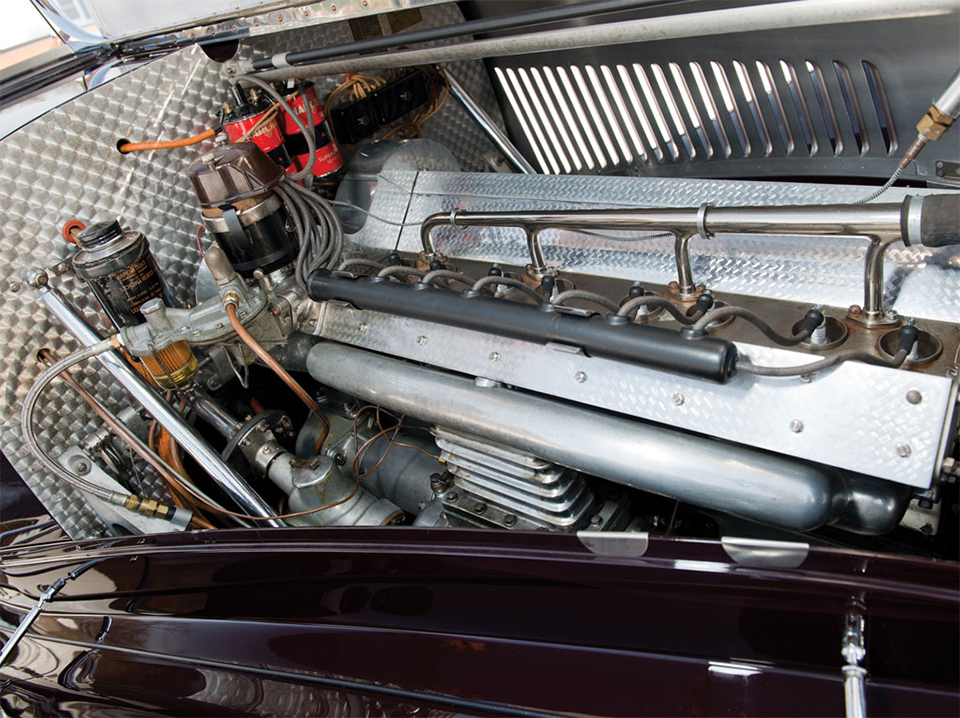 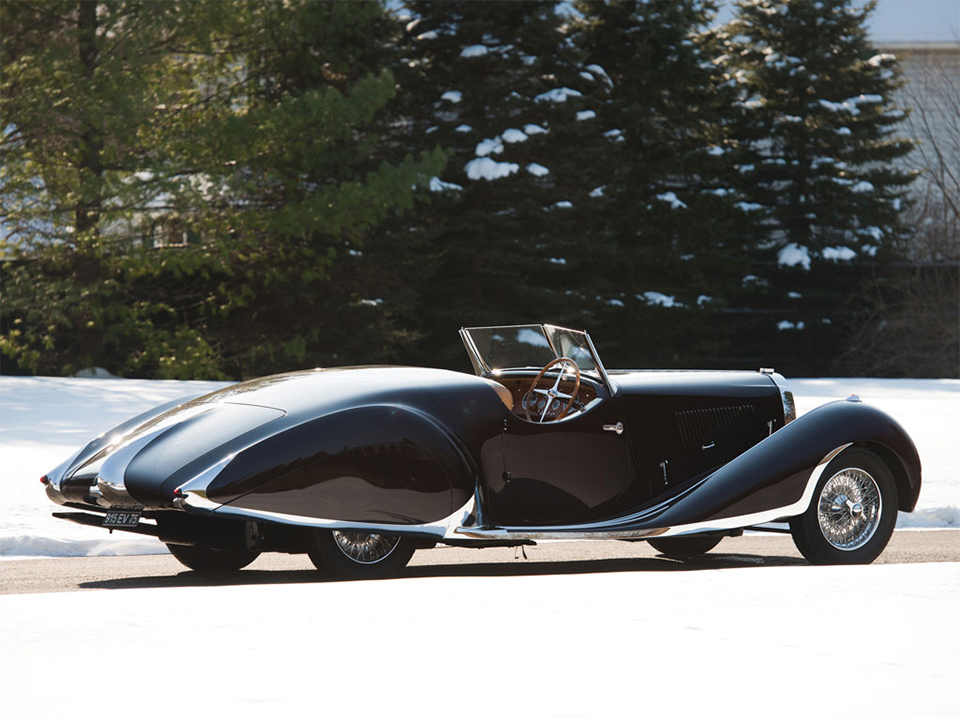 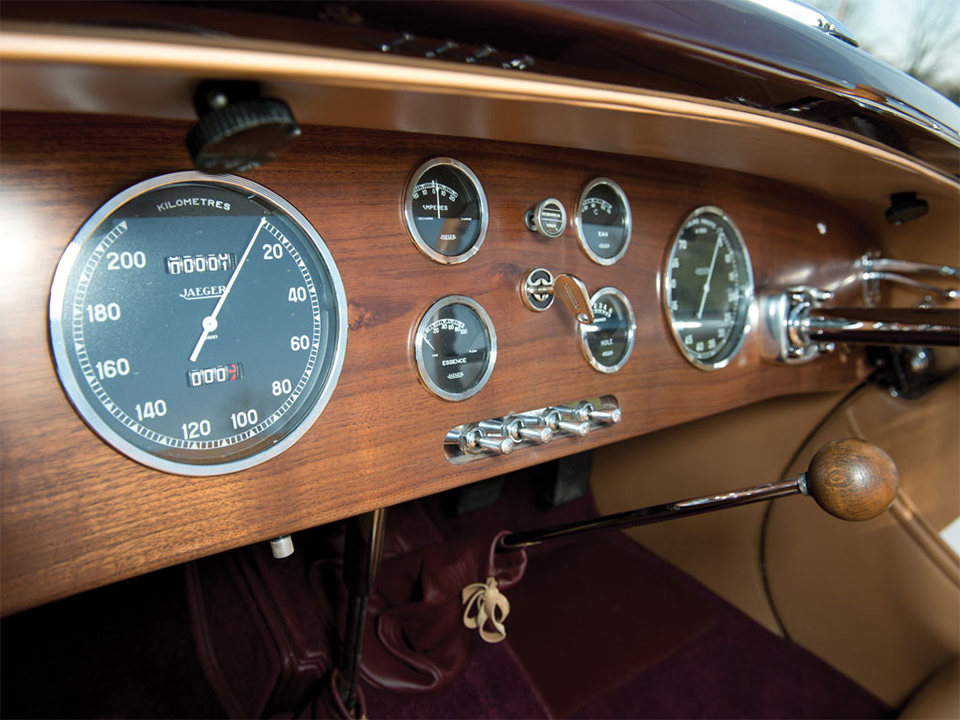 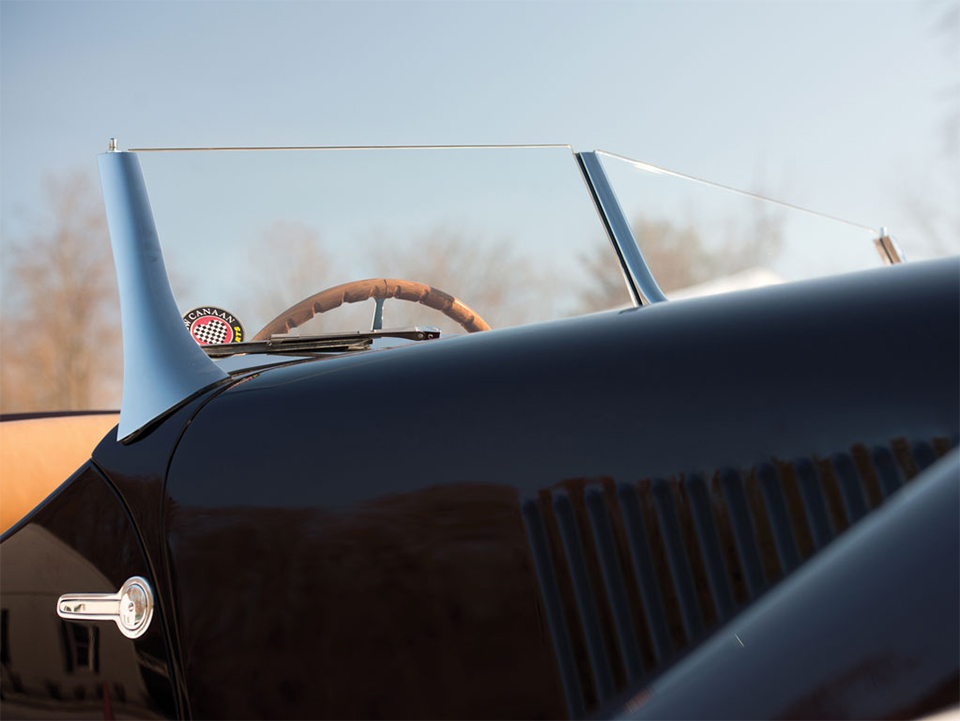 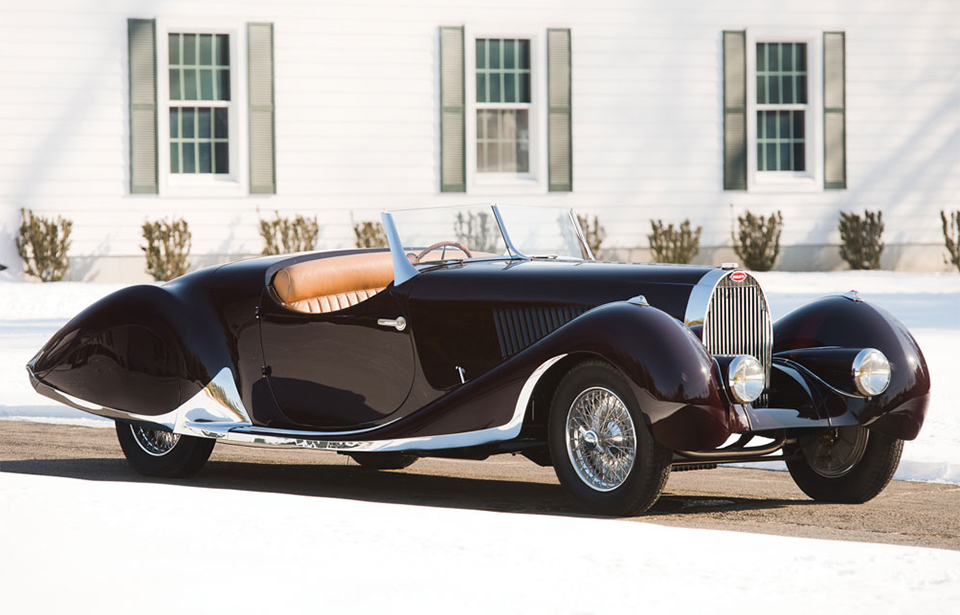 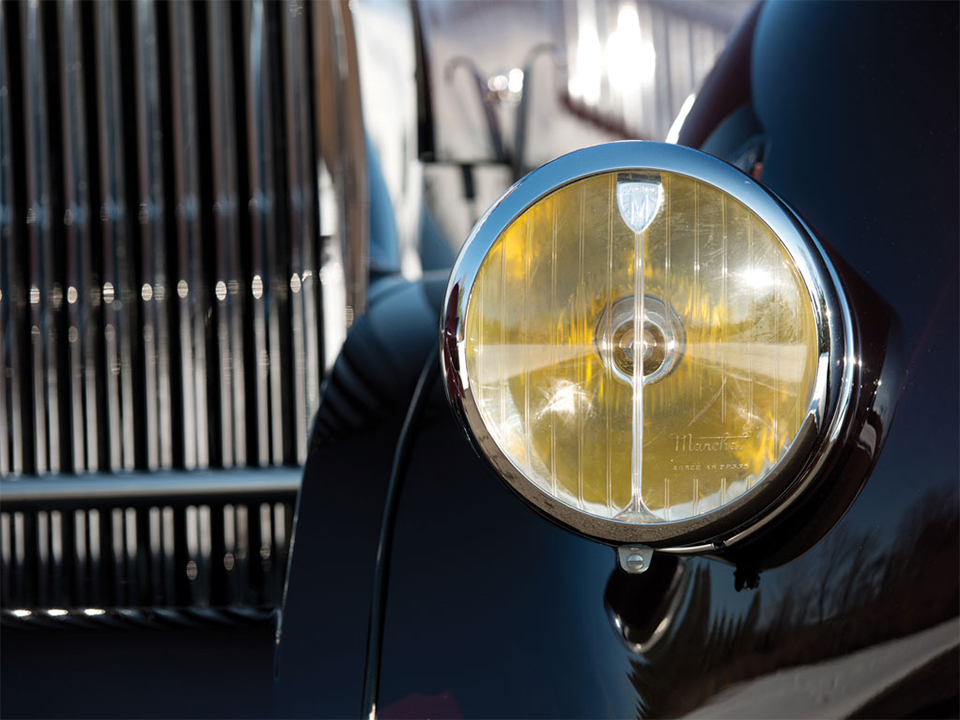 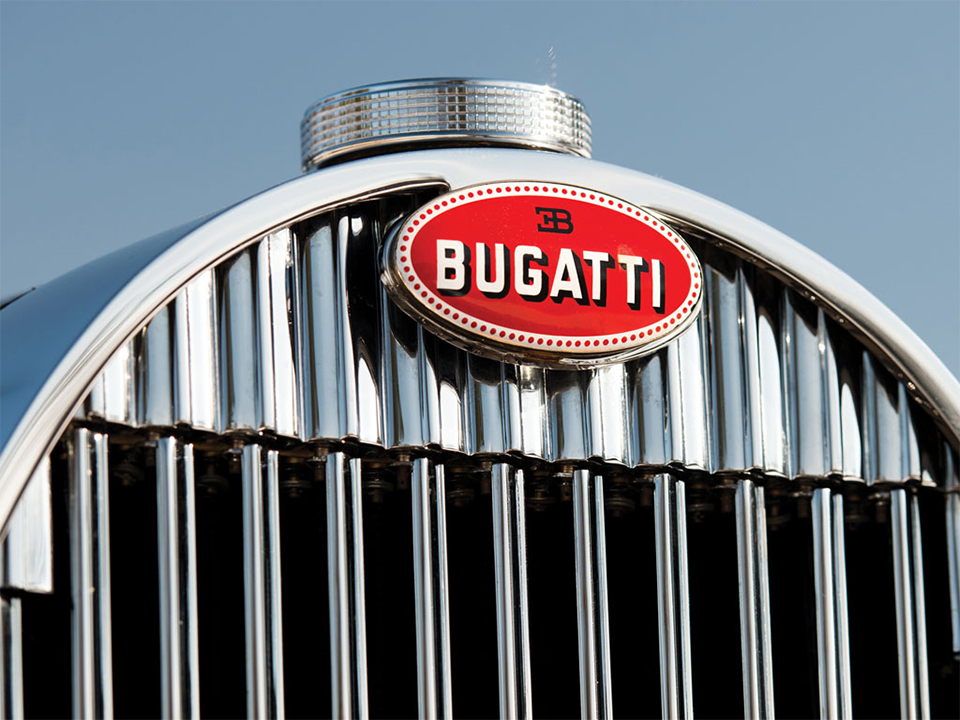 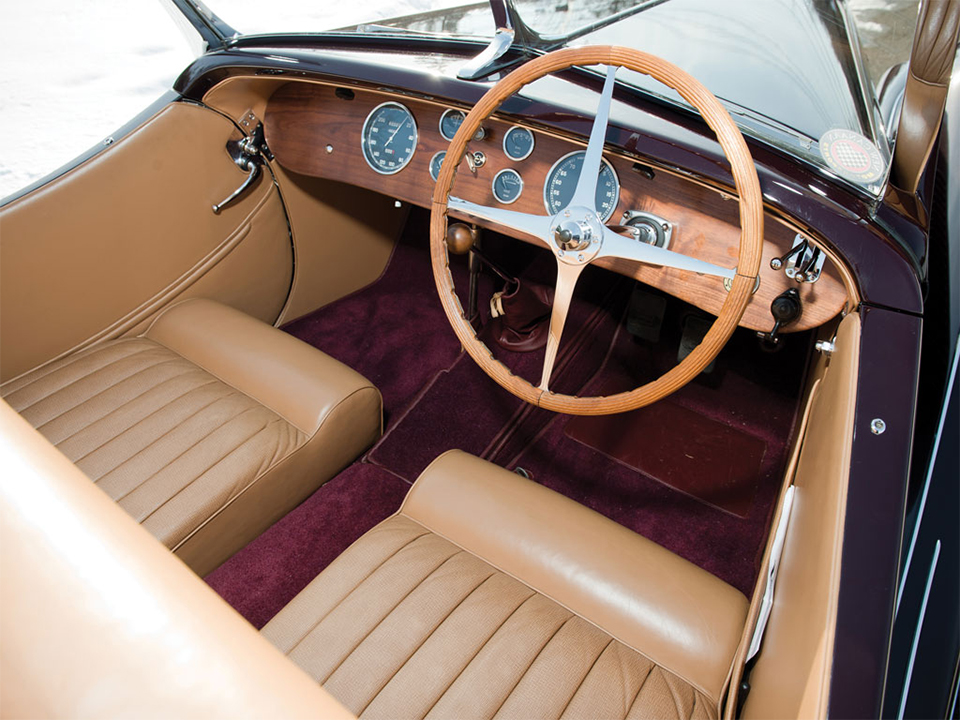 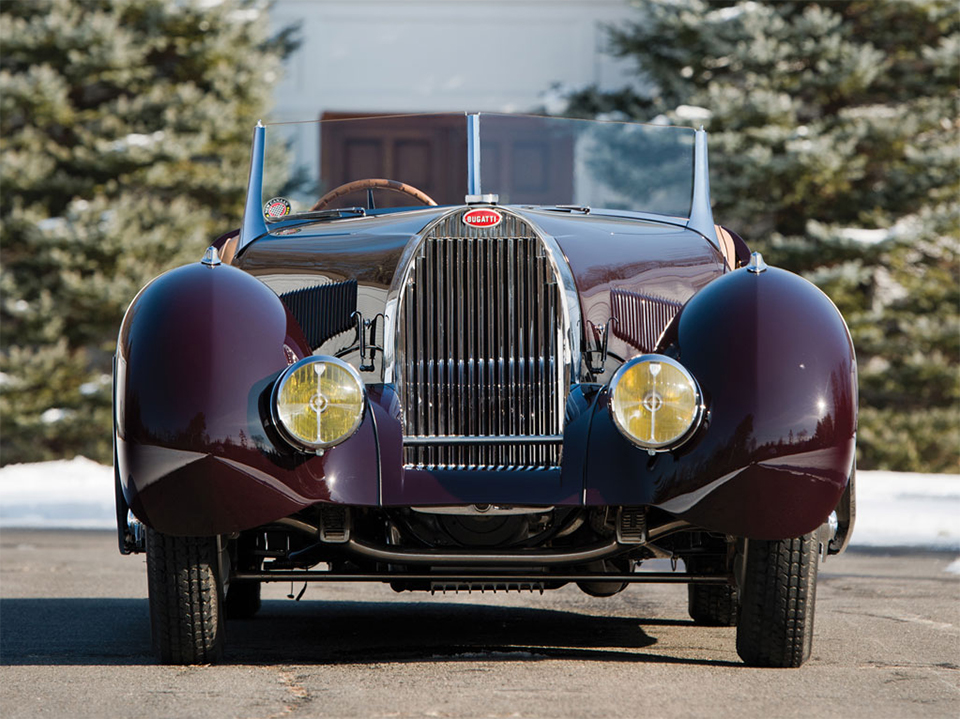 The 1937 Bugatti Type 57C Roadster isn’t just a rare bird today, it was rare the moment it rolled off of the factory floor.  This exquisite automobile represents a collaboration between Bugatti and Carrosserie Vanvooren, a French coachbuilder who gave shape to many of Bugatti’s finest vehicles of the 1930s.  This is one of the rare few Type 57C’s with an open cockpit for convertible driving.  It was one of the most adored vehicles upon its release, only to quickly take refuge in Spain during the onset of World War II.  It heads to auction in March at the RM Auctions event in Amelia Island, Florida, where it’s story will continue in another owner’s hands.

The 1937 Bugatti Type 57C Roadster was one of 20 built in collaboration between Bugatti and Vanvooren.  This Type 57C wasn’t just a topless version of the original, it was given an engine upgrade for race-worthy driving.  This ’37 Bugatti featured a 3.3-liter supercharged straight-eight engine that produced 175 horsepower, enough power for a top speed of 120mph.  While that may not even compete with today’s modern family car, it was amongst the pack leaders of its day.  Both the engine and the body design made this a legendary vehicle in its day, a rare combination of visual elegance and mechanical performance.

The target price of the 1937 Bugatti Type 57C Roadster has not yet been revealed, although we wouldn’t expect this rare roadster to sell for anything less than $500,000.  It will join a large collection of rare collector cars at the RM Auctions Amelia Island event in March 2014.  Stay tuned for updates. 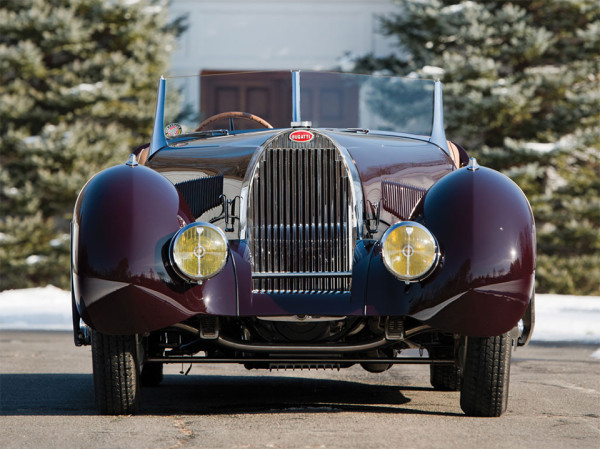 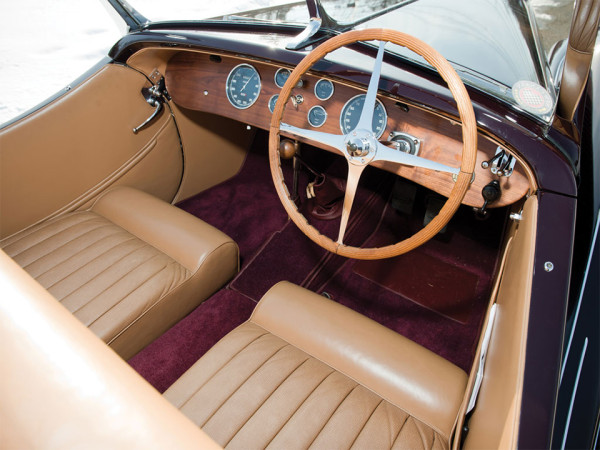 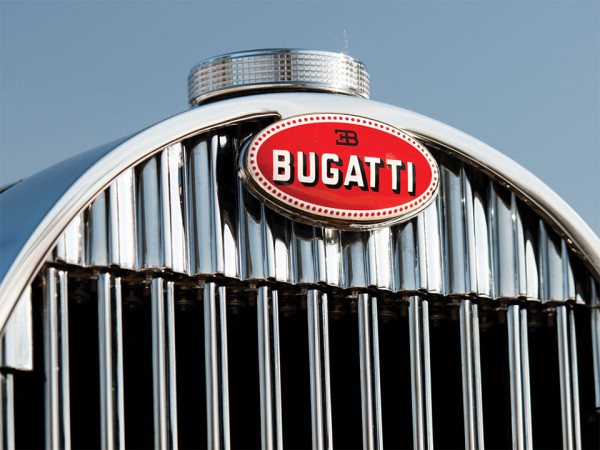 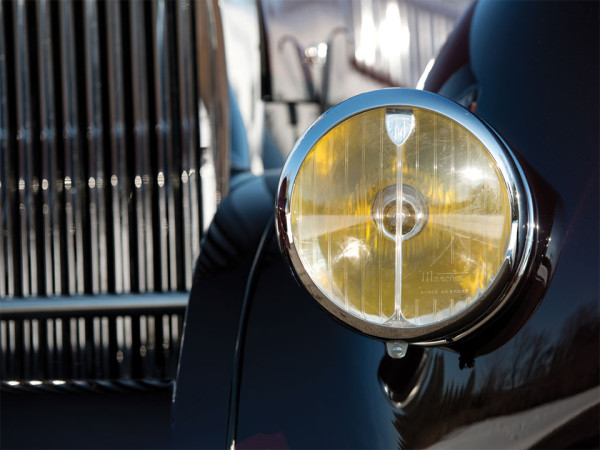