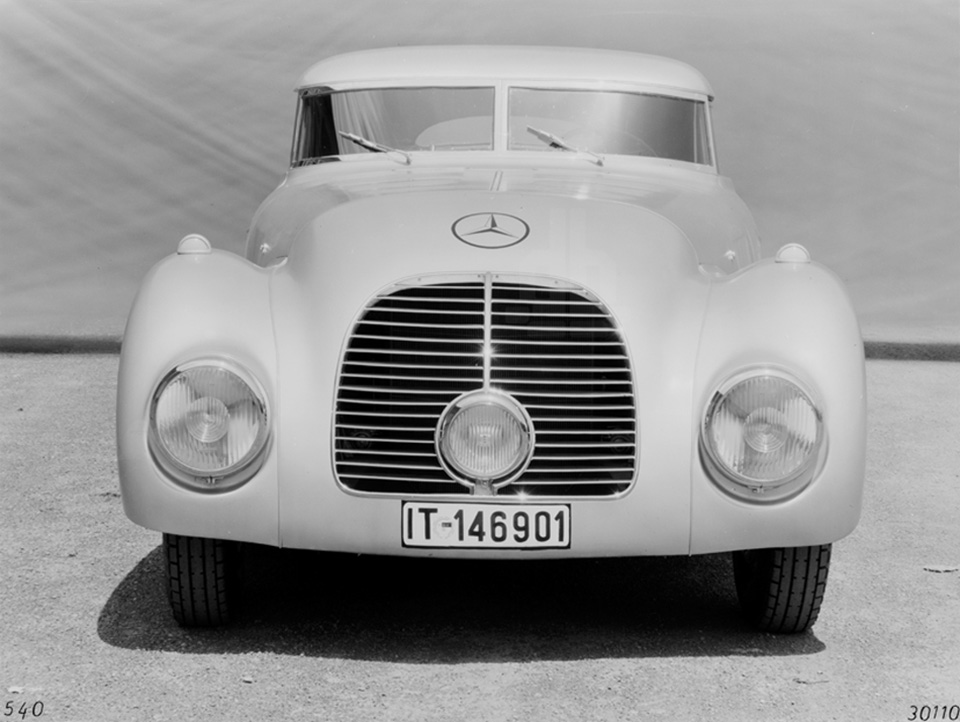 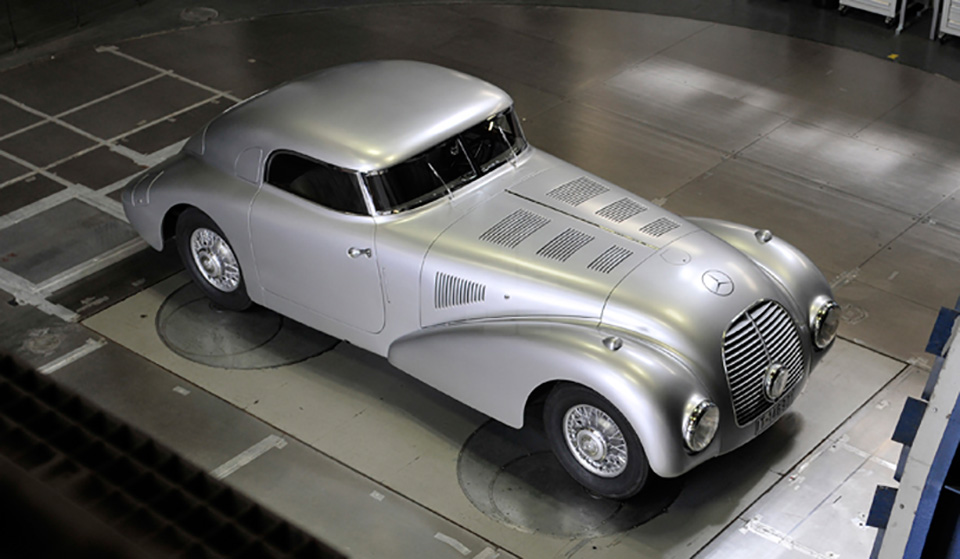 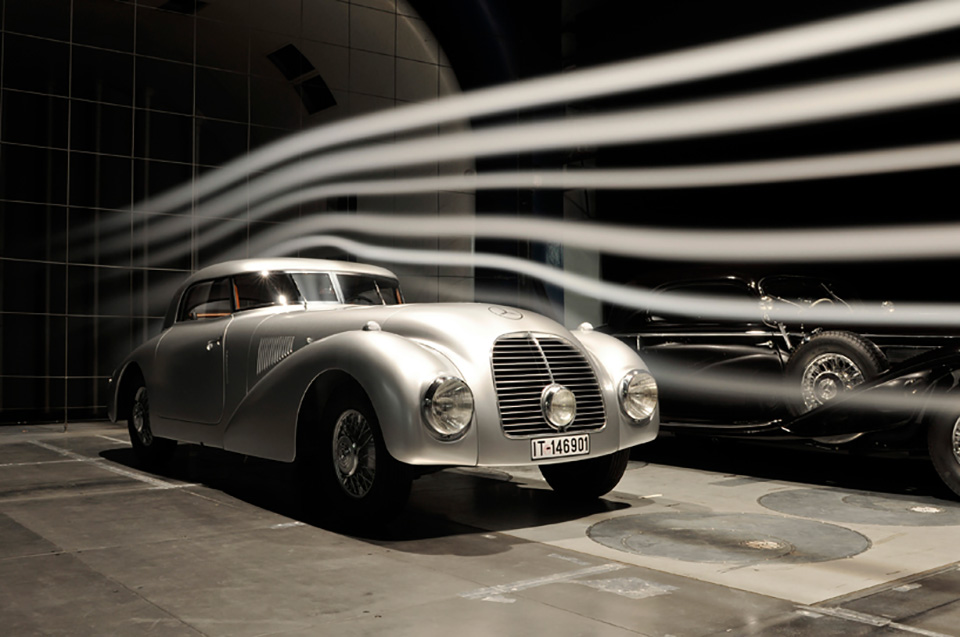 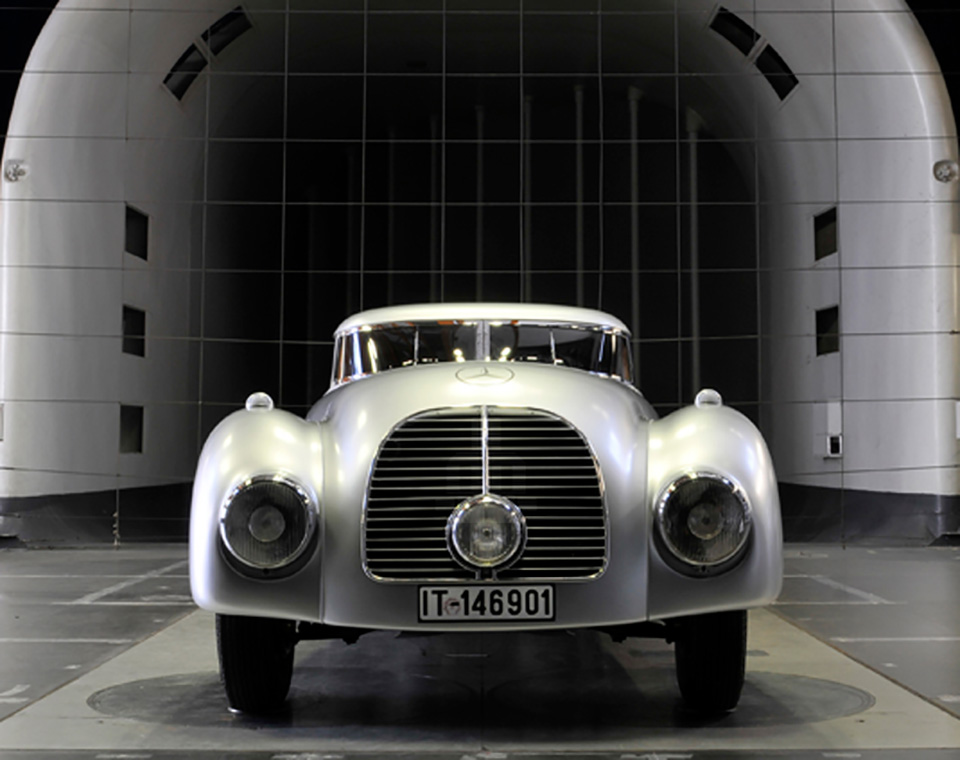 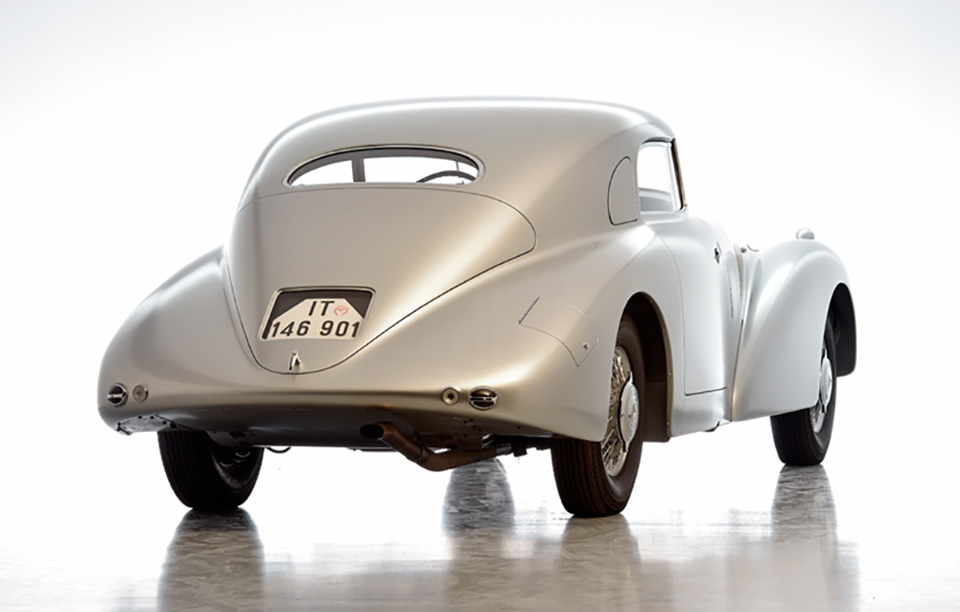 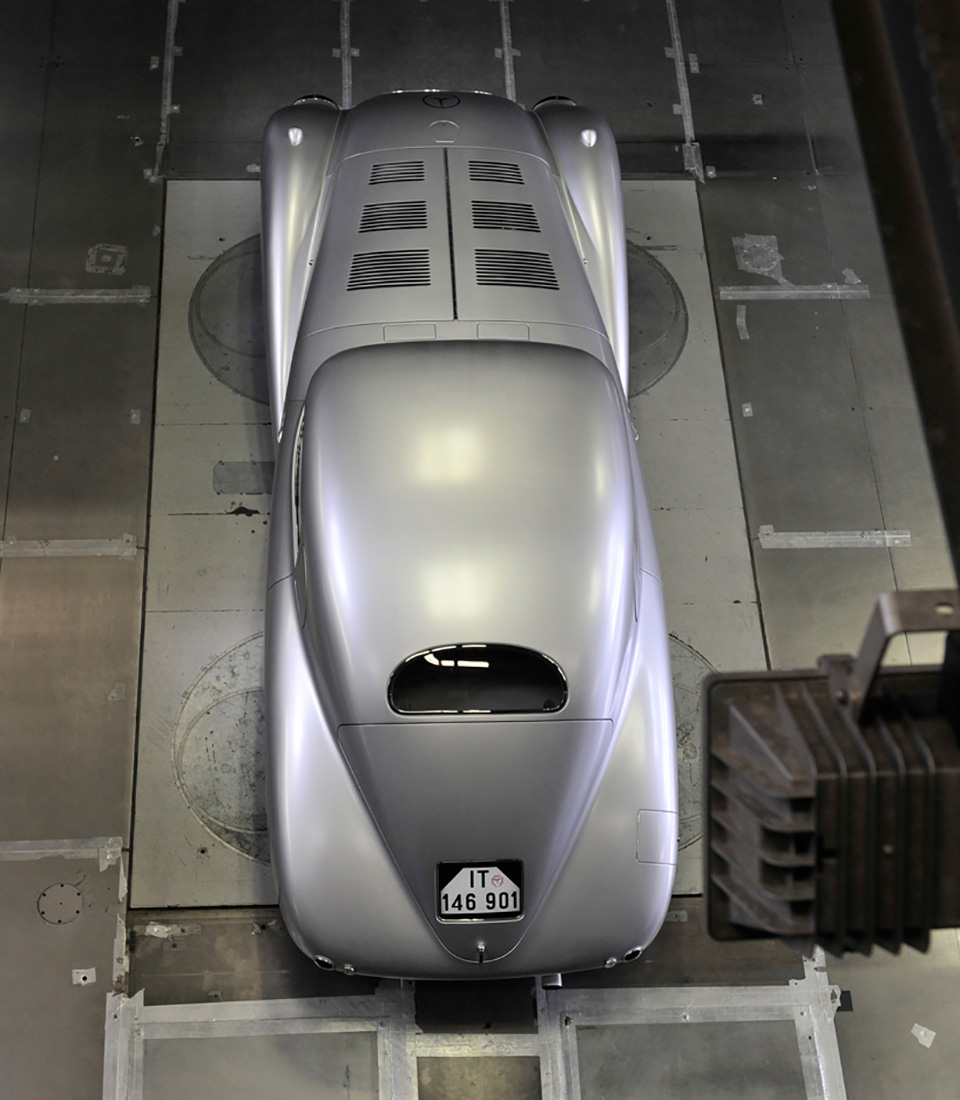 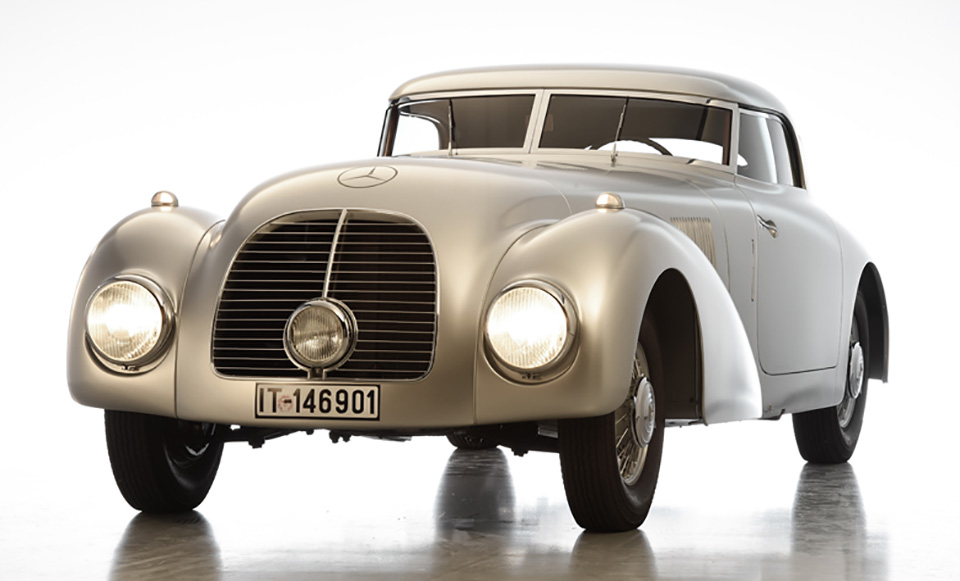 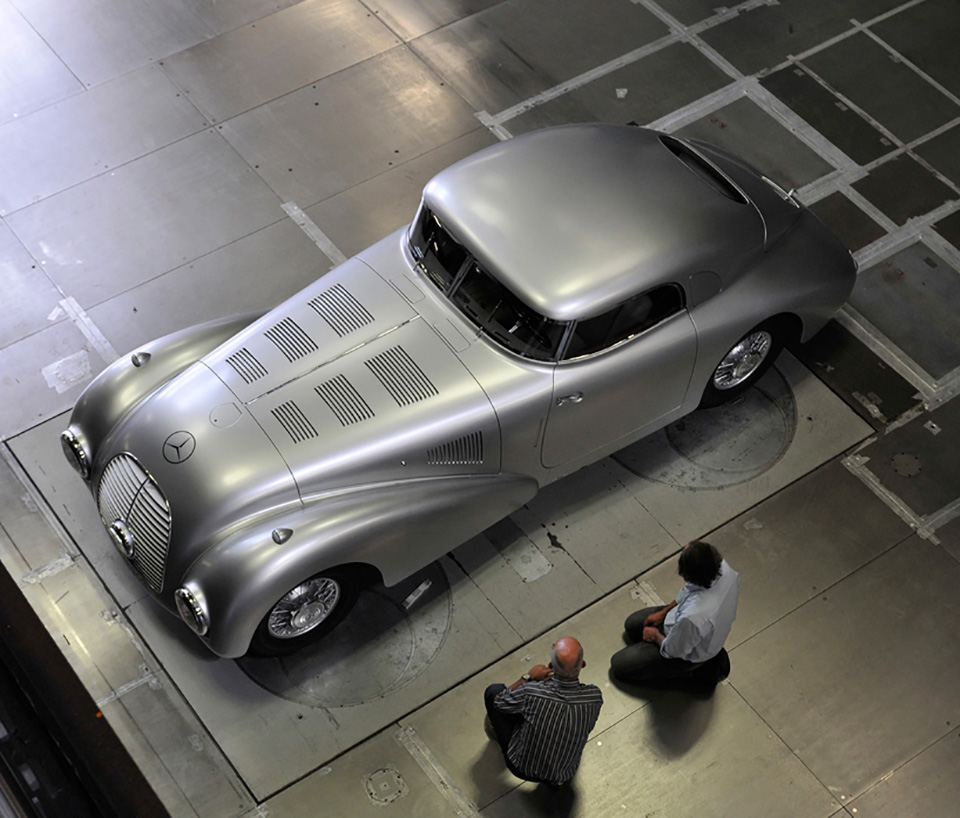 This might be the rarest Mercedes-Benz ever built. The 1938 Mercedes-Benz 540 K Streamliner is truly one-of-a-kind, a single model concept that ended Mercedes’ pre-war era. Its curvy, athletic appearance was remarkable in its day, but it is just as alluring nearly 80 years after it was conceived.

The Mercedes-Benz 540 K Streamliner entered development in 1937, but the process was halted with the outbreak of World War II. This concept model is the only example that remained after the war, and it has been faithfully restored to its early inspiration as you see it today.

The Streamliner’s body was shaped and constructed in lightweight aluminum to a spec developed in a wind tunnel. It was designed to be as efficient as possible, so its curvy contours have as much to do with aerodynamics as they do sex appeal. The aerodynamic nature of its design suggests that if this 540 K had wings, it wouldn’t look dissimilar from the aircraft of its day.

The 1938 Mercedes-Benz 540 K Streamliner is powered by an 8-cylinder turbocharged engine which produces 180 horsepower. That might seem uninspiring to the daily drivers of present day, but this was a beastly powertrain in 1937. Engine technology has advanced dramatically in the last 80 years, and this was about as good as it could get before the second world war.

This Mercedes-Benz 540 K Streamliner is on show this month at Pebble Beach and elsewhere, a shining example of Mercedes’ storied history of performance car production. 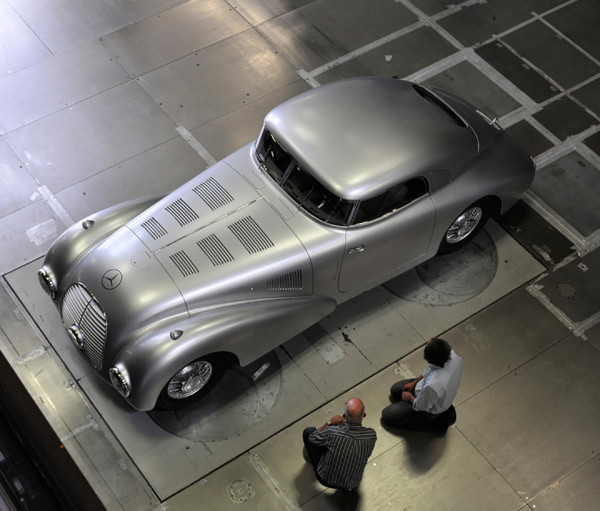 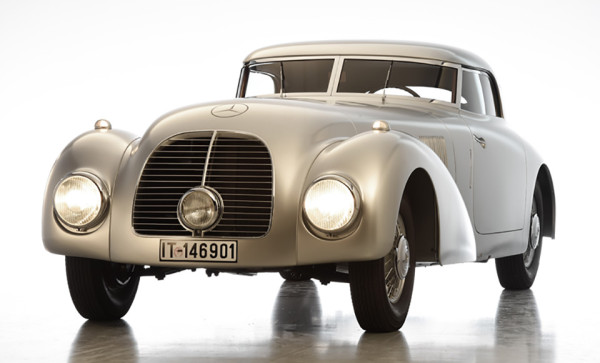 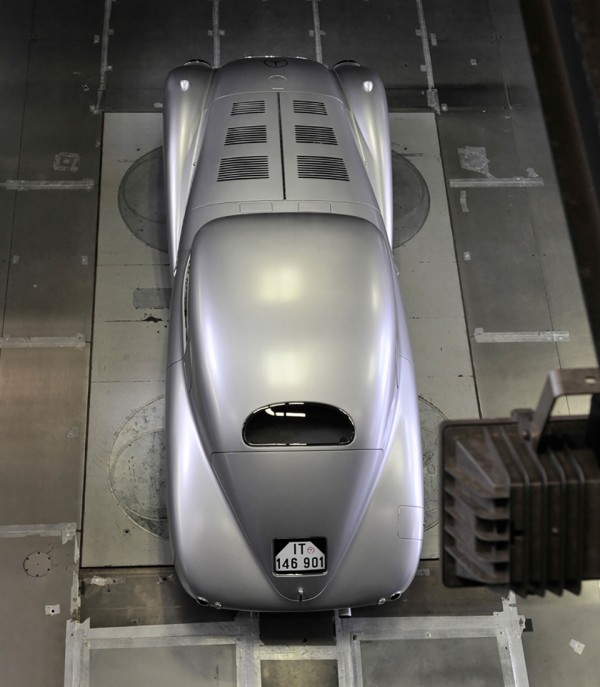 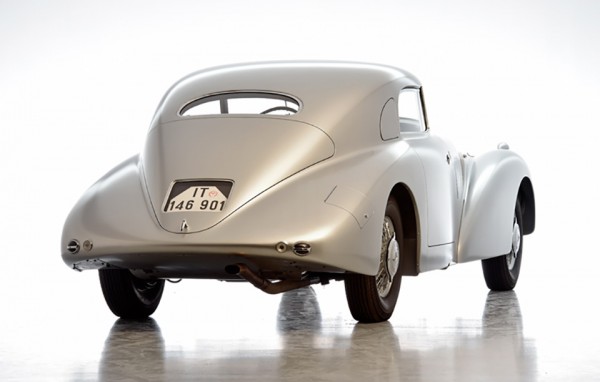