The evolution of electric motorcycles just accelerated a bit, thanks to the new 2014 Zero SR Electric Motorcycle.  Zero‘s fastest yet, the 2014 Zero SR gets a power boost of about 24% over the previous S model thanks to a larger 660 amp motor controller.  That extra power pays off on the street, as the Zero SR will hit 60mph in just 3.3 seconds on its way to over 100mph in direct drive.

The Zero SR brings a lot of the common functionality of the Zero motorcycles offering, including a bright control display that syncs to a mobile app for iPhone and Android.  It can connect to any standard power outlet and will charge to 95% of its capacity in less than an hour.  In common conditions, riders can expect a range of about 130 miles, but city-only drivers can experience up to 170 miles per charge.

The 2014 Zero SR is the fourth model in Zero’s fleet of electric motorcycle, and the only model available in that fiery red coat.  It’ll begin shipping soon starting at $17k, more with options. 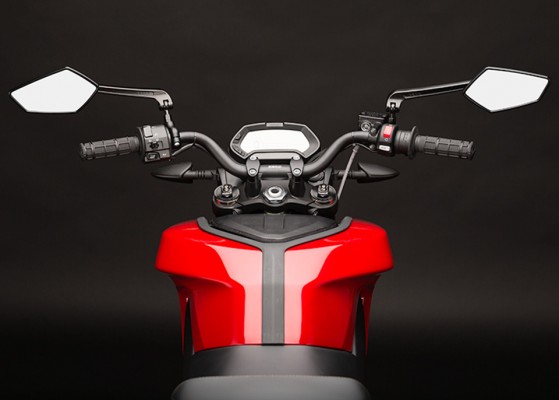 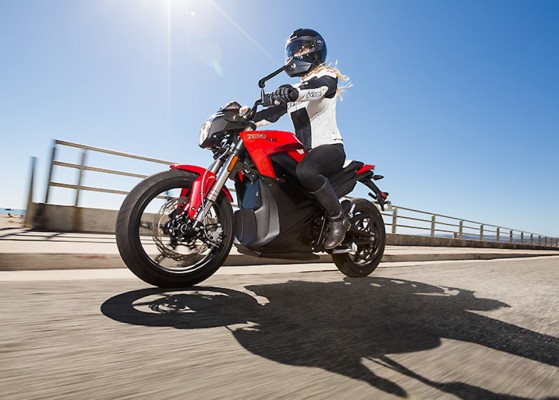 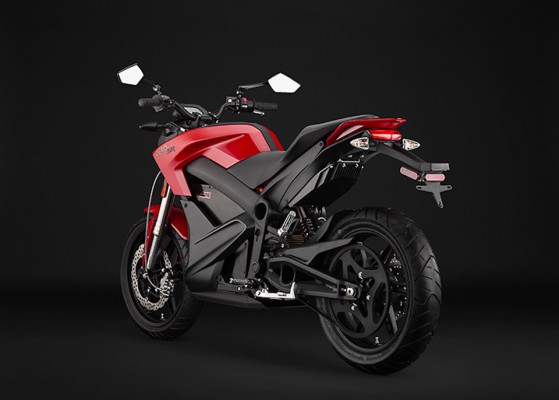