As light as a feather and as fast as a bullet, this new Cadillac was built for the sheer joy of driving.  This week in Detroit, Cadillac revealed the 2015 Cadillac ATS Coupe, a lighter, faster, stronger and sexier luxury coupe.  The ATS Coupe represents a natural step forward for Cadillac and the class of vehicles it now challenges.  We had a front-row seat for its arrival in Detroit, as well as a private tour of its design evolution from Executive Chief Engineer David Leone.  Now that the buzz of the new ATS Coupe has reached you, let us explain why this sharp two-door luxury car is so remarkable. 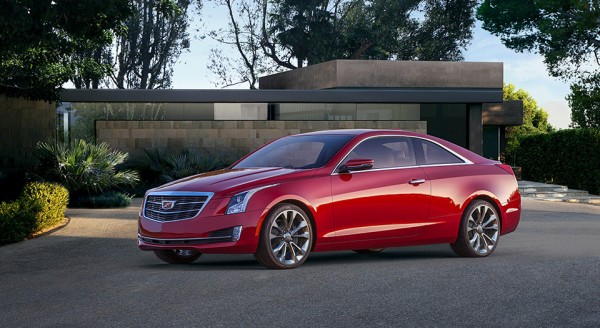 In terms of appearance, performance and general identity, a coupe has an appeal that is difficult to match in a sedan.  In the American identity, a coupe is a sports car, driven for enjoyment, while four doors are for families and business driving and the like.  There are plenty of sporty four doors, and the ATS sedan has always been one of these, but a coupe of that model would change the game for Cadillac fans.  This explains our excitement about the rumors about an ATS Coupe, rumors that became reality this week in Detroit.

The 2015 Cadillac ATS Coupe is a mid-sized two door luxury car that is sporty in performance, efficient at the pump, luxurious in design and connected in technology.  It is engineered to be a lighter vehicle than the ATS Sedans of the past, producing a power-to-weight ratio that leads its segment.  We teased that the ATS Coupe is as “light as a feather” in our opening, and with good reason.  Starting from the lower-weight, high-strength steel suspension and the pounds shed in mass efficiency practices, the ATS Coupe weighs in at under 3,500 pounds parked.

With Cadillac’s mass efficiency discipline, the engines it offers produce a lot of power for such a svelte vehicle.  The first option is a 2.0L Turbo DI VVT engine that produces 272 horsepower while sipping fuel, providing up to 31 mpg on highway driving.  The premium option is a 3.6L V-6 DI VVT which boasts 321 horsepower without making much of an impact on fuel economy (28mpg highway).  While both engines are very speedy and efficient, the latter can carry the ATS Coupe past 60 mph in just 5.6 seconds. 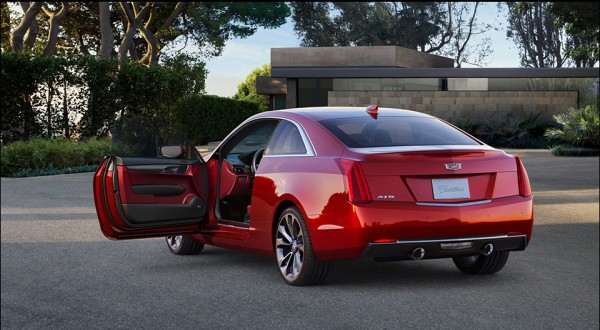 The design of the new ATS Coupe should be a case study in refinement and educated restraint.  The identity of the ATS is apparent at first glance, while subtle signs of progress work together to yield a more visually assertive vehicle.  The pitch of the windshield is pushed back 2 degrees.  The incline of the grill is slightly accentuated, and its chrome outline continues the visual pattern established on the hood lines.  The body rests a few centimeters wider in the front, and a few more centimeters wider in the back.  The roof is lowered slightly.  On their own, these changes sound quite understated, but collectively, they make the ATS Coupe a design to behold.  It is a natural evolution of the ATS series in design, a level of refinement that shows the right kind of restraint to curate the best parts of its own legacy.

The 2015 ATS Coupe also ushers in a new mark for Cadillac, namely an updated “crest” badge that omits the laurels wrapped around its center.  Now, the badge stands on its own, taking this slight facelift to every model that follows the new ATS Coupe.  It fits the “longer, lower, leaner” mantra that Cadillac has adopted, shown in the design of the ATS Coupe and the badge it bears on its chest. 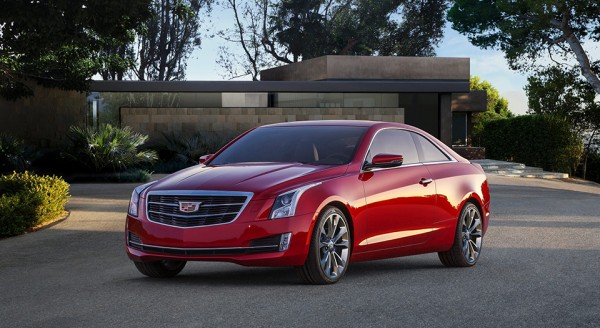 The 2015 Cadillac ATS Coupe will arrive this summer at Cadillac dealerships around the country.  Its price will be revealed closer to its delivery, and we imagine an American luxury ground-breaker like one this will be surprisingly accessible.