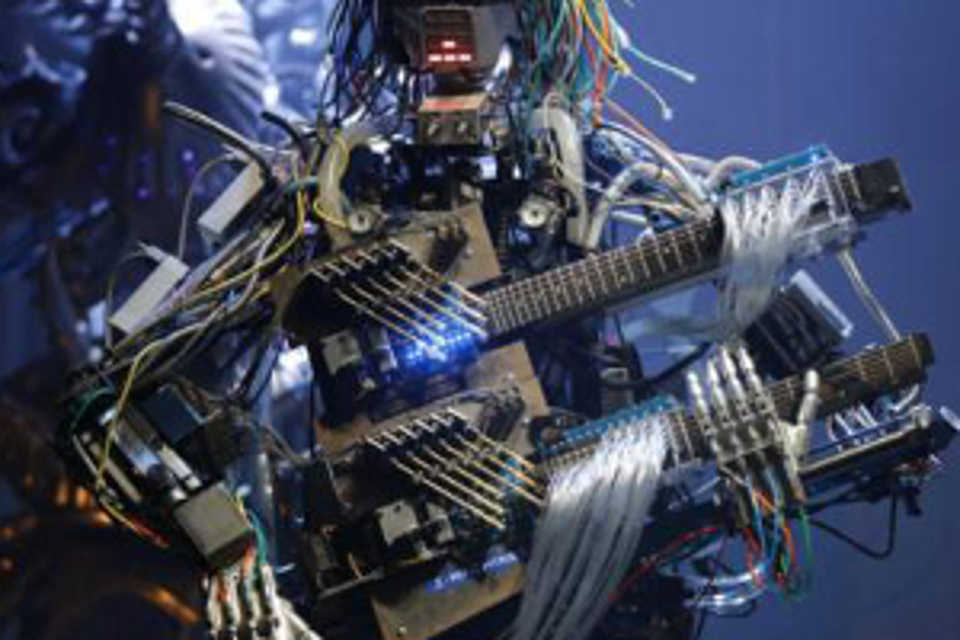 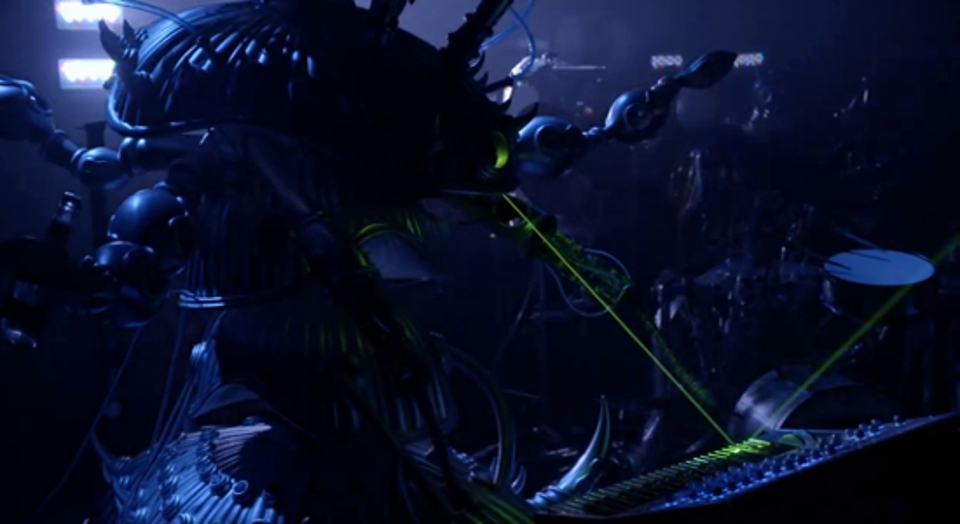 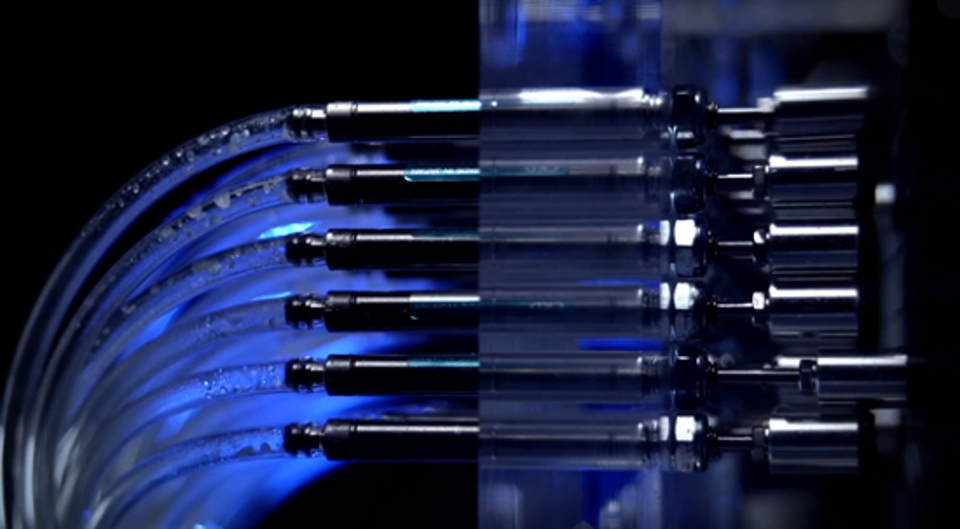 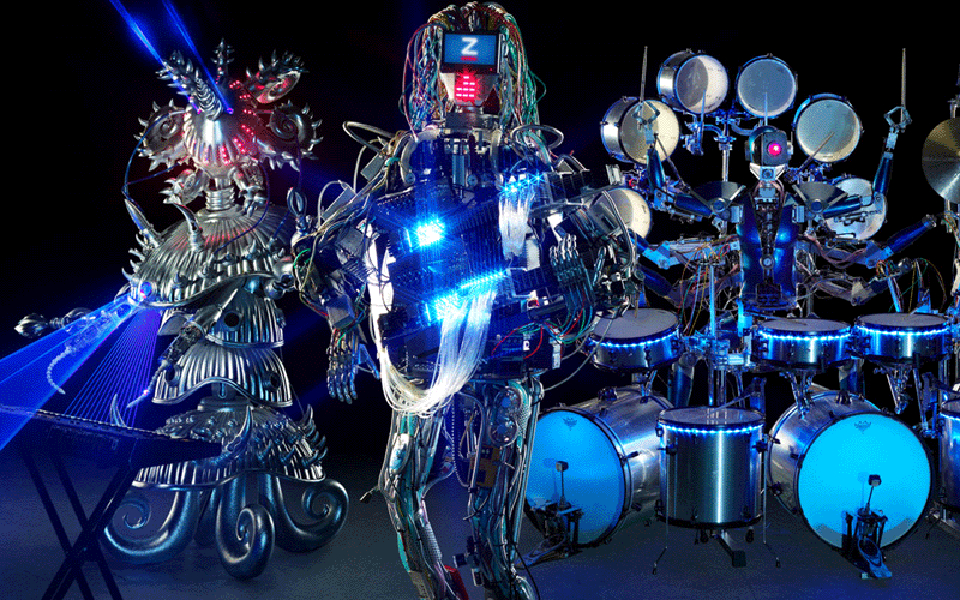 For those of you who aren’t already aware, there’s a band in Japan that goes by the name of Z-Machines. The group – which just started touring last Summer – is comprised entirely of robots. There’s a robotic drummer whose dreadlocks consist of wires and cables, a robotic guitarist with 78 fingers, and something that looks like a cross between  a spider, a Cadillac, and a washing machine. I think it’s the band’s keyboardist?

Anyway, Z-Machines has been garnering a great deal of popularity in the Japanese music scene of late – and they’re looking to expand their influence. Whoever heads the band recently made an offer to UK-based electronic artist Squarepusher to compose a song for the trio. Squarepusher happily responded, and the end result is a melody that’s equal parts haunting and upbeat, equal parts mechanical and emotional.

“My first idea was about the robots being sad because they are just treated by the public as entertainment machines, and all of their other qualities are neglected,” Squarepusher explained. “And so this sadness comes out in the music they play, and strangely becomes one of the reasons why the public likes them because they seem to be able to evoke strong emotions in their audience. But when the public goes home, the robots play their own music which is more fun and to do with their playful aspect – they think back to being young robots, before they were employed in the sphere of public entertainment, and remember the silly antics they used to get up to. So the first section of the piece is them entertaining the public and being sad, then the second section is them having fun when the public goes home, and lastly the third section is when the public comes back and they are sad again.”

For Squarepusher, this gave him an opportunity to explore a new frontier of music: namely, machine music. According to him, the assumption is that for music to be emotionally powerful, it needs to come from a human hand. Sad Robot Goes Funny, then, is something of a demonstration of his disagreement – “I enjoy proving those people wrong,” he said.

The song’s definitely an impressive feat, but I wouldn’t expect a robotic Jimi Hendrix anytime in the near future. Though Squarepusher’s song is undoubtedly emotional, there’s still a somewhat mechanical quality to it, perhaps owing to the fact that the 78-fingered guitarist does things no human being would be capable of – and, at the same time, what it’s cannot do.

Still, the simple fact that we’ve got a robotic band going on tour and playing in music videos is incredibly impressive, no? Just think about what could be coming next. 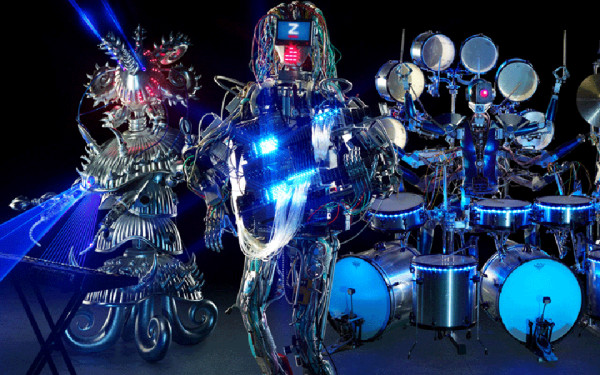