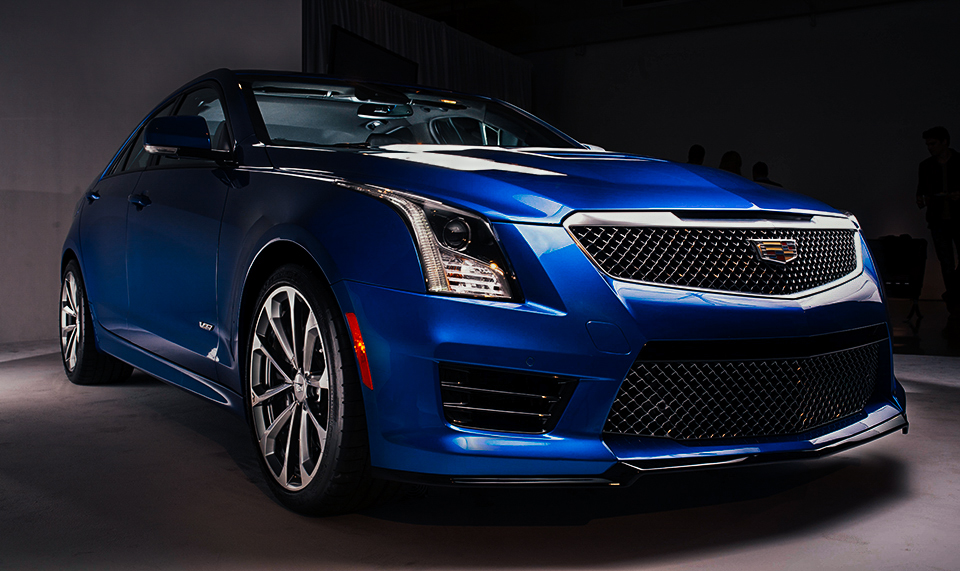 A new star is born, as the 2016 Cadillac ATS-V is unveiled to a select crowd.

LOS ANGELES – The romantic notion of a private event in Hollywood conjures certain images. There’s champagne, caviar, suits and skirts — and perhaps the birthing of a star. All were present at Milk Studios Los Angeles on Tuesday, November 18th. On this evening, Cadillac revealed its latest flagship, the 2016 Cadillac ATS-V. It was the fastest Cadillac ever built, and it was introduced to an exclusive, excited audience that traveled from around the world to witness its arrival. 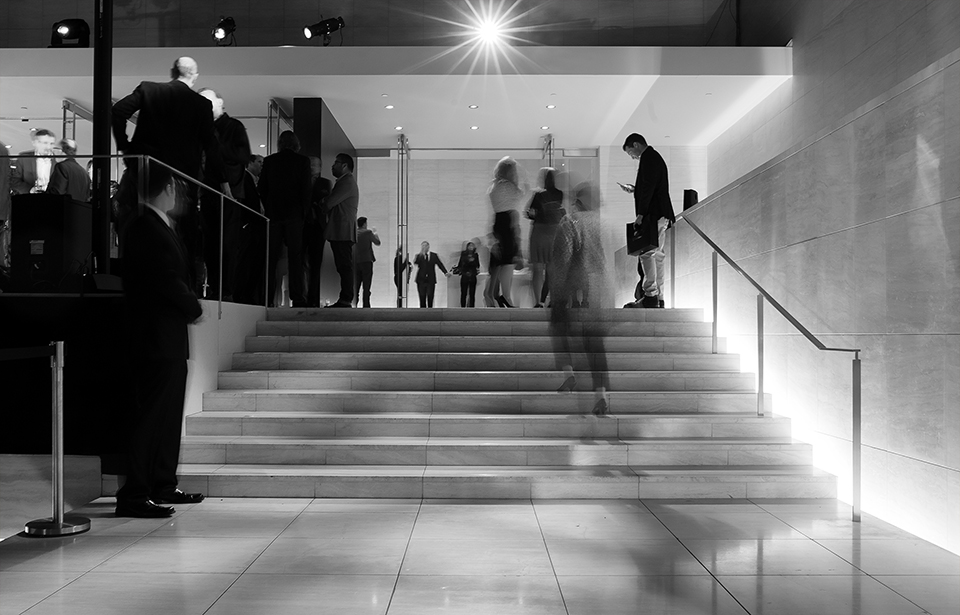 Milk Studios Los Angeles was well-suited to such a revelation. It represents a creative intersection of film, fashion, music and photography, an all-purpose production house in central Hollywood. Like the 2016 Cadillac ATS-V it hosted, Milk’s design is modern, almost monolithic, with a clear functional purpose. Its lines are straight and firm, its spaces are flexible and dynamic, its utility is precise and nuanced. It’s the perfect place to introduce a high-performance luxury car, and its architecture set the tone for what was about to arrive. 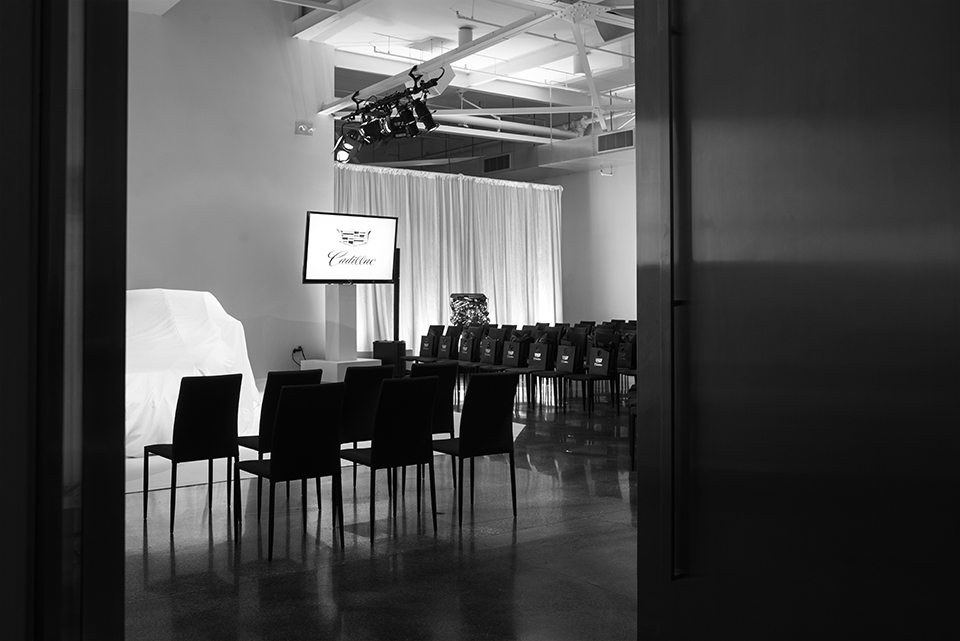 The doors to Milk’s Studio 4 opened to present rows of chairs facing a cloaked vehicle in the corner. Beneath the cloak, the 2016 Cadillac ATS-V sat silently, awaiting its unveiling. After a few words from Executive Chief Engineer David Leone, the veil was lifted and the newest Cadillac flagship was officially born.

To the surprise of the audience, Leone introduced the 2016 Cadillac ATS-V as the fastest Cadillac ever built. It is powered by a Twin Turbo 3.6L V-6 engine that produces 455 horsepower, enough to propel this vehicle to a new peak speed for the brand. Like its most recent V-series predecessor, the CTS-V, the new ATS-V can go from 0 to 60 mph in just 3.9 seconds. Where the ATS-V breaks ground is on the top end, climbing to a blinding 185 mph. 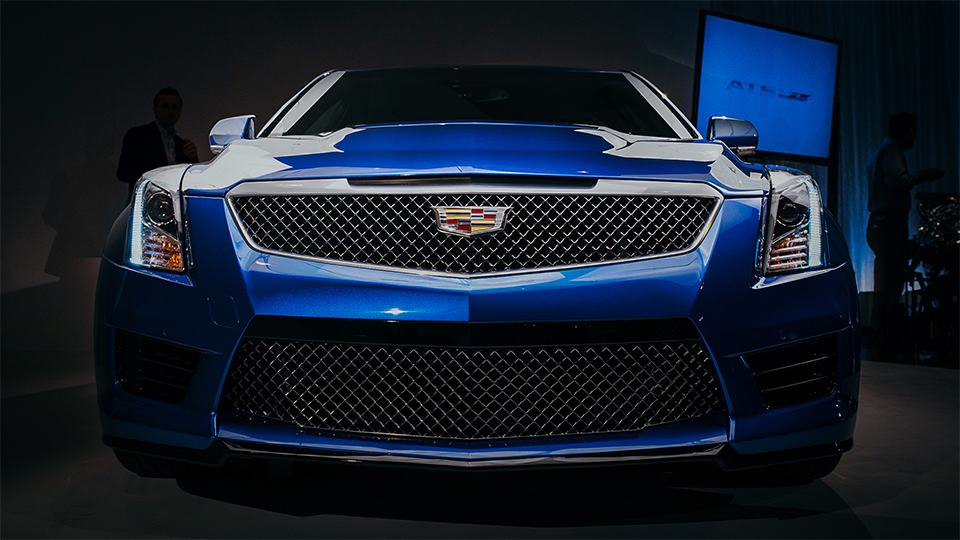 The heartbeat of the 2016 Cadillac ATS-V is mated to either a six-speed manual transmission or a paddle-shift eight-speed automatic. Those who desire the control of the manual transmission will be treated to a new feature called “no-lift shifting”, where a driver can shift gears without lifting his foot off of the accelerator. Just pop the clutch and shift gears, and the ATS-V will adjust without sacrificing acceleration.

There are cars built for Sunday drivers and cars built for stoplight warriors, but the new ATS-V was built for racecar drivers. The goal of the engineering team at Cadillac was to deliver a track-ready vehicle right out of the factory. No need for heavy (and costly) customization. 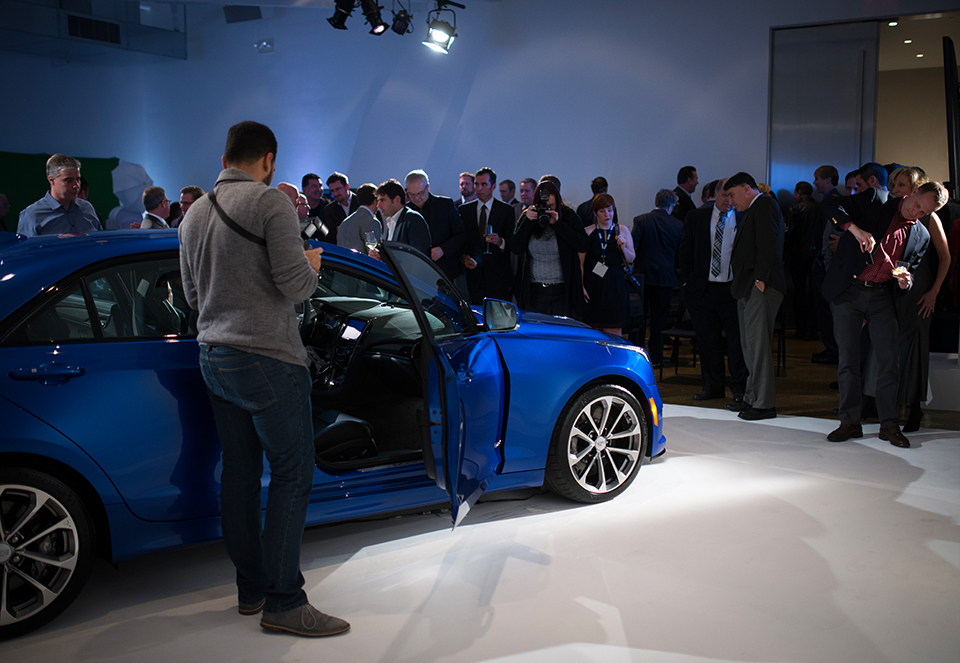 The excitement of the crowd at Milk Studios was clearly shared by David Leone and Andrew Smith, the Executive Director of Global Cadillac Design. Both spoke with evident pride about the 2016 Cadillac ATS-V’s mechanical development and design evolution.

Once the unveiling was complete, Leone and Smith joined the onlookers around the ATS-V. This wasn’t your typical auto show car release — it was an exclusive Hollywood event, and the star of the show and its producers were elbow-to-elbow with the rest of the party. 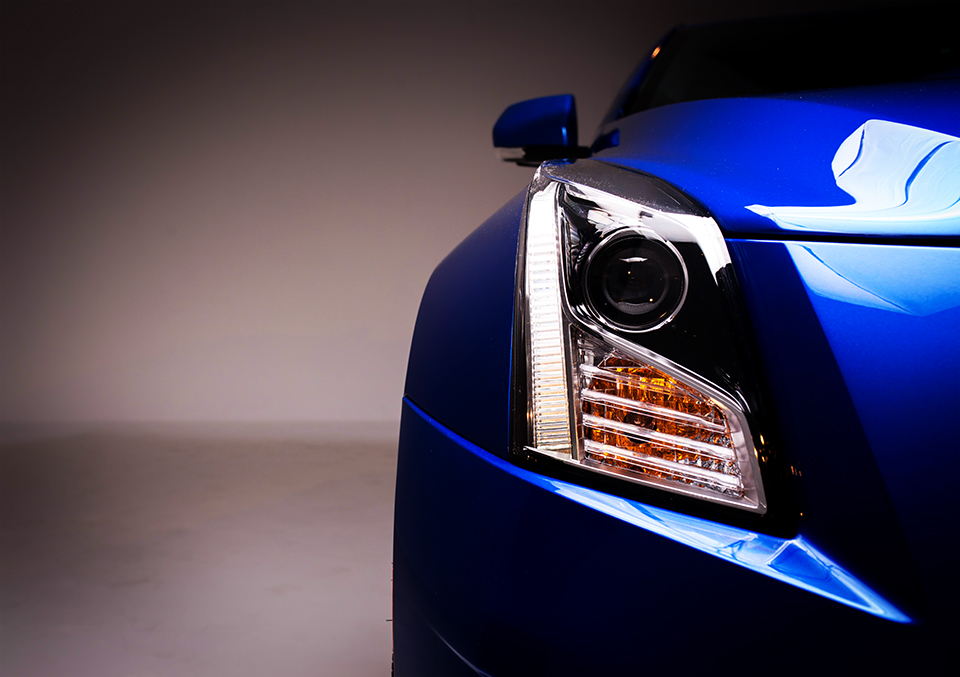 The story of the 2016 ATS-V is clearly about performance and engineering, but the crowd at Milk Studios was taken with the vehicle’s design. A standout in the compact luxury segment, it has a commanding presence, thanks in part to its pronounced hood vent and enlarged grille. These design elements are performance-guided, as they combine to increase front-end airflow and reduce lift. In the case of the ATS-V, function clearly dictates form.

Beyond the raw performance specs, there’s a lot more to the engineering of the newest Cadillac. There’s a high-performance lubrication system that maintains optimal oil pressure as the vehicle handles lateral maneuvers. There’s low-volume charge-air cooling that provides cooler, denser air to the combustion chambers for increased performance. The twin turbochargers are an engineering feat in themselves, featuring featherweight titanium-aluminide turbines that waste as little energy as possible. 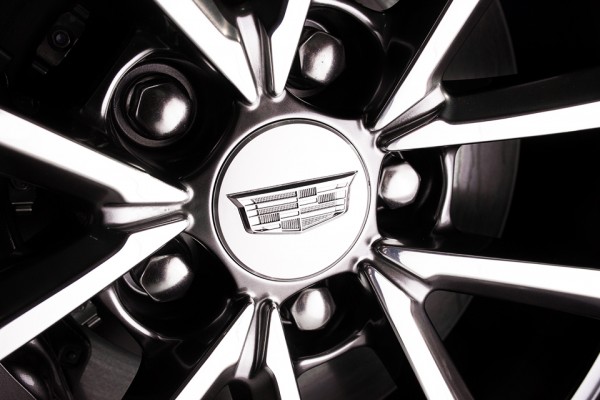 The power of the 2016 Cadillac ATS-V meets the pavement with a set of 18-inch alloy wheels sporting Michelin Pilot Super Sport tires. Inside, standard Brembo brakes provide high-performance braking for track conditions, which will be more than enough for the average commute. 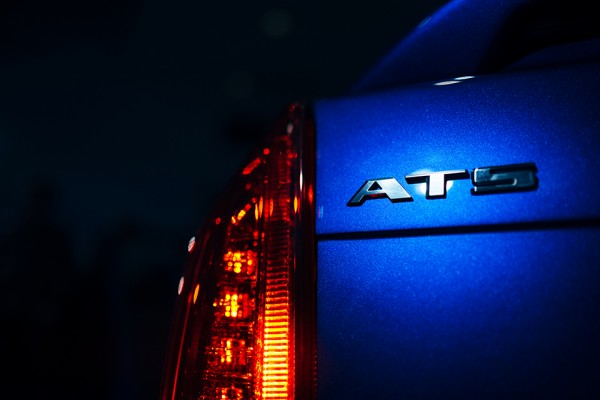 In addition to its high-performance engineering, the ATS-V is very much a technological creature. It features the Cadillac CUE information, communication and entertainment OS atop the center console. For performance drivers, the ATS-V offers a Performance Data Recorder that captures detailed information about the driving experience. Drivers can share this performance data with other Cadillac drivers or the world on social media. All this is controllable by touchscreen or voice control — an obvious advantage over competitors that are still in the button-and-dial dark ages. 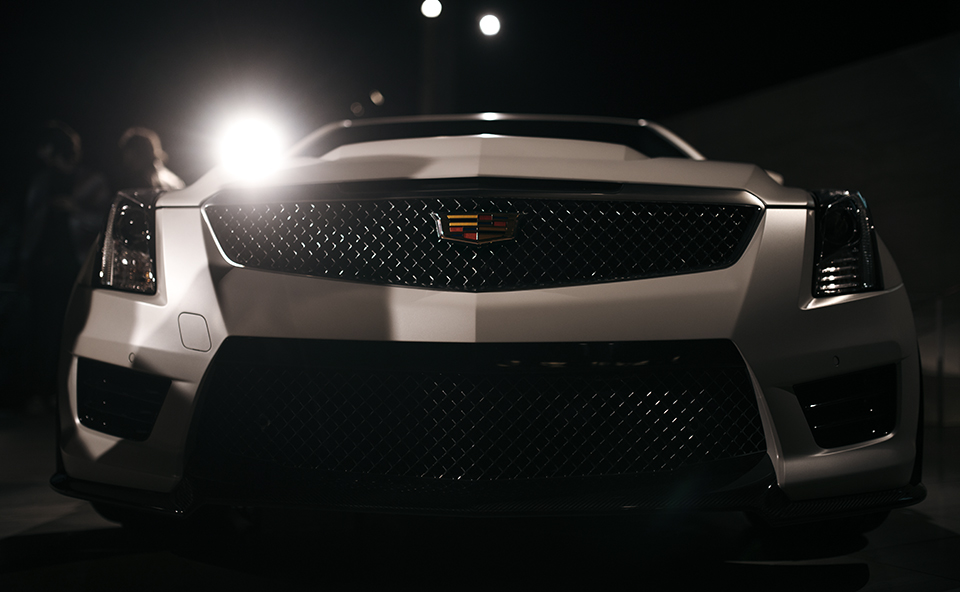 The reveal of the 2016 Cadillac ATS-V was effectively a 2-for-1 event. After the unveiling of the stunning blue sedan, a matte white coupe was revealed to a larger crowd outdoors. The coupe presents the same transmission options as the sedan, albeit in a sportier two-door package. 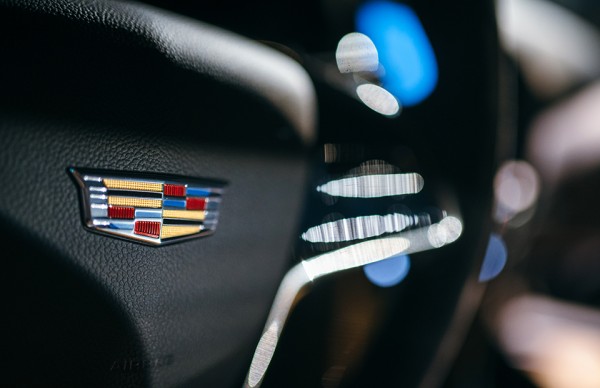 Inside, the new ATS-V is very much a luxury vehicle. There’s enough leather, carbon fiber and suede for any high-comfort driver, but it’s all built into a performance-minded seating package. Like the body design, the interior conveys the track-capable nature of this vehicle. It’s luxurious and tech-connected but ready to hit the track at a moment’s notice. 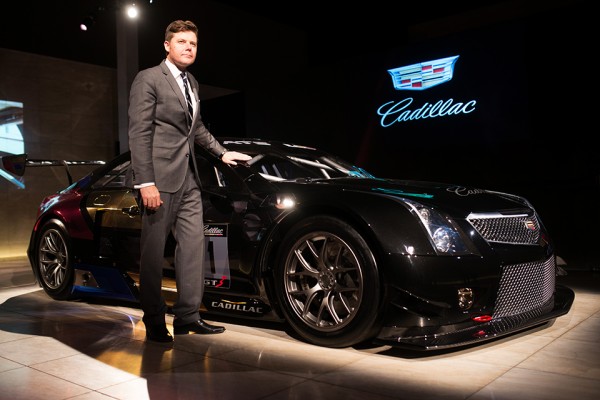 Andrew Smith, David Leone and others had plenty to be proud of at the unveiling of the 2016 Cadillac ATS-V. It’s a truly exceptional car, a historic offering from Cadillac that sets a new bar for compact luxury. Its Cadillac Twin Turbo engine will be a pacemaker for this and other vehicles in the years to come, as it evolves right along with the brand.

Hollywood was the ideal location for this quintessential private feature release, complete with all the champagne, caviar and industry celebrity one could imagine. It culminated in the birth of a new star: Cadillac’s latest work of American luxury and performance, its fastest driving experience yet.

The 2016 Cadillac ATS-V will officially launch in Spring 2015, but prior to that it will make the traditional auto show circuit around the U.S. It was immediately the talk of the town in Los Angeles, and that bodes well for this star’s future. 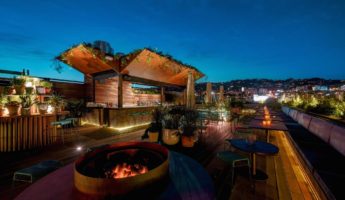 Above the Smog: 17 Best Rooftop Bars in Los Angeles 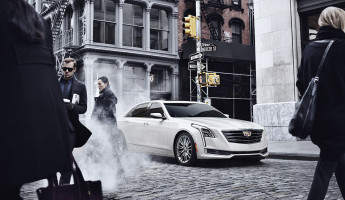