Abandoned World Cup Stadiums to Housing of the Future?

Football stadiums and other sporting areas have been proven to have little to no long-term economic benefits, which is troubling when you consider the fact Brazil spent $3.6 billion on this year’s World Cup venues. Instead of letting them lie empty, two architects have proposed converting the stadiums into blocks of affordable housing. It’s called Casa Futebol, and while the idea might seem improbable, it raises important questions about why host countries are forced to spent so much money on single-use architectural projects that could be put to better use elsewhere.

The idea was floated by French architects Axel de Stampa and Sylvain Macaux, who have been have been proposing solutions to architectural issues every week for the past 29 weeks on a site called 1 Week 1 Project. In the example below, modular housing units have been designed to fit between the concrete pylons that runs around the outside of the stadium. With 12 different stadiums around Brazil, the design would need to be altered for each venue, which could involve replacing parts of the stands for some.

Architects designed the houses so that the stadium could still function as an event space, with part of the money raised from ticket sales being used to finance construction and maintenance of the dwellings. Residents might have to deal with some noise pollution, but it would also mean getting front-row seats to events all year round. The grounds themselves could also be used as public parks, which would provide a place for the community to meet and engage in some regular exercise. 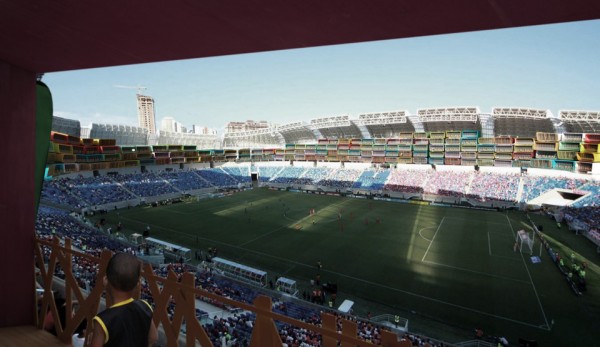 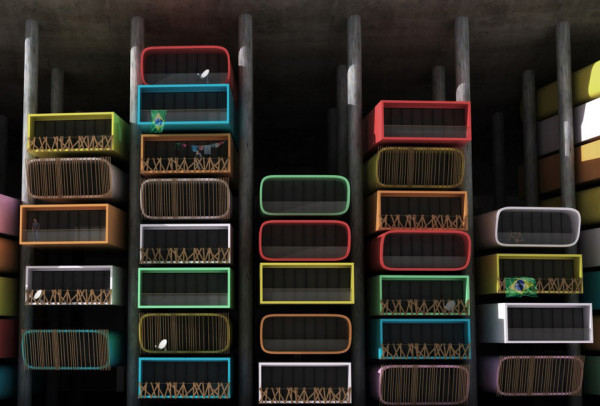 Architecture
Can These 10 Pop-Up Housing Concepts Change the Way We Think About Urban Living? 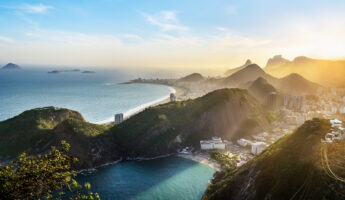 Architecture
Contemporary Cabins: 10 Designer Retreats in the Wilderness
TheCoolist is supported by our readers. When you buy through links on our site, we may earn a commission. Learn more.
Let's connect
What’s Hot
Join TheCoolist
100% free, unsubscribe anytime.