Backpacking northern California-style ought to be on your bucket list. But with so much natural beauty, it can be hard to know where to start. We review 7 essential trails and parks emblematic of the region’s riches below.

There is no better way to escape the thick fog of the Bay Area than escaping into the Northern California wilderness. There is so much to explore and immerse yourself in: Expansive wilderness, moody coasts, dramatic mountain ranges, and lush hardwood forest through the state’s diverse backpacking trails. 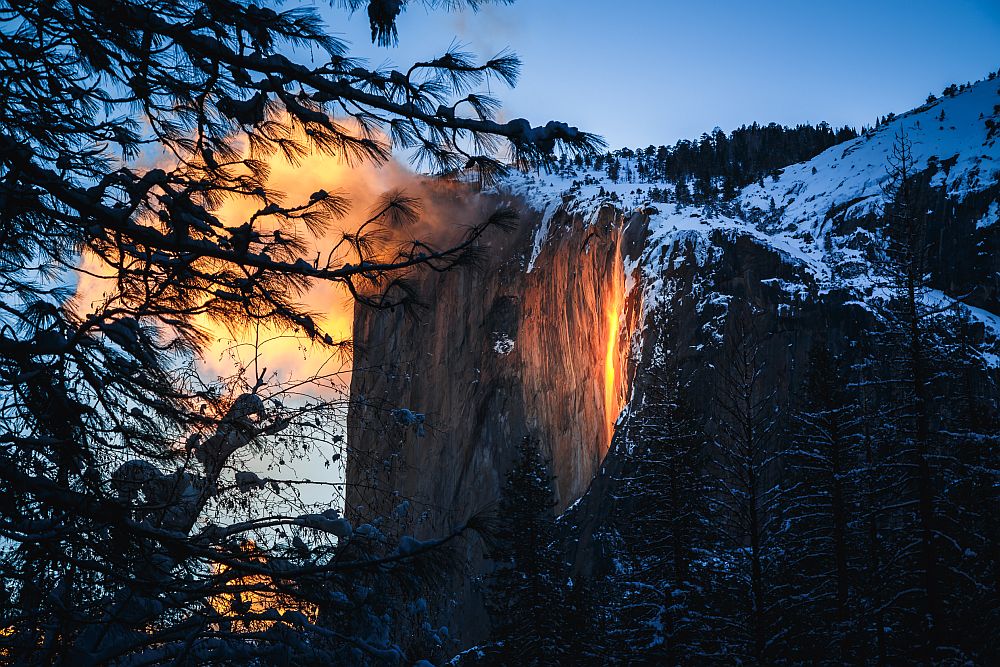 Don’t know where to begin? No problem. We’ve compiled this list of some of the best backpacking trails in Northern California for your bucket list.

Backpacking takes you away from the crowds and into the great outdoors, and can be a life-affirming activity. Northern California is home to some of the most dramatic countryside in the US, and calls out to intrepid hikers from around the world. While there are more trails and parks worth your time than we can cover in a single article, the seven below will give you a taste for the incredible west-coast wilderness. 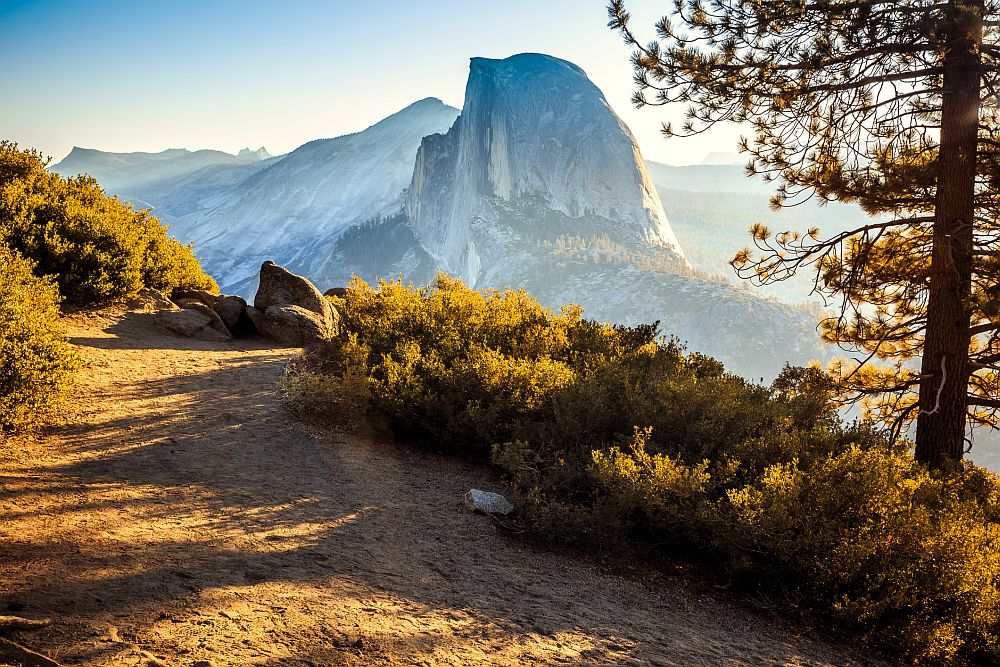 Yosemite is a magnificent natural destination and a backpacker’s haven. Filled with soaring rock formations, alpine lakes, and towering redwoods and sequoias, Yosemite National Park is paradise on Earth. The 700,000-acre park also has some of the most captivating waterfalls, as well as over 750 miles of scenic trails. The “father of the National Parks” John Muir is said to have loved Yosemite in particular, famously spending three days camping with President Teddy Roosevelt.

Yosemite has infinite opportunities for every type of backpacker. Some of its trails are simple novice tracks, while others are for the toughened veteran. Keep in mind the area’s complex weather patterns, however. It might feel like Spring in the foothills of the Sierra Nevada, but bite like Winter at higher elevations. In general, the best times to visit Yosemite are September and May; though inopportune weather can occur and block off certain trails at any time of year. That said, the traffic flow to the park is lower and the waterfalls will be at a roar in late May.

Here are two Yosemite National Park backpacking trails you should not miss:

Tuolumne Meadows is a grassy wilderness interspersed by lofty peaks and granite peaks, with some of the grandest trailheads in Yosemite. This area includes Murphy Creek, Sunrise Lake, Cathedral Lakes, and the Glen Aulin backpacking trails. We recommend you start at the picturesque Sunrise Lake track to launch your tour of the Tuolumne Meadows.

The areas is marked by contrast, with peaks of towering 8,600-foot elevation as well as the low, meandering Tuolumne River. The meadow itself is a nature lover’s heaven with serene vistas, but the region has more adventurous offerings for the intrepid backpacker. The Glen Aulin area, for instance, has a stunning steep and secluded canyon.

You will love its epic granite walls, swirling pools, rapids, and waterfalls. Some other attractions in the meadow’s vicinity include the California Falls and the Pate Valley river pools. Go up the steep Tuolumne Canyon and have yourself a breathtaking view of this John Muir classic trailhead.

The Yosemite Valley is a geological wonder. It is a 4,000 feet gully, encased by some of the most majestic rocks and cliffs that you have ever laid your eyes on. The imposing grandeur of these rocks and valleys so inspired John Muir, that he named Yosemite Valley, the ‘incomparable valley’. Some trailheads in this region include the Happy Isles to Sunrise Lake, Illilouette Falls, and Little Yosemite Valley. There is also the Glacier Point, Pohono Trail, Yosemite Falls, and the Mirror Lake to Snow Creek trails to consider–the options are almost overwhelming!

At Glacier Point, you will enjoy a dramatic view of the Valley–one the park’s most iconic landmarks. The precipices and peaks amidst a rosy-glow sunset is a killer photo op no backpacker should miss. You can get to this location via the scenic, but tough Four Mile Trail.

What’s more, Yosemite Valley features three of the world’s most breathtaking waterfalls, including Sentinel, Ribbon, and Yosemite Falls. The latter also happens to be America’s tallest, and draws backpackers from all over to enjoy its mist, rainbows and the astounding view from its base. The falls are at their best in late May and early June. 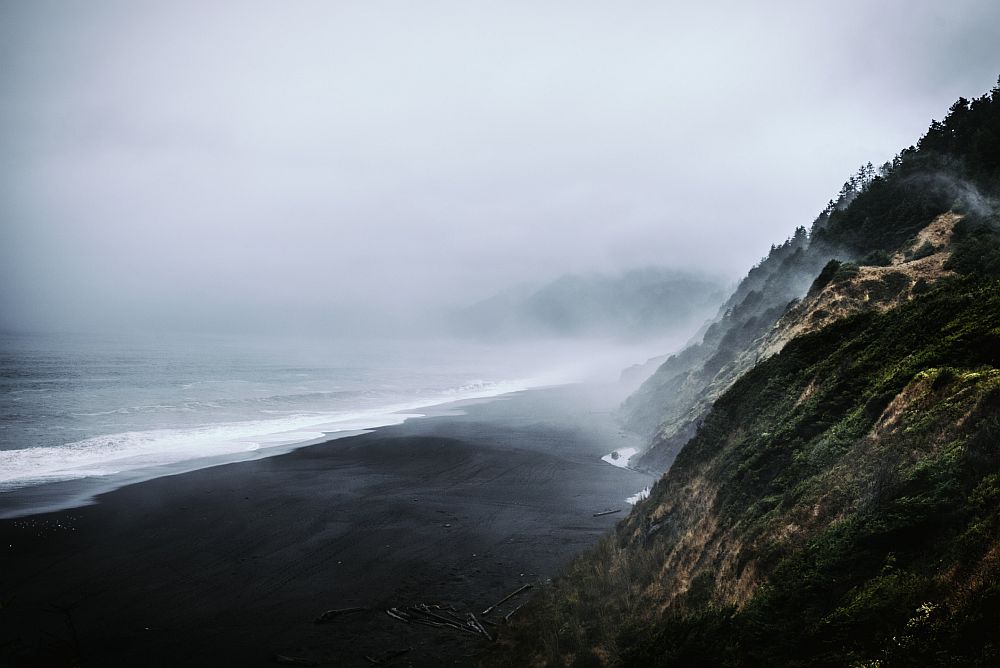 The Lost Coast an imposing, rugged stretch of California’s coastline, and one of the few coastal hiking trails in the US. It gets its name from the fact that twice per day at high tide, entire stretches of the black sand beach disappear beneath the waves.

Unlike so much of Northern California, there is really little sign of civilization. You won’t find major highways rolling through, nor ostentatious mansions in the mountainous terrain. Instead, there’s just untouched wilderness as far as the mist will allow the eye to wander.

The most popular part of the Lost Coast trail is in the north, lying between the Mattole and Shelter Cove. It is a 24.6-mile trek, wandering through Black Sands beach. Try to visit between May and early October, when the Pacific Ocean maintains a temperate ambiance. Wind and rain can be an issue (not to mention high tide roadblocks), so make sure you come prepared with rain gear and some gaiters in your backpack. 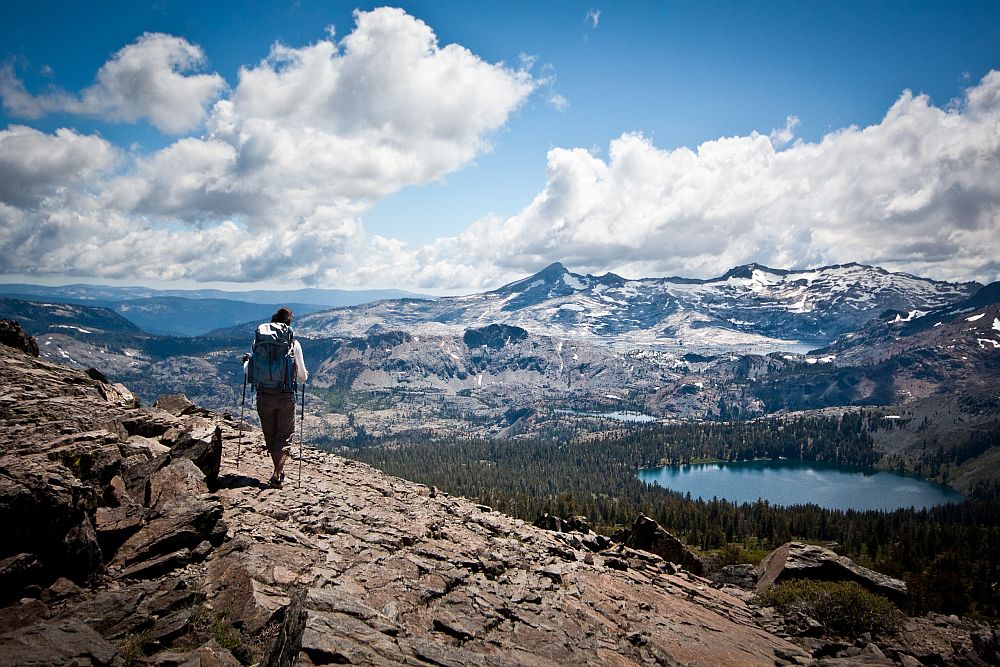 Tucked between Lake Tahoe and the towering crests of the Sierra Nevada, you’ll find unforgettable views of granite peaks, glacial lakes, and vast stretches of federally protected flora and fauna. You might spot a bald eagle or two, though have your mace handy in case you run into a bear or mountain lion. As the air gets frosty and the weather is finicky, be sure to come prepared to stay warm and dry.

Desolation Wilderness has 14 trailheads of various difficulties to choose from. Here are the most memorable of its backpacking trails.

With cobalt blue fresh water lakes and ample hiking opportunities, the 10.8-mile back trail straddled by Mount Tallac and Lake Tahoe is one of Desolation Wilderness’ most popular hikes. Gain some elevation, set up camp, and then look east for an absolutely stunning sunrise over water.

Just be aware that this rugged, granite-littered trail offers minimal tree cover. Thus, exposure can be a concern during the day, so be sure to stay hydrated and plan to do the bulk of your hiking in the morning and early evening hours.

Eagle Lake Trail is a short 2.4-mile trail near Tahoma. It has a moderate hiking challenge, and thus usually attracts significant foot traffic.

The lake sits right under North Maggies Peak, offering a place to enjoy a cold swim amidst an impressively mountainous backdrop. You can also explore numerous creeks and waterfalls without getting too far off the beaten path.

Because of its short length and relative ease, Eagle Lake Trail is popular with dog-owners who don’t mind keeping their four-legged friends leashed along the way. Just be aware that parking can be limited, so come early. 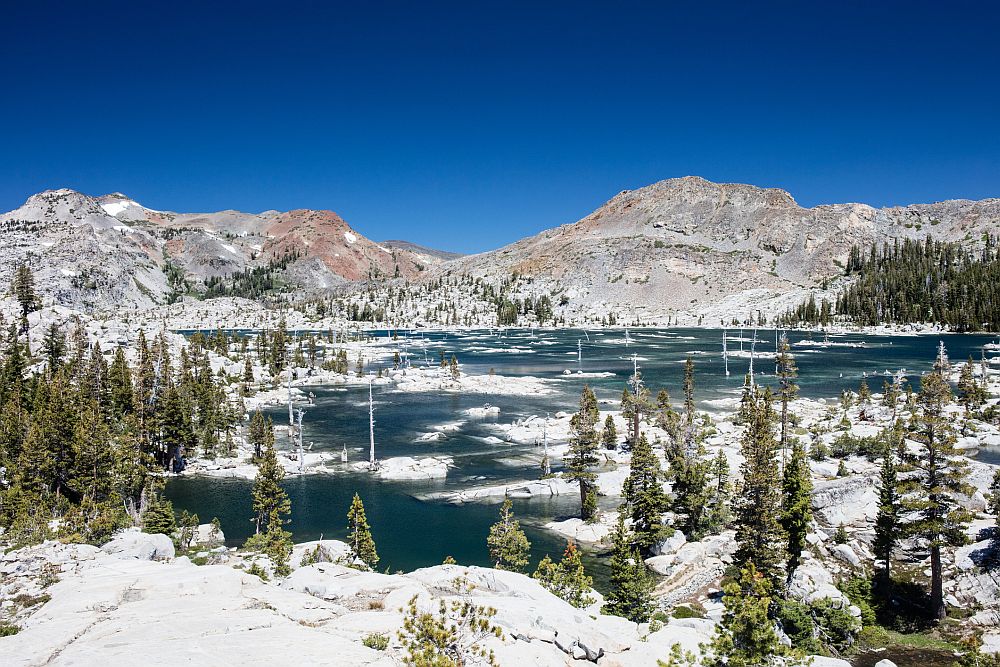 The Lake Aloha Trail runs through 12.5 miles of glacial basin. It’s famous for its incredible density of shallow lakes, and is a popular overnight destination for backpackers.

Lake Aloha is Desolation Wilderness’s largest water body, and its blue opal waters surrounded by the Pyramid Peak’s granite walls make for a remarkable sight. The area is also base camp for explorers that come to hike up the Crystal Range’s multiple peaks. 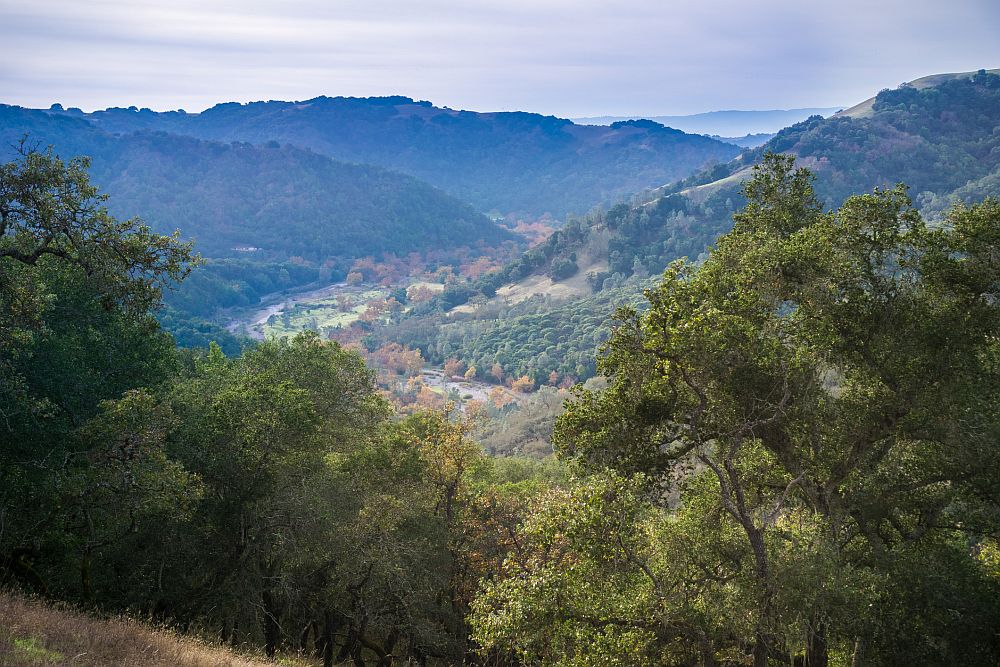 Henry W. Coe State Park is northern California’s largest state park, with over 7,000 acres of land. It’s also one of the best-kept secrets within a stone’s throw of the Bay Area. Those in the know often seek-out its expansive wilderness as a much-needed retreat over a long weekend.

The terrain is a mishmash of rolling wildflowers, Californian savannah, magnificent valleys, lichen-covered boulders, and black oak trees. The views aren’t as dramatic as Yosemite or Desolation Wilderness, but it has a unique charm all its own. Verdant creeks brimming with fauna meander through Henry W. Coe State Park, inviting you to adopt a similarly placid pace to take it all in. 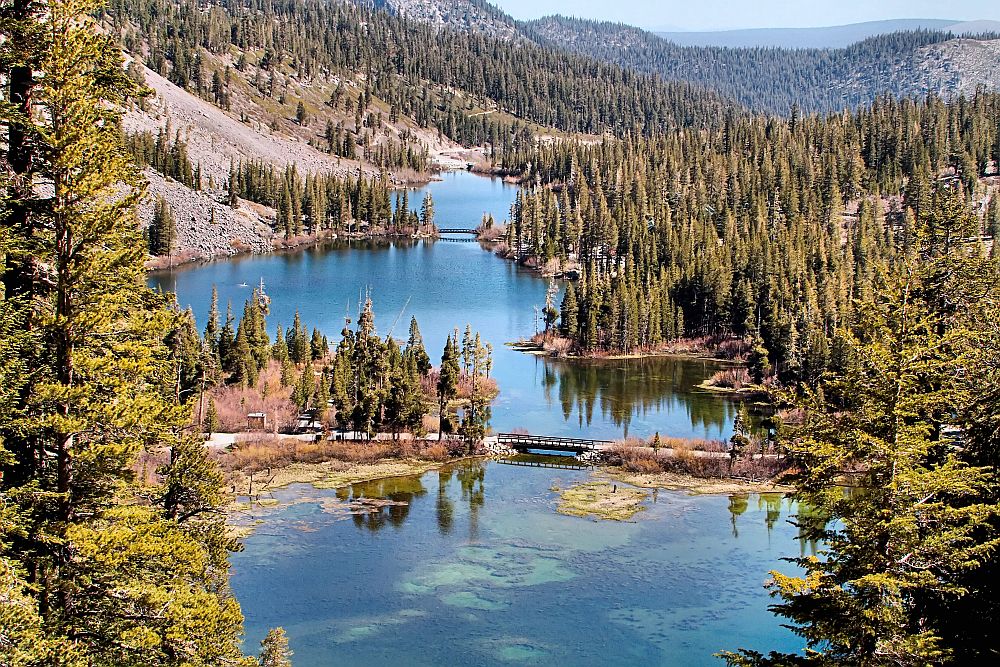 Unlike many of the wetter entries on our list, the Eastern Sierra region offers the stunning backpacking northern California is known for all year-round. Featuring craggy peaks, sprawling meadows dotted with wildflowers, and lush streams, the Mammoth Lakes Basin in Inyo National Forest is nothing less than captivating.

You can access most of the Mammoth Lakes trailheads by car, so you will find it an easy area to explore. This area is a backpacker’s wonderland full of clear lakes ringed by jagged mountains. There are also acres upon acres of pine forests that provide deliciously clean alpine air.

Sitting at just under 10,000 feet of elevation, Minaret Lake is one of the Mammoth Lakes Basin’s most popular backpacking posts. Amidst the Ritter Range, you’ll marvel at the calm waters contrasting against the sharp spire of the Michael Minaret. Follow Minaret Creek to reach this location.

You can also trek through the Mammoth Lakes back trails to reach Tuolumne Meadows for an extended trip. 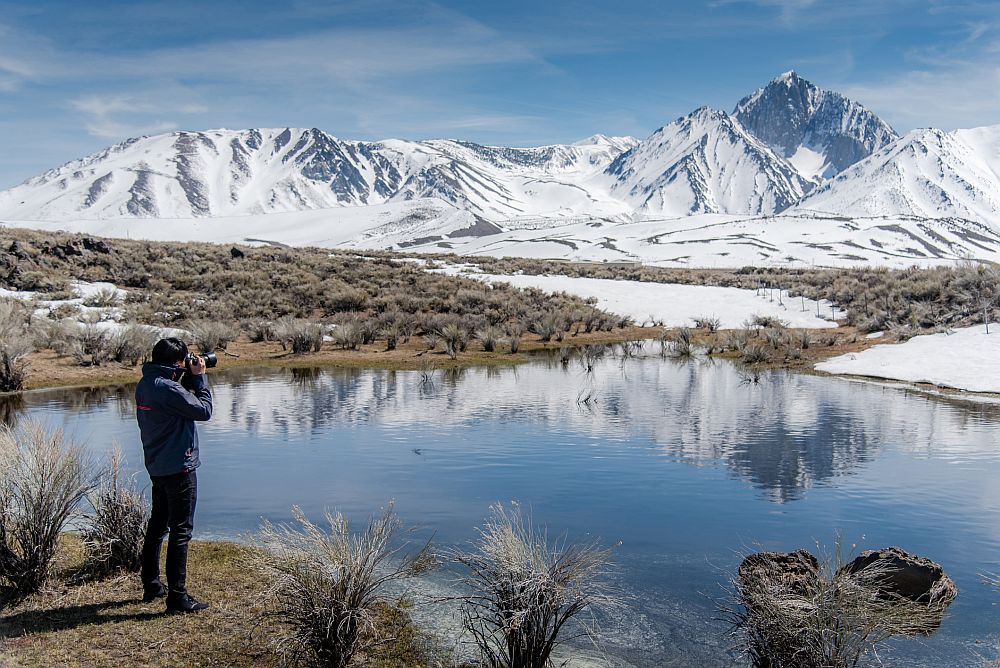 Mammoth Mountain is the starting point of the best Eastern Sierra explorations. Use its tracks as an escape to the backcountry, with dramatic peaks as a your sole company for a night or two. You can access the John Muir Trail from here and go along the Pacific Crest Trail. Up Mammoth Mountain, you will have amazing views of the Minarets, Reds Meadow, Ritter Range, Ansel Adams Wilderness, and the Central Valley.

Other exciting trails near Mammoth Mountain include a trip to Garnet Lake, Duck Lake, and Ediza Lake. The Duck Lake area has gorgeous wildflowers in summer, and you can view vast expanses of the John Muir wilderness from here. Ediza Lake is a great fishing spot. 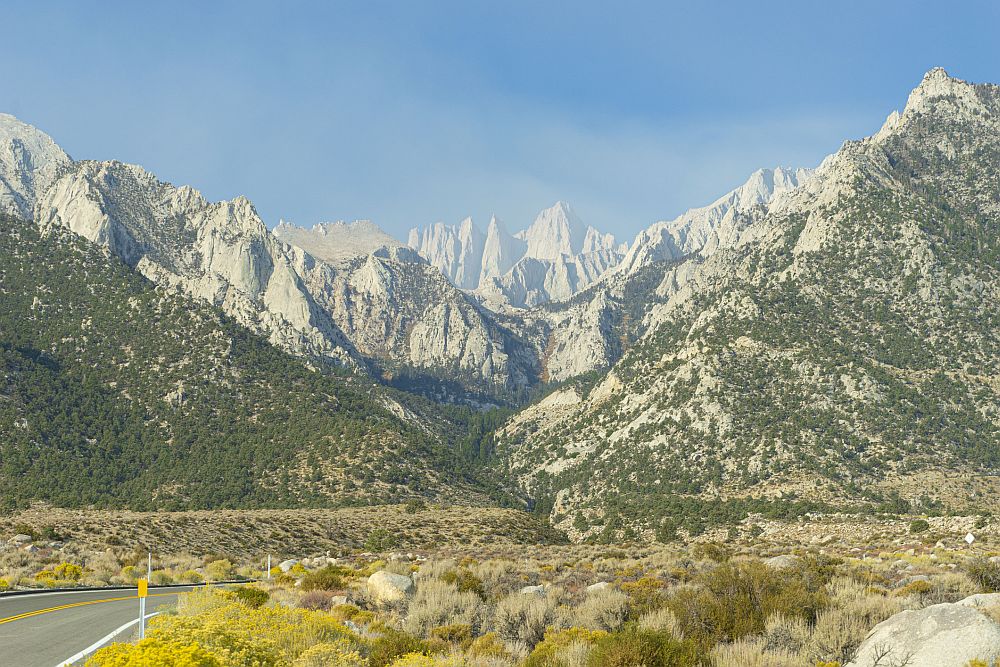 The John Muir Trail (JMT) is the most popular hiking trail in North America. At 211 miles, it meanders through the Yosemite National Park ascending to Mount Whitney’s summit. You can cover the JMT as a thru-hike, but most complete it in sections. Section 4 of the JMT passes through Woods Creek to Mount Whitney, the highest point in the US.

It is the most memorable of the long JMT stretch, taking you through the beautiful Rae Lakes Basin. It has many trout fishing opportunities and is also a climbing trail going through the high altitude of Glen Pass, Forester Pass, and Mount Whitney. At the end of the trail, you will have traversed through some of the most scenic backpacking northern California has to offer.

There are so many backpacking spots in northern California awaiting the avid explorer. Heed their call, escape the city and immerse yourself in their overwhelming natural beauty.

Tell us about your adventures below! 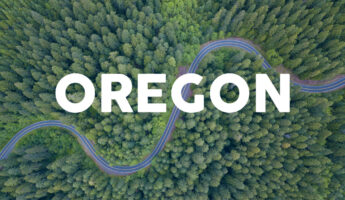 Travel
18 Most Beautiful Places in Oregon for Great Adventure 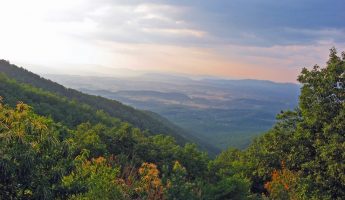 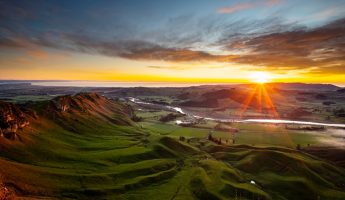 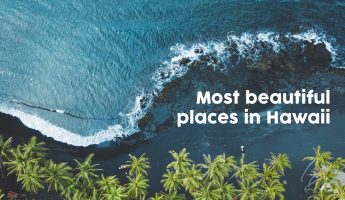 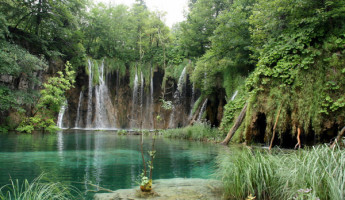 Architecture
Green Roof Design: 10 Stunning, Sustainable Works of Architecture
TheCoolist is supported by our readers. When you buy through links on our site, we may earn a commission. Learn more.
Let's connect
What’s Hot
Join TheCoolist
100% free, unsubscribe anytime.