10 Best Fitness Trackers for The Lazy and The Lively 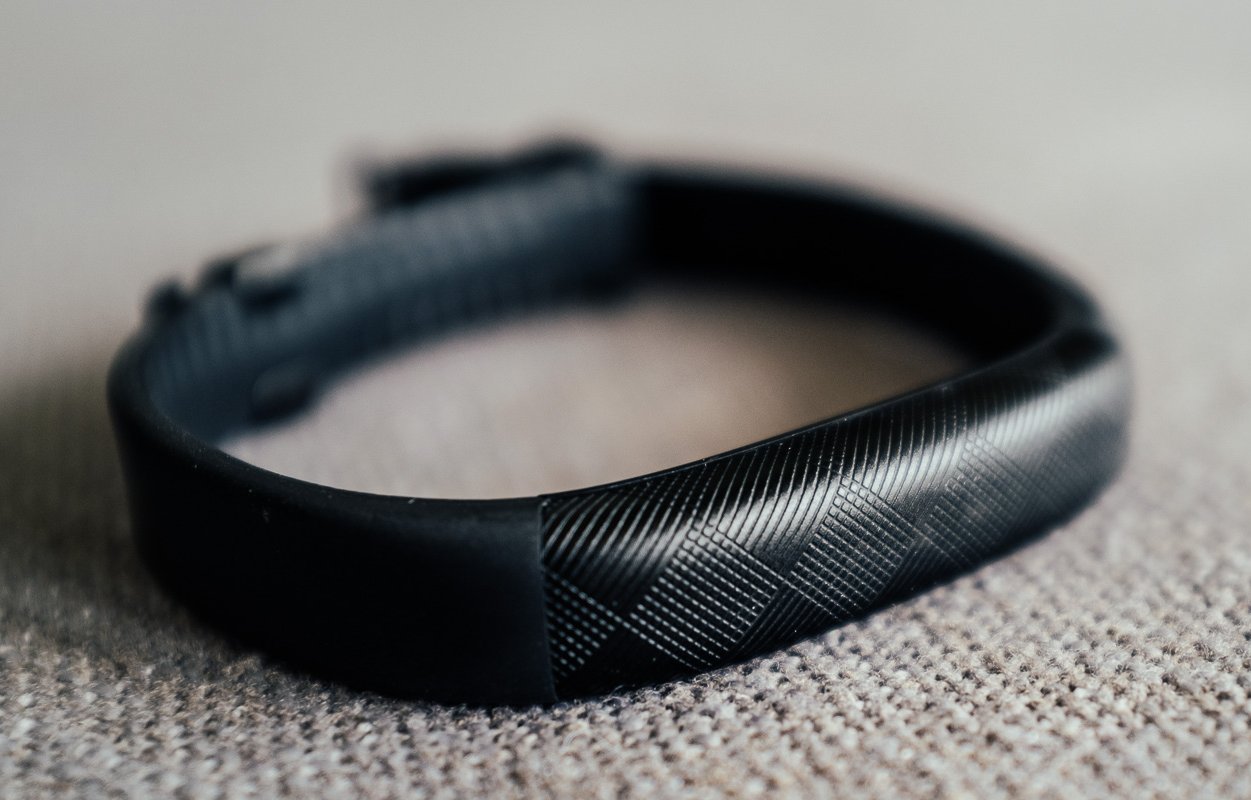 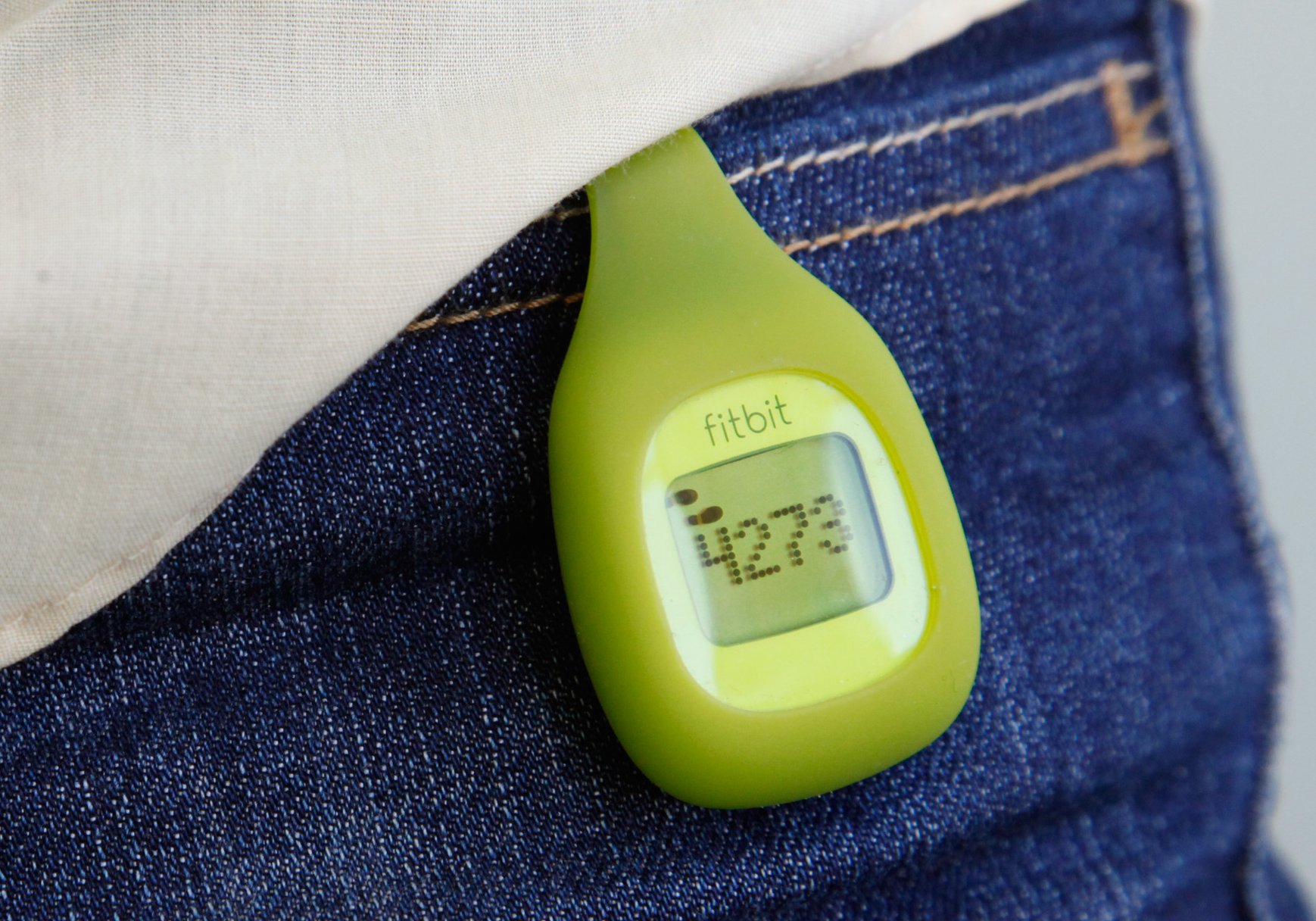 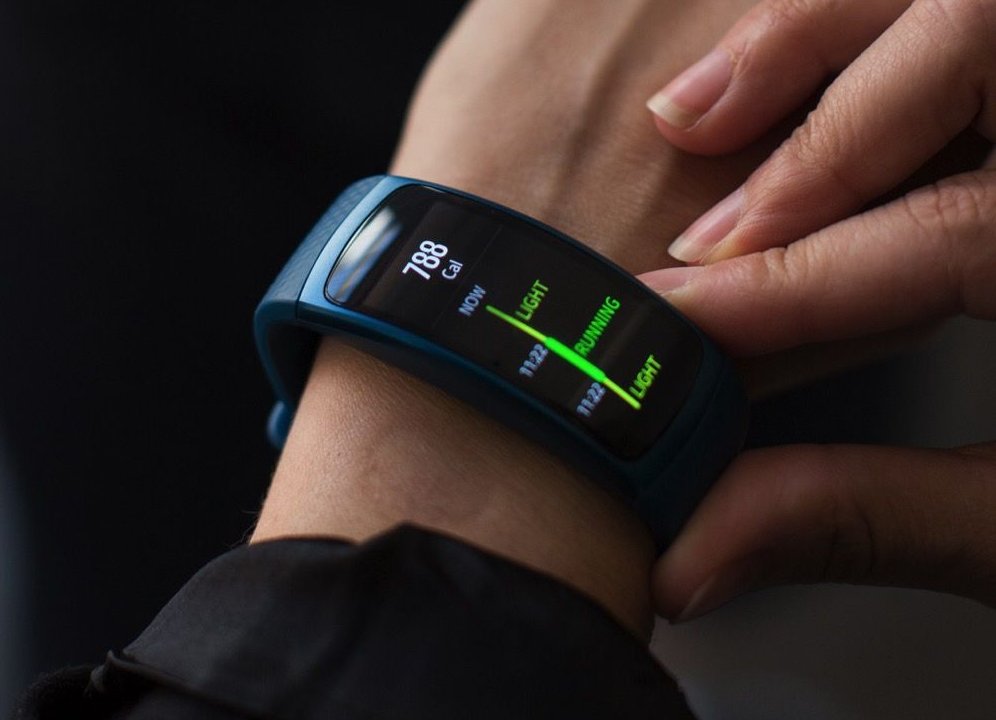 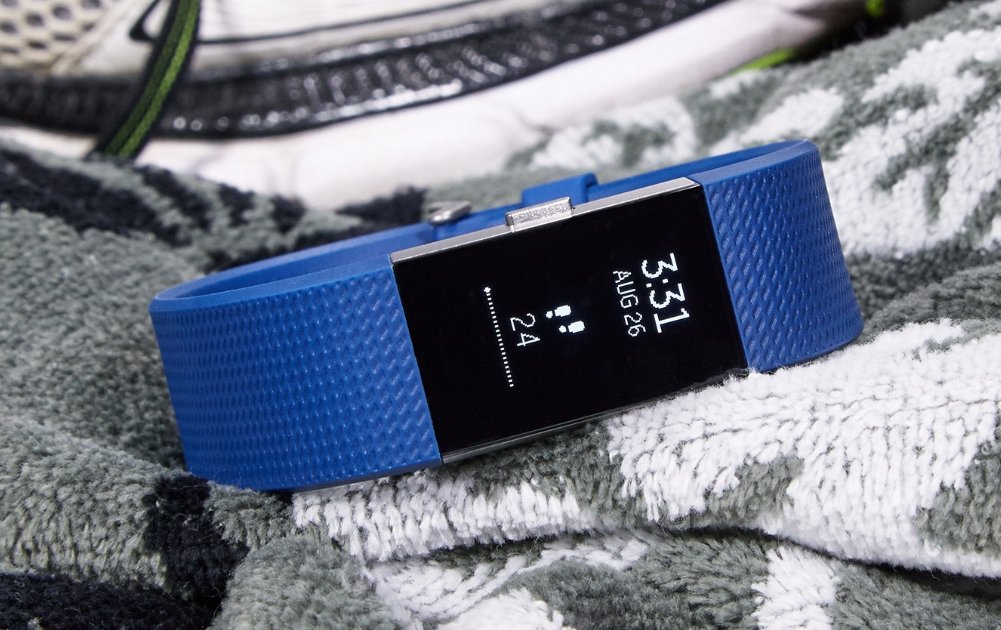 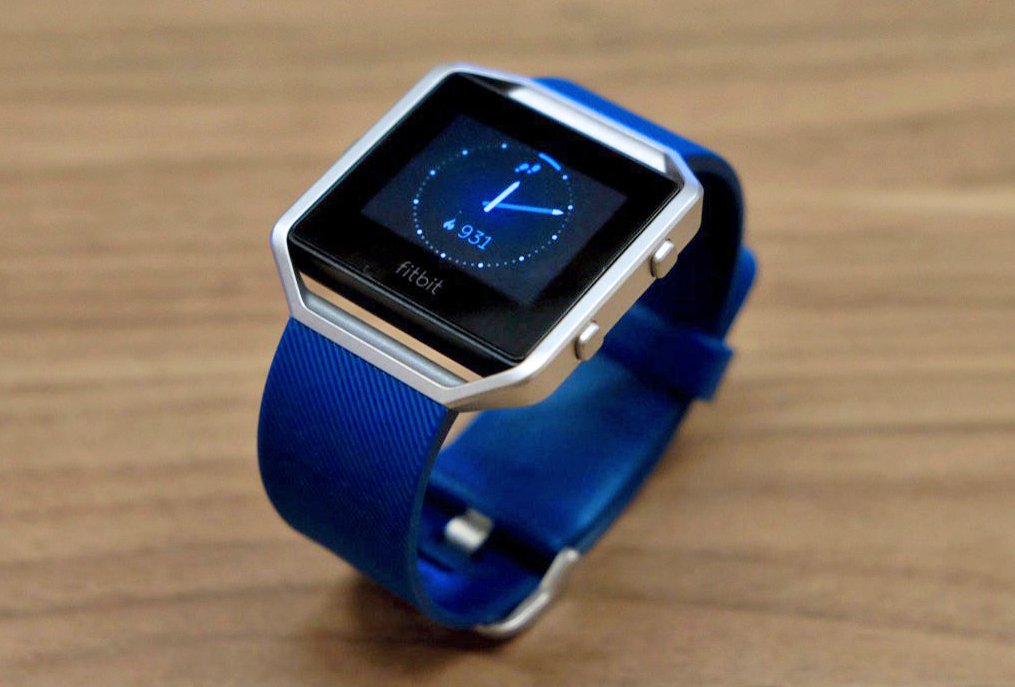 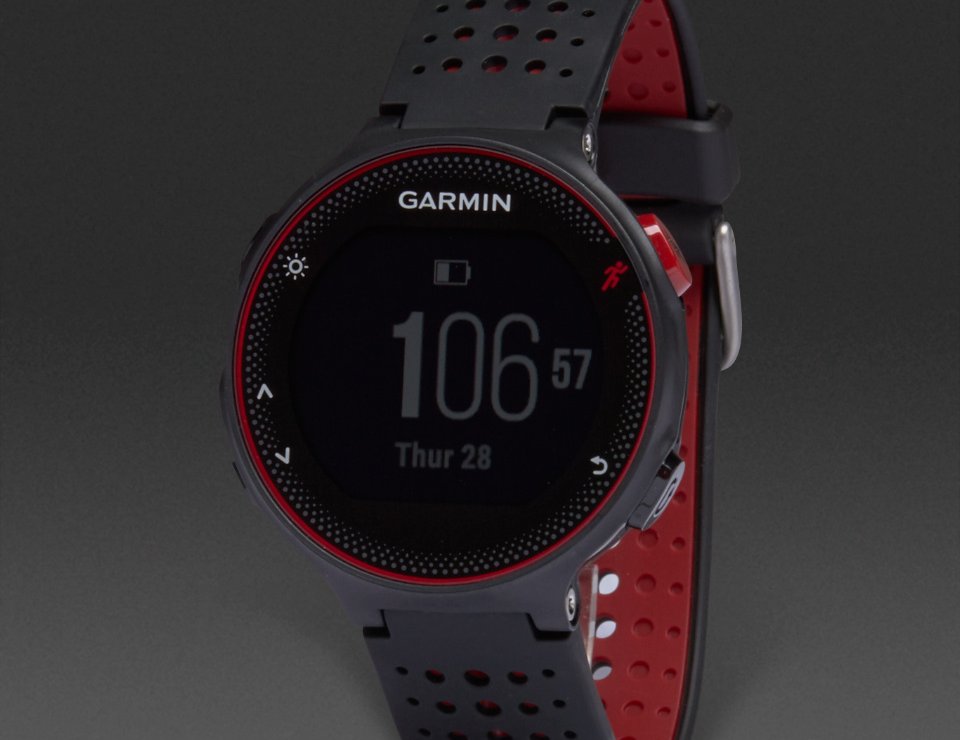 Fitness trackers have come under fire lately for sharing the private data of users, and it looks like the fad might be dying off. The problem is, for those who prefer non-traditional workouts or like the help of a wrist-bound coach to help keep them up and active throughout the day, nothing beats a pumped up pedometer with everything you need to meet your goals.

Our mission is always to work smarter, not harder to get maximum results, and help users protect their personal information. As demand for these devices drops off, it’s going to be easier than ever to get a decent digital trainer for staying in swimsuit shape year round. Gym rats and couch sloths alike can find the right choice for them among the 10 best fitness trackers out there.

For those who want to keep costs down and are willing to forego a display and heart rate tracking, the Up2 is an otherwise striking, minimalist band that watches your sleep, your steps, and interfaces with most third-party apps to give you all kind of data and sharing options. The reinforced band stays in place better than anything else out there, and the slim cut makes it suit friendly. Purchase: $35

Not all of us love having a fitness tracker living on our wrist, constantly watching and judging us. Anyone who wants to keep an eye on their workouts for distance and calories burned, but doesn’t need a complete step update, a heart rate monitor, and a reminder to get up and move will find the basic Zip an accurate data dump that allows entry into the FitBit family – along with access to their impressive sharing and coaching programs – without needing to live on your body. It’s not the greatest monitor on the market, it’s just the best of its clip-on kind. Purchase: $60

The fitness tracker itself is stellar, with a slim band that tracks sleep as easily as movement, and the social aspects are great for competitors. The problem isn’t as much with the tracker as with the band, which is prone to shearing and breaking, making the fit, and thus the data, inaccurate. This shedding is something the company has been aware of, and they have taken steps to reinforce their newer models, but be aware that it could jostle loose out on the trail or hit concrete during ordinary workouts. Purchase: $125

Exclusively made for Android users, the Fit2 is a full-color, sleek, slick device that cuts away the clunky looks that plague some of the larger trackers. On board is a GPS, heart rate sensor, automated activity detector, and allows you to interact with notifications right on the device, rather than just reading them. The Android-only design and quirkiness of the GPS are the major drawbacks to be found, though for the money they’re hardly deal-breakers. Purchase: $148

Stylish and subtle, the Activité Steel is the spiritual sequel to the Pop that Withings tried to pawn off before, with limited success. Chrome and steel on the front, the display is nothing but an analog watch display that bears a small notation about your step goals, but behind the scenes it’s a high-quality pedometer. By pairing it with several various apps, you can land calorie tracking, and get a good sense of your running data. Heart rate is nowhere to be found, but the sleep tracker is quite accurate, and the vibration functions are a gentle inclusion that is lacking on most fashion forward trackers. Purchase: $150

FitBit has become the most ubiquitous tracker around, though until the Charge 2 their devices were riddled with flaws. As the most updated model, they finally seem to have lived up to their own hype. The upgraded screen makes tracking texts and fitness data easier than anything else out there, the fit is firm, and the smartwatch features are comparable to an Apple Watch. Sleek design and wearability make the Charge 2 an upgrade worth the time. Purchase: $150

Fitness gurus who are also business mavens have a single consistent complaint with their fitness trackers: They look like fitness trackers. Though more of them are making a move toward a smartwatch appearance, only a few options offer up a professional aesthetic to go with their fitness functionality. Among them, the Vívomove is one of the best. It tracks sleep and steps, but not your heart rate, and it won’t push out smartphone alerts, which inhibit the operation a bit. You’re going to get a lot of form with only the barest standard of function, but the good news is: It’s a very nice-looking, quality watch. Purchase: $179

You essentially have two choices when it comes to the Vívosmart. There’s the original HR, which tracks all the standard metrics: heart, steps, calories, intensity, and a few other odds and ends, or you can get the HR+ which doubles down by adding in GPS and Move IQ, which is an automated activity tracker that will detect when you start working out, no user input required. Best news for swimmers: 5 ATM waterproofing lets either option go into the bay with you. Purchase: $200

The Blaze is a surprisingly likeable smartwatch that bears the beating heart of a fitness tracker. True, it’s big and a little awkward, but that ends up making it supremely readable and has loads of functionality above and beyond monitoring your steps, heart rate, calories, and interfacing seamlessly with iOS and Android without making a fuss. Despite the size, it fits comfortably and doesn’t jostle during workouts. Rich with features, there’s a lot to love if you can overlook the Casio Calculator Watch appearance. Purchase: $200

Garmin has cornered the market when it comes to quality GPS, and that translates to their flagship smartwatch/fitness tracker, the Forerunner 235. A real investment, casual users and those who don’t want or need a massive display on their wrist will find the 235 to be overkill, though once you get used to it, it feels just right. Steps and sleep are tracked, along with the most accurate heart rate monitor you’ll find without a chest strap. Water-resistant and able to work with Android or iOS, this truly belongs at the front of the pack. Purchase: $329