A flashlight is a flashlight, right up until it’s a weapon. That’s the ideology behind a tactical flashlight, which is meant to do what all flashlights do, which is banish the darkness. These also have the ability to blind attackers, be held and operated while carrying a firearm, spotlight a target, smash through windows, wound attackers without shattering, work in the worst conditions, and run for hours. They’re also traditionally outfitted with flash capability for Morse communication, and include warning flash settings that alert others you are in need of assistance.

All of that is a big load for a little light to carry, which is why not every torch can do it. You need the best when the chips are down, the bullets fly, and you need to not only expel the night, but control it.

More than a tacky technical pretender, the K1 has 800 lumens worth of power behind the CREE LED eye. The tail end starts as a reinforced glass breaker, but can quickly turn into a survival blade for added fighting techniques. Purchase: $19

Considered a camping flashlight that can go tactical when the need arises, the CREE T6 XML LED bulb and complete tube threading belie the inexpensive nature of the 230. It’s military grade stripped down for civilian operation. Purchase: $25

Many lights on this list have a high setting intended to blind. Not so with the compact Maverick, which is made to be a palm-sized rescue flashlight with tactical operations, rather than a light for fighting. With that said, you can equip it with an attachment bezel that is downright gnarly as a weapon. The 350 lumen output and dual switch operation are no slouches either. Purchase: $40

The 5.11 Tactical name alone is usually enough to spell quality. Add in that the A6 was made with consultation from real Search & Rescue workers, and the end result is a safety first flashlight that still brings the hits. It’s light and agile, with a rubberized overlay for better grip, which makes hits with the stainless steel bezel that much more jarring. Purchase: $73

Fenix rarely makes a bad light, but when they make a head-turner, you’ll want to take notice. Built with a tactical mode, the small 5.5″ body can be both an EDC item and a combatant’s constant companion. Though small, it has a 1000 lumen setting which is brilliantly bad for an assailant’s eyes. Purchase: $74

820 lumens of anodized aluminum goodness all with a keychain attachment and combat grip ring, the Javelot comes correct. With one of the most aggressive bezels in the game, it doesn’t suffer fools, but will cause fools to suffer. Purchase: $80

Though made in China, hence the affordable tag, the Cortex is a light that can work around the house for ordinary duties, then go into beast mode with a 675 lumen output. Purchase: $82

An award-winning oddity, you won’t get the same glass-breaking badassery with the EC4S as other tactical flashlights, but can get more than 2,000 lumens worth of light in a compact frame that won’t roll away. It’s lauded as a portable searchlight, but is also a headache-inducing blinder. Purchase: $84

Blocky but not bulky, the lifetime guarantee from Fenix should tell you exactly how long they expect this to work, and it shall. Even after hours of use and punishment, the reliable clicker tail system will stay as smooth and dependable as the day you brought it home. Purchase: $92

Tactical is a word that technically means capable of handling a variety of situations. It’s synonymous with adaptable, and it is for that reason the T25C2 is perhaps the most honestly tactical light out there. A pocket clip, cigar grip, 1,100+ lumen throw, loads of settings, and even different LED bulbs that operate at different wavelengths allow the T25C2 to change with the wind. Purchase: $95

More a rescue and survival knife than one intended for purely tactical duties, it can be completely submerged up to 6 feet while still glowing strong. A simple power indicator means you’ll never be left in the dark, and the tail is also good for smash and grab jobs, or putting some pepper on a punch. Purchase: $96

Using a mix of backup batteries for power, and rechargeable ones built into the body, it’s easy to keep the ProTac HL ready to go. It’s anodized aluminum that has an IPX4 rating, giving it reasonable water and dust protection, along with 85 to 850 lumens of power in a frame that’s ready to anywhere. Purchase: $97

Built with blinding whiteness in mind, this is designed by the masterminds of Triple Aught Design (TAD) for use with a firearm. It employs the Eye Index, and has a tough bezel on the end that goes through glass and bone with equal delight. Purchase: $159

A pair of great tastes that make peanut butter and chocolate seem tame, this has Triple Aught Design’s brand-name toughness along with a tight light throw that comes from the aspherical lens that has put LensLight on the lips of many a tactical pro who needs to be able to see far, but doesn’t have the pocket space for a bigger dog. Purchase: $189

Anodized aerospace aluminum makes this portable spotlight a contender for helping you to land planes, should its normal job as a tight-throw blinder not be necessary for your particular situation. It has a smart beam selector ring that tells you your battery’s charge, and get the right setting every time. Specifically designed for close-quarters and flashlight/firearm combat, it’s a hardened fighter, for sure. Purchase: $385

Surefire sets their sights on tactical lights, so if the Lawman isn’t to your taste, something in their array surely will be. Going this route means dual controls on the head and tail of the Mil-spec aluminum body, which is gasket sealed for fighting off heat, dust, mud, blood, water, and whatever else you’re up to your elbows in. Purchase: $410

Dual fuel ability to go off of disposable batteries or get juiced up to run on its own, the Dominator is a 2,400 lumen titan that’s Mil-spec’d to be just this side of indestructible. It’ll take some time to learn all the settings, but when it’s second nature there’s no brighter option with more features. Purchase: $1,093 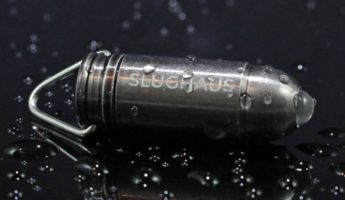 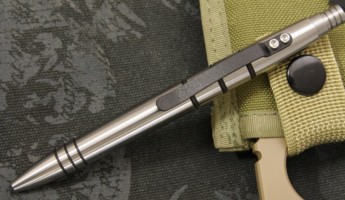 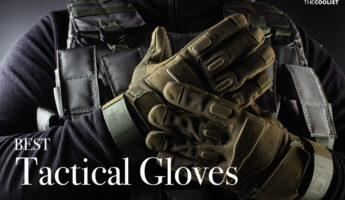 9 Best Tactical Gloves to Shield Your Hands (In Style)

9 Best Tactical Pants for Men That Are Practical And Stylish 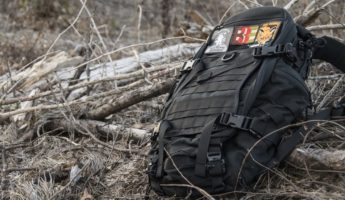