The ancient Italian city of Matera, located just off the heel of the Italy, is home to deep caves that have been used domestically for millennia.  The Corte San Pietro Hotel takes shape amongst these caves in the Sassi District, a celebrated UNESCO World Heritage Site in central Matera.  This centuries-old dwelling now welcomes guests from around the world to explore the history of Matera and its complicated topography.

Like the landscape of the Sassi District itself, the Corte San Pietro Hotel feels like a fusion between a built environment and a natural cavern.  Stone ceilings and walls form around natural columns and recesses that were formed long before humans shaped them for themselves.  By contrast, the furnishings of Corte San Pietro are simple and refined, giving visual emphasis to the aged character of the stone that rests in every direction.  The result is a modern appeal, one that feels both ancient and contemporary, which yields an air of luxury for travelers of Italy’s southern coasts. 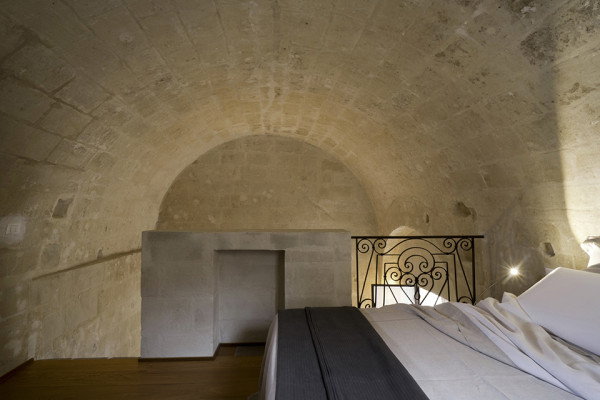 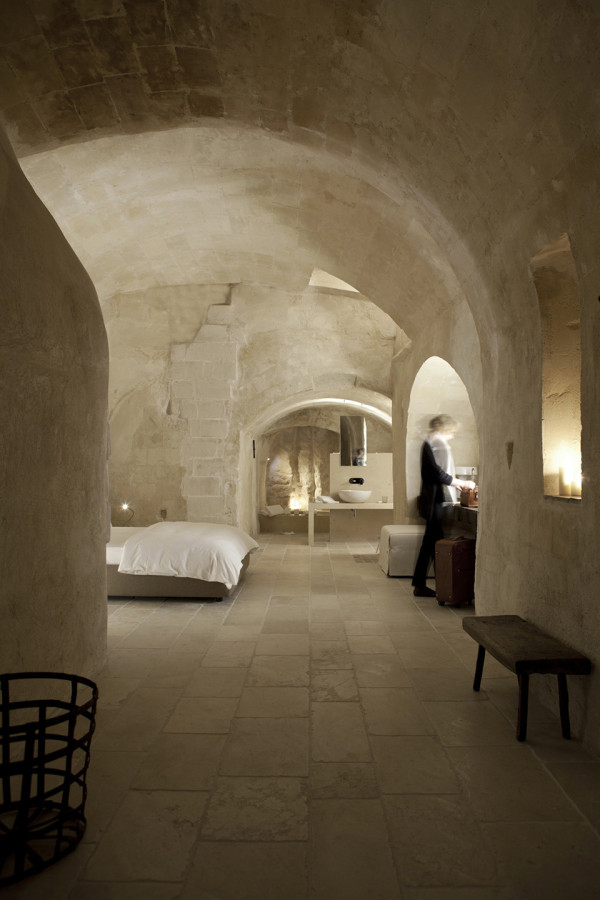 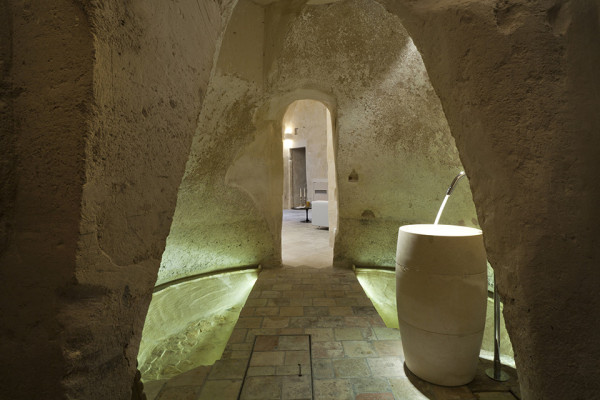 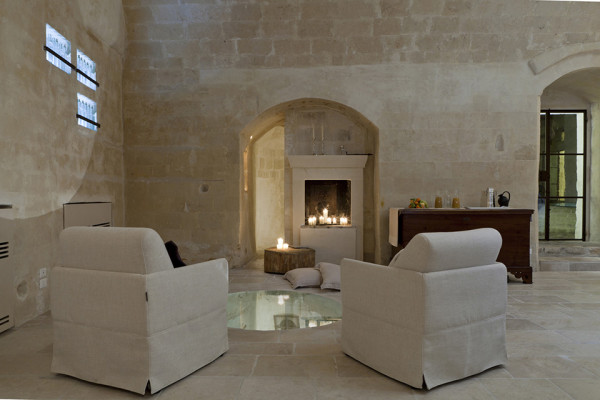 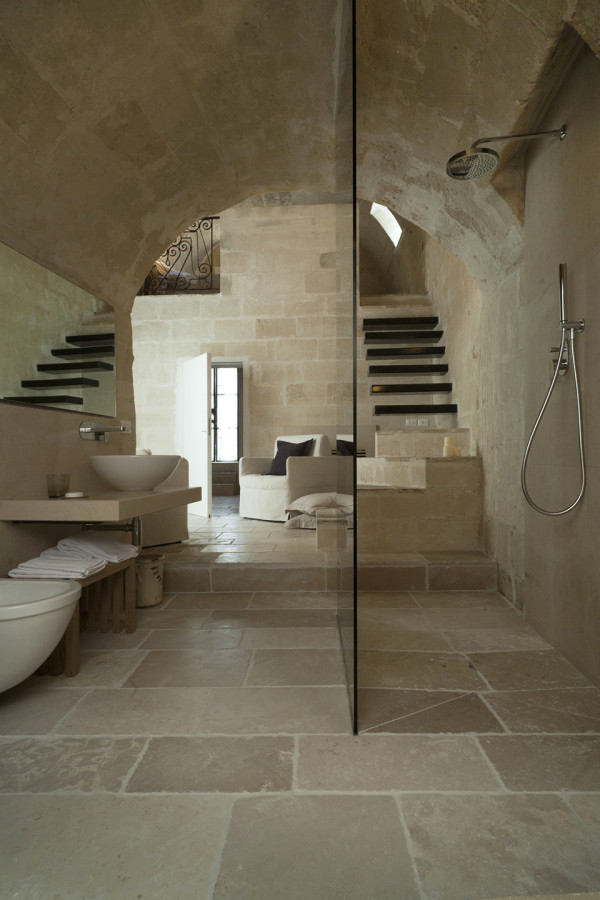