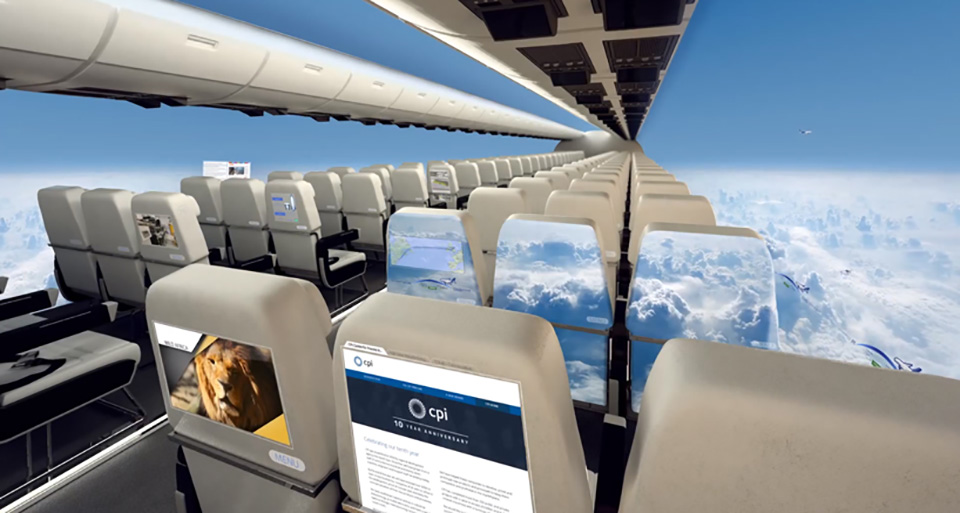 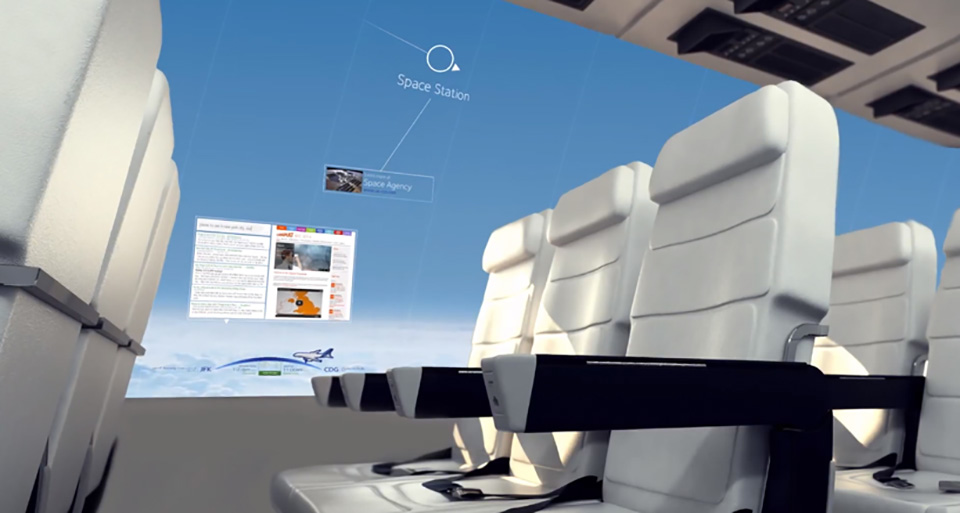 Centre of Process Innovation has just unveiled an airliner which it hopes will eventually be the future of commercial flight – windowless planes with a solid fuselage. Trust me, it’s a lot cooler than it sounds. See, the interior walls of the plane are actually ultra-thin high definition screens, coated with a protective layer and manufactured using a unique roll-to-roll technique.

The same screens are also incorporated into the back of every seat, which means no more straining your eyes to watch a movie on one of those awful panel TVs present on most airliners.

Now, here’s where it gets really cool. The walls of the plane aren’t going to be used to play movies, music, or anything to that effect. Instead, internal tracking cameras will project the image of the plane’s exterior onto the interior walls with a color resolution of 150 dpi. What that means is that you’ll be getting a bird’s-eye view of the sky around you – at a glance, you might even be fooled into thinking your plane doesn’t have walls at all!

You…may want to stay far, far away from this invention if you’re afraid of heights.

The technology will also subtly adapt the cabin lighting in order to account for time of day- there’s a preset for sunrise, sunset, and night-time. Judging from the product images shared with design boom, it looks like passengers will have some degree of control over what’s displayed on their screen – everything from flight information to photographs to video. Entertainment isn’t the only purpose of this new design, either.

According to CPI, replacing traditional windows with the screens makes the aircraft significantly lighter – and considerably more aerodynamic. What this means in the long run is huge savings in fuel, as planes will be able to move faster and farther with less.

Now, it’s worth mentioning that this is all largely theoretical at this point. CPI plans to develop this windowless planes technology necessary to create this airliner over the next ten years – meaning they’re either still in the conceptual stages or just designing the first prototype. Either way, I can’t wait to see this one come to fruition – airline travel’s gotten painfully boring of late. 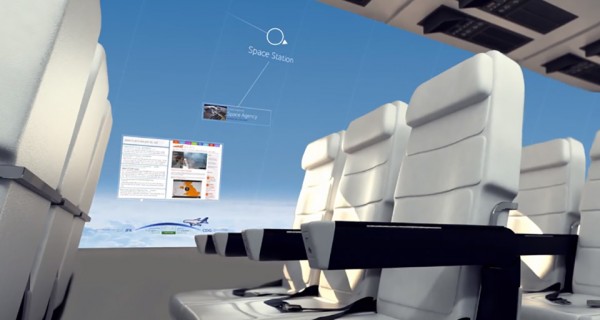