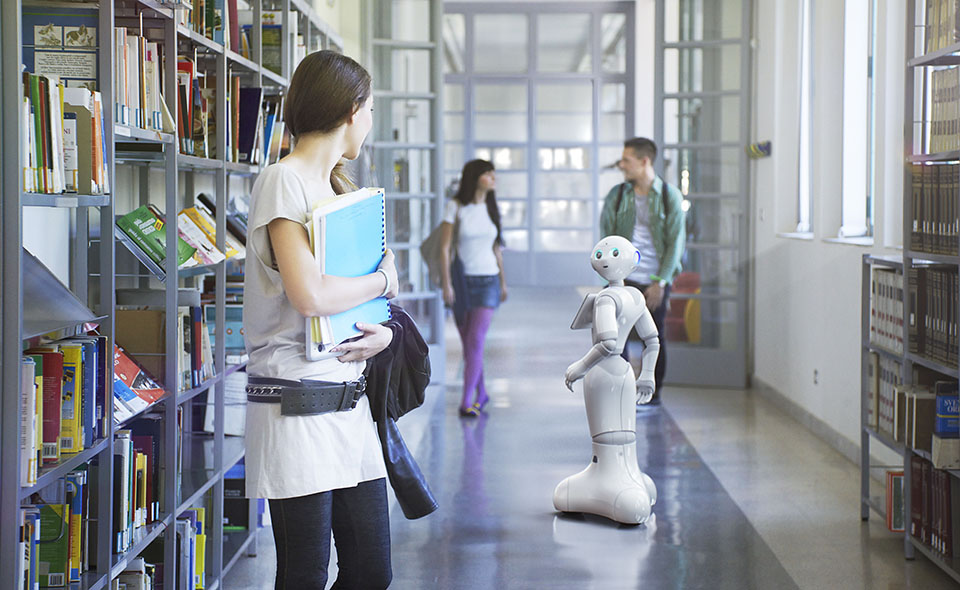 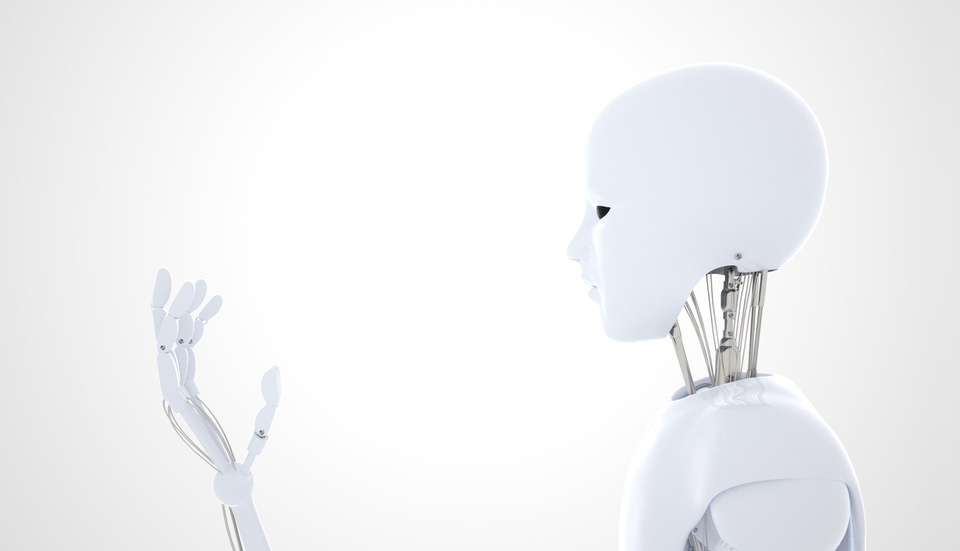 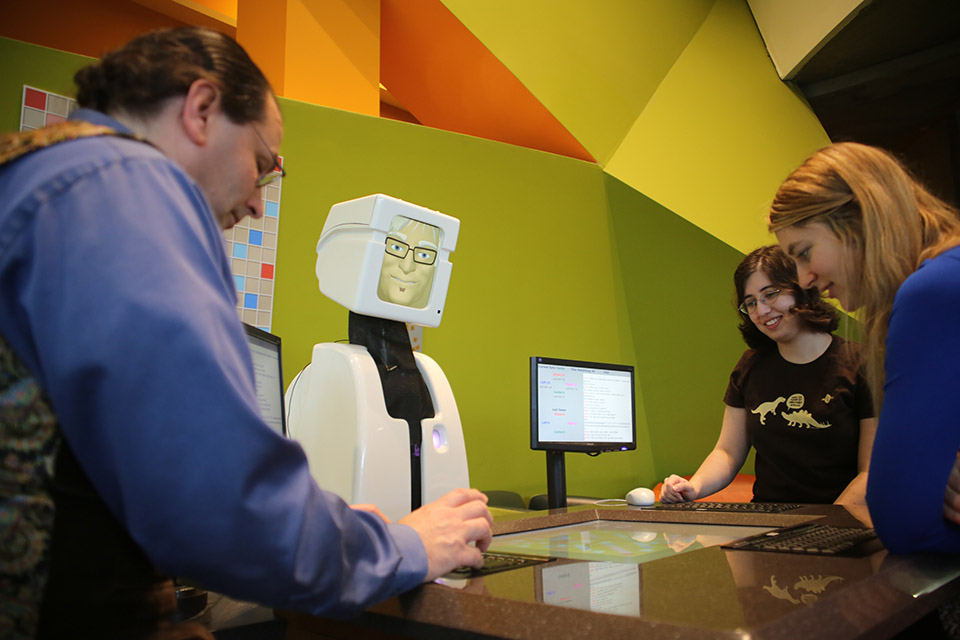 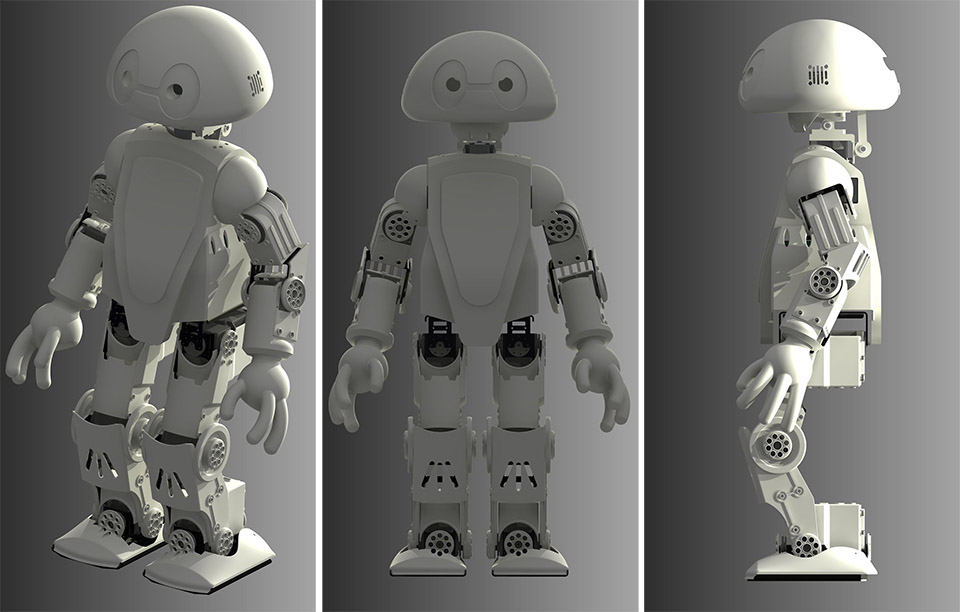 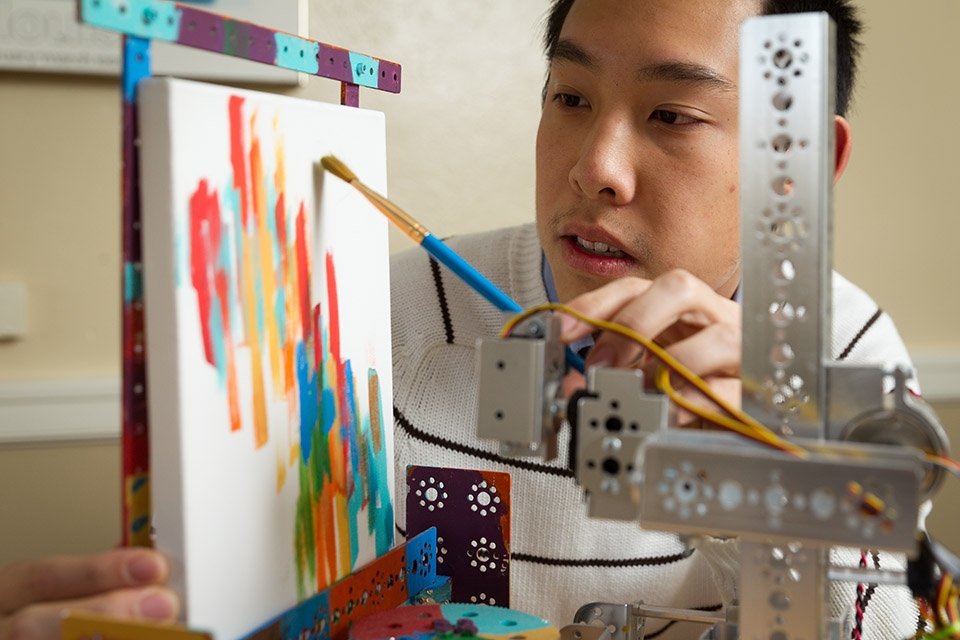 With each passing day, humanoid robots are growing more advanced, more powerful, and frankly– more human. In time, these emotive, communicative robots could replace much of the human workforce. The science fiction tales of robotic overlords might be a little off base. Soon, they may be replacing many of our jobs, not hunting us down in the streets.  Will these humanoid robots ultimately have an emotional connection with the humans they share a world with? The work of inventors, scientists, corporations and even the military are shaping the future of humanoid robots today.  Here are just a few ways robots are becoming more eerily human with each new invention. 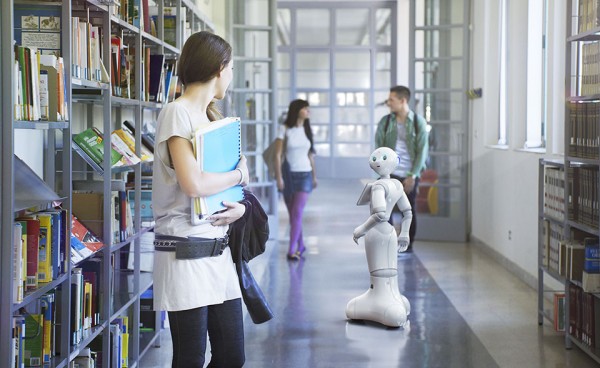 Aldebaran, a French robotics company, has dedicated itself to creating helpful humanoid robots. Pepper is amongst the company’s latest, billed as the first humanoid robot exclusively designed to live with humans. It’s programmed to communicate with its human hosts through touch, voice, and emotion. What that means is that if someone nearby is sad, the robot will pick up on that, and attempt to cheer you up. How it does this will vary based on the person, but it could be anything from telling a few jokes to playing some uplifting music. What’s more, Pepper is designed to learn more about people by communicating with them – as you talk to it, it’ll come to know your tastes and personality.

In short, it’s programmed to eventually become your best friend. 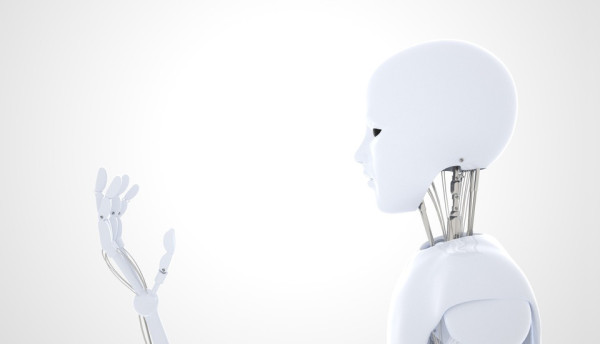 Researchers at the University of California have taken a very unique route to instilling humanity into their robot creations – they’re making them extremely neurotic. Professor Jeff Krichmar and his team are experimenting with building robots that exhibit signs of obsessive-compulsive disorder, or robots that are afraid of and avoid open spaces. In other words, they’re making robots more human-like by introducing personality flaws into their programming.  Initially, he’s doing this by making robots act in a similar fashion to a mouse in a cage.

“If you put a rodent in a room that is open and unfamiliar, it will hug the walls,” Krichmar said. “It will hide until it becomes comfortable, then it will move across the room. It will wait until if feels comfortable. We did that with a robot and made it so it was so anxious it would never cross the room.” 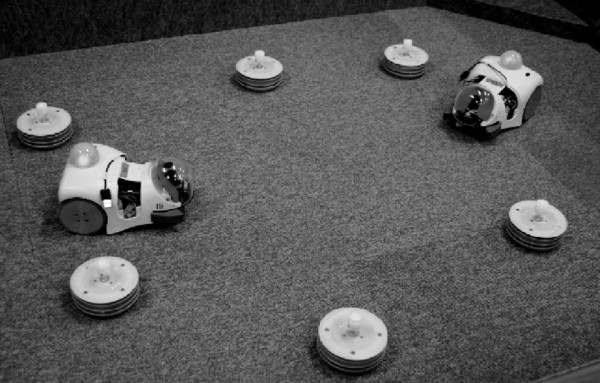 “Robots” and “Sex” aren’t generally two words that are mentioned in the same sentence by ordinary people. Scientists at the Okinawa Institute of Science and Technology aren’t exactly what you’d call ordinary, though. In an effort to create a simulation of real-world evolution, the researchers have programmed a group of robotic mice to mate repeatedly with one another, studying how the colony changes and adapts over successive generations – 1,000, to be exact. Each robot in the colony can either forage for ‘food’ (batteries to recharge its cells) or search for a mate; the team has already noticed a number of unique behaviors (many of which they didn’t actually expect). According to Dr. Stefan Elfwing, the next step is to see if the robots – which are currently hermaphroditic – will take on male and female roles. 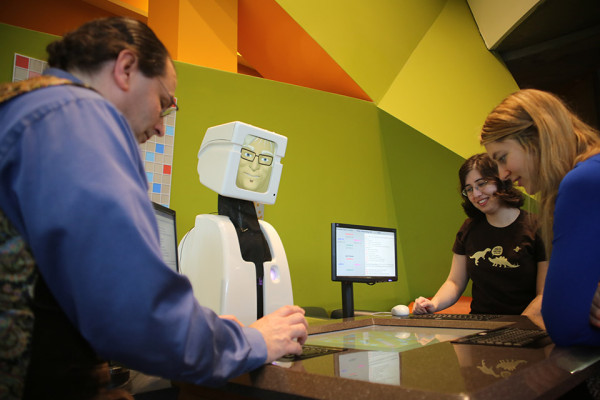 For those of you who were unaware, the Dunning-Kruger effect is a cognitive bias in which an individual is so incompetent that they believe themselves skilled.  It’s unfortunately a very human trait, and individuals who suffer from it are often genuinely unpleasant to be around (they usually aren’t terribly sportsmanlike, either).  Scientists at Carnegie-Mellon have successfully re-created the bias in a robot called Victor. This unpleasant little robot – whose digital face is modeled after a real-world hipster – lobs regular insults at everyone he plays against, and essentially throws a temper tantrum whenever he loses a match.

“He’s a terrible loser,” explains CMU robotics Professor Reid Simmons. “One of the things we’ve done in collaboration with the drama department is giving him different moods. When he gets ahead he goes into a happy mood. When he’s losing he gets into an angry mood and he’ll trash-talk people and he’ll be self-deprecating.”

The US Military is Investing in Robots with Morals

One of the more terrifying branches of robotics involves the military. We’ve already developed autonomous weapons capable of identifying, tracking, and killing a target without any sort of human oversight.  Understandably, people are a little uneasy about the implications – which is why the United States Military is currently doing research into the possibility of instilling a code of ethics into future military robots.  Over the next five years, the Office of Naval Research will award $7.5 million in grant money to university researchers from a number of different institutions, with the aim of exploring how they might go about building a sense of right and wrong into their robots. After all, if a human can’t be around to order a ceasefire, the least we could do is give the weapon the capacity to do so. 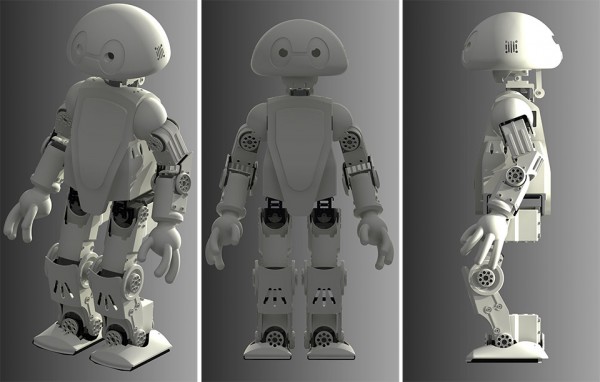 Late last month, Intel unveiled a robot which goes by the name of Jimmy. Although the research version of the droid will be marketed at around $16,000; the consumer-grade Jimmy costs $1,600 and can be constructed almost entirely through the use of a 3D printer. Once he’s been cobbled together, this open-source robot will become a stalwart companion to its owner; one which can do everything from tweeting to fetching food and drink. Particularly tech-savvy individuals can even program their own applications and routines for Jimmy.

This Robot is Learning to Perform Surgery by Painting 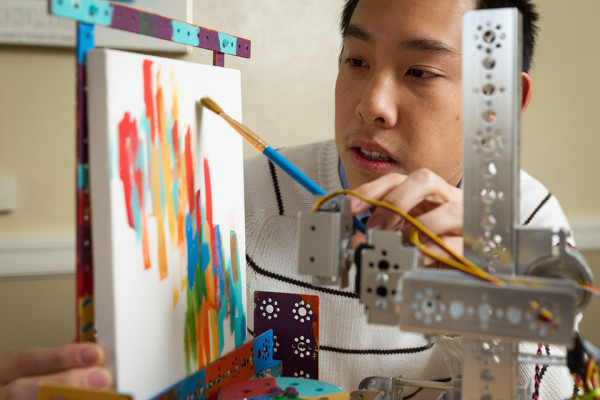 Inventor Timothy Lee has constructed a robot capable of creating works of art, operating a paintbrush with surgical precision. It doesn’t really want to be an artist, though – its real dream is to perform surgery. Lee’s hoping that, by ‘teaching’ his invention how to perform the various types of incisions, the device might assist doctors in performing precise, complex, robot-assisted surgeries; often without even having to set foot in an operating room.

This week in Japan, the world’s first robotic newscasters made their first-ever broadcast. Coined Kodomoroid and Otonaroid, the two life-like, human-like androids delivered the story of an FBI raid and an earthquake in Tokyo to a room full of shell-shocked reporters. The former is an android bearing a resemblance to a human child; the latter, which resembles an adult female, has recently been ‘hired’ to work as a robot science communicator for the National Museum of Emerging Science and Innovation. Both robots will eventually be placed there in a permanent exhibit for the show “Android: What is Human?”