Prepare to Win: 13 Things To Do For a Good First Date

Dating, job interviews, public speaking, and death all rank very highly in the human fear factor, and that means each one can weigh us down with an excess of stress. Luckily, there’s things we can do before each one to prepare ourselves mentally and physically so that when the time comes, we’re as ready as we’re going to be. You’d rehearse a speech, learn about a company before you’re in the room, and as to death, well, many people pray or meditate. The same goes for a first date, which is the most nerve-wracking of all for most of us. While “just be yourself” is perfectly fine advice, it’s not the whole story.

Be The Best Version of You

One of the ideal ways to get ready for a date is to identify your best traits – both in the physical and personality realms – and make sure you highlight those. If you’re funny, try to think of a few anecdotes or stories you’ve told a hundred times and get those pre-loaded into your brain. If you’re a sensitive listener, have a set of questions on hand so if you come up blank, you’ve got a way to get the other person talking. Clean up, suit up, and show up to play. Too many people go in cold and the awkwardness makes the worst traits come out.

Get Your Body Prepared

Our physical form and our mental frame of mind are inextricably intertwined, so giving your body extra attention will help put your mind at ease. Be sparkling clean and smelling great by hitting the deodorant hard, having plenty of gum or mints, and adding a little light scent to help counteract any personal aromas that might arise. The better you feel about the way you look – whether that means hitting the gym or putting on your nattiest suit – the better you’ll come across.

Smell in our brains is tightly tied to memory and strongly affects our feelings. You should be smelling like a rose, perhaps literally, but not overdoing it. Don’t bathe in Axe or perfume, merely dab some essential oils or a light aftershave on. Lotion can be useful as well, but aim for one that doesn’t have a medicinal smell, rather one that’s more enticing .

One of the major problems that people – mostly men – encounter is going to excess with scents. This can not only be a turn-off, but can easily set off an allergic reaction in the other person, just when you’re getting close. Sticking to oils and creams helps limit the likelihood of a mishap, and isn’t as easy to douse yourself with to an eye-watering level.

Many of us will reach for social lubricants before or during a date. Having a drink isn’t bad, especially if that’s why you’re there, but too much can go wrong if you get too loose. Stick to a very small amount of imbibing, or better yet, forego alcohol altogether. Blowing a good thing because you got sloppy is a much bigger regret than being too tense.

Prepare for the Best

This means having a condom tucked discreetly away just in case. It also means having a string of plans for the evening should things start going well. If drinks, coffee, or dinner is working out, be ready to get dessert somewhere else, maybe find a late movie, or go for a game of pool. Know what else you can be doing to avoid awkward situations while you desperately try to figure out where else you can go.

In addition to being ready for the best things to happen, also have contingencies all the way around. If things go awry and the date is a bust, reward yourself with a quiet drink with friends to do a post-mortem. Be ready to load up on ice cream, or whatever it is you do to perform self-care. If they hate mini-golf and that was your secondary activity, know of other options. Be over-prepared. Have the number of a cab company should you over-indulge, or keep your ride-sharing apps handy in case your car breaks down. An evening going badly can be quickly saved by proving you’re smart and resourceful. Those are also sexy qualities that can easily save a blowout if you find yourself taking a beating.

No matter where you plan on going or what you plan on doing, add a few style notches. A sport coat is plenty casual, and if you throw in a pocket square, you’re way ahead of the game. Usually you’ll want to go with slacks and button-up shirt that fits you well. A tie can be overkill, but dressing to astound shows that you’re making an effort, which will go over much better than arriving in grubby jeans and a tee-shirt.

Know As Much As You Can

A date where you accidentally hit one of their food allergies or take a vegan to a meat shack is going to be a fright. Check plans with them in advance so they can veto. If you’re uncomfortable with that, have contingencies in place.

The date isn’t about sitting in the dark and watching something, it’s about getting to know the other person. If you end up in a relationship, then you’ll have months and years of television, movies, plays, and whatever else to stare at while you avoid talking to each other. At the start, find something fun that is simultaneously interactive.

This also means turning your phone off or putting it in Airplane mode so you aren’t disturbed. Think of a date that’s getting hot being interrupted by a text from your mom. Don’t kill the mood, and don’t be rude. No one likes to have their date suddenly get into a Twitter flame war halfway through the entree.

Credit cards get frozen to prevent identity theft, debit cards falter at the worst possible time, and all your Express Pay options rely on dodgy technology. Have enough cash to cover so you know you won’t end up out of luck.

Oversharing will kill a date faster than anything. It’s ok to say “That’s a long story” if talking about a divorce or something sensitive, like a history with addiction. Know what topics you’re willing to talk about, and have a strict list of off-limits subjects that you don’t discuss. Namely, avoid any heavy political leanings, ex partners, or areas that you’re sensitive about. Everyone has baggage, and the first date isn’t the time to trot it out.

This is a big mistake that a lot of people make early on which is fudging on the truth or trying to obfuscate. Don’t do it. If you need to spin falsehoods about yourself, then your focus should be on changing your life, not trying to coerce someone into it. If you’re living in your parent’s basement, say so if they ask and explain why. If you’re at peace with yourself, they’re more likely to be also. If not, they’re not right for you.

If things are going badly, be kind to yourself and the other person. It’s usually no one’s fault, it’s just a bad date. They happen and they’re learning experiences as much as the good ones. Respect them as a person and yourself and you’ll go further than trying to be someone you’re not to get them to like you. The saying goes “There’s a lid for every pot” and that means honestly finding the proper lid to fit you, not jamming one onto a pot that is completely wrong for it. 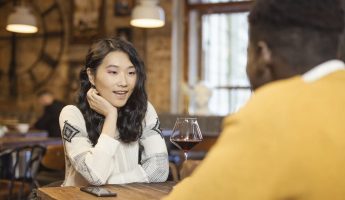 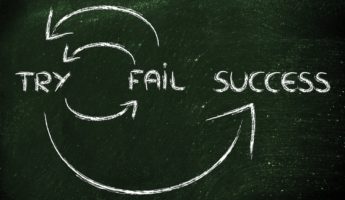 28 Words You Should Use to Avoid Sounding Like Everyone Else

25 Fun Things to Do With Your Girlfriend – Cute Date Ideas 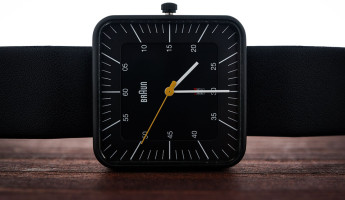