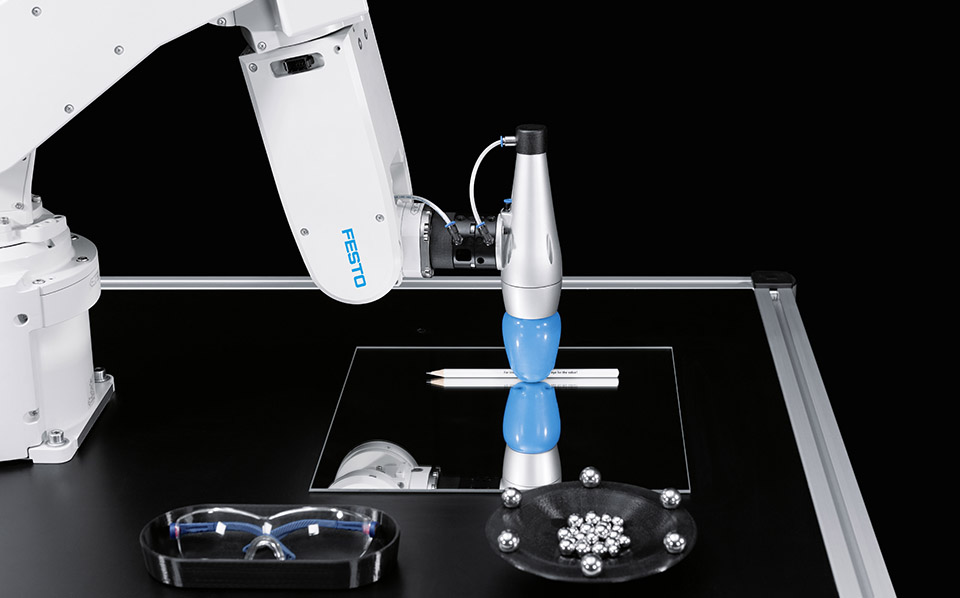 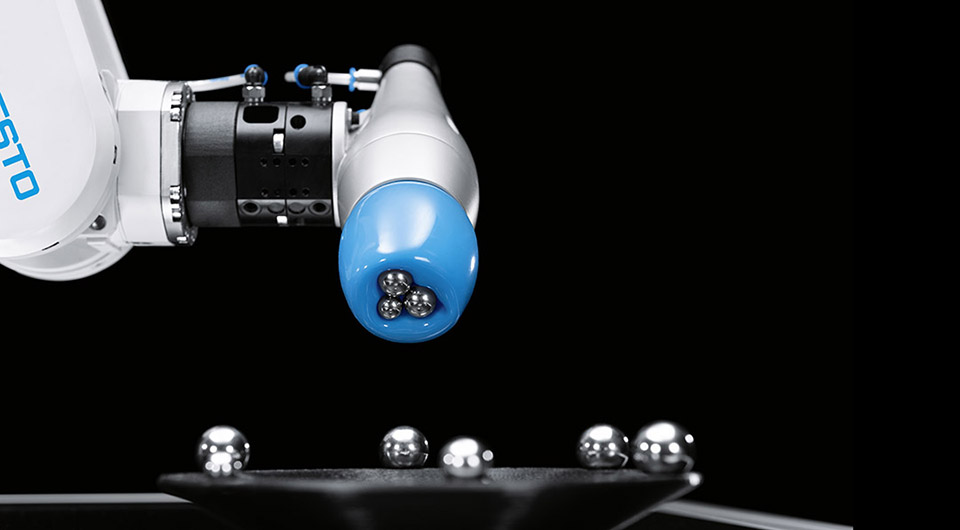 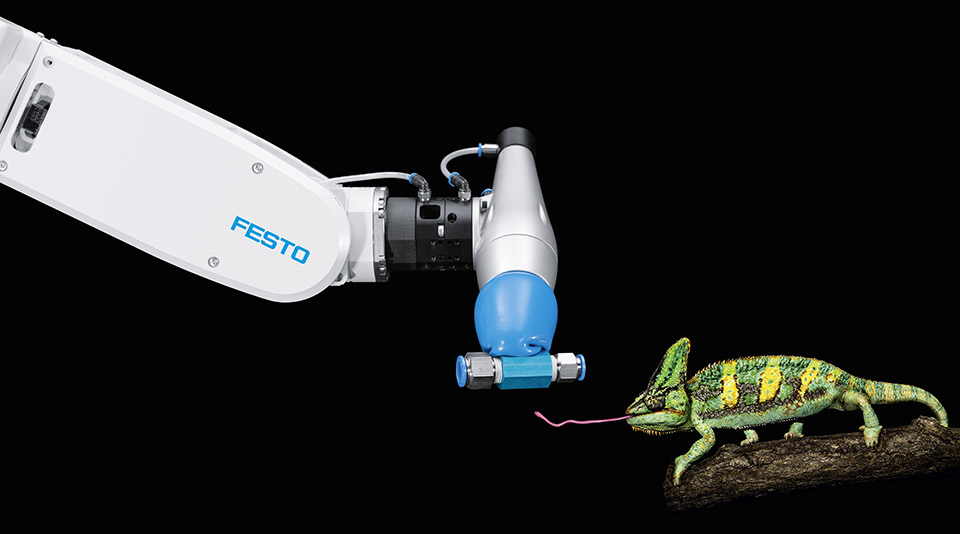 Sure, five soft, sensitive fingers work just fine for our hands. But for robotics, this technology has been a bit difficult to engineer. Enter Festo, an industrial robotics company that specializes in streamlining automation tech. They have developed an innovative robotic hand called the FlexShapeGripper that is inspired by the tongue of a chameleon. It’s strange and slightly unsettling, but the company’s press video (below) sure makes it look pretty effective.

The Festo FlexShapeGripper uses a water-filled soft silicone “hand” to grasp a surprising variety of everyday objects. The flexibility of the silicone hand makes it form-fitting, as it wraps around the object it intends to grasp. The water inside maintains tension, and the arm it is attached to creates a little suction. This allows FlexShapeGripper to grab items like a coffee cup, a handful of marbles, a pen, just about anything a human hand would try to grasp.

While the video (and music) appear to have been produced in 1999, the technology itself is very much a glimpse of the future. In many cases, industrial robotics companies have been inspired by human physiology in their product development. There’s little reason for researchers to limit themselves to human functionality, as there is a world of biological inspiration to draw from. In the case of the FlexShapeGripper, Festo drew their inspiration from the tongue of a chameleon.

This technology is a signal that research and development groups are drawing from the full breadth of organic physiology. It’s fitting, since recreating the human hand — and all of its tactile sensibility and soft gripping control — is not an easy task. There may be better ways to “arm” the robots of the future. While the FlexShapeGripper might appear a little unsettling at first glance, it reflects plenty of ingenuity on the part of its creators.

The FlexShapeGripper’s inventors have revealed a full set of nature-inspired robotics devices. Check out the full collection at the Bionic Learning Network at Festo. [via fastcodesign] 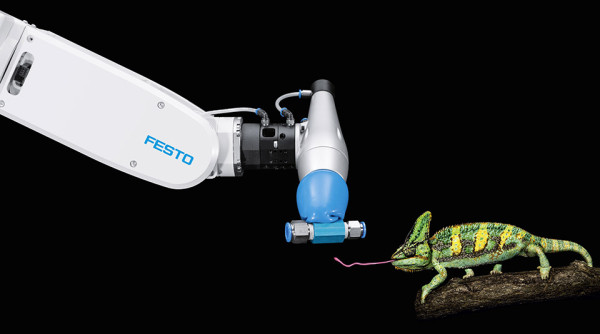