For the First Time in Human History, Astronauts Dine on Space-Grown Produce 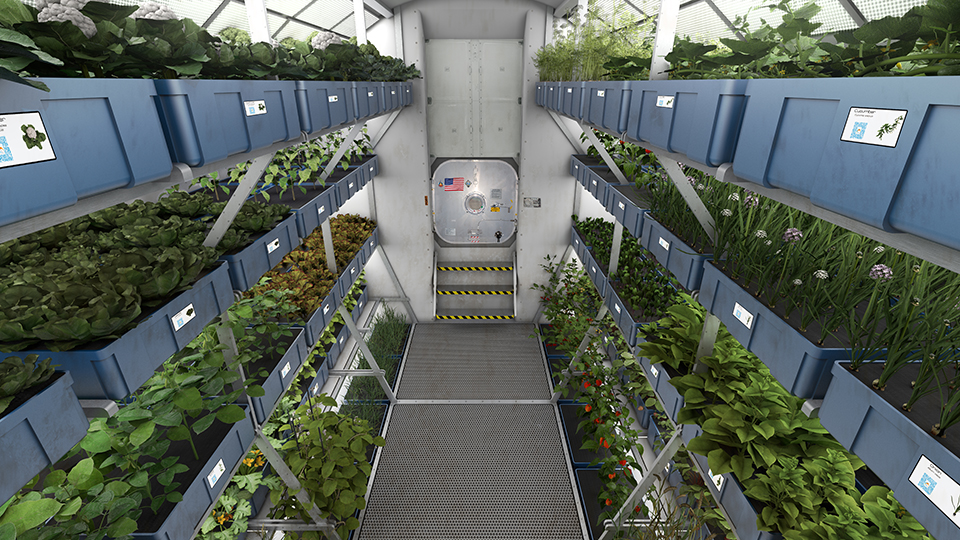 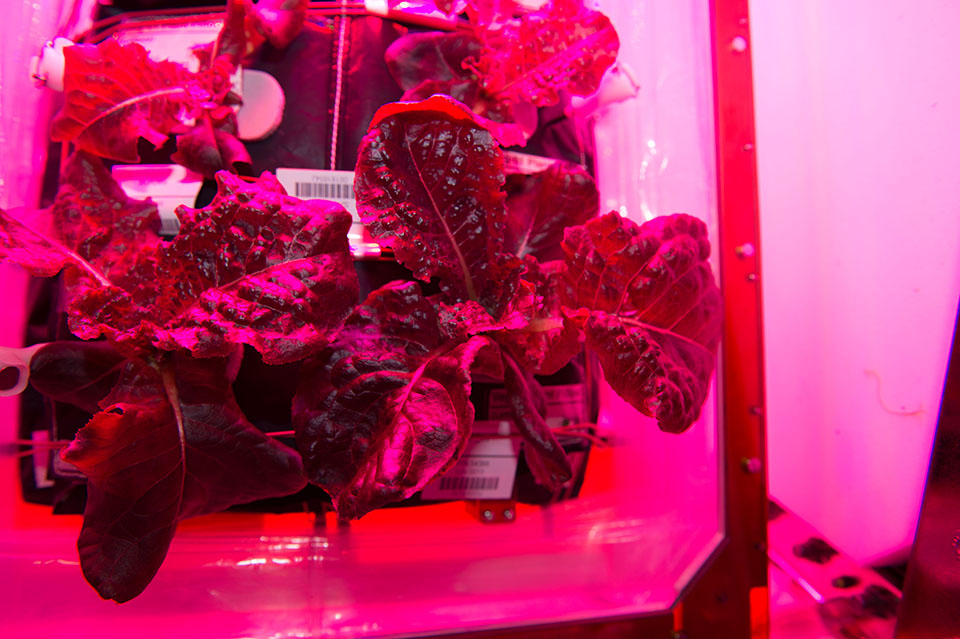 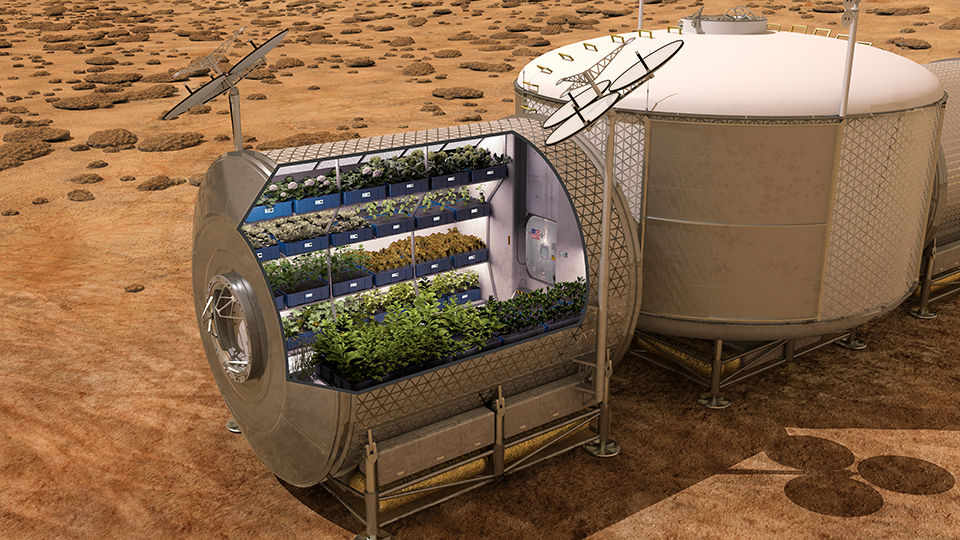 Today, for the first time in human history, NASA astronauts dined on produce that was grown and harvested in outer space. On August 10th, 33-day old red lettuce was harvested and consumed by scientists aboard the International Space Station. It represents a giant leap for mankind, a moment when the seed of agriculture has spread beyond our earthly orbit. Where will this development take humanity? The goal for this project is clear — to Mars, and beyond.

The research and development that supports this break through began at the early part of this decade. It wasn’t until April of 2014 that the grow module — called Veggie — was carried to orbit on a SpaceX supply shuttle. Veggie is the product of Orbital Technologies Corp., and it uses colored LED lights and “pillows” containing seeds to be grown and harvested by astronauts. In May 2014, the first Veggie seeds were activated and grown to maturity, before being harvested and sent back to Earth for testing. Upon receiving the green light from NASA, the crew planned a new growth and harvest cycle that culminated on August 10th, 2015.

Growing food in outer space is a necessary part of long-term space travel. As a one-way trip to Mars could take a full year, astronauts will need to rely on active food sources that they can maintain throughout their mission. As humanity heads to Mars and beyond, this kind of agriculture will allow astronauts to create their own food supply.

The growth and harvesting process has more value to a mission than simply a food resource. It also has psychological benefits to astronauts that will be confined to small spaces for years at a time. Having a bit of green life to grow and care for could help astronauts cope with the cool, sanitary conditions of space. Also, as is true on earth, plants help filter and recycle air for humans to breathe easy. Veggie’s produce could provide a lot of value to long term space missions — for food, space craft environment and pscyhological stability.

The Challenge of Growing Food in a Weightless Environment 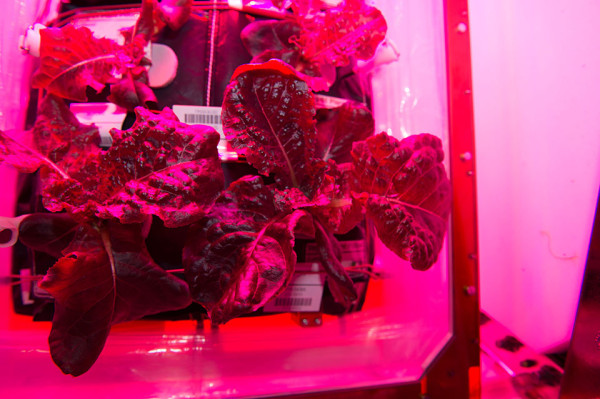 Growing food without soil and sun is not much of a challenge on earth. But when you take away gravity, all bets are off. On land, we can use hydroponic systems to grow food in a soil-free environment. We can use indoor grow light systems to raise produce without the benefit of the sun. Here on Earth, all we need is fresh water, nutrients and energy to grow food. But these hydroponic systems are dependent on gravity for a central part of the process.

In hydroponics, nutrient-rich fluids pass through the root systems of plants. In almost every case, pumps and drains return the spent fluid to a reservoir, and gravity plays a central role in this process. Without gravity, there is no natural guidance for nutrient-rich water to flow, no reason to return to a reservoir. So most hydroponic technologies aren’t suited to space-borne agriculture.

This is where Veggie’s pillow system excels. The seeds and the root systems they produce are contained in a packet that allows contained flow and filtration of nutrients. There’s no reservoir in the traditional sense, as fluids are fed to the root systems directly, and runoff just isn’t a part of the process.

When humanity finally sets foot on a new planet, the return of gravity might make conventional hydroponic farming a viable alternative. For now, however, Veggie is a breakthrough that will help carry humanity to that destination.

It represents a giant leap for mankind. It’s the first salad ever grown, harvested and consumed in outer space. 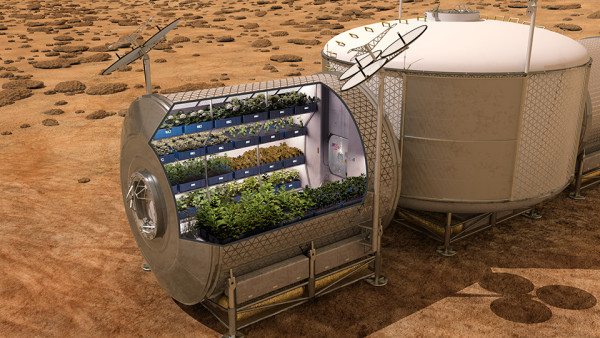