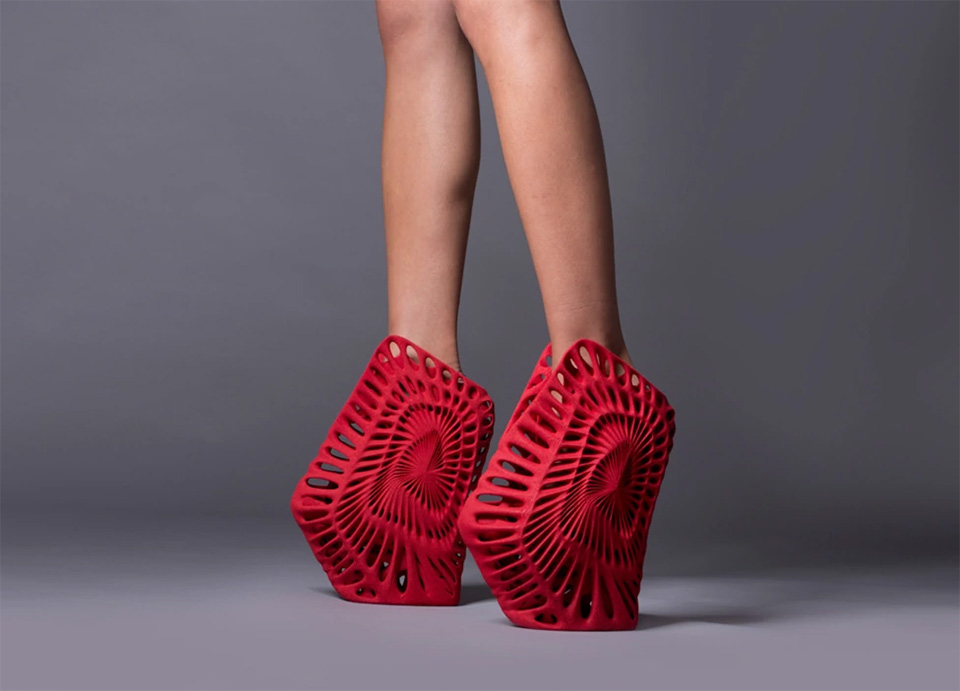 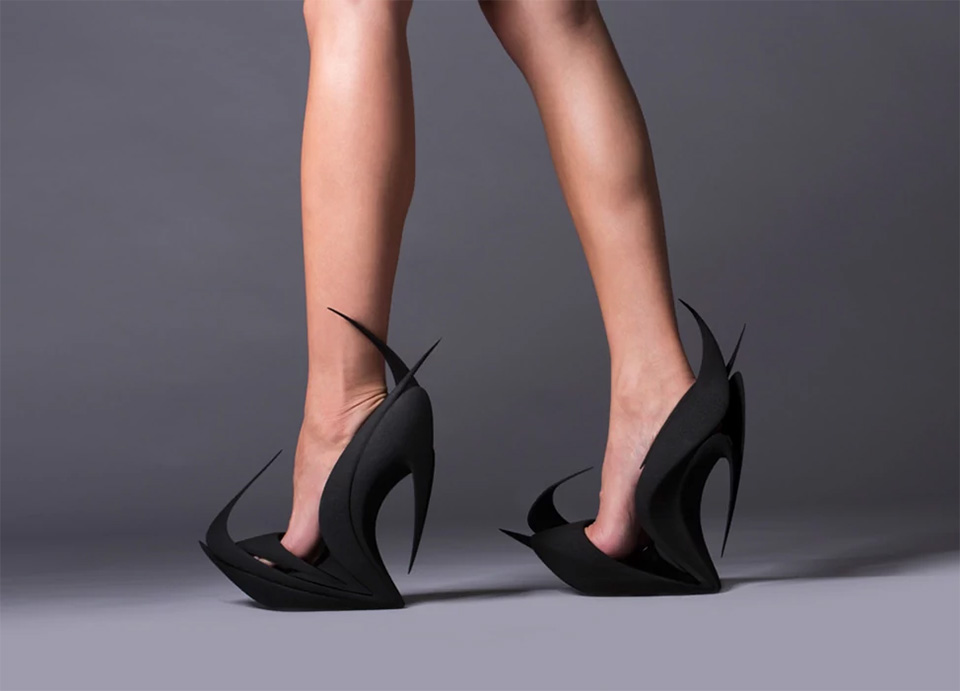 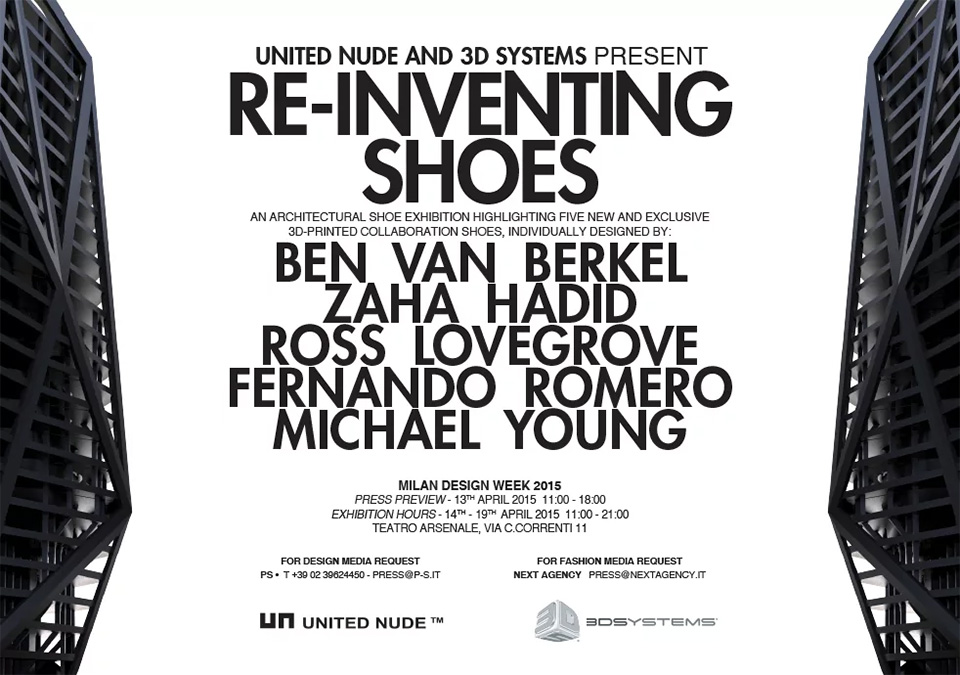 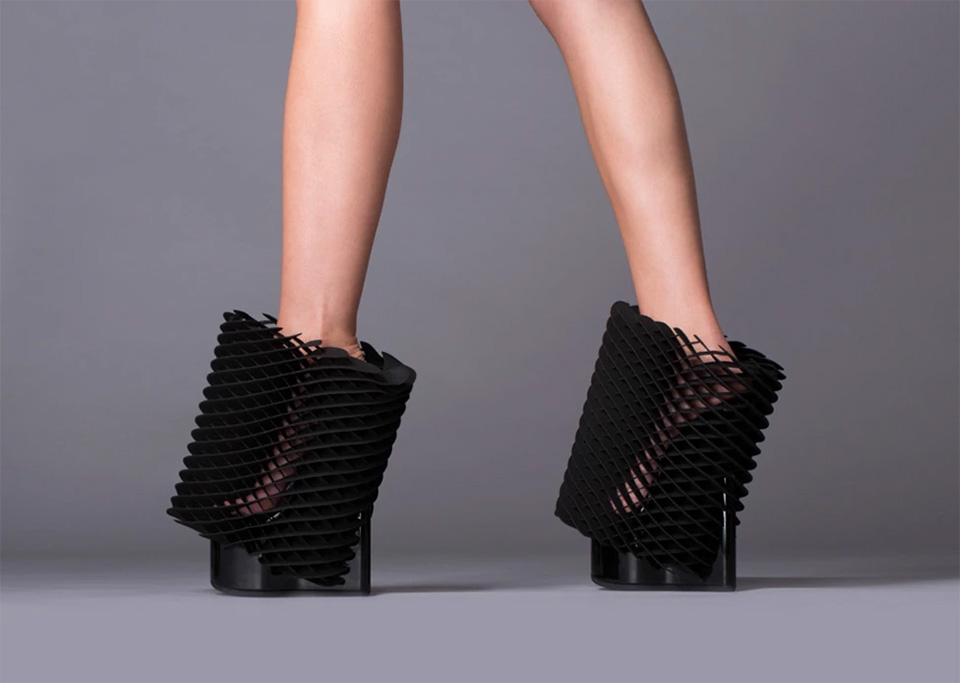 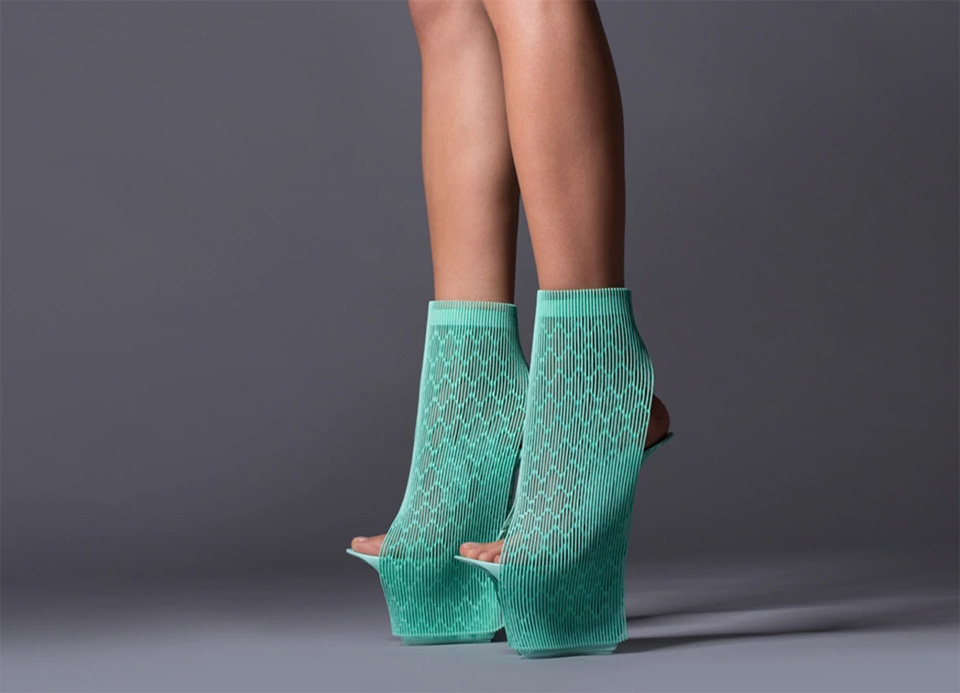 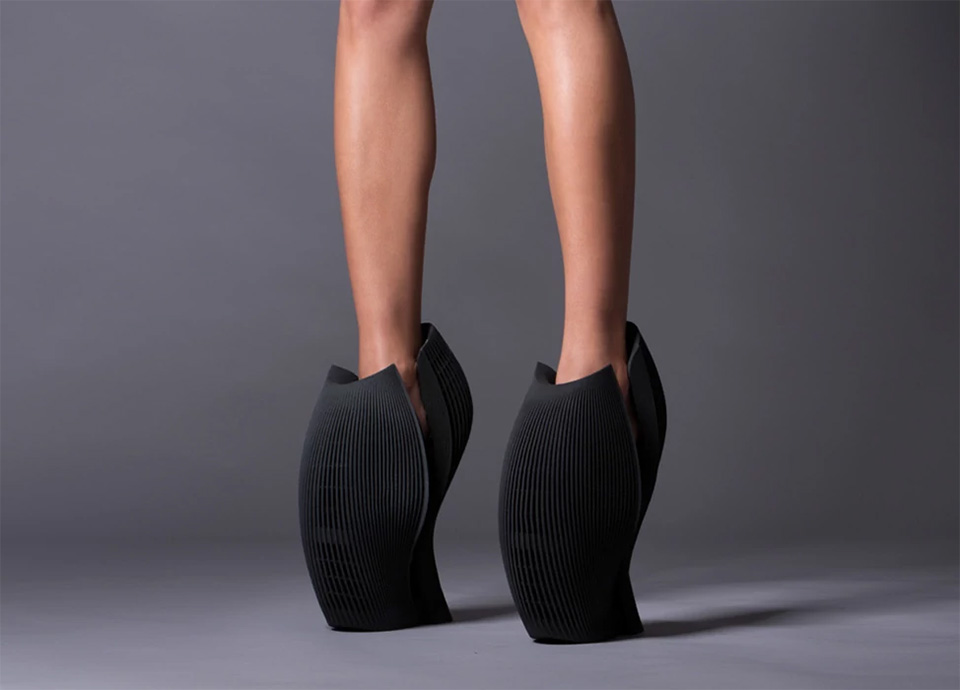 In the not-too-distant future, we might all be printing our style accessories at home. The people at United Nude have envisioned this future in a new series of 3D printed footwear designed by some of the world’s greatest living architects. The United Nude 3D Printed Shoes collection features designs by Zaha Hadid, Fernando Romero, Ross Lovegrove and more — all printed using 3DSystems technology.

This week at Salone del Mobile in Milan, Italy, United Nude and other brands are revealing their latest innovations to a design-minded audience. While the event is focused on furniture and interiors, United Nude’s new footwear series takes its inspiration from architectural concepts. United Nude teamed up with 3DSystems, a 3D printing company, and invited five architects to join the project.

The United Nude 3D Printed Shoes concept, titled “Re-Inventing Shoes“, features five designs by five celebrated architects and designers. These include Ben Van Berkel, Zaha Hadid, Ross Lovegrove, Fernando Romero and Michael Young. Each has its own distinct identity, varied in the spirit of design, but produced with the same 3D printing system. Hadid’s “Flames” shoes are sharp and dynamic. Romero’s “Ammonite” shoes are symmetrical and arthropodic. Each shoe is very different from the next, and the whole set shows just how flexible 3D printing technology can be.

For now, the United Nude 3D Printed Shoes concept is a short-run, prototype only project. However, it might be pretty simple to scale this project into wider production. With 3D printing, the design is the hard part, and this has already been completed by some of the biggest names in the business. The next step would be to print them for shipping, or alternatively, release the designs so fans can attempt to create them closer to home. 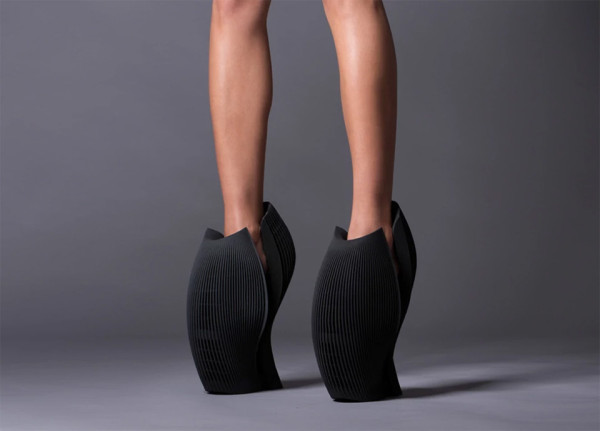 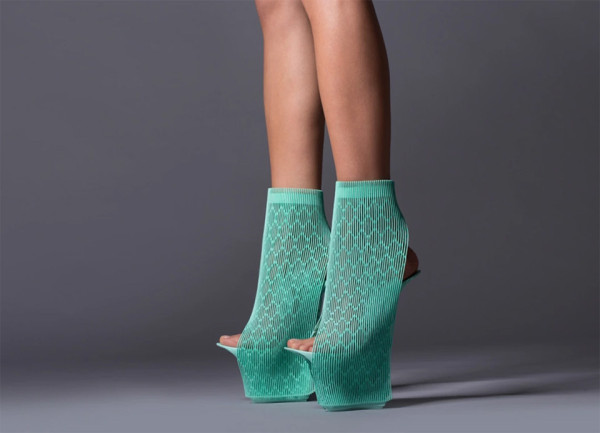 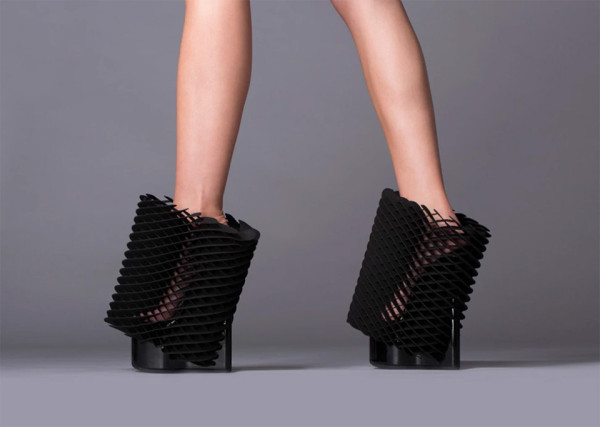 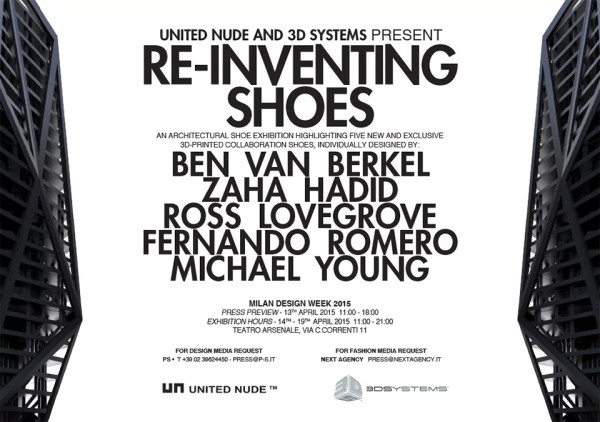