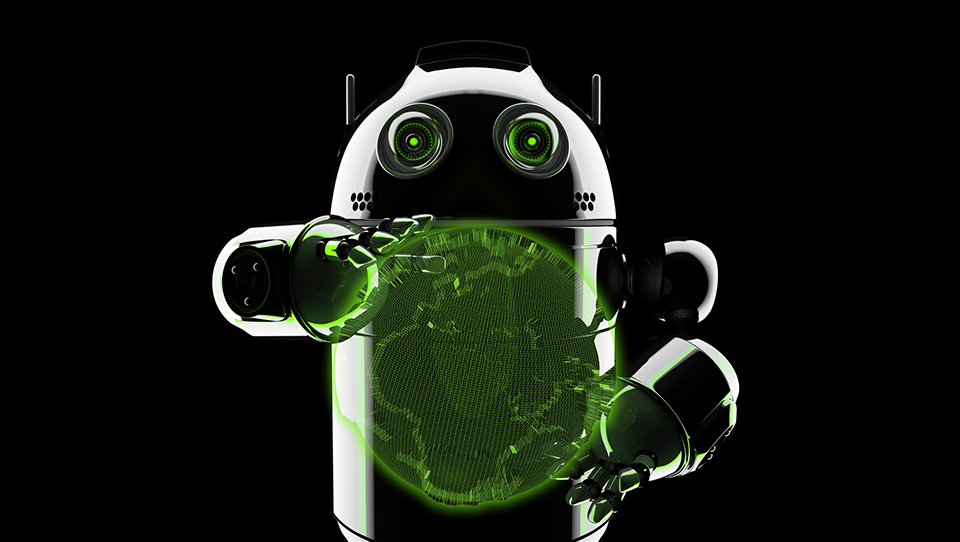 We live in strange times. The state of the gaming industry is on the verge of a profound transition, as gaming studios and console producers lag behind the pace of technological change around them.  The launch of the Xbox One – which should have been a capstone event in gaming’s history – is likely to be seen as a dud in the rear view.  The PlayStation 4 launch was far more exciting, and the console sales have largely followed suit.  However, it’s not the new class of consoles that is set to shape the next few years of gaming, but the rise of a new force in the gaming world that few in the industry are prepared for.

There’s an unpleasant, underlying reality to next-gen consoles:  Microsoft and Sony haven’t done anything particularly new or revolutionary with their systems. Don’t get me wrong – both consoles are veritable powerhouses, packed with more bells and whistles than I could possibly recount here. The problem is that, save for a few small innovations here and there, none of them area really worth caring about from a gaming perspective.  Given the weak launch library of the two systems. The problem is that, in spite of all their power, in spite of all the cool stuff Sony and Microsoft has done, they’ve forgotten one key element: games. Neither the Xbox One nor the PlayStation 4 has a particularly worthwhile launch library;  most of the ‘next gen’ games worth playing are readily available on the current generation.

There’s a reason we’re still hearing cries of stagnation rumbling throughout the industry, and why some are even going so far as to say we’re long overdue for another video game crash like the one that very nearly destroyed gaming back in 1983. While I could give many reasons why such a crash isn’t likely to happen – Virtual Reality, the explosion of mobile game development, Biofeedback, or the fact that games are currently the most popular form of digital content all come to mind – I do agree that console gaming could well be stuck in a particularly deep rut. It may well be that the industry needs a new competitor to burst onto the scene and bring about an end to that stagnation, similar to how Nintendo, Sega, and Atari saved gaming during the console crash.

Microsoft’s poor PR might well be the foot-in-the-door such a competitor needs.

See, the studio still hasn’t quite recovered from its significant blunders at E3, a fact reflected in the sales numbers of each console – 5.3 million for the PlayStation 4 versus 3.6 million for the Xbox One. Factor in that the former hasn’t even released in Japan yet, and there’s a fairly wide gulf between the two competitors, which doesn’t look like it’s going to be bridged anytime soon. It should come as no surprise that, in light of this, investors are calling for CEO Satya Nadella to drop its Entertainment and Devices division. Even in the face of the Xbox One’s sales numbers, Microsoft’s Xbox division is still heavily in the red, to the tune of several billion dollars. Though there’s currently no indication as to whether or not Nadella will listen to his investors, it’s clear that such a move would represent a crushing victory for Sony, and could open the doors wide for a new competitor to make their way into the living room space.

If Microsoft does indeed bow out of the console market, Google might well be the one to fill the void; it’s certainly well-equipped to do so.

It’s no secret that Google’s already a major player in mobile gaming, holding a staggering 79% of the global smartphone market. It’s been putting in a concerted effort to solidify its presence with Google Play Games – an Xbox-Live or PSN-style service which features achievements, matchmaking, cloud saves, and identity services for both players and game developers. Coupled with Google’s decision to triple the number of categories on the Play Store this month, it’s clear that Google takes gaming very seriously – which is why it makes perfect sense for the organization to expand into the living room.

For one, there’s the fact that Apple – still Google’s major competitor in the smartphone market – intends to do just that. Rumor has it that Apple’s working on a new set-top box which will allow users to download apps straight to their TV, letting them play games without having to purchase a dedicated console. This rumored new product would replace the current Apple TV device, and would run on similar software to the iPhone and iPad. For Google to ignore such a move by Apple would be foolish at best, and downright dangerous at worst – and as they’ve proven many times in the past, the people who run the show at Google are anything but fools.

The rumors swirling around Apple aren’t the only indication that Google’s got something big in the works, either. There’s also evidence that it’s working on setting up its own first-party game development studio. Recently Noah Falstein – a renowned games industry veteran of over thirty years – updated his LinkedIn Profile, adding the title of “Chief Game Designer at Android Play Studio.”  Similarly to how Microsoft, Sony, and Nintendo lead by example on their respective platforms – demonstrating to developers how they can leverage new features and techniques – first-party titles released by Google could very well show how games on Google Play are done. Google already does this with its Android apps, so it’s not actually that significant a leap for them to start doing the same with games, as well.

In terms of game development, the process could be helped along significantly by Google’s recent purchases in the AI field – in particular, the machine-learning firm Deepmind, which at the time of acquisition was working on software that could learn to play video games through its own errors and poor scores.

Android isn’t the only gaming space in which Google’s already got a significant presence, either. Google Chrome – which is currently the world’s #1 web browser – represents a powerful gaming engine in its own right through HTML5 and WebGL, and Google’s I/O 2013 conference featured a laundry list of awesome gaming demos for Chrome and Android, and the folks at Epic have actually managed to get the Unreal Engine 3 running in a browser. As such, though Android may well be where Google’s greatest strength in gaming lies, we certainly shouldn’t discount Chrome, which could easily be used as the backend for a console (or simply an on-board browser, a-la Internet Explorer on Xbox Live).

It should be clear by now what all this builds up to: Google is planning to launch a home gaming console of its own. As reported by the Wall Street Journal (which has a record of consistency where Google-related rumors are concerned), the company is hoping to design a device similar to Apple’s. Here, the inherent platform fragmentation of Android would be its greatest strength: the operating system is designed, after all, to adapt to a wide variety of different screen sizes and resolutions. What this means is that a set-top box running Android would be all-encompassing right at launch.

Google’s purchase of Flutter back in October could allow it to equip such a console with a Kinect-like interface, allowing it to utilize both voice and gesture-recognition in a similar fashion to the Xbox One.  Though the base technology isn’t anywhere near as robust and powerful as the Kinect, it could serve impressively well for simple motions like a swipe. With a little more hardware development, Google could equip its theoretical console with a powerful motion-control peripheral.

Now, it’s worth mentioning that there’s a lot that could go wrong here. For one, we’ve been hearing rumors about a set-top box from Google for at least a year now, back when it was reported that the company was showing off a secret, gesture-controlled prototype at CES 2013.  There’s also the fact that the only successful living room product Google’s currently produced is the Chromecast, a dongle that allows for easy streaming from Chrome and Android. Apple, at least, already has a more powerful peripheral to base its rumored gaming device off of.

It’s also not outside the realm of possibility that the Nexus TV – if that is indeed what this device is called – could fail, and end up in the same category as the Chromebook or Google Buzz. Google’s far from the only big name eyeing the living room, and many are far more established in the games industry than the search giant: Valve, for example, hopes to put out a SteamOS console this year. If it beats the Nexus TV to the punch, Google might well have a difficult time recovering.  At this point – knowing as little as we do about the product – it’s simply impossible to tell one way or the other if it’ll leverage Google’s mobile strength or simply be another Chromebook or Google Buzz-esque dud.

While many other fields in gaming are flourishing, console gaming has entered a strange sort of limbo. While it’s not necessarily stagnant, the market has certainly slowed, and is ripe for a powerful competitor to come in and upset the balance. Google could well be that competitor – but there’s an equal chance that this might represent yet one more failed endeavor from one of the most innovative companies in the world.

Written by Nicholas Greene for TheCoolist.com