Virtual reality has always seemed like a distant promise. It’s a tomorrow technology. It exists in prototypes and science fiction and strict developer environments. While we can dream about virtual worlds in an Oculus Rift or Sony’s Project Morpheus, we’re still years away from experiencing them. Until today, however, as HTC and Valve have revealed the HTC Vive, a new virtual reality headset that is slated for shipping in late 2015. Before this calendar year is over, you and I might be witnessing virtual reality in the first person.

The HTC Vive is the product of a development partnership by HTC and Valve. It promises to provide the most visually compelling virtual reality experience yet, using high definition displays and high frame rate playback. Under “the hood”, two 1080 pixel-width displays present crystal clear images at 90 frames per second. This frame rate is the fastest of any VR headset yet, designed to present no visual lag when moving around in a virtual environment. The goal is seamless virtual reality, and it’s a promise that HTC and Valve plan to deliver this year to consumers like us.

Unlike the Oculus Rift and other virtual reality prototypes, the HTC Vive has built-in flexibility for movement. The Rift is a sit-and-play virtual reality headset. You can do the same with the HTC Vive, but this one can also be used while moving about the room. The Vive is connected to a base station that can recognize movement in a 15-foot radius, allowing the wearer to move about the room while engaging the virtual world. This presents more opportunities to developers than it does to users, so far, as it’s difficult to imagine precisely how this will play out. It will likely take dedicated software (or hardware accessories) to bring out the most of this “movable” functionality. Fortunately, the HTC Vive will ship with a pair of wireless controllers for precisely this kind of moving interaction. More on this is likely to come out as we approach the Fall/Winter ship date.

The HTC Vive is promising news for virtual reality enthusiasts, gamers and software developers. It is slated to interface directly with Valve’s Steam library as soon as titles are prepared for this new system. It’s an exciting moment for the prospect of virtual reality, and it is the first to put a tangible date on its arrival. Stay tuned, more to come on this virtual frontier. 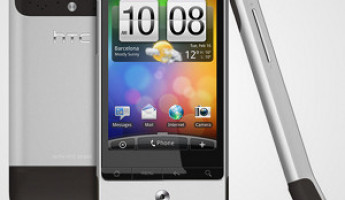 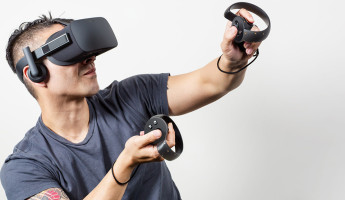 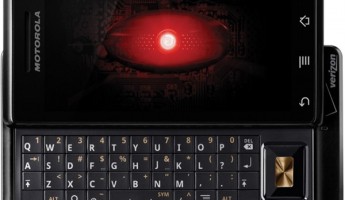 Mobile
The Motorola Droid: Android Perfected
TheCoolist is supported by our readers. When you buy through links on our site, we may earn a commission. Learn more.
Let's connect
What’s Hot
Join TheCoolist
100% free, unsubscribe anytime.