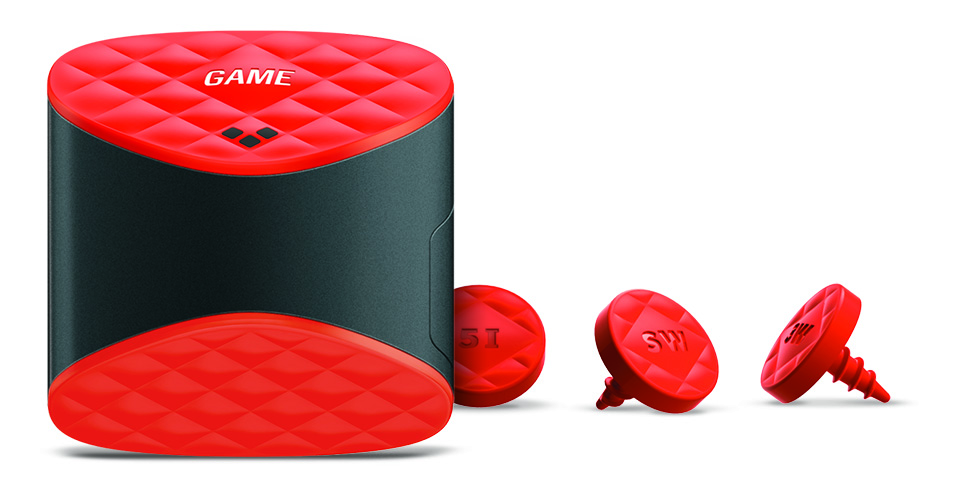 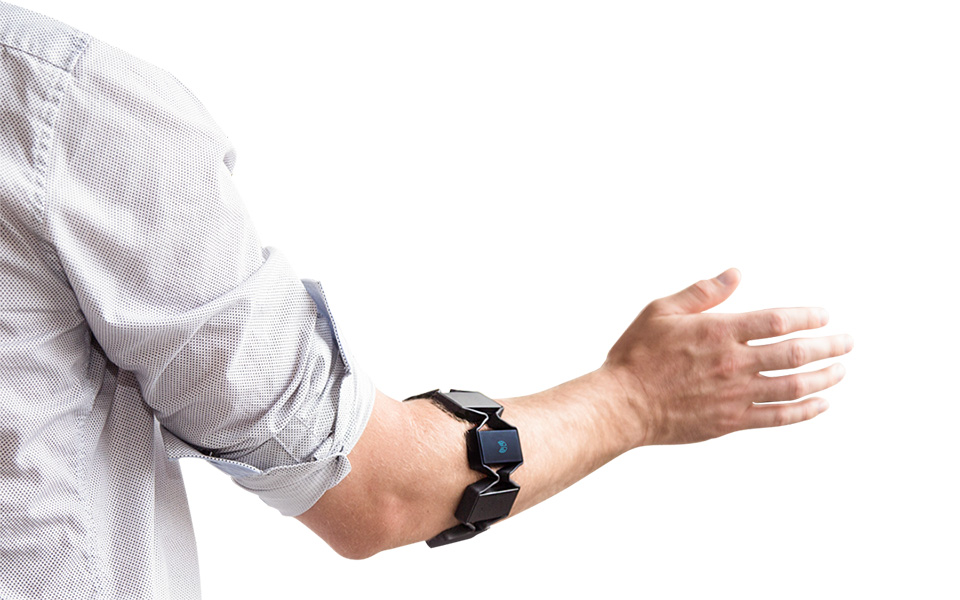 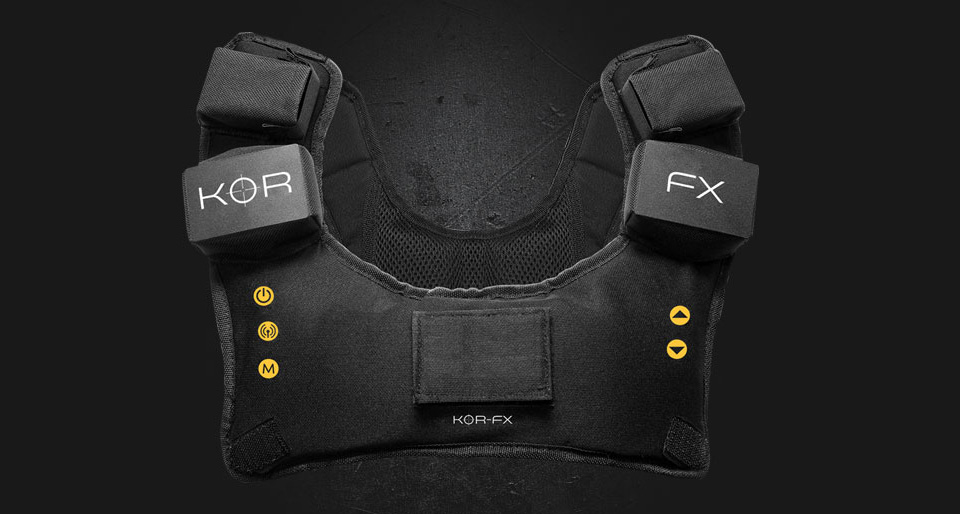 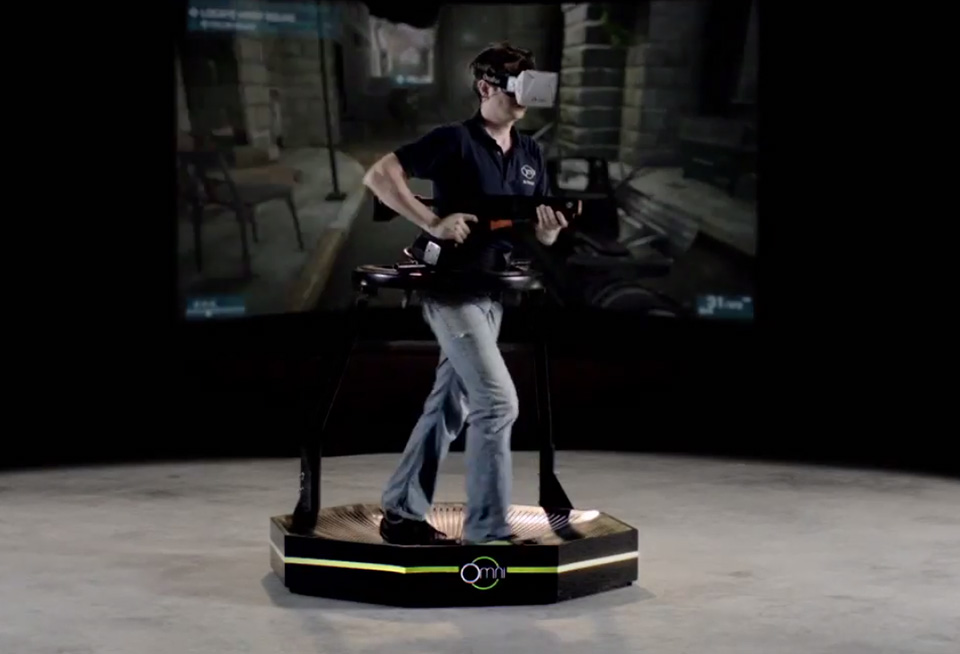 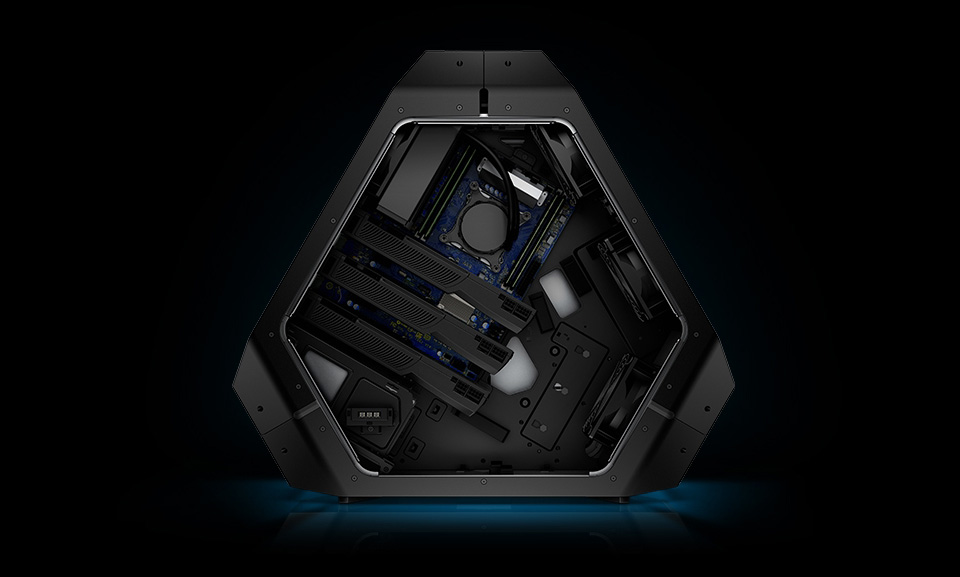 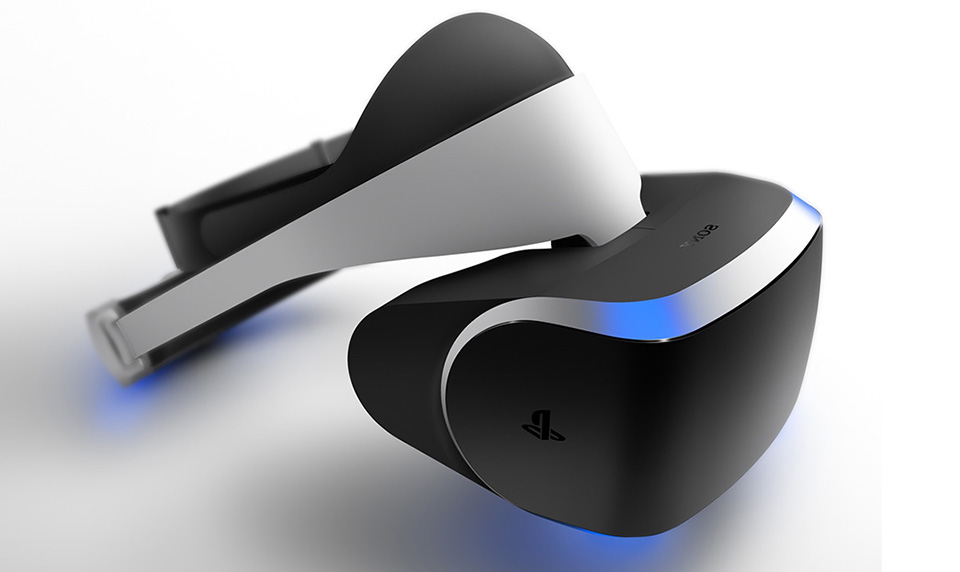 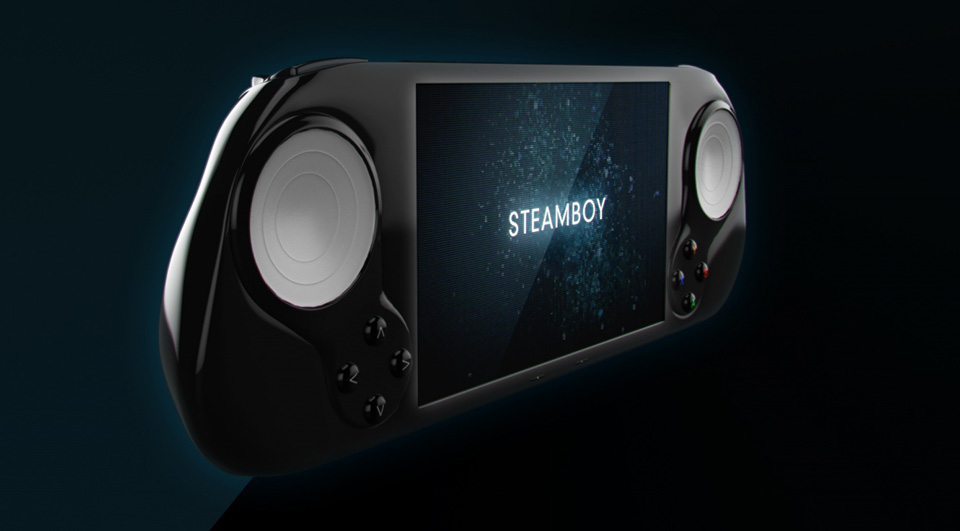 Gaming Gadgets 2014 – If you want to feel the pulse of technology’s evolution, just pick up a video game controller. Video game technologies and design principles are making their way beyond gaming and into our day-to-day lives, while the hardware we use to run our games has become almost jaw-droppingly powerful. On top of that, virtual reality’s finally starting to come into its own, as projects like Sony’s Morpheus and the Oculus Rift have gained an ever-increasing degree of traction with both consumers and investors.

Taken together, all of this can only mean one thing: the future’s bright for the games industry, and there’s never been a better time to be a gamer.  Everyone in the industry has their eyes facing forward, eager to see what the new year has to offer. Before looking forward, however, it’s always a good idea to look back – which is what we’re going to do today. We’re going to take a look at some of the best gaming gadgets of 2014 – the stuff that has everyone practically drooling over its applications. Make no mistake – these are the gadgets, consoles, and systems to keep an eye on as the new year dawns.

1. Google Shakes Up Console Gaming With The Nexus Player

The revelation that Google was planning to take a more direct approach to game development wasn’t an entirely surprising one. After seeing the recent successes enjoyed by Sony and Microsoft in the console games space, it’s likely that the search giant wants a piece of the pie. The Nexus Player is its attempt to seize one.

An all-in-one device that promises to combine gaming, television, and general entertainment into an incredibly compact, extremely easy-to-use package;  The Nexus Player features voice search, full access to the Google Play Store, and connectivity with a wide array of entertainment apps. 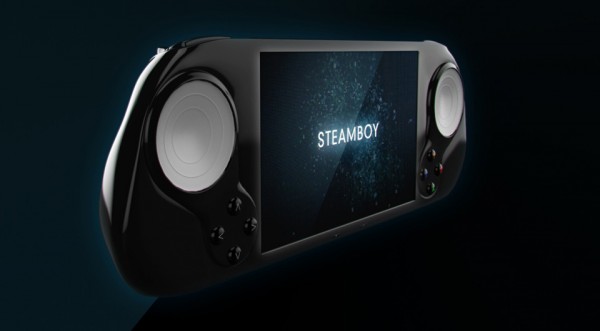 Though it’s not officially developed by Valve, the Steamboy nevertheless looks every bit as professional as any project developed by that studio. With a design somewhat reminiscent of the PlayStation Vita, it allows its owner to take nearly their entire Steam library on the road with them, whether on the bus or at the mall. Equipped with the capacity to stream games from a user’s desktop, power is no object for the Steamboy – it can run Evolve just as easily as The Binding of Isaac. It’s due for release in 2015, so keep an eye out. 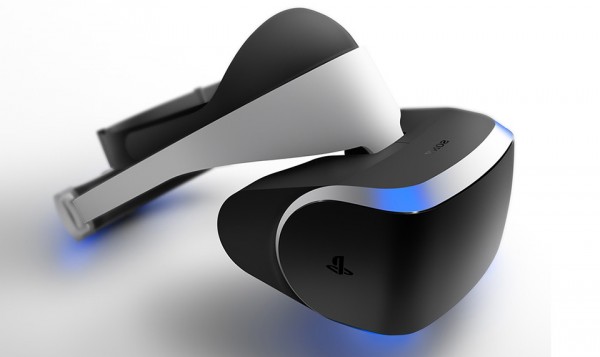 When Sony unveiled Project Morpheus at the 2014 Game Developer’s Conference, it did so to a great deal of critical acclaim. The company’s made nary a misstep since the announcement of its new console, which meant that developers, consumers, and journalists alike were extremely excited for what the project could represent for the PlayStation 4.  Though it’s still in-development at the moment, the revelation that it’s compatible with both the PlayStation Eye and PlayStation Move means one thing above all else – PC gamers aren’t the only ones who’ll be able to enjoy a truly immersive VR experience.

4. Alienware Is Still The King Of PC Gaming: The New Area 51 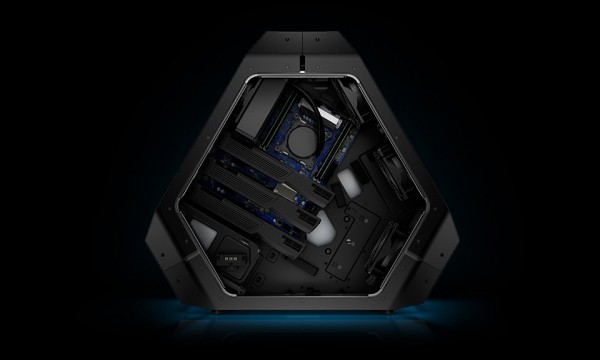 There was a time not so long ago when Alienware was known as the king of high-end PC gaming. They were one of the biggest names in the industry, with customers the world over praising their design innovations. It was not long, however, before the company found itself struggling to keep pace with a changing market, outstripped by competitors like MSI, Razer, and Asus. This year, the company stepped up to reclaim its throne, through the announcement of an incredible, innovative, and visually stunning new addition to its Area 51 product line. With a chassis that both looks incredible and allows for more efficient cooling, the redesigned Area 51 could be just what Alienware needs to re-establish itself as a darling to PC gamers everywhere. 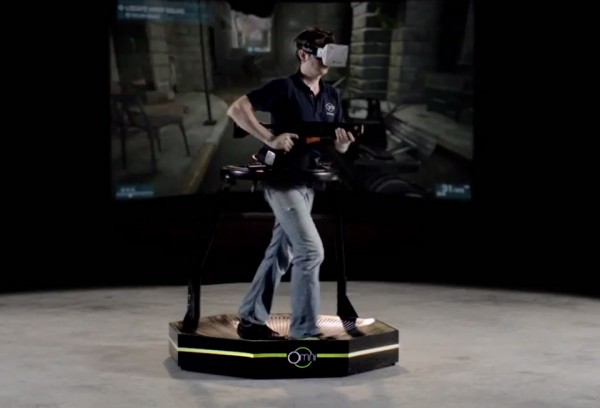 A lot of virtual reality products and innovations focus on either sight or touch. The developers want you to be able to see your games as naturally as you would your living room; to feel them in much the same way as you feel the ground beneath your feet. What many don’t tend to focus on is motion – for all the innovations we’ve made in sight, sound, and touch; movement in games is still relatively clunky and archaic.

That’s where the Virtuix Omni comes in. Simply put, it’s an omnidirectional treadmill that quite literally puts you into the shoes of whatever character you’re playing. When you walk, they walk; when you run or crouch, they do the same. It adds an incredible new layer of immersion to games, putting you right into the thick of whatever title you play.

6. Illumiroom Turns Your Room Into An Interactive World

Towards the end of last year, Microsoft researchers revealed that they were working on a very exciting concept – a system known only as IllumiRoom. How it works is fairly simple, but the implications are huge. Using a Kinect for Windows camera and a projector, the IllumiRoom would turn whatever room it was placed in into a fully-interactive virtual world; with the capacity to change a room’s appearance, induce the illusion of motion, extend one’s field of view, and generally bring about a gaming experience like no other. It’s still in the conceptual stages at this point, but there’s nevertheless a good chance that 2015 will see it further developed. 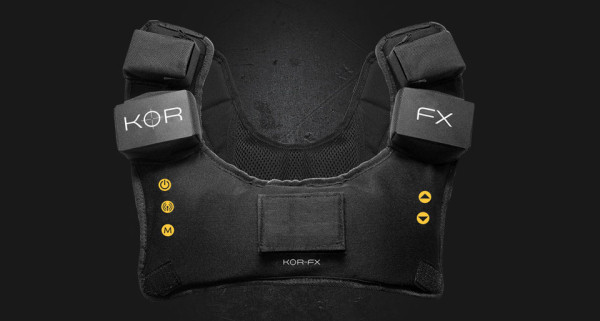 The idea behind the KOR-FX gaming vest is as follows: visual immersion is great, but haptic immersion is even better. Dubbed as “the next generation of environmental realism,” the KOR-FX vest is capable of providing a user with directed output, allowing someone to not only feel that they’ve been hit by a bullet in-game, but also to determine the direction from which the shot came. It doesn’t just work with games, either – a user could very well put on one of these vests to quite literally feel their music.

8. Myo Gesture Control Armband Puts Gaming at the Flick of a Wrist 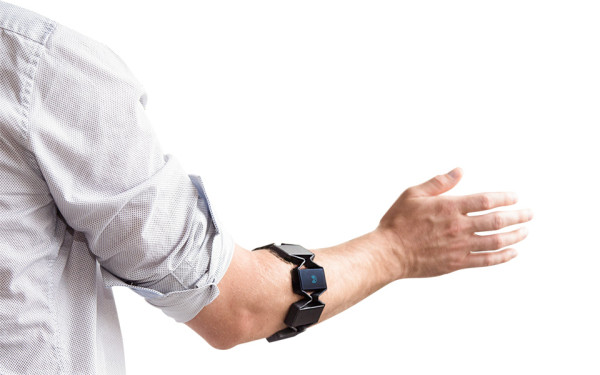 One of the most common sights in science fiction is full-scale gesture control. A businessman brings up an earnings report with a flick of his wrist, a soldier controls a robotic suit simply by moving his arms; a general commands his forces with a holographic display. Thalmic Labs’ Myo Armband might be the first step towards making that fiction into a reality. Equipped with proprietary EMG sensors, Myo measures electrical activity in the arm of its wearer in order to determine how they’re moving. The possibilities for such technology go far beyond gaming – they’re pretty much endless, in fact.

You can pre-order one for yourself to the tune of $149. Developer kits are currently in the process of shipping, with consumer models due shortly after the dev-kits are all on the market. 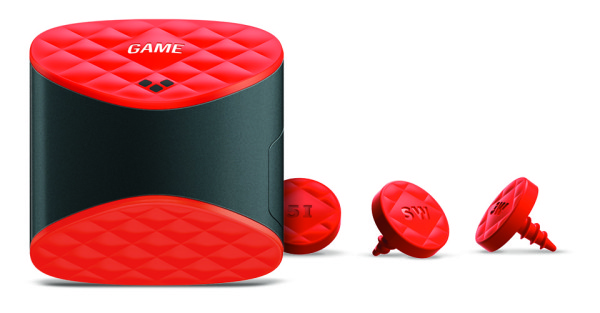 One of the most exciting developments in gaming tech doesn’t even directly involve gaming. GAME’s Digital Golf Tracker essentially turns a game of golf into a video game, tracking performance data such as swing, drive distance and scoring – and all without any active input from the player. Even better, its companion app allows players to share their games – in real-time – with their friends, in addition to allowing its users to connect with other GAME device users within their city.

10. Dexmo Virtual Reality Gauntlets Allow You To Feel the Game

Even though we’ve all gotten well-used to keyboard-and-mouse interfaces, they aren’t always the most intuitive in the world. Dexmo’s Virtual Reality Glove seeks to change how we interact with our computers and games, by allowing its users to literally reach out and ‘feel’ the worlds represented on-screen.  It features a force-feedback unit, with actuators that stop your fingers/hand when those of your avatar come into contact with something in virtual space.

With applications every bit as exciting for general PC use as for virtual reality gaming, the VR Glove is a promising project indeed – and definitely one to look back at in 2015.

2014 was a good year for video games – and 2015 is geared to be even better. Built upon the tech that surfaced this year, there can be no doubt that developers, engineers, and inventors alike are going to create some positively mind-blowing stuff as the new year dawns. And you can bet that we at The Coolist will be paying very, very close attention all the while – just as you should be yourselves.