Hubble Space Telescope Boldly Shooting What No Man Has Shot Before

of 20
Jupiter at a glance - Jupiter's atmosphere.
Supernova 1994D - Supernova 1994D in galaxy NGC 4526.
This image shows a small portion of a nebula called the Cygnus Loop. Covering a region on the sky six times the diameter of the full Moon, the Cygnus Loop is actually the expanding blastwave from a stellar cataclysm - a supernova explosion - which occurred - A small portion of the Cygnus Loop nebula.
Sharpest ever view of the Andromeda Galaxy - The largest and sharpest image ever of the Andromeda galaxy.
The Twin Jet Nebula - The Twin Jet Nebula or PN M2-9, a bipolar planetary nebula. Bipolar planetary nebulae are formed when the central object is not a single star, but a binary system.
A rose made of galaxies - Arp 273: A pair of interacting galaxies.
Most detailed image of the Crab Nebula - Crab Nebula.
New view of the Pillars of Creation — visible - The Eagle Nebula’s Pillars of Creation.
Blue bubble in Carina
A Sky Full Of Glittering Jewels
Globular cluster 47 Tucanae
Massive Star VY Canis Majoris - Visible Light
The Hubble eXtreme Deep Field - That's a lot of galaxies.
A galactic sunflower
Hubble Mosaic of the Majestic Sombrero Galaxy
Saturn-Moons-Hubble-The-Coolist
The best Earth-based view of Mars ever - One large storm system high above the northern polar cap [top of image], and a smaller dust storm cloud can be seen nearby. Another large duststorm is spilling out of the giant Hellas impact basin in the Southern Hemisphere [lower right].
Jupiter's Great Red Spot and Ganymede's shadow — colour
Jupiter-Io-The-Coolist - Jupiter and its moon Io.
Hubble-Space-Telescope-The-Coolist - Hubble Space Telescope. Image taken from Space Shuttle Atlantis.
Hubble Space Telescope Boldly Shooting What No Man Has Shot Before
Buy Now 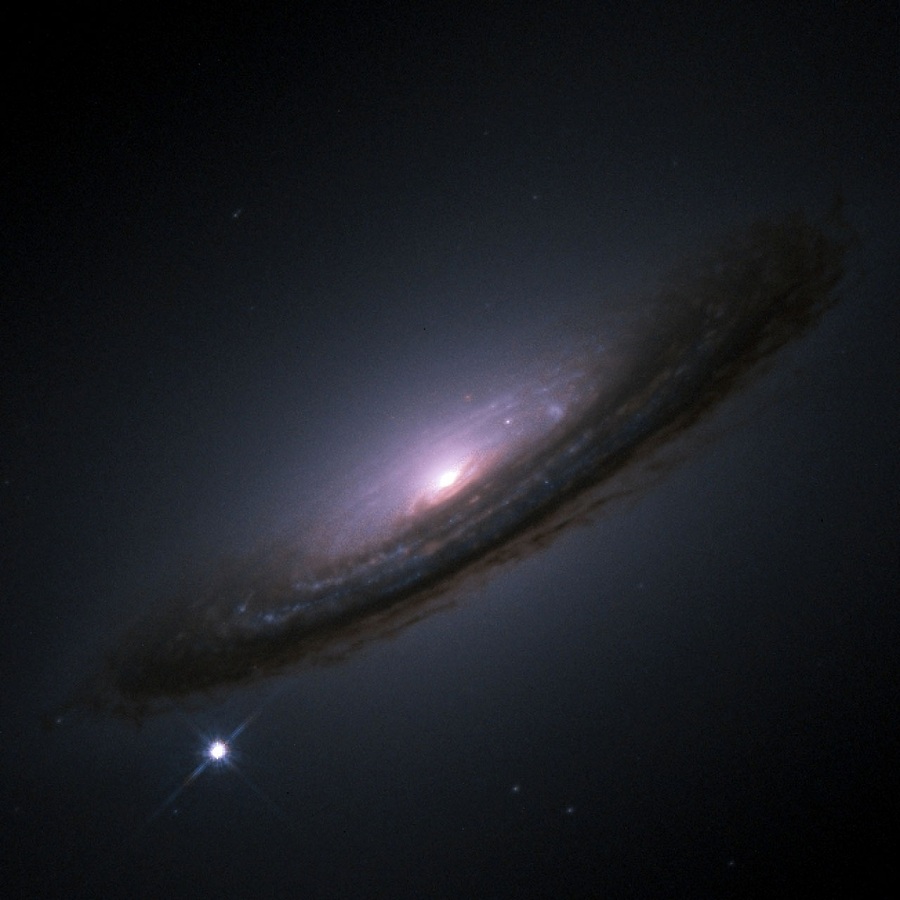 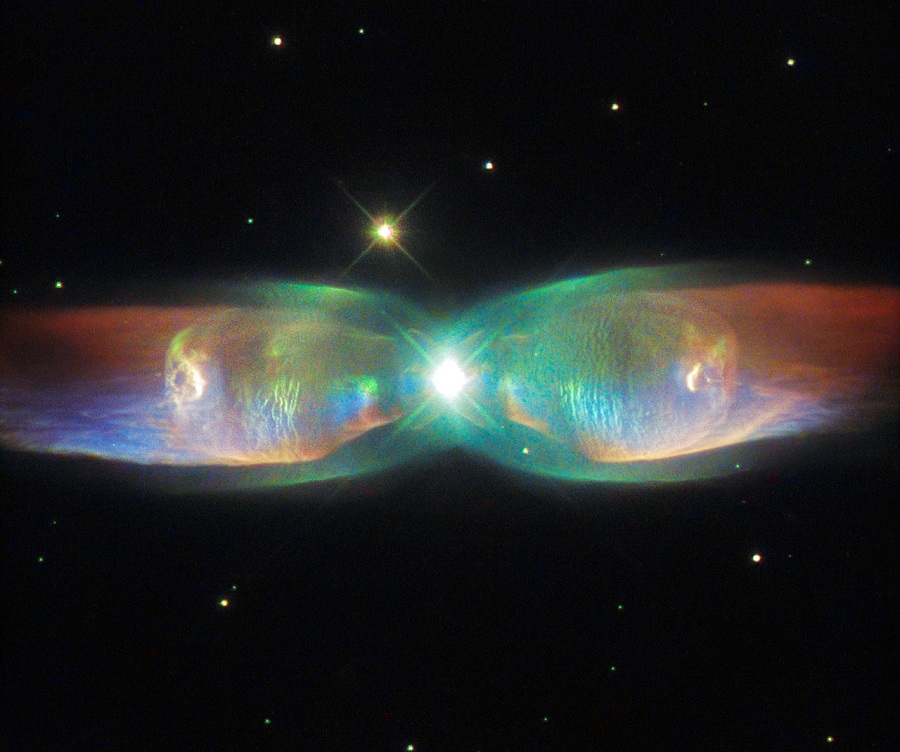 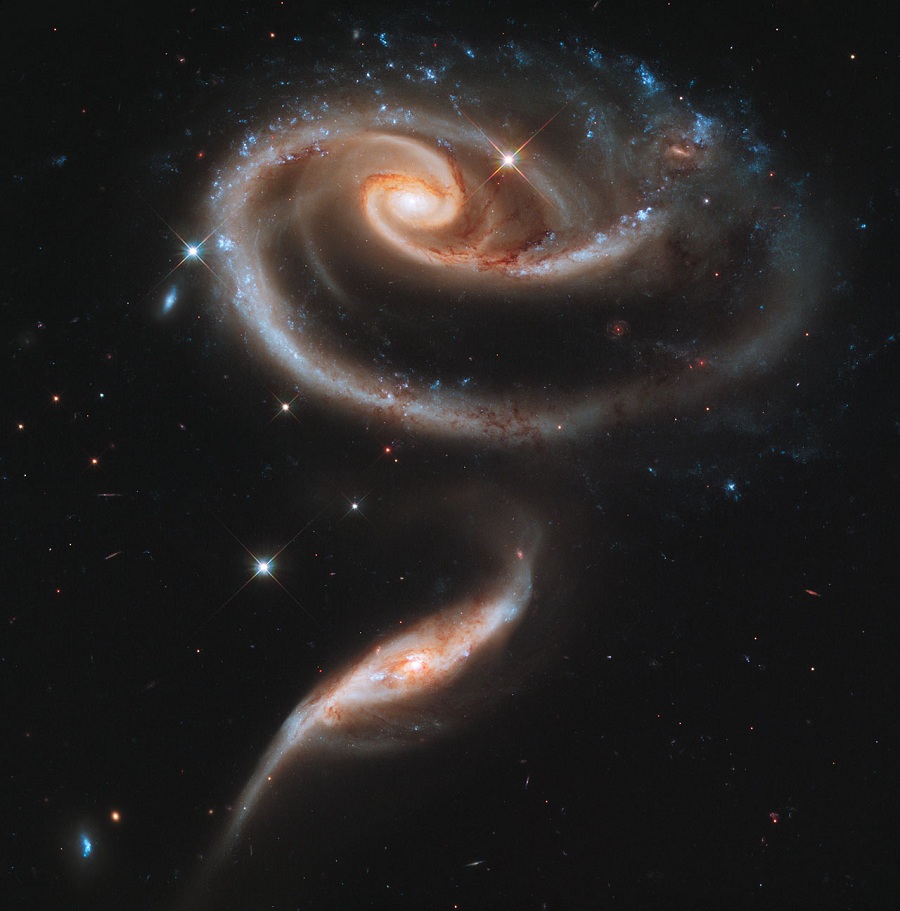 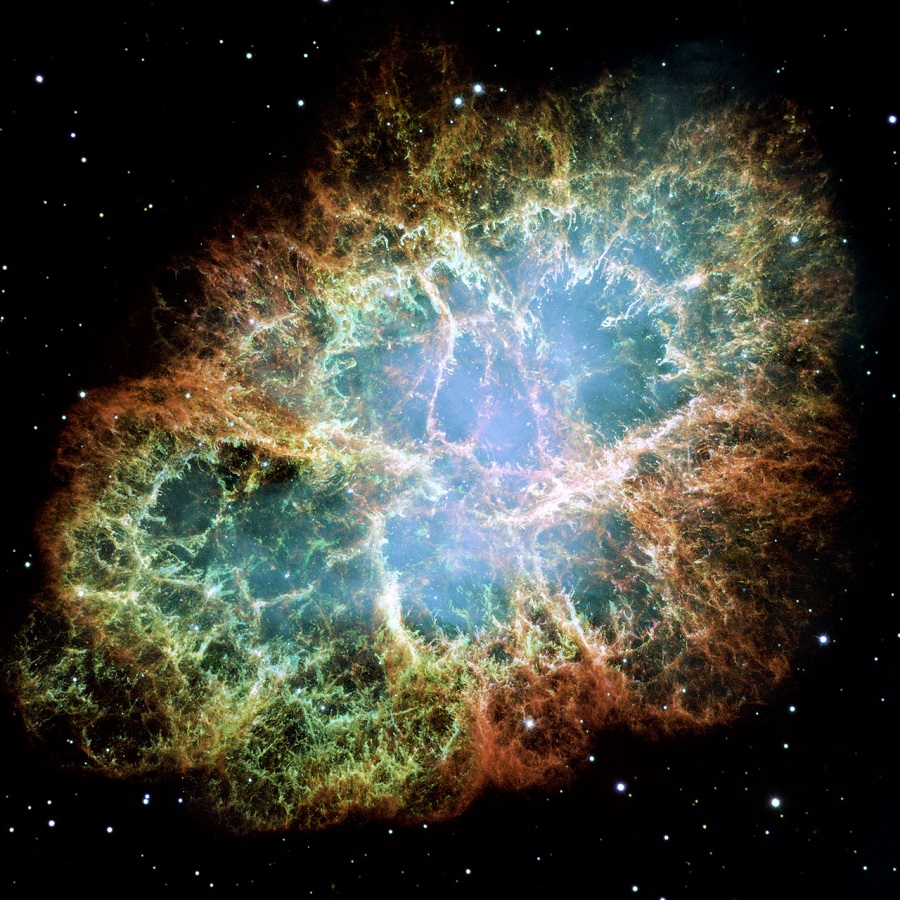 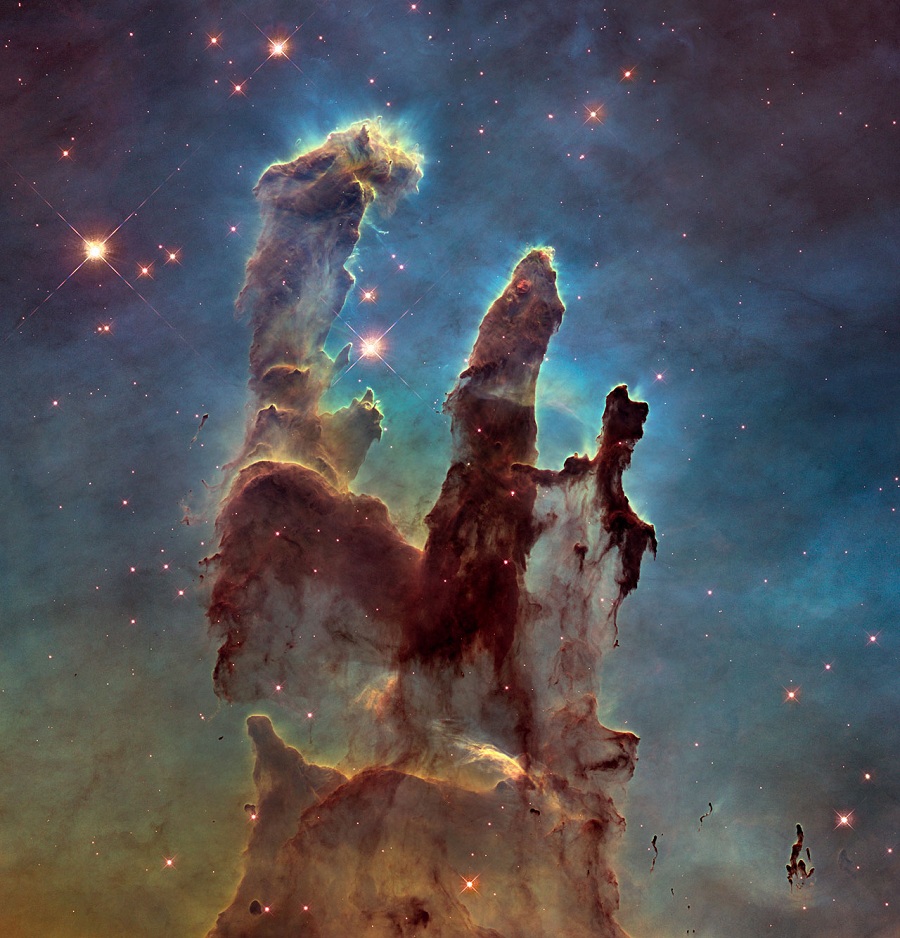 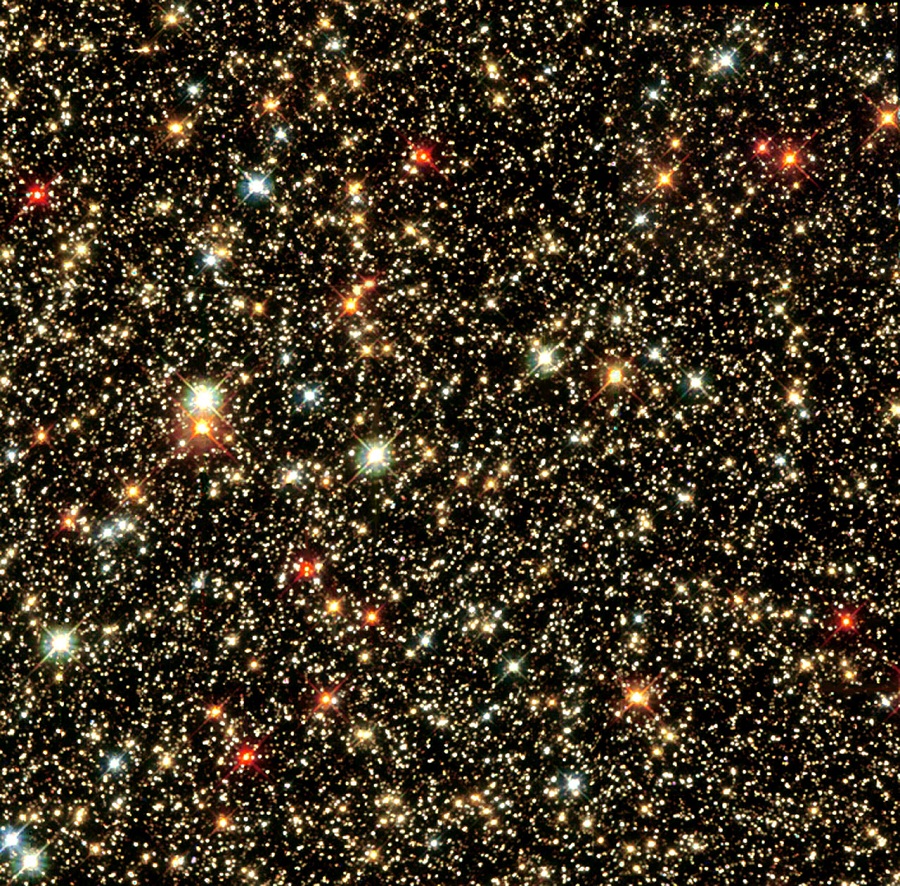 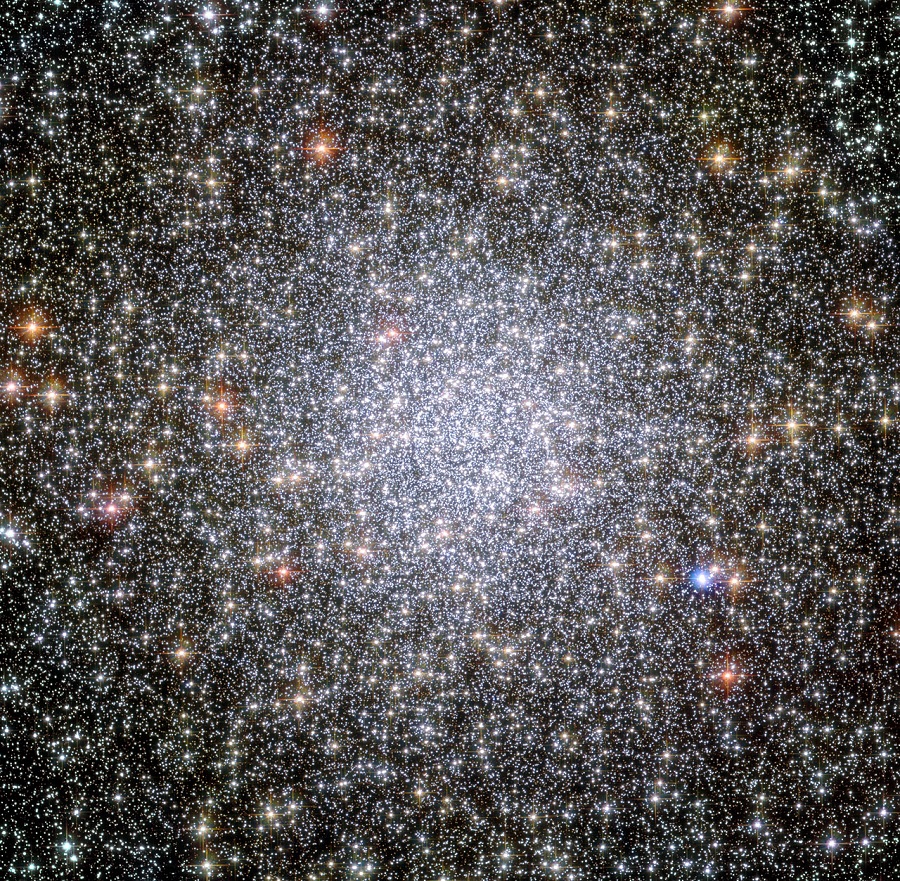 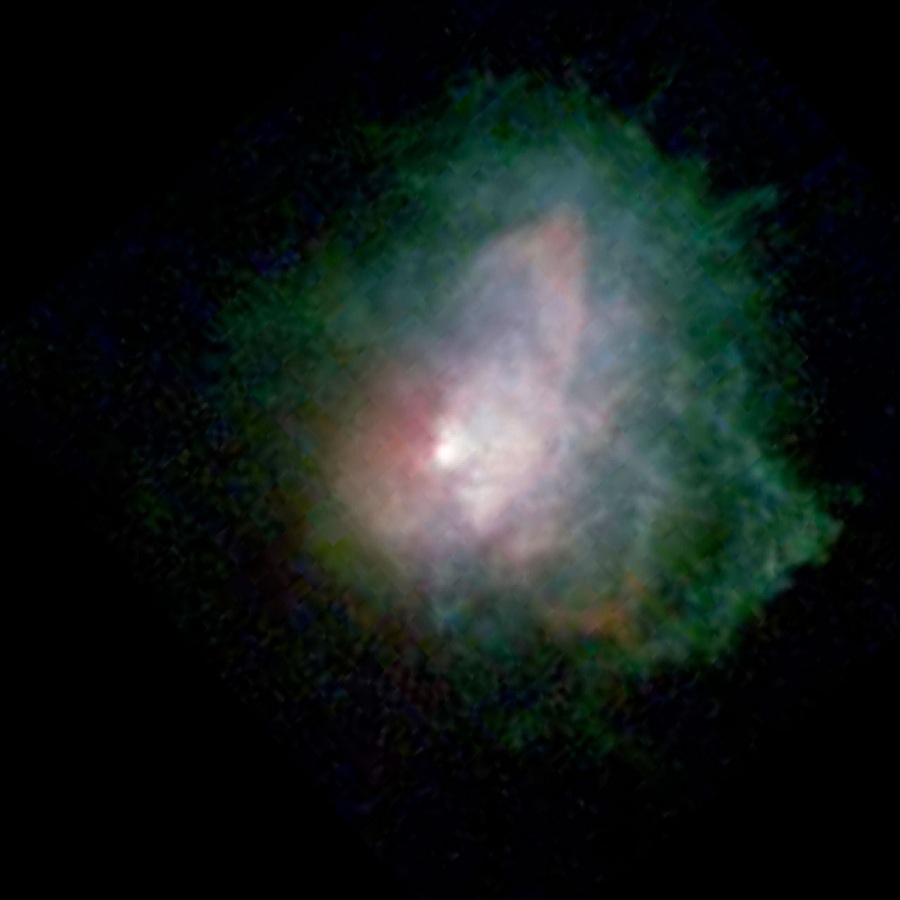 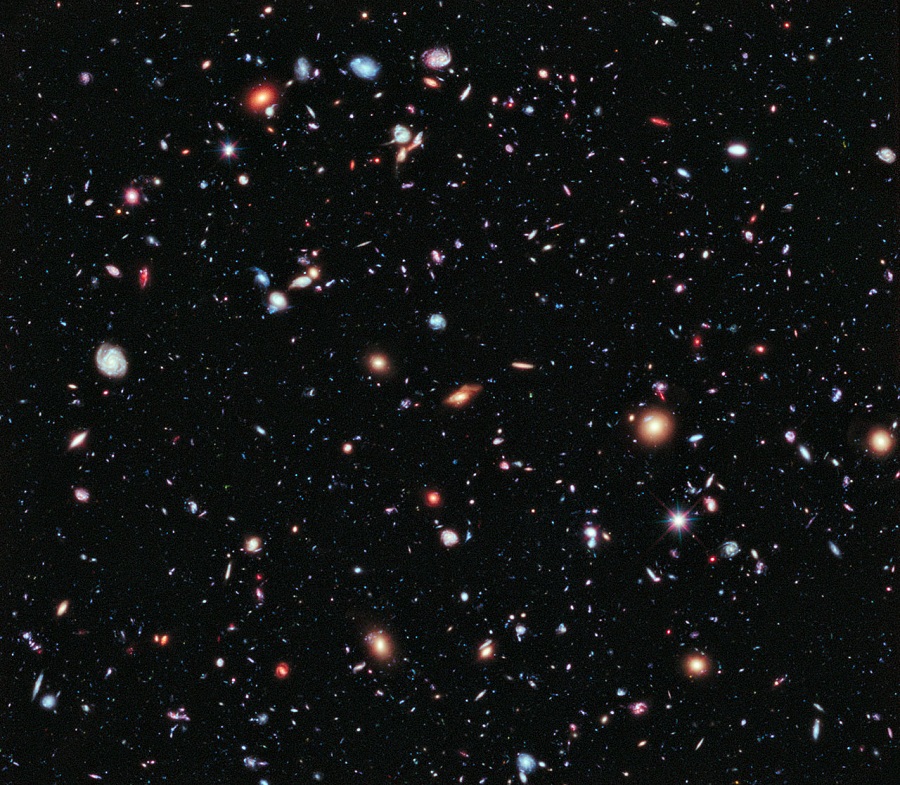 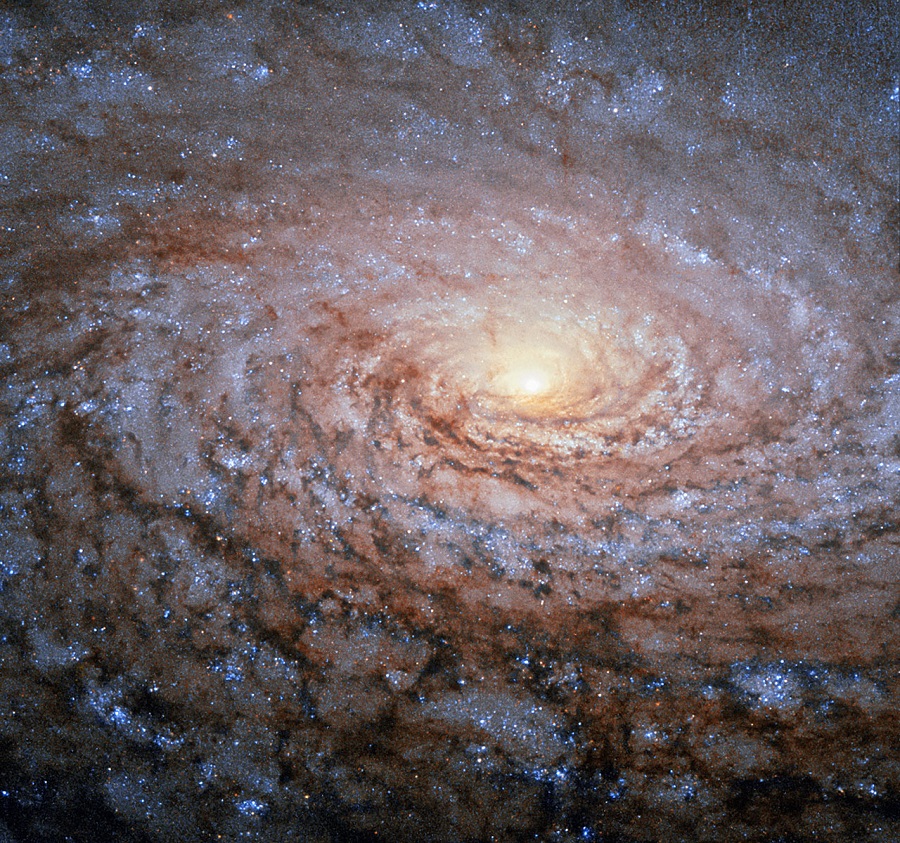 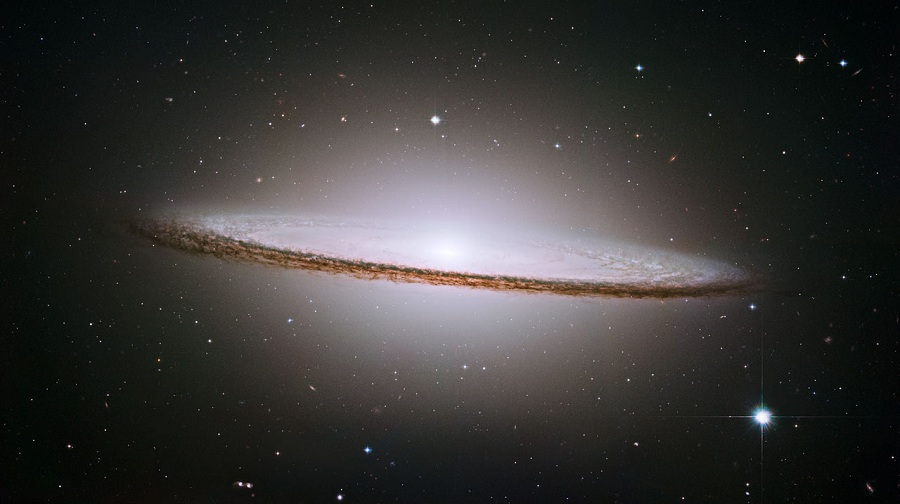 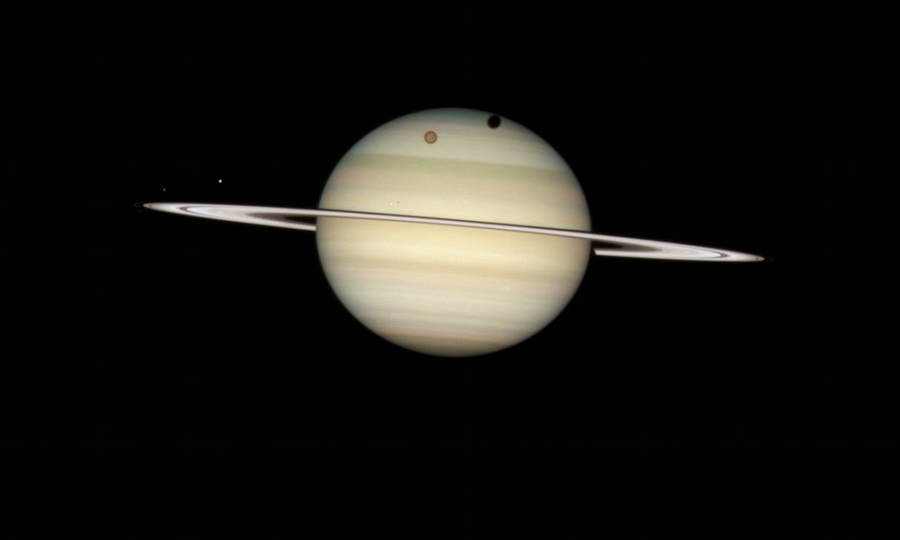 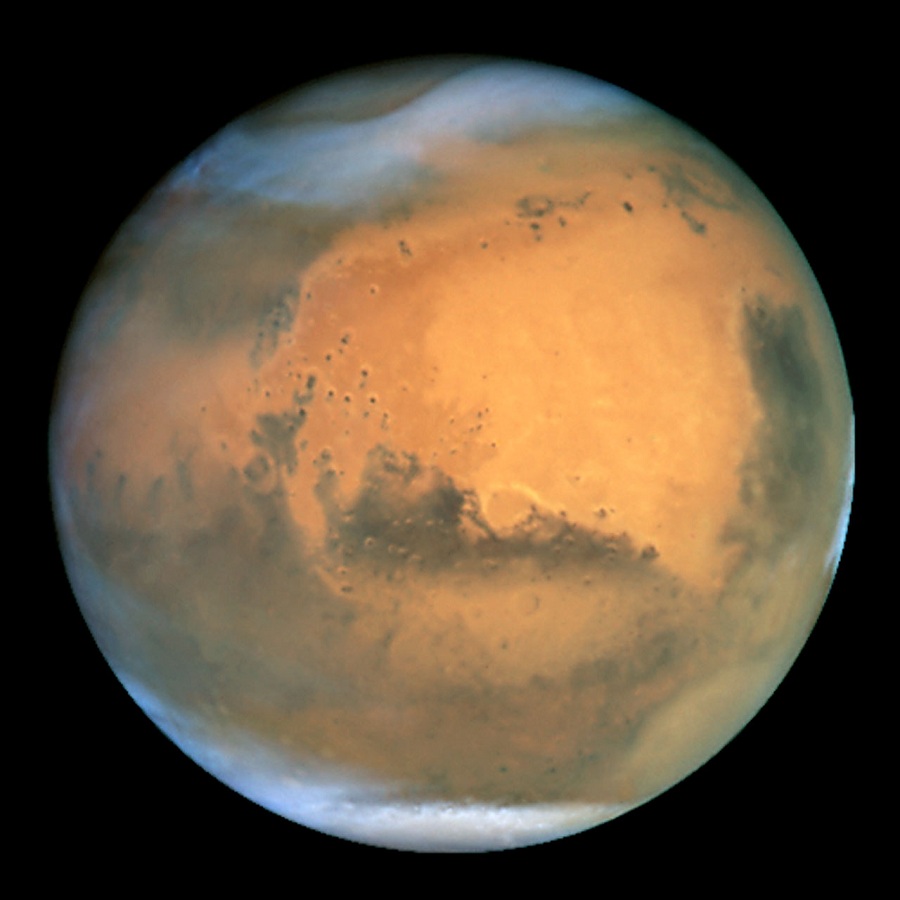 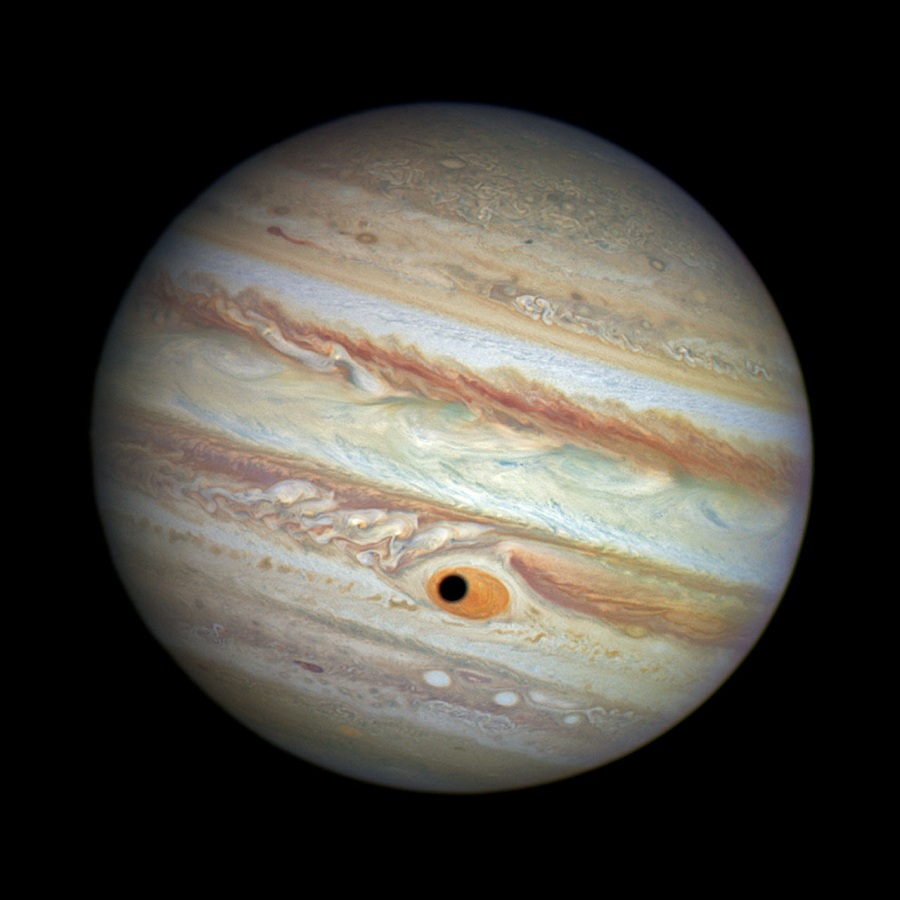 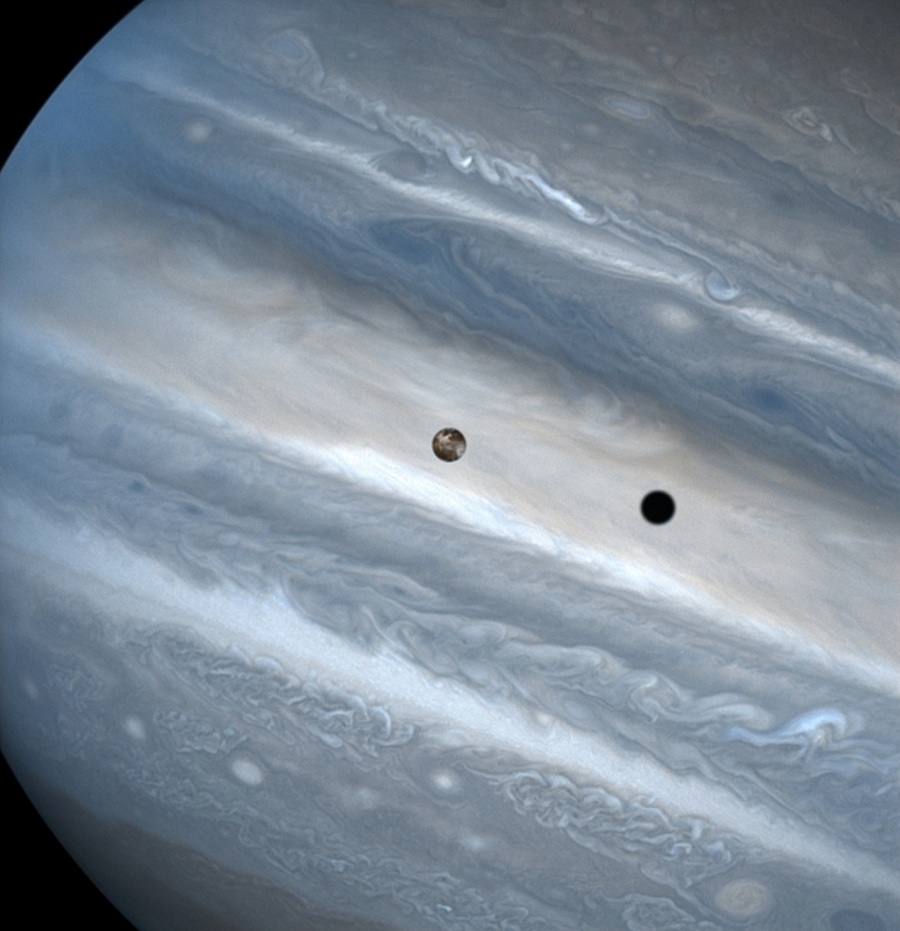 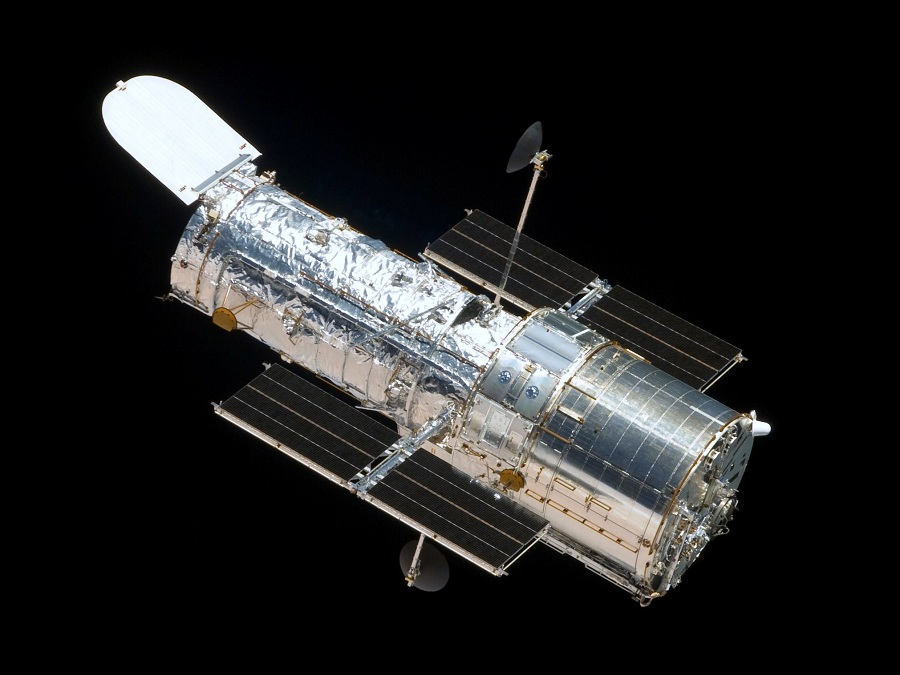 Things way up there have always fascinated us even from the time of our ancestors. But nowadays all thanks to science, we have a much deeper knowledge about the universe. And as technology advances, we will find more things out there to make us realize how small our planet is and how minute we are.

After 26 years of its launch, the Hubble space telescope is still creating all kinds of emotions in us with its images. We are taking a look at some of the best it has shot all these years.

In The Solar System

Io, the fourth largest natural satellite in the solar system, is the innermost of the four Galilean moons of Jupiter. It was caught in front of the gas giant, appearing to be just above Jupiter’s clouds but it’s actually 310,000 miles away.

Just in case you didn’t hear it earlier, Jupiter is the largest planet in our solar system. It’s so big that its Great Red Spot, an anti-cyclonic storm you can see with Ganymede‘s shadow on it in the image below, is three times the size of our Earth.

Mars, the red planet, is currently inhabited by robots. The image below shows the sharpest view ever of the planet taken when it was approximately 43 million miles from our planet.

When you were young you probably had no trouble remembering what Saturn looks like all thanks to its rings. It’s the second-largest planet in the solar system, with 53 natural satellites (there are a few other moons without formal names) four of which are seen below. The giant moon Titan has its shadow on Saturn’s north polar hood. Below Titan and slightly to the left is Mimas with a much smaller shadow on the equatorial cloud tops. Farther to the left are the moons Dione and Enceladus.View in gallery

The Sombrero galaxy, or Messier 104 (M104), is 50,000 light years across and is located 28 million light years away from us. As you can see, it has a brilliant white core with a circle of thick dust lanes around it. Situated at the southern edge of the Virgo cluster of galaxies, the Sombrero is equivalent to 800 billion suns.

Because it reminds us of the pattern at a sunflower’s center, the Messier 63 is also called the Sunflower galaxy. The spiral galaxy is 27 million light years away from us and its winding arms shine bright due to recently formed, blue–white giant stars which are visible in the shot below.

The image below shows an area just 30 millionth of the whole sky. Yet the long exposure allows us to take a peek at about 5500 galaxies. Some of these galaxies are so far away from us that we are looking at them when the universe was less than 5% of its present age.

Although astronomers still don’t know the exact radius of the star in the image below, it is one of the largest stars known to man. Called VY Canis Majoris, the red hypergiant is in the Milky Way and has a radius of approximately 1,420 ± 120 solar radii. Can’t imagine how huge it is? Just know that if you keep it at where our sun is now, its surface would extend beyond Jupiter’s orbit. It will swallow our sun, the planets Mercury and Venus, our moon (there goes our romantic sky), us, Mars, and Jupiter. But don’t worry, it is about 3900 light years away from us. It is also nearing the end of its life; that’s why we see a lot of outbursts from it.

Part of the constellation of Tucana, the globular cluster NGC 104 or 47 Tucanae is home to 35,000 stars. It is the second most brightest globular cluster in the night sky (first is Omega Centauri).

As you know, we live in the Milky Way galaxy. But because of the presence of dust, we can’t properly see much of our galaxy. The stars that you see below, which are part of the Milky Way, are in the dust-free region called the Sagittarius Star Cloud. It’s more beautiful than a treasure chest full of gems, right?

The Wolf–Rayet star WR 31a, seen with a blue bubble around it, is about 30,000 light years away in the constellation of Carina. The bubble is a Wolf–Rayet nebula, which is an interstellar cloud of dust, hydrogen, helium and other gases.