KOR-FX Vest Will Let You Truly Feel Your Games 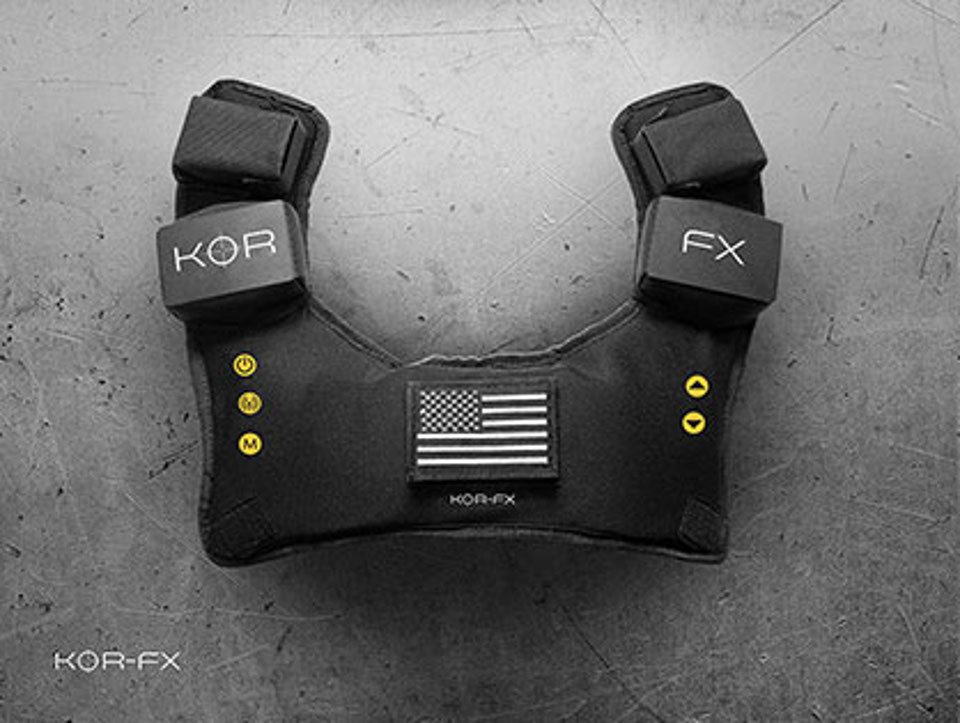 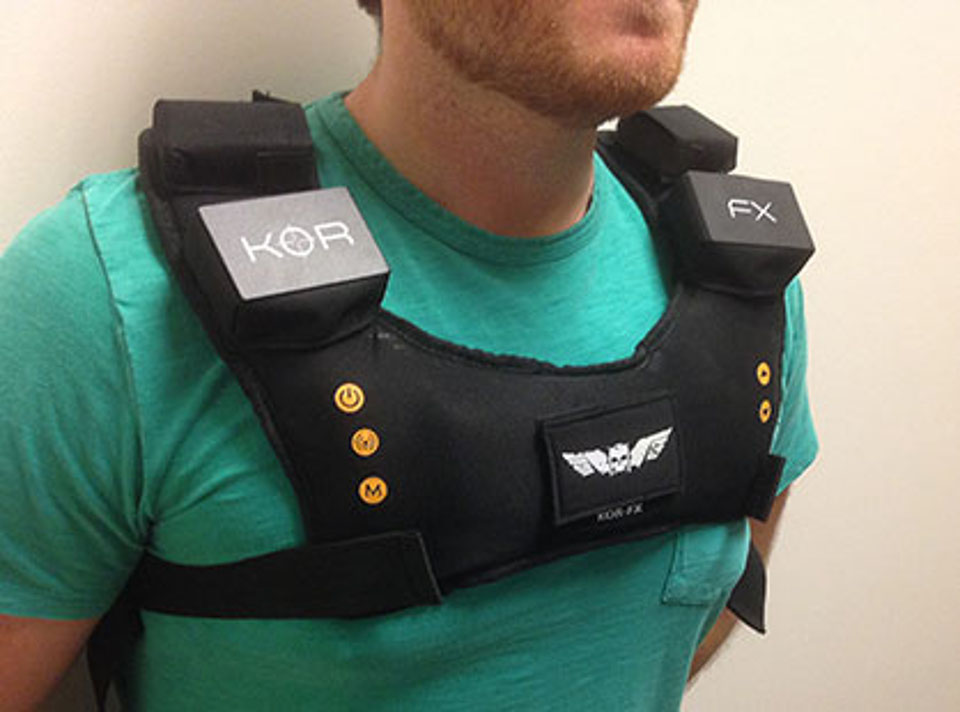 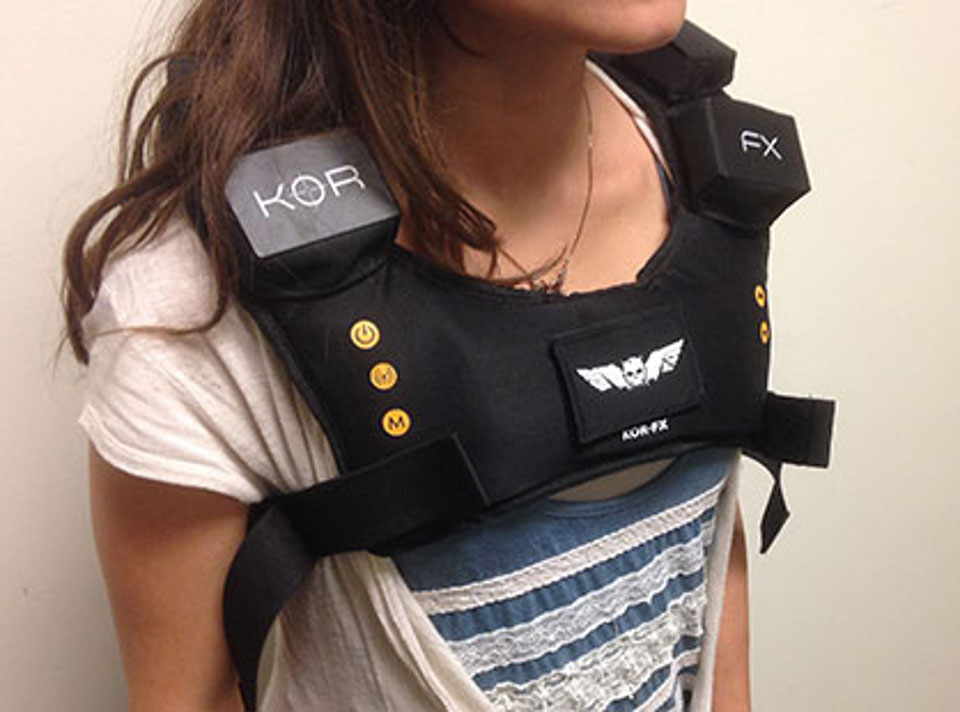 The concept of virtual reality is alluring to many. It’s my hope that one day video games will do away with controller, mouse, and keyboard in exchange for what basically amounts to holodeck technology. We’re not there yet – I’ll wager we won’t be for quite a while. In the meantime, we’ll have to rely on VR headsets and haptic feedback technology. Not that this is a bad thing – some of the tech is actually incredibly cool.

Take a moment to imagine yourself playing a first-person shooter video game. Bullets are flying around you in all directions, and suddenly one of them strikes you. You feel the impact in your shoulder, and immediately turn to face your attacker, opening fire on them. Unfortunately, you’re not quite skilled enough to take them down – another volley of bullets strikes you in the chest – you feel the force of each one – and before you can even react, you’re re-spawning. Sounds pretty awesome, right?

That’s the idea behind the KOR-FX wireless gaming vest. Outfitted with award-winning 4DFX technology, the vest transforms the audio coming from your games into high-definition feedback that allow you to feel whatever’s happening on-screen at the time. Explosions shake you to your core. The engine of your tank rumbles in your chest, and every shot fired from your weapon causes a slight recoil. It is, its designers claim, “the next generation of environmental realism.” And it looks bloody fantastic.

At this point, it’s worth mentioning that this thing isn’t anything so simple as a rumble pack. It’s actually capable of directed output; if something explodes behind your avatar, you’ll feel more of the impact in your back than anywhere else. Of course, that might sound a bit too intense for some of you.

Don’t worry – those of you who don’t want to be shaking every time there’s a bit of action on-screen can easily fine-tune the vest to your personal specifications, modifying it to give out however much (or little) feedback you desire. Even better, the development kit that ships with each model will allow enthusiasts to design both audio and game functions specifically for the suit.  Of course, the vest doesn’t necessarily need custom programming to function – it’s usable out of the box, with a wide array of different systems and devices.

Apparently, it’s not just for games either. If you’ve ever wanted to feel your music (or movies), it’ll let you do that too.  Not bad, right? My only concern is how much feedback it’s really capable of delivering – it doesn’t exactly cover much of the midsection.

KOR-FX isn’t for sale just yet. It’ll probably be available sometime in 2014, according to the website (there’s no solid release date yet). If you want to sign up for the mailing list so you know when you can preorder it, go here. 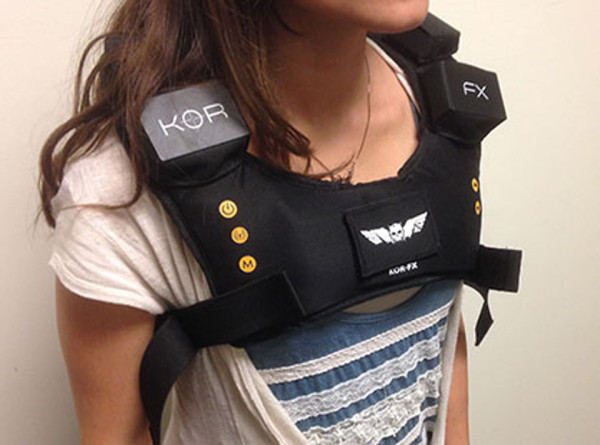