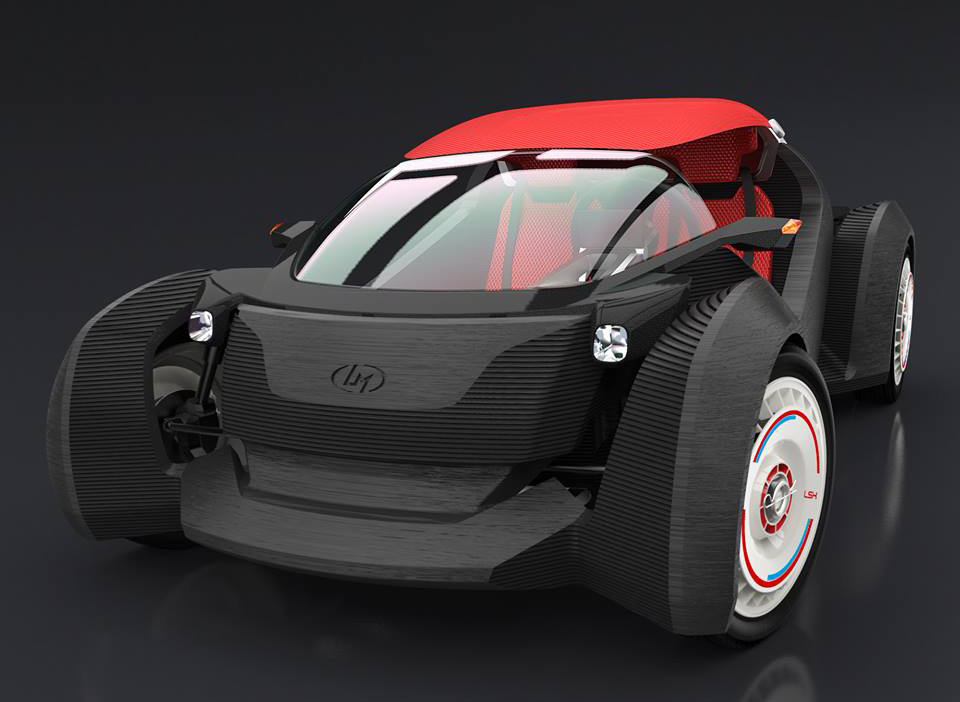 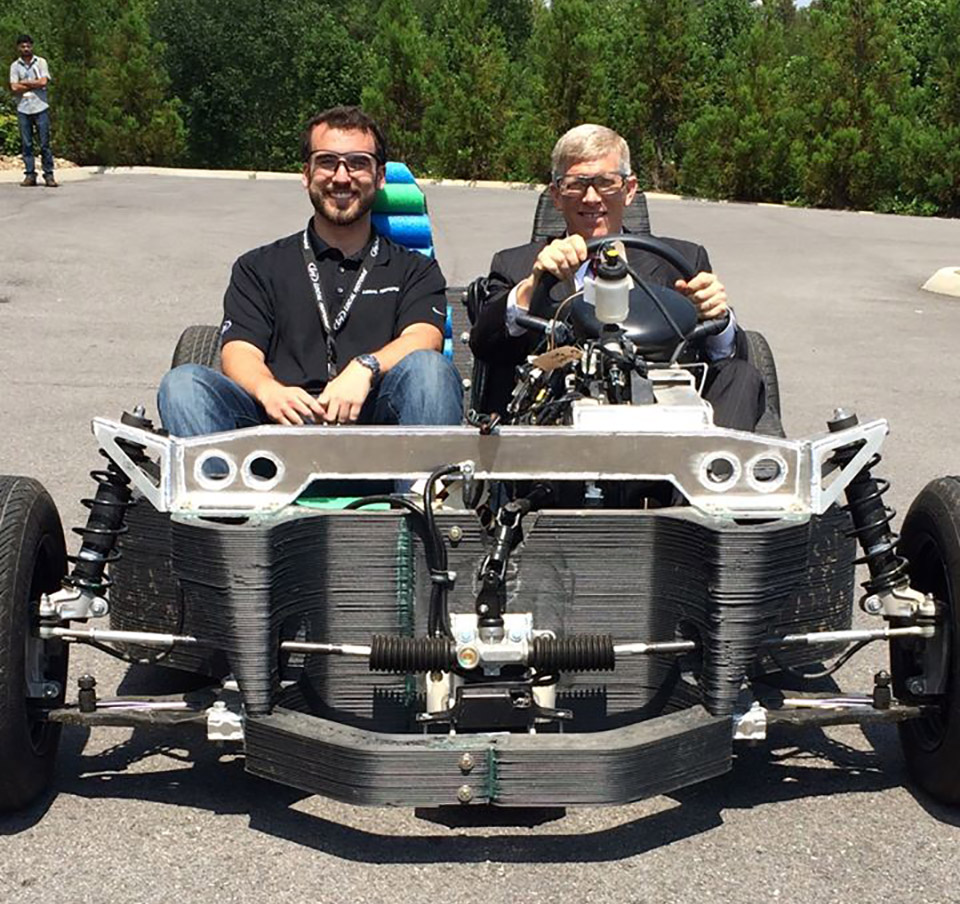 There have been plenty of folks who’ve claimed that 3D printing is going to be the next ‘industrial revolution’ of manufacturing. Seeing what the tech can do, it’s hard to disagree with them. Through the use of 3D printers, we’re essentially decentralizing the production of goods – something which was previously thought to be impossible.

Already, we’ve witnessed the technology being put to use in a wide array of different fields; we’ve seen everything from 3D printed clothes to 3D printed houses. With that in mind, it’s actually surprising someone didn’t try to print their own vehicles sooner. Ladies and gentlemen, say hello to the Strati.

Designed by Local Motors – a Crowd-sourcing car company best known for the V8-powered Rally Spectrum; a car which can easily tackle even the most unstable sand dunes – the Strati was born from a community-based collaboration. It’s made up of approximately forty parts – yet somehow, it’s still entirely drivable. For those of you who aren’t exactly clear on why this is so impressive, the average car has somewhere in the area of thirty thousand. That may well be one of the most impressive feats of engineering in the world of automotive design since…well, since ever.

Currently, Local Motors is building the car at the International Manufacturing Technology Show in Chicago, Once it’s finished, they’re hoping to drive the Strati off the show floor. Those of you who are interested can check out a time-lapse video of the Strati’s construction process – it’s every bit as cool as one would expect.

Now, 3D printing is an incredible technology, but it does have its limitations. Although most of the Strati was constructed by a 3D printer, the working parts – the electric powertrain, suspension, wiring, and battery – had to be manufactured through more traditional means. That said, I wouldn’t be surprised if – somewhere down the line – some manufacturer figures out how to use a 3D printer to construct even those components.

After all, that seems be where we’re headed, and I’m definitely not complaining. 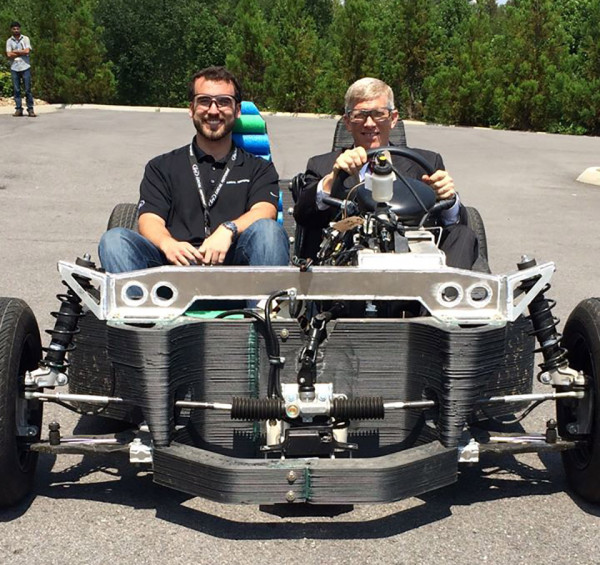