Longest Bridge in the World: 14 Bridges That Need to Be Seen to Be Believed 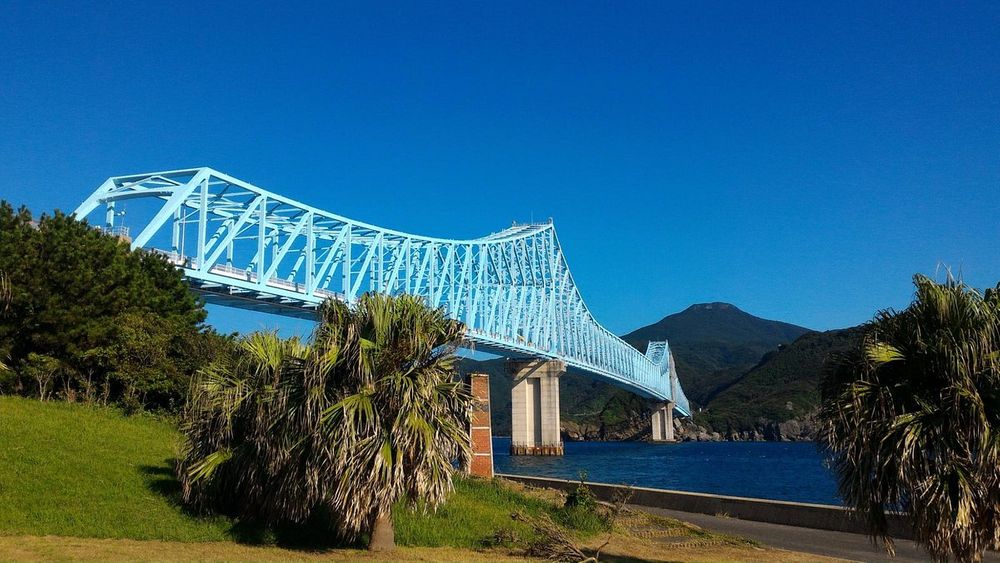 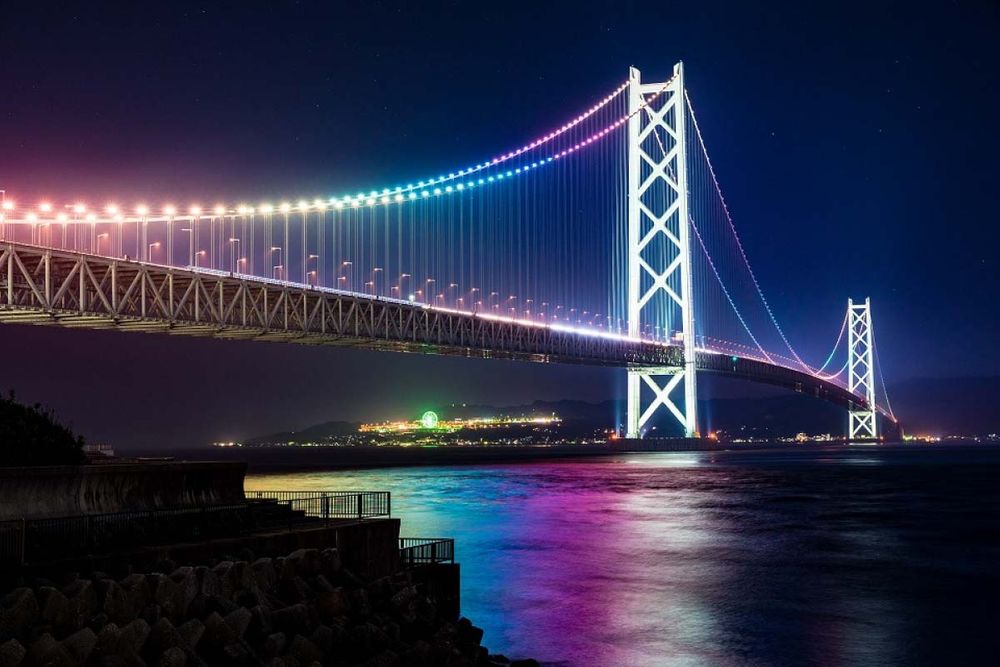 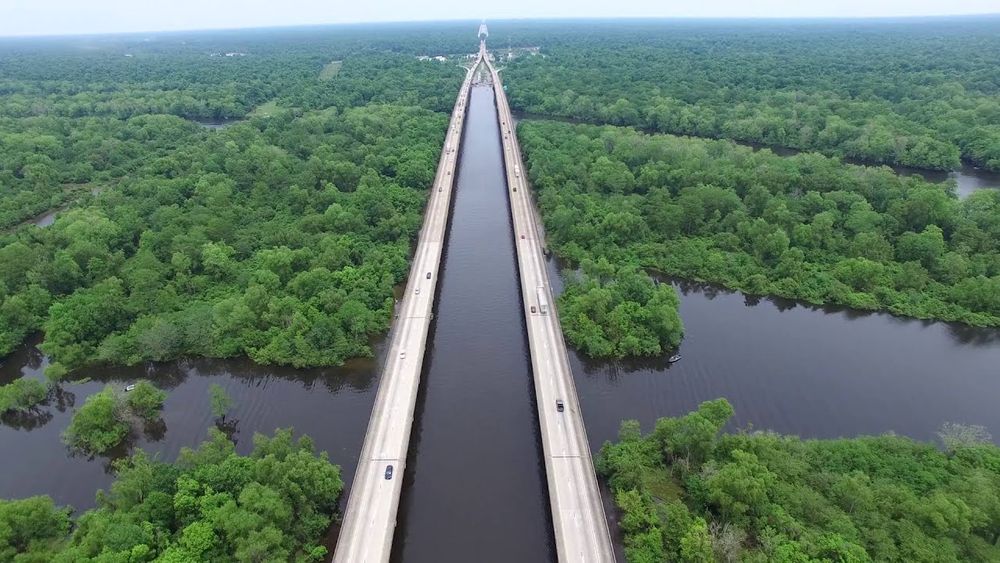 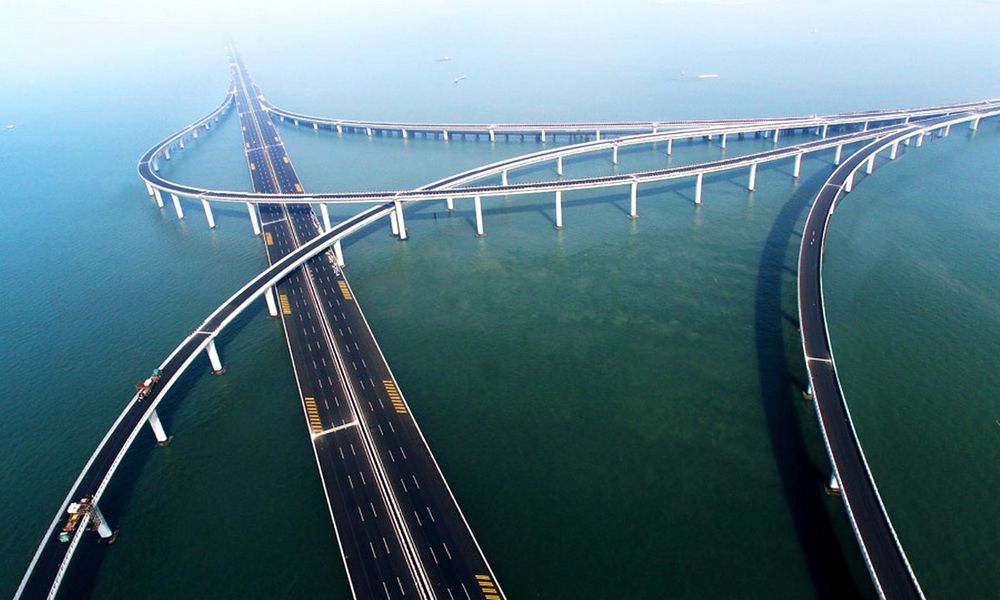 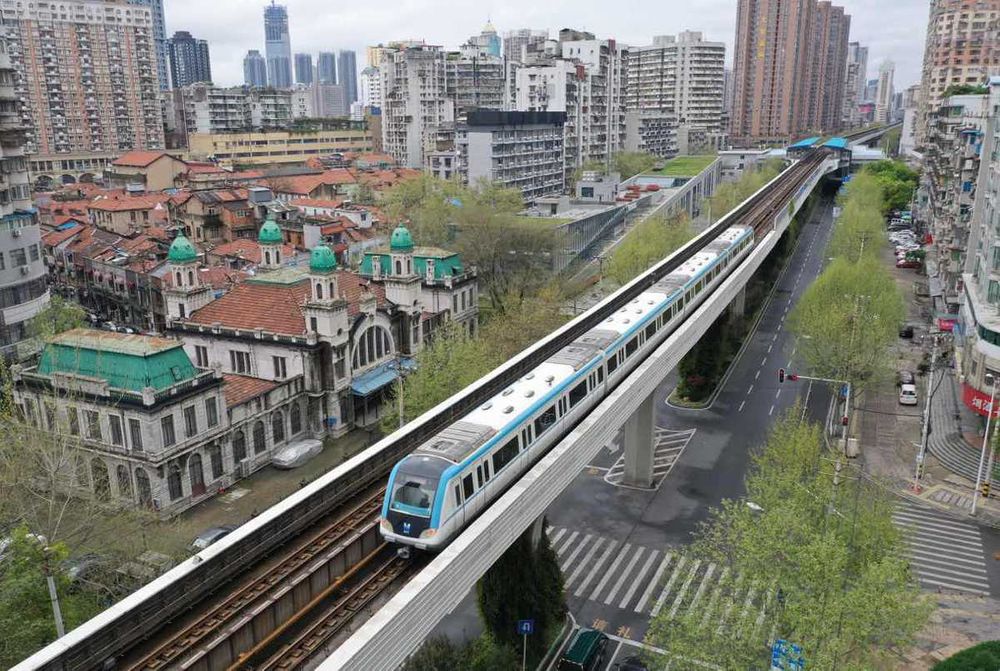 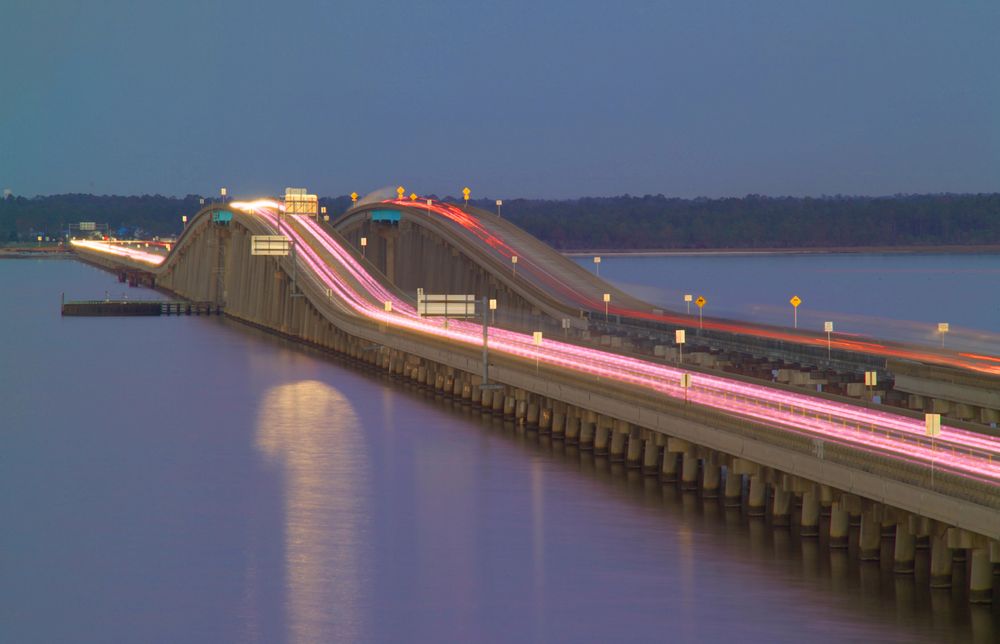 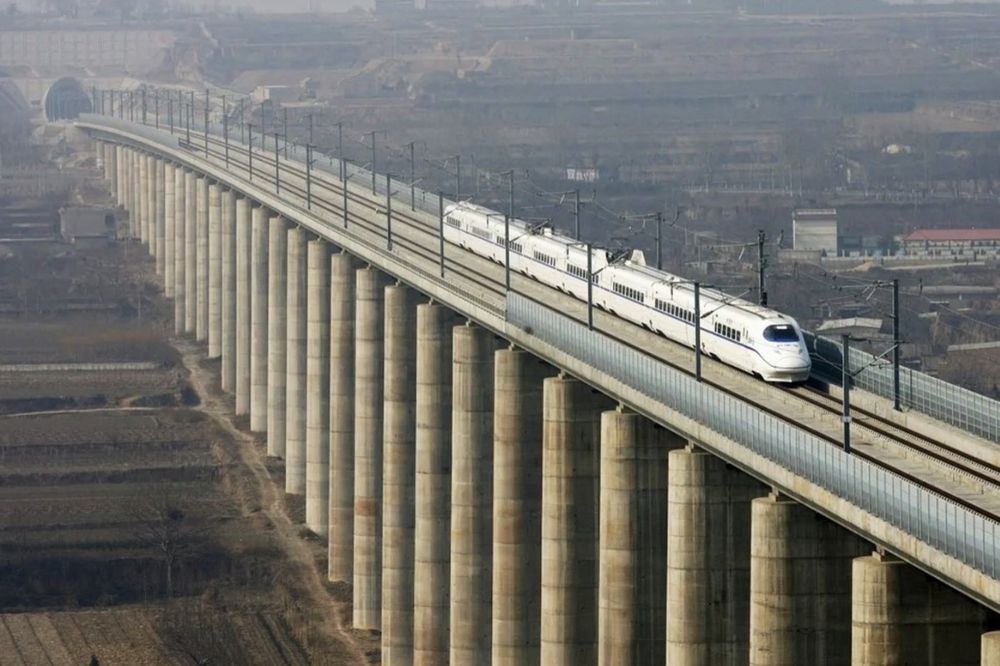 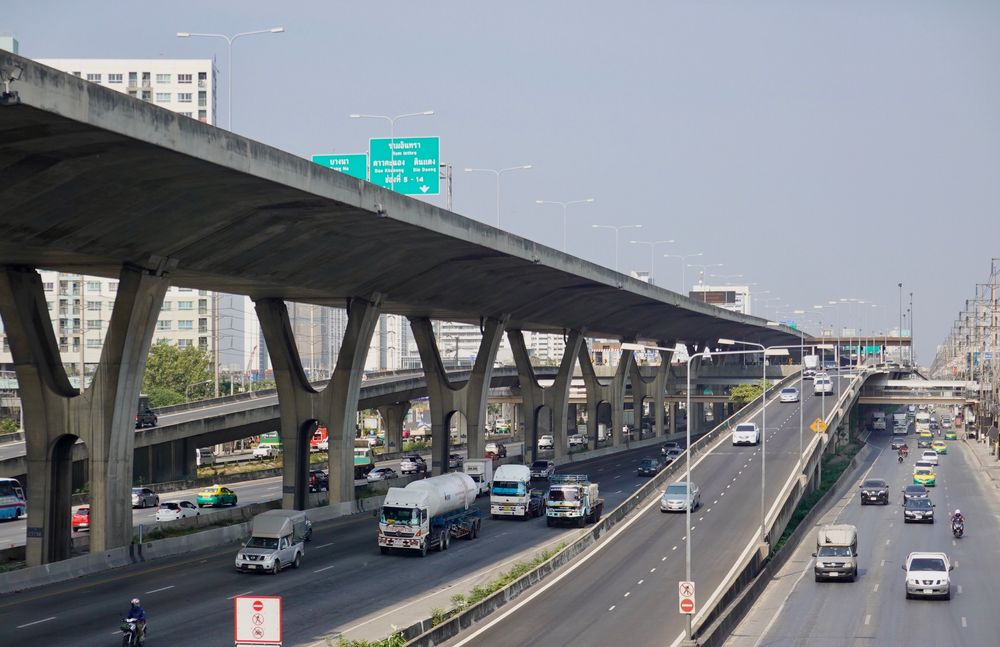 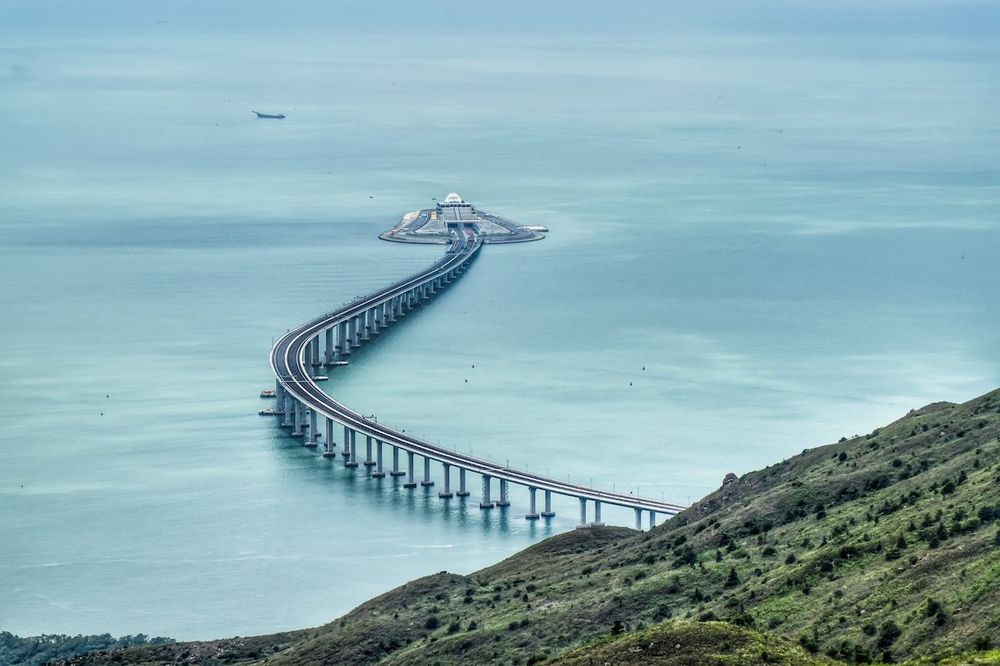 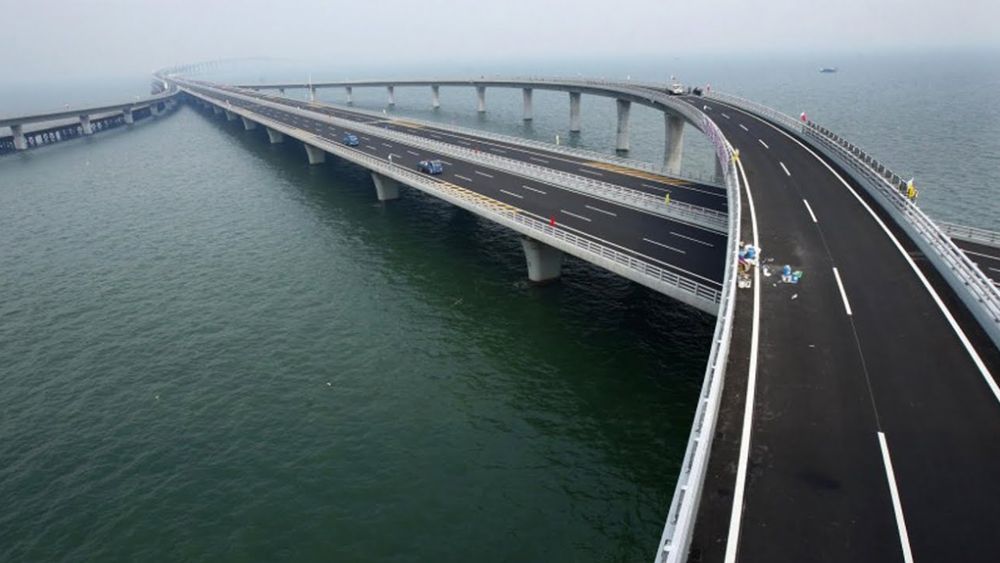 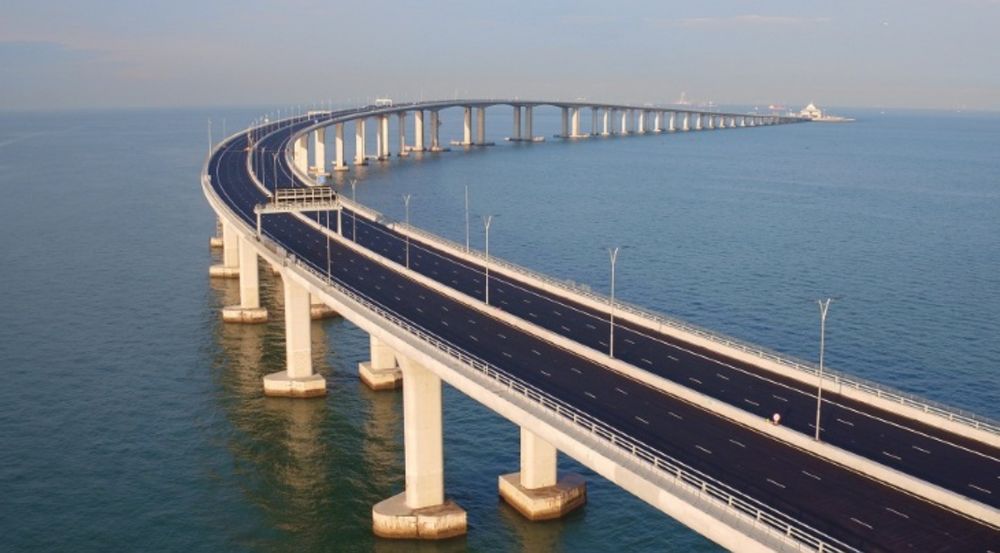 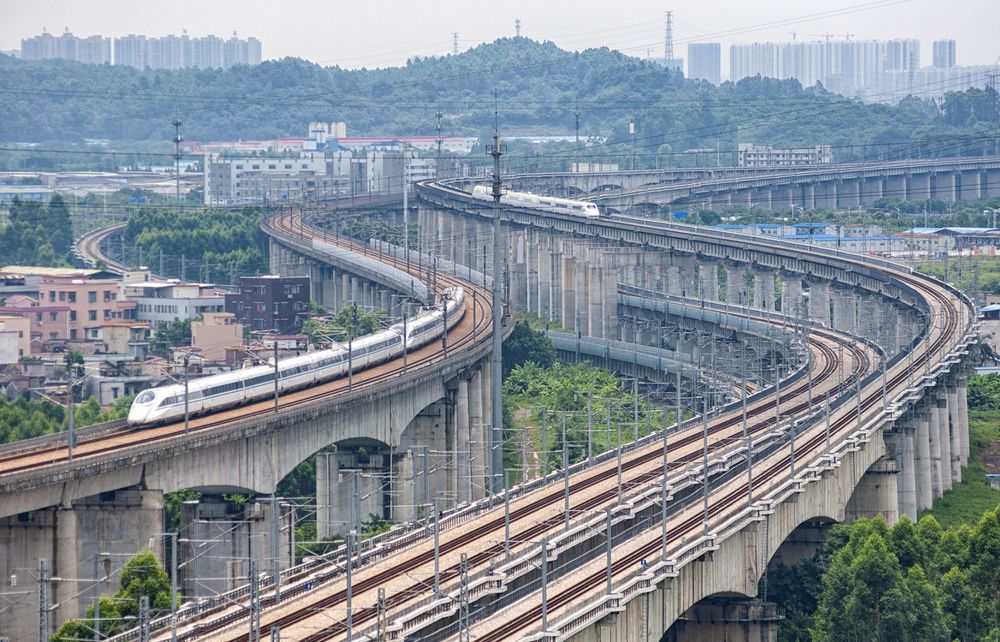 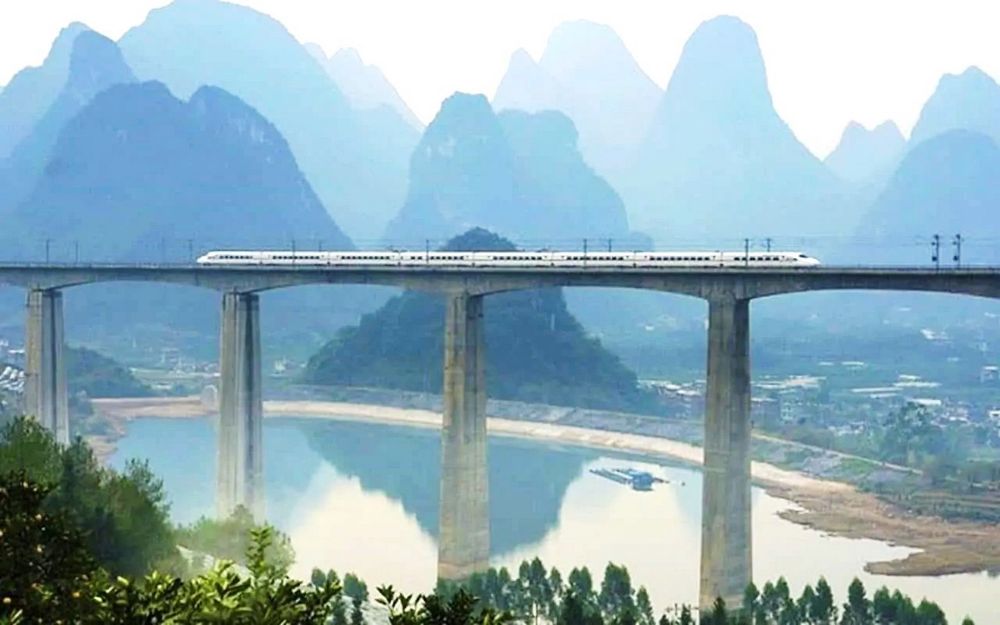 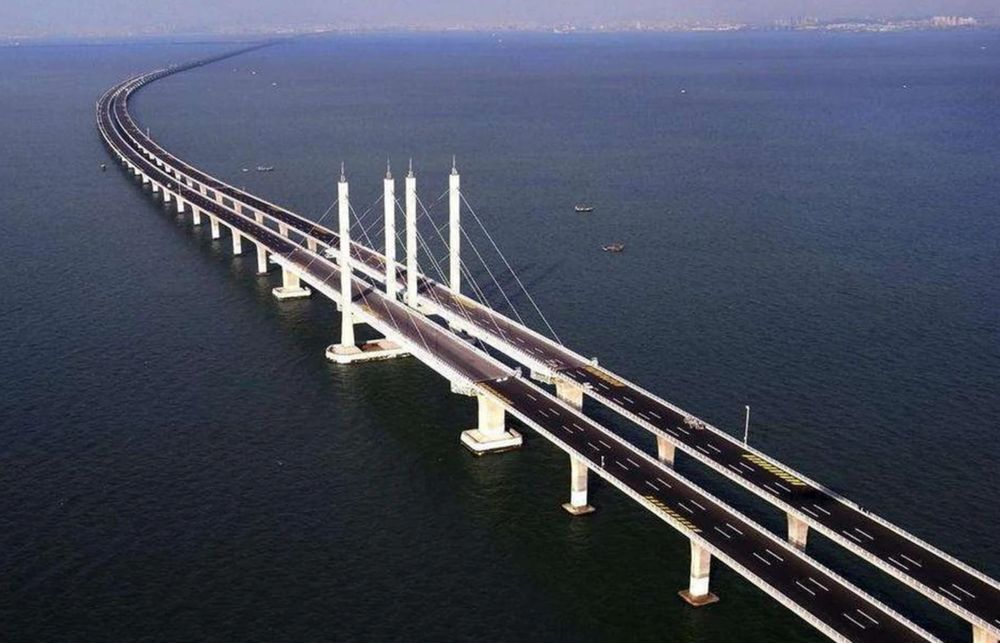 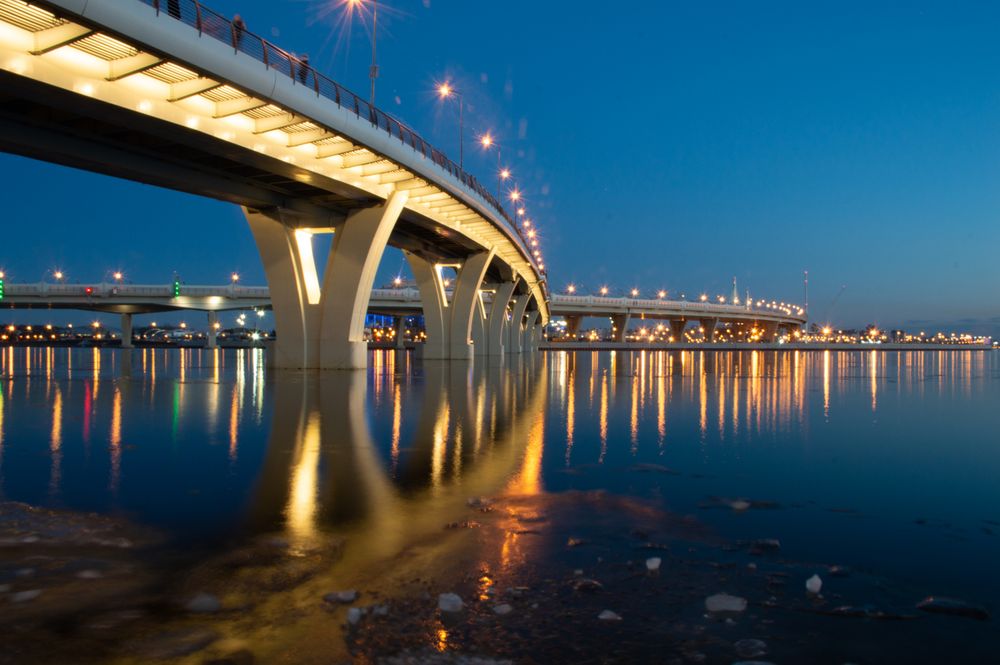 Did you know that the longest bridge in the world spans over 100 miles? That’s nothing short of the height of 200 Burj Khalifas combined! Impressive alright.

As much as bridges serve a vital functional role for many commuters and travelers, it’s worth mentioning that the world’s longest bridges are genuinely marvels of engineering. Beautiful to look at and undoubtedly human feats of wonder. You could argue that should be expected after costing billions of dollars and years of construction.

They are massive spans of concrete and metal, weighing thousands of tons, spanning kilometers of tricky terrain, and passing from ocean to ocean. And they are many of them all over the world, particularly in Asia and the United States.

In fact, six of the ten longest bridges in the world are located in China!

Let’s look at the world’s most memorable crossings, from the longest continuous bridge over water to the longest underwater tunnel bridge.

Top 10 Longest Bridges in the World?

Today, we give you a quick view of the top ten most impressive and mindbogglingly long bridges in the world that pushed the limits of human genius.

The Danyang-Kunshan Grand Bridge, a 102.4-mile (164.8 km) viaduct located in Jiangsu province in China, takes the Guinness Book of World Records as the longest bridge in the world. It’s a staggering $8.5 billion structure that began construction in 2006, taking four years to build with a team of 10,000 workers. Although it finished construction in November 2010, it only officially opened in June 2011.

The length itself is impressive enough, which crosses the Yangtze River delta and Yangcheng Lake in Suzhou. But other features make this super-structure more awesome. For example, it’s designed to withstand magnitude-8 earthquakes and a direct hit from a 300,000-ton naval vessel.

Fun Fact: Apparently, the bridge is so long that two bridges, its subsections, were also recognized as one of the longest bridges in the world, and more about them is below!

It’s safe to say that the Danyang-Kunshan Grand Bridge takes the cake in terms of modern-day bridge design.

Currently, the second-longest bridge in the world is the Changhua-Kaohsiung Viaduct in Taiwan. Completed in 2007, it was once the number one on the list before the construction of the Danyang-Kunshan Grand Bridge finished in 2010. The 97.8-mile (157.3 km) bridge is a key part of the Taiwan High-Speed Rail network, connecting Baguashan in Changhua county and Zuoying in Kaohsiung city.

Besides the total length, part of what makes this viaduct impressive is that it’s earthquake-resistant. Since it was built over known fault lines, the design allows trains to stop safely in case of earthquakes and other repairable damages. Additionally, it’s designed for trains traveling at 350 km/hr at maximum.

Construction began in 2006, was completed in 2010, and the bridge opened in 2011. However, the construction process was incredibly complex compared to others on this list. As much of the viaduct was built through densely populated urban areas around the metropolis.

But the most impressive part is traveling through the viaduct. The high-speed train darting from the city of Beijing to Shanghai is a beautiful bridge that will show you the different beautiful faces of China. The route crosses the busy metropolitan to expanses of water crossing the Pearl River Delta and then underground.

With an expanse of 65.75 miles, it’s another super-long bridge located in China. It’s the second subsection of the Danyang-Kunshan Grand Bridge to get a spot in the top-10 longest bridges in the world.

Like the other bridges part of the Beijing-Shanghai High-Speed Railway, the Cangde Grand Bridge was designed with resistance against seismic activities and other natural catastrophes. And if you’re traveling across Hong Kong, Macau, and mainland China, this high-speed rail line with 3,092 piers cuts your travel time from three hours to just 30 minutes!

Located in the northern part of Weinan, this Grand Bridge spans 49.5 miles, connecting Xi’an and Zhengzhou in China.

The Weinan Weihe Grand Bridge is among the most unusual ones, crossing the Wei River twice and several other rivers in China (Shi Di, Xi, Luofu, and the Ling River).

Although it might not be the longest at the moment, it held the top-1 spot after its completion in 2008. Unfortunately, it sat idle until it was opened to passenger and cargo trains in 2010. By that year, many bridges have already surpassed the Weinan Weihe Grand Bridge’s length.

Completed in 2017 and opened a year later, this bridge connects three of the most notable cities within the Pearl River Delta: Hong Kong, Zhuhai, and Macau.

This viaduct runs a main span of 34.2 miles that crosses the Lingdingyang channel. Its route consists of four artificial islands, three cable-stayed bridges (14.2 miles), and a 4.2-mile undersea tunnel.

Fun Fact: It’s one of the most stunning bridges in the world, designed with a shape reminiscent of the traditional Chinese dragon.

Additionally, it’s a utilitarian-designed six-lane elevated highway bridge. It’s one of the record-holding bridges that don’t cross any large water mass, although it does cross the Bang Pakong River for a short distance.

Located just south of Beijing is a 29.92-mile-long viaduct. It’s another part of the Beijing-Shanghai High-Speed Railway line connecting two of China’s global business hubs, the fourth one included in this list.

Like other subsections of the railway line, the construction of the Beijing Grand Bridge was completed in 2010, paving its inauguration the following year. Although it’s not the longest in the group, it still holds the title of the largest steel box arch bridge in the railway system with its 108-meter steel box arch section.

Title: World’s Longest Continuous Bridge over Water, Longest Bridge in the US (or Outside of Asia)

The world-title holder for the longest crossway stretching continuously over water is located in New Orleans, Louisiana. It clocks in at an impressive 24 miles. The causeway is two parallel bridges, helping travelers avoid the 1.5-hour drive around Lake Pontchartrain. The Lake Pontchartrain Causeway crosses over this lake in Southern Louisiana cutting the journey down to 25 minutes.

Fun Fact: The Lake Pontchartrain Causeway is so long that you can’t see any land for eight miles out of its 24-mile stretch when looking in any direction. In fact, there are stories of motorists that have frozen due to a false seaborne fear when driving along this bridge.

The entire Line-1 of the Wuhan Metro Bridge is not exactly a bridge in the traditional sense. Instead, it’s an extended train system that runs almost 24 miles. The bridge has around 32 stations, carrying an elevated metro line through the city of Wuhan, the capital of the Hubei sheng province in China.

The completion of the bridge in 2004 made the city the 5th on the list of cities in mainland China to have a train system. It came after Beijing, Shanghai, Tianjin, and Guangzhou.

Impressive Bridges From Around the World

Here are a few other notable bridges in the world based on category.

China’s Jiaozhou Bay Bridge (26.3 miles) was once a challenger for the world title of the longest bridge spanning water. However, it lost out to Louisiana’s Lake Pontchartrain Causeway.

Although this bridge is arguably a few miles longer, sadly only a 15.8-mile portion of the bridge is over water. Ultimately, though, it took the title of the longest bridge over water by aggregate.

Another one of Louisiana’s longest bridges is famous not because it’s 23-mile long but because of its legend. Legends claim the swamp where the structure was built is haunted by a beast from the Cajun folklore called Rougarou. Another legend says that a voodoo princess named Julia Brown cursed the area.

Japan’s Akashi-Kaikyo bridge has an overall suspended length of 1.24 miles (2.43 miles including side spans), earning it a Guinness World Records title. Construction started in 1988 and took an entire decade for the bridge to finish, connecting Awaji Island to Kobe city.

The two towers and the two main supporting cables of the structure are also world-record holders.

The Ikitsuke Bridge, located in Japan, connecting Ikitsuki to Hirado island, is only 400 meters long. But it remains unmatched as the longest continuous truss bridge in the world.

Final Thoughts on the Longest Bridge in the World

All the bridges on the list are equally impressive. They truly are marvels of engineering. Many of them are earthquake-proof, and plenty can withstand other natural catastrophes.

But as you might have noticed, you can find the majority of these longest bridges in Asia, particularly in China.

Which one would you like to visit? Drop your choice in the comments below!