The 14 Longest-Lasting, Most Durable Cars On The Road 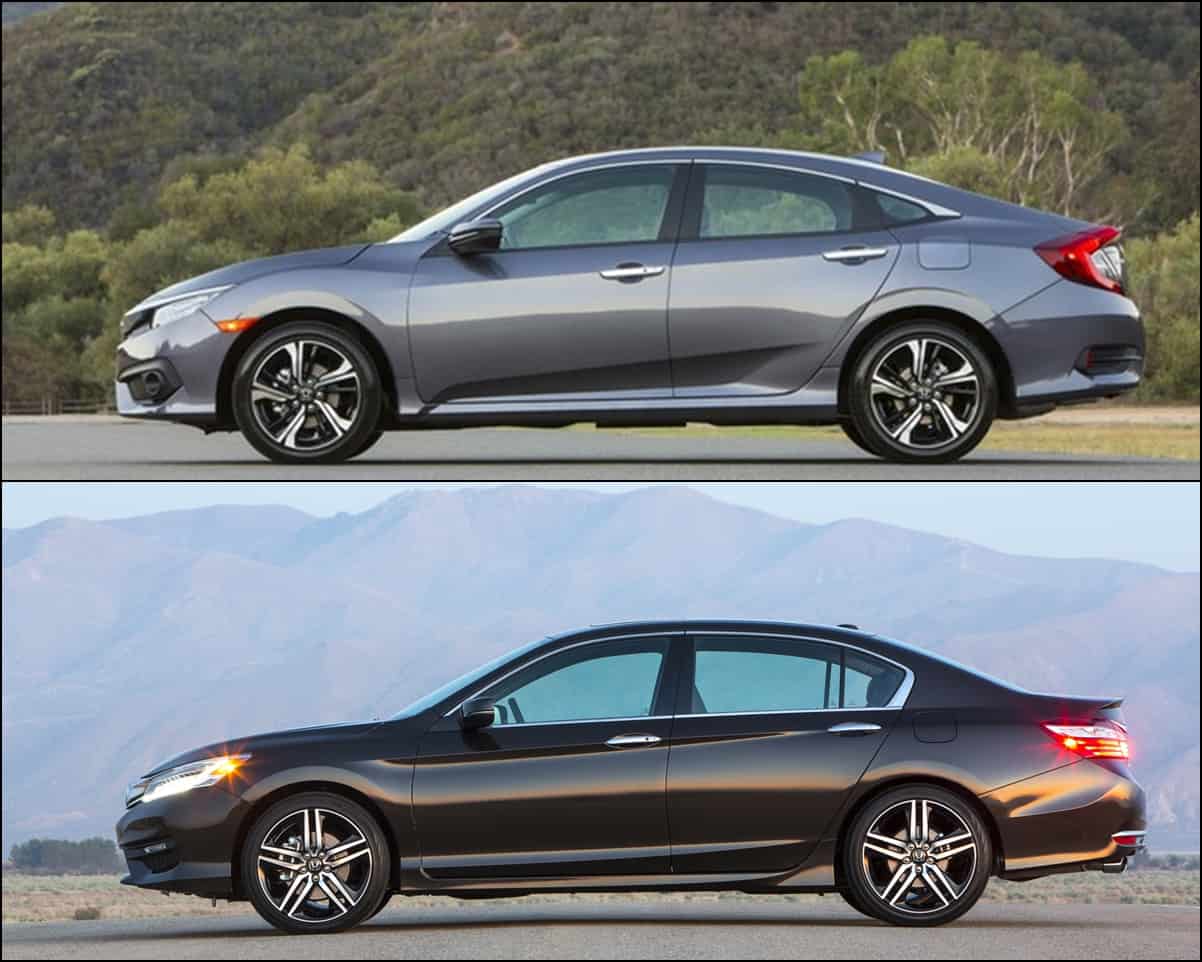 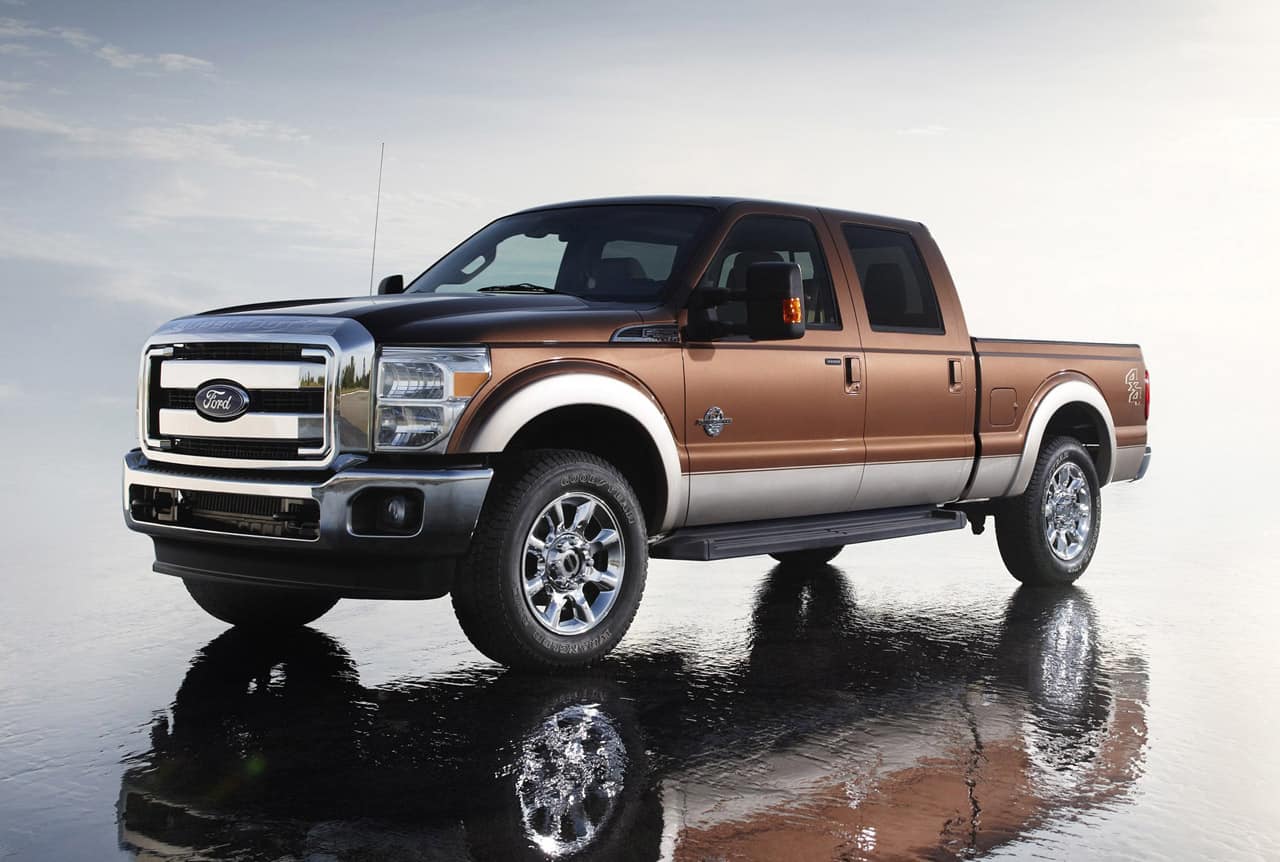 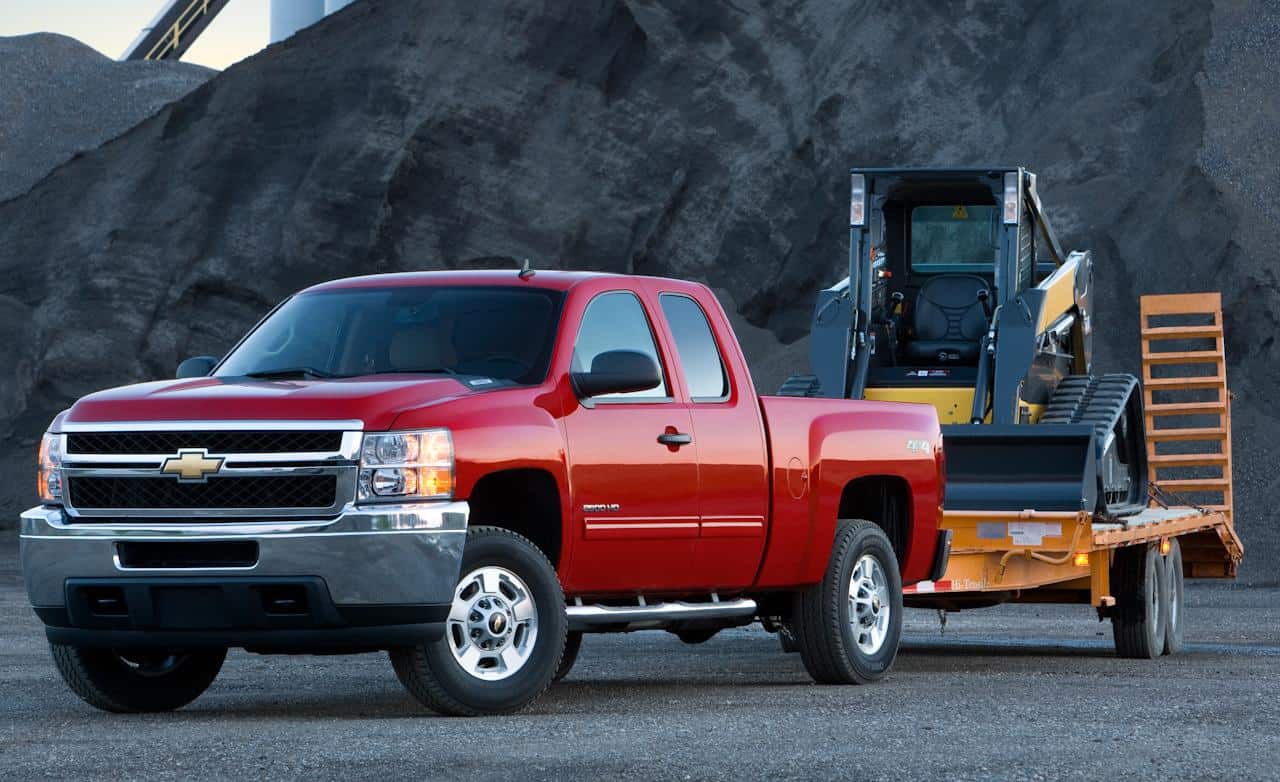 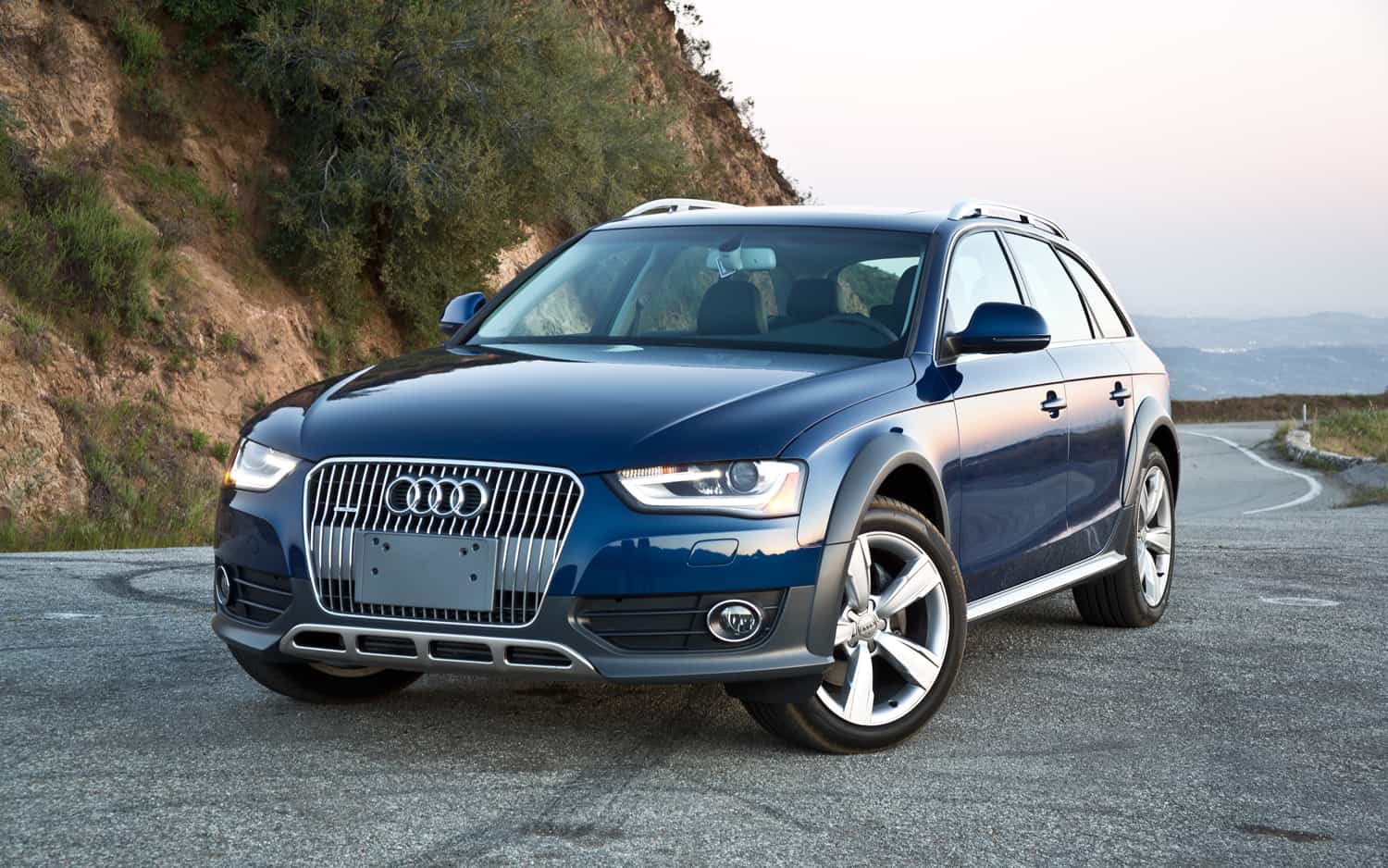 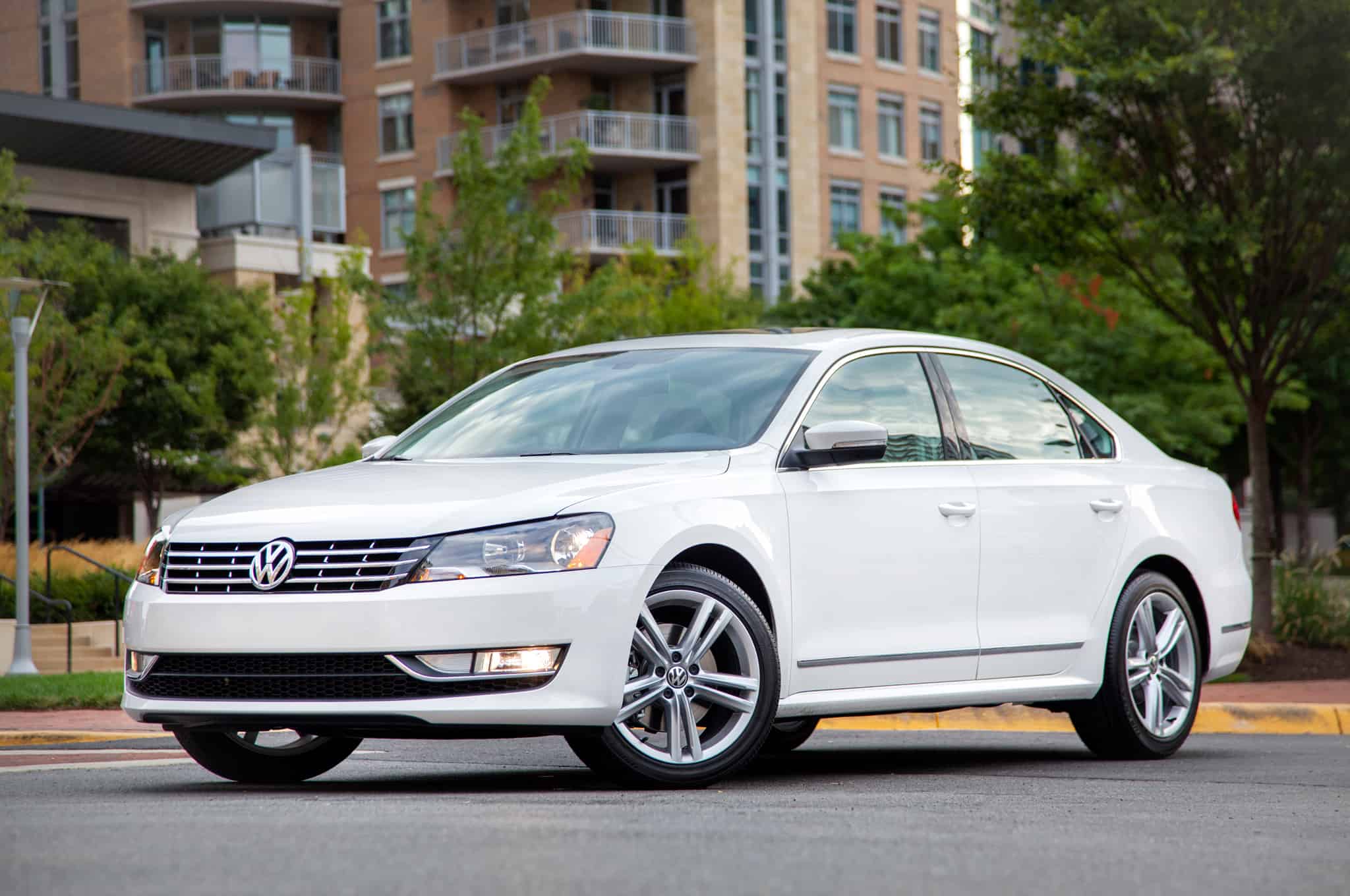 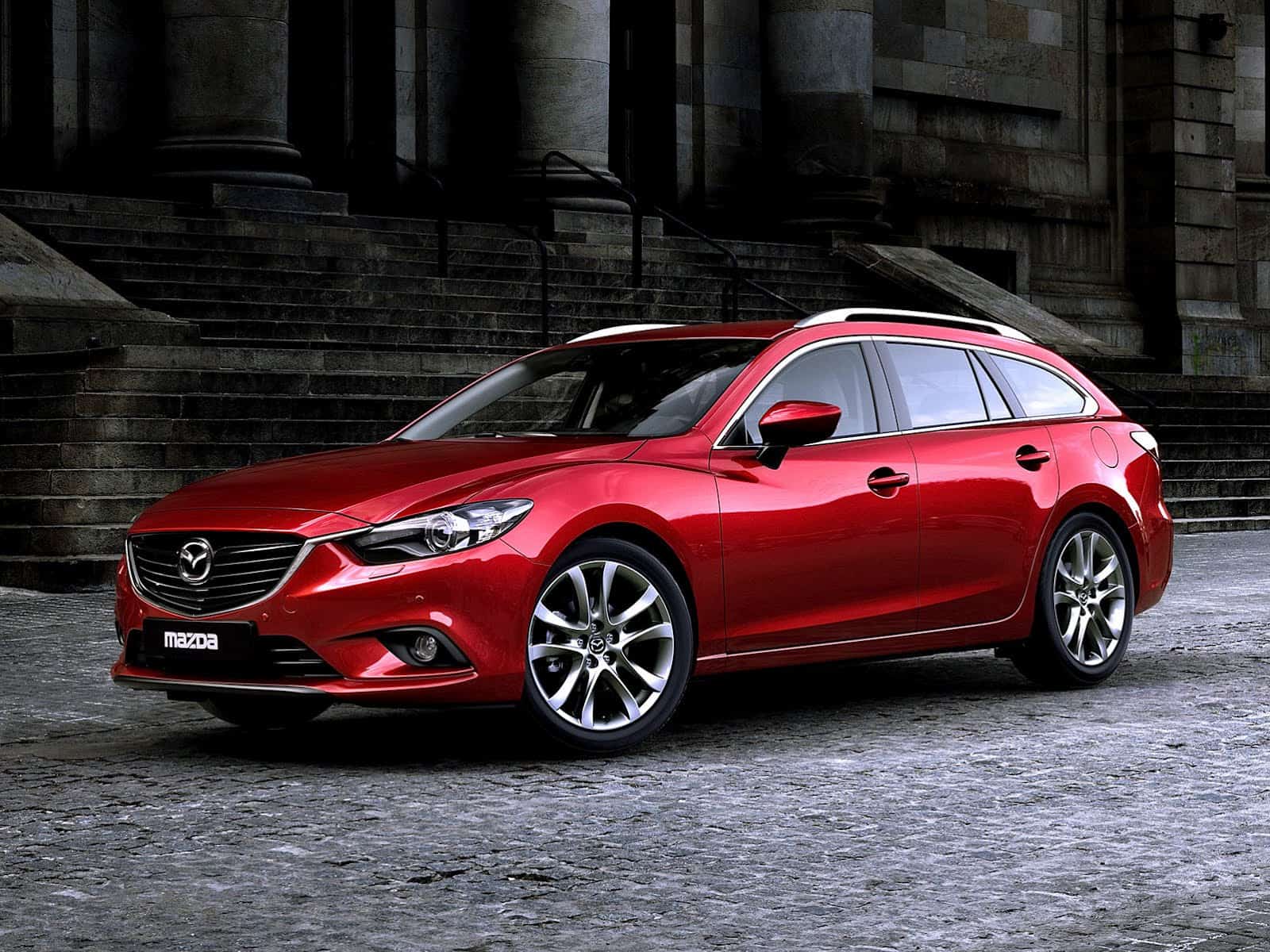 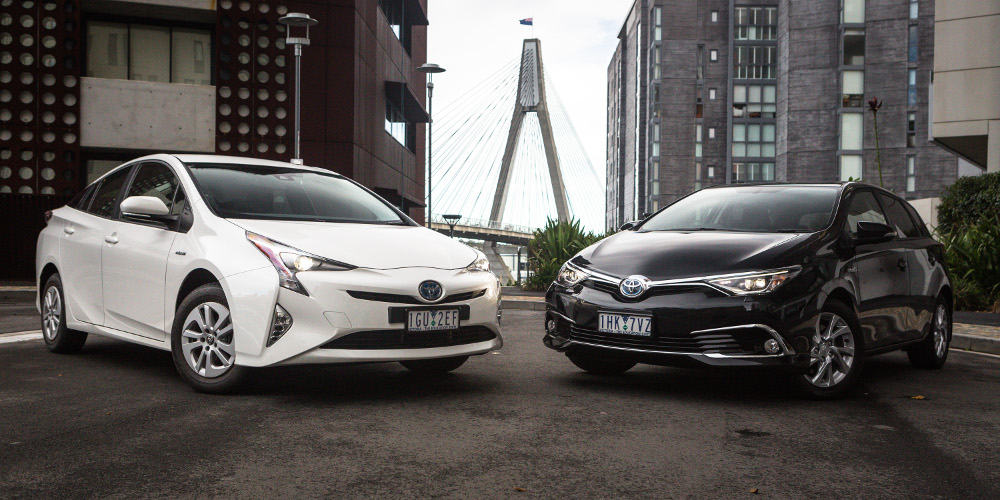 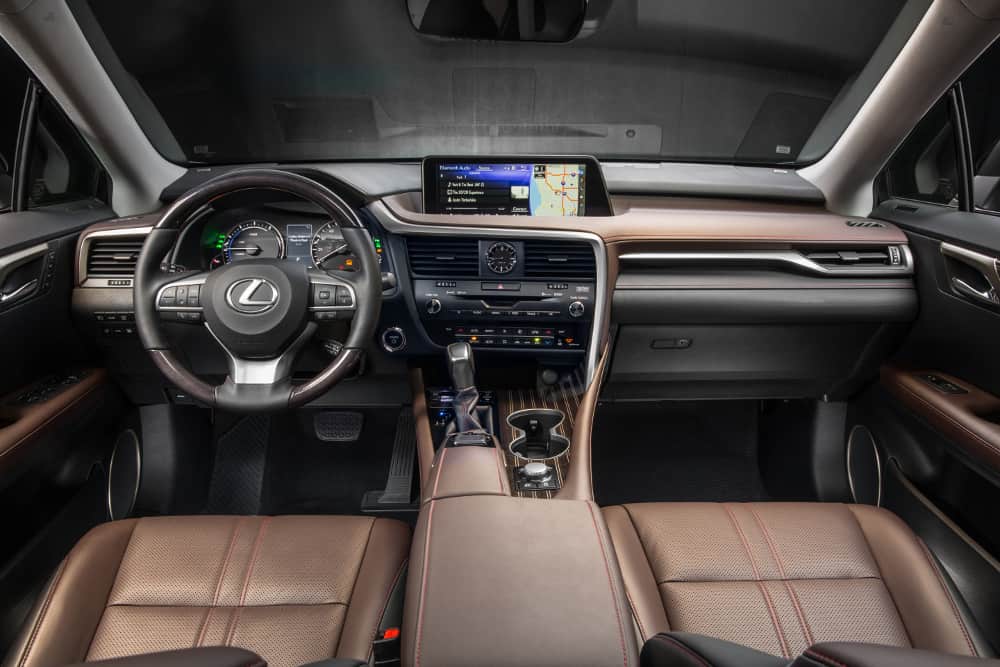 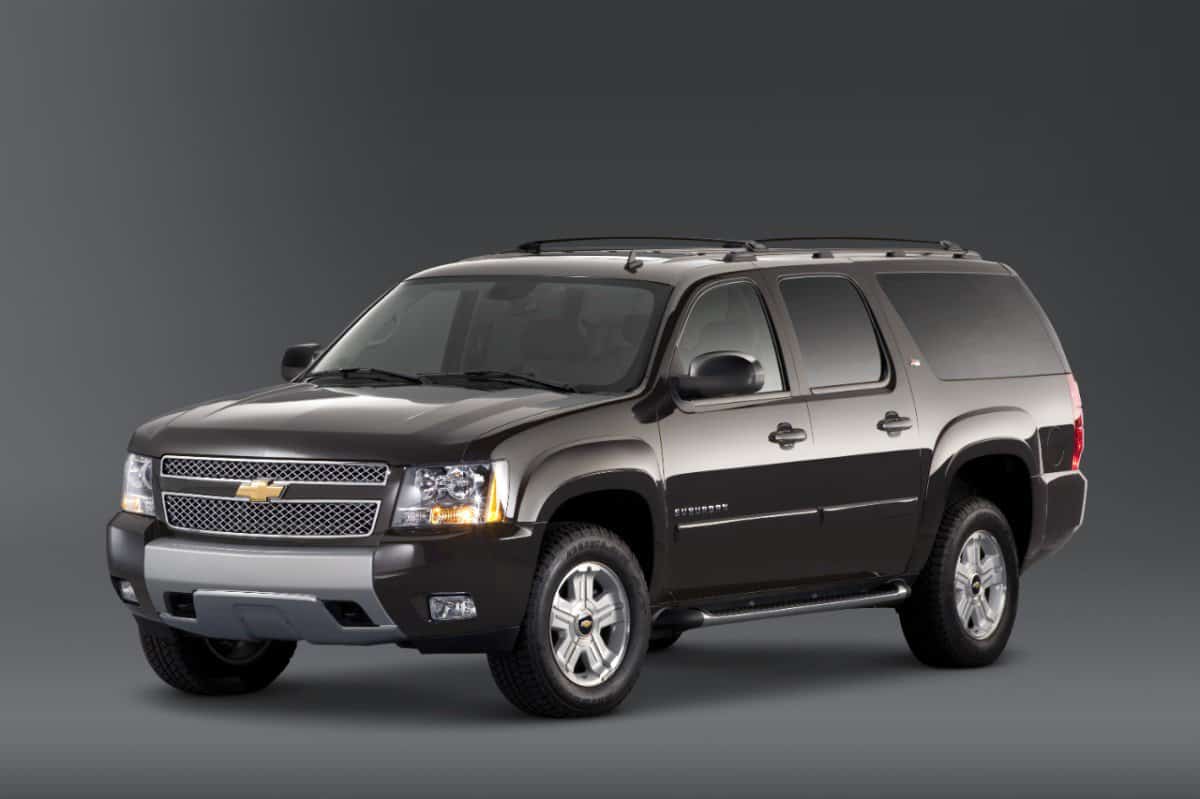 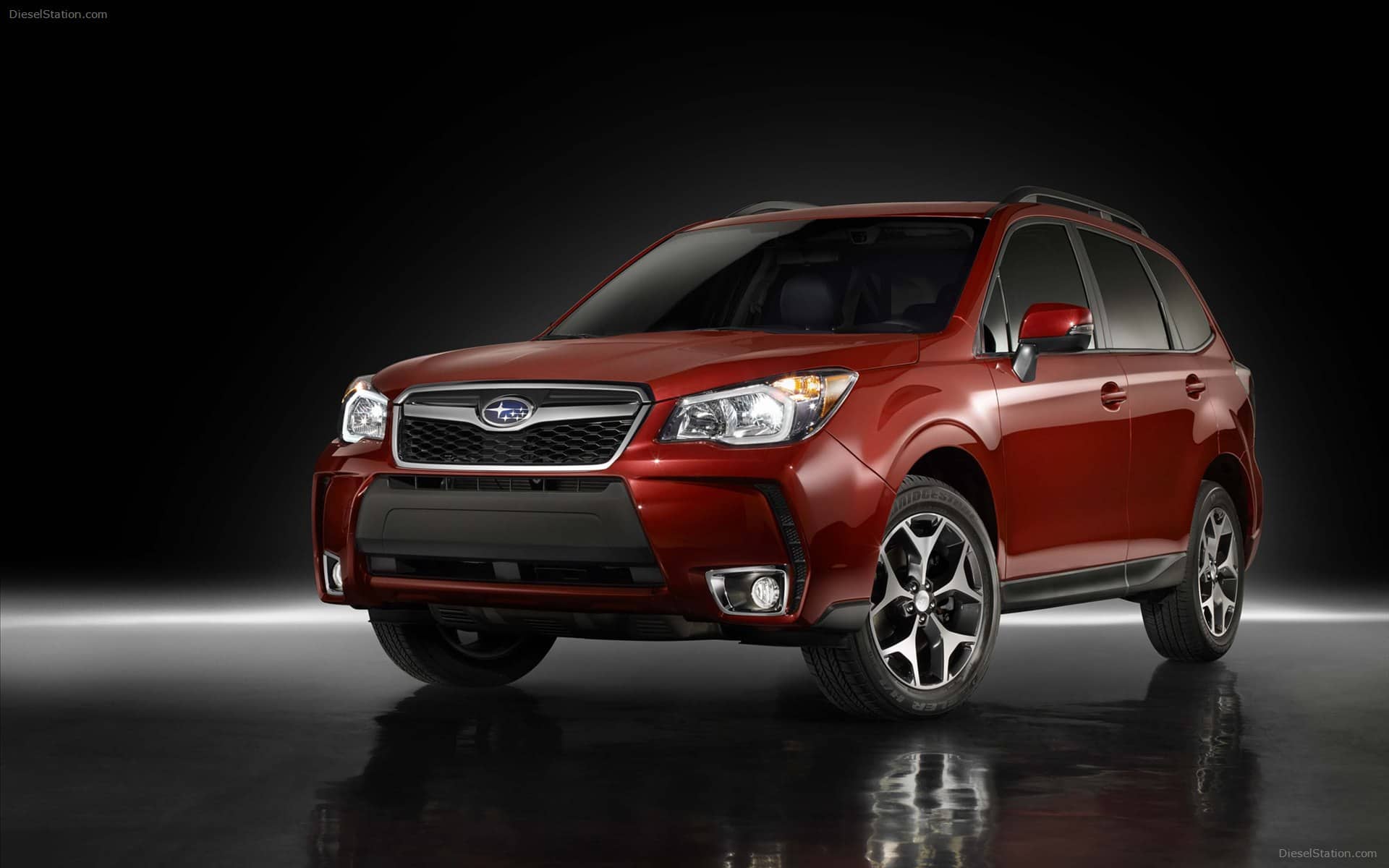 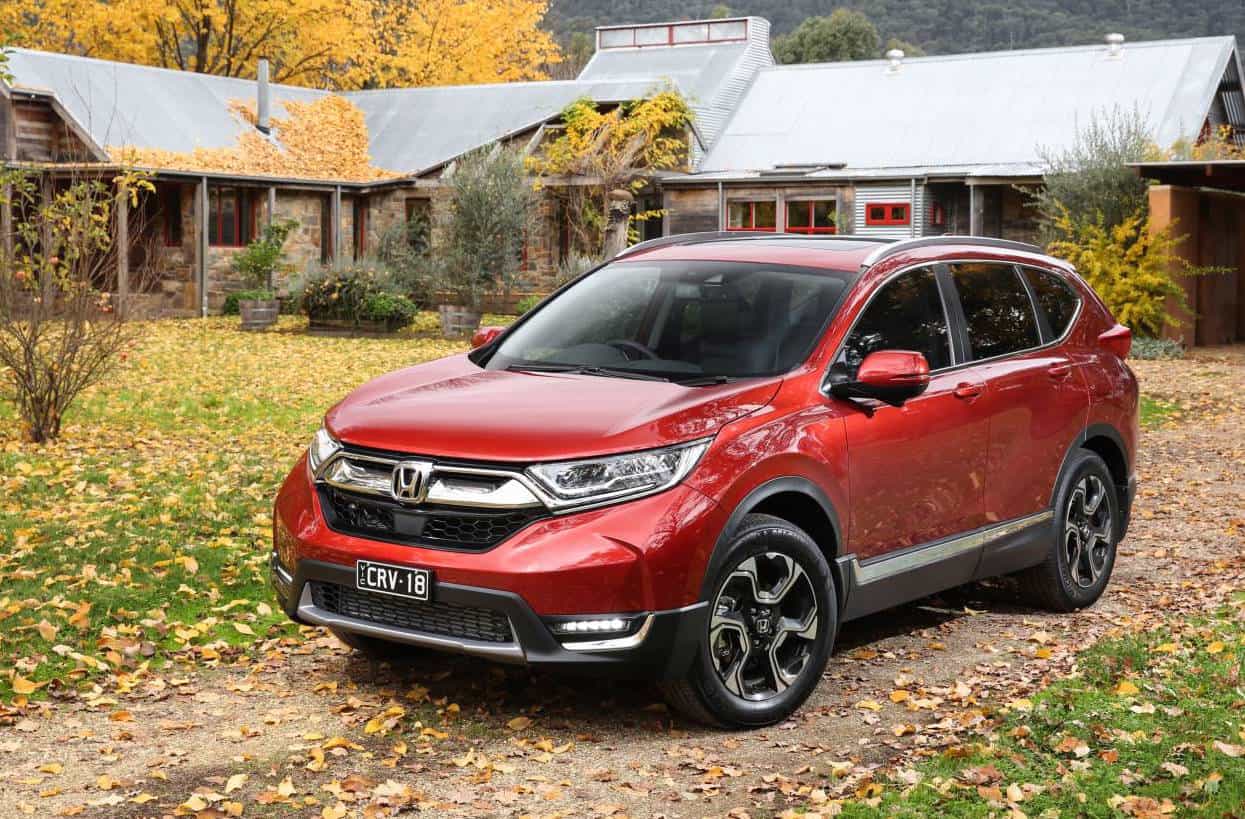 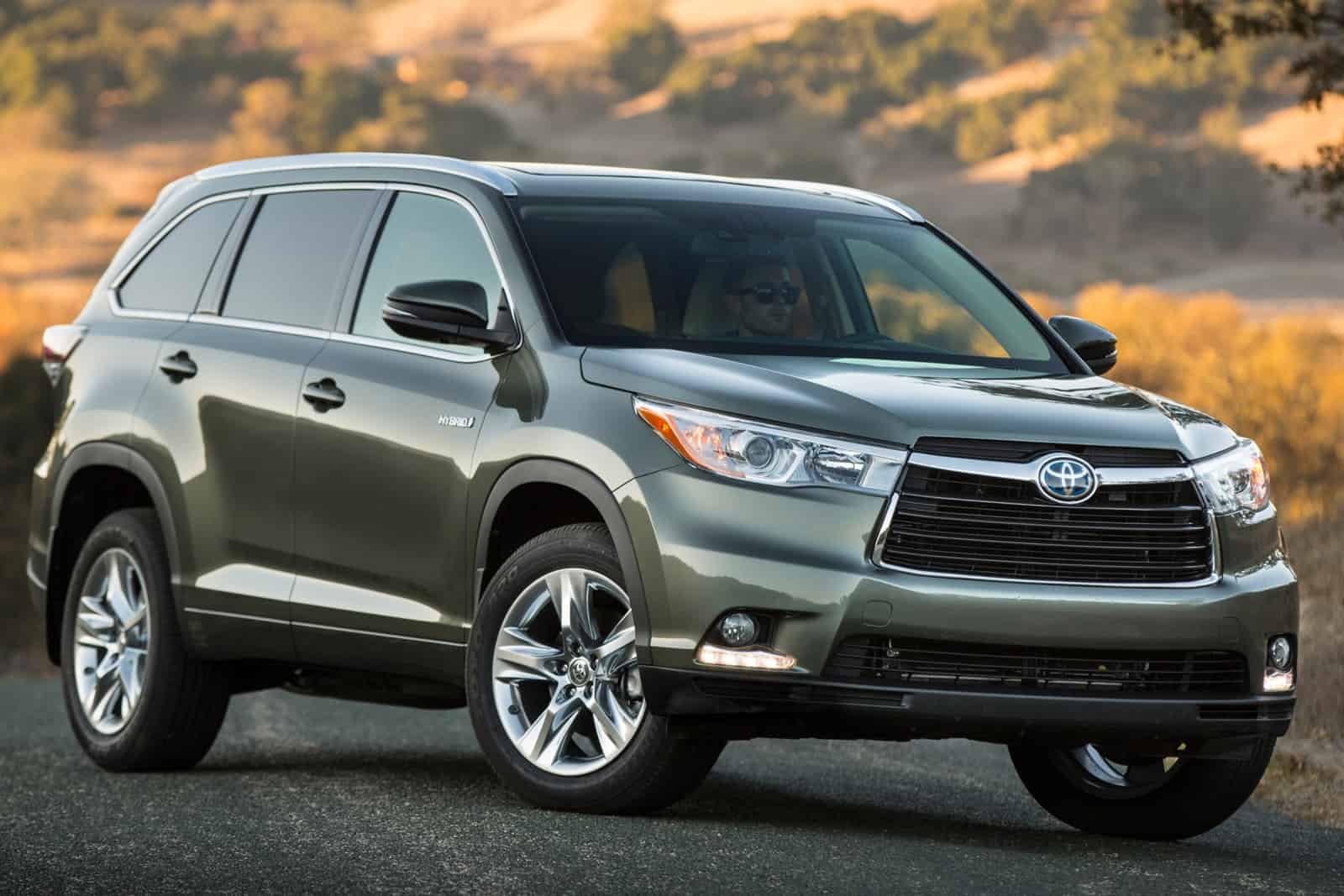 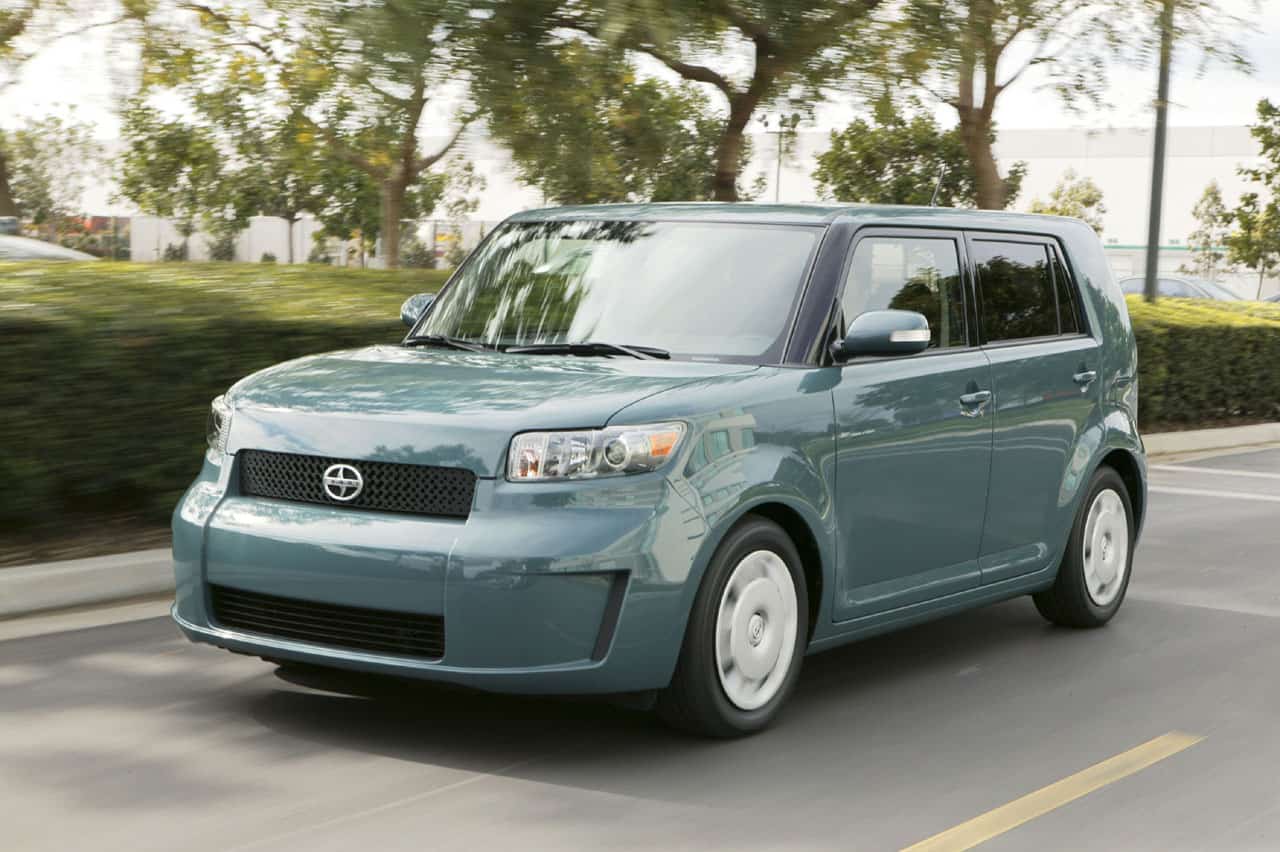 A few automotive brands have their million mile club, where countless hours and dollars have been poured into a Volkswagen, Volvo, Mercedes, or other, usually German name to keep it running for ages. Technically, with the right amount of work any car can run nearly forever, but most of us don’t have the resources or the inclination to do that. Instead, we want a car that’s going to rack up a few hundred thousand miles with a minimum of maintenance.

Digging deep into the world of car production shows that only a few models driving really have the moxy to get into the 200,000+ miles category without exhaustive overhauls. More interesting, they land at various points on the price spectrum, don’t adhere to many particular brand lines, and often less popular models are actually made to run longer than their cheaper, less effective but more common counterparts. Sometimes you’re going to spend more up-front, but in a decade or two you’ll be laughing all the way to the junkyard. Here’s 14 cars able to do a quarter million miles or more right from the factory.

Toyota has long been the name to trust in cars. That remains the case today, which is why you’ll end up paying top dollar for a Toyota no matter how old it is. Though not every single item in the Toyota lineup is bulletproof, the ones that are include the  You can get any derivation of the above choices and be safe. The hybrids, gas, and electric models all have the incredible longevity to hit 200K on the odometer without needing more than regular oil changes. We don’t suggest testing that theory, but many will survive to tell the tale. MSRP: Varies

As is the case with the basic cars that Toyota makes, their larger vehicles have begun to bear the same hallmark of unbeatable quality that goes into the compact line. Though we’re admittedly stretching the definition of “SUV” in this category to include the minivan Sienna, it’s got enough swerve and moxy to deserve it. Even when driving these models hard, and taking the more aggressive ones off the grid, you’re still going to have a hard time putting them down. MSRP: Varies

“Very well,” said the demon. “I shall help you make an impressive vehicle that is more reliable than nearly anything else on the road. It shall also be roomy, with storage to spare, and feel comfortable. But I will do this only if it looks like a tiny circus wagon that was grown in a box.” Thus, the xB was born. As incredibly trustworthy as it is homely, you’ll need to settle for used, but if you find one snag it. They’re cheap and have more lives than Michael Myers. MSRP: ~$18,000

Though it has a sedan body, the Mazda6 aims to be more of a single person’s commuter vehicle than a family driver. The interior looks and feels pulled from a much more impressive car, the handling is fun, the mileage is responsible, and the engine never says “uncle.” It also doesn’t quit. For the city-dweller zipping between appointments, this is the way to go. MSRP: $22,000+

Subaru once was able to go eyeball to eyeball with Toyota and Honda. Age has not been graceful to the brand, except in this single model. The Forester is truly the everything SUV.  The urban warrior who needs a Swiss Army vehicle can use it, soccer parents, outdoorspeople, commuters, and anyone who wants space, size, and extras to go into their car. It’s good for errands and ordinary family duties, it’s good for excursions, it’s roomy and comfortable, and looks…innocuous. MSRP: $22,795

The car everyone had in high school, Honda hasn’t kept their rep up as well as Toyota has, but that’s a failure of PR, not the machines themselves. While not making quite as much noise, partly due to lack of forward innovation, Honda still makes these two affordable choices in a wide range of styles, builds, engines, and options. Often a little more sporty and sassy than Toyota, you can get extra verve to go with your longevity. MSRP -Civic: $19,000 Accord: $23,570

VW tends to lurk right outside the most major contenders in reliability, though that’s because they expect owners to maintain their vehicles. While a Toyota can be driven to death and then left a burning heap of slag, VW cars need you to give them routine care and feeding. Do so, and their survival rate jumps dramatically. Even without that TLC, the Passat can go the distance, make the time, and provide more comfort than most cars and full-sized trucks. Enjoy the legroom! MSRP: $23,000+

Honda’s been trying to Frankenstein itself a decent SUV, and has been shooting a lot into the crossover market, with limited outstanding results. Among choices like the Crosstour, HR-V, Pilot, and the Element, there’s a lot of chaff that isn’t great. They’re all good, as Honda doesn’t produce anything unworkable, but the CR-V stands out as a steady, surefooted, nimble yet solid vehicle. Each year shows improvement, which might make Honda the SUV maker to beat. MSRP: $24,150

Though Ford had a long span of lean years, there’s four models they have produced that receive grudging respect from anyone: The Ranger, the Escort, the Taurus, and the F-150. As the crown jewel of the brand, Ford could keep saying things were “built Ford tough” so long as they had F-150s surviving farming the midwest, the hard work of life on an Indian reservation, muddin’ in the deep south, and sticking to the roads of the frozen north. Pick up either the timeless 150 or go for the even more impressively reliable 250 Super and enjoy an American institution. MSRP – F-150: $27,380+ F-250 SD: $32,535+

As would be expected, the American manufacturers seem capable of getting trucks right, while not as effective at the smaller vehicles cluttering up rush hour. A tank that’s slowly getting ever sexier lines and a more refined sensibility, there’s a slight urbanization and gentility to Chevy’s looks that you don’t find with Ford. Though, underneath the trim there’s a very similar engine, a denser price tag, and far fewer options to outfit it with, should you buy new. MSRP: $34,000+

The world of luxury is a confusing one. As the vehicles increase in complexity, they reach a point where too much can go wrong too easily. Between fully mechanized seats, infotainment throughout, multiple embedded computer systems, to say nothing of the plush and utterly ruinable insides, luxury makers don’t often make great cars. In some cases it’s the fault of the intricate, cutting-edge technology. In other cases, it’s because luxury customers would rather buy new than have something that lasts. That’s a roundabout way of pointing out that the ES from Lexus manages to be the best of both sides. It isn’t too sporty, it isn’t too flashy, it also has more simple poshness than an economy sedan, for those who want to enjoy how both halves live. MSRP: $39,000+

BMW and Mercedes both could easily make more reliable cars, but opt to lavish their work with finicky gadgets that flub the more basic function of driving from place to place. In the Allroad, Audi has made an A4 wagon into an SUV(?). The mix is a pseudo-sedan with extra space and all-wheel drive.  To this, there’s no window dressing. It just works. MSRP: $44,500

The military vehicle that became a Dad Car that turned into a menacing monstrosity on the motorcade, Suburbans have managed to never change, yet always stay in style. Storage for miles, options for days, torque to spare, and the sheer tonnage makes them easy to work on. It’s got three trim levels to choose from, and starts somewhat reasonable in price, given that it’s a 5.3-liter juggernaut at the base, then goes up. Clearly not for everyone, but nothing else compares if this is what you require. MSRP: $50,150