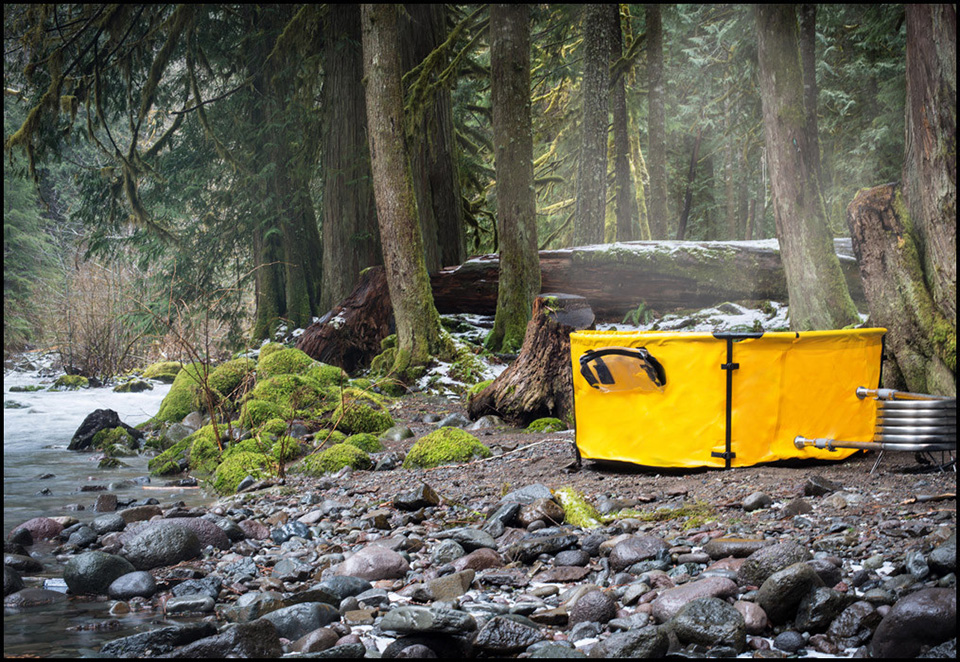 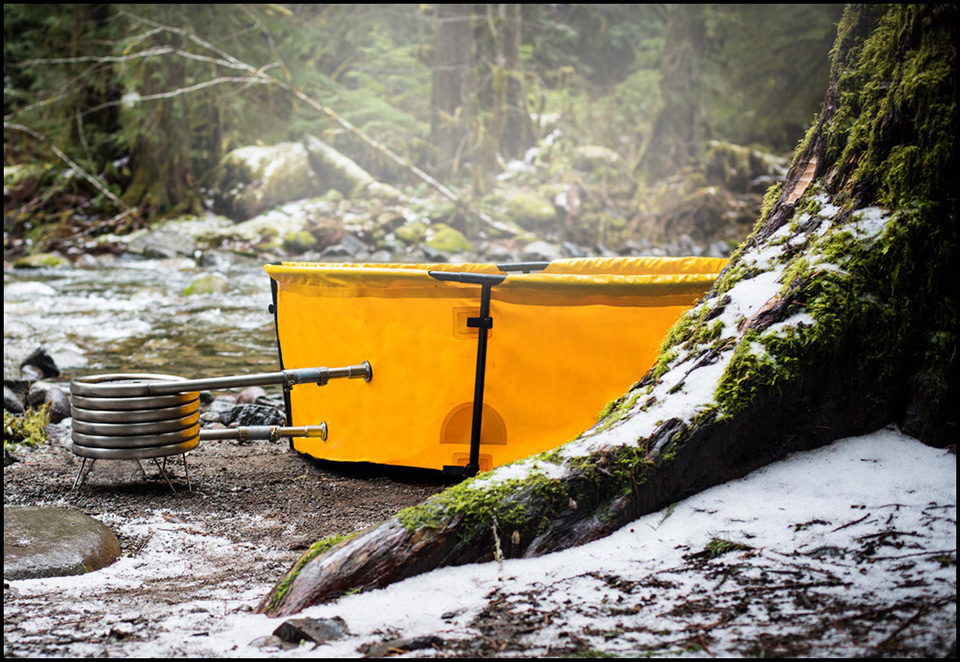 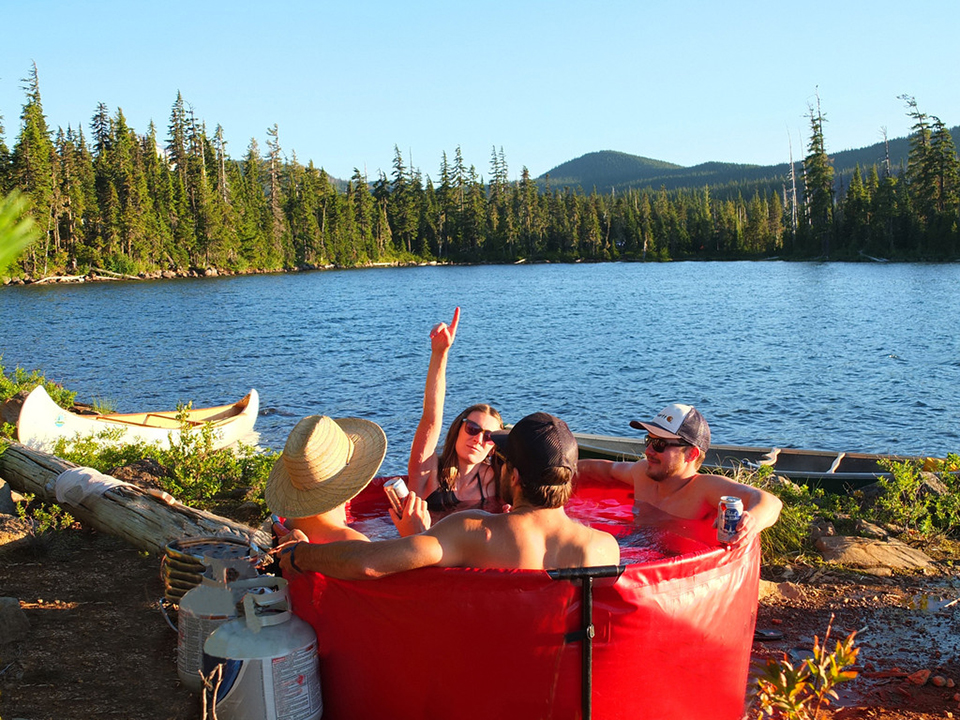 Nomad Collapsible Hot Tub – Recently, I traveled to Ottawa to visit some relatives. While I was there, we made a trek up to the beautiful 31 Mile Lake in Quebec, where a family friend has an island cottage (I stayed in a tent). It was by far the greatest time I ever had on vacation. I’ve always been a fan of camping – there’s something awesome about being able to simply leave all the technology of modern-day society behind; about ditching smartphones and social media and the Internet and just…relaxing.

With that in mind, next time I make the trip up to Ottawa, I may just have to bring a Nomad with me. Basically, it’s a collapsible tub that you can set up pretty much anywhere, whether you’re in your backyard or off camping in the wild. When fully assembled, the tub stands at about 24” high with a diameter of 56” at the bottom and 60” at the top. Even better, it only weighs around twenty pounds – meaning transport is an absolute breeze; vinyl walls mean the Nomad is remarkably durable as well, and won’t be damaged either during transit or during regular use. 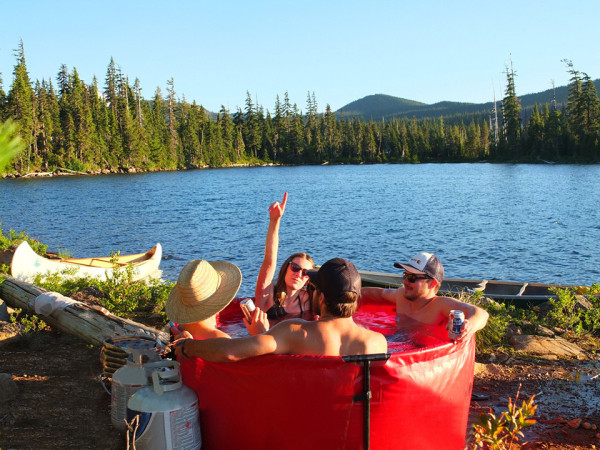 When collapsed, the whole thing fits into a medium-sized duffel bag.

Now, there’s one unfortunate caveat to this product: on its own, it isn’t really a hot tub. In order to heat it, you’ll need one of three things:

In the case of the former two, that makes the product a bit less portable – after all, you don’t really want to be hauling propane tanks off to a campsite. With the latter, on the other hand, you’re going to be shelling out a pretty penny for your gear – the tub will run you $550, while the coil retails at $625 (though a combo is currently on sale for $1000). Still, if you desperately need a hot tub while you’re getting back to nature, you won’t find a better choice than this.