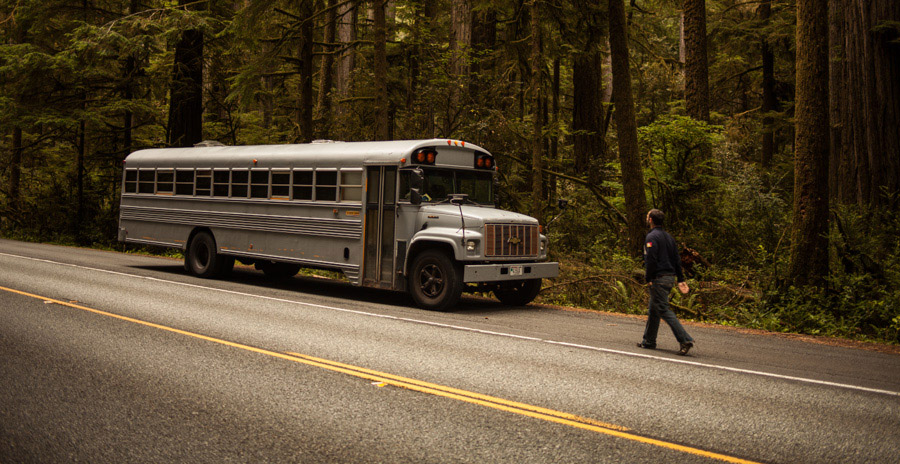 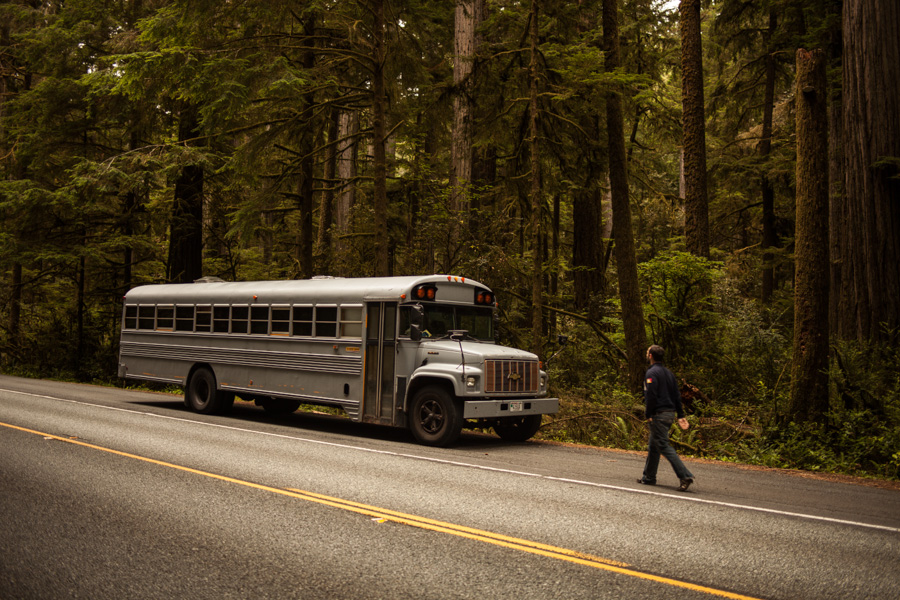 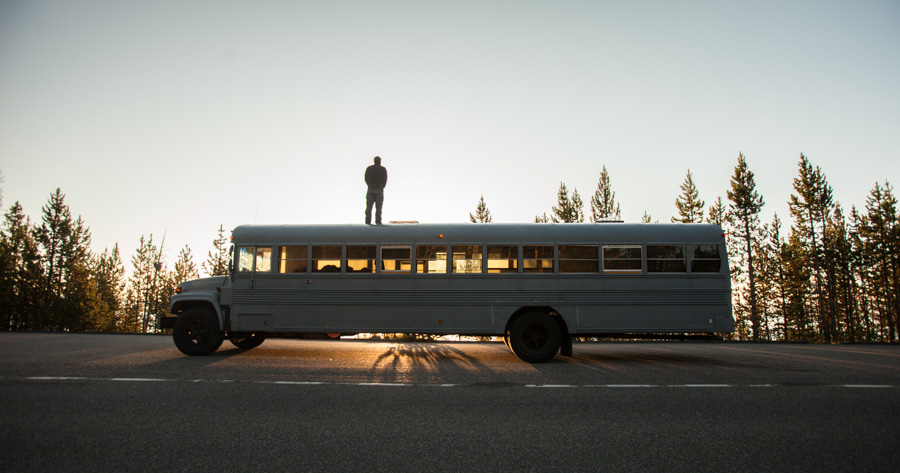 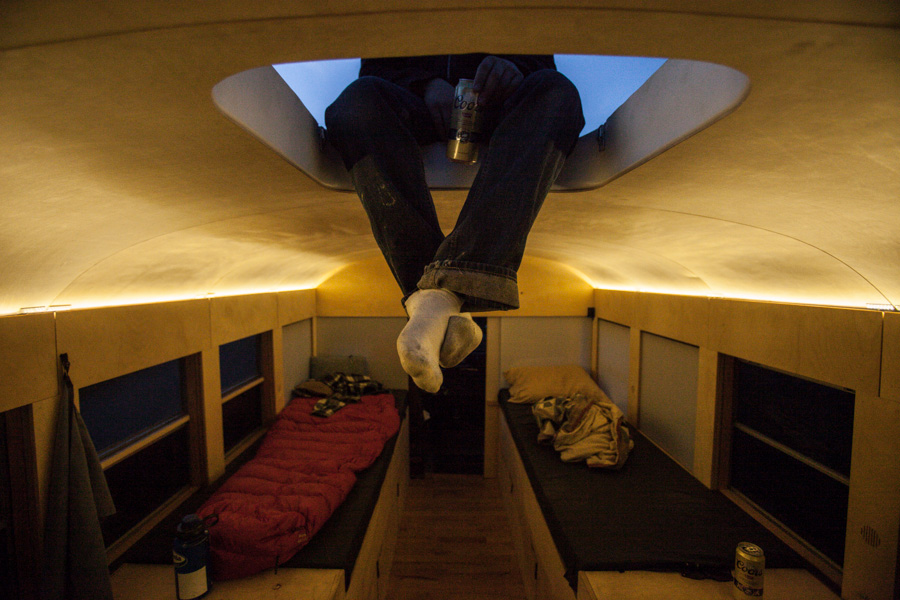 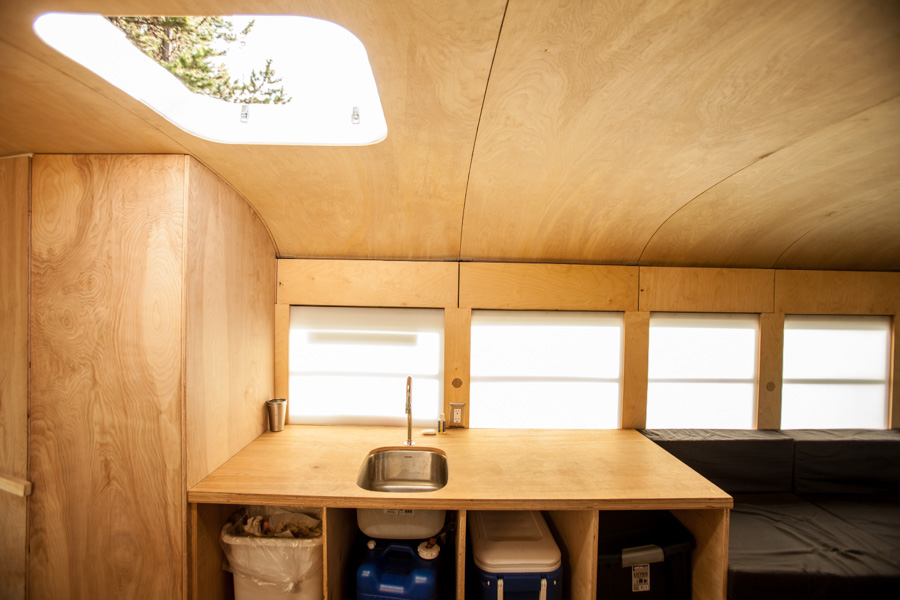 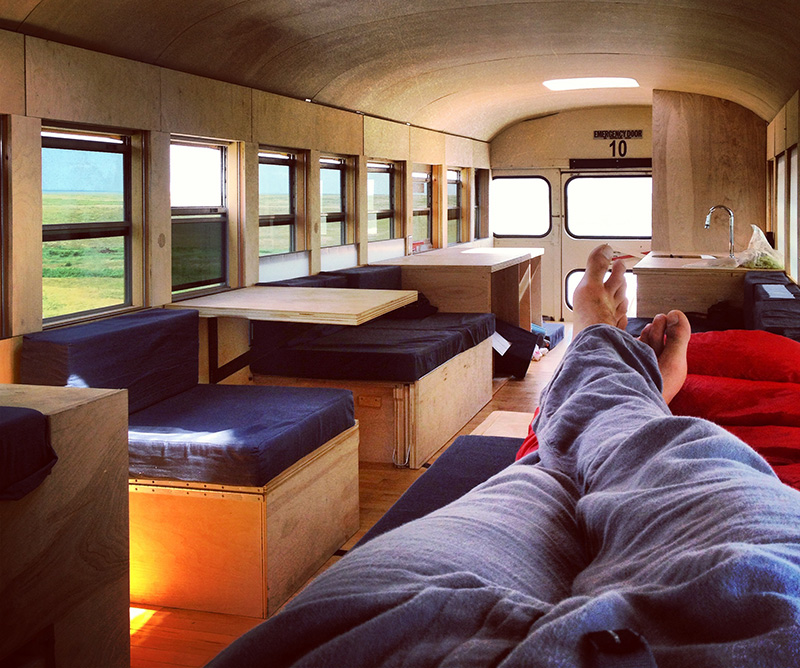 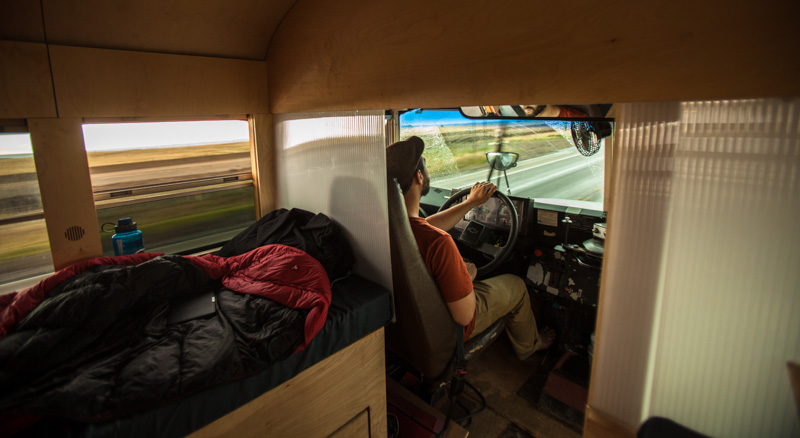 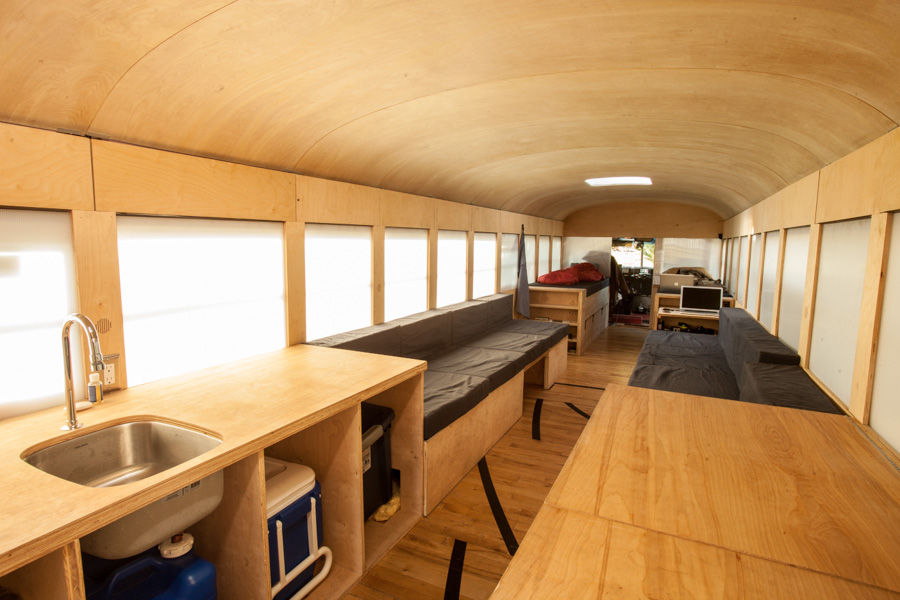 Architect Hank Butitta had planned for many years to make his own kind of impact on the tiny housing movement.  Where permit and cost restrictions created boundaries, Butitta broke through with a bit of old fashioned American ingenuity.  Hank bought a bus– and he gutted and restored it into a comfortable and spacious mobile living space of his own.  Today, Hank Butitta and his school bus mobile home are traveling around the US together on a 5,000 mile trip to prove his exciting and not-so-little concept.  Through pictures and video, he’s inviting you along for a ride as well.

Butitta purchased his bus for just $3,000 from a local Craigslist ad, and spent another $6,000 on materials and other refurbishments to get it up to speed.  He cleanly gutted the full interior, from the yellow line to the back gate, and in this naked frame he built a functional living environment.  Around a central aisle, Butitta’s bus now features a kitchen area, a bathroom and seating sections including space for sleep.  Some of the bus’s seating sections can be folded together to form a larger bed.  For an extra guest, a hammock can be fitted between the two rooftop skylights as needed.

In total, Hank Butitta’s bus mobile home is an exciting project, not only for its potential for travel but its cost accessibility to other young dreamers.  As a student of architecture, it’s also Hank’s thesis project– one that is getting a lot of attention in the blogosphere including here on TheCoolist, and also on the airwaves from NPR and others.  As he set out to early on, it appears Butitta has made quite an impact on the tiny housing movement already, and in an exciting mobile platform no less.  Congrats, Hank– we’re excited to watch your journey from a distance. 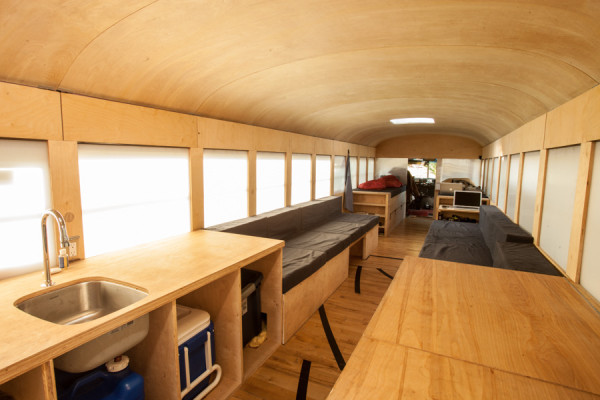 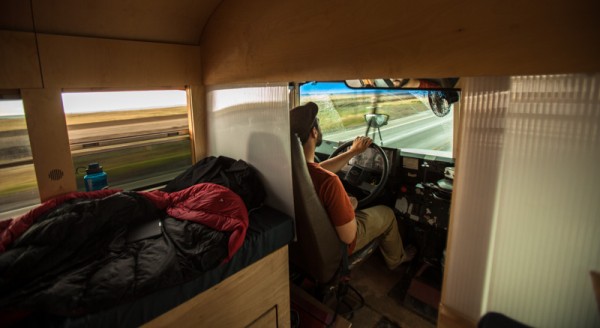 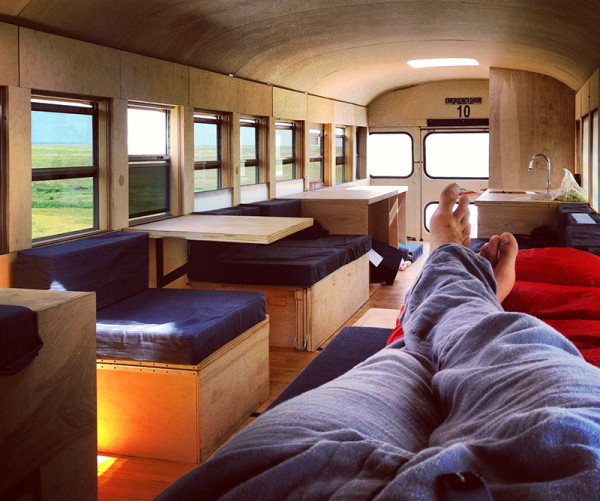 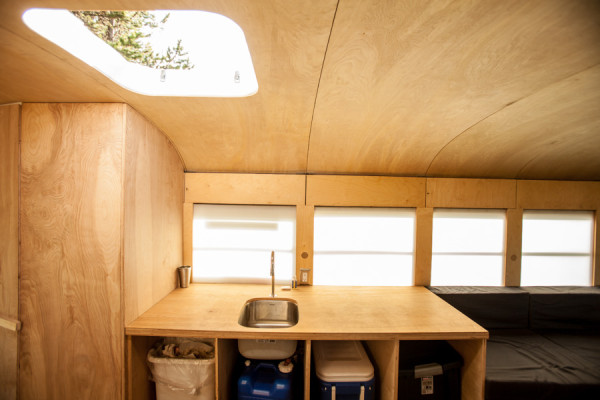 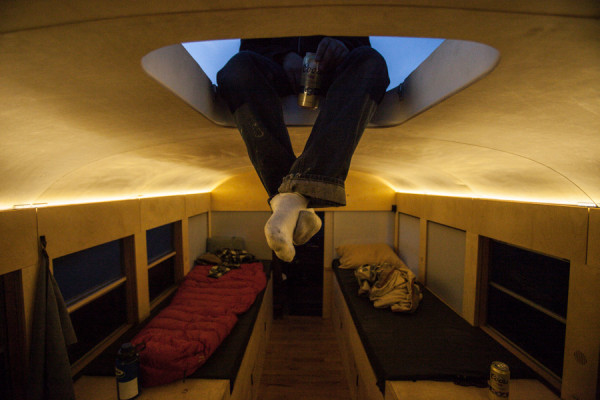 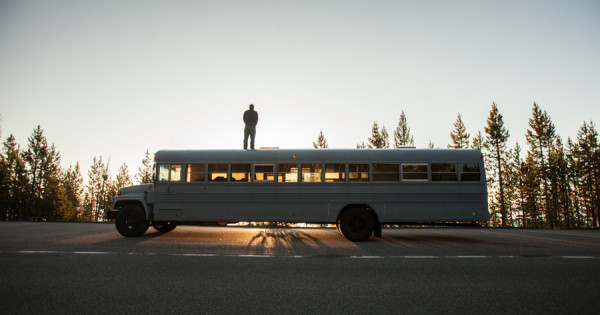