of 1
The New Lunar Rover by Astrobotic Technologies
Buy Now 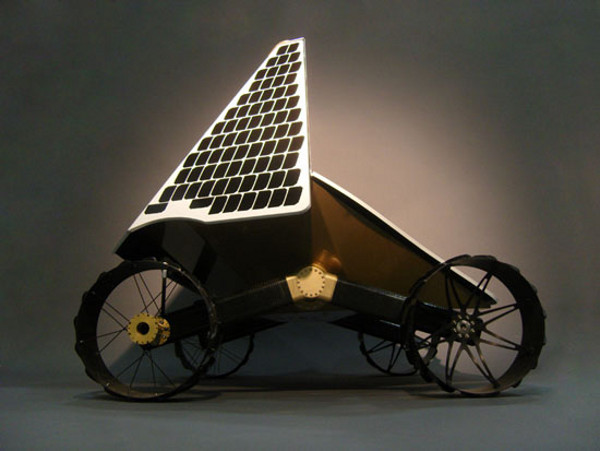 While the new Lunar Rover by Astrobotic Technologies may just be a prototype for now, it is likely that this little bad ass could be carving up the lunar terrain in 2011. Should it perform well on the job, it’s developers could be looking at $25 million thanks to the Google Lunar X Prize. Dr. William Whitaker of Carnegie Mellon University devised this solar-powered bot to traverse the Apollo landing sites and determine how the remaining debris has weathered in the lunar landscape.

The fundamental innovation developed at Carnegie Mellon is the rover’s asymmetrical shape. On the cold side, there’s a flat radiator angled up to the black lunar sky as well as a vertical panel for the logos of the corporations sponsoring the expedition. On the hot side, a half-cone of solar cells generates ample electrical power to power the wheels, run the computers and energize the transmitter beaming back stereo HD video to Earth.