VIDEO: The 10 Most Epic Climbing Gyms We’ve Ever Seen 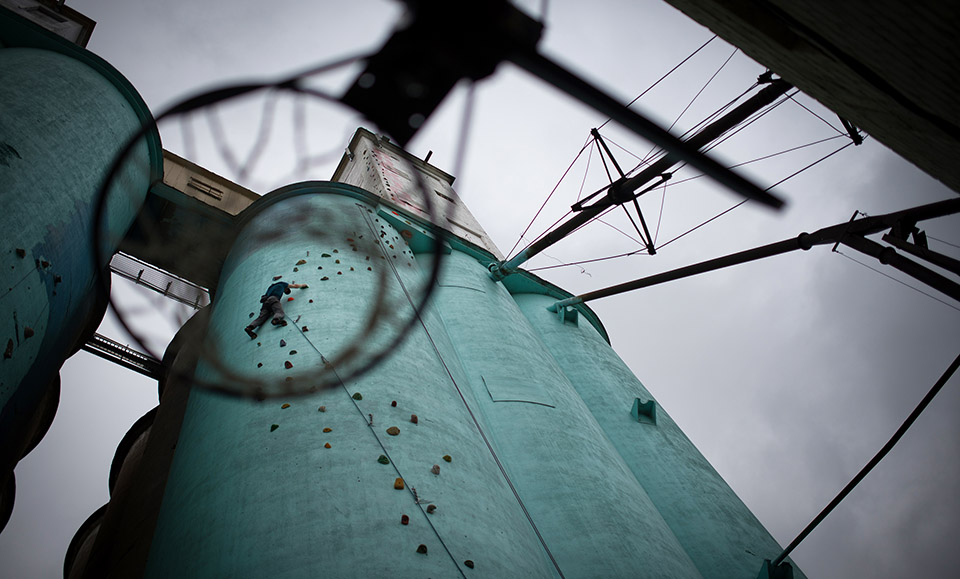 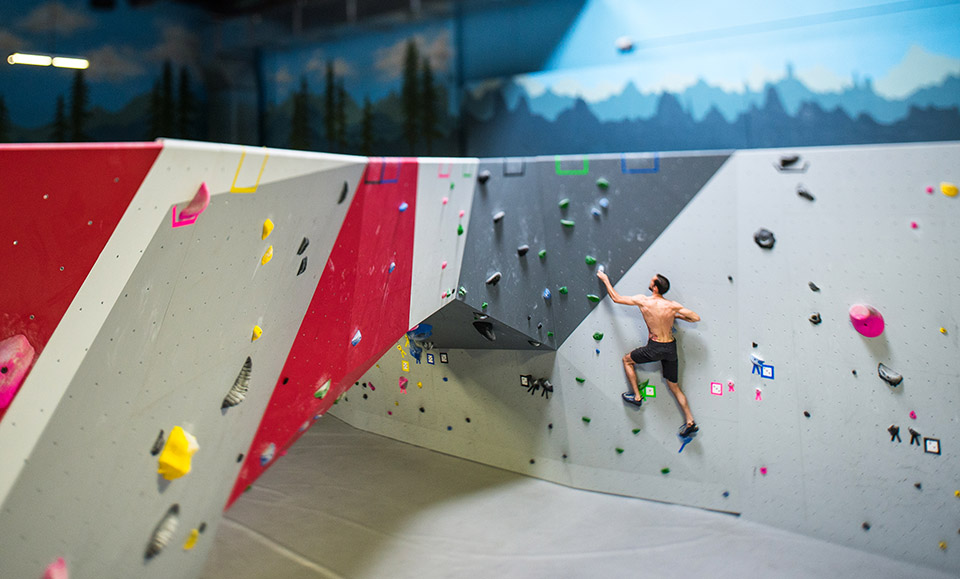 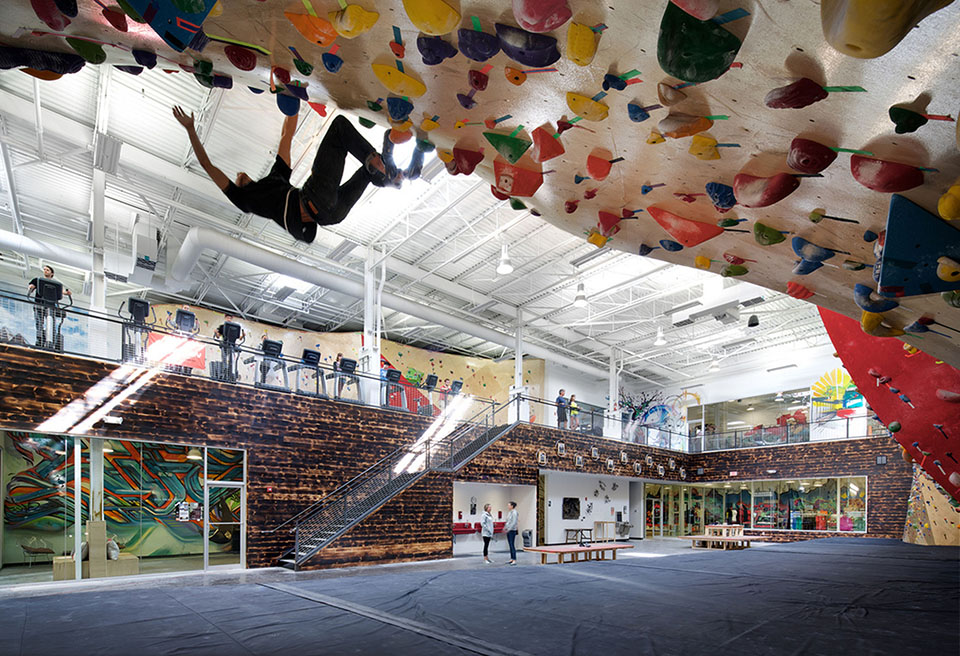 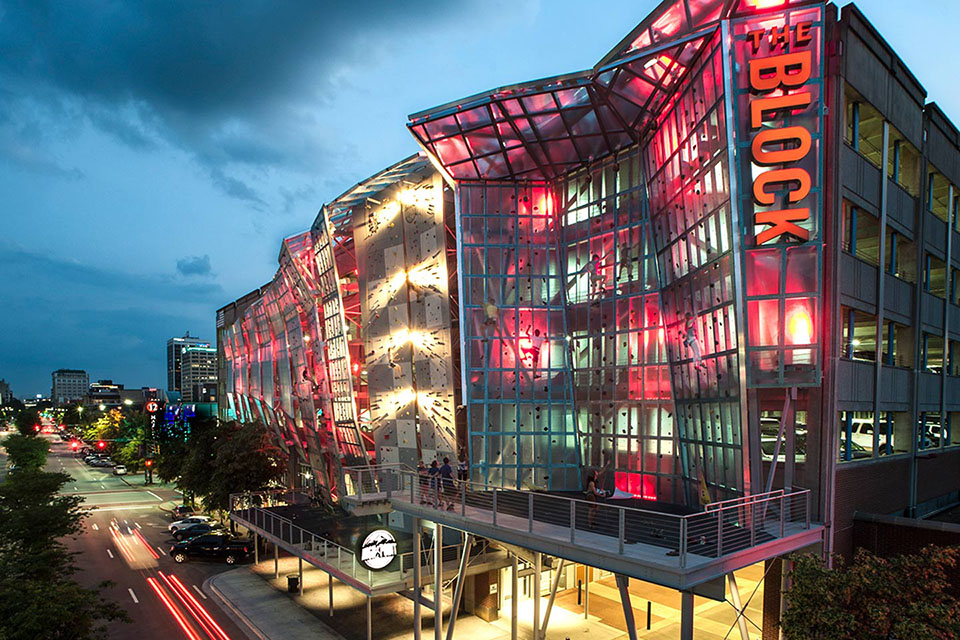 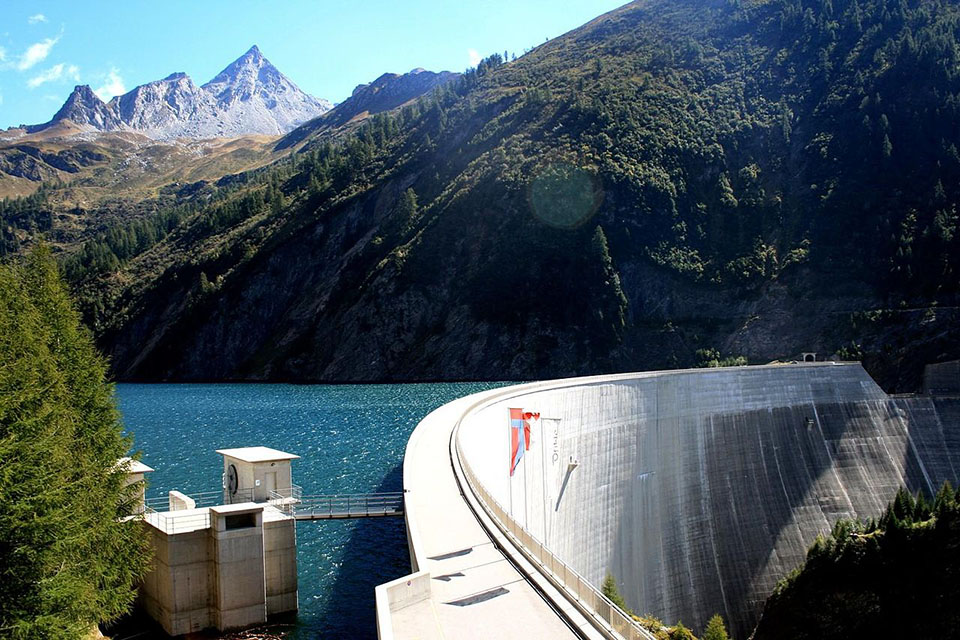 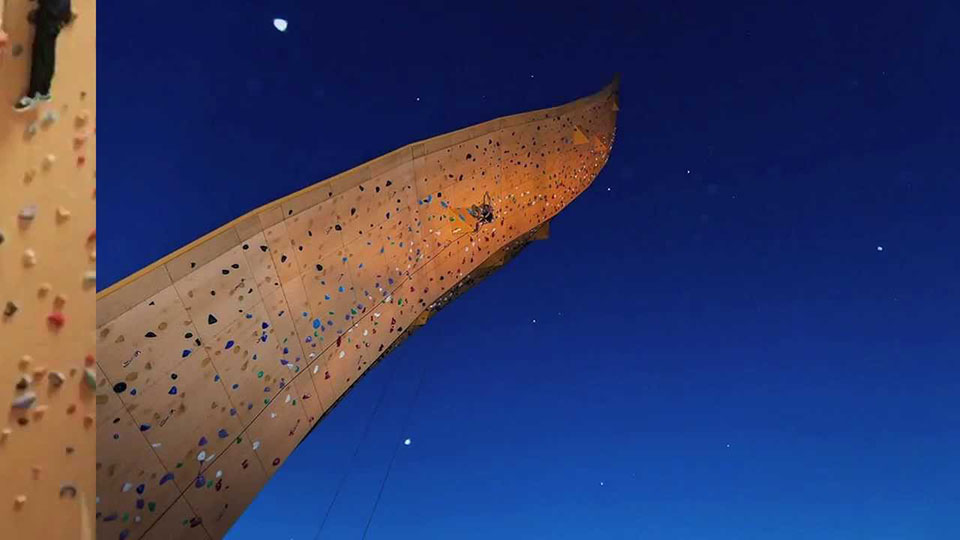 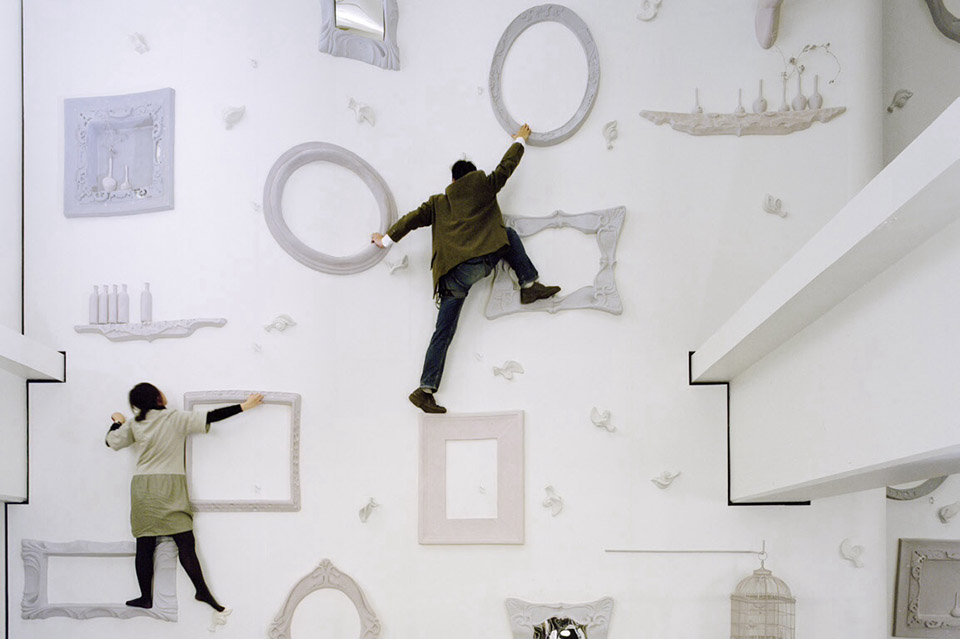 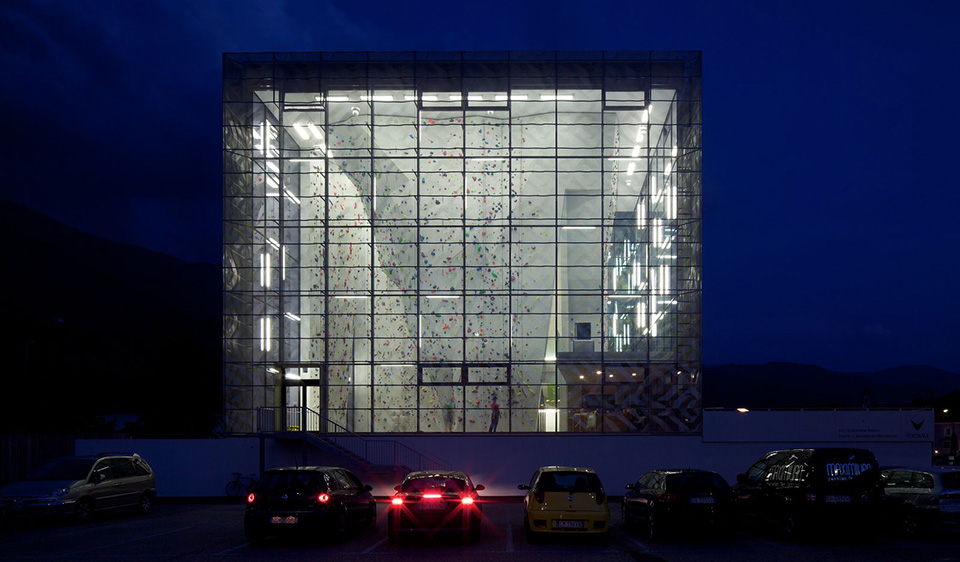 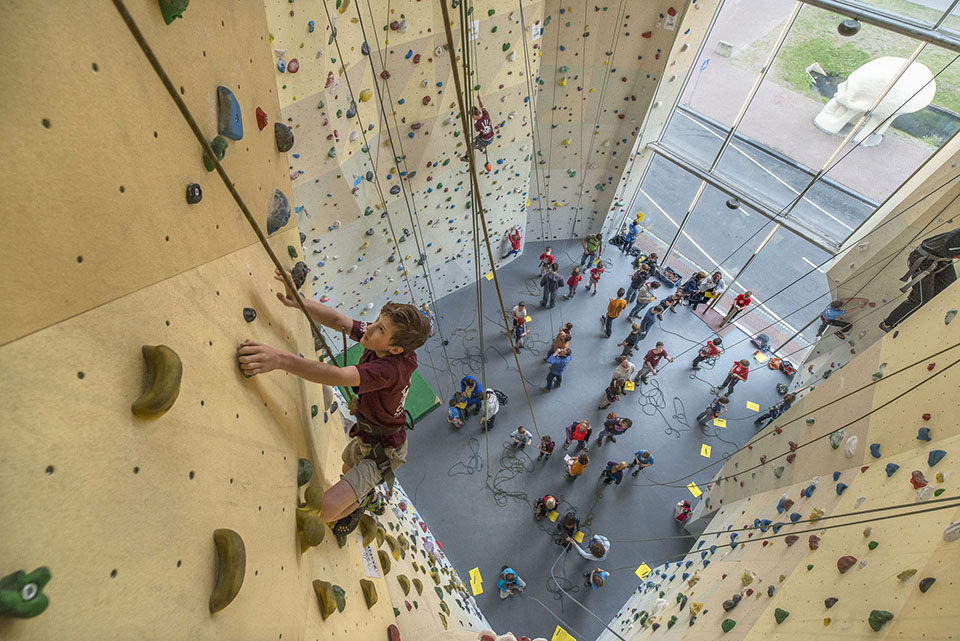 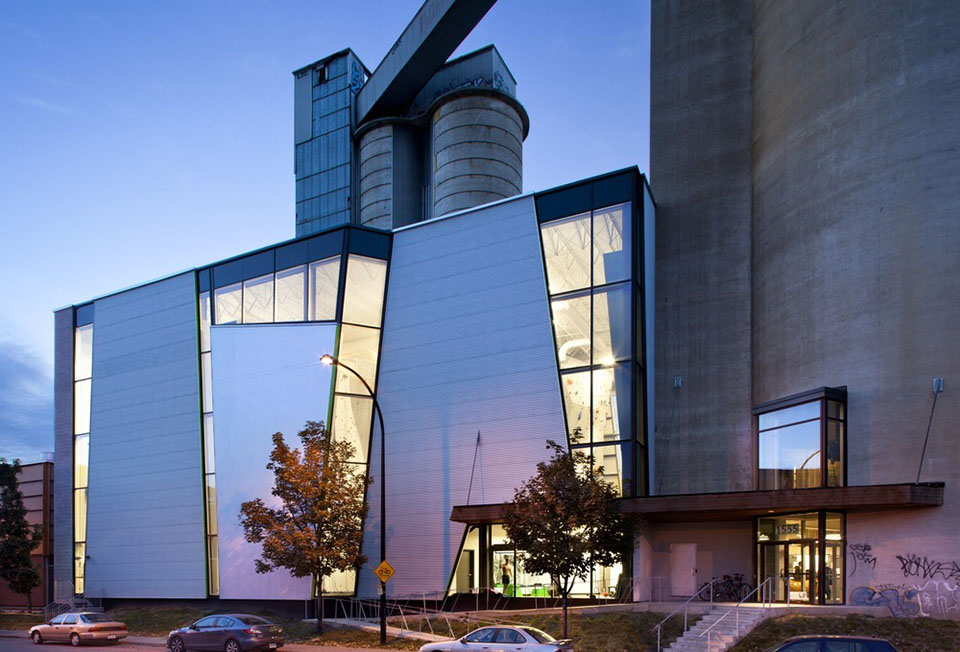 It doesn’t matter if you’ve never climbed a wall in your life — walking into a climbing gym is a fascinating experience. By their very nature, climbing gyms feature massive rooms, angular walls and high ceilings with a form of architecture you won’t find elsewhere. We’ve profiled 10 of the most incredible climbing gyms around the world, from Tokyo to Switzerland to Chattanooga. We’re talking abandoned grain silos, art gallery walls, inner city hangouts — even a 540-foot climbing path on the side of a working dam. Climber or not, prepare to be amazed.

I’m Seamus Payne of TheCoolist.com, the encyclopedia of cool since 2009, and did you know that the largest artificial climbing structure in the world is 540 feet tall on the side of a dam in Switzerland? Today we’ll be taking a look at 10 of the most incredible climbing gyms around the world, from Switzerland to Tokyo to Chattanooga. Stick around. 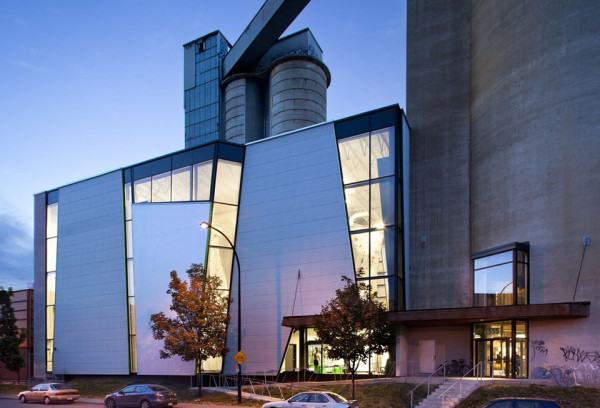 Long before they were abandoned, these silos in Montreal held mountains of sugar. The old Redpath Sugar Refinery is now home to Allez Up, a bright and modern climbing gym built in and around the old silo structure. Allez Up spans 13,000 square feet of floor space, with a lot more vertical real estate above. It is possibly the most exciting climbing gym in Canada, which places it pretty high in the running for the top spot in North America. 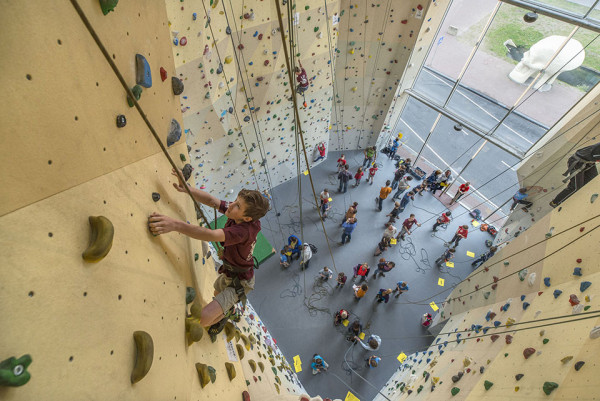 Despite its small footprint, this climbing gym in The Netherlands is huge in spirit. That spirit is the product of NL Architects, a group of mad scientist creatives in Amsterdam . They’re known for designing a bike shop in China with a working, angled velodrome on the roof. They also created a “moving urban forest” by planting 100 trees in 100 shopping carts to wheel around as they please. Insane. Awesome. I love these guys. But back to climbing. 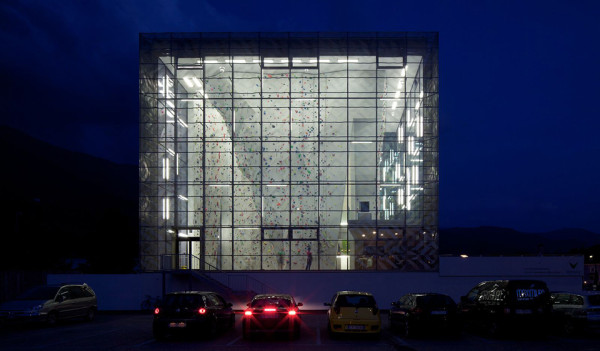 The design nerd in me is excited about this one. It’s a contemporary climbing gym in Northern Italy that prepares climbers for Alpine adventures throughout the year. It’s wrapped in this wild, wavy fascia that is partially transparent, allowing daylight in while showing the nature of the space to the neighborhood. The ripples on this fascia almost resemble the topography of Northern Italy, and the dramatic mountain regions that extend to the north. That makes the design and the function of this building entirely focused on the sport of climbing. [vertikale kletterhalle] 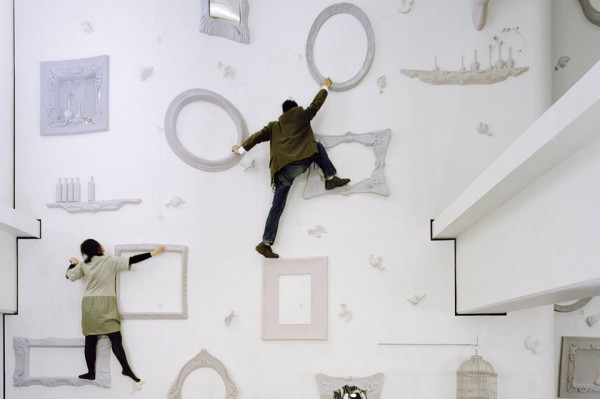 The ILLOIHA fitness club in Tokyo sports what might be the most unusual climbing gym in the world. Instead of your typical climbing holds, it uses symbols of interior design recast in plastic. Its walls are covered in climbing holds shaped like picture frames, mirrors, deer heads, bird cages and more. It looks like art, but it’s built for sport. This makes it a fitting design for exercise in Tokyo’s fashion district. 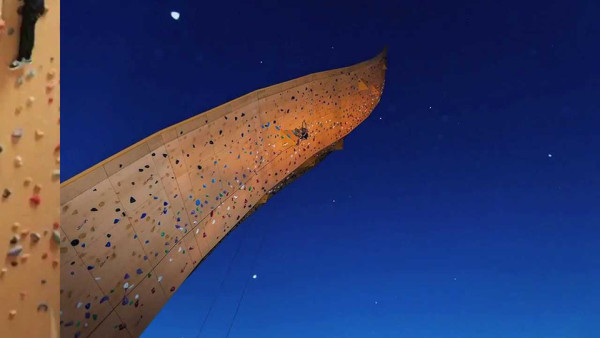 This climbing facility is not for the faint of heart. The Excalibur climbing tower in Groningen, The Netherlands, spans 121 feet from base to tip, making it the tallest free-standing climbing structure in northern Europe. That’s the equivalent of an 11 story building, but one so narrow it barely occupies a parking space at the bottom. Just imagine this thing swaying in the wind when you’re a hundred feet up. 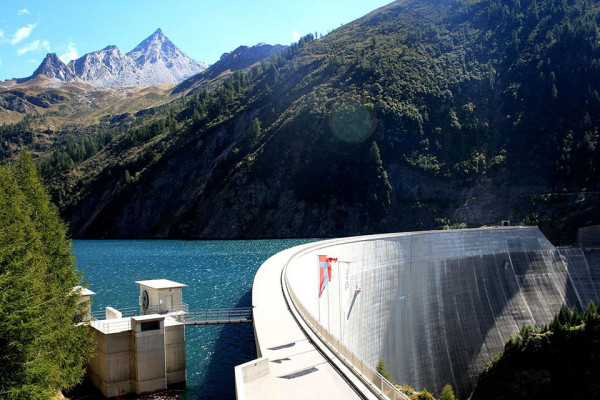 Compared to this next climbing wall, the Excalibur tower is barely an appetizer. The Diga di Luzzone dam in Switzerland has been fit with climbing holds that extend 540 feet in length. That makes it the world’s largest artificial climbing wall, more than three times taller than the next highest facility. It is absolutely massive, traversed each day by climbers that are barely ants compared to its scale. It’s a bucket list kind of climbing wall, one that travelers from around the world have visited for a once-in-a-lifetime experience. 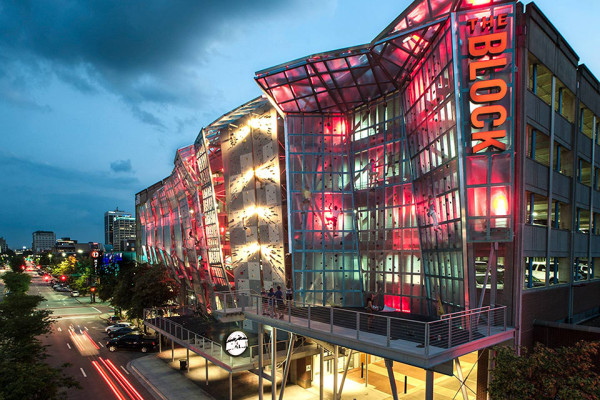 Back in the states, this new facility in Chattanooga, Tennessee was recently called “America’s Coolest Gym” by Climbing Magazine. High Point Climbing is a modern, vibrant facility with glass exterior walls that mimic the angled climbing surfaces inside. Climbers can scale walls both indoors and out, thanks to a facility that features 30,000 feet of total climbing surface. 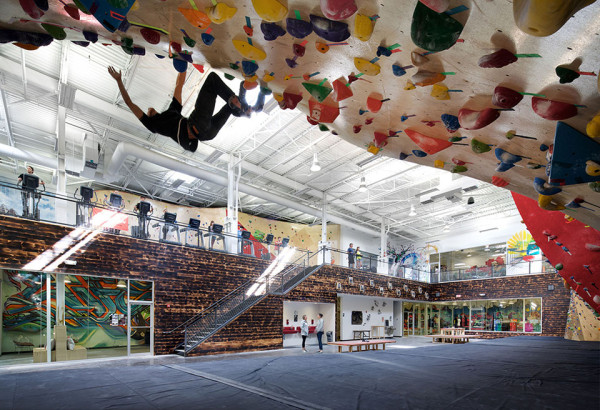 I don’t care where you work– chances are, your office just isn’t this cool. Brooklyn Boulders is a young co-working concept that now lives in four cities around the United States. It’s part shared office space, part gym, part climbing facility. You can get in a day of work at a shared desk space, then sweat it out on the walls to end your day. It’s the kind of place where you want to spend both your work hours and free time — now all it needs is a restaurant and bedrooms. 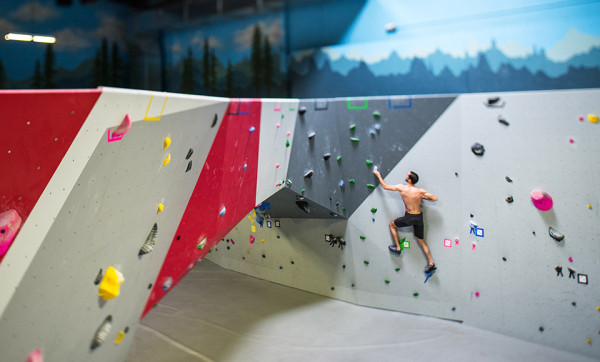 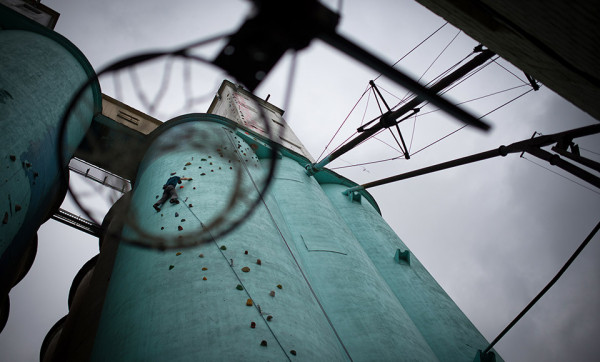 One gym we had to include here deserves a special look on its own. Rocktown Gym in Oklahoma City occupies an abandoned grain elevator right in the heart of the city. We visited Rocktown Gym last summer while shooting a short documentary on the rise of the city. If you love climbing, you’ll definitely want to hit this link and check out Rocktown Gym for yourself.