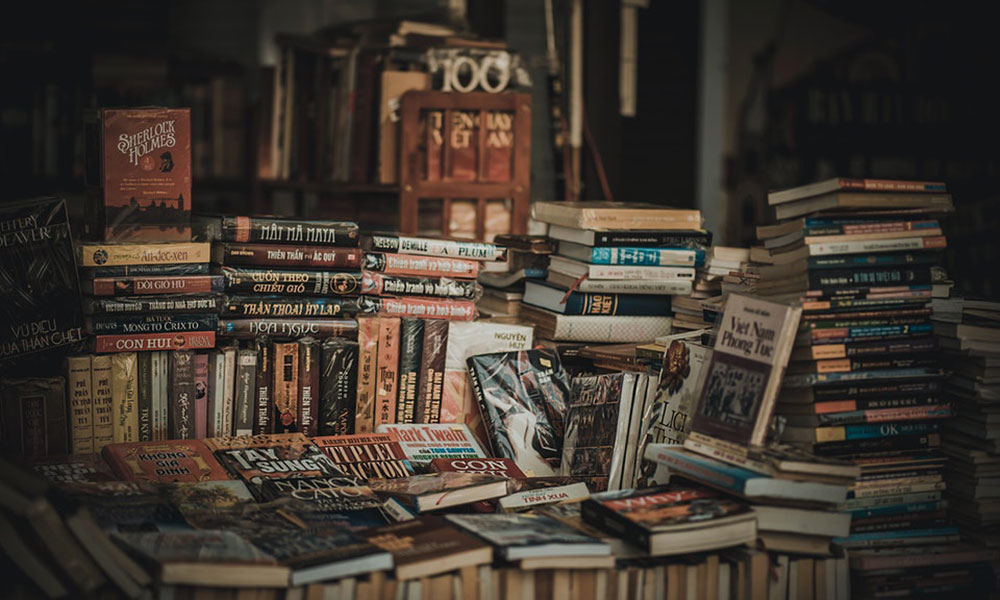 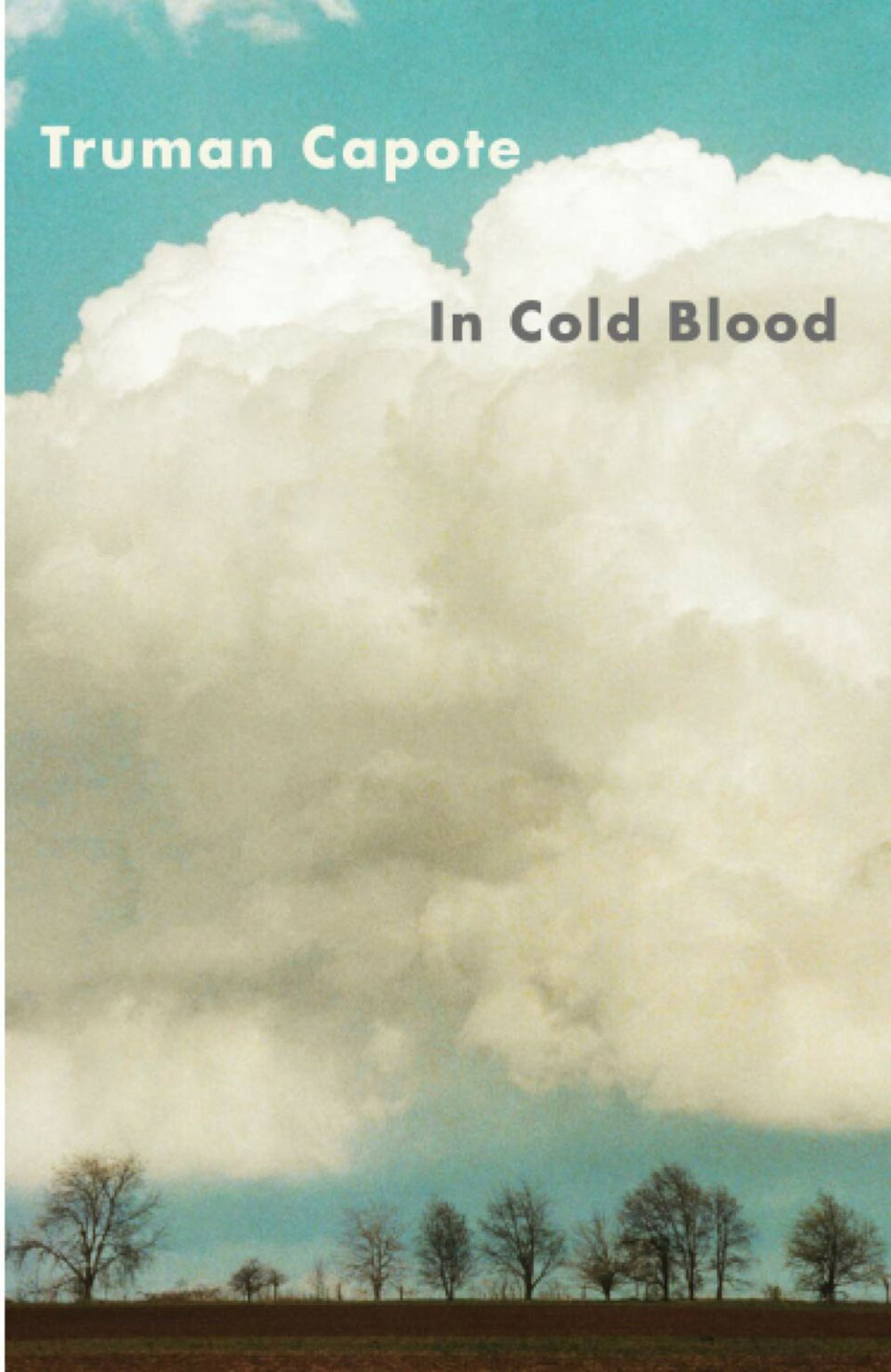 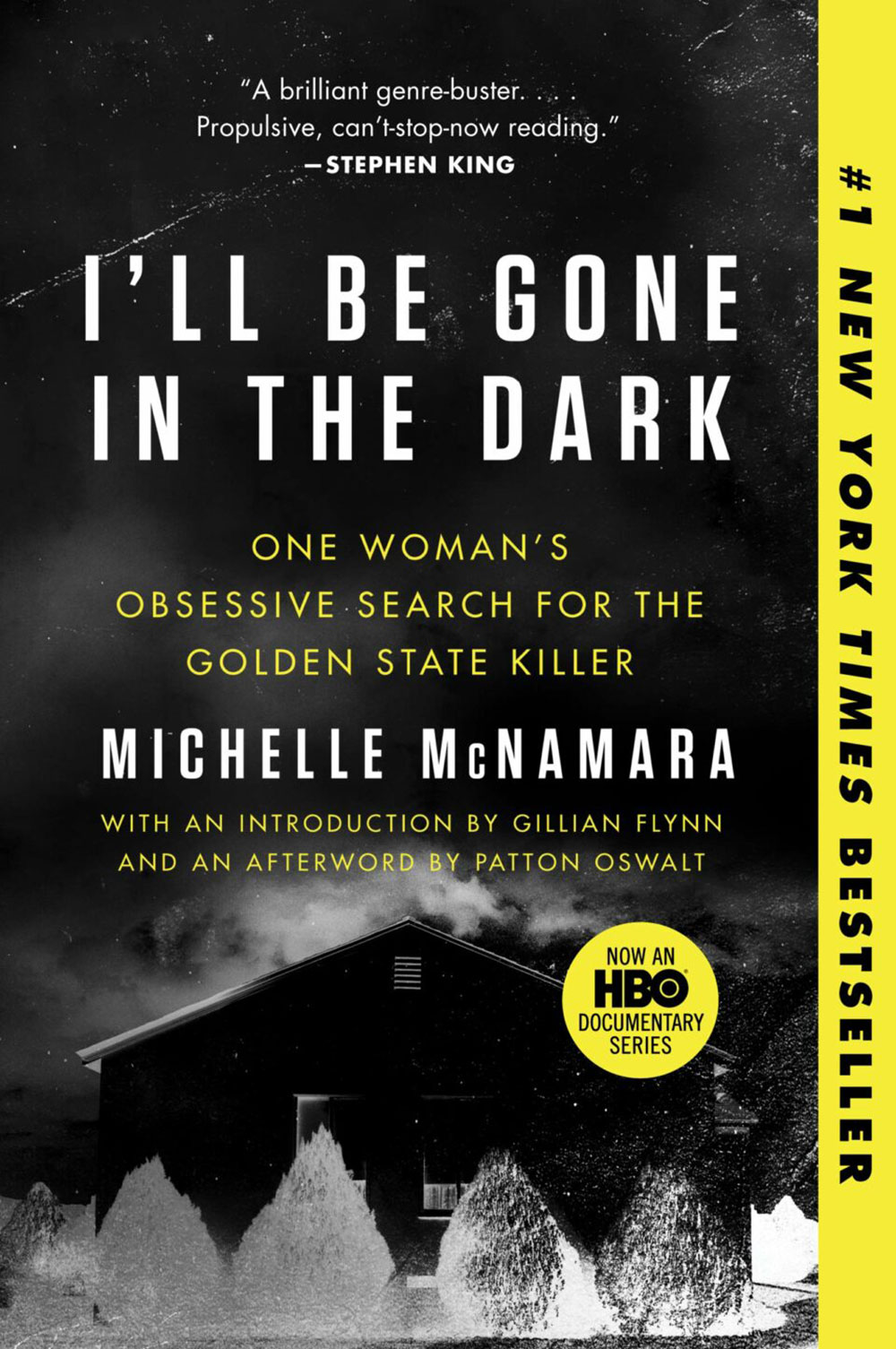 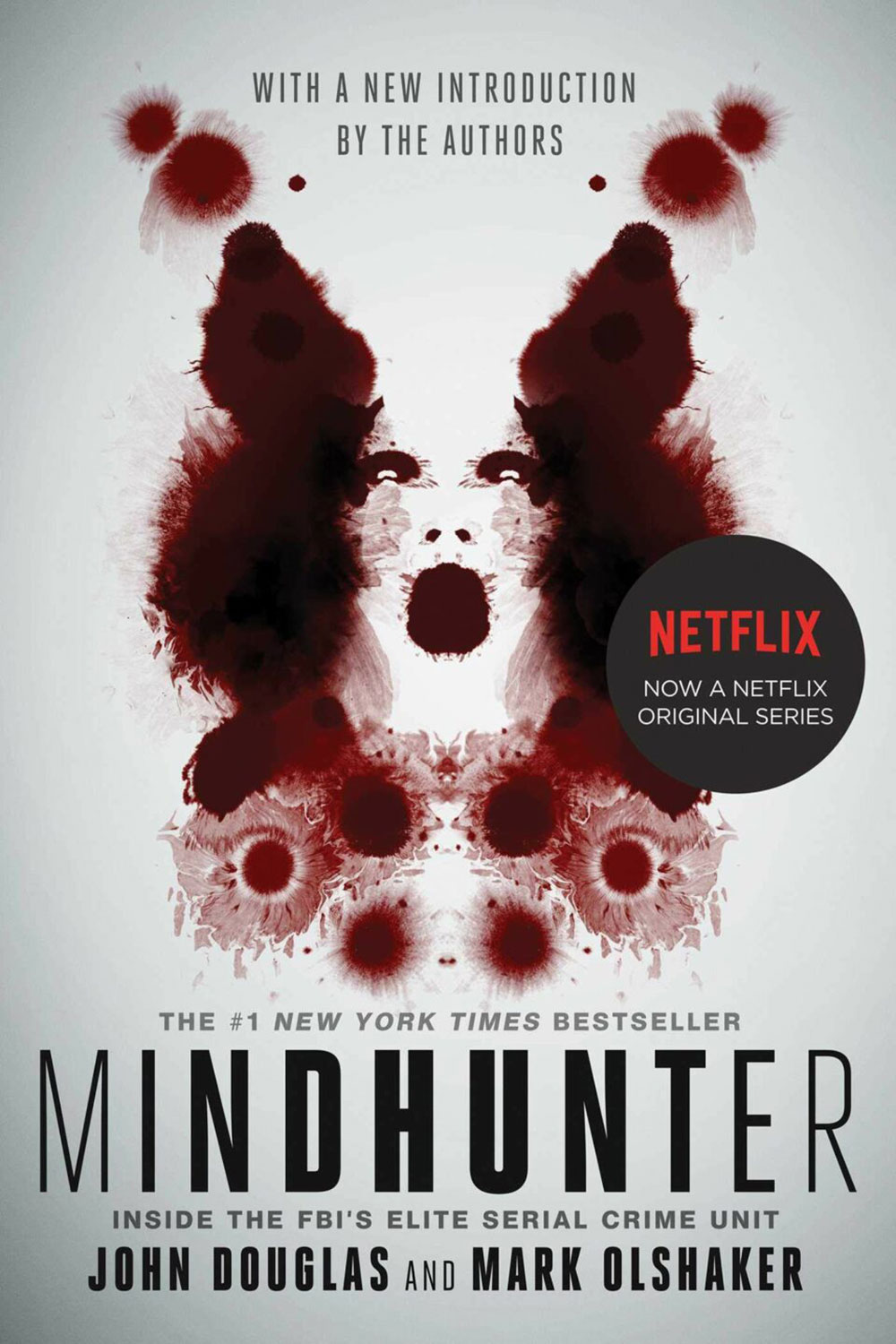 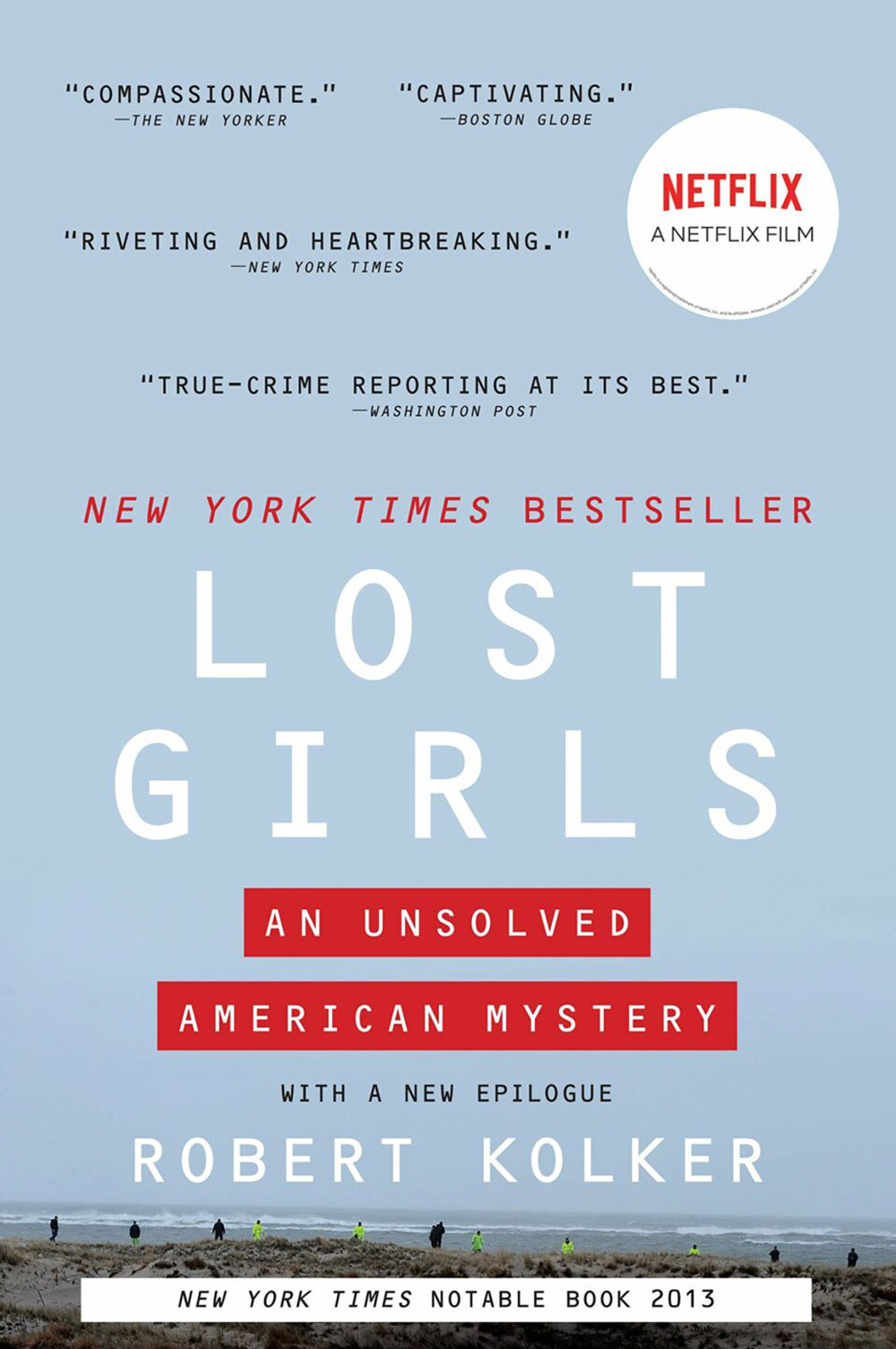 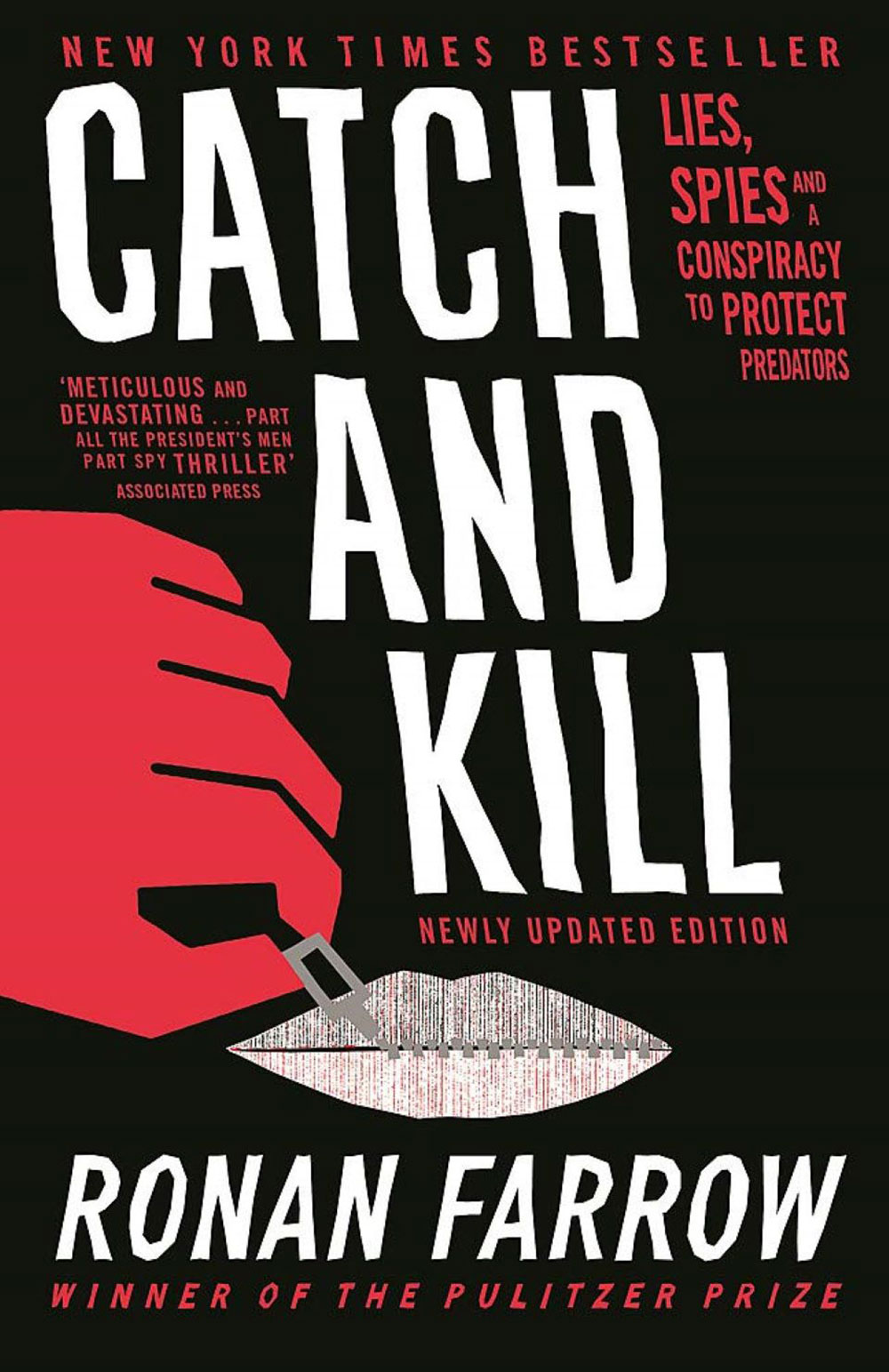 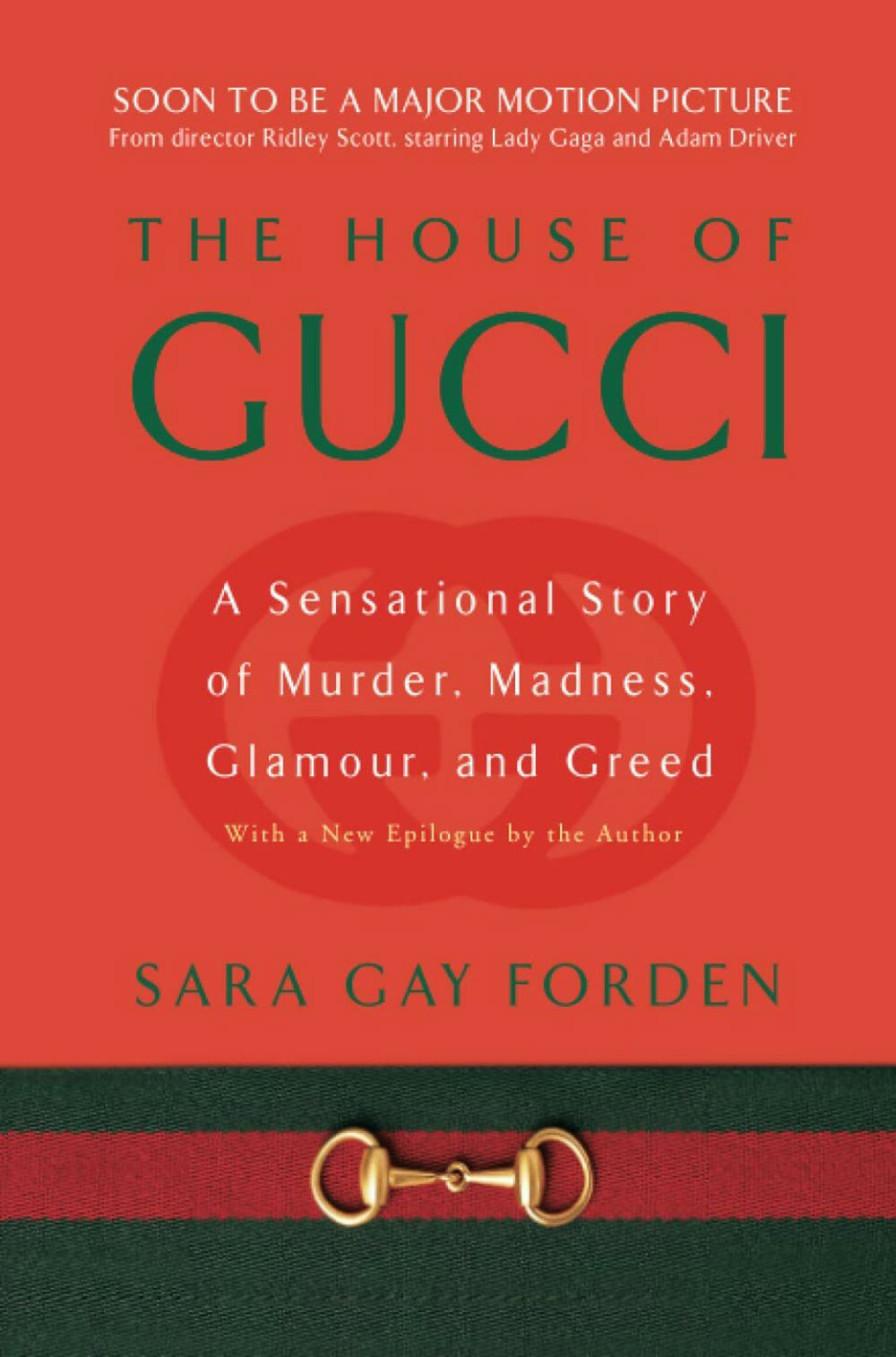 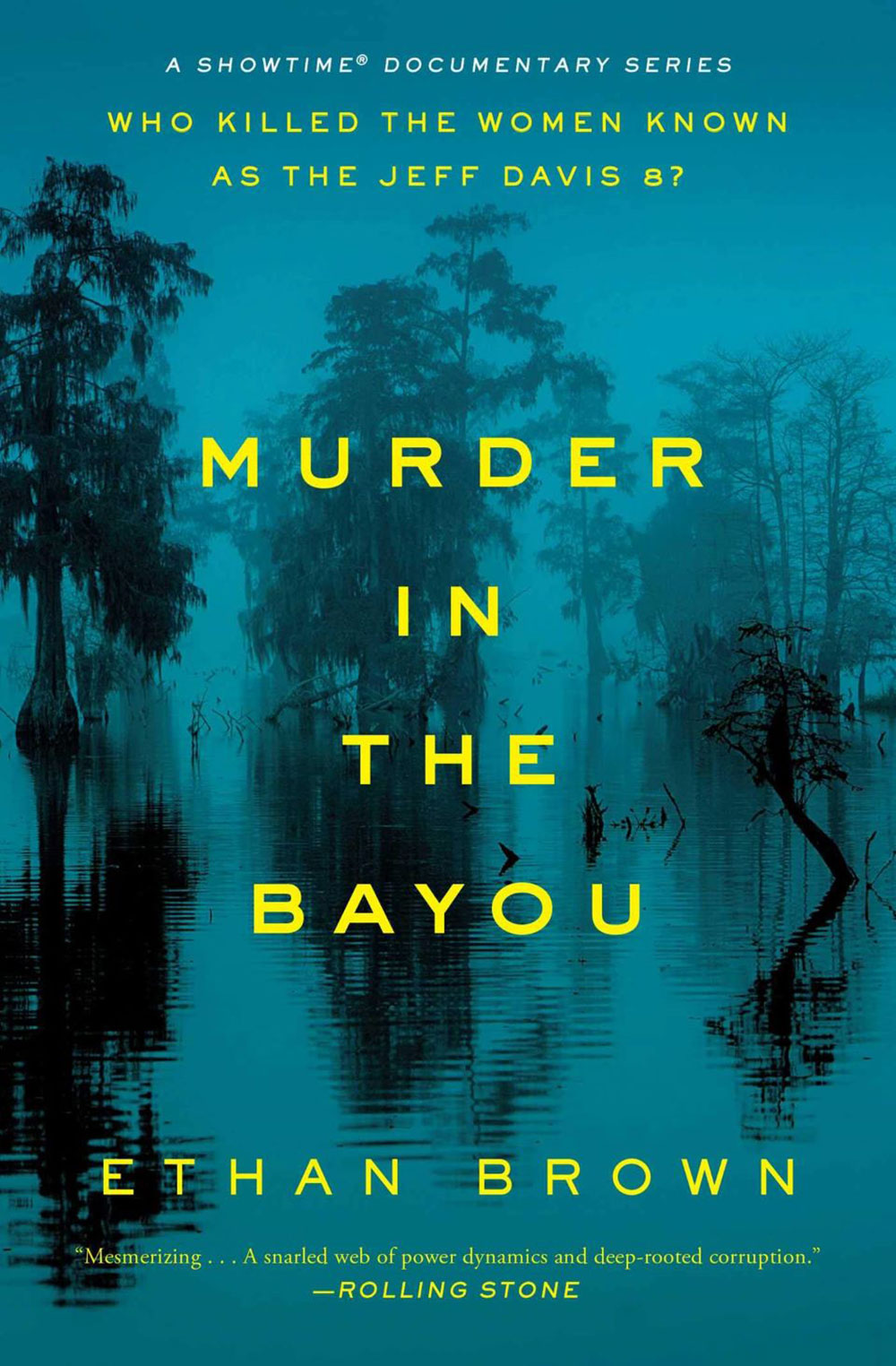 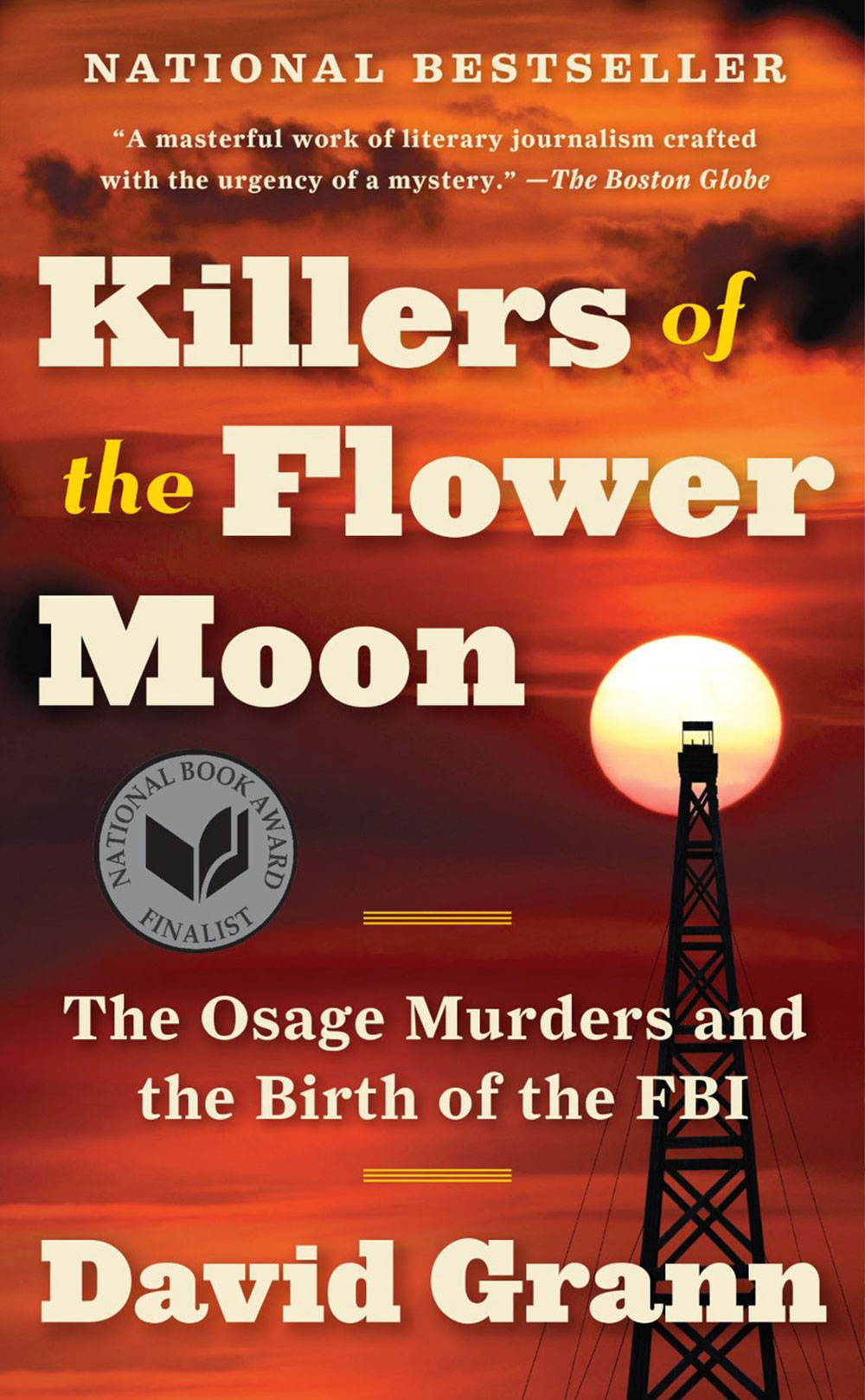 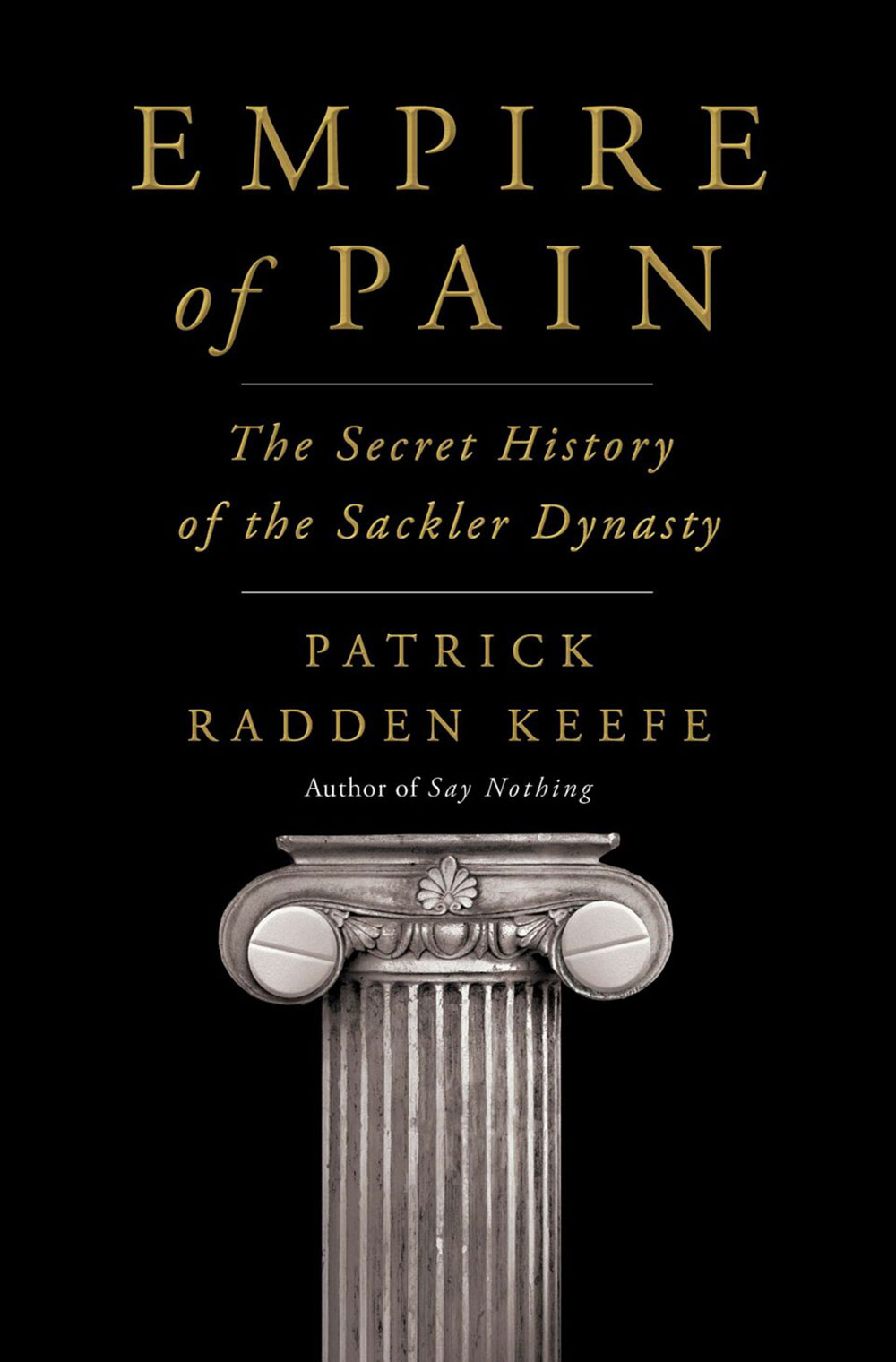 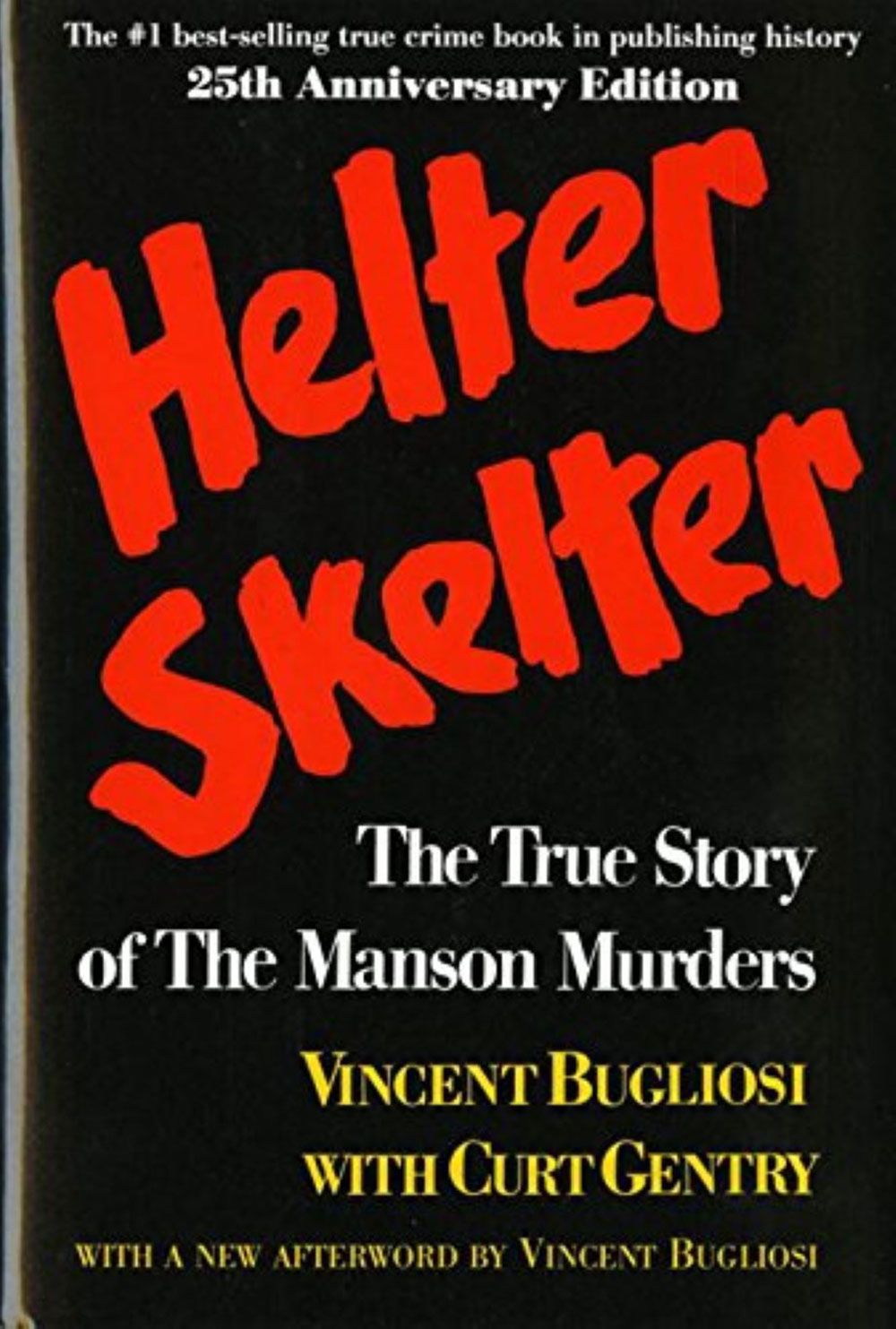 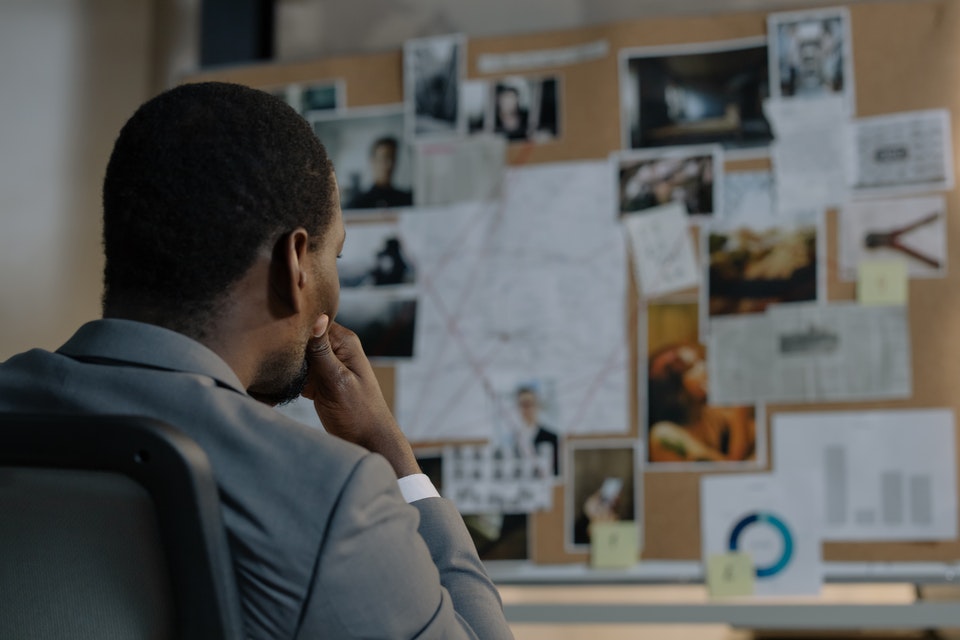 Are you dying to read up on some of the most riveting true crime cases? Then dive into any of these 10 true crime books for a killer time.

After several years of trending, true crime is here to stay!

Of course, it might be a guilty pleasure for many. But with so many mediums, and new angles, the love for true crime isn’t growing cold.

And for the diehard fans, true crime books are a great way to focus on a specific crime.

So, if you find yourself saying that the book is better than the movie, we have you covered. Check out this list of 10 true crime books you won’t be able to put down.

Do you want the best that true crime has to offer? Looking for a genuine thrill? Then add any of these true crime books to your reading list.

After a brutal robbery gone wrong, Truman Capote makes his way to Kansas to personally investigate the murders for himself. Along with the help of his friend, Harper Lee, Capote interviews local residents and studies the case for six years.

By the time Capote publishes In Cold Blood, the murderers have already been executed. And Capote’s seminal true crime book becomes a huge success.

Even after all these years, In Cold Blood remains the second best selling true crime book of all time. And it’s also one of the first non-fiction books to explore the true crime genre.

So, if you want to experience the dawn of the true crime craze, you have to read Truman Capote’s In Cold Blood.

2. I’ll Be Gone in the Dark: One Woman’s Obsessive Search for the Golden State Killer | Michelle McNamara

When hunting one of the most elusive serial killers of the century, it helps to have a top notch team. For Michelle McNamara, that investigative team not only consists of a detective on the case, but also an investigative journalist and a true crime podcast. Together, their efforts help solve the mystery of the Golden State Killer.

Sadly, before McNamara is able to finish her book on the Golden State Killer, she passes away. But in order to honor his late wife, Patton Oswalt works with true crime writers Billy Jensen, and Paul Haynes to finish his wife’s obsessive work.

For the title, McNamara chose part of a phrase the serial rapist and killer said to one of his victims – “you’ll be silent forever, and I’ll be gone in the dark.” Such terrifying words barely cover just how wicked the crimes are.

However, just two months after publishing I’ll Be Gone in the Dark, Joseph James DeAngelo is arrested for the crimes.

If you’re looking for one of the most gripping true crime books then I’ll Be Gone in the Dark is a must read.

In order to capture a serial killer you need to think like one. But when their crimes are so gruesome, how can an average person put themselves in the mind of a killer?

Today we associate the FBI with criminal profilers, but that wasn’t always the case. In fact, it took John E. Douglas getting personal with violent criminals to establish a standard for criminal profiling.

And in one of the best true crime books, readers learn how Douglas became one of the greatest criminal profilers ever. Mindhunter takes you on a journey as Douglas sits down for interviews with Charles Manson, David Berkowitz, Ed Kempur, and many more.

For anyone with an interest in criminology and the psychology behind serial killers, Mindhunter is a serious page turner.

While many true crime books focus on cases from the past, Robert Kolker’s Lost Girls feels more relevant than others. With a tantalizing, yet respectful narrative, Kolker sheds light on the illicit side of the internet. And the lives that have been lost at the hands of an unknown assailant.

During the winter of 2010, a horrific discovery near Gilgo Beach rocked the Long Island community. After finding four bodies all wrapped in burlap, and evenly spaced, police begin to search for a serial killer.

In the following months, investigators find even more remains in the area. Some of these remains are older than the four original bodies found in 2010.

With the case still unsolved, and few viable leads, Kolker’s book on the Long Island murders focuses on the victims. If you’re looking for a true crime book that will branch out from the beaten path, Lost Girls is well worth your time.

5. Catch and Kill: Lies, Spies, and a Conspiracy to Protect Predators | Ronan Farrow

While attempting to investigate a Hollywood rumor, Ronan Farrow uncovers a dangerous truth – one of Hollywood’s elite is a sexual predator.

For years, this knowledge made its way through the rumor mill. But little is said or done on a public level until Farrow undergoes his own investigation.

Once Farrow begins his descent into the dark underbelly of the rich and famous, he finds that he’s in over his dead.

Although reporting on true events, Catch and Kill reads less like other true crime books, and more like a thriller. Because Farrow’s investigation is consistently threatened by outside forces. From lawyers, to nameless operatives that both threaten him and his family.

Farrow undercovers a criminal conspiracy that goes far beyond Hollywood. If you’d like to read more about the true story that sparked the #metoo movement, then pick up a copy of Catch and Kill. It’s perfect for fans of true crime and thrillers.

Sara Gay Forden‘s House of Gucci outlines the toxic family relationships and drama that encapsulates the Gucci household before Maurizio’s murder. Along with giving details on his murder, and his wife’s trial.

During the 90s, the Gucci fashion empire began to crumble. After what some consider a hostile takeover of the company, Maurizio Gucci’s poor management leads to deadly circumstances–speaking both for the company and Maurizio.

In 1995 while walking into his office, Maurizio Gucci was shot to death. For a couple years, the investigation grew cold. Until Maurizio’s ex wife, Patrizia Reggiani is convicted for his murder.

With the 2021 release of the House of Gucci feature film, this is a must read for anyone that loves fashion. Or true crime books.

7. Murder in the Bayou: Who Killer the Women Known as the Jeff Davis 8? | Ethan Brown

Pick up a copy of Ethan Brown‘s Murder in the Bayou and read up on the unsolved murders in small town Louisiana.

All too often, victims of violent crimes go without proper media coverage, or extensive investigations. And that’s partly due to how society views these victims.

Are they newsworthy? Will society relate to their stories? Or are they part of a world most people prefer to ignore?

However, when bodies begin showing up in Jefferson Davis Parish, the small community bands together to find justice for the victims, regardless of their personal history.

Unfortunately, due to the seedy lifestyle of the victims, and their acquaintances, the investigation turns up with dead end leads.

But thanks to more recent media coverage, documentaries, and the book Murder in the Bayou, residents remain hopeful.

8. Killers of the Flower Moon: The Osage Murders, and the Birth of the FBI | David Grann

After oil is found on land belonging to the Osage people, tragedy ensues in David Gram‘s bestselling true crime book.

After more and more Osage people die, the fledgling FBI took it upon themselves to investigate the murders. And a growing belief that a conspiracy is afoot takes hold.

Thanks in part to the FBI’s investigation, a culprit is eventually named – William Hale. Once, William Hale was a cattleman. Now, he’s the mastermind behind a murder conspiracy.

Today, it’s unknown exactly how many lives were lost because of greed. And the generational pain is insurmountable. But you can read up on the case in Killers of the Flower Moon.

9. Empire of Pain: The Secret History of the Sackler Dynasty | Patrick Radden Keefe

In one of the best true crime books, Empire of Pain, Patrick Radden Keefe outlines the Sackler’s villainous family history. Ultimately, airing out family secrets they thought would remain under wraps.

Oftentimes, when you visit the doctor you’re in a vulnerable state. And you expect that your doctor will want what’s best for their patients. But what happens when money, corruption, and greed take hold?

For the Sackler family, medicine is a way of life, as well as their livelihood. After creating a fortune off of Valium, they push for a new drug to reign – OxyContin.

First the Sackler family minimizes the dangers of the drugs. Then they capitalize on the highly addictive, and deadly drugs they create.

By far one of the most sensational murder cases of the century is the Tate-LaBianca case. And the man responsible, Charles Manson, never lifts a finger. So how does Manson hold so much power?

Today, the Manson Family Murders are known across the world. With the horrific nature of the crime, the well known victims, and the circus-like trial, this case lives on in infamy.

And Manson somehow kept his influence on vulnerable minds. Even from his prison cell.

Helter Skelter offers an in depth account of the cult leader. And the infamous crimes committed at his bidding. It’s no mystery why Helter Skelter is the best selling true crime book.

So, see for yourself and put it on your “to read” list.

Why We Can’t Put True Crime Books Down

Even those of us that don’t enjoy nonfiction can find ourselves unable to escape the intrigue of a true crime documentary or book. Because the truth is, reality is stranger than fiction. And true crime is laden with bizarre, and morbid experiences.

If there’s ever been a genre that consistently produces page turners, it’s true crime.

And we may already know the outcome of a case. Or feel as though we’ve heard all the gory details of a serial killer‘s macabre work. But when we dive into a well researched book on the subject, it’s like we’re experiencing it for the first time. Or at least from a new perspective.

Whether you’re a literary buff or a true crime connoisseur, you’ll find that true crime books will be difficult to put down.

And odds are, when you finish a book on a specific case, there’s a documentary, or podcast to take you deeper down the rabbit hole.

If you love true crime books, what are your favorite books? Do any of these books cover your favorite case? Let us know in the comments below.