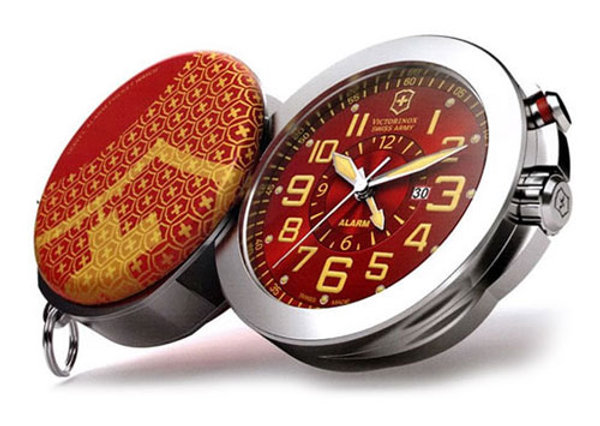 This year, Swiss Army celebrates its 125th anniversary– with the release of this special Victorinox Travel Alarm 1884 Limited Edition.  This travel alarm clock features a texture of Swiss Army logos on its cover, beneath which a ruby red analog clock keeps time in your sleeping hours.  The good people over at PorHomme spotted this one, with a bit more information on the build. [$550 swiss army via porhomme]