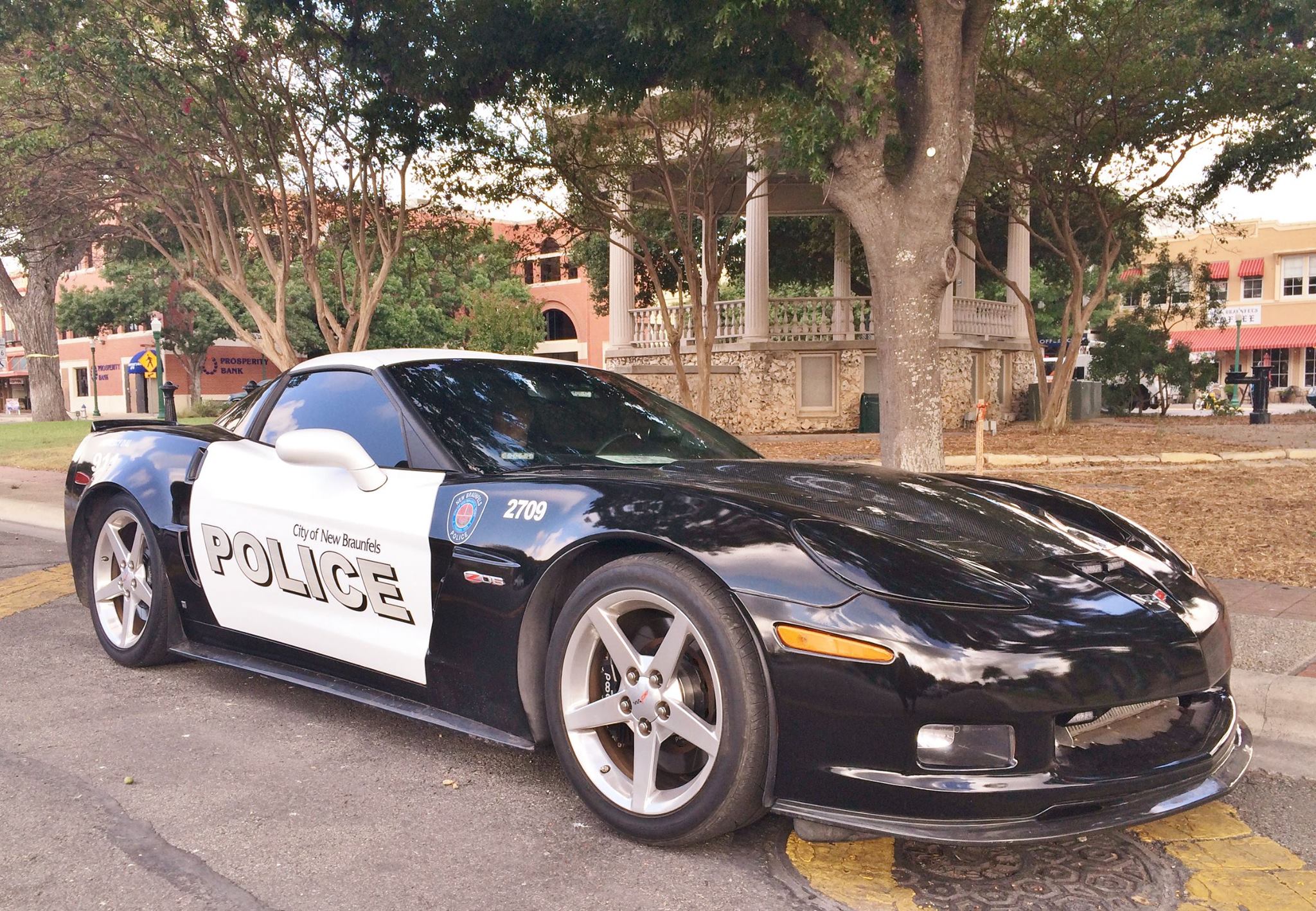 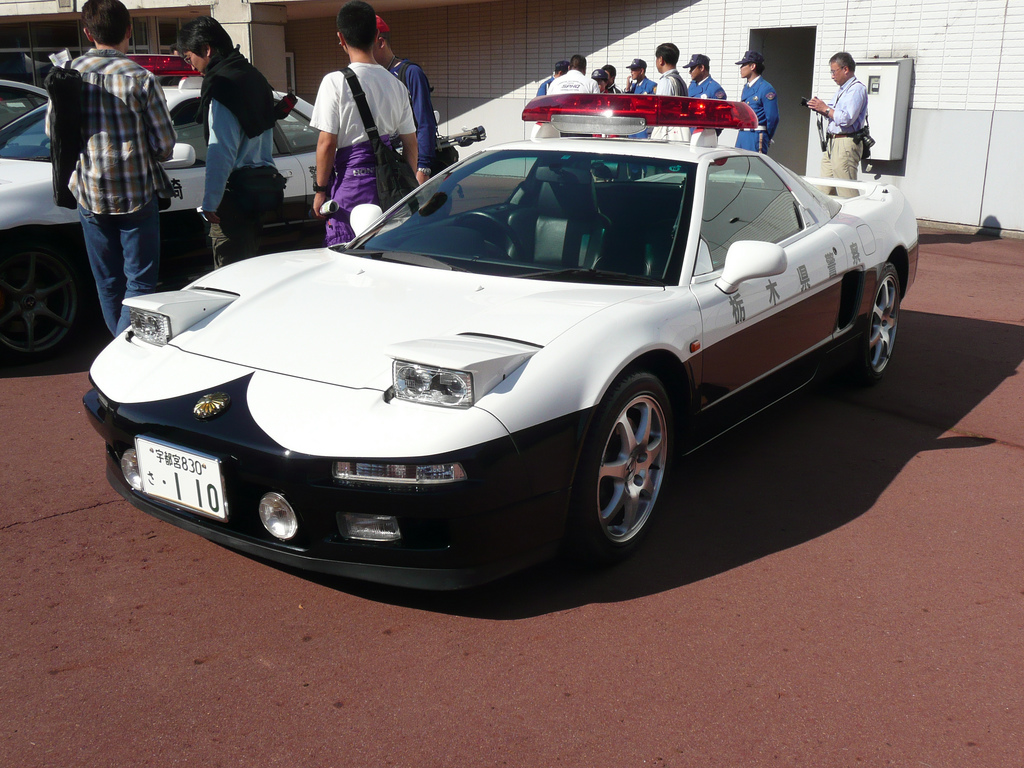 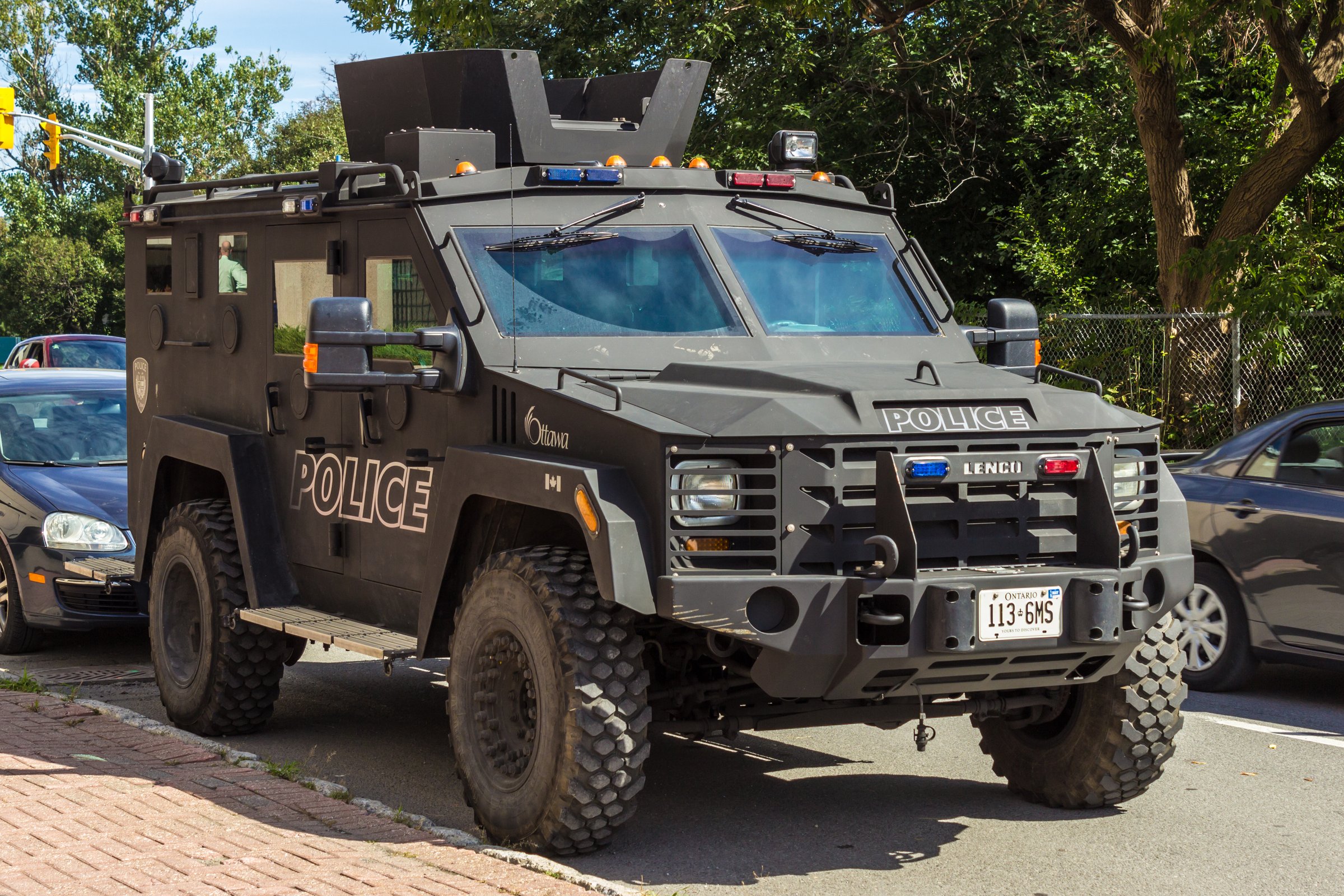 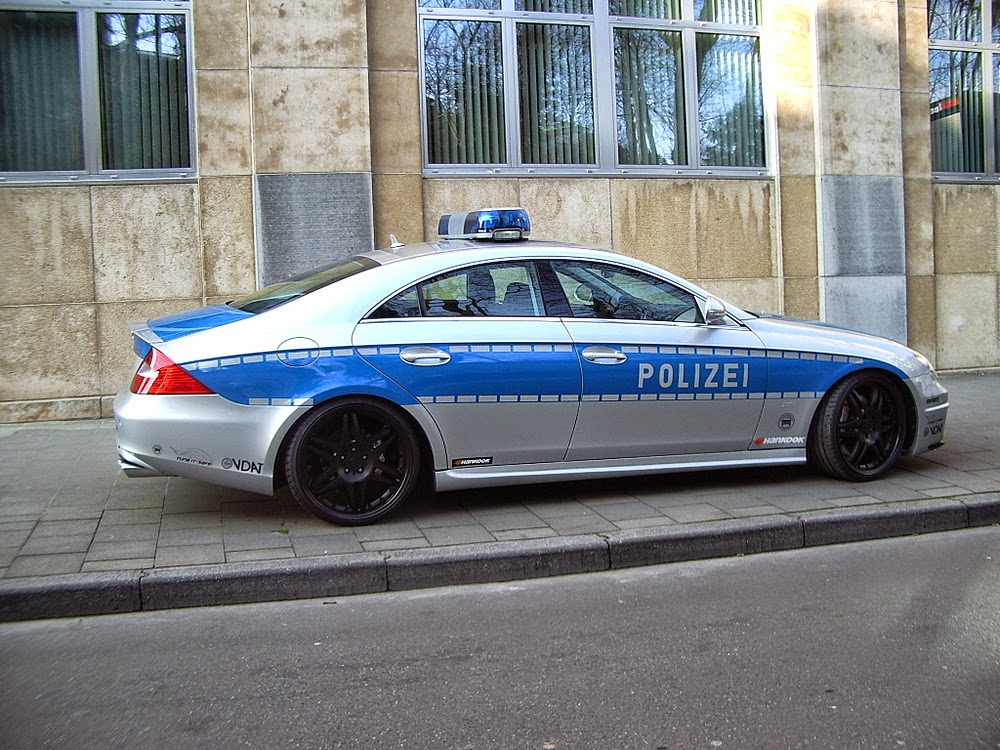 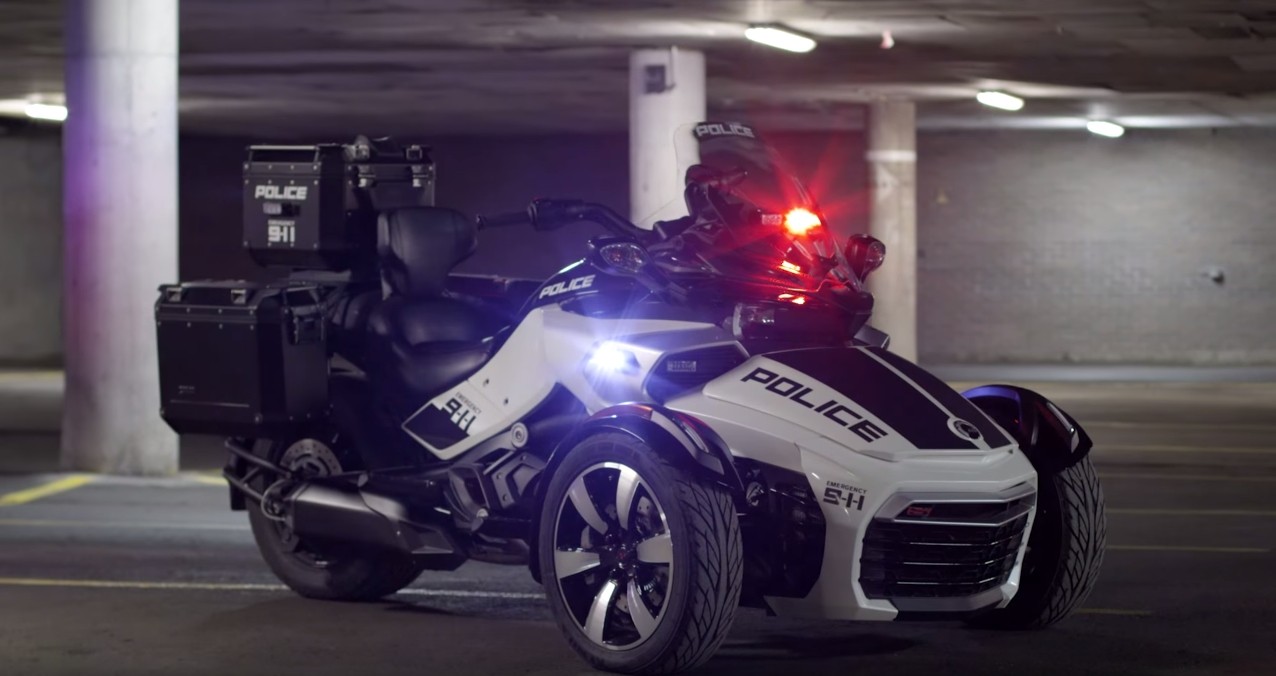 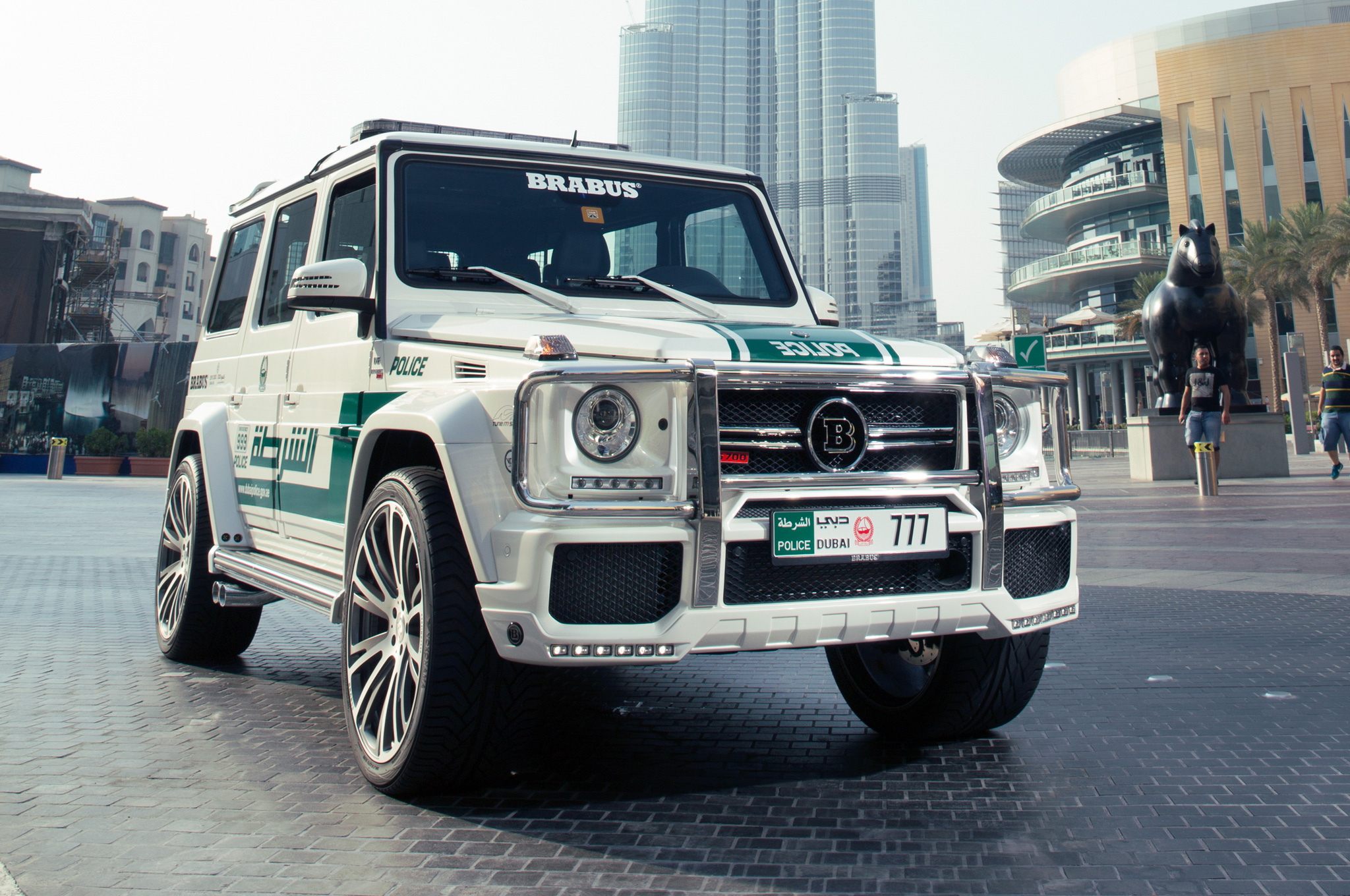 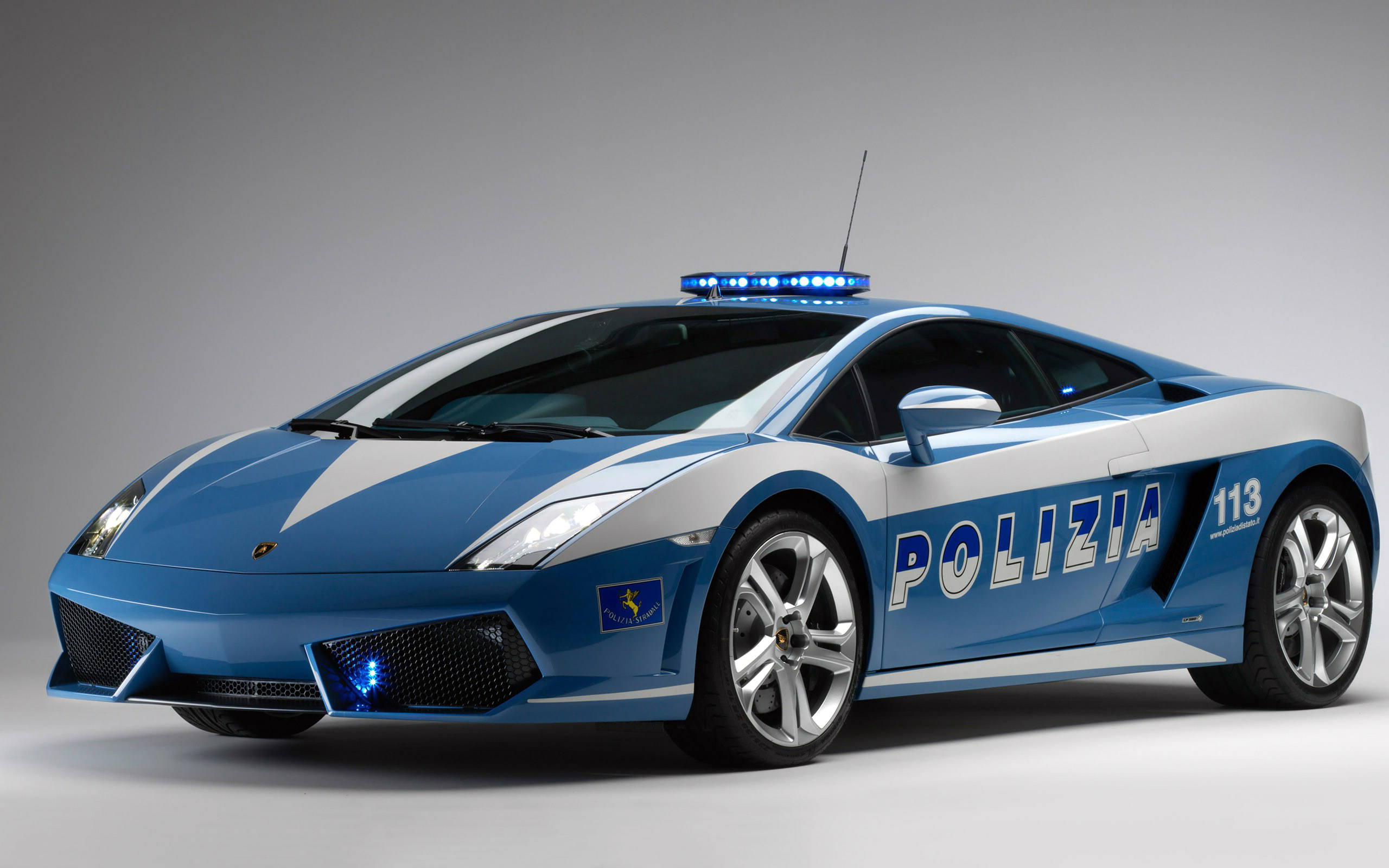 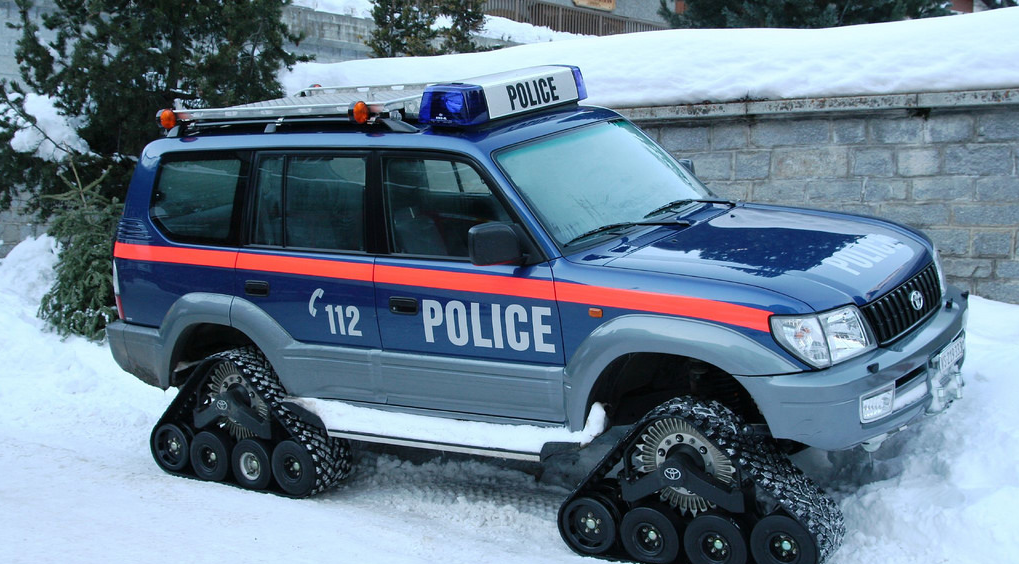 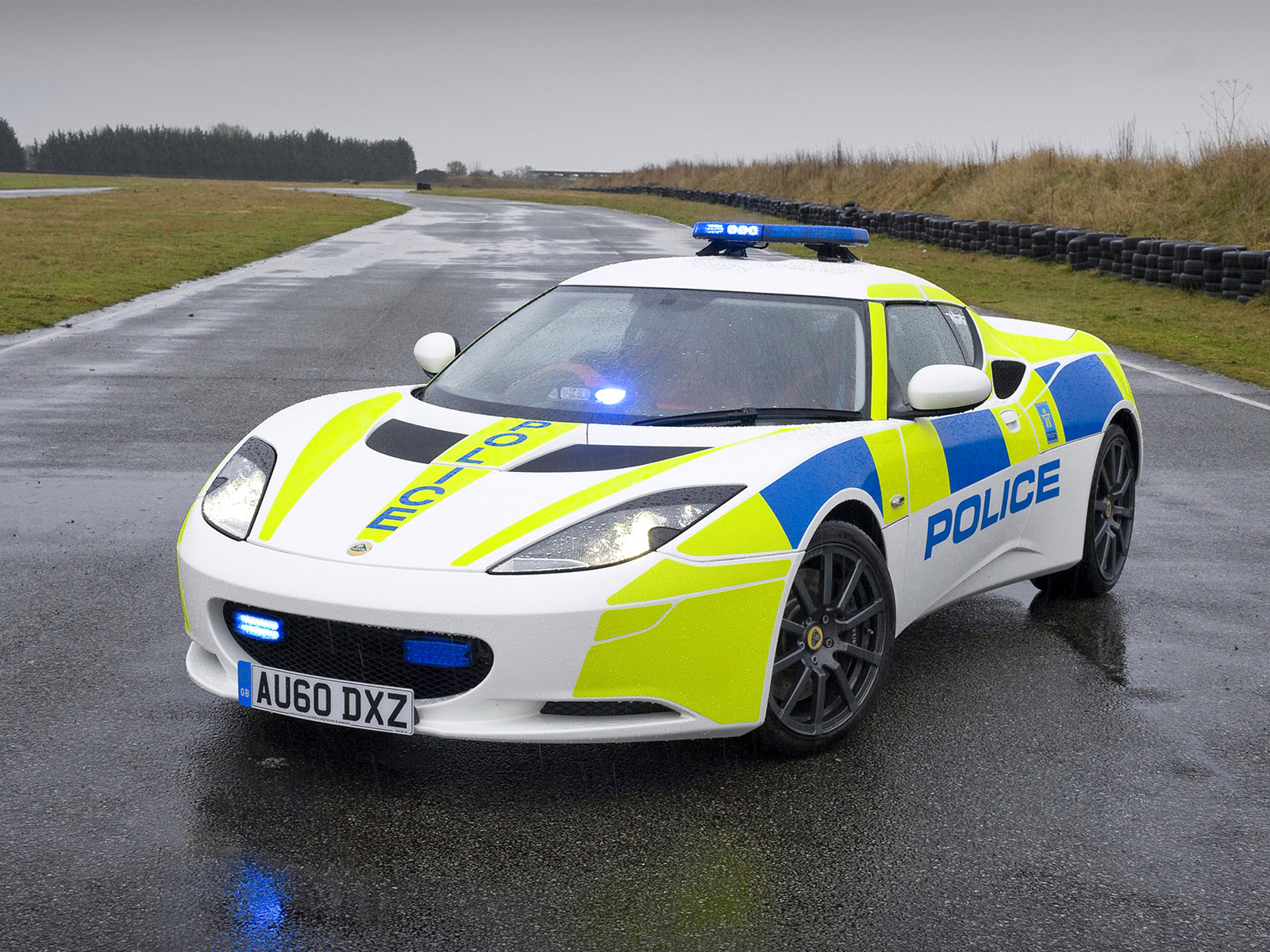 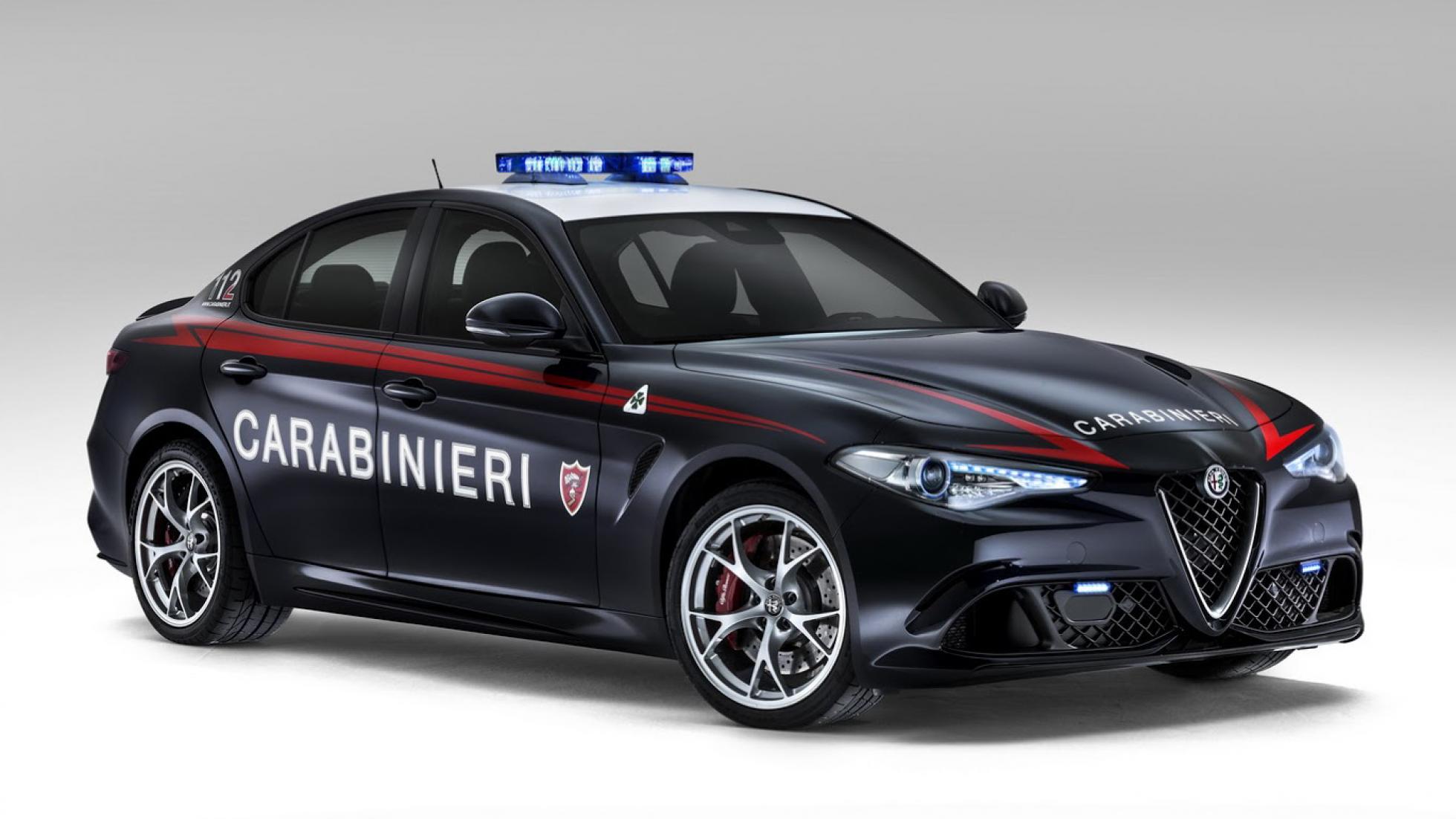 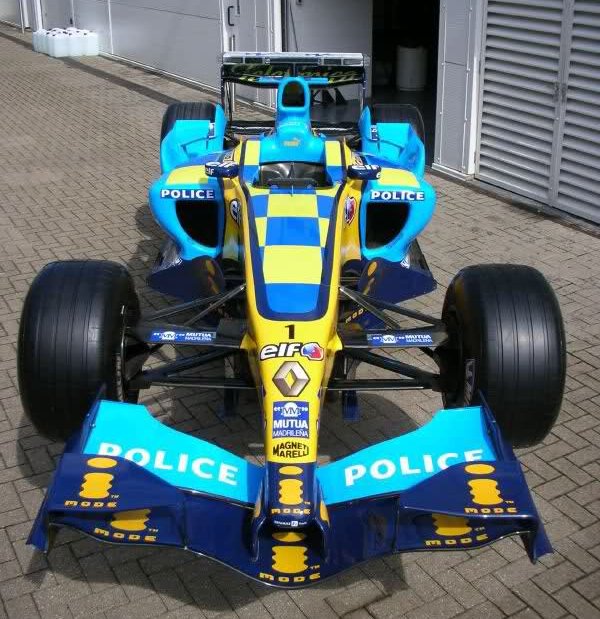 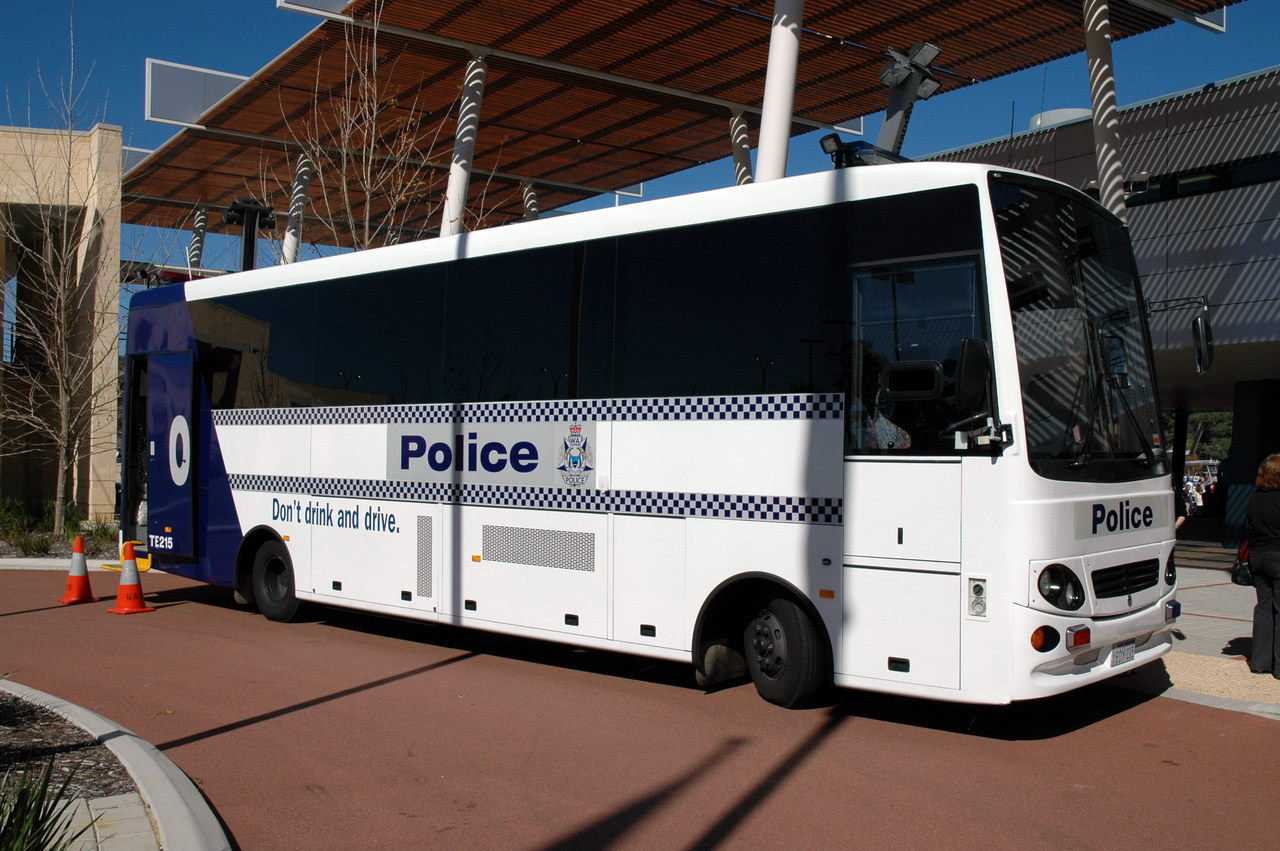 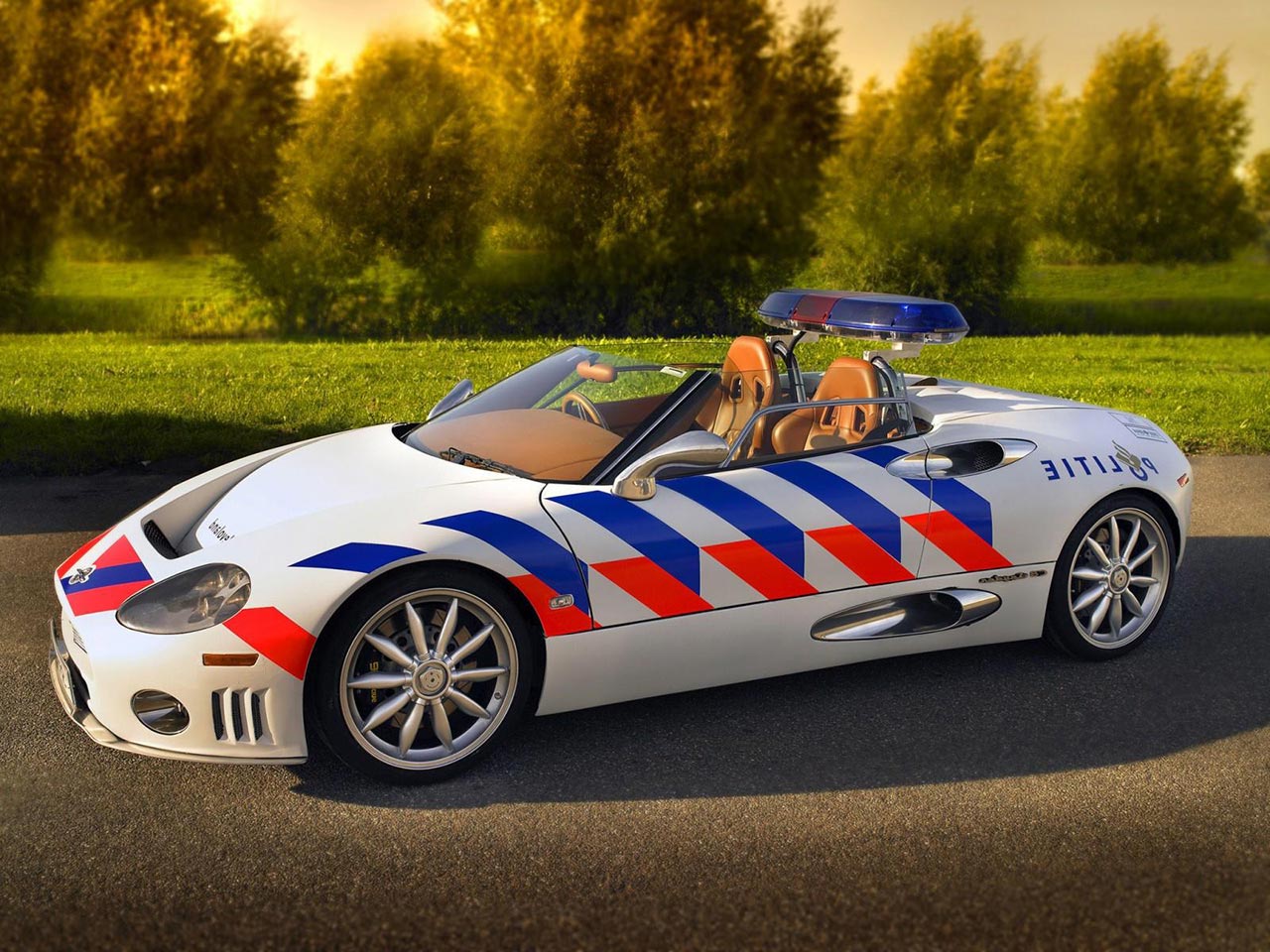 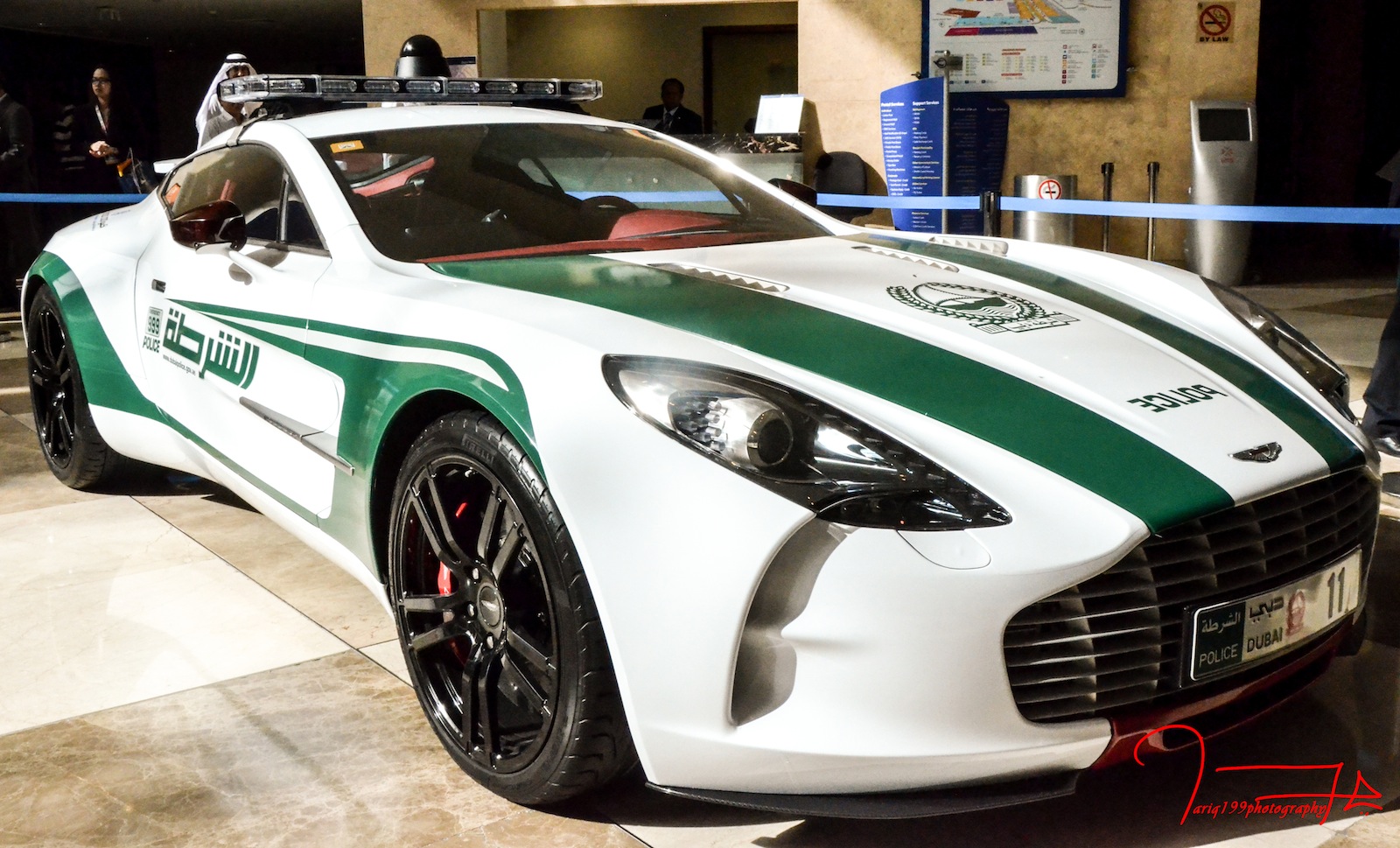 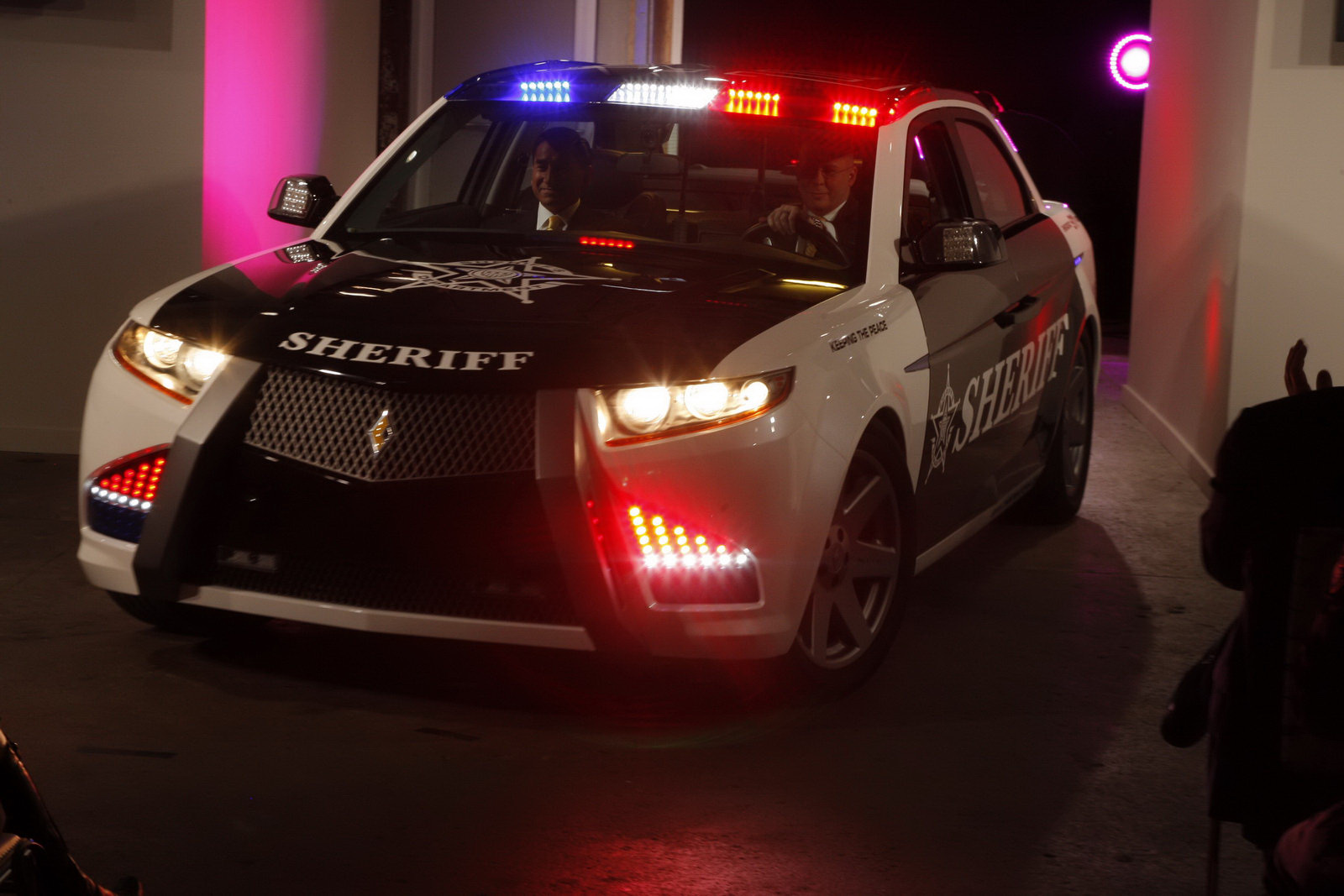 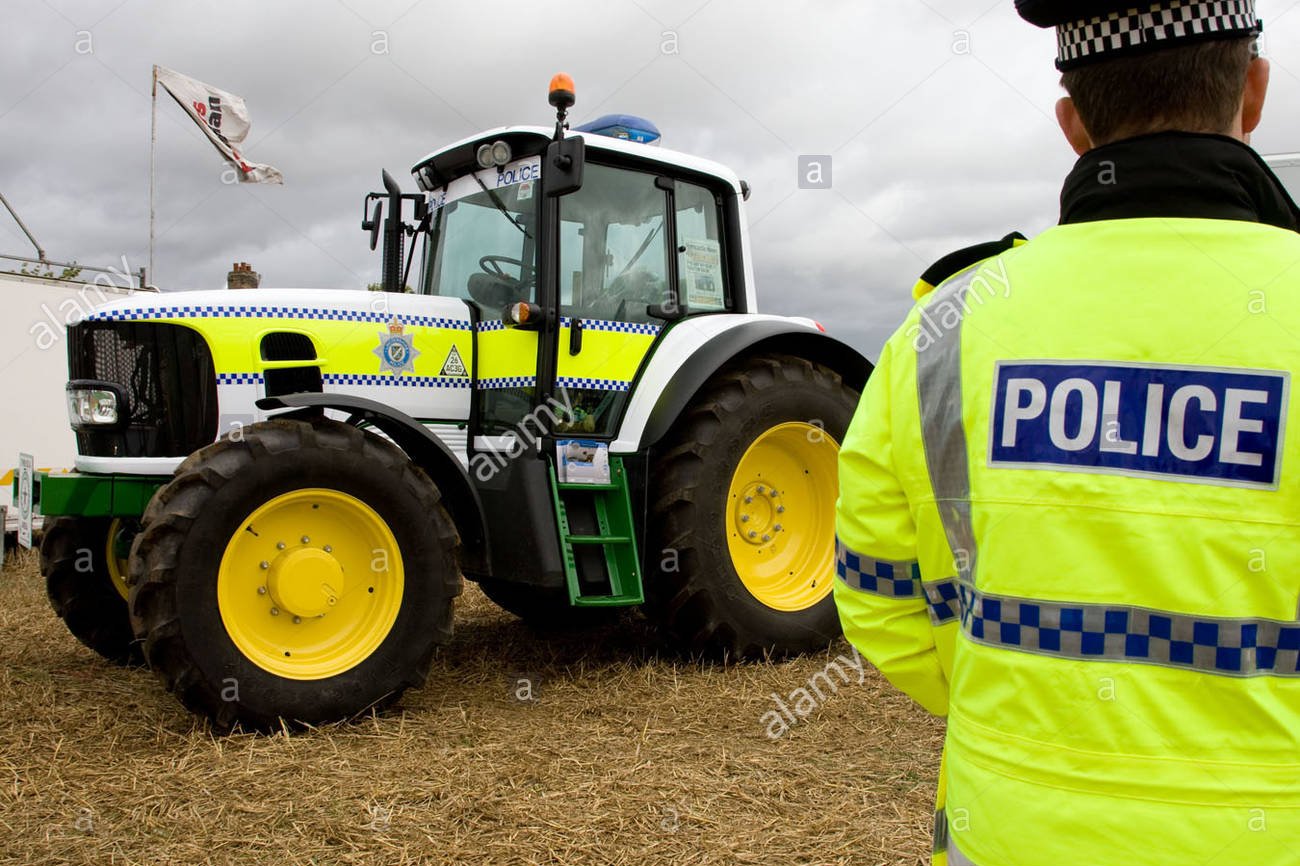 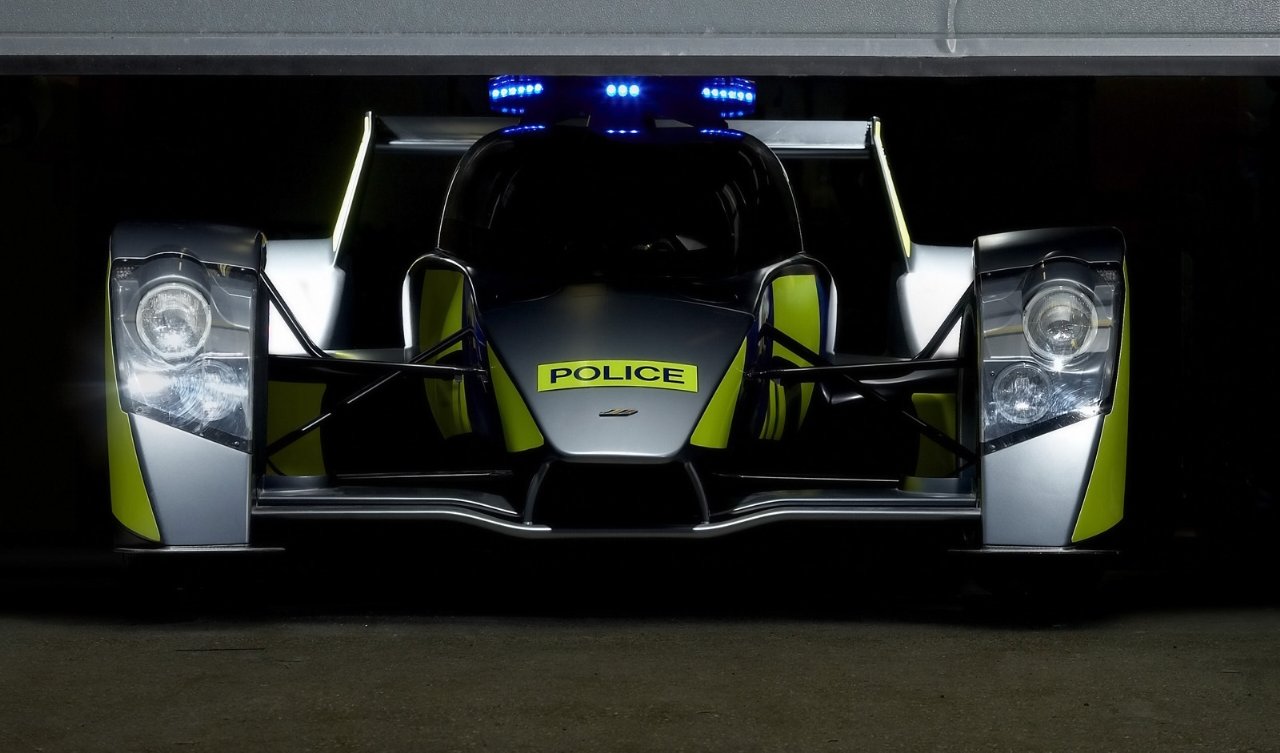 Though most peace officers are stuck driving around in a Crown Vic, or whatever squad car happens to be assigned to them, there’s a few lucky souls who get to hop into a piece of serious hardware. Souped up sport coupes, road-ready tanks, and military-grade muscle cars are just a few of the high-performance options that are available to some of the best-funded cop shops around the world. Meant for stopping the most serious criminals at the highest rates of speed, we tracked down the most remarkable automobiles used by those who protect and serve.

Feast your eyes on the 18 wildest police cars that the men and women in blue use to stop crime in its tracks.

A powerful pursuit vehicle in the UK, you can forget about 0 to 60. This can move from a dead stop to 100 miles-per-hour in a flat 5 seconds thanks to the 500 horsepower engine. Tipping the scales at just about a thousand pounds, depending on how it’s outfitted, you won’t outrun it.

Going in the complete opposite direction from the T1 is the Police Tractor from John Deere; for chasing down crop circles wherever the corn is as high as an elephant’s eye. Souped up and tricked out to deal with rural landscapes, the top is a bulletproof cage, and the bottom can push out a surprising amount of speed.

A new company with a new vision, Carbon Motors might be a fresh face, but they’re backed with love and packed with power courtesy of BMW. Elbowing its way to become the new standard for police cars everywhere, this stylish sci-fi attack/pursuit/surveil sedan includes loads of options for adding weapon and accessory upgrades; though it hardly needs them.

The Dubai police tend to get all the incredible supercars, but we like the FF because it isn’t just another ground-hugging speedster. It has a body more like a sport wagon, and actually is a four-seater for hauling in crooks to booking, or 12 cylinder ride-alongs.

A limited run car made entirely out of carbon fiber to keep weight in the very basement, the One-77 has a 220-mph top speed that belies the grand touring history of the brand. At a million-five before it’s suited up for fire fights and hot pursuits, woe unto the officer who wrecks it.

It’s hard to resist a rare exotic like the C8. Made for the Netherlands police who need to rock out with the top down, the compact body is good for handling the wends and winds of the road, hugging curves, or just running flat out.

Despite the name, the Australian Booze Bus is not fun in the slightest. Instead it is a rolling laboratory and command center that can be parked anywhere a mobile police station needs to be, or at checkpoints where it is meant for rounding up drunk drivers after a serious footy match.

While we’d happily give our eye teeth just to drive this beauty, we’re not really sure why the constrained and clogged streets of London require it. It’s a single-seater Formula car that can run down anything out there, but it lacks the armor to hit anything, and doesn’t even have a place to put a suspect.

Exclusively made for the Carabinieri branch of the Italian police – the men and women who handle the hard cases in the country where organized crime was born – the Giulia hops off the line up to 62mph in less than 4 seconds and can bury the needle at 191mph, meaning you won’t run far.

Formerly of the Carabinieri before being replaced with the local Giulia, there’s still plenty of Evoras on the road in the UK to combat drunk driving, and help the police around the world deliver organs, thanks to the 162mph top speed and specialized refrigeration compartments.

From the shores of the EU to the snowy Canadian wilderness, the Snow Trax is another deviation from the low-riding roadsters to something meant for catching criminals who try to hole up where they hope the snow will stop the law.

Though the prototype didn’t survive long on the actual streets, thanks to the heavy foot of the patrolman behind the wheel, the Gallardo is still a wonderful bit of kit that is mostly kept on hand for patrolling some of the faster Italian roads or saving lives by carrying organs around.

The best of both worlds, the G63 AMG is an off-roader meant for crossing the sand wastes in pursuit of justice, but the 5.5-liter, twin-turbocharged V8 isn’t just for joyriding. It gets to 62 in less than 5 seconds and won’t slow down until the 700 ponies under the hood hit about 150.

An inline 3-banger oddity, the Spyder carries a Rotax 1330 ACE engine that gives it more pickup than your average motorcycle, and improves on storage space for law officers who need to take more than a pair of saddlebags. It also adds stability for high-speed chases.

Plain as porridge on the outside, the Rocket doesn’t have the same flash as a Lambo or a Formula runner, but it does have a V12 with a top speed of 225, as well as loads of legroom and respectable storage space.

Just because you’ve seen this old SWAT standby, that doesn’t make it any less hard-core. Armored back to front with plenty of seating for the whole gun-toting, flak-jacket-wearing family, when it comes to ramming power, control, and protection, there’s little else that will do the job.

Donated by Honda to the forces in Japan, the NSX is mostly an exhibition piece meant to flash its lights and look sassy, but when it does patrol, the tight handling and superior suspension make it pure hell on the tightly woven streets of Tokyo. Drift racers beware.

While Europe gets most of the nifty toys, this Z06 – nicknamed Coptimus Prime – is right out of the home of the motor city, Michigan, is an American original. A little longer in the tooth, it’s still a menacing figure to see in your rearview, with more than enough HP to handle any dragster trying to live a quarter-mile at a time.