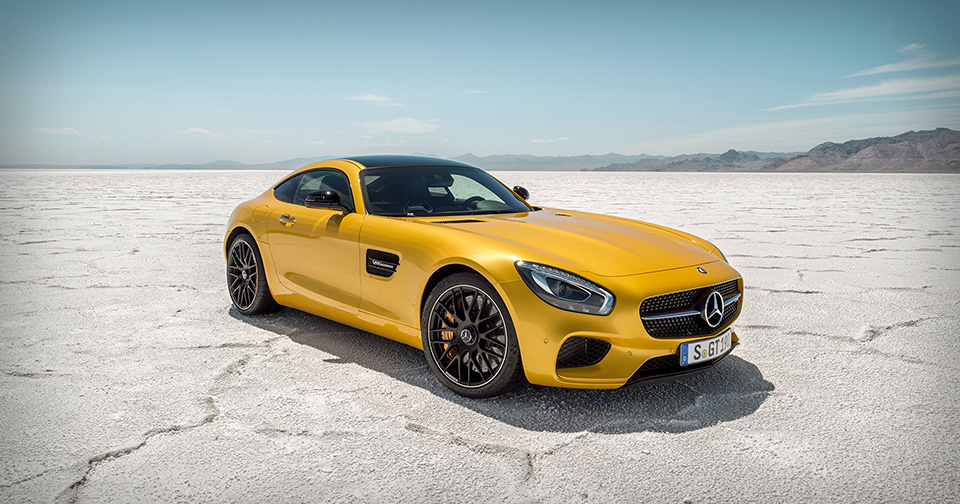 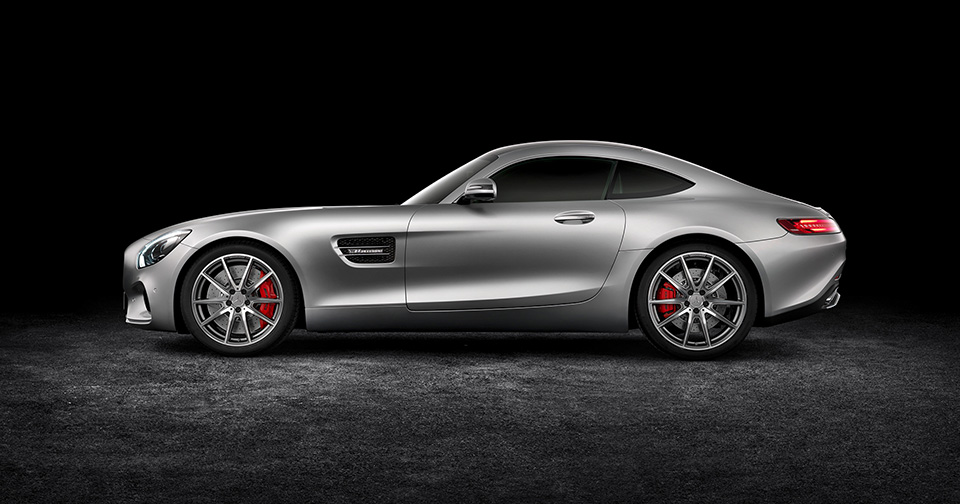 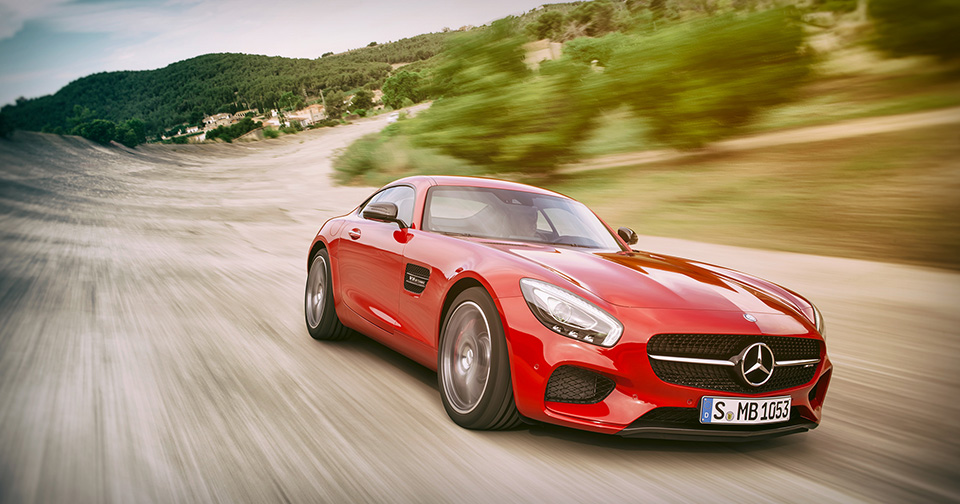 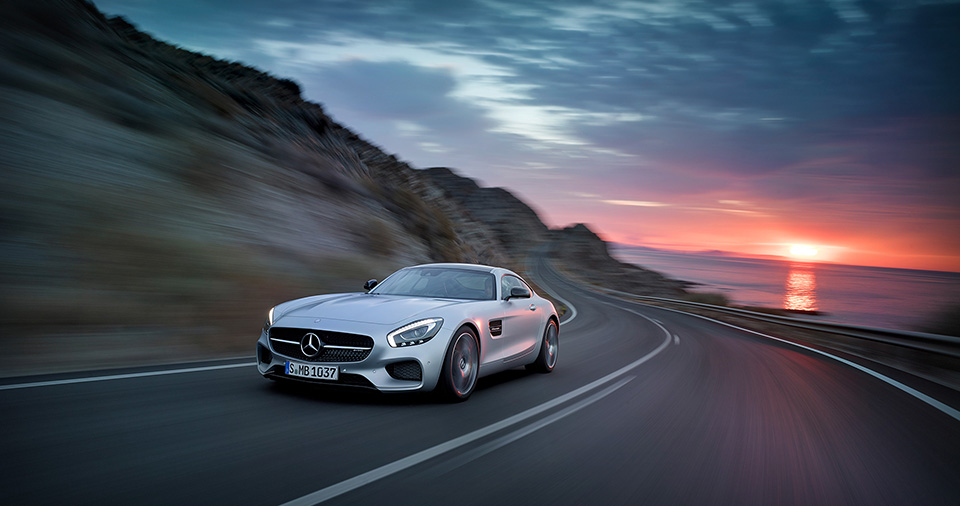 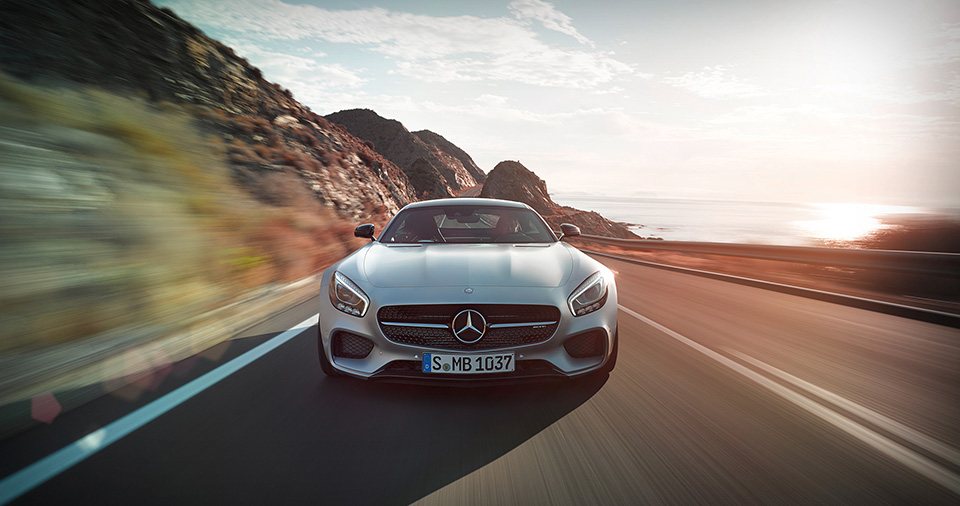 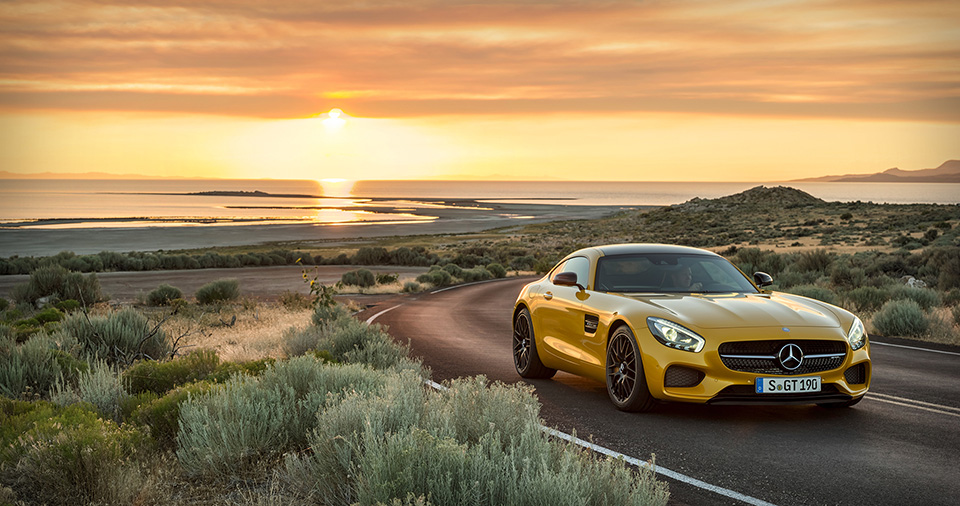 Mercedes has revealed its new leader of the pack, the 2016 Mercedes AMG GT. It now carries the flagship torch, taking over for the SLS-AMG which the new GT officially retires. It’s as fast and sexy as one would expect, but it is aiming to be more accessible than the AMG performance vehicles of the past. Unlike its quarter-of-a-million predecessor, the price tag on the 2016 Mercedes AMG GT will clock in at around $120k. This brings lofty, aspirational AMG driving to a much bigger audience.

Despite its dramatically lower price, the 2016 Mercedes-AMG GT shouldn’t be seen as a discount driver. It’s a continuation of the AMG-class power, but the price just happened to be the spec that Mercedes worked the hardest on. It’ll be available in two trims, and both will be powered by a 4.0-liter, twin-turbocharged V8. The top-of-the-line AMG GT S pushes 503 horses out of that powerhouse, capable of 0-60 acceleration in 3.7 seconds and a top speed of 193. It’s a hair away from the 200mph guideline for genuine “supercar” territory, but given the price, it’s easy to ignore those 7 little integers.

After the price, the most remarkable part about the new AMG is the design. Mercedes has long stuck to sharp lines, elongated forms and very subtle curves. The 2016 Mercedes-AMG GT features the familiar front-end with a big scoop and a three-pointed star, but behind the front set of wheels, this is a very new direction for Merc. There are curves– big, swooping curves that run from the windshield to the back of the rear tire. Scroll down to the silver-on-black image below, and hold your hand over the front end. You might see a little brand ambiguity there. While some might criticize these design elements as looking a bit too much like a Porsche with the rear end of a Jaguar, I don’t think this is a bad thing. Curves like these are are a welcome sight in my eyes, and I personally see this as a milestone that won’t seem like much now, but could have a great impact on design direction for future AMG vehicles. They’re not bound to sharp, straight and elongated anymore. They’re free to get a little emotional with their design, and I can certainly feel that in this vehicle.

Stay tuned for more on the newest AMG GT from Mercedes. It’ll be available next year, starting at around $120k, and that’s great news for a new set of drivers that can afford an AMG… and bad news for any competing manufacturer in that price range. 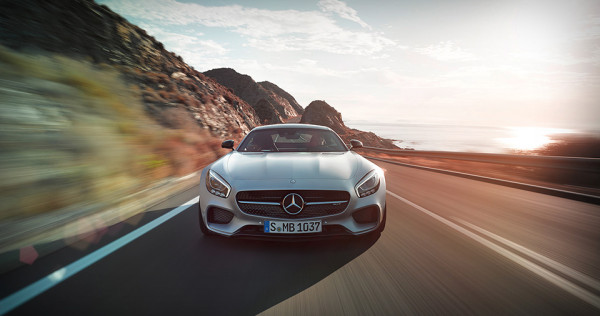 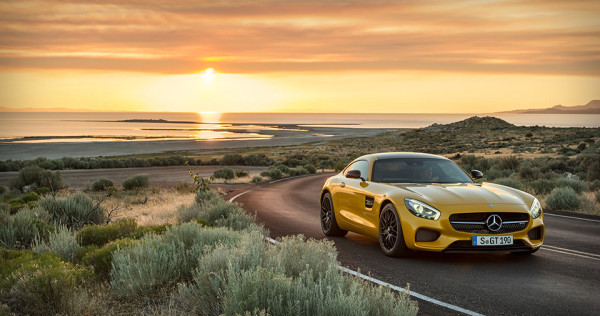 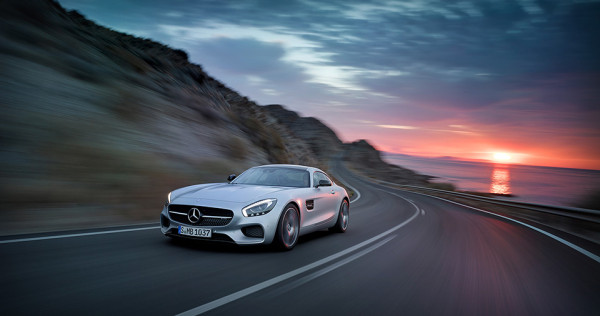 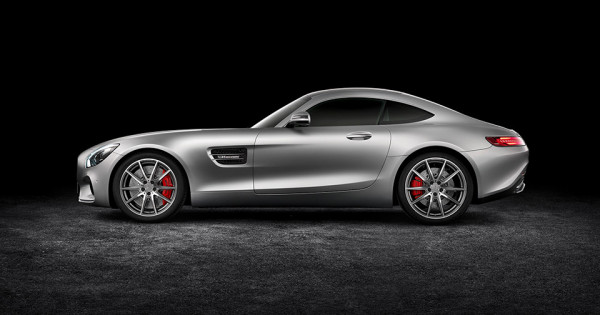