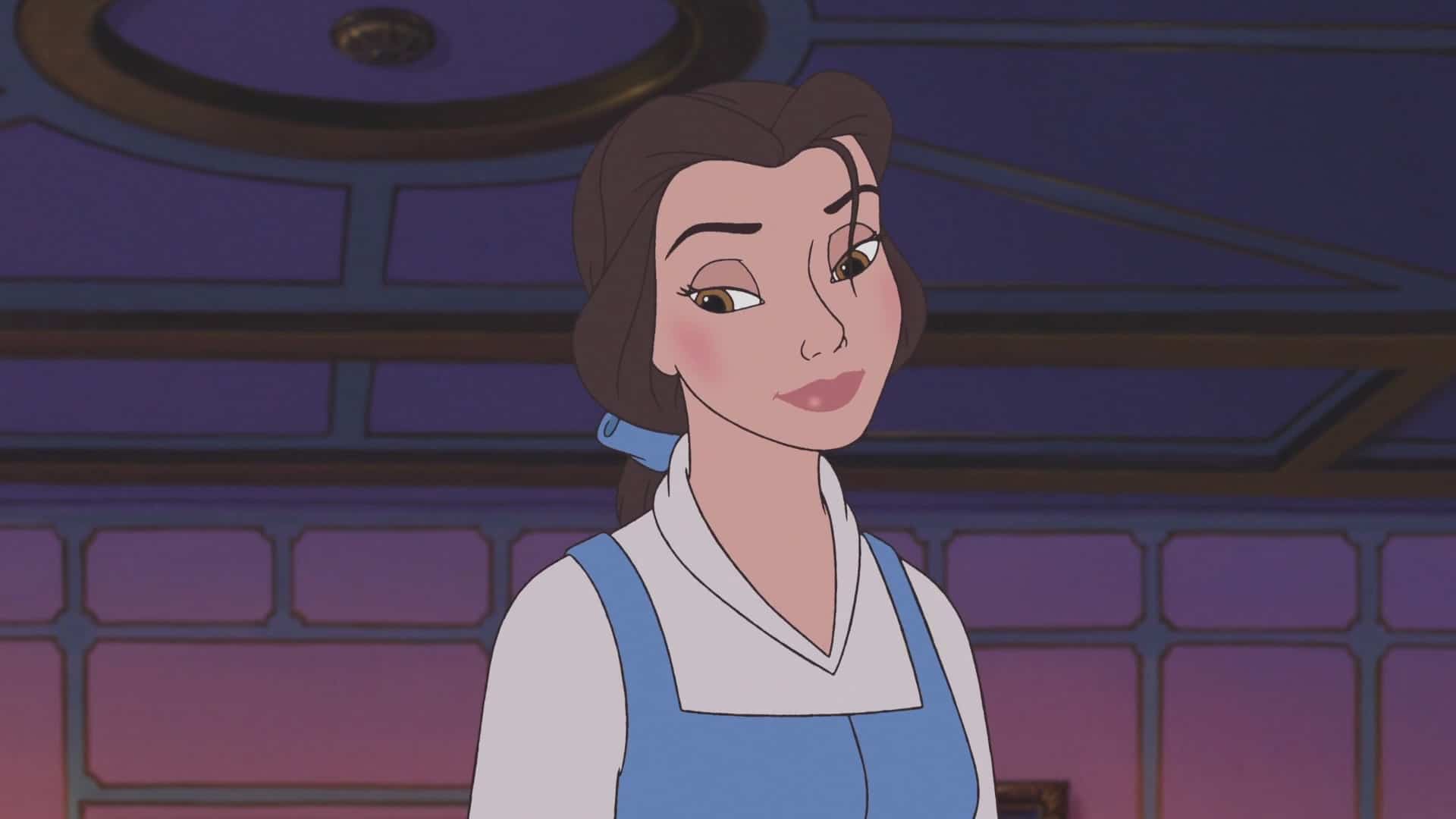 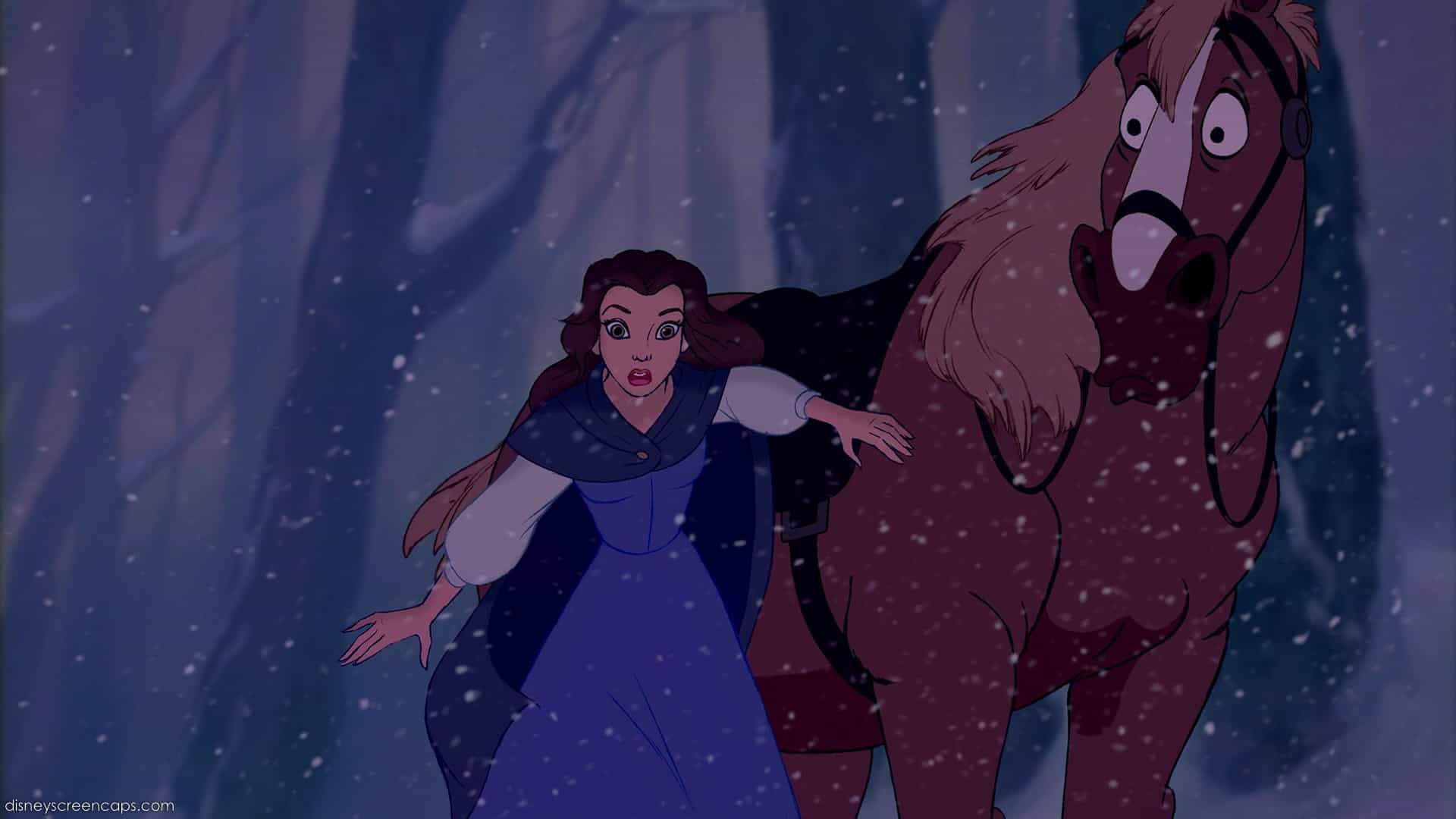 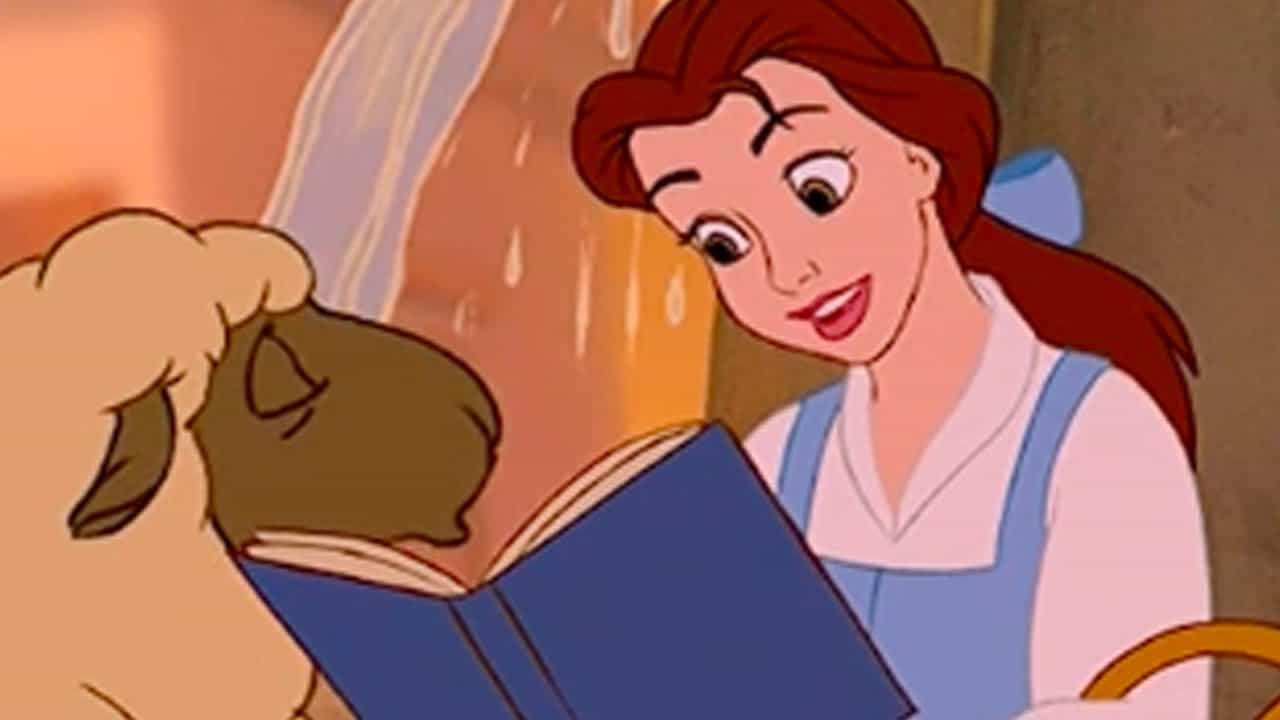 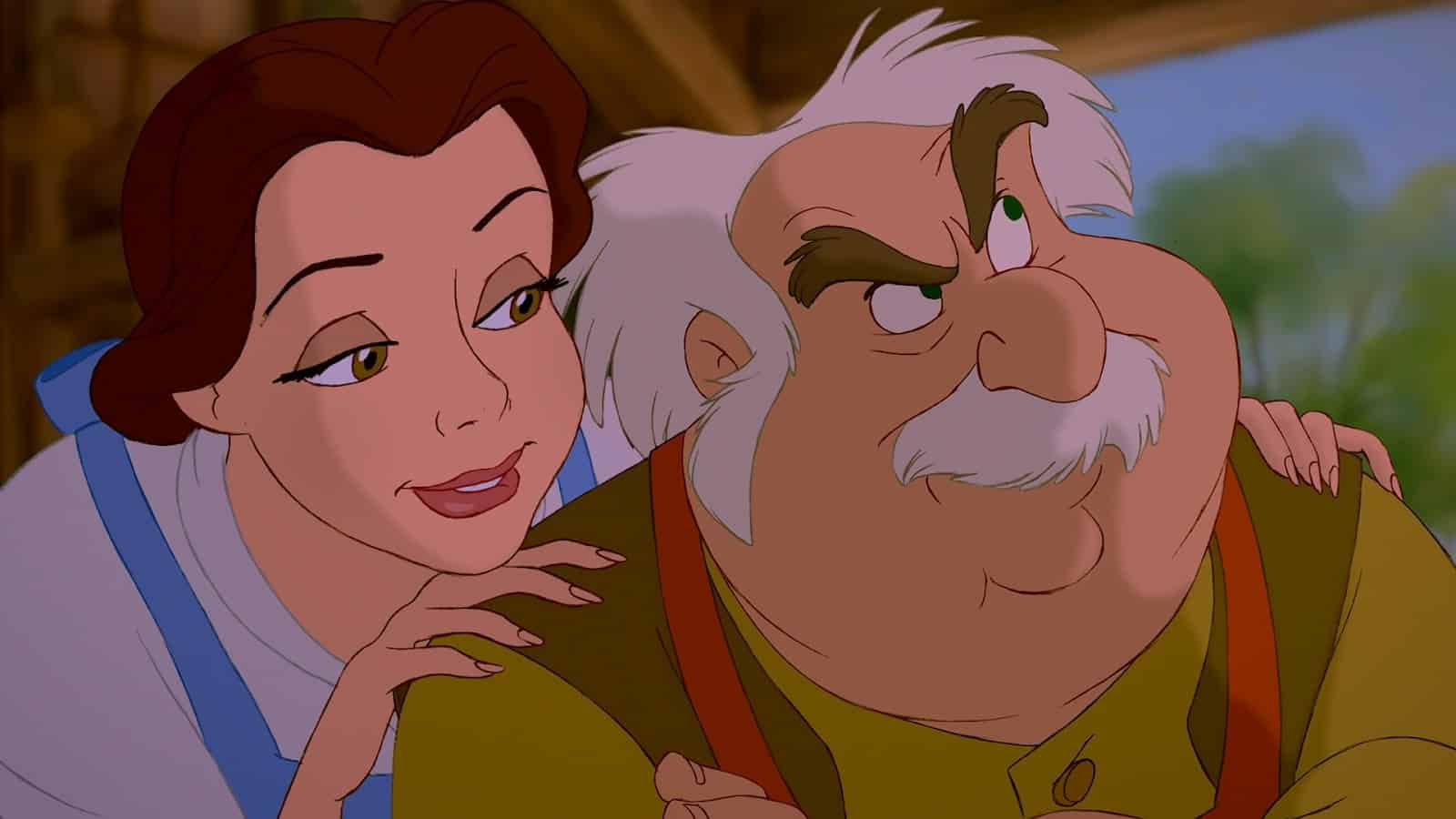 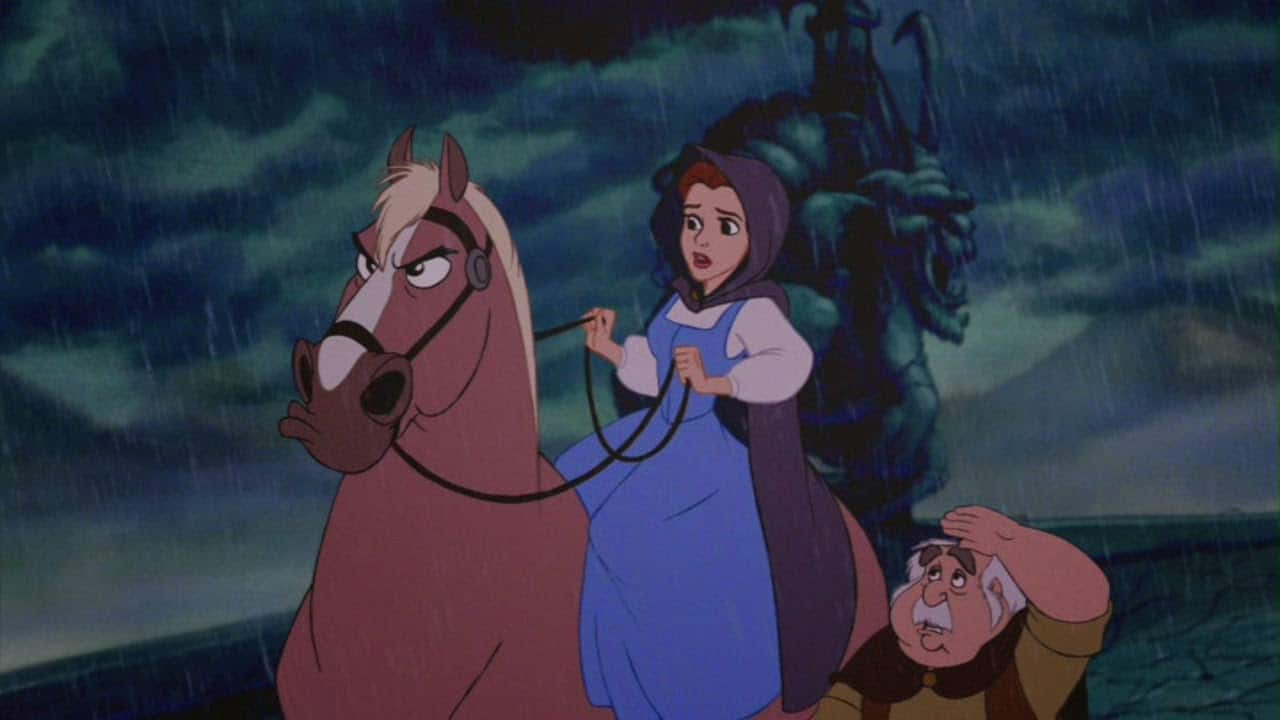 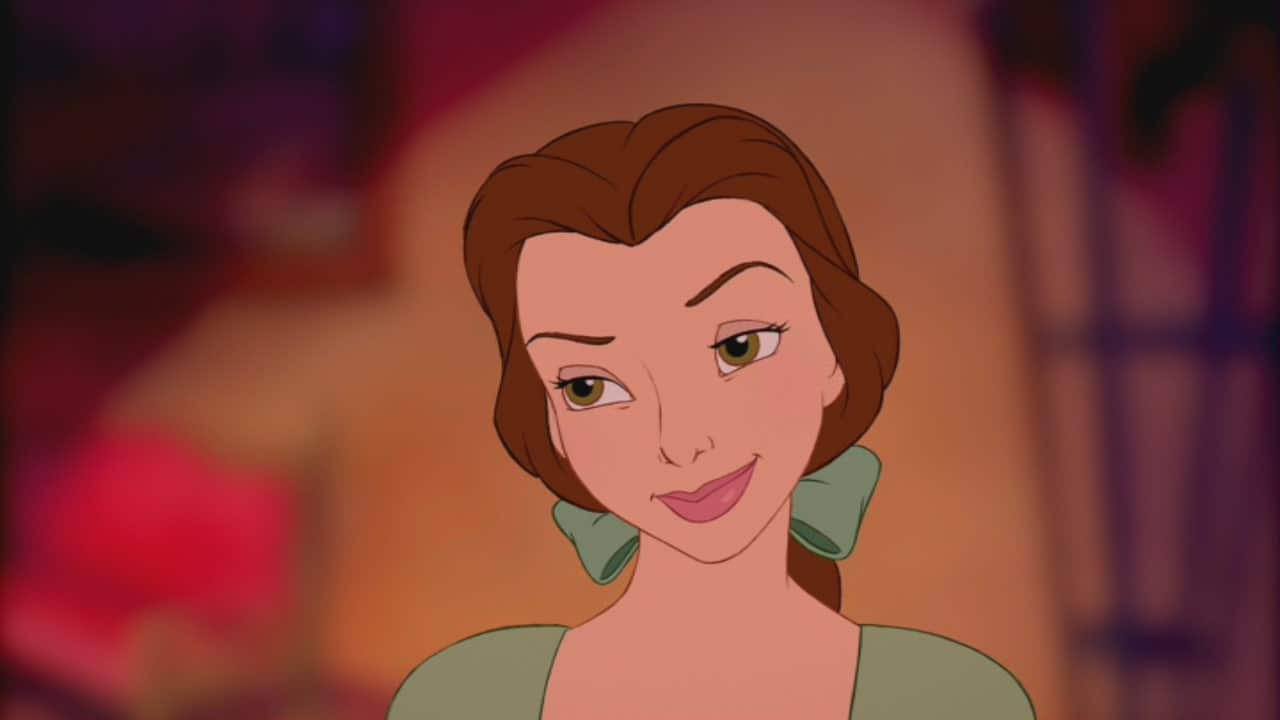 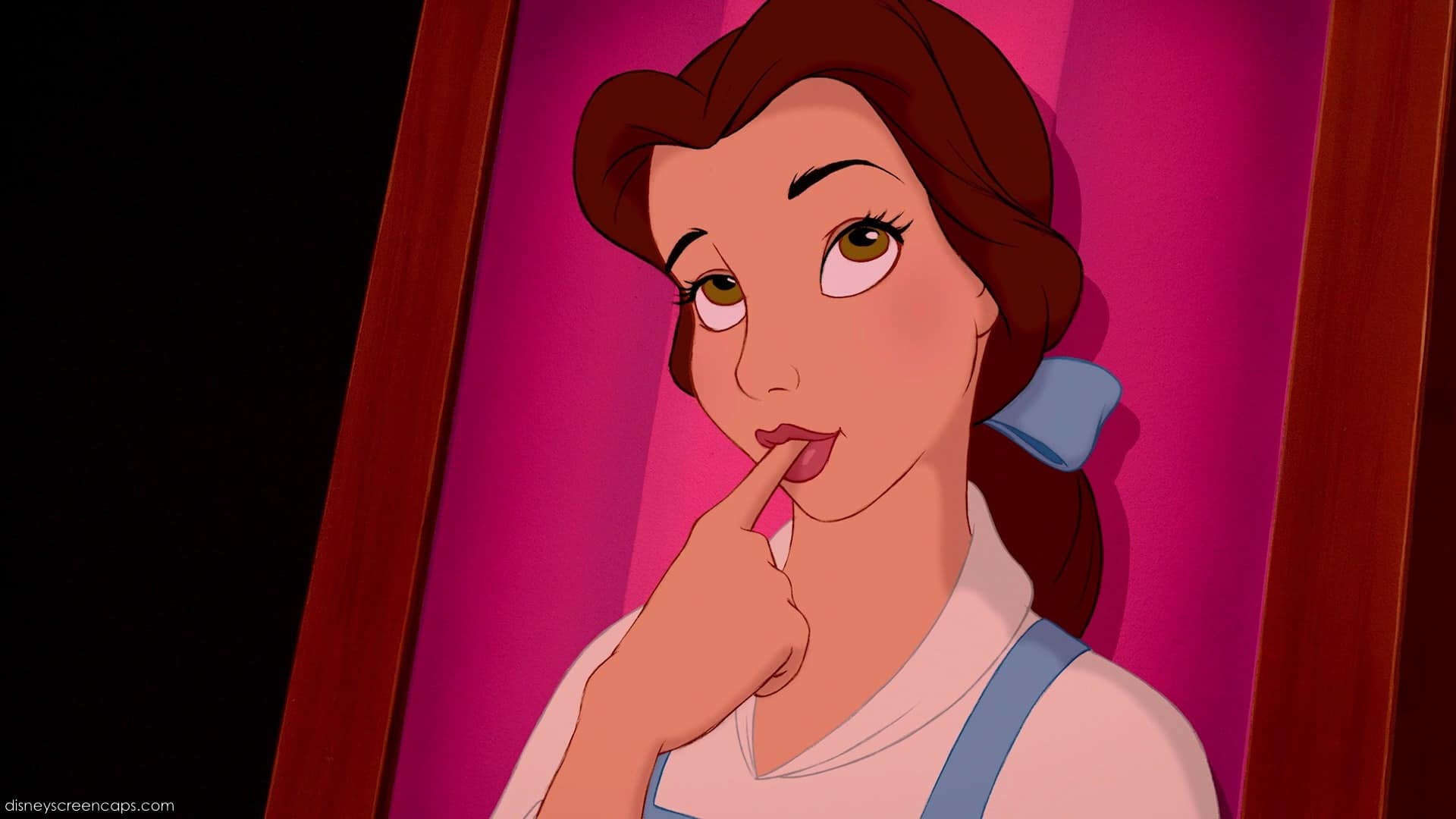 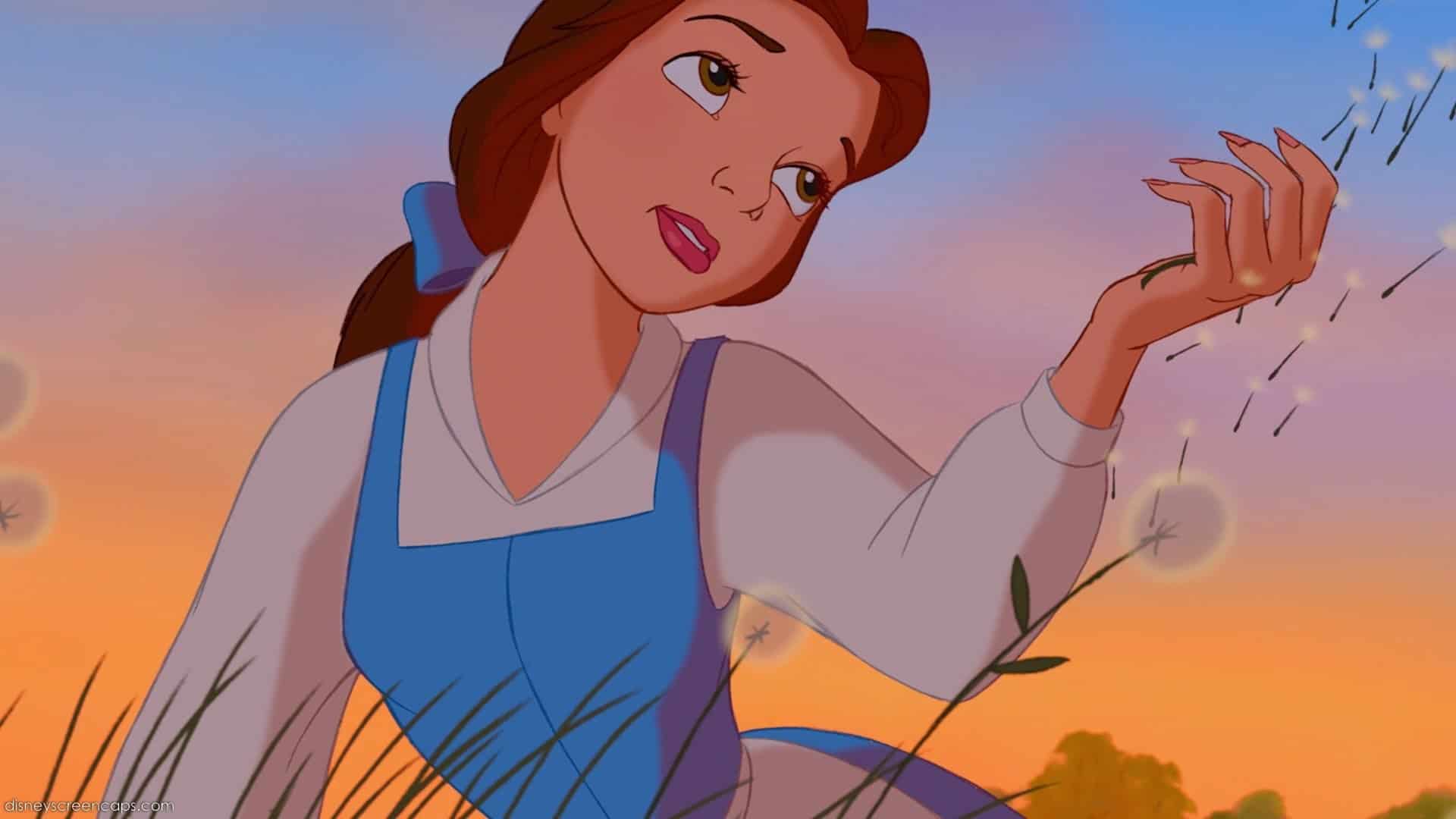 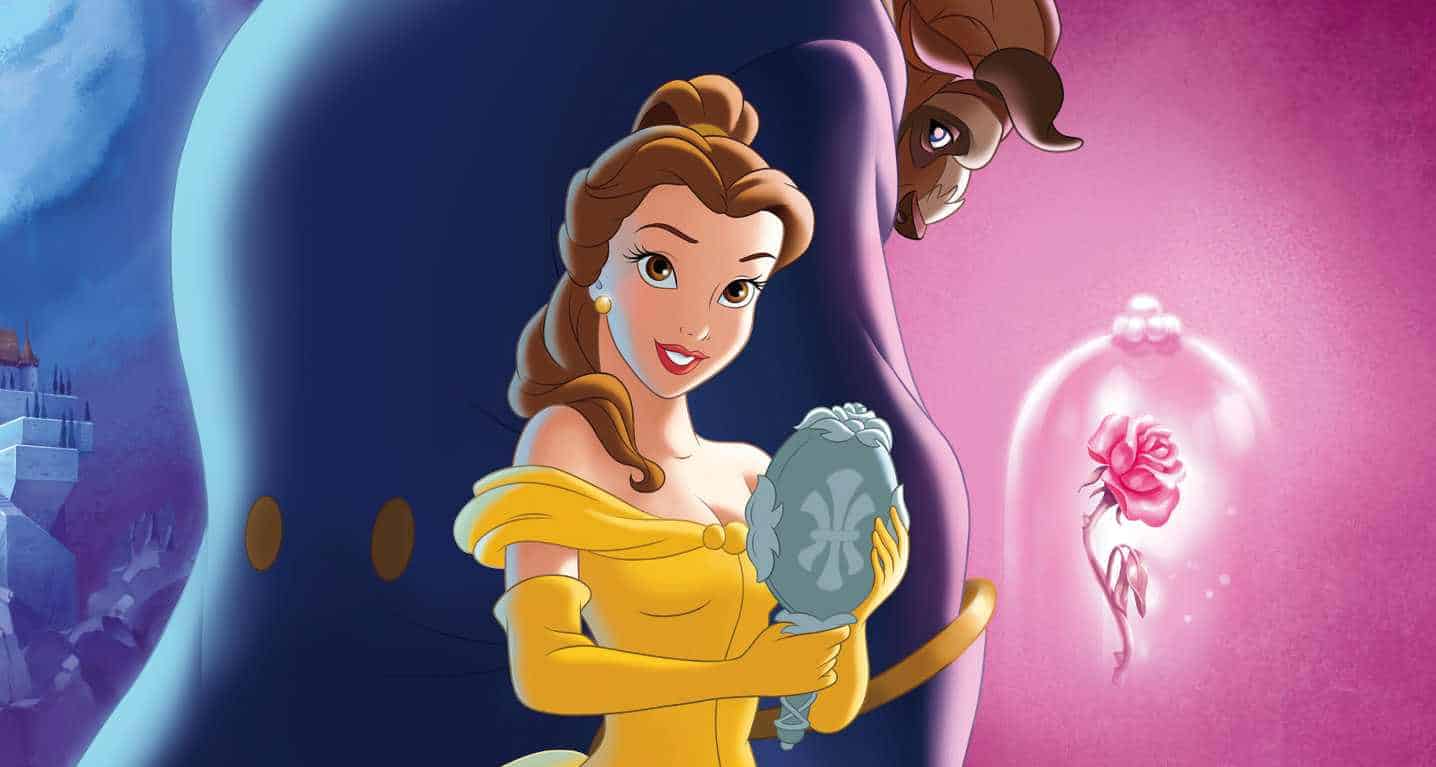 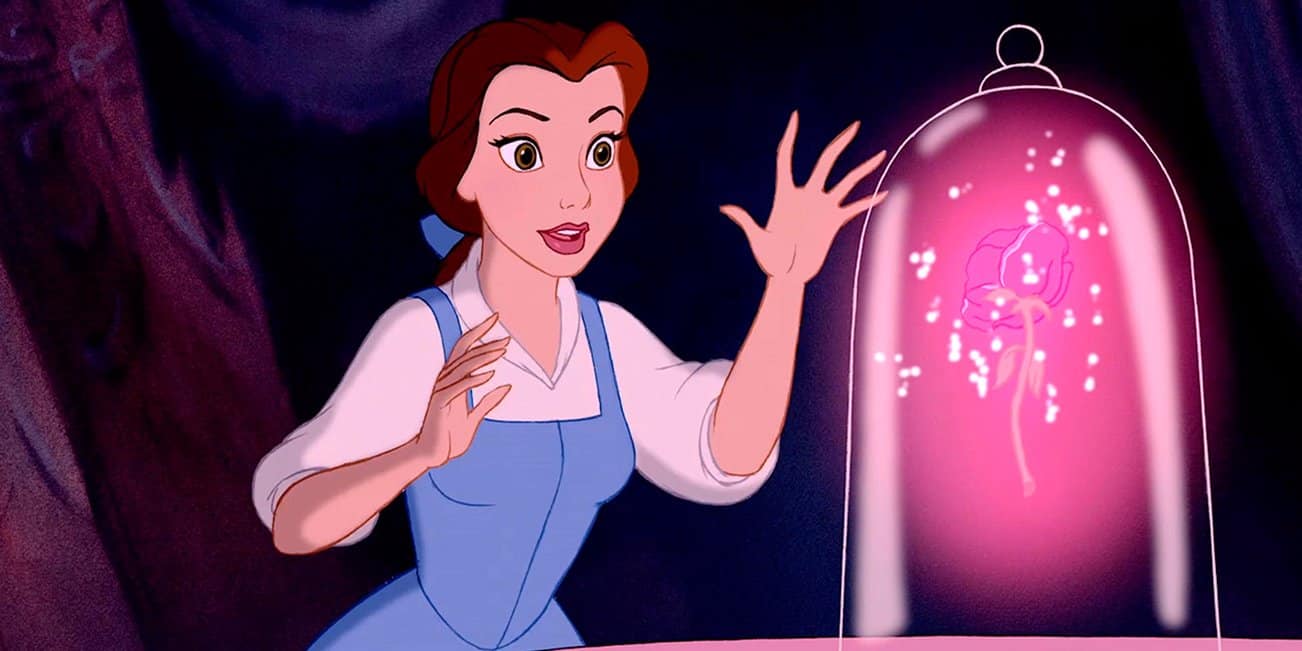 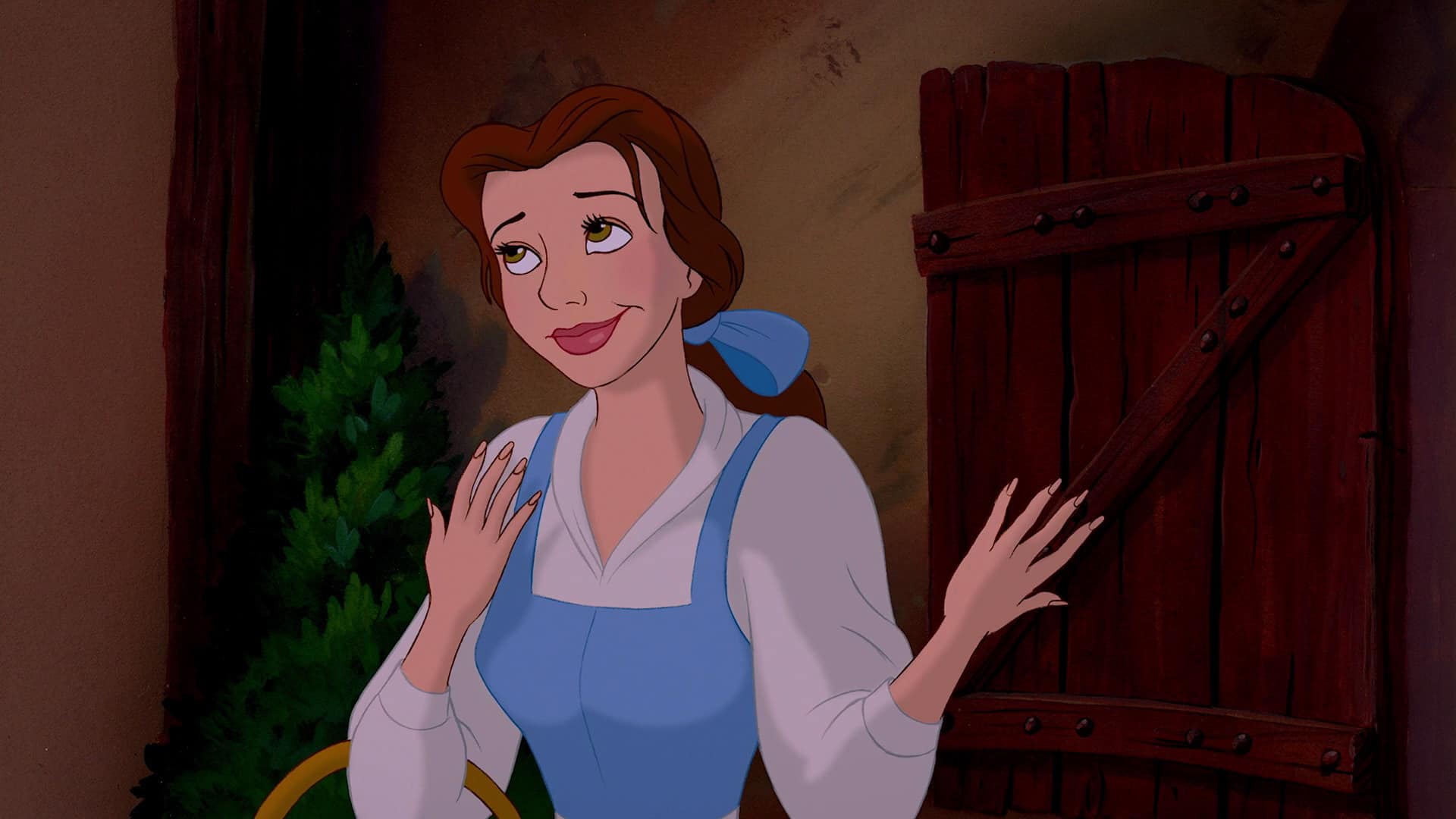 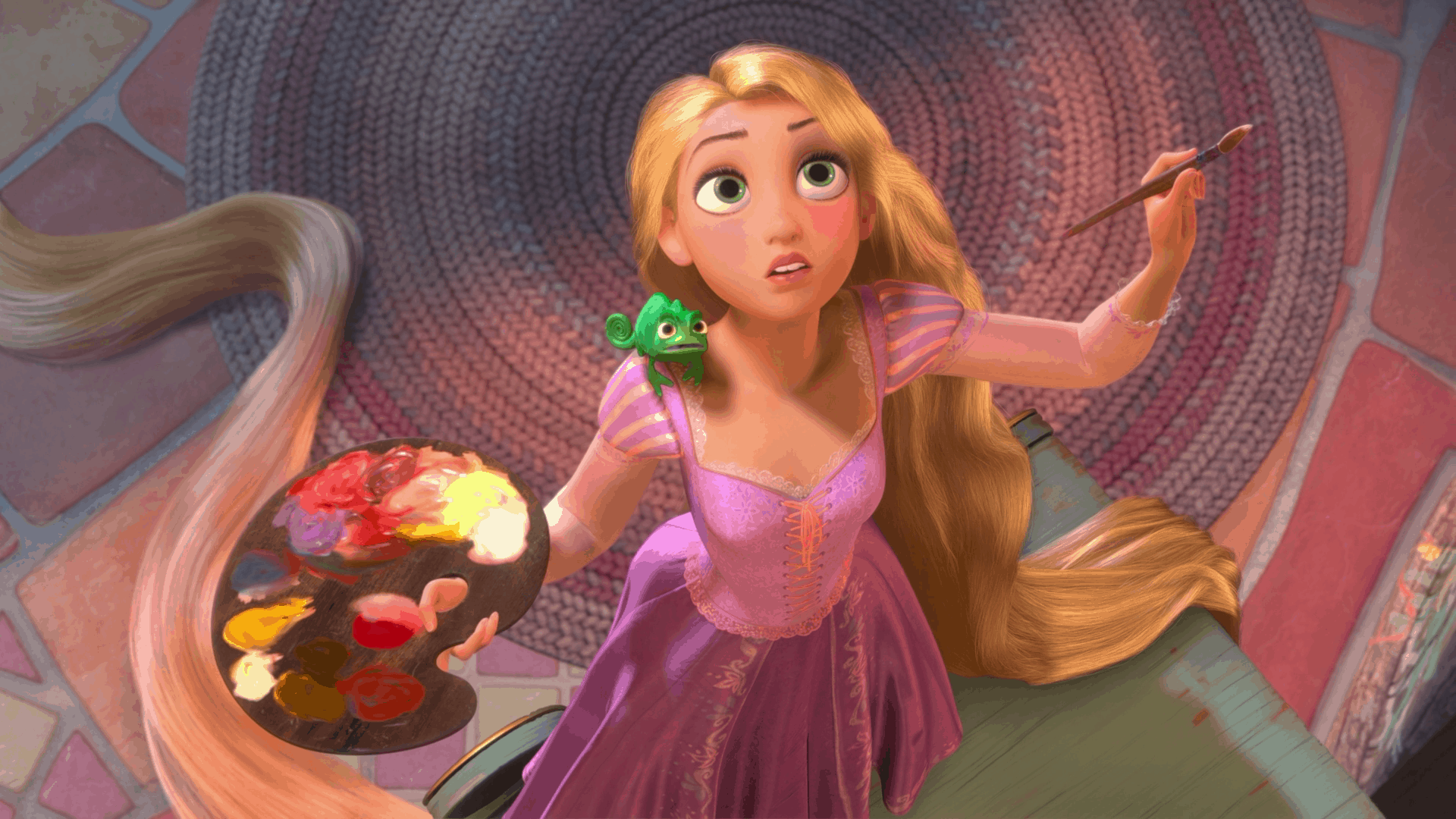 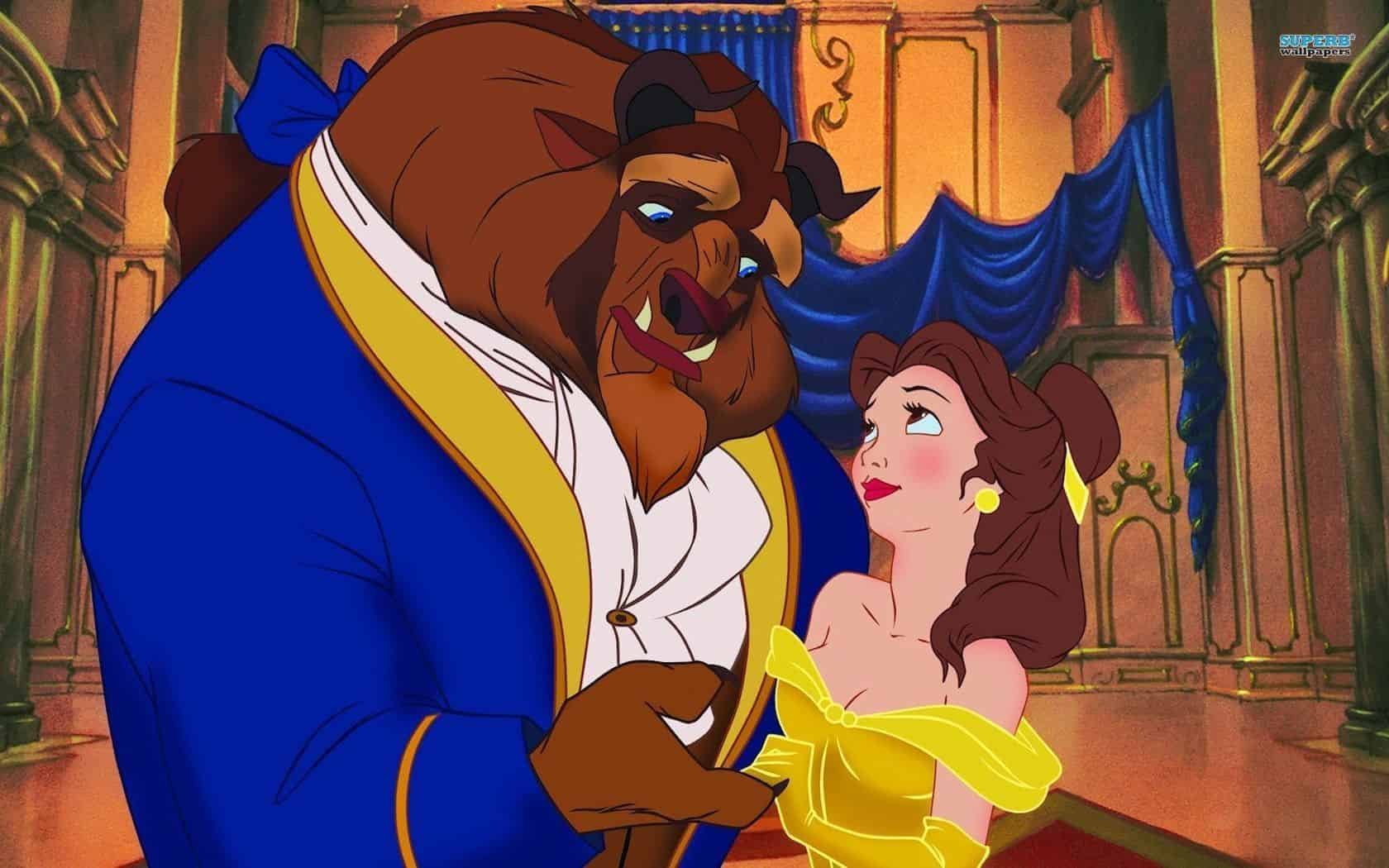 It’s true. Belle’s the worst “princess” Disney has ever coughed up. Even the way that Disney Co. has co-opted the word “princess” is deplorable. That’s branding, and that’s just the nature of that game. Fine. But Belle is hands down the poorest example of personality of any princess. No matter how beloved she is, Belle’s a terrible creature.

She’s worse than trading a voice for a sexy set of legs – which Ursula should have cursed to be packed with cellulite and hair so Ariel looked like a mammoth from the waist down. Worse than being cursed to sleep like a useless object. Worse than being a total ice queen. Worse than waiting for a prince to come save her. Worse than a literal spoiled princess born to riches. Here’s why Belle fails so spectacularly.

Belle butters her bread by smashing the little people who actually work for a living. She has nothing but idle time to read, and mocks the “baker with his tray like always” as if this person, who is actually contributing to the world, is beneath her.

Besides not being very bright when it comes to life choices, Belle’s endless quest for stories and books hasn’t given her the ability to actually do anything. She’s the quintessential reader; unable to create. Merely a consumer. She doesn’t show any utilitarian abilities to make her a contributing member of society at all.

Besides not being able to do more than read her time away, wishing for something more, something bigger, something beyond the “shabby” walls she didn’t build, the sad furniture she didn’t even piece together from IKEA, and the awful glory of nature, Belle doesn’t accomplish anything. Except sneaking into private areas and meddling with other people’s property.

Belle Has No Regard for The Father Who Supports Her

Belle couldn’t care less about making the world a better place, like her inventor father does. As he tinkers around, bumbling along, trying to be useful and provide for his family, Belle ignores his efforts. Ignores the business that, presumably, feeds her, clothes her, and allows her to fritter her mortal hours casting aspersions on the working people who don’t have rich parents.

Belle Doesn’t Trade Her Life For His

This plays into Belle’s essential nature, which is one of profound, thoughtful, manipulative shrewdness. Oddly, this is her sole redeeming quality. She knows learning a trade means she will need to ply a trade. That means work. Instead, Belle accumulates knowledge to make her seem smarter than everyone else, while specifically avoiding anything actionable, which might require her to accomplish something.

Belle knows how attractive she is. She isn’t oblivious at any point to the havoc that follows in her wake. She’s fully aware of her surroundings, and deftly maneuvers herself directly into the notice of men, showing how easily they can be thrown into disarray by her beauty. She establishes herself as a princess, monitoring the foolish blokes around the town who are goofy, or balding, or slack. So long as she can still turn a head, she has someone to look out for her.

A princess born into useless richness can choose to stay there. Jasmine sought more than a life of pampered living. Rapunzel didn’t want to be trapped in that tower, locked off from the world. They sought freedom from bondage, freedom from the constraints put upon them.

Belle Opts to Be Wholly Reliant Upon Men

Smart enough to know how to be a brilliant gardener, scientist, apothecary, baker, or master of any art, Belle chooses to be nothing but a complaining child, sighing over her world of privilege. Looking toward imaginary boundaries that tie her down. So much Jane Austen balderdash.

Belle is Bound Only By Narcissism

Ariel wanted legs and life on land so badly, she went away from her kingdom of opulence, sacrificing her voice – the third most beautiful thing about her – to risk her whole existence in a world wholly other than what she knew.

Belle has two good legs and a voice – which she squanders with complaints – and can explore as far and wide as she chooses. Instead, she chooses to go down to the bookstore, think ill of all her fellow humans, watch how she can draw men to her like moths, and never once go out of her way to help anyone.

An inability to follow rules, inability to respect the boundaries of others, poor communication skills, an active imagination, extreme self-absorption, cruel tendencies or actions that show an inability to interact with the world, anti-social behavior markers, high-intellect, an ability to sexually manipulate, and no concern for others except as benefit to one’s self are all earmarks of a sociopath.

Belle shows every single one to a degree that is, pardon the pun, cartoonish. She is without remorse about how her actions affect others, put them at risk, or how her behavior can cause multiple untold difficulties. Then she requires others to clean up after her when she becomes – again and suddenly – helpless.

Cinderella, Snow White, and Aurora were kind to animals in a healthy way. Belle took that to a disgusting extreme, while simultaneously causing harm to hungry wolves seeking only to feed their brood. Now those packs will suffer as hunters are injured by The Beast protecting Belle’s foolishness.

Jasmine tries to be kind to the less fortunate, and she stands up to Jafar when her spineless father won’t. Moana, Anna, Tiana, and Merida manage to be fiesty and independent, striking out into a tough world instead of hiding behind men. They all show likable traits and strong characteristics.

Belle shows none of these, being disdainful, indifferent, slothful, weak, and married to forcing others to provide for her.

Gaston didn’t know it, but he wasn’t enough man for Belle. She needed a monster capable of real cruelty: locking someone up against their will, viciously ruling over his anthropomorphic household like a small god, savaging trespassers, and systematic brutality hidden behind a thin veneer of civility, all in a package that might some day really hurt her.

She needed true darkness to come to claim her; body, spirit, heart, and the pit where others keep a soul. She needed a monster to match her own deadly misanthropy.

5 comments
TheCoolist is supported by our readers. When you buy through links on our site, we may earn a commission. Learn more.
Join TheCoolist
100% free, unsubscribe anytime.
Related Reading
Let's connect