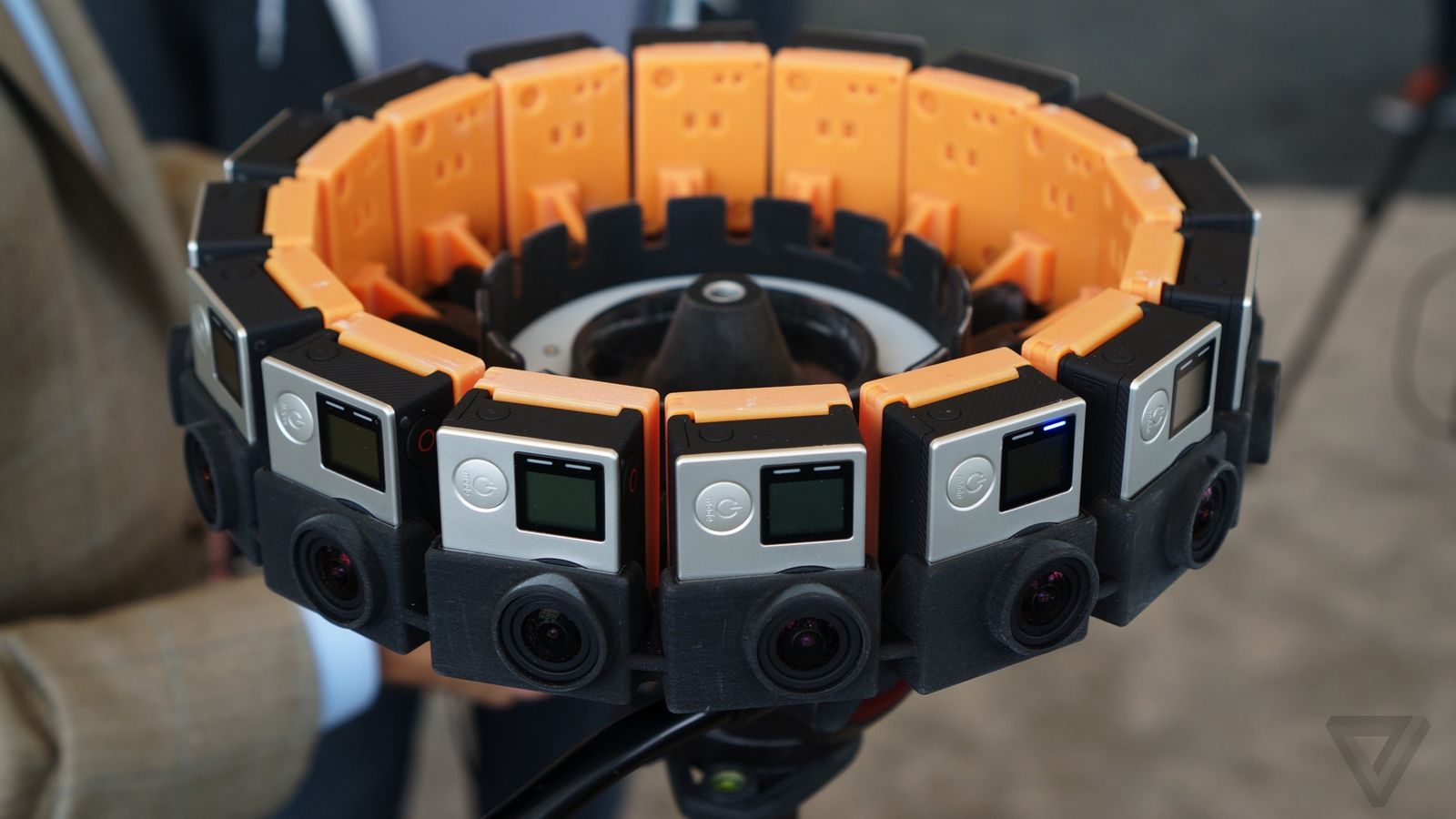 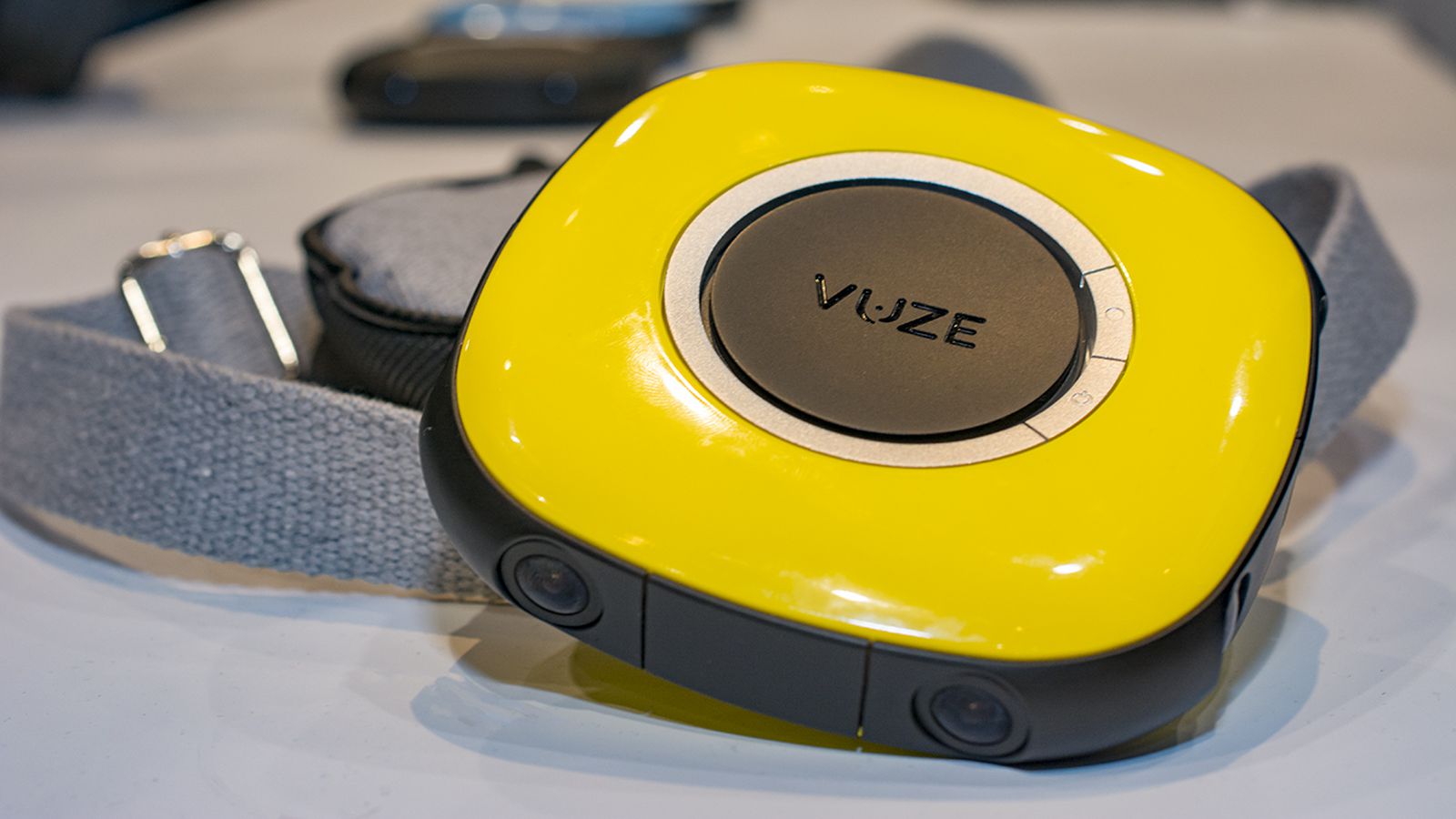 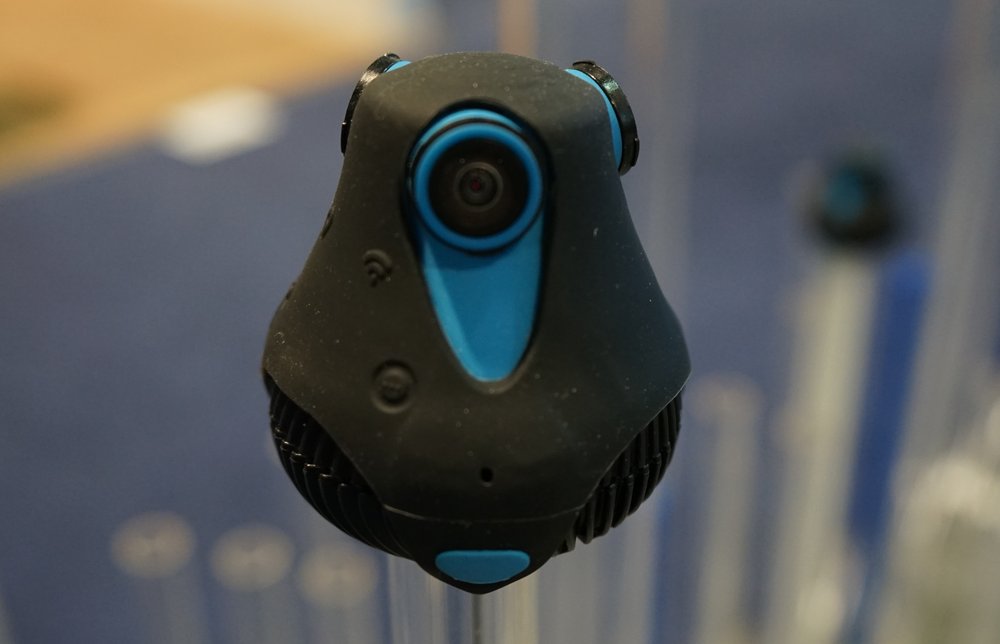 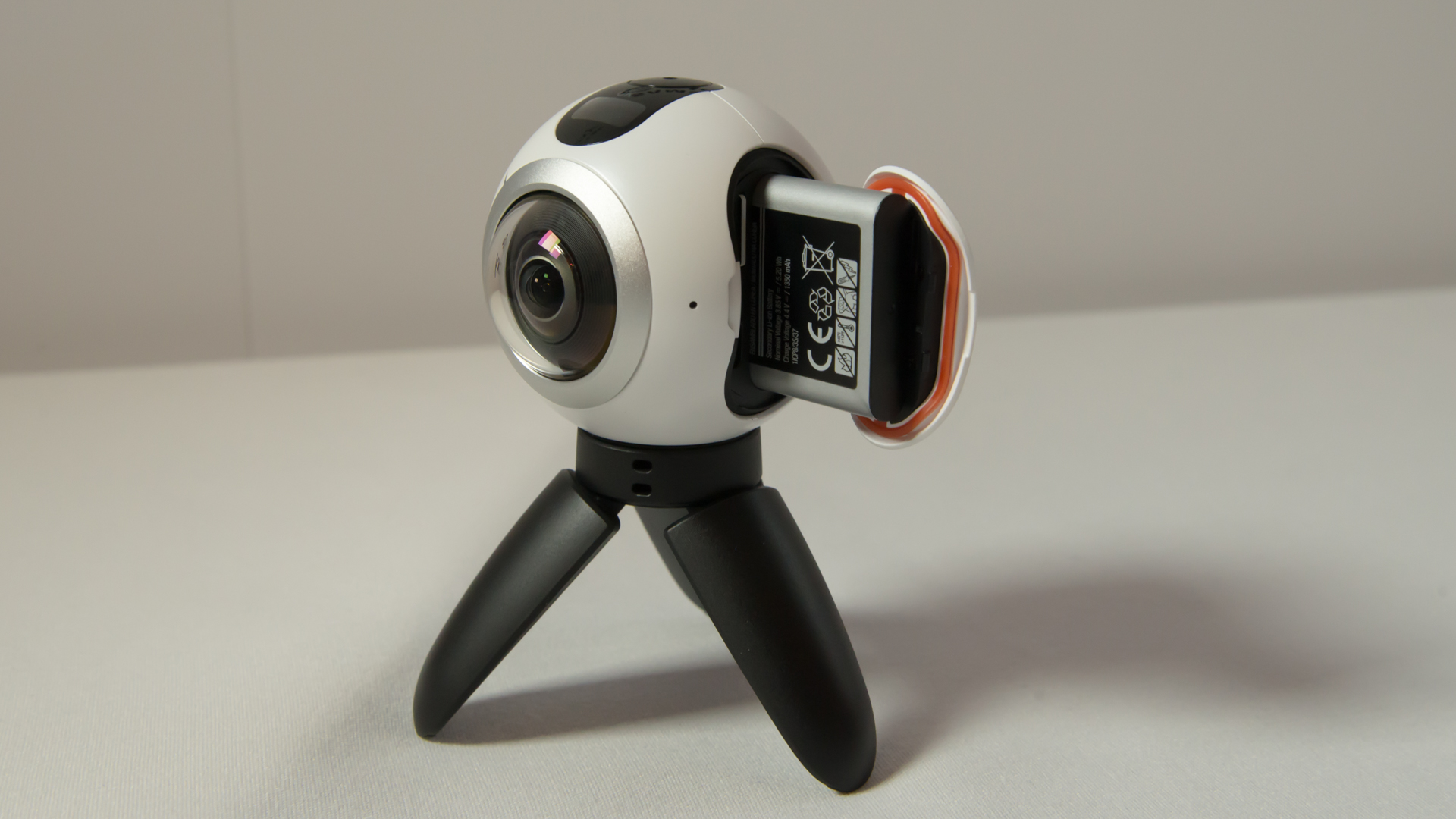 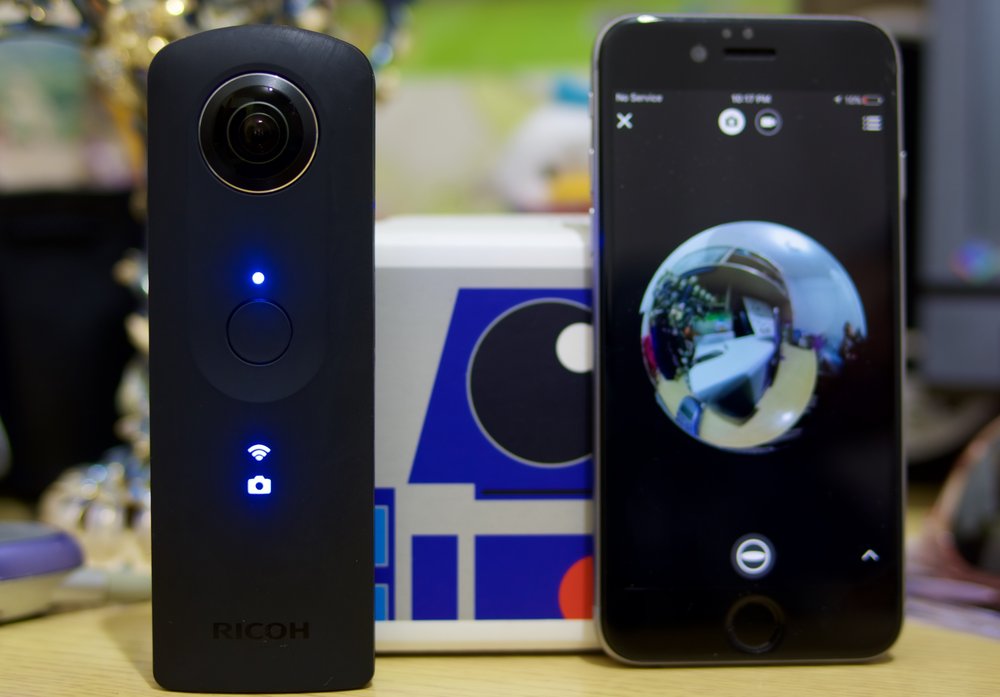 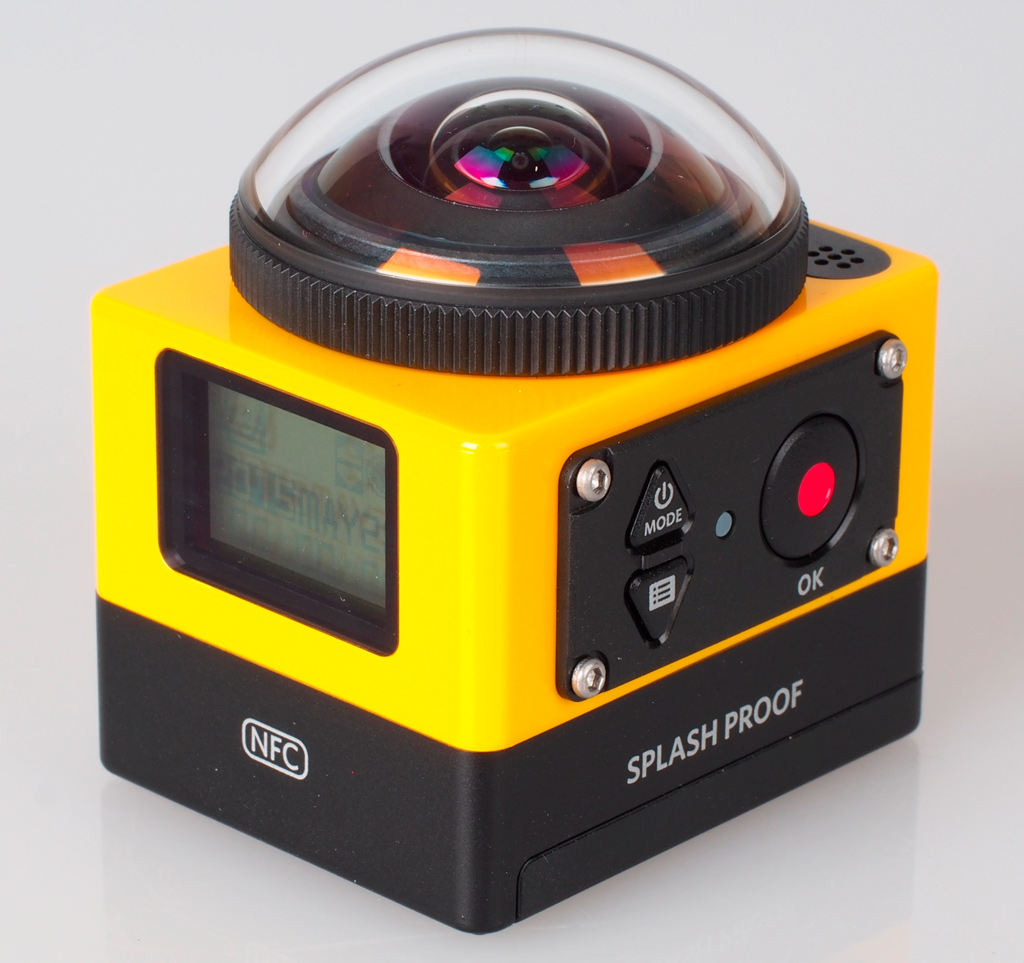 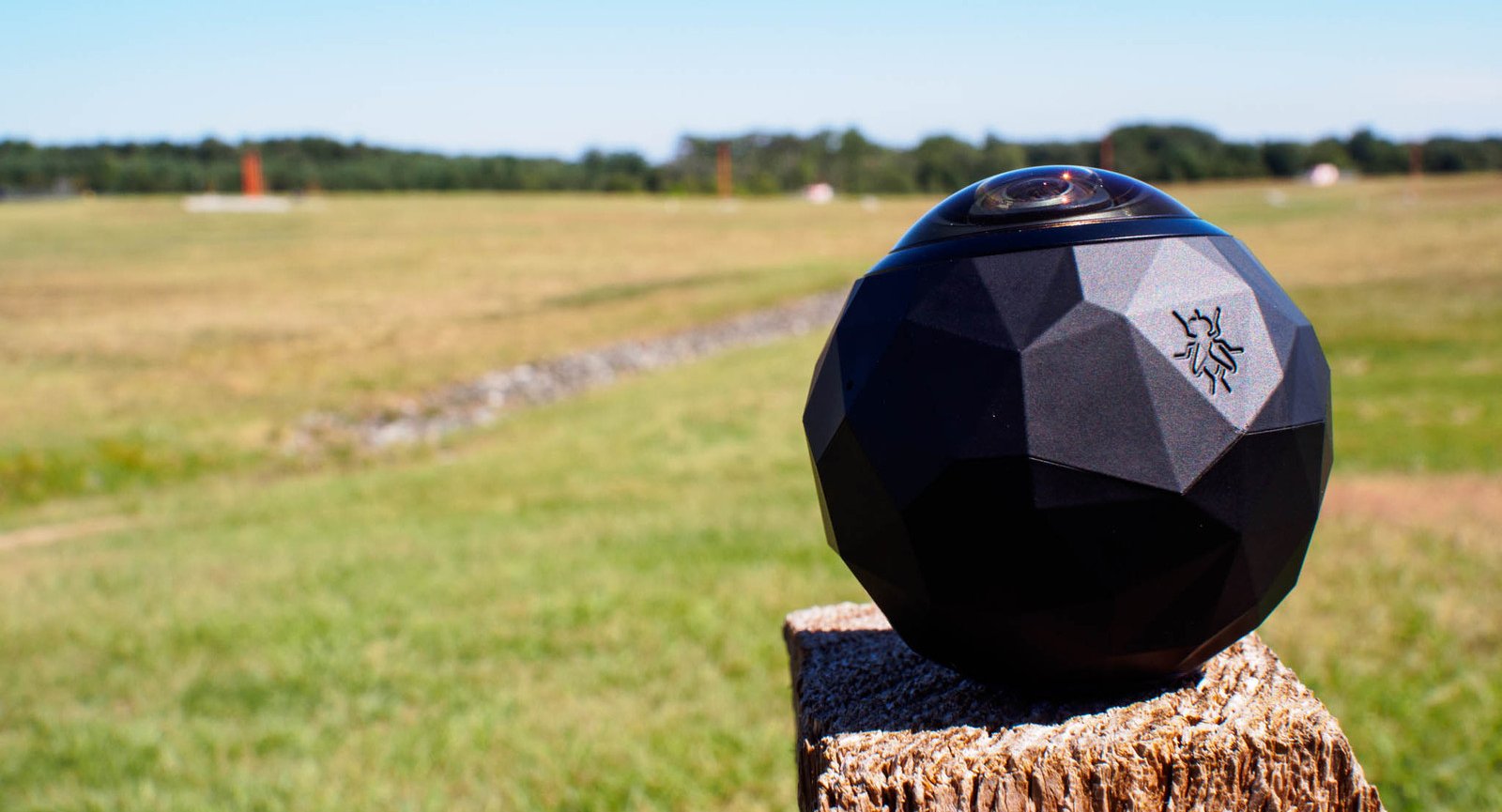 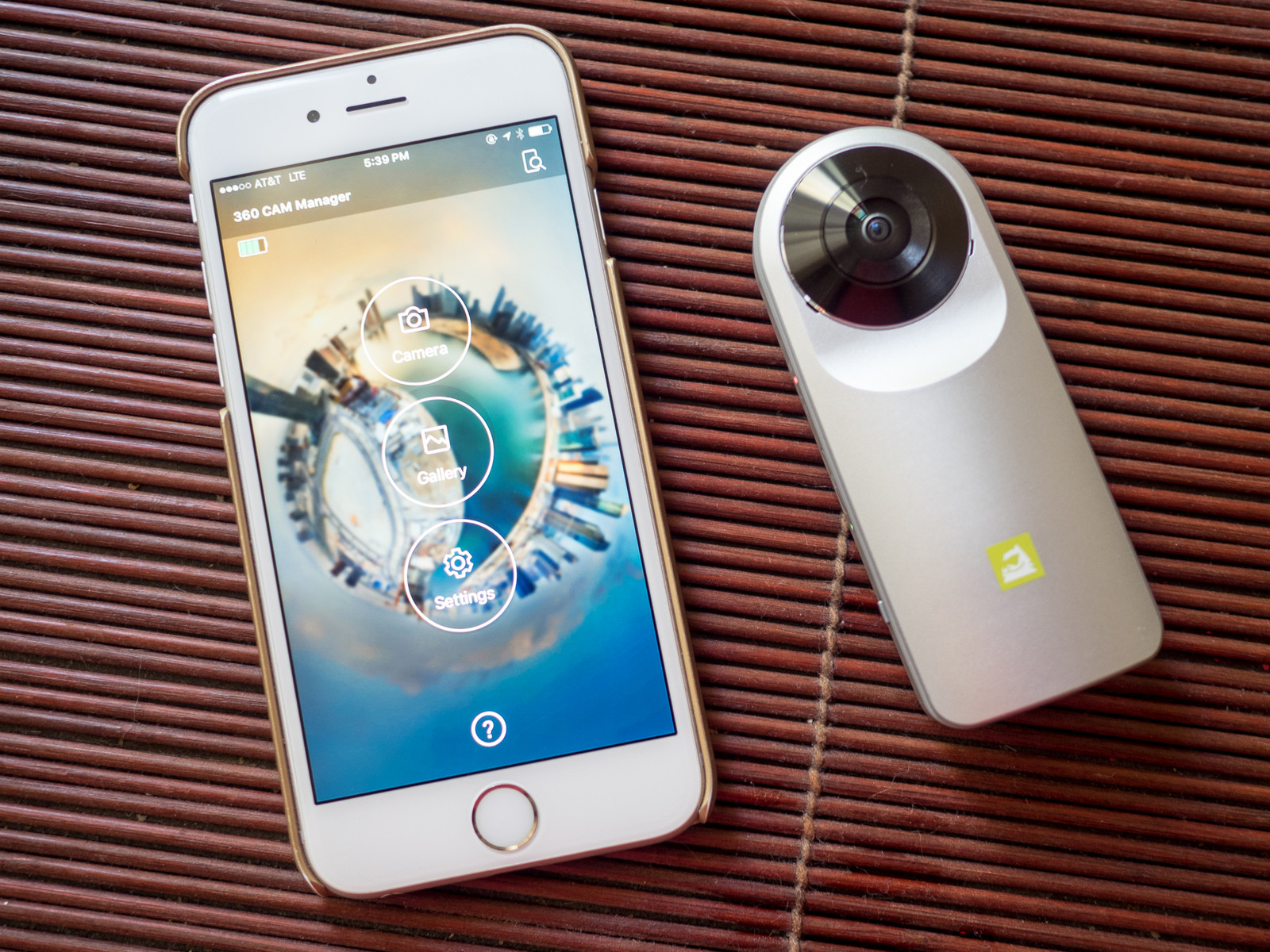 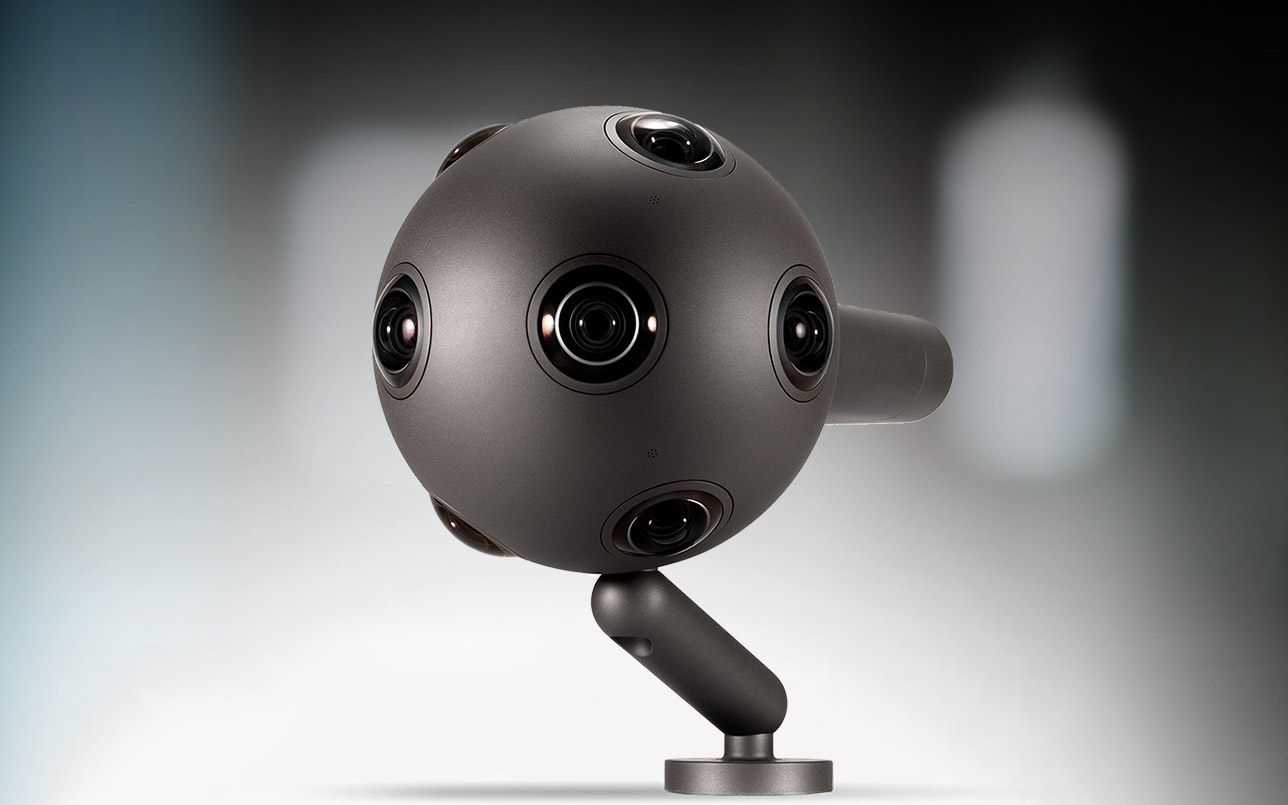 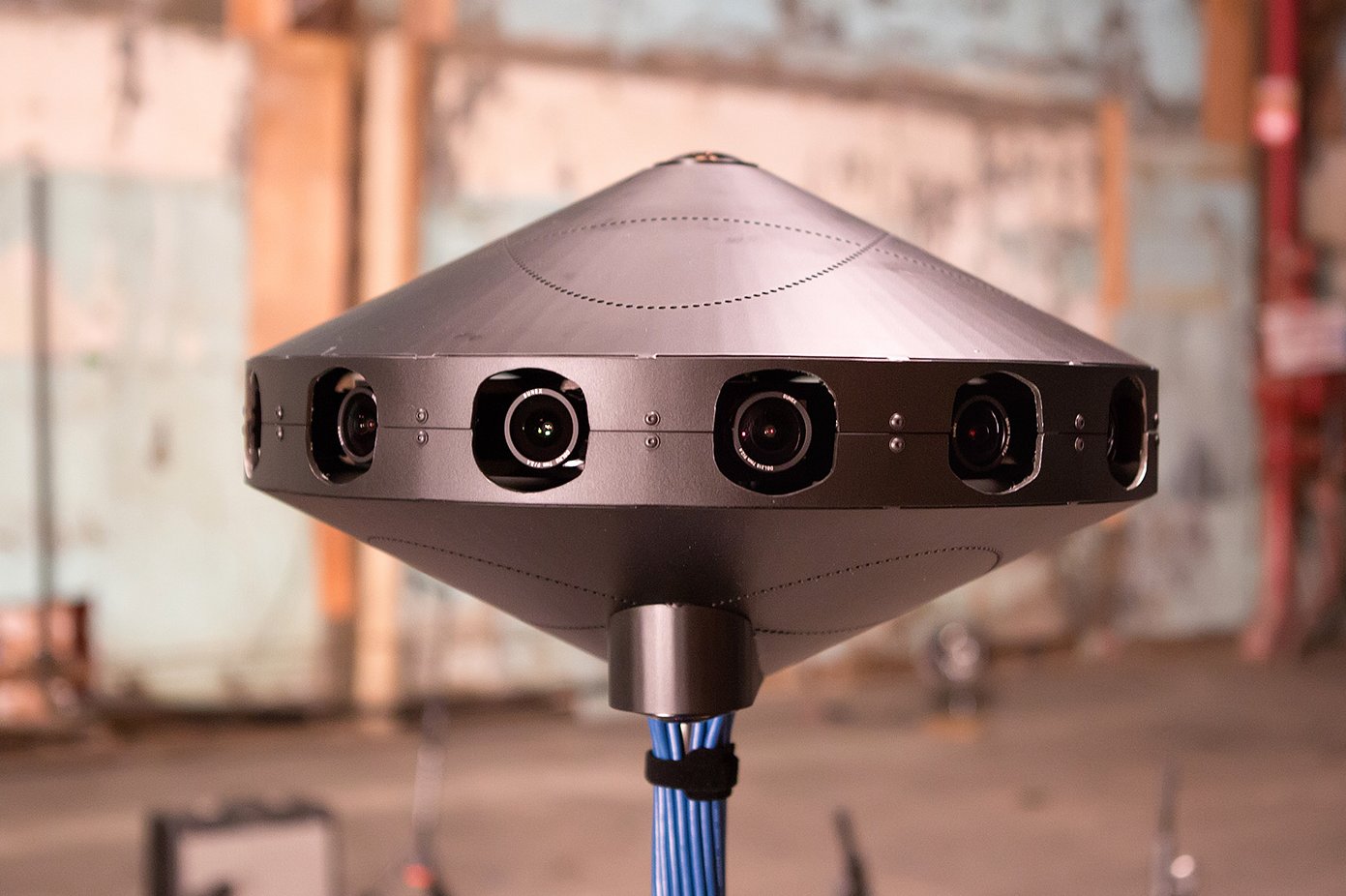 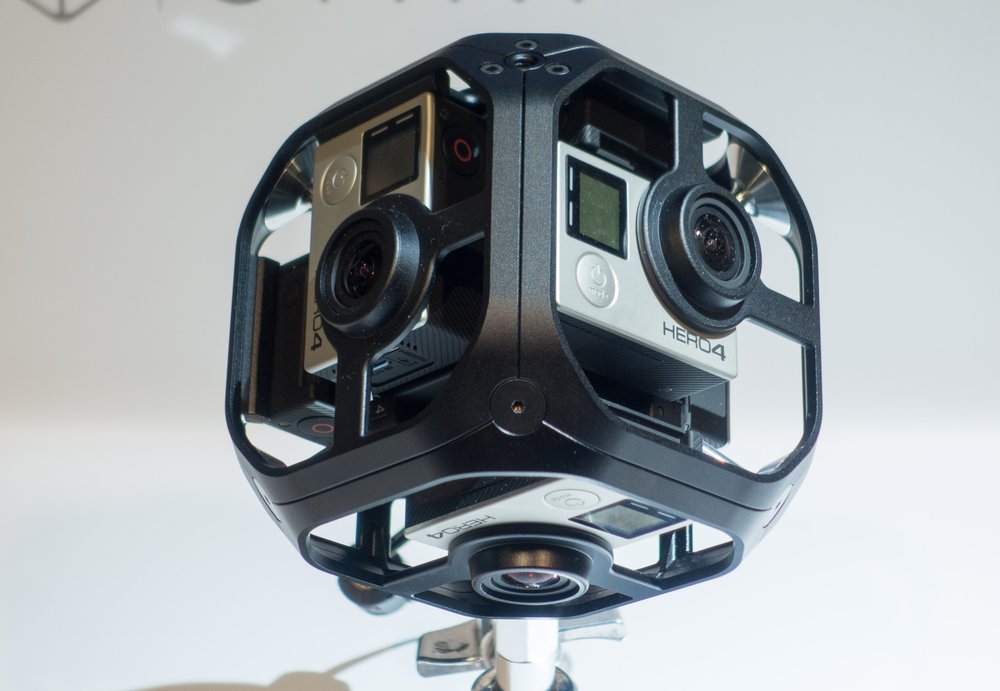 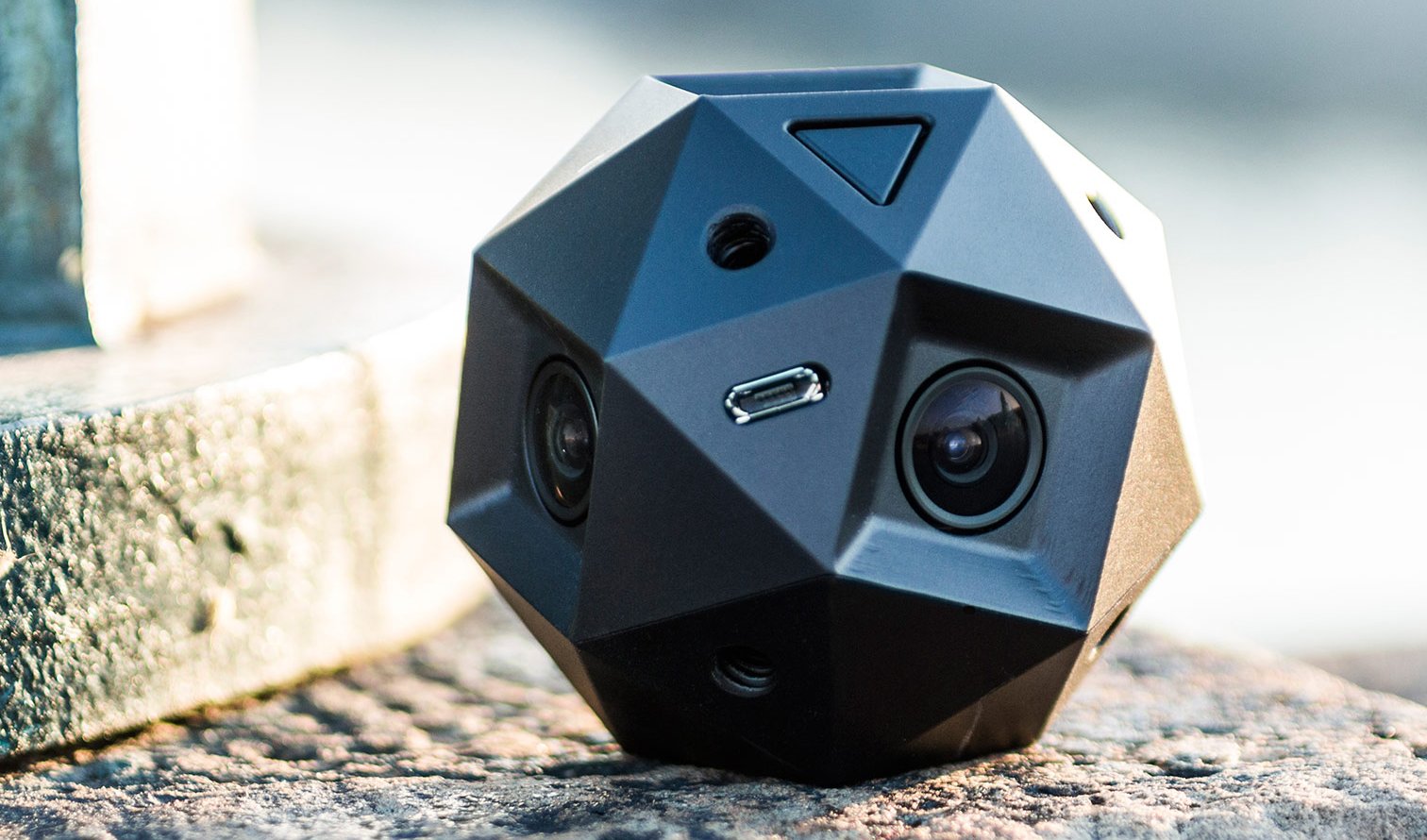 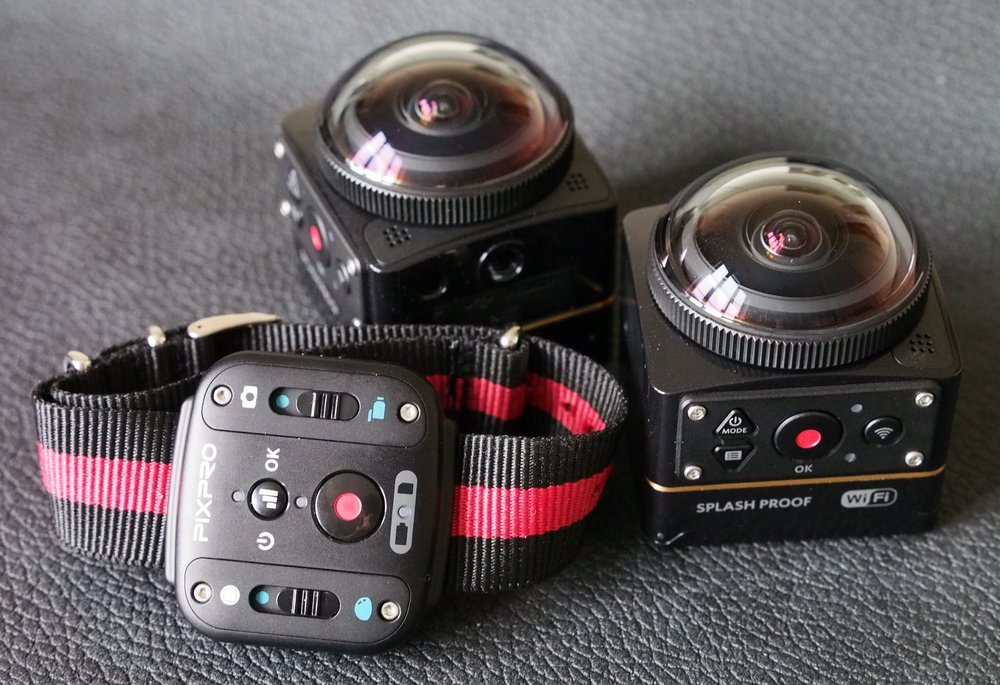 The release of Playstation VR to go along with the Oculus Rift, HTC Vive, Google Cardboard, and Samsung Gear VR means that virtual reality has hit the mainstream. To go along with this burgeoning new technology, there’s been a recent flood of 360-degree cameras which allow average users to record truly panoramic video that captures every angle of an experience. Even those who don’t currently use a VR headset can benefit from 360 cameras, since the Google-controlled world of YouTube and the political battleground of Facebook both offer the ability to upload 360 video that can be used by anyone with a computer, smartphone, or tablet.

When the world was young and virtual reality was relegated to arcade trickery, 360-degree cameras were an expensive rarity. Today, anyone who is hoping to kill the radio star by attaining internet stardom as a video personality needs these VR cameras to stay on the curve, much less ahead of it. Whether filmmaking, gaming, video chatting, or perhaps the fine world of online pornography is your goal, that flat little lens in your laptop that the FBI uses to watch you as you bingewatch Gilmore Girls isn’t going to cut it. You need an immersive VR camera to truly capture every second, and that means getting one of the best 360 cameras for any budget.

As basic as your VR camera can get, the LG isn’t going to win many awards, but for best in show under $200, it’s in a class by itself. The shape makes it easy to hold and easy to carry, making it ideal for mobile work. While it isn’t waterproof and doesn’t shoot in 4K, it’s a simple, passable, quick and dirty option for the videographer without that sweet PewDiePie money.

Apple lovers who also like to live stream to Facebook and YouTube can’t miss with the Nano. A pair of lenses give you 360-degree action that shoots in 3040×1520 resolution at 30 fps. Included in the box is a VR viewer to help you decide if you got the shot, but woe unto you if you don’t have an iPhone 6 or better.

Though this has a big 4K brother on the market, the original SP360 is still a respectable member of the VR cam family. It tops out at 1080p resolution, and only swings with about 10fps, but the shockproof, waterproof, dustproof, adventure proof, batter proof build and multiple accessories to keep it intact turn this old dog into a real goer.

DSLR master-maker Ricoh has decided to dip their toes into the 360 camera game, and the results are impressive. Easy streaming can be had with the Theta S using nothing but a USB cord, and the spherical images are rendered well in 1080p at 14MP. Extremely narrow, it’s good for adventures, and comes with an intuitive app that will speak your phone’s language without a hitch.

Made with a primped Portal look that would make GlaDOS so proud she might not mock your deceased ancestors, this is made for the Samsung devotee who has managed to survive the great Note 7 bombing of 2016. There’s no dead spots to be had with the true 360, full-circle video, and the overall user experience is gentle and friendly. You can swap the battery and SD card, which is a nice change. However, it hates iOS, and isn’t even compatible with every Samsung smartphone out there.

Without a doubt the most camera for your cash, the 360fly has one of our favorite features: Brand obscurity. The sole flaw to be found is that it won’t shoot in complete 360-degrees, but comes awfully close. Otherwise it is as friendly a camera as you can find, easily converts your shots into usable material that interfaces with VR headsets without doing a bunch of tap dancing, and that 4K resolution screams.

Built for nabbing images at a respectable 30 frames-per-second, the PIXPRO is certainly a strong 4K camera that will give you UHD resolution that pops and sizzles. Compact and simple, with a bunch of honest-to-god buttons reminiscent of an actual camcorder, the major complaint is simple: Only with 2 of these can you get true 360-degree video. Each lens covers 235-degrees. Still, at about 1K for the pair, you’ll get footage worth the money that melds seamlessly.

Falling just left of true perfection, the water resistance and true 360-degree shooting angles are on point. Changeable accessories make it fun and easy to go until your shooting crew is ready to put you out of your misery. The few issues are with the stilted video stitching and slightly grainy vids. The 2048 x 1040 resolution is near the top. It doesn’t quite explode, but damn sure doesn’t fizzle. At least you only need one.

Dual lenses on either side that each can handle 3840 x 2160 res begs the question: Why wouldn’t you get this instead of a pair of PIXPRO SP360 4Ks? The answer is that the KeyMission 360 tops out at 24fps, and its high-speed video doesn’t even land in the 720p range. Otherwise, they’re similarly tough, resilient, and the KeyMission does all the stitching under the hood. Plus, it’s a whole lot smaller.

A complete creative kit that has a bright and colorful personality to boot, the Vuze is a one-stop shop for 360 cameras. It’ll record 4K at 30 frames-per, has 8 cameras on board that stitch like a quilting circle, comes with its own app, stand, and VR headset so you can see what you shoot without waiting. Rather than trying to change the game, Vuze simplifies it.

Devilishly fast, if the 4096×2048 resolution doesn’t sell you, then perhaps the fact you can get that UHD sweetness at 60 face-melting frames per second will bring you around. It handles all the stitching inside that sexy little dome, putting out 10 bit color along with streaming options that go the distance. It earns that price tag like a BMW or Aston Martin, so dip into that college fund (please don’t).

6 Hero4 Black lenses built into a cube that looks like Guilty Spark, the Omni is tough, compact, smart, and shoots in 8K for an experience you can reach out and touch. Smart remote cables, Kolor software, and all GoPro’s bells and tweeters come along for the ride. If you already have the cameras, you can get the rig alone for a mere $1,500, proving they love you.

The Odyssey is a ring of 16 Hero4 cameras from the 1st name in action cams. It shoots in 8K immersive, stereoscopic, panoramic, sexy, overwhelming, jaw-dropping 3D. If you can get it, get it. It outperforms our current viewing tech, so you won’t even realize how good your videos are for a few more years.

8 cameras with 100-degrees of overlap between them all crammed into a compact ball that can be lifted by drone and shoot for 45 minutes in stunning 30 fps without an awkward rig or ring, OZO is the platinum standard. The specs go on for days, and even the audio recording is big and brassy.

An unusual move by the Social Media giant, the Surround360 is actually open-source, meaning you can build it yourself, if’n ya fancy. It requires 17 cameras and a little sweat equity, but you can slap it together for about $30K all told. Head over to GitHub to grab the plans. You’ll be done by Christmas…of some year.