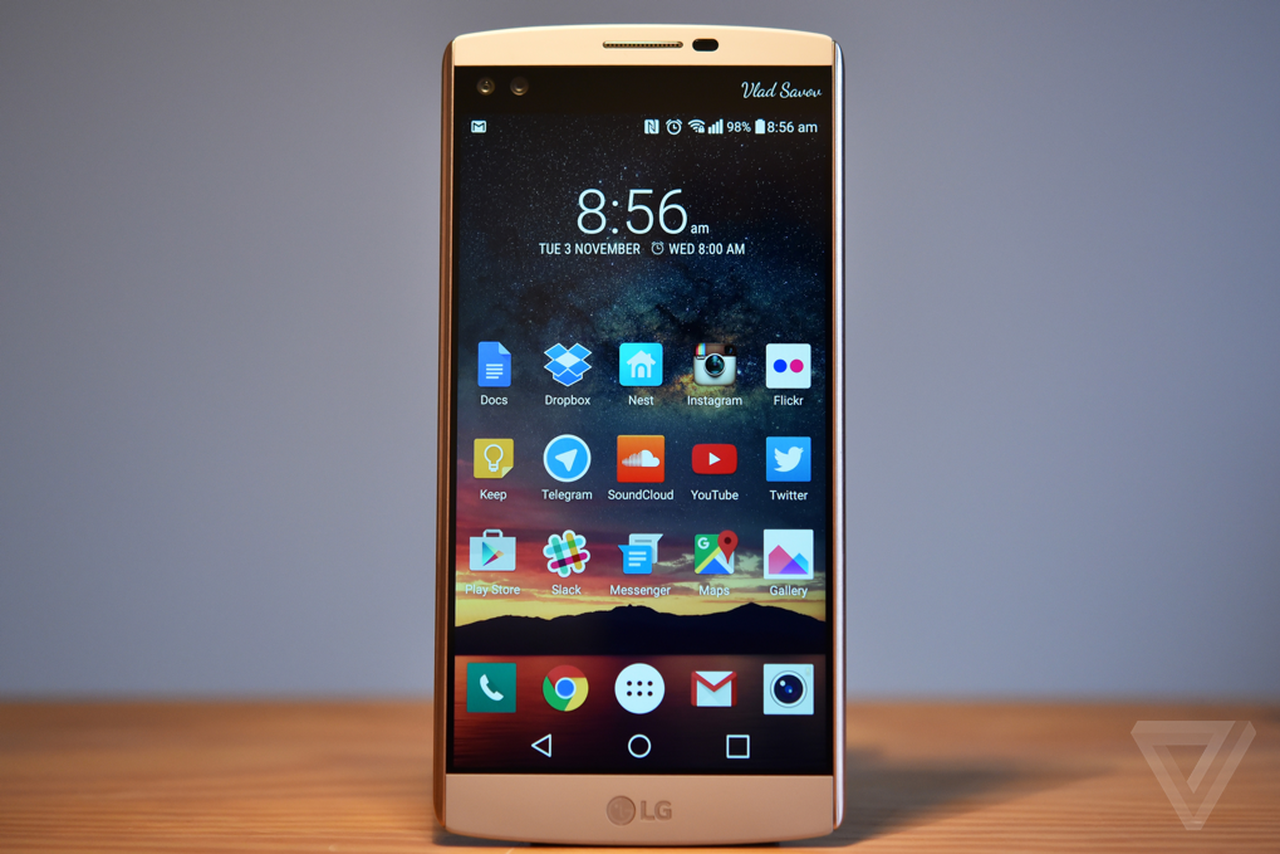 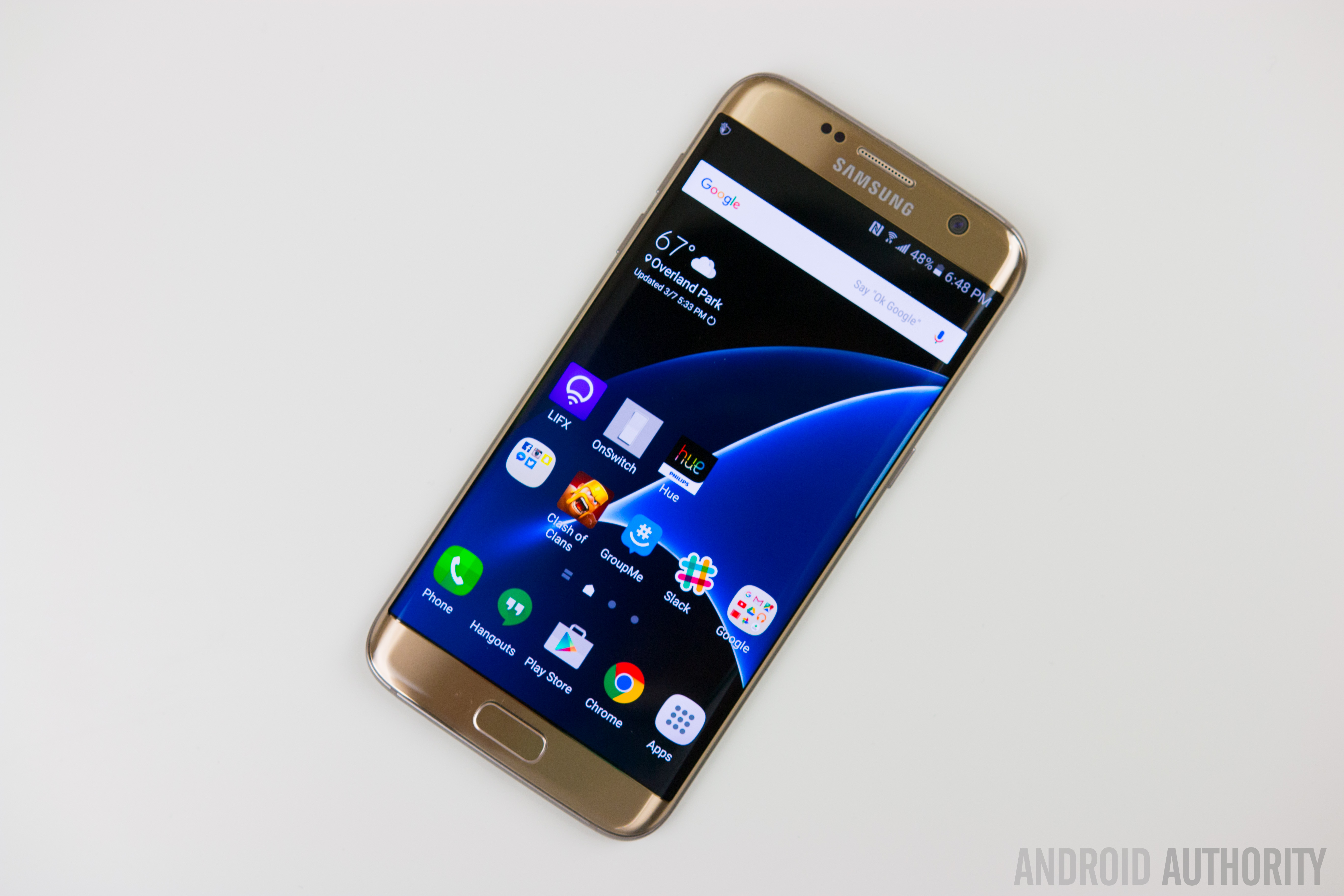 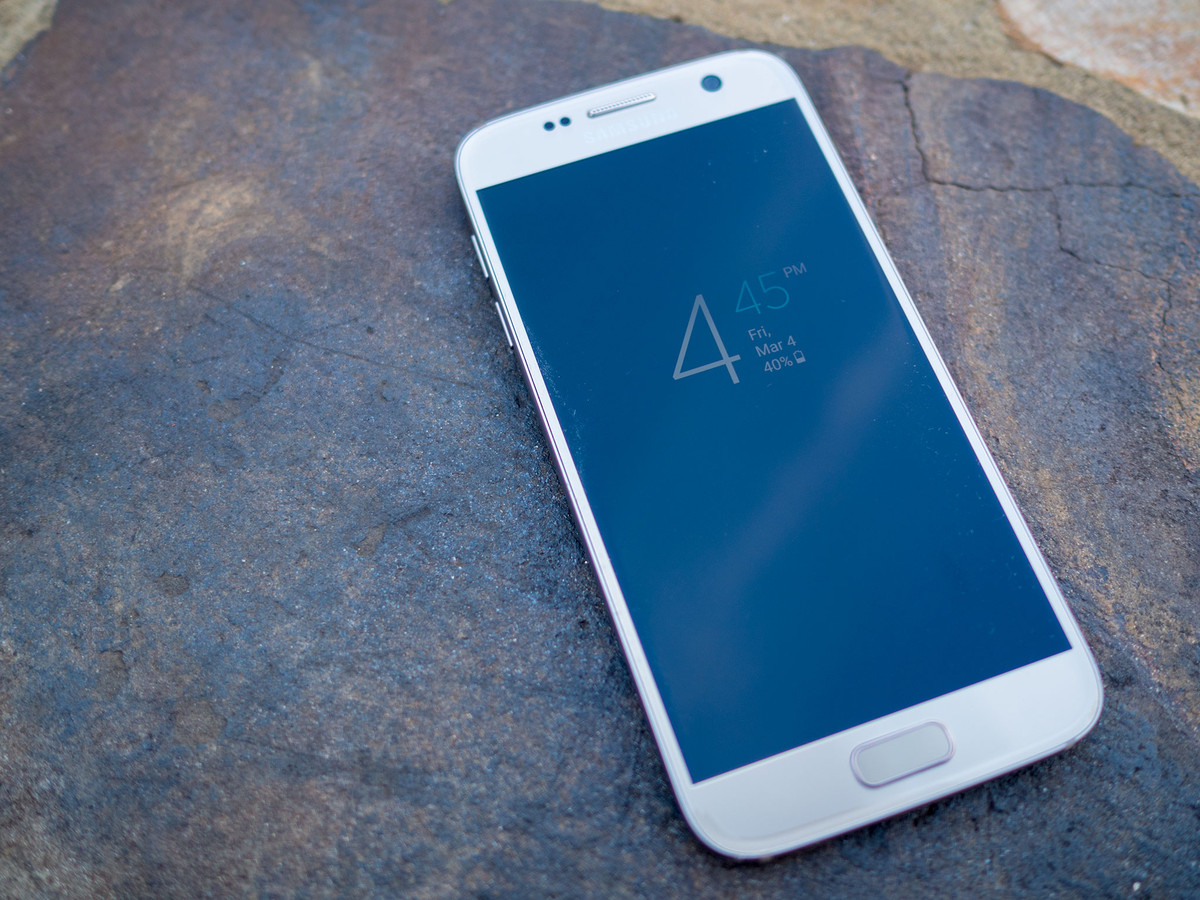 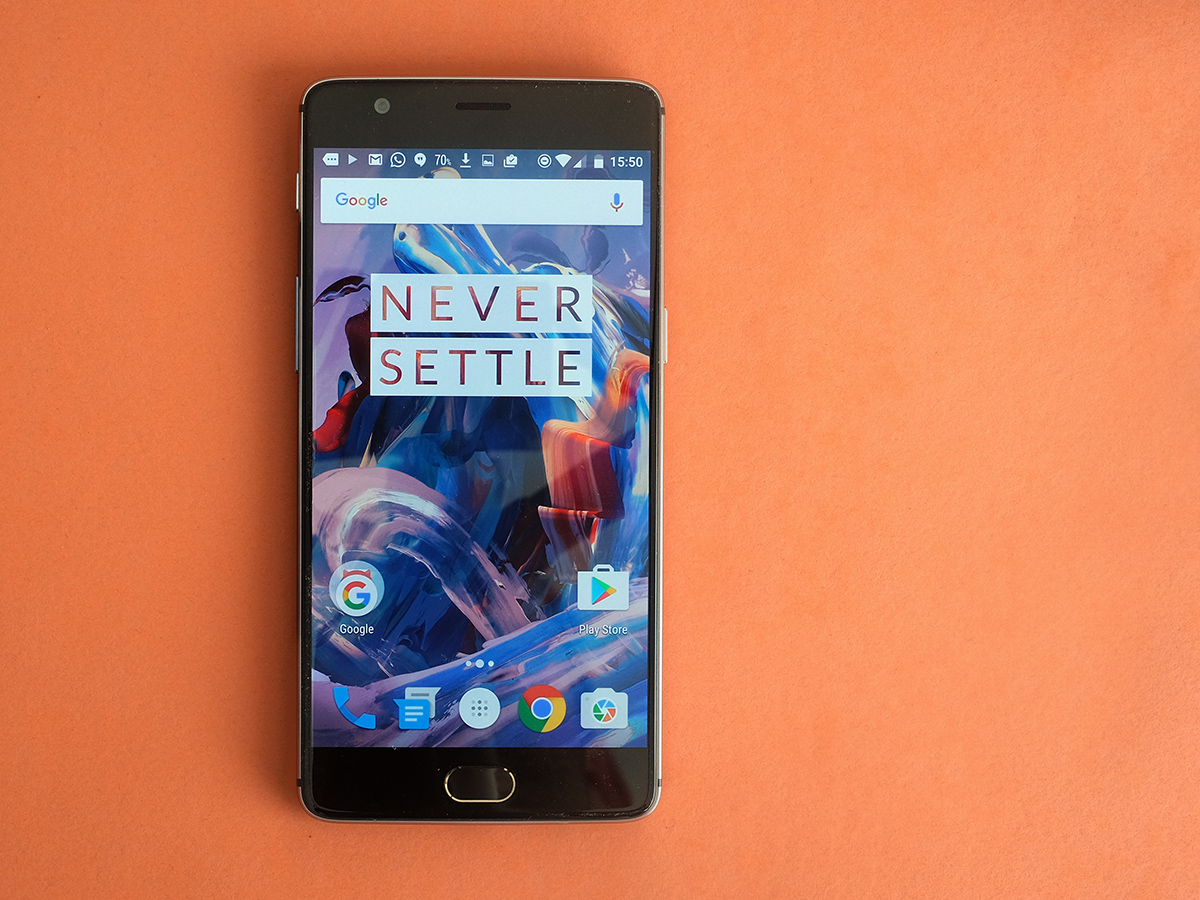 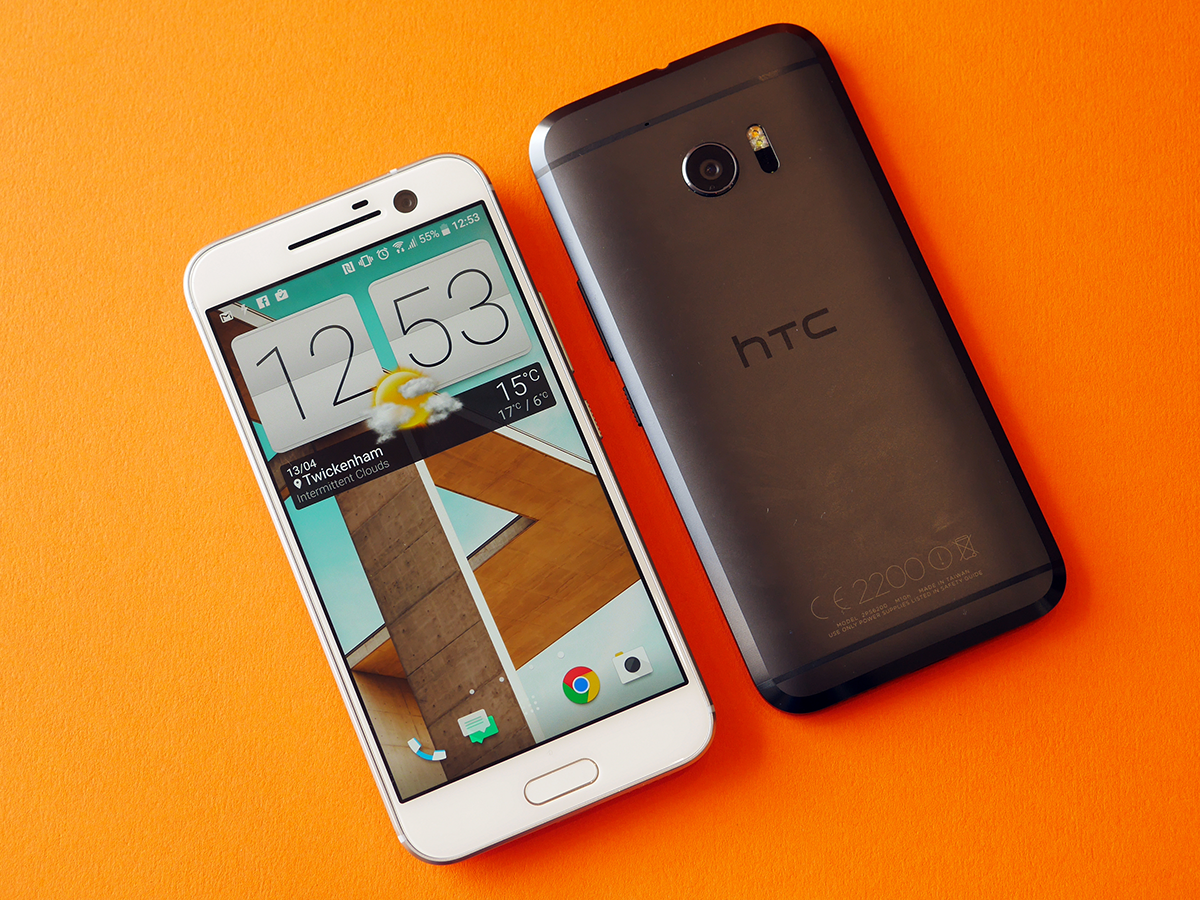 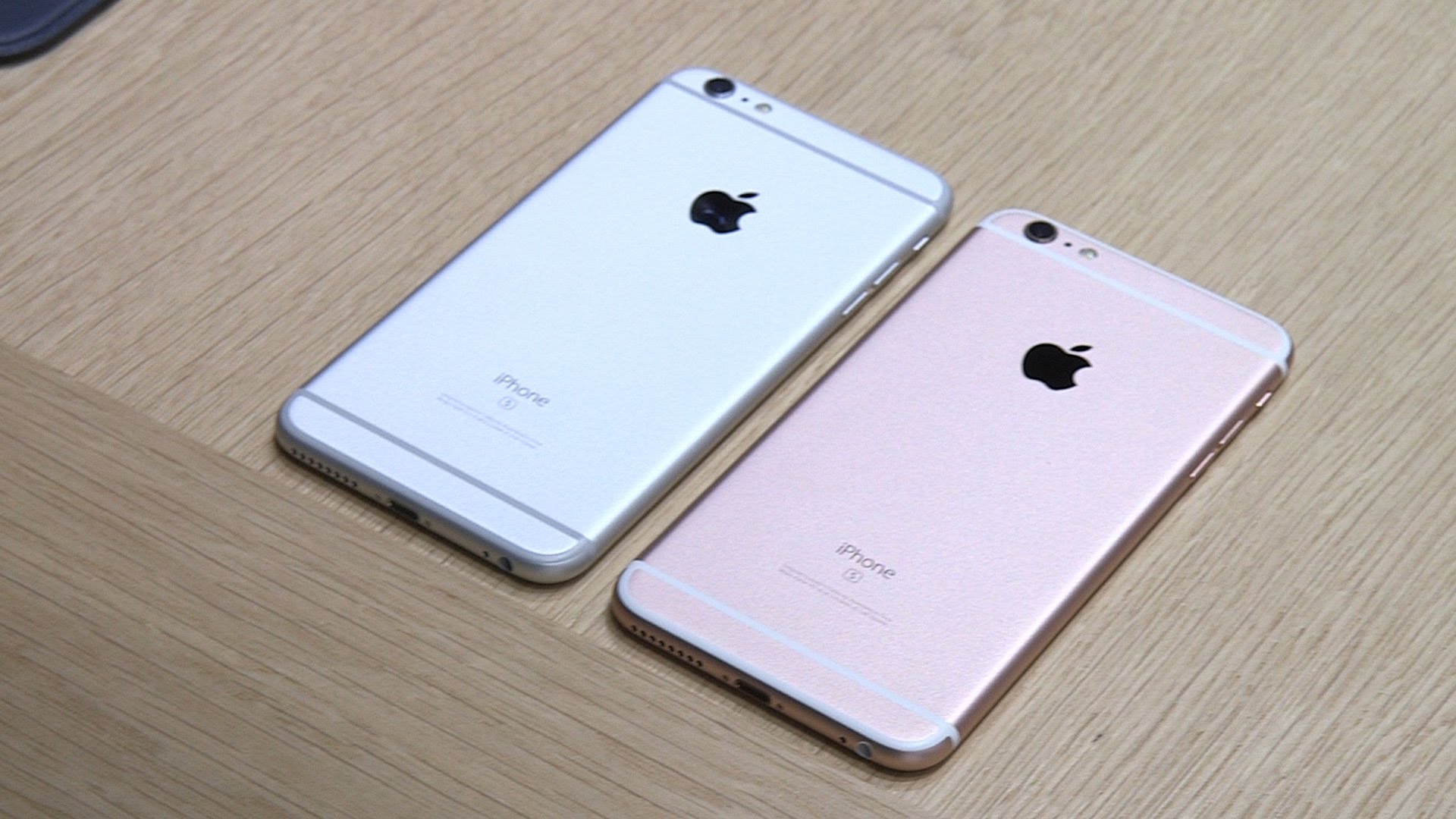 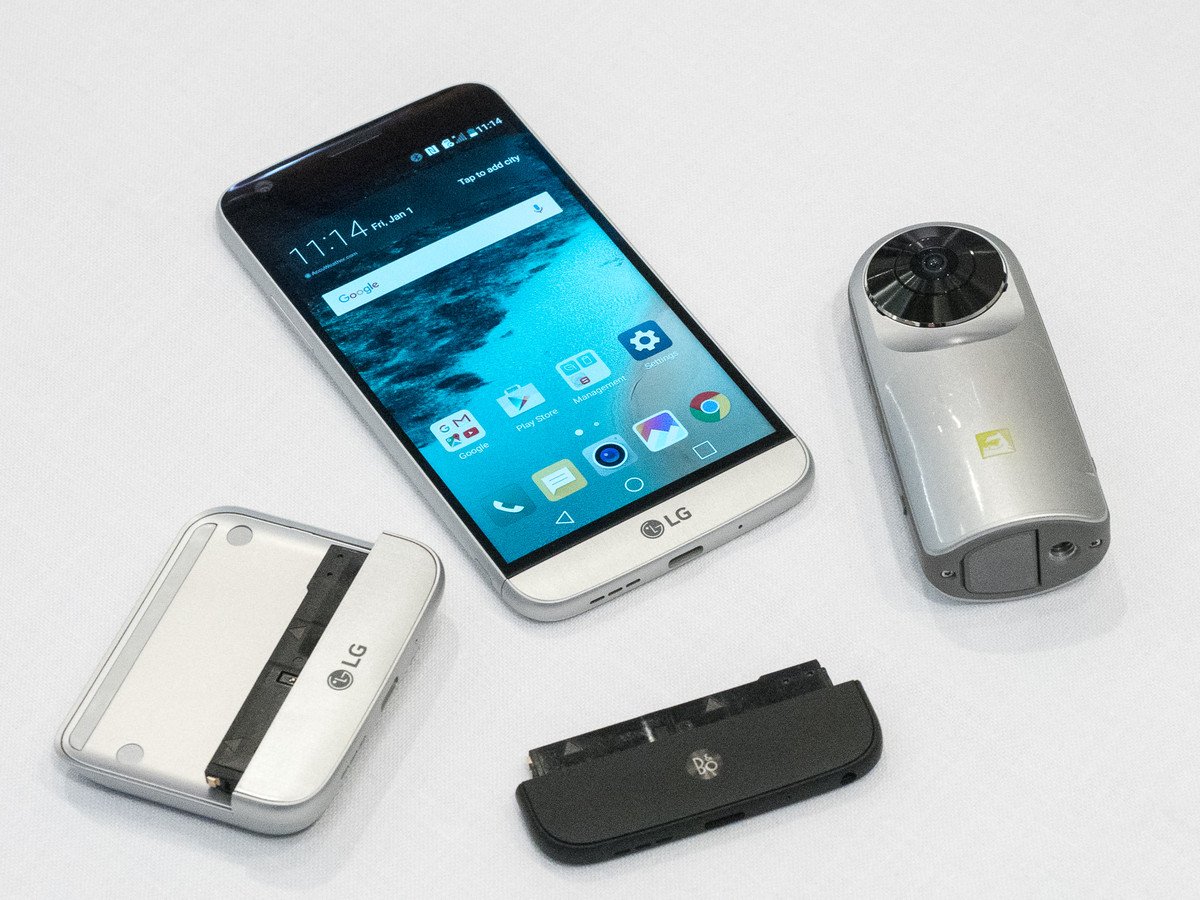 We were primed to fall in love with Apple’s new iPhone 7, but the rumors surrounding it tempered our excitement. Then came the early tests, wherein the device proved to be a slight upgrade over the 6, 6s, and 6s Plus, but hardly worthy of a full overhaul. Apple made promises that it would be tweaking the final product and making good on our hopes and dreams. Now the iPhone 7 is here, bearing the standard $649 price tag, and it has many former devotees to the great and powerful Apple looking for a product that can actually fulfill their modern needs, rather than sticking them with the dreadful, losable Bluetooth AirPods that no one asked for.

To this end, we’ve begun searching for a smartphone that has most of the features of the iPhone 7, without the arduous drawbacks. Currently, we’ve found 7 iPhone 7 alternatives that we think will make you just as happy without the buyer’s remorse.

There’s a lot to love about the iPhone 7, which makes it a tall bar to clear for any phones on the market today. Apple spends a fortune on R&D, which is why they continually rank at the top of the pile for performance. Here’s what we looked at:

Memory: Comparable RAM and storage were a necessity, as they are with any smartphone. We sought out products that had the same 32GB of storage or more and clocked in at a similar 2.23 GHz worth of power under the hood. 3 gigs worth of RAM was also what we demanded.

Camera: The dual camera system on the iPhone 7 gives it DSLR-grade quality right in your hot little fist. That’s a big deal for the selfie-snappers out there, and one of the biggest selling points of Apple’s new small wonder. The good news is that they aren’t the first to attempt this, so we had some options to choose from. Their camera is 12 megapixels and has a massive light allowance, which are hard benchmarks to replicate.

Performance: Better speakers improve the sound quality and surround sound (such as it is on a tiny phone) while the A10 Fusion quad-core CPU is 40 times quicker than the A9 that resides in the 6s. It also boasts a bit more battery life. Apple calls it “the most powerful chip ever in a smartphone.” While that’s not quite true, the God’s honest is that it does run like a hare that’s tweaked up on old school Crank.

Size: We live in the age of the giant “phablet” which means users expect a ton of real estate on their screen. The standard 7 has a 4.7-inch display, with the 7 Plus coming in hot with 5.5-inches worth of space. These include resolutions of 1,334 x 750 and 1,920 x 1,080 pixels respectively. We wanted any competitors to look nearly as purdy. It also supports 3D Touch and is 25 percent brighter than the iPhone 6s. That’s a lot of eye candy.

Durability: Apple has managed to climb out of their ivory tower and recognized that water and dust exist in the world. It figured its devices should probably be capable of dealing with that. Solid out-of-the-box dust and water resistance is part and parcel with the 7, and we wanted phones that at least made an effort at keeping your delightful device safe, even when it’s out of its OtterBox case.

Look & Feel: The iPhone 7 is undeniably sexy. It’s slender and comes in Jet Black, among other options. It’s also trim and slim, which is why they had to cut out the headphone jack – that, or their hardware designers are just lazy. Anything that dared step to the line better bring some hot looks and a similar streamlined feel. Apple’s managed to even cut the home button in favor of a haptic touchscreen. Without a few sexy bits of swag, we can’t rightly call any alternative a reasonable choice.

Operating System: Apple’s new iOS 10 is a beast, to be sure. Anything that ranked would need to have something in the same ballpark.

Cost: $649 is the starting price of the iPhone 7. That’s pretty easy to undercut, so this wasn’t much of a challenge. Really, if we didn’t need to sell our gold fillings to get it, the phone went on the list.

Using all of those as our basis for comparison, we managed to beat the bushes and find these iPhone 7 replacements that deserve a chance to shine.

Sliding under the radar by releasing a day earlier than the iPhone, the V20 has a dual display and offers Android Nougat as its OS from the word “Hell Yes!” The screen is a beastly 5.7 inches with a 1440 x 2560 resolution display that is downright eye-popping. Also a dual camera and, hey, it’s ranking in at 16 megapixels. Price is precisely the same as Apple will give you for their piece. If anything is a true iPhone killer out there, this is going to be it. The one downside is the Snapdragon processor that is on par with the A10 Fusion, though just barely. The 4GB of RAM helps it keep up, however.

Going with Samsung’s S7 Edge line is so obvious we feel like fools for mentioning it. The Note 7 would easily be top of this list, if it would just stop blowing up. The Edge carries 4 gigs of RAM and runs a display that 1440 x 2560, both of which trump the 7. Storage starts out at the same 32GB, and the camera is a 12 MP, though not a dual. That sexy curved screen is also all the “IT” factor we require. 2.40 GHz worth of processing in a full octo-core (that’s four more cores than the 7 allowing for better app swapping and multi-tasking) gives it screaming benchmarks.

The S7 has most of the same equipment as the Edge, without quite the same level of flash. The screen is a 5.1-inch instead of a 5.5 and the battery life isn’t quite as high. Both the Galaxy models turn in at about $50-$100 more than the iPhone 7, which is a bit of a deterrent. You also can’t get them in Rose Gold.

Though the S7 Edge and the LG V20 are the most comparable, our favorite flagship marauder is the OnePlus 3. The 16 MP camera is great, not exceptional, and there’s no Micro SD slot, leaving you to trust the cloud, which are the major drawbacks. Now that the bad news is out of the way, there’s 6 gigs worth of RAM and 64 GB on the basement model of the OnePlus 3, which gives it quite a leg up on the competition. The battery runs about a day, necessitating either charging or a battery case, but the bargain price makes this a high-end piece for anyone on a budget. 2.2 Gigahertz quad-core processing pops and sizzles. This makes “Made in China” a brag.

At about 50 bucks less than the 7, the HTC 10 has a whole array of good looks, including colors like Topaz Gold and Glacier. The rear camera is an impressive 12 MP, though the front one is a scant 5 megapixels, which is nowhere near the 8 on the iPhone 7. 4 gigs of RAM keep it from feeling too dated, though the Dual-core 2.15 GHz doesn’t scream, but certainly yells pretty loudly. For audio, the headphone jack (yeah, it has one) is incredible, pushing out some outstanding audio that Bluetooth can’t touch. Audiophiles, make note.

A bit of a cheat, those who don’t need to be on the bleeding edge can save at least $100 sticking to the 6s, now that the 1st-dayers have a new toy. It will be able to upgrade to iOS 10, and though a little slower and less durable than its new brother, the minimal overhauls to the 7 mean you’re not going to be missing much. Plus, it buys you time until Apple can figure out the 7s, or 7q, or 7fml, when the real upgrades will hit.

The G5 is a strange beast. First off, it has a 16 megapixel camera that is also a dual, giving you much of the same depth as the iPhone 7’s much-ballyhooed shooter. You can actually pull the battery out of this one with ease, permitting you to upgrade the power pack – which is admittedly a little weak off the line. What’s better is that the same feature that allows you to pull out the battery lets you upgrade your audio, the camera grip, and many other features as more developers get on the bus. A 2560 x 1440 screen res and 4GB of RAM keep this moving, but the processor is a little bit of a snooze.