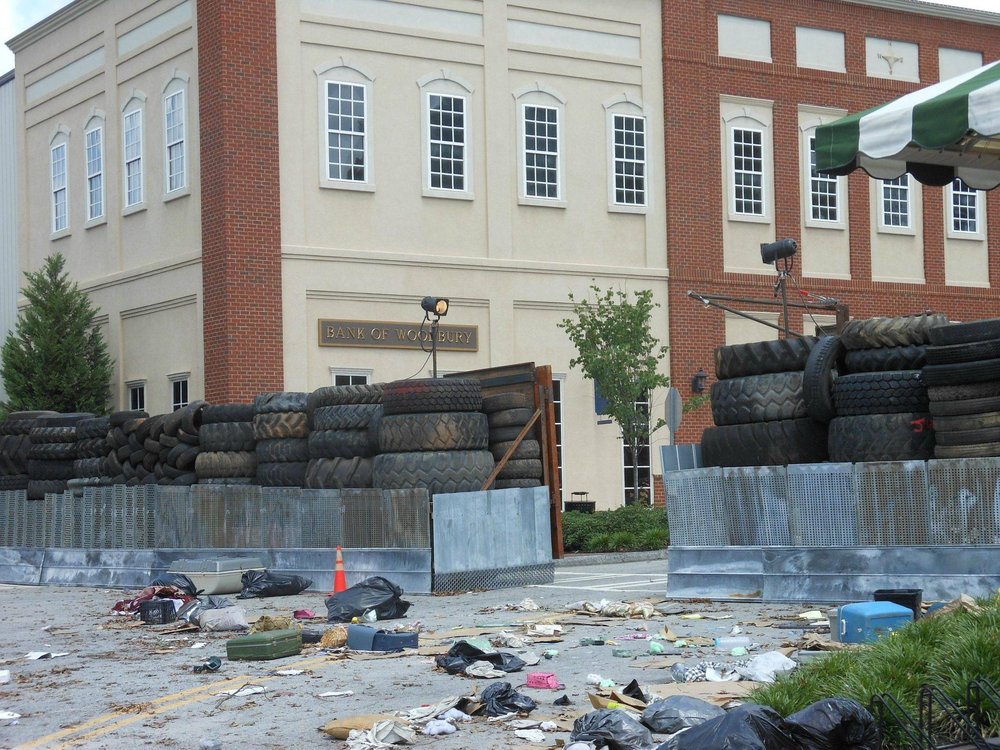 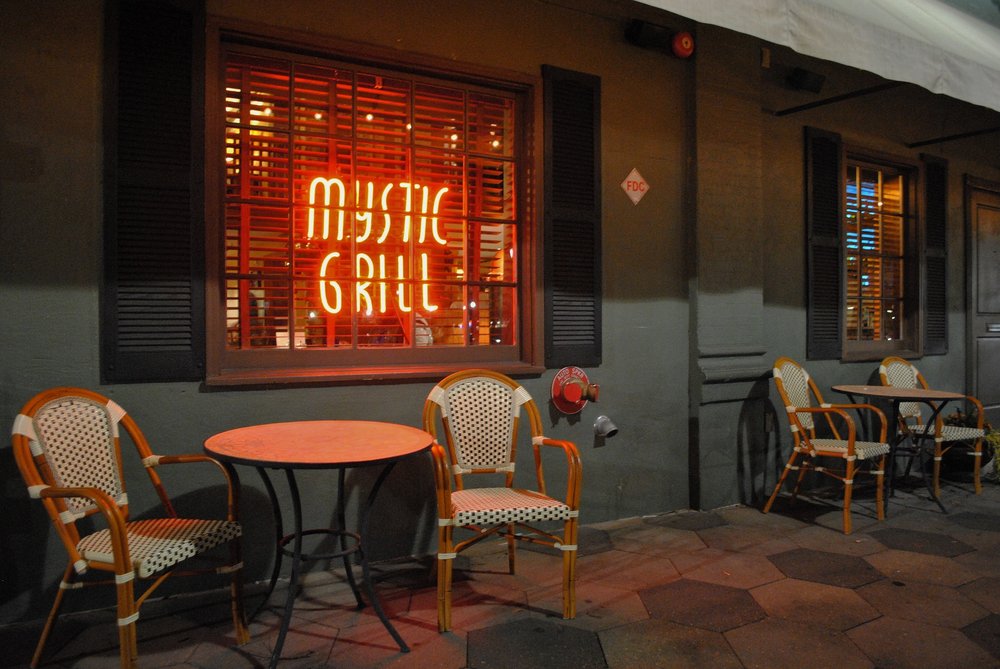 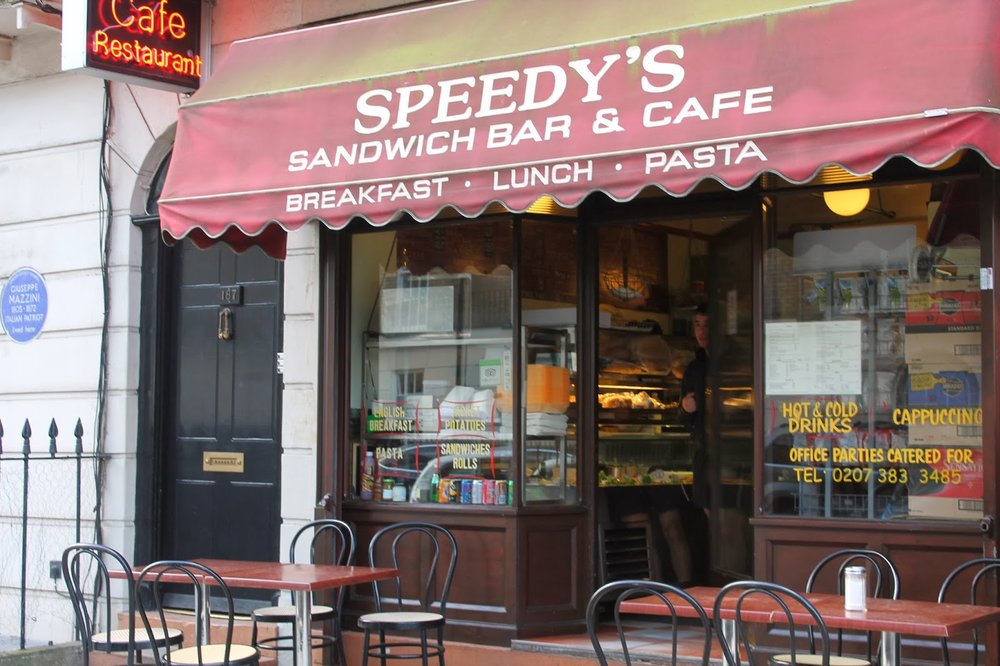 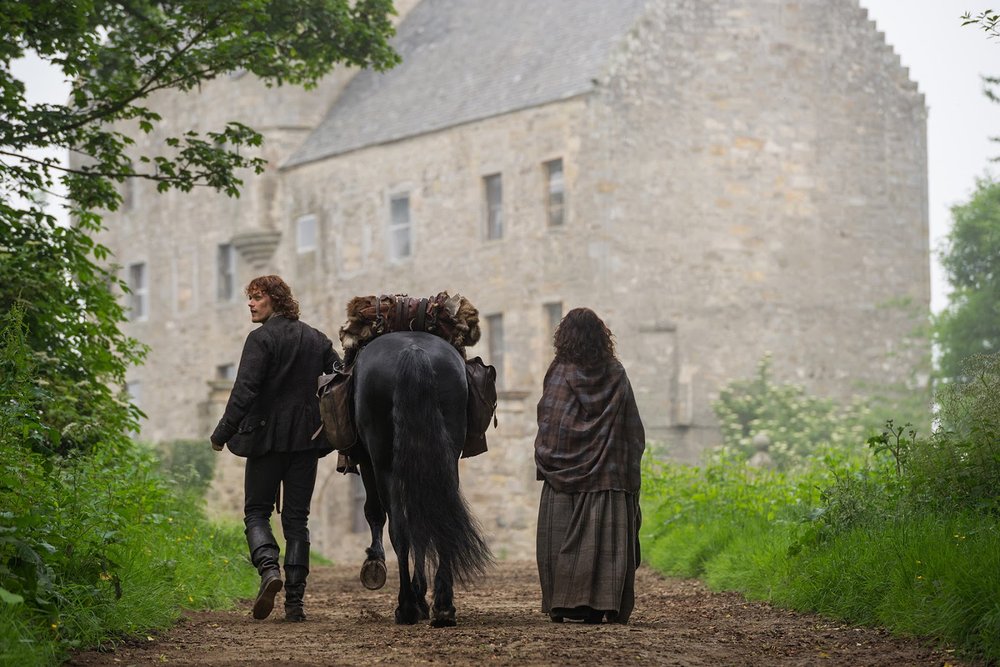 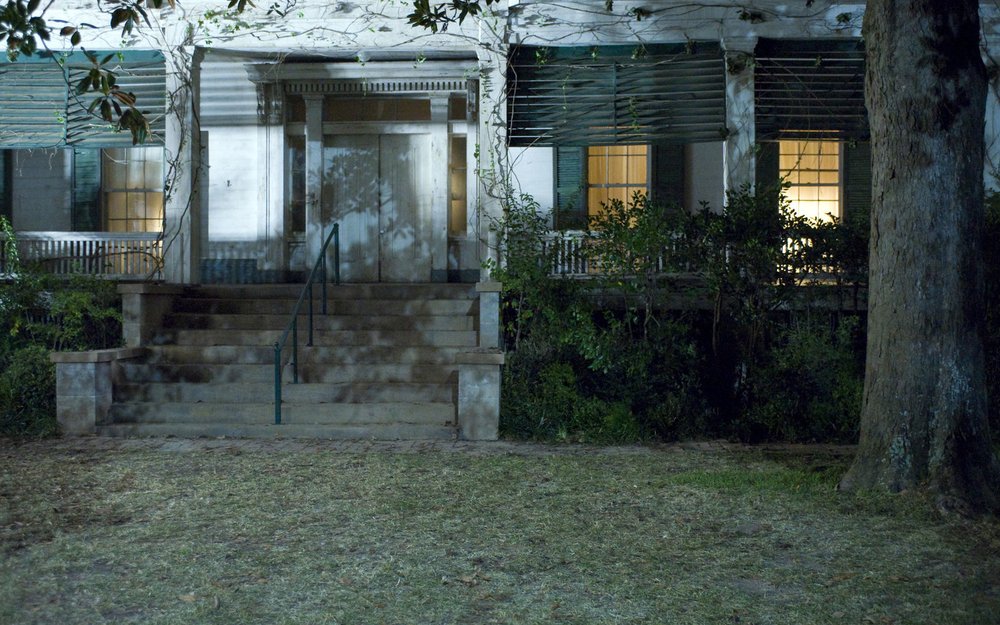 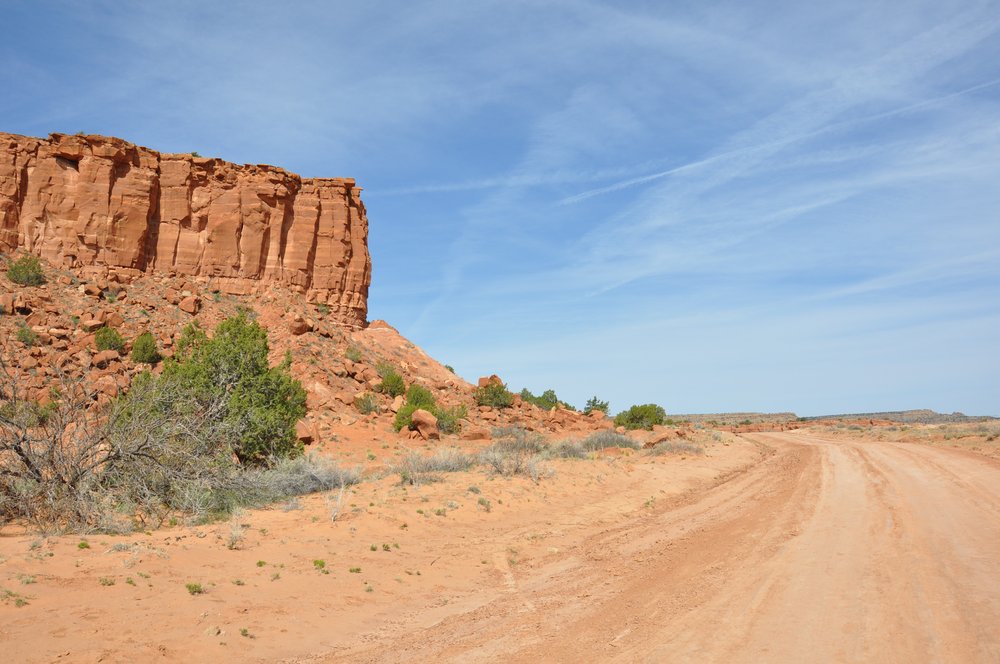 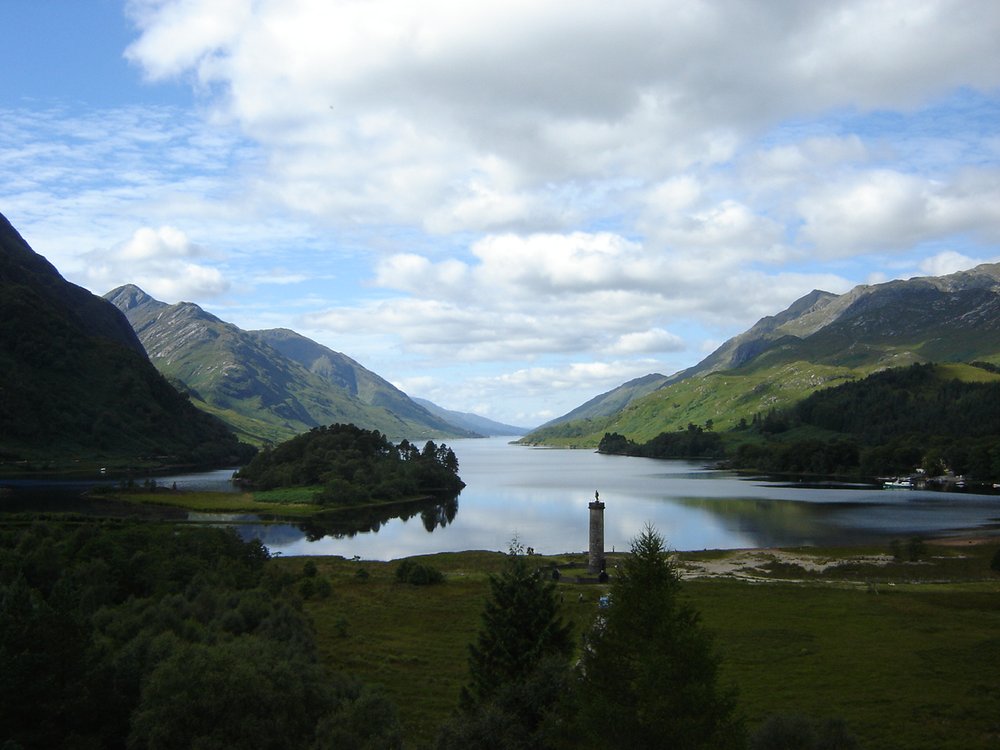 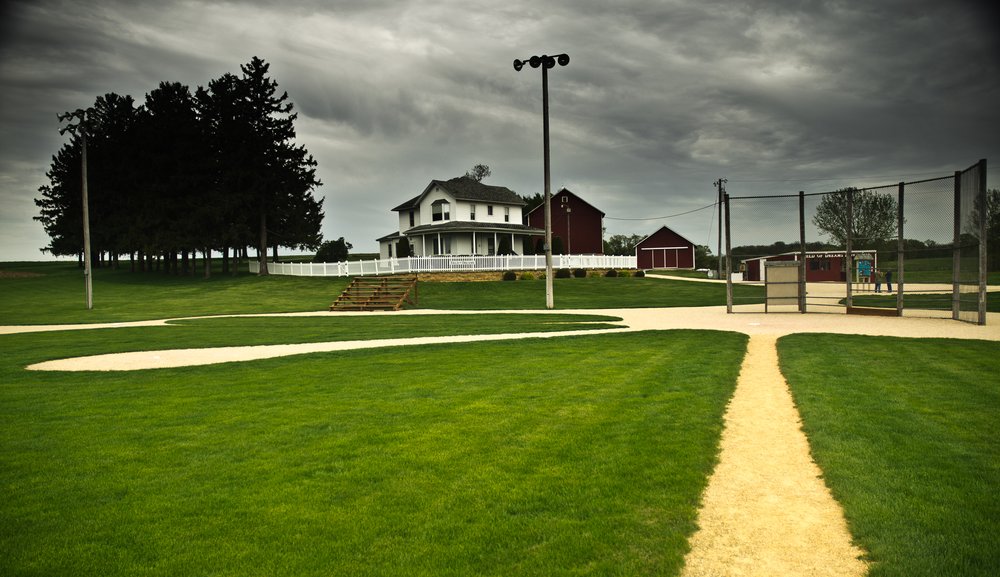 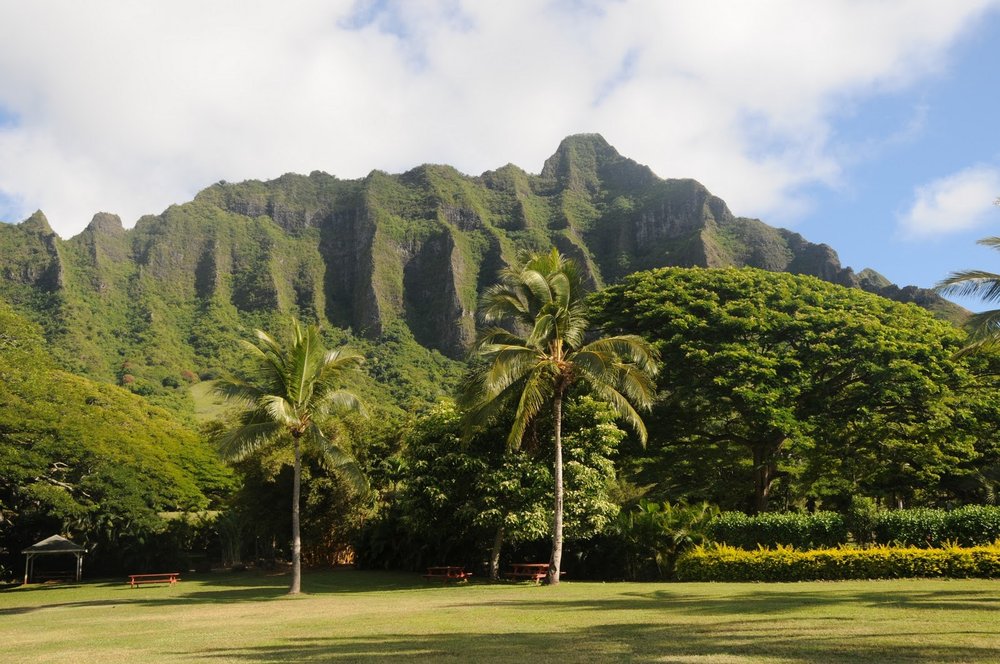 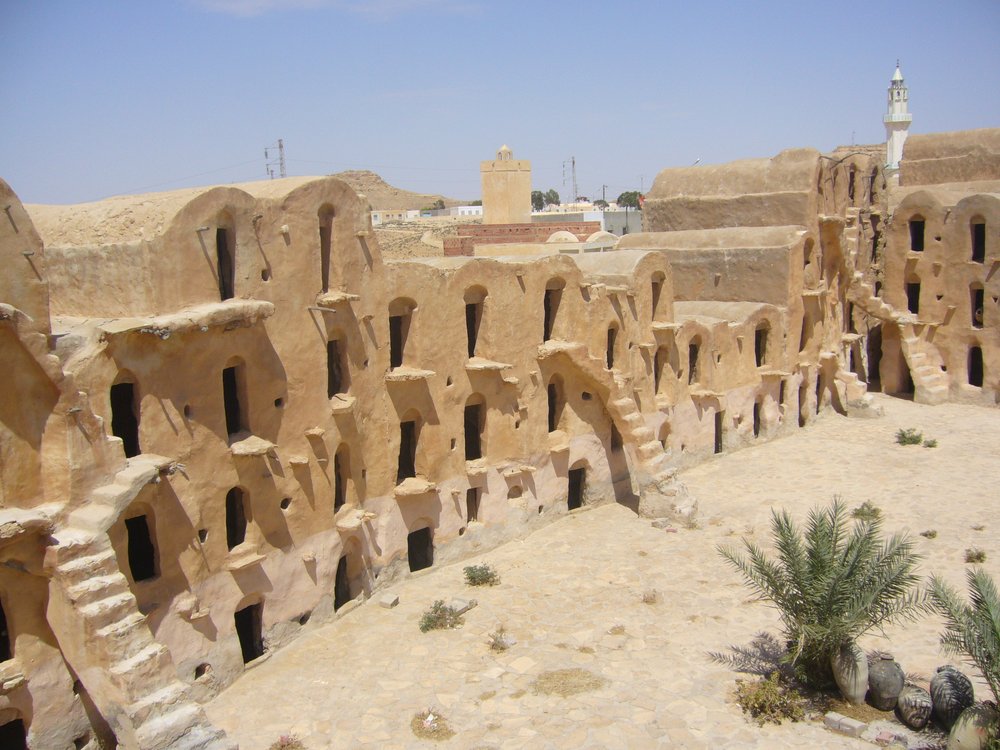 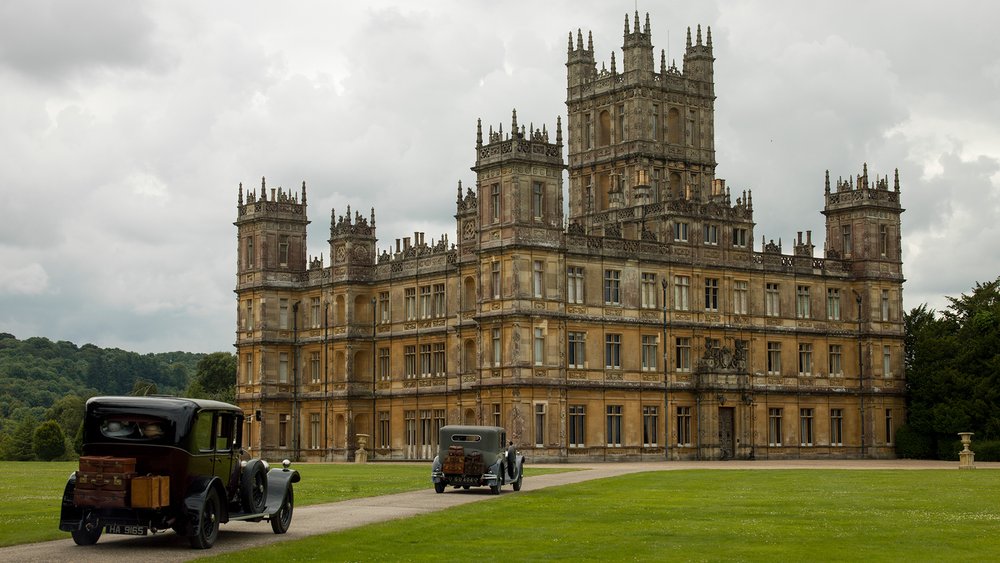 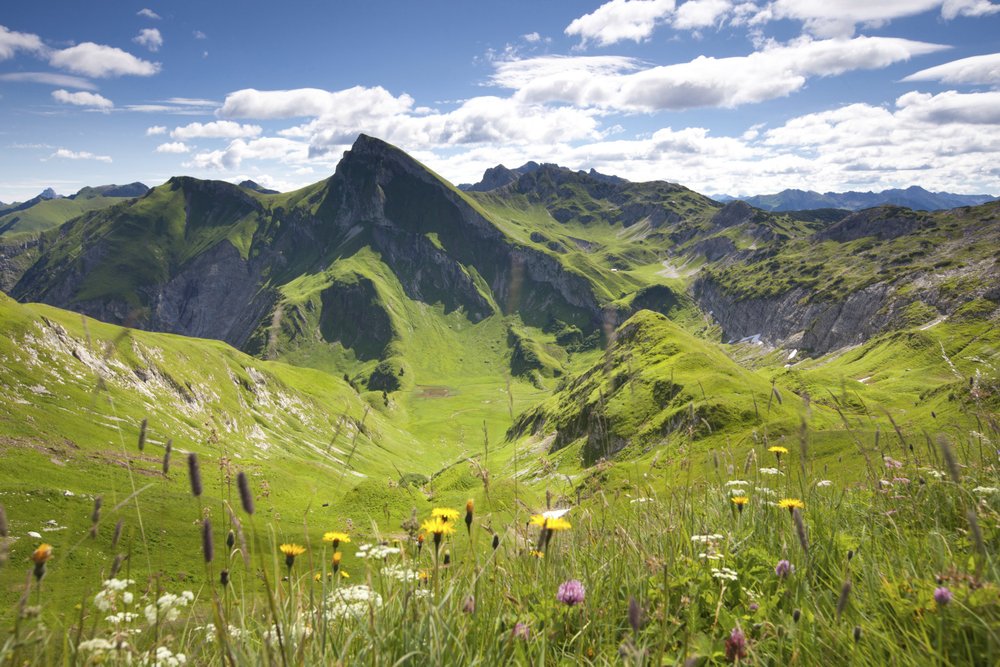 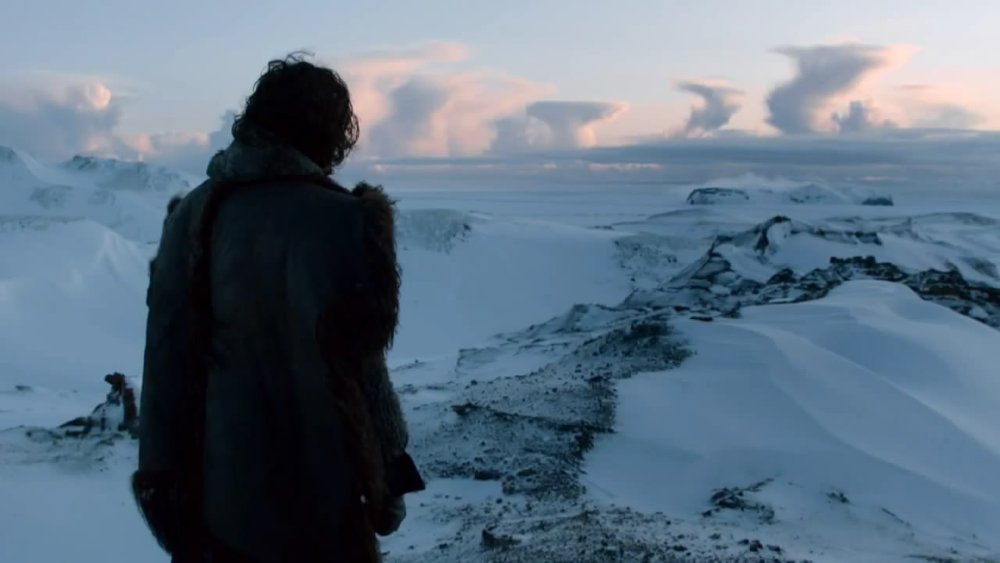 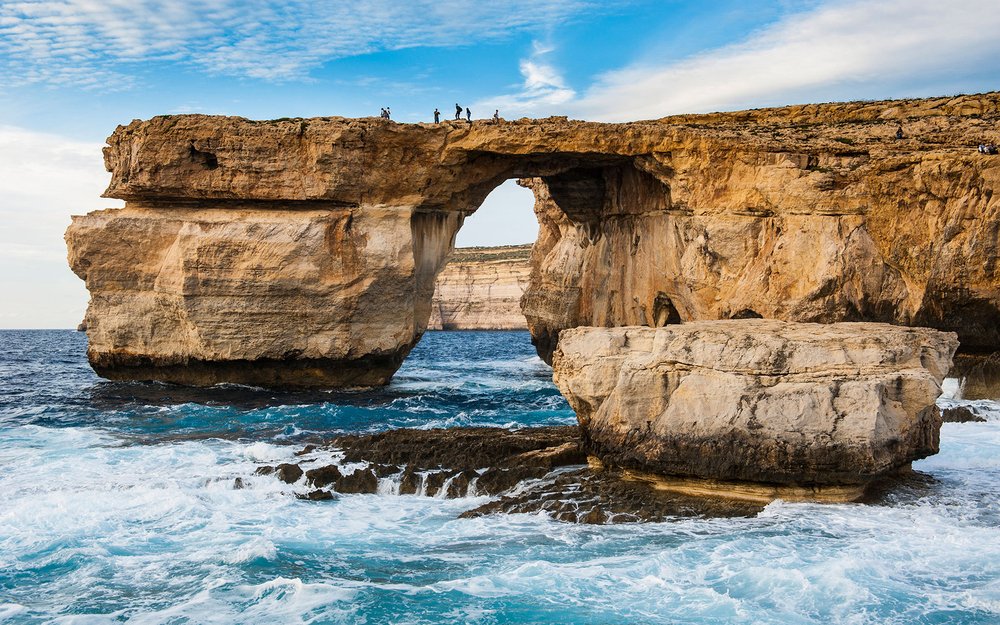 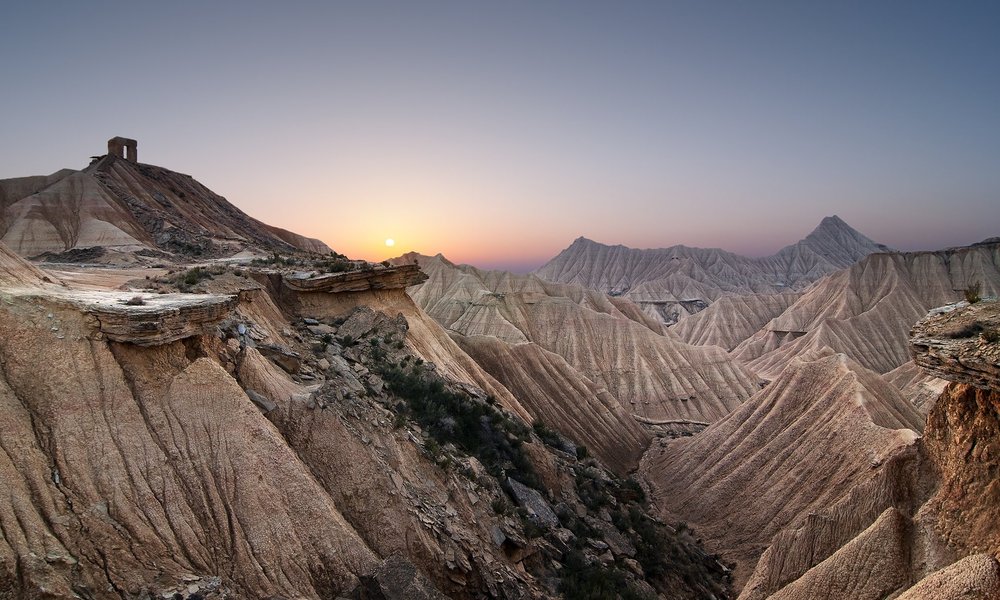 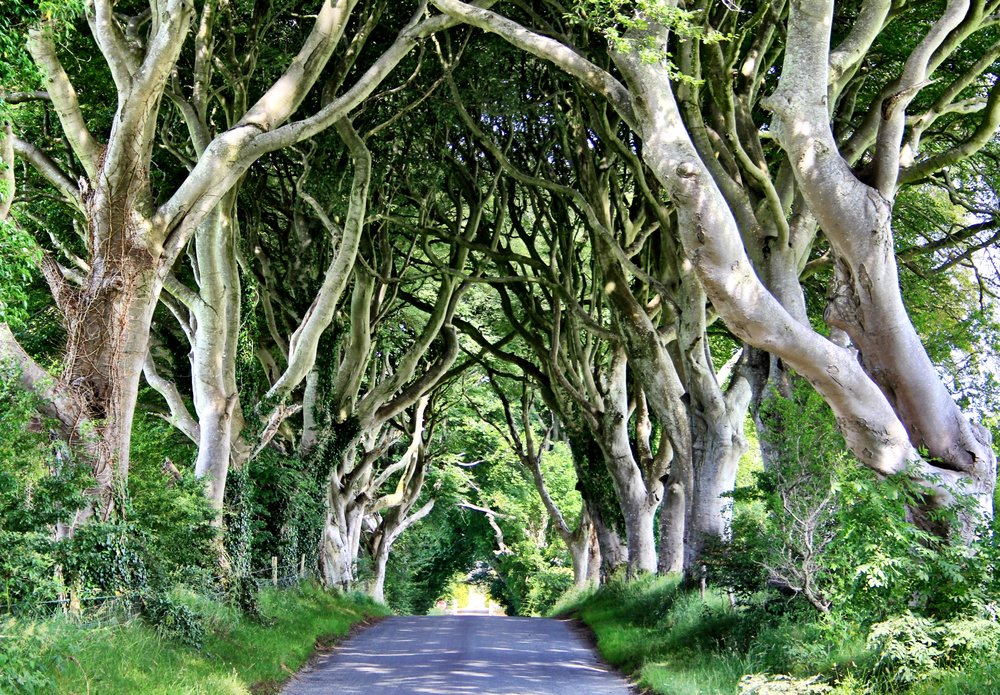 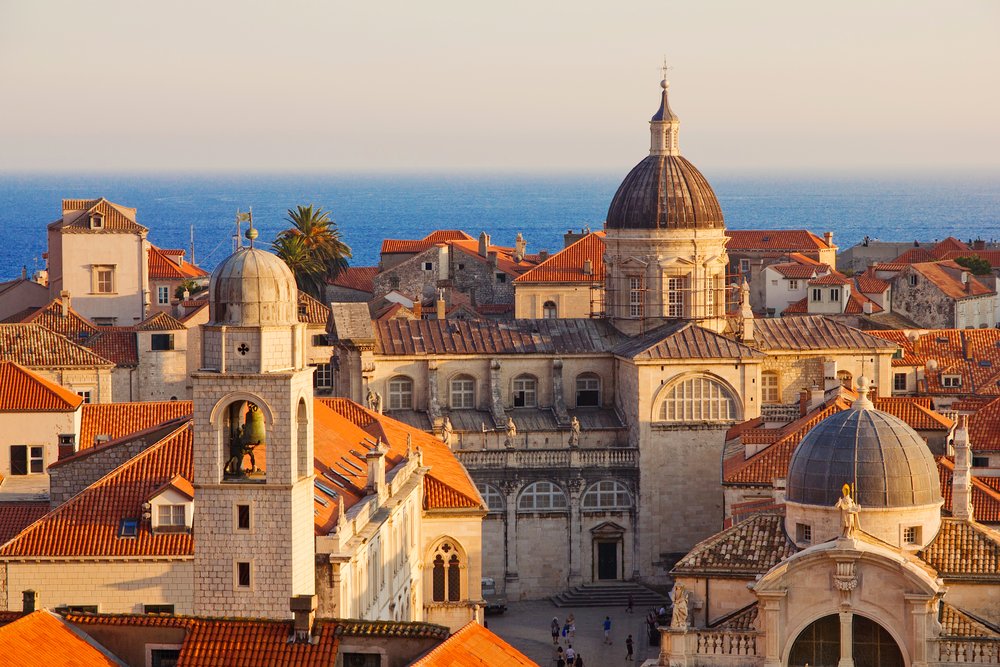 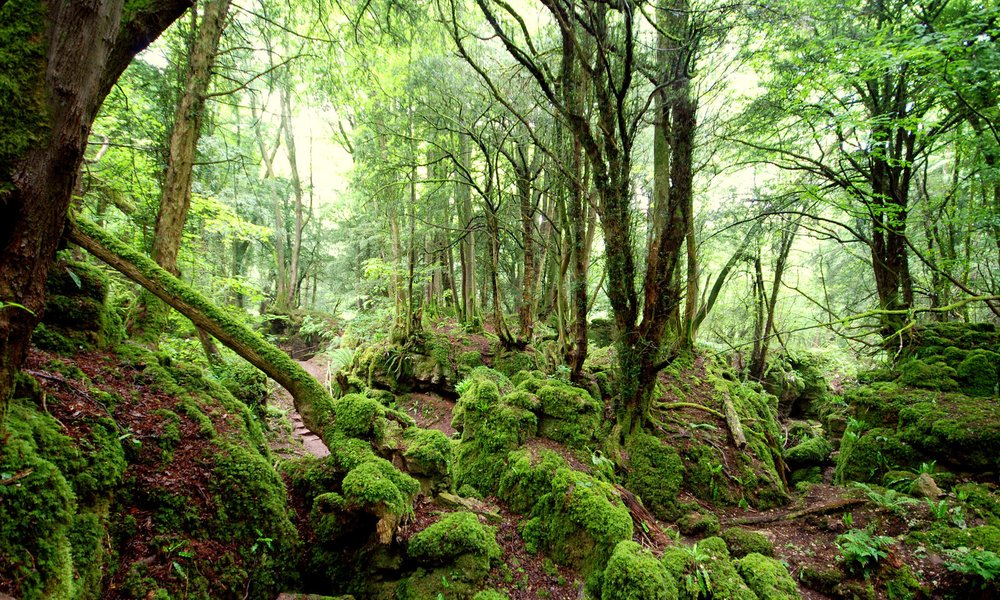 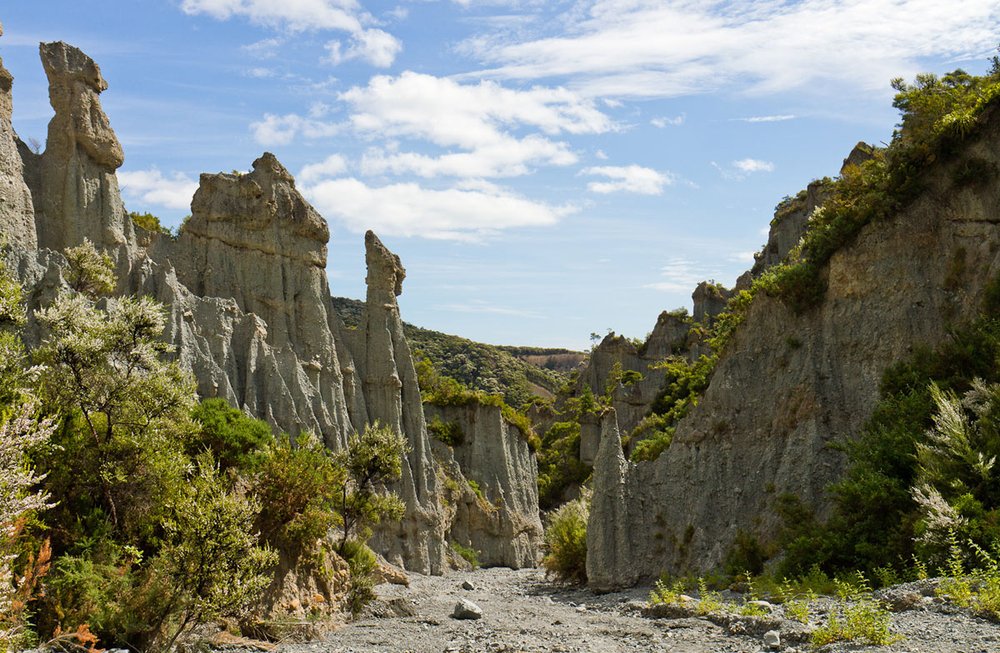 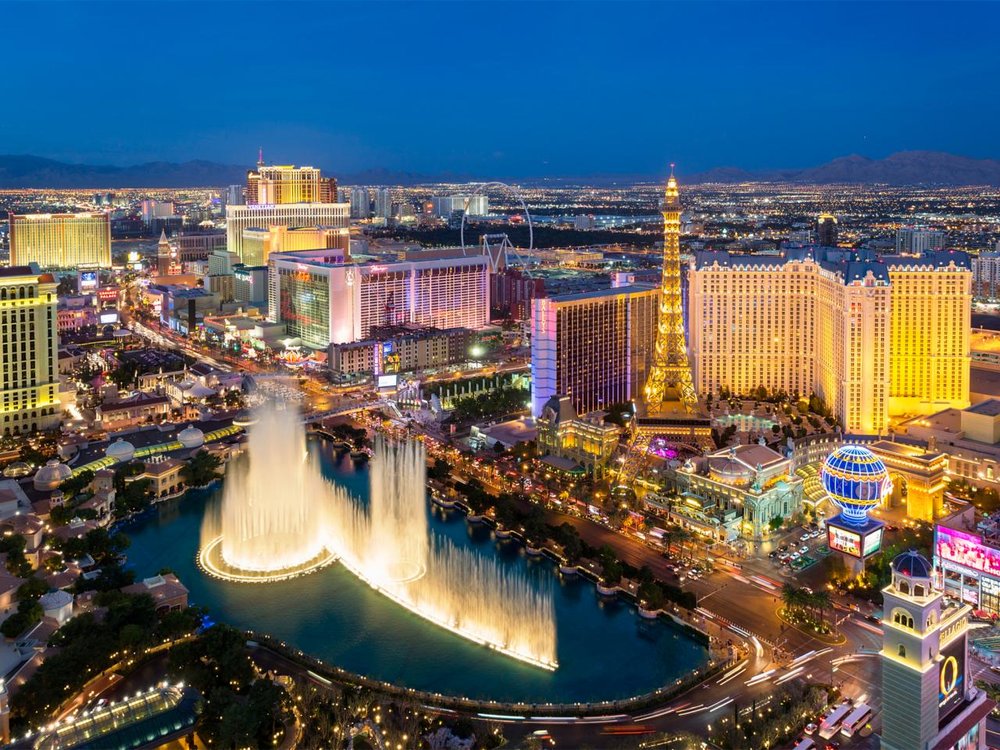 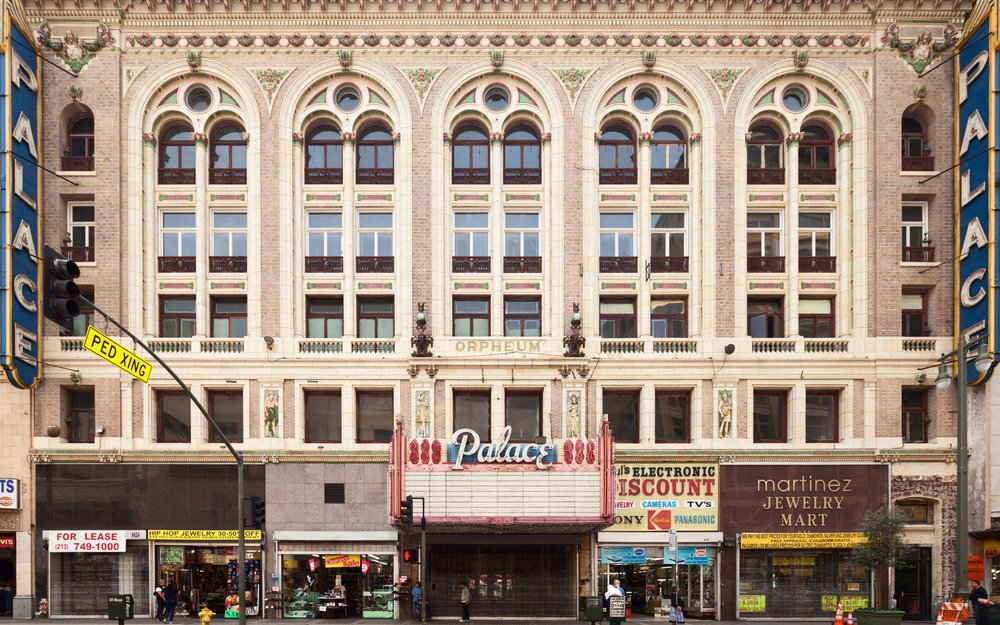 Being transported away from the arduous grind of our ordinary lives as we live, work, eat, sleep, and die in a series of boxes is one of the draws of television and movies. Far from the smoggy cityscapes full of freeways and endless people, we all long at times to disappear into the screens around us to visit forgotten lands, ancient ruins, sparkling beaches, and even bustling, gritty places where the law is nothing but the pistol on your hip. Each evening we push our minds out of our tiny homes and into the great beyond, where innumerable stars look down on us, green valleys beckon us, and clean urban lands open before us with possibility, promise, and danger. There’s no reason we shouldn’t visit, since almost all of these places are real.

The Lord of The Rings film trilogy started a trend of television and movie travel destinations by showing people the lush land of New Zealand, which has been riding high on tourists wishing to see The Shire ever since. More than that, the lovely locales that create the backdrop for innumerable television shows and big budget films have also become hotspots for those looking to get away. These living postcards offer a vacation not only far from home, but far from your state of mind. Stop living vicariously through the black box and start experiencing the real beauty around you by “set-jetting” off to the 22 most incredible destinations ever put on a screen; with loads from GoT.

In many, northern Ireland conjures up few idyllic notions, given the historic strife in the region. Much of the land is actually lovely, including the area where you can find Winterfell Castle, home to the Stark family. Tours of the area abound, but you’re also welcome to go on your own to see the innumerable places where wind, biting cold, and beauty collide in splendor.

For those who require an even more harsh but lovely landscape than the Northern piece of the Emerald Isle can provide should see the place where they film for The Wall and the icy home of The Wildlings. Glimpse the northern lights, stay in an ice hotel, and you’ll see why Iceland is climbing the boards as a tourist destination for the adventurous.

Mostly popularized in the first season, back when Ned Stark could walk and talk (spoiler) Malta has walled cities that comprised King’s Landing as well as many of the Dothraki lands. The chipped and sandy look of the place speaks to anyone with a fanciful imagination, and the real-life world is a fast-paced funhouse that can be a double dose of excitement.

If you wish to walk the actual streets of the doppelganger for King’s Landing, Dubrovnik is the place you seek. Though some CGI and artistic license has certainly altered the promenades, there’s cathedrals, palaces, towers, and battlements aplenty, good for being swept away to another time, even if not all the way to Westeros.

The latest addition to the sterling landscapes featured on GoT, Tudela is breathtaking in real life, and proof that the real world trumps anything you might find on the small screen. Littered with gruesome depictions of demons and impaled bodies on the very stone, Tudela begins with horror, then astounds with grim, majestic beauty that truly looks like the home chosen by The Mother of Dragons.

From: The Sound of Music

It wasn’t long ago that the timeless classic about Nazi occupation of Austria celebrated its 50th anniversary (the original, not the dreadful remake). In spite of decades apart, the land of Salzburg has been kept as green and pristine as when Maria and the Von Trapp children noted that the hills were truly alive. Eden on Earth, even a digital remastery doesn’t do the vales justice.

The juggernaut of a family living in Edwardian times took the world by surprise storm and launched an entire branch of tourism dedicated to seeing lands that are not that far out of time. In Riponm Downtoners can have high tea at Highclere Castle, and jaunt about the rolling lands and quaint world of Bampton, the nearby township.

From: The Lord of the Rings

Green for miles with every vista looking like a set, much of the bucolic New Zealand landscape looks exactly as it does in the film. Go and be dazzled.

Puzzlewood in the Forest of Dean, Gloucestershire, England

From: The Force Awakens

Star Wars fans who want to visit the forest where Rey and Ren clashed can easily find it. This space also saw action in Harry Potter and the Deathly Hallows, making it a geek twofer.

From: Star Wars: A New Hope

Luke’s desolate homeworld of Tatooine is based on an actual city in Tunisia. Serious fans who wish to visit the big light blur of the desert planet might not find much in the way of sights, but at least it’s a dry heat.

To help you forget about the finale of the show in purgatory where nothing was answered and no one really cared, visit Hawaii where you can see waterfalls that will take your breath away, and that’s before you get to the real views.

From: Sex in the City

You can take a Sex in the City tour to visit the 5th girl from the show, Miss NYC herself, or you can just walk the streets of the city that never sleeps. It’s a mob of personality all its own.

It’s Vegas. See a show, see a whole array of prostitutes, lose your shirt at the tables, get a neon tan, eat cheap prime rib until you’re sick, engage in the best arcades in the world, and debauch to eradicate your Hangover memories. Vegas, Baby, Vegas.

From: Field of Dreams

Perhaps the most notable sports movie of all time, and one of only three times a man is allowed to cry in his life, seeing the Field of Dreams field will make you want to have a catch with your dead dad. Even if you were born in a tube.

The Highlands of Scotland are inspiring in their combination of lushness and bleak abjection. Warm yourself with a few single malt scotches, and just enjoy.

There’s a lot of sets from the show, but finding actual blue meth is a whole lot harder than you might imagine. Take our advice and avoid trying it. Also: Don’t throw pizza on any roofs.

Bill’s house in Bon Temps is as real as the town itself is fictional. A lovely southern bit of rambling glory, it’s classic architecture from the darkest period in America’s past.

A spectacular show that everyone should be watching is also eye candy that anyone who loves rich fields and Revolutionary-era architecture should experience.

Get a sandwich and solve a mystery. It might not be Baker street, but it’s as close as you’re going to get while hitting London proper.

From: The Vampire Diaries

A landmark that has grown up around its own special mythology, The Mystic Grill is a living testament to the show where the only people who are bigger Vampire Diaries dorks than the patrons are the employees.

Built in 1911, the Palace is a Vaudeville landmark, but is also where Olivia Pope and her fellow fixers hang their hats. Giving it a D.C. makeover is strictly Hollywood magic.

From: The Walking Dead

Harken back to when The Walking Dead was good with a visit to Woodbury, the famed happy home of The Governor and his insane tanks full of zombie heads. There’s no gates to keep out walkers, but the quaint feel is enough to give anyone a nostalgic chill.