Style Guide: How To Wear A Gray Suit With Brown Shoes

The business world has become divided into two camps. There’s the mostly casual jeans and jacket variety, where creativity and corporate savvy combine. This includes the tech geniuses who wear the same thing day after day. Then there’s the ultra slick double breasted, Double Windsor, pinstripe set. These natty sharks are dressed up and down, showing great precision in their clothing, but about as much variety as a herd of zebra. It’s tough to break from these trends, but with a slick gray suit mixed with brown shoes, we think it’s not only possible, but necessary.

Though many fashion mavens shy away from this look as too daring, it’s actually not that hard to pull off. You just need a few simple rules to follow and soon you’ll be standing out from the crowd and proving that different can be sexy.

In Defense of Gray

Every guys needs at least one suit that is his all-purpose standard issue. Most gentlemen go with black because it matches everything, has a slimming effect, and never looks bad, however careworn or ill-fitting. We say it’s boring and beat to death. Each kid’s first suit is black, and it’s often a variation on that look that people get buried in. Breaking from the pack and going gray is a bold choice that works just as often as black, yet says you’re not just another chap stamped out of the mold. You’re a free-thinker who doesn’t mind getting noticed.

Why Mix Gray and Brown

The average person tends to consider gray to be nothing more than a lighter shade of black. That’s not true. It’s a paradox to the eye that mixes black and white to create something wholly its own beast. The reason for knowing this is recognizing that you shouldn’t just mash your gray suit with black shoes. Nothing makes you look more like a drone than that. It’s when you throw the brown into the mix that you show a nod to the classics, cast an eye toward style history, while proving you have a fashion forward sensibility.

This makes a lot of guys uncomfortable, and understandably so. The world of tailoring has become one of the elite, and most don’t even know where a quality local couturier is to be found. However, if you want to make an impression with your duds, you’re actually better off getting a nice secondhand suit then spending the extra scratch on a tailor than you are wearing something off the rack. The difference is palpable, and when pairing gray and brown, you need that extra edge.

If you can’t quite swing the expense of true bespoke shoes, and aren’t necessarily getting the best in the business, try to wrangle the finest that your budget can reasonably afford. Aim for quality and longevity. Allen Edmonds is the name we trust to last and last and last, but other options like Charles Tyrwhitt, G.H. Bass & Co., and Gordon Rush have impressive shoe lines that stand up to years of serious abuse. Plus, they have distinctive styles. For those that can spend big, Brooks Brothers, Magnanni, or whatever brand you love and trust will get you on your game.

The point of your gray suit and brown shoes isn’t to fade into the background, which means you need to make sure it’s clear you’re wearing your clothes, they aren’t wearing you. With the shoes, aim for a noticeable look. We prefer the seamed Oxford style, but some guys can make a set of slip-ons work, and even shoes with some buckles. Shine them until they gleam in their great mahogany glory.

Keep in mind that gray isn’t gray across the board. There’s many more shades than 50, from deep charcoal gray to light ash, and there’s everything in-between, as well as a few that run to the side, over the top, and around the middle. Generally speaking, you want to aim in the center, slate gray arena and trend down toward charcoal. When in doubt, err on the side of darkness. This is more about giving the suit long life, but also giving it enough gravitas to work equally well for weddings, job interviews, and funerals.

There’s not too many gray suits out there that have wild patterns, but if you find one, avoid it. Windowpanes or delicate plaids can work, as can basic black pinstripes, but there’s little cause to overdo it. They gray itself will do the talking, as will the tailored cut with the earthy footwear. Don’t try to make too many statements at once.

No matter where the hues of your gray suit fall in the spectrum, the richer the and more full the brown of your shoes, the better. Think dark coffee beans, oak wood, thick molasses, or polished teak. Perhaps go with cognac or maybe a deep burgundy if you wish for a little more red in your brown. They aren’t meant to be Wolverine or Timberland work boots. These should have real depths.

Gray and brown are both muted, neutral colors, giving you a wide range of options when it comes to what shirt you wear. Patterns are fine, so long as you’ve kept your suit a flat color. Pastels tend to really pop with this look and add the opportunity for you to really get in a few good colorful licks. You can pull this look off without a tie, but it’s going to be tough to do it right. That means a collar you can sink your teeth into.

Despite the offset of the gray suit and the brown shoes, the other facets aren’t as difficult to put together. A tie that works with the shirt and jacket is fine, even if it’s a brash color. A pocket square that sets off the tie helps make the entire ensemble look more intentional, and gives you a further “dressed up” sensibility. We like a really eye-grabbing pattern on your socks, since eyes are going to be down there anyhow. Might as well give them a show.

Get Your Accessories Together

For your tie clip, your watch band, your belt, and even your cufflinks, you should be fitting them more to the shoes than the rest of the suit. The more there are hints of brown leather or wooden tones, the more the whole package falls into place. If you want to tack on some dark brown sunglasses, or a gray hat with a brown band, it will only serve to impress. 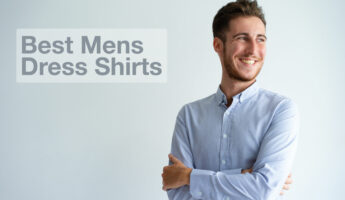 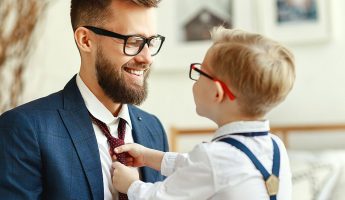 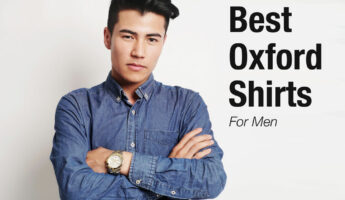 Style
Wearing a Suit Without a Tie: 15 Tips for Slipping the Noose 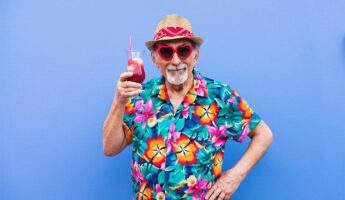 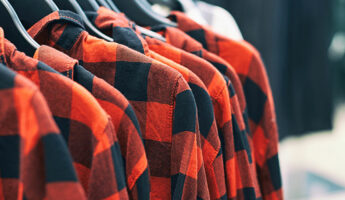 Style
Tuxedo vs. Suit: Know The Difference and Choose Wisely
TheCoolist is supported by our readers. When you buy through links on our site, we may earn a commission. Learn more.
Let's connect
What’s Hot
Join TheCoolist
100% free, unsubscribe anytime.