How to Wear a Scarf (Men’s Guide): 8 Rules and 9 Styles to Follow 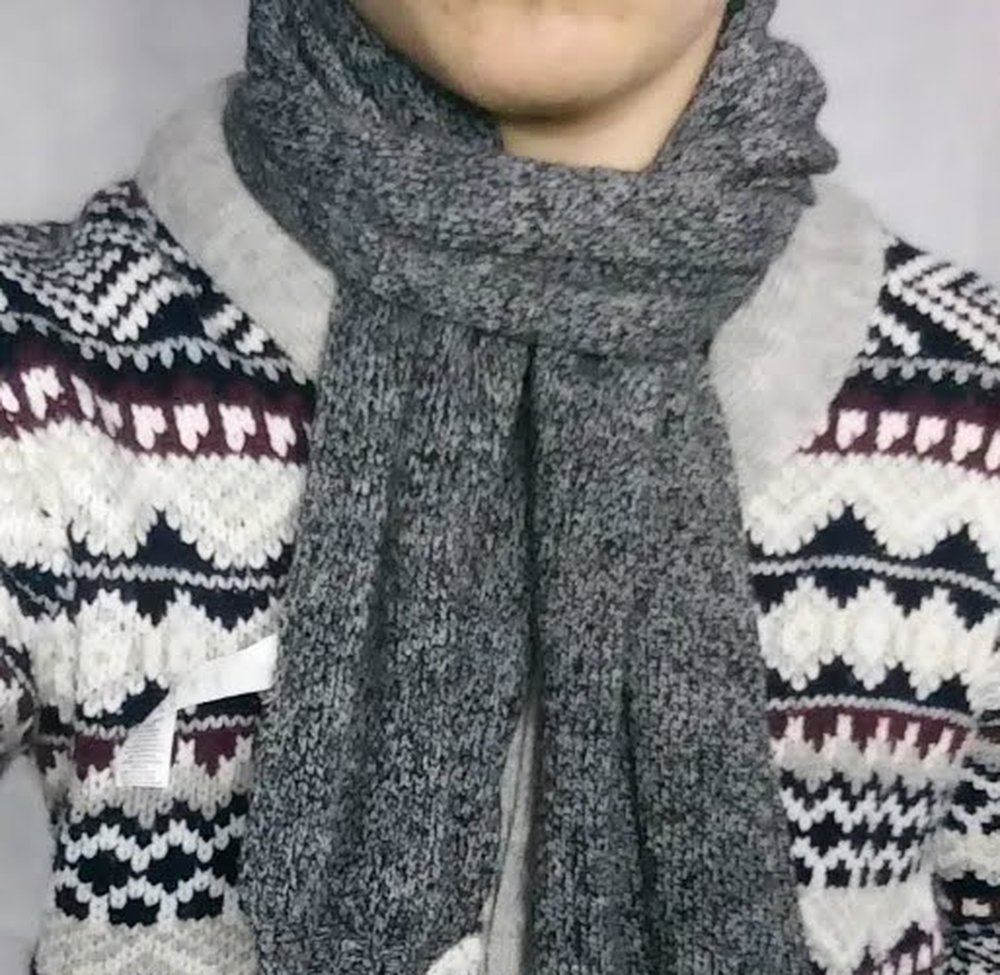 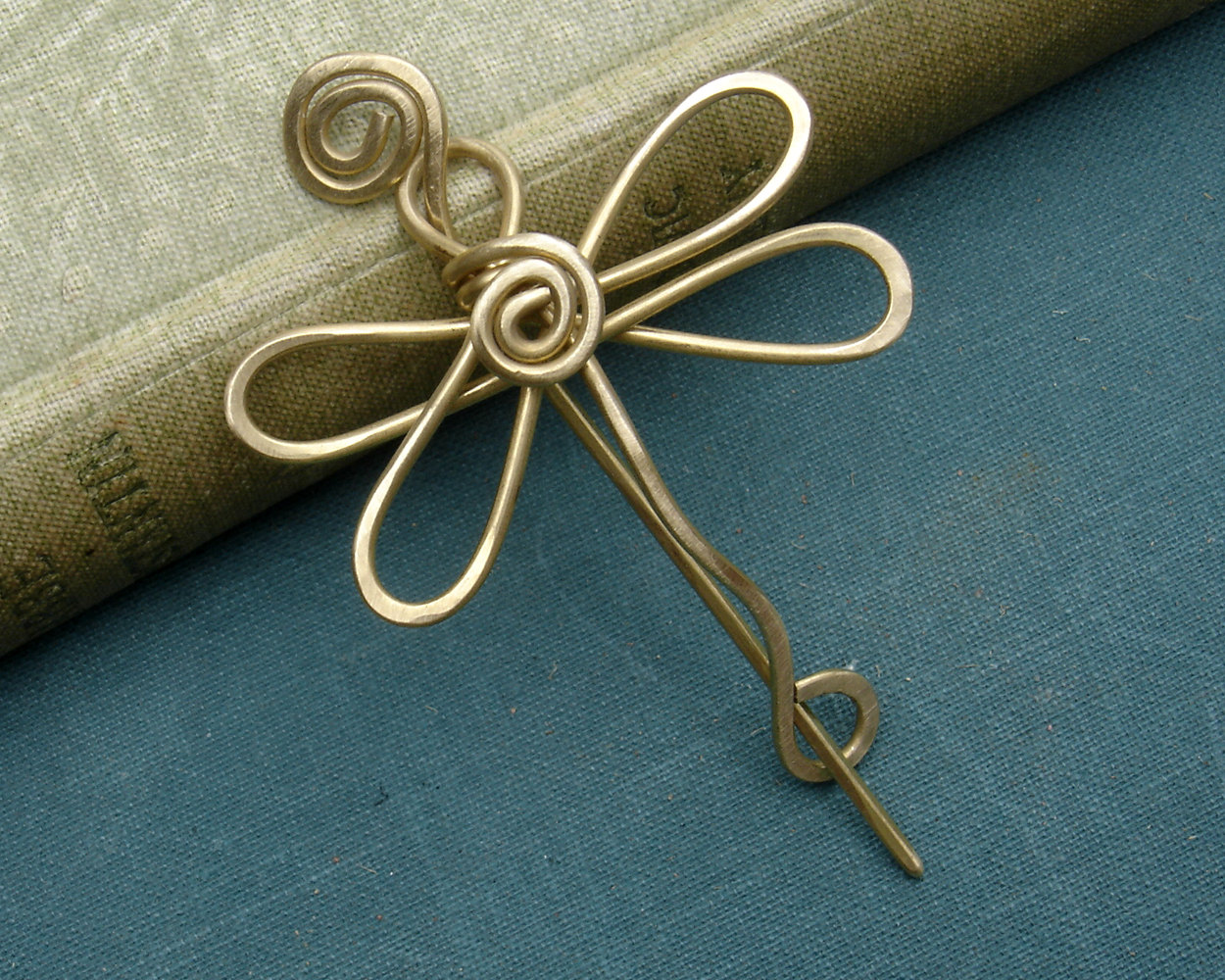 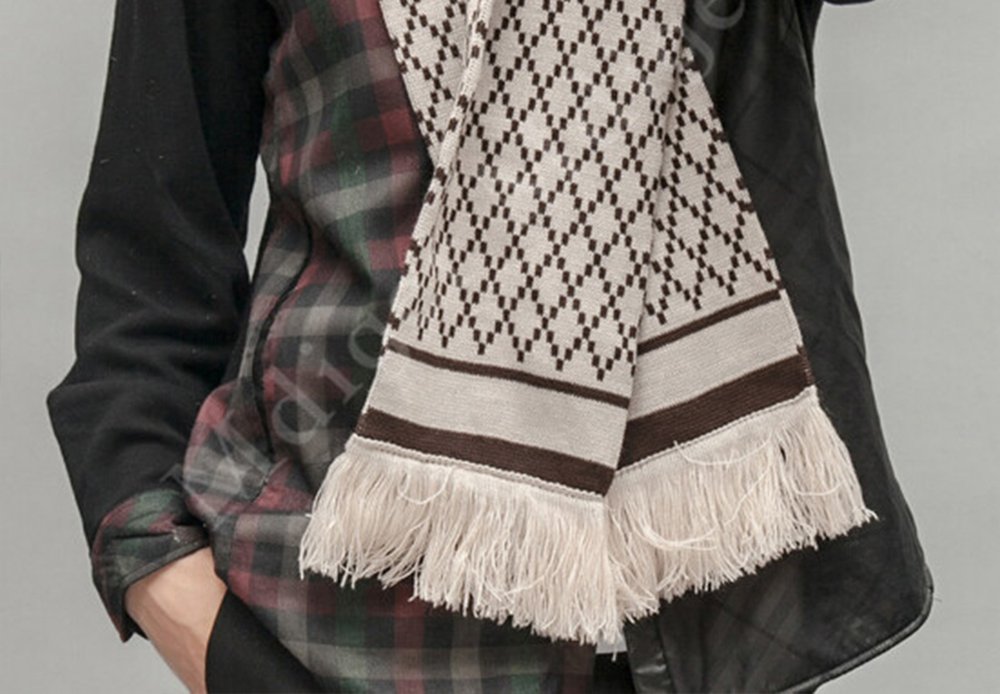 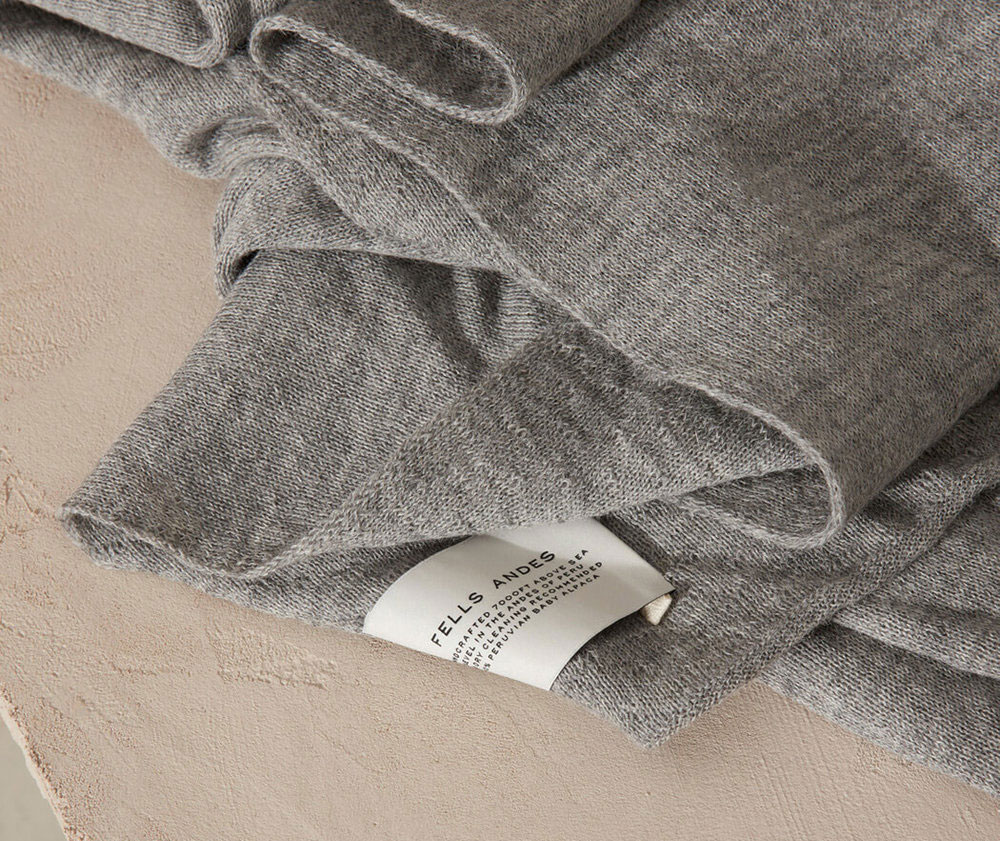 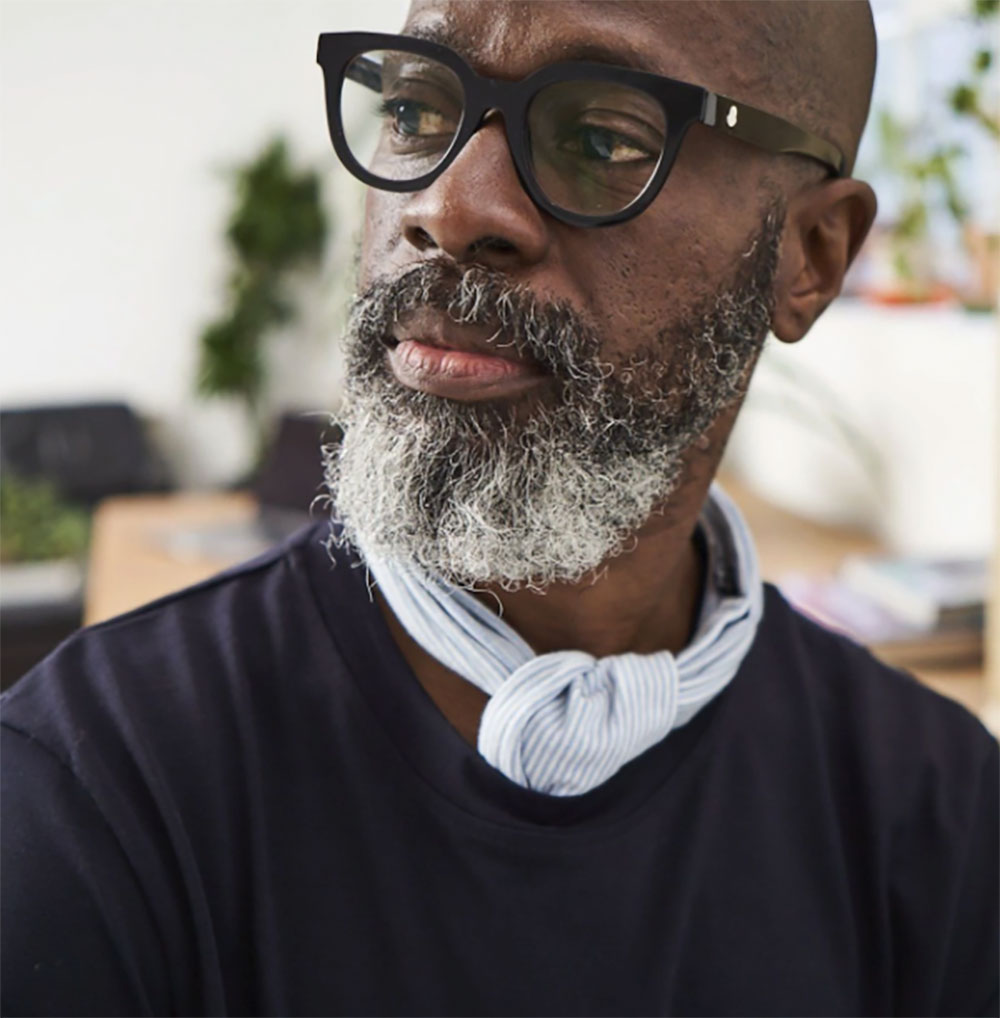 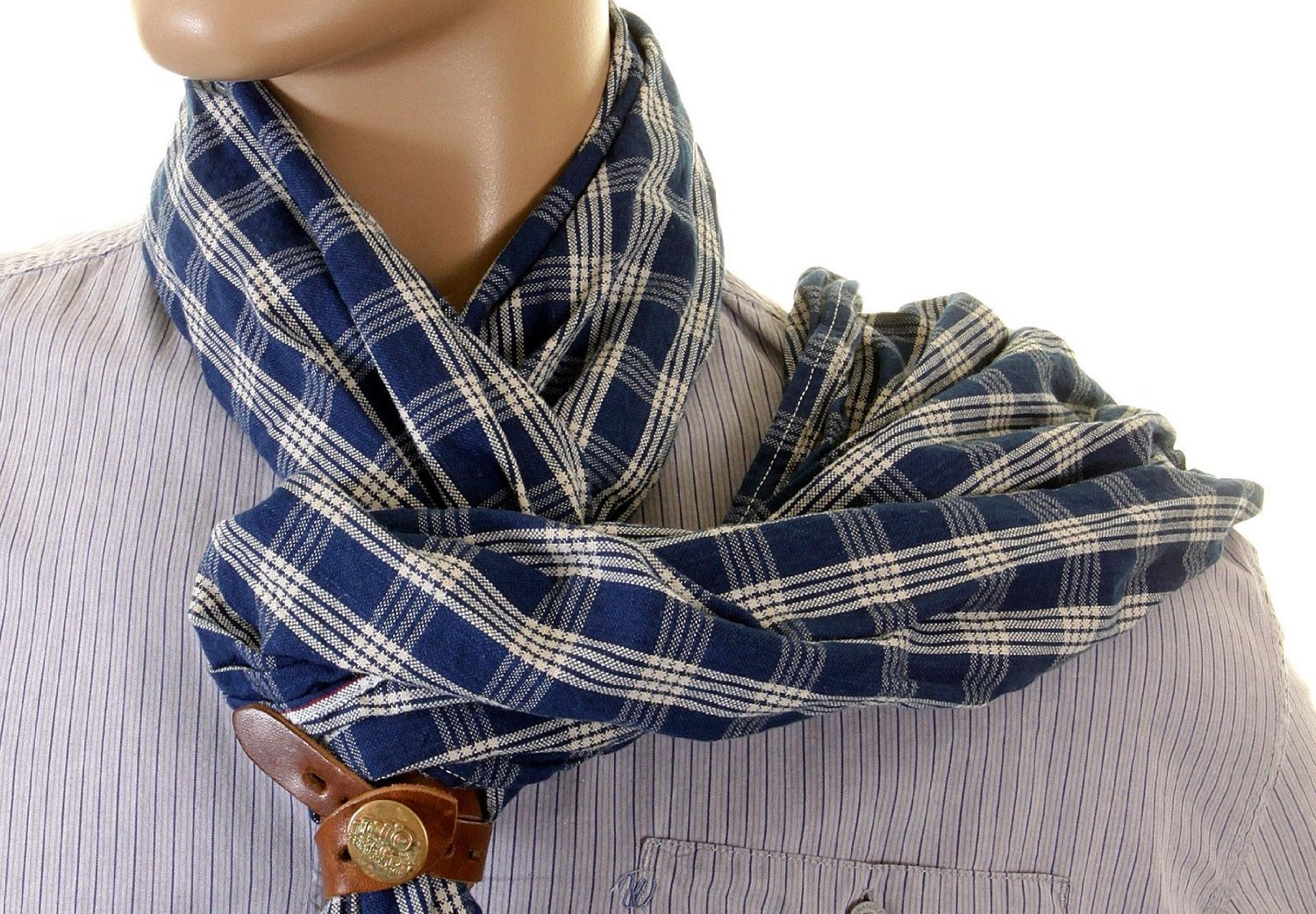 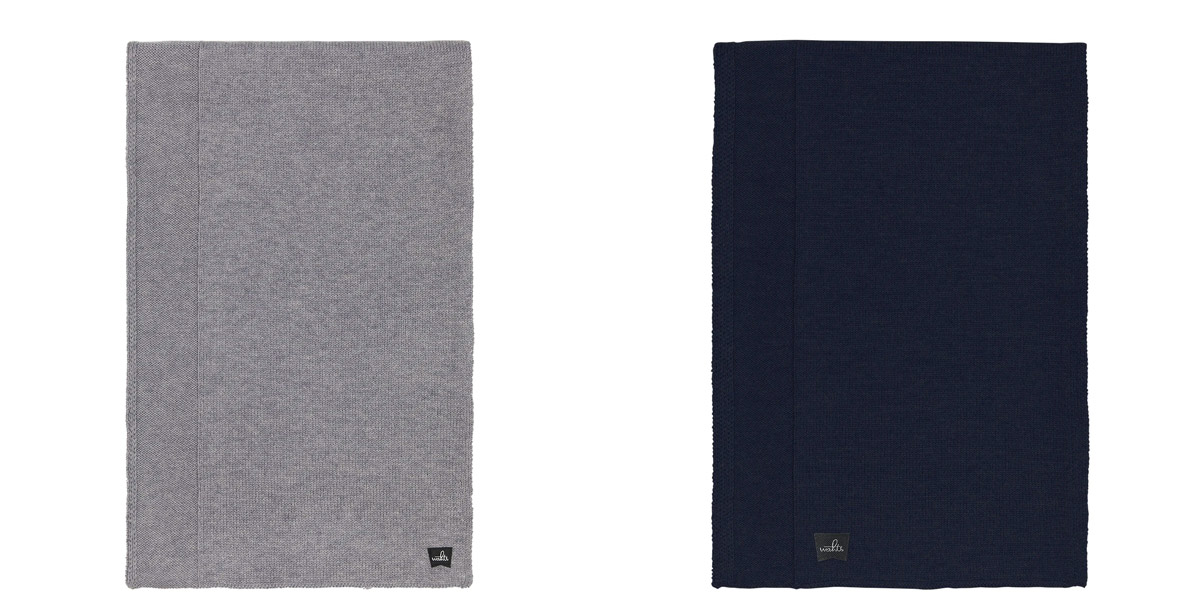 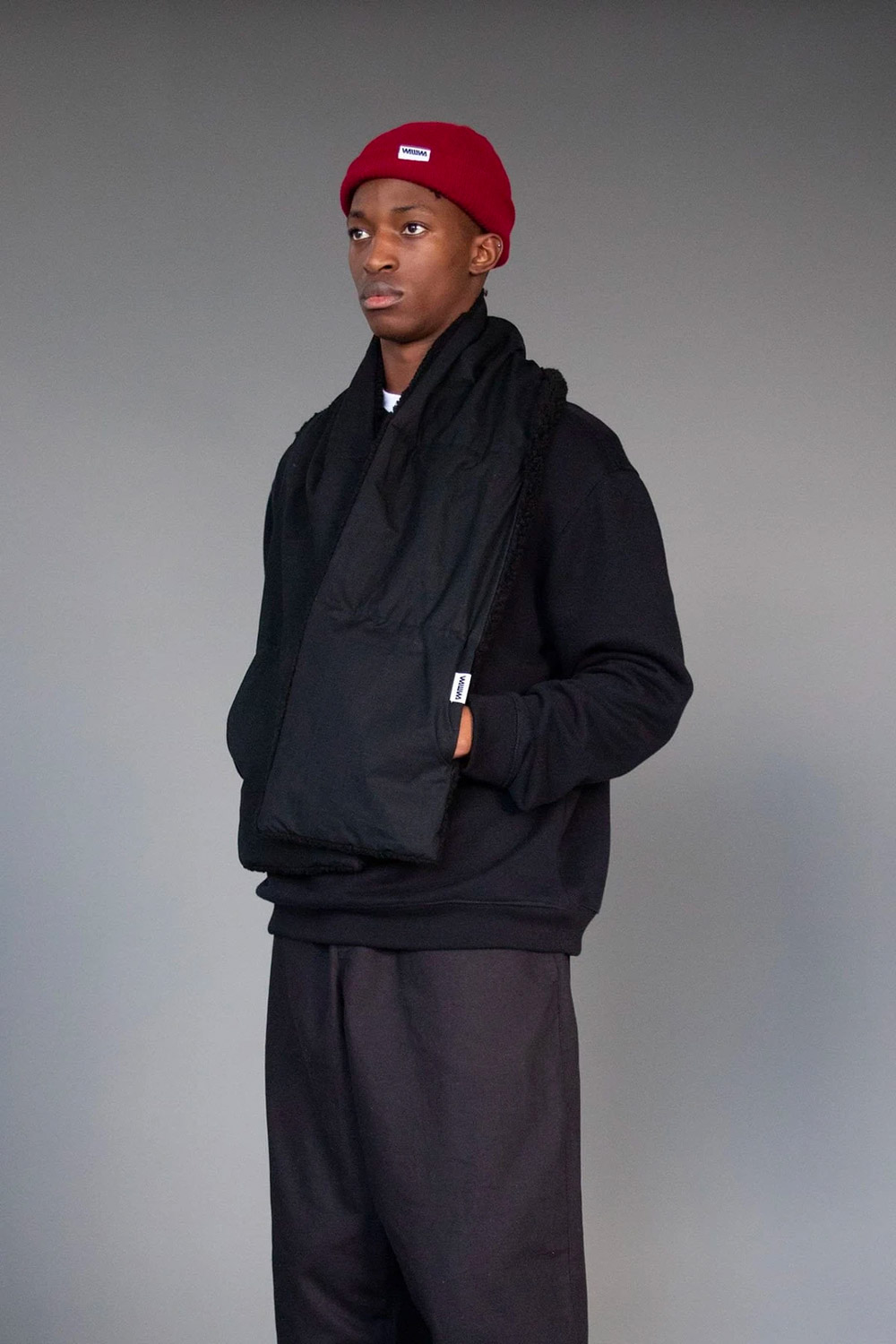 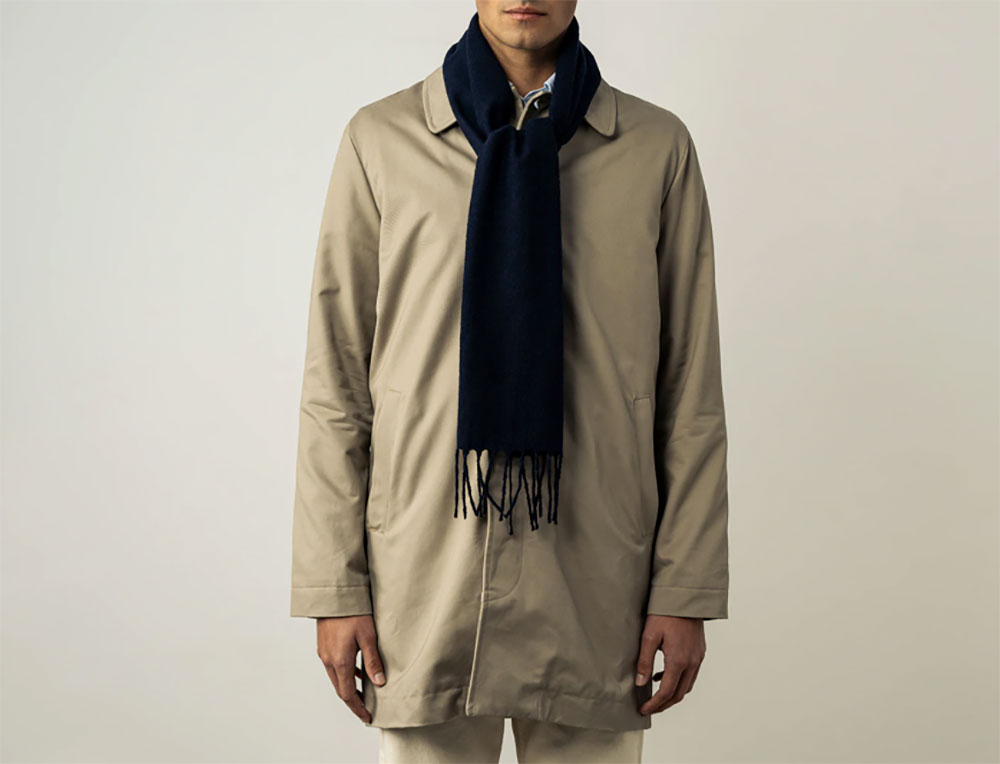 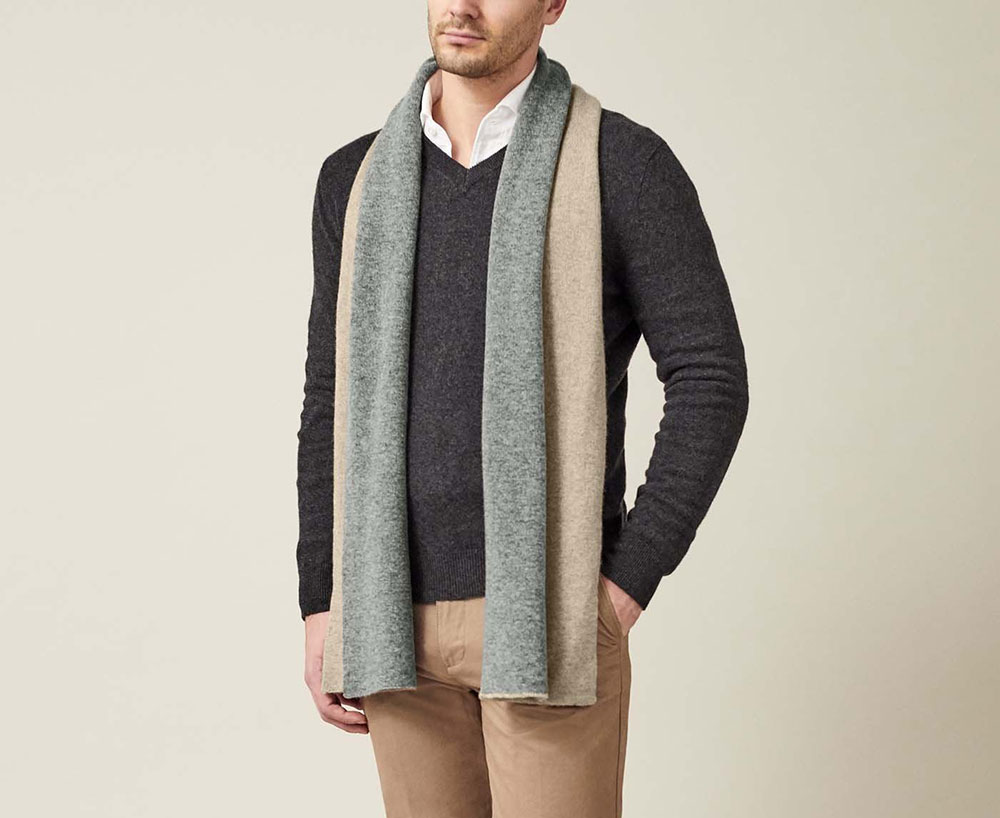 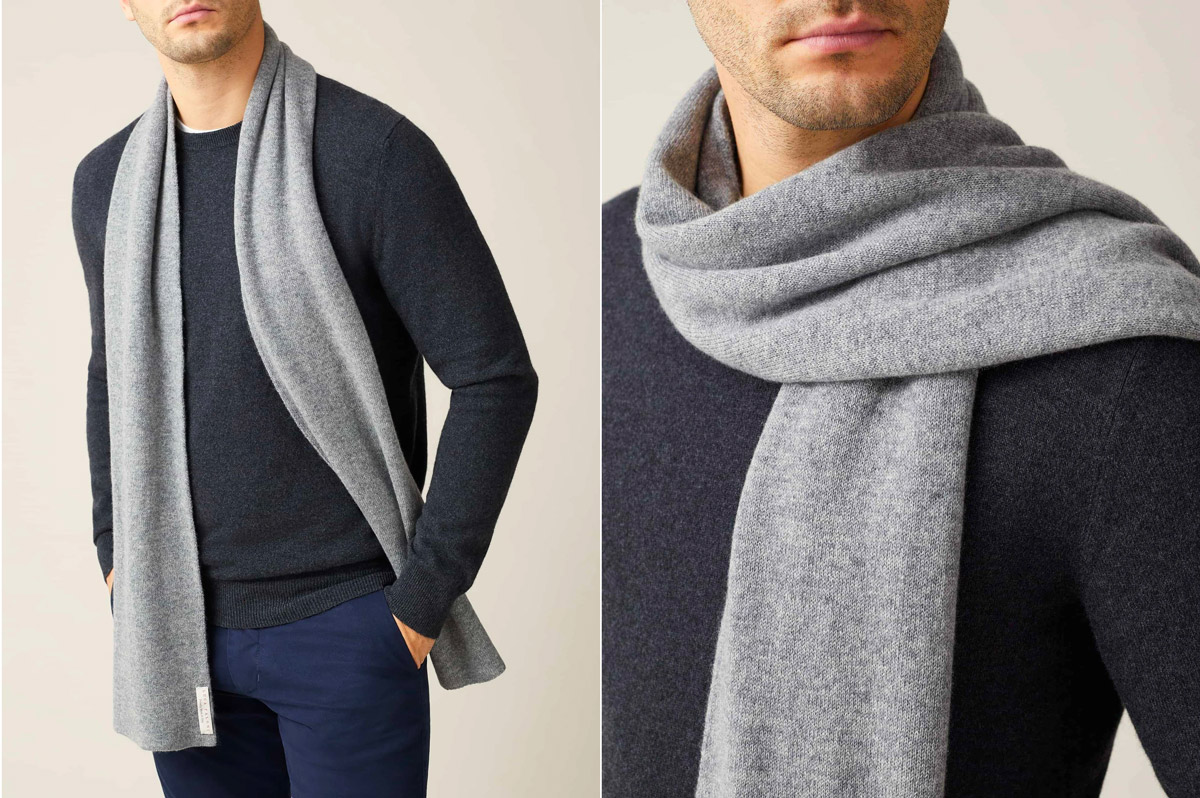 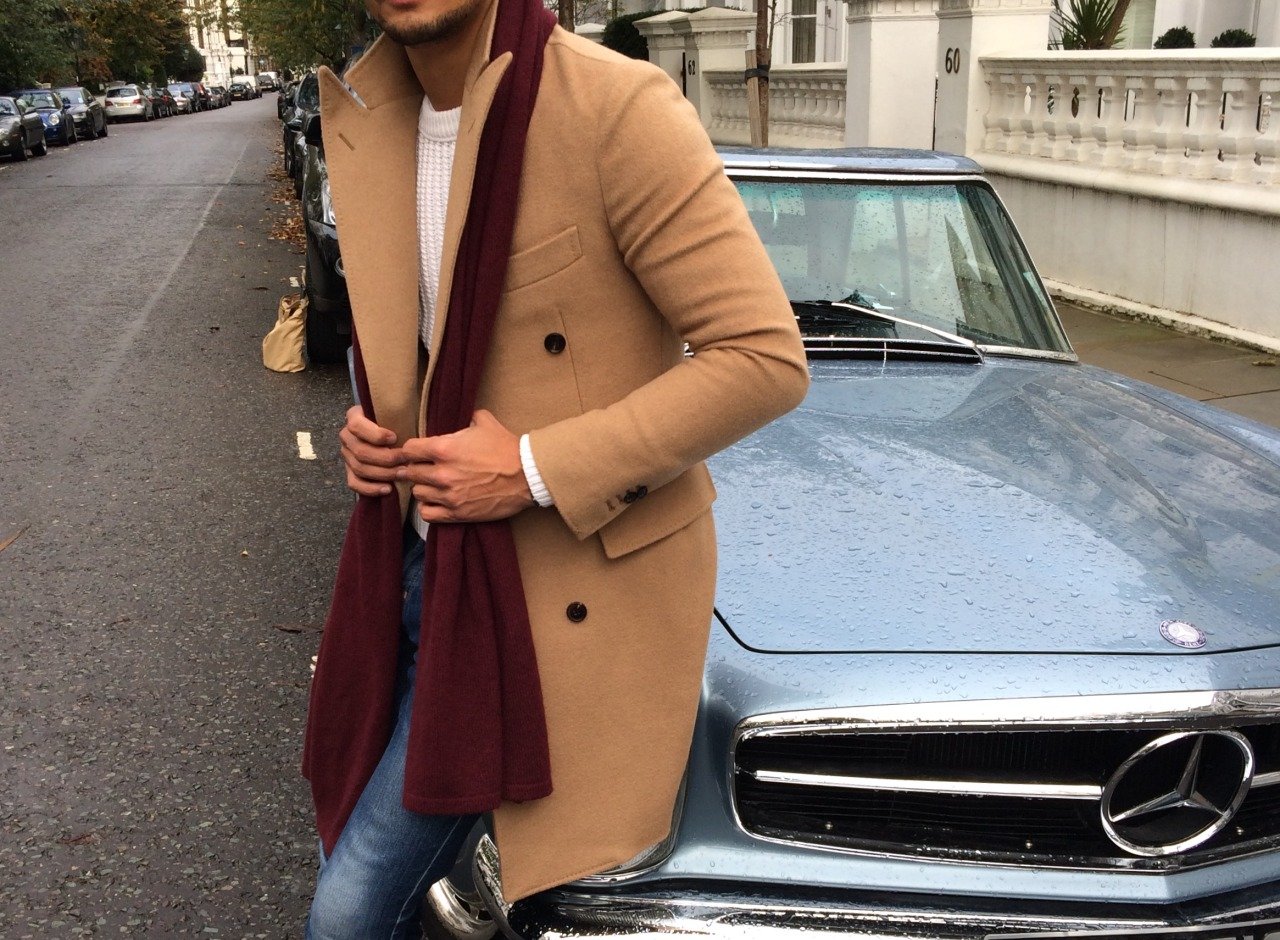 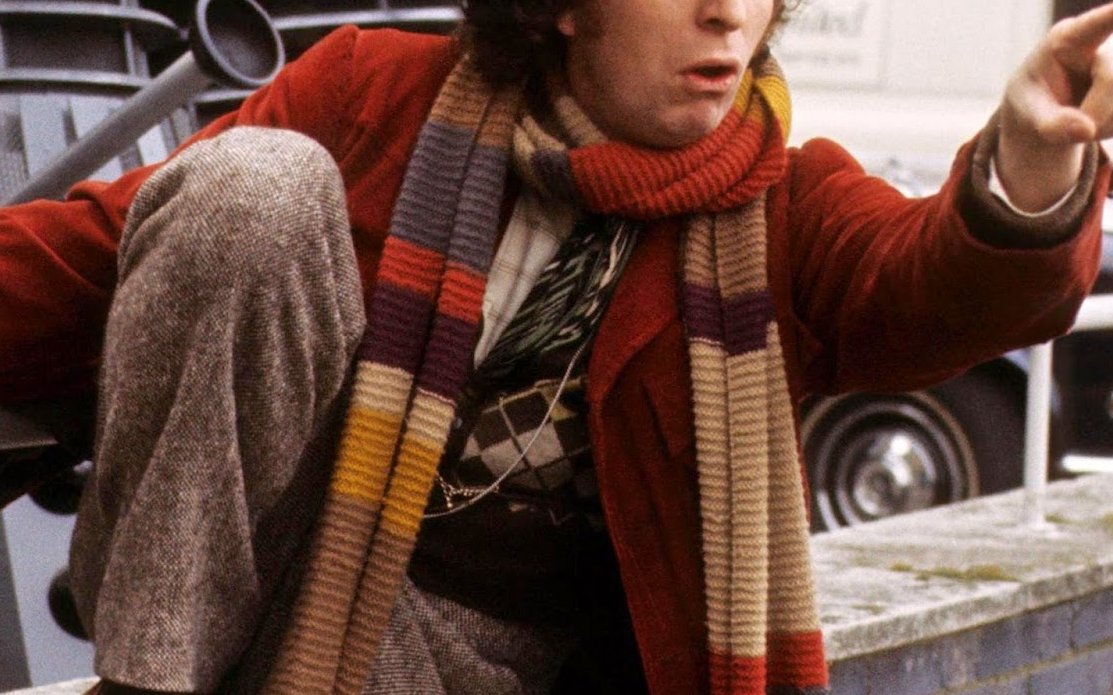 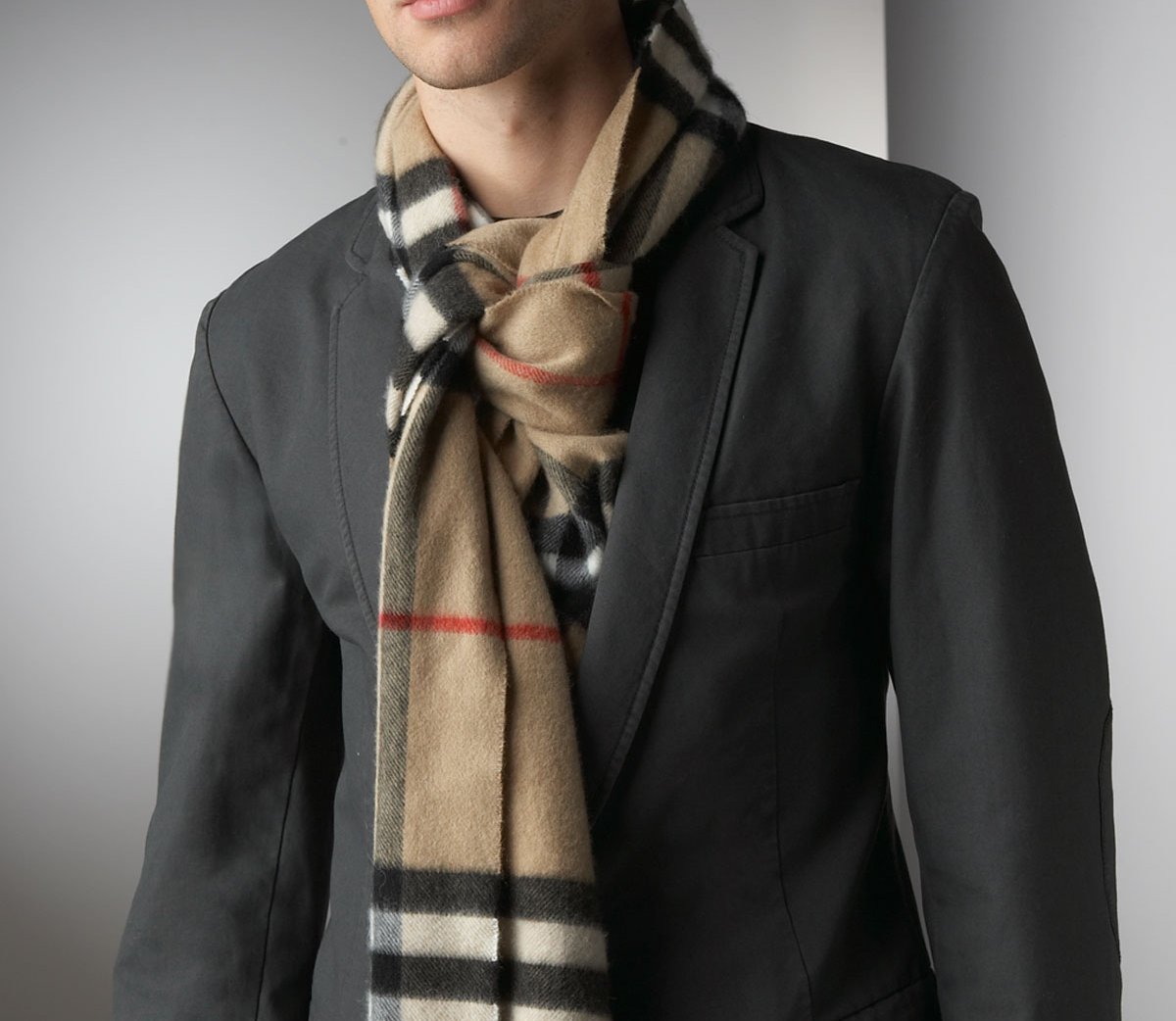 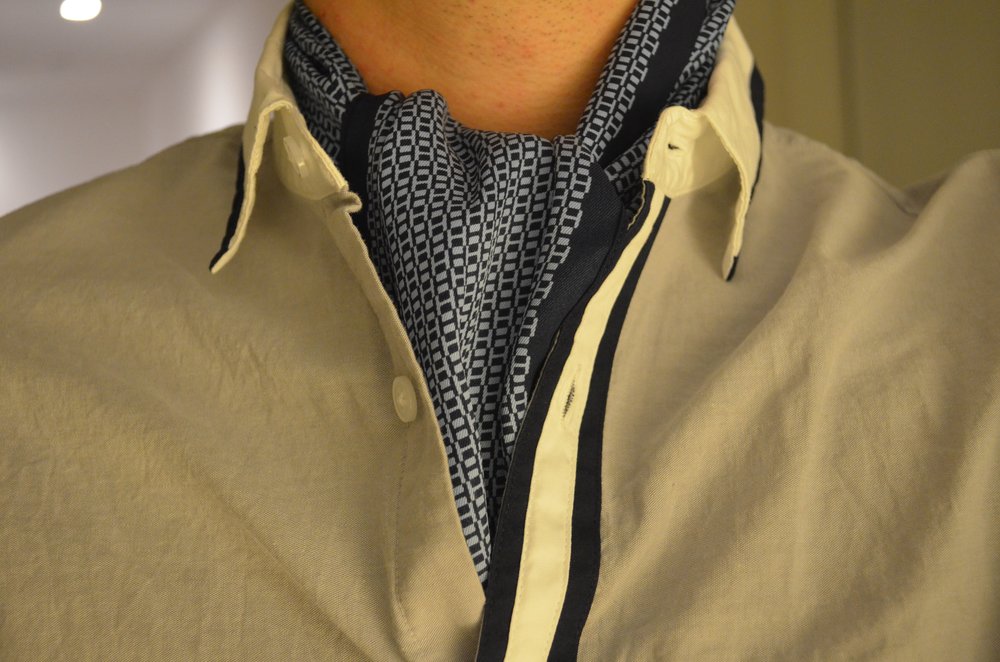 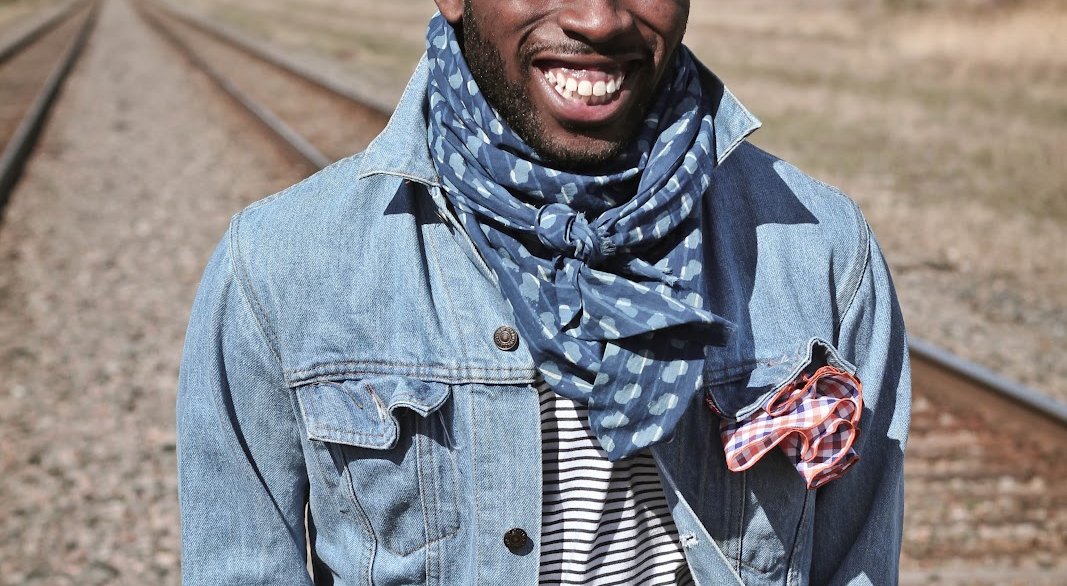 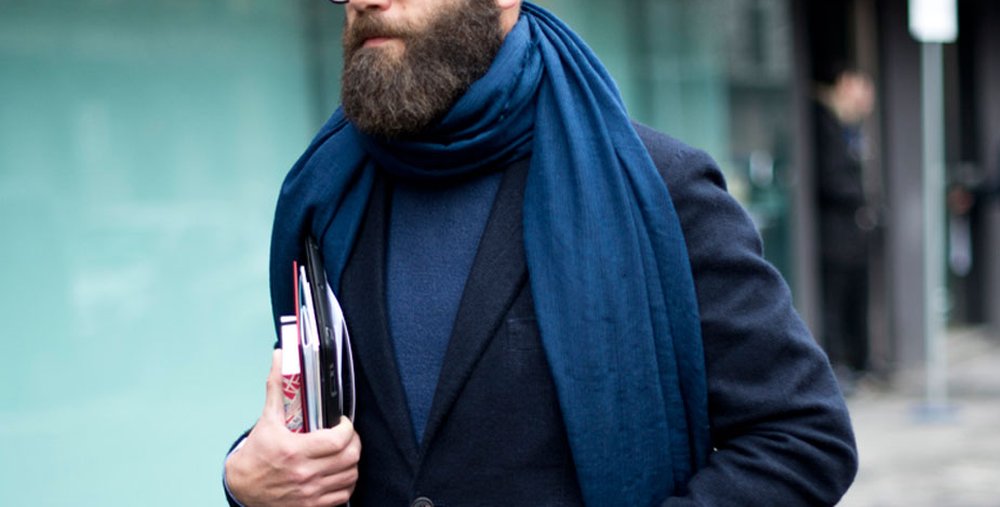 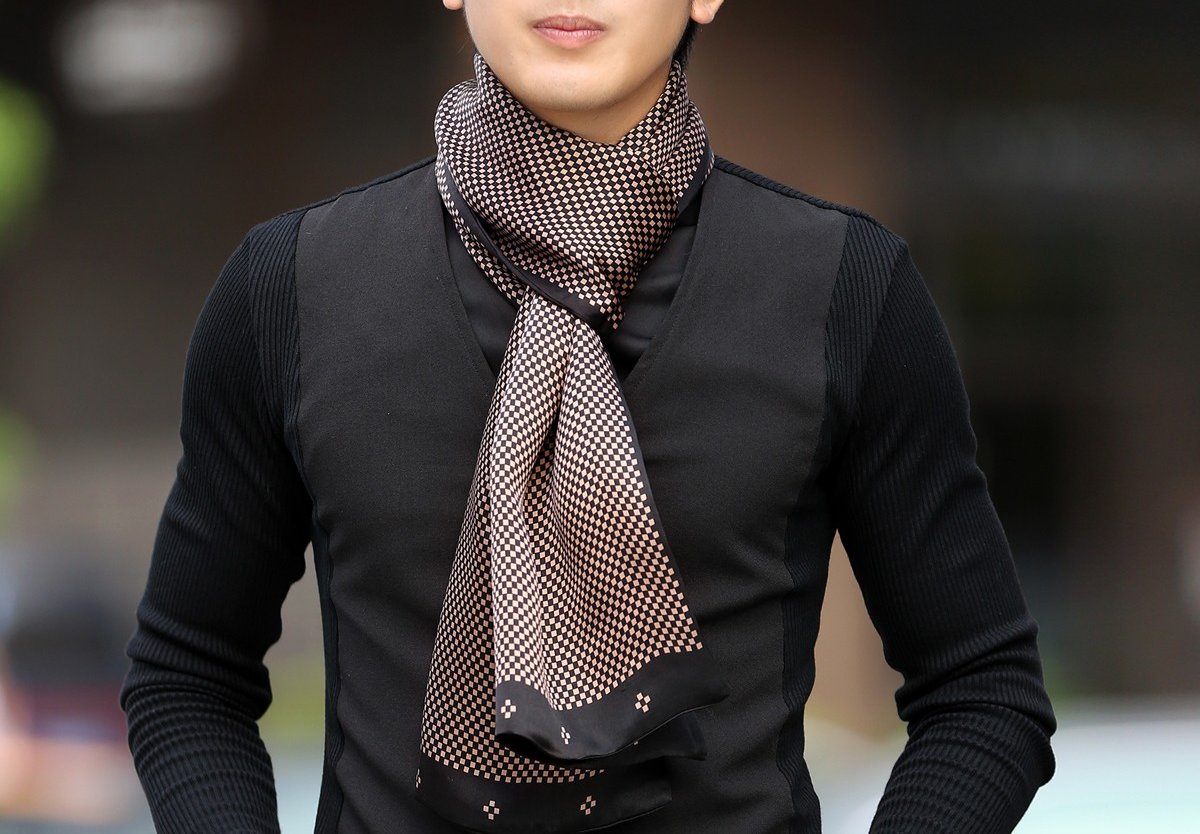 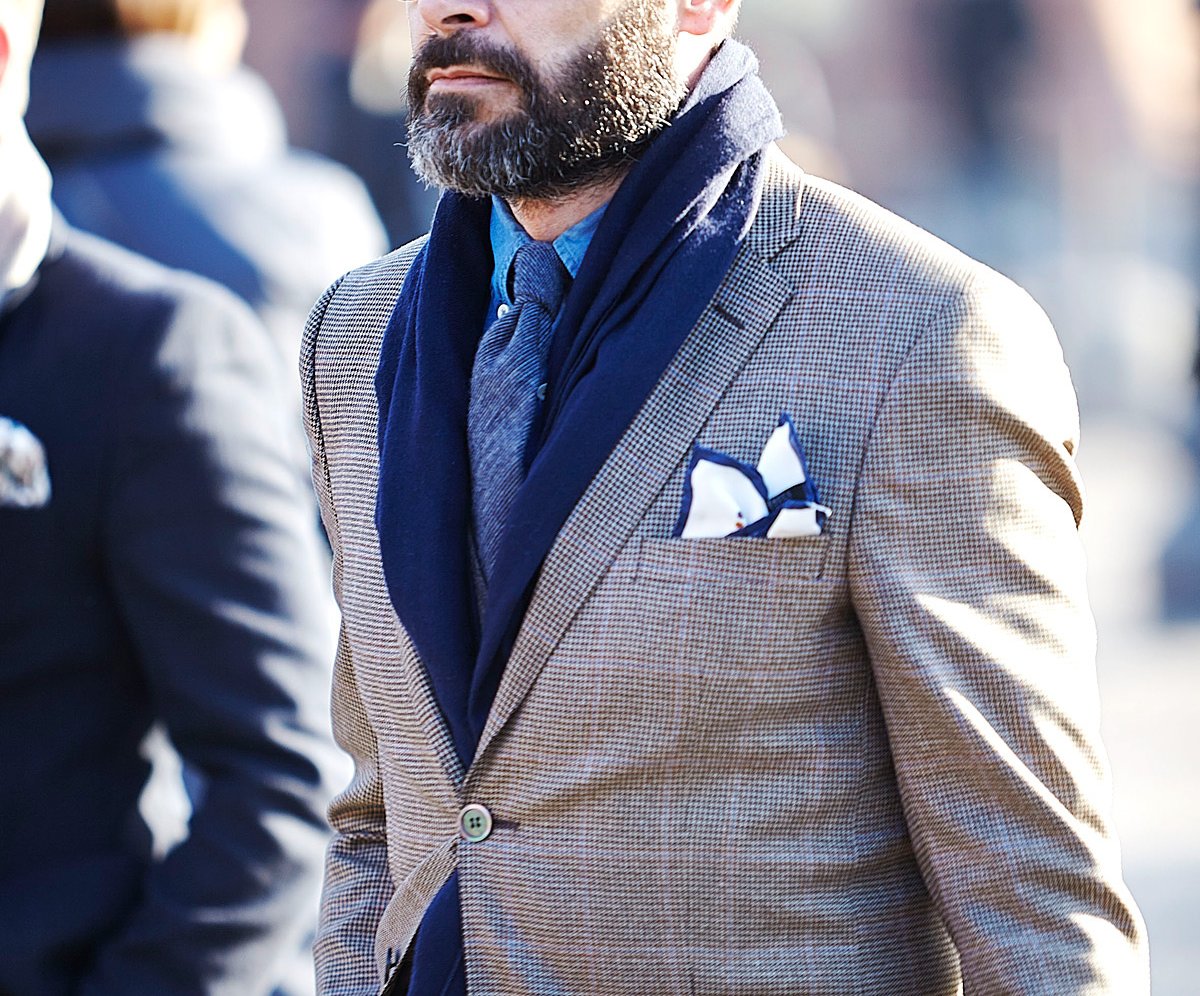 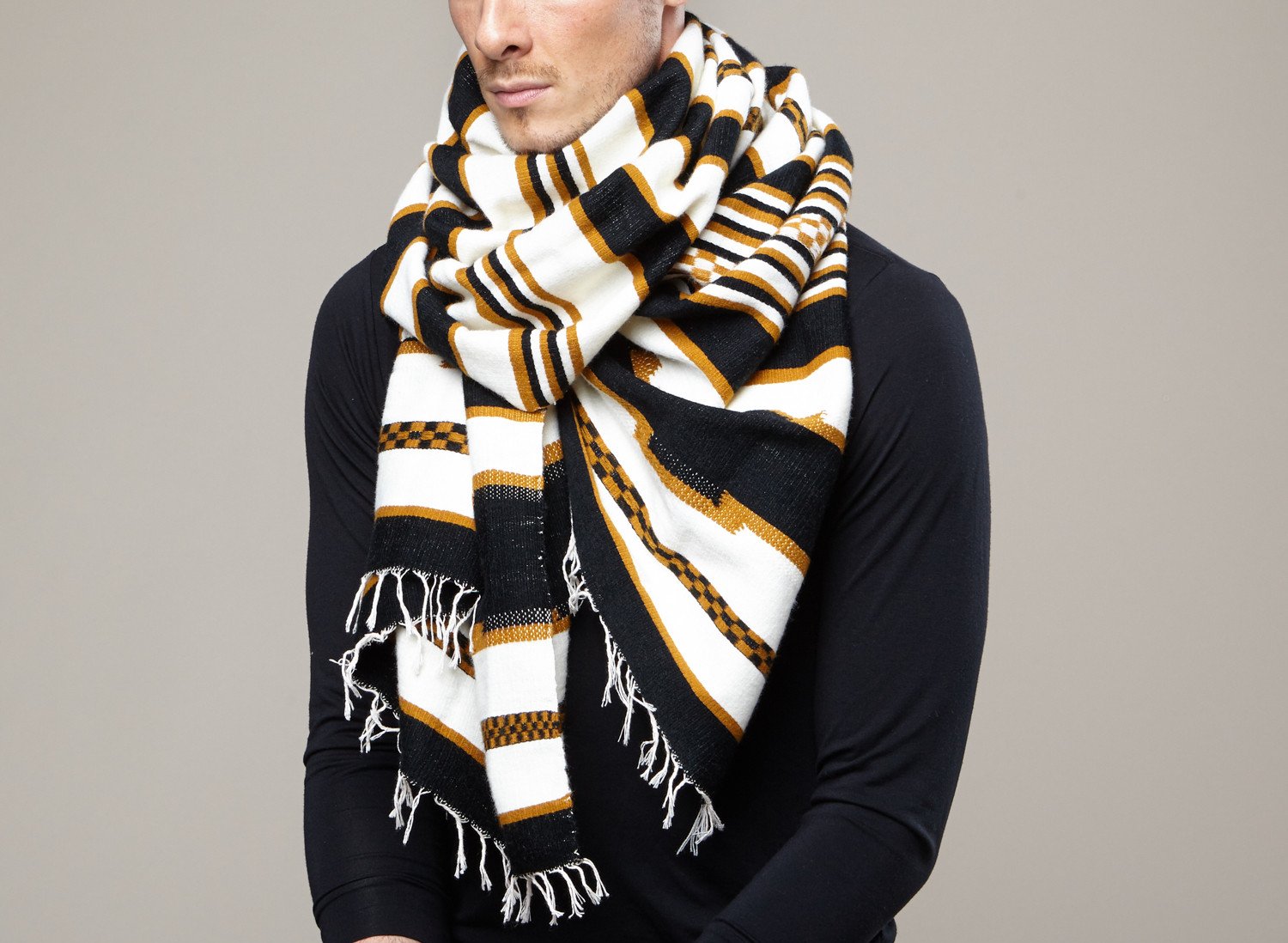 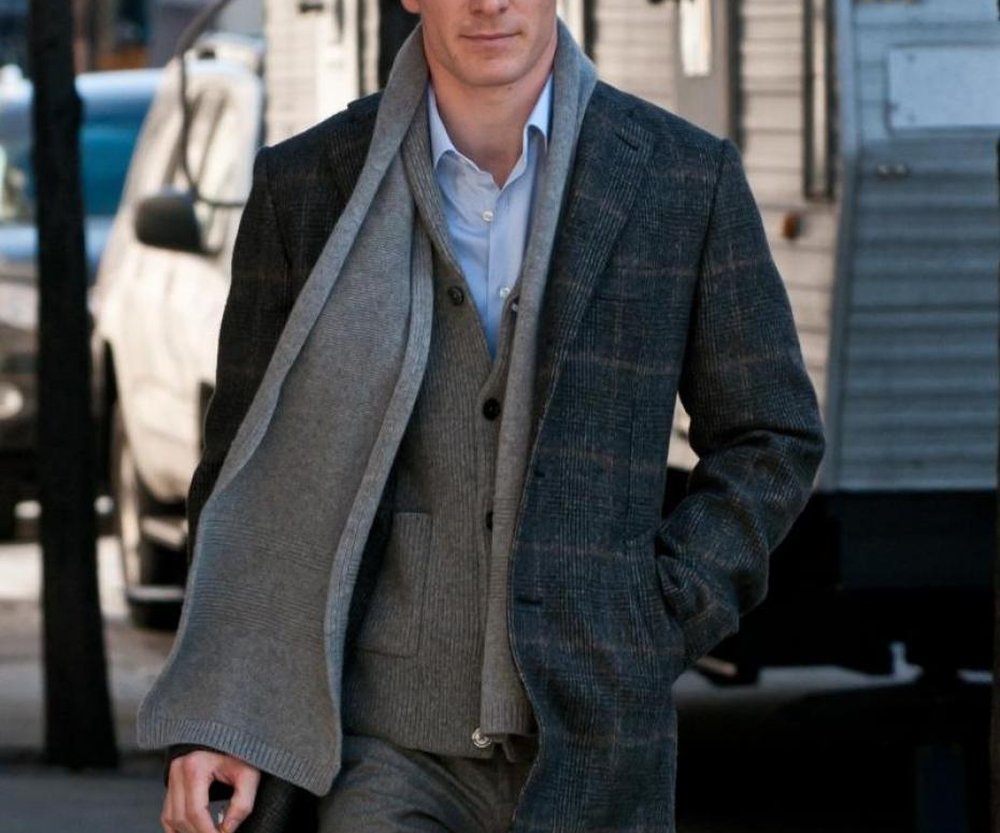 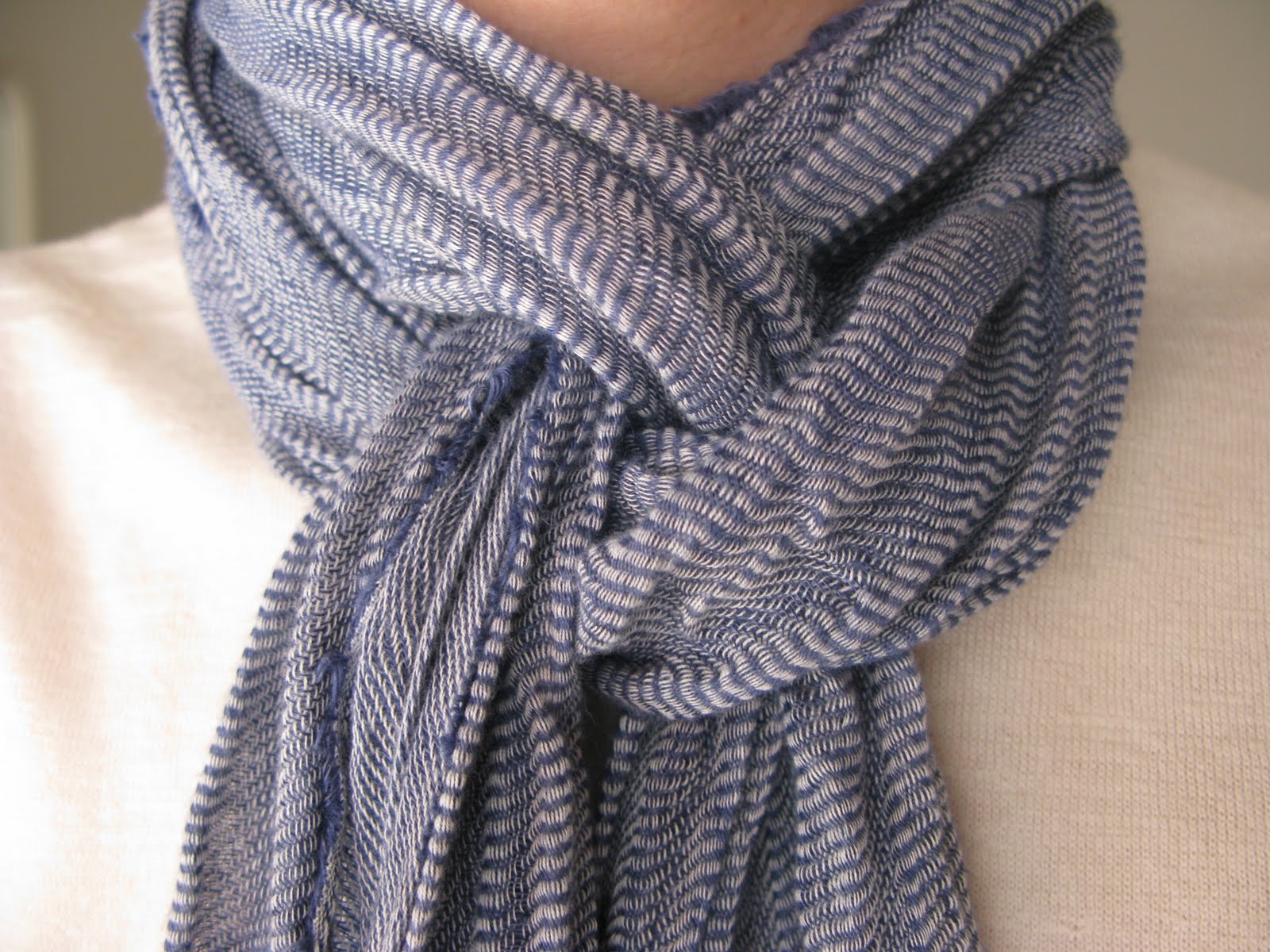 Gentlemen, it’s time to talk about how to wear a scarf. It’s taken about 400 years, but most guys have managed to finally figure out their tie. (Great job!)

But sadly, the scarf, a basic length of fabric, somehow confounds and eludes the common man who lets his neck go bare as he walks this freezing planet, letting all the blood that goes to his brain cool off. This is likely why most colleges have a huge majority of female attendees, with men in the minority. Cold blood is killing our brain cells, and we have to stop it before we’re unable to cut our own steaks.

If you’re a man who isn’t wearing a scarf or isn’t wearing it properly, then you’re supporting the theory that we’re getting stupider, since it is proof positive that you don’t know how to dress yourself. The good news is, it’s easy.

So step up your game and learn how to wear a scarf as a man with these 8 steps and 9 scarf tying tricks.

Generally speaking, if you are a man going about your ordinary business, your scarf should be a plain color or a simple pattern with a combination of very few hues. Save the feather boa for your weekend club activities or grinding away on parade floats. Like a noisy, garish tie, a flashy scarf reduces your professional estimation in the eyes of others.

With a classic style, Luca Faloni has both cashmere, and linen scarves that are simple, and fashionable. So, if you want a clean look, then check out their selection.

Another rule of thumb for simplistic scarves: quality is always best.

In your search for the perfect scarf, you’ll likely notice how high-end pieces usually forego the glitz and glamor. This is because good designers prefer to focus on the blend of the fabric itself rather than the embellishments. After all, a scarf is just as much about practicality as it is about accessorizing. We go into a little more detail about this below, but the gist is simple is better—and the simpler scarves often offer the best quality.

This wool scarf by ISTO is the perfect example. Not only will the Portuguese burel wool keep your neck warm, but it’s delightfully toned down. Style it appropriately and you’ll be sure to make this scarf your centerpiece accessory.

For a couple of millennia, guys have worn scarves. They were previously a way to determine rank in the military, and there’s nothing effeminate about napalming villages or battling insurgents. Unlike ties, which are simple neck adornments, scarves are utilitarian and should generally look like it.

You need to make sure you’re getting a scarf for guys. Animal prints, whole murals, and gauzy items that can’t serve any purpose other than a ligature for stopping a serious bleed aren’t made for men.

If you want your scarf to maintain a masculine edge, WAWWA Clothing has a solid selection of scarves to choose from.

However, if you want a more timeless look, check out the cashmere scarves from WAHTS.

Simplicity and masculinity do not mean being boring. If you’re wearing a lot of gray and black, a scarf made of a rich burgundy breaks up your tired banker appearance and lets you show that you’re not a mortician out to collect a body. It’s supposed to be a basic flash of color, not a dazzling array. Don’t shy away from the paisley, just use it wisely.

If you want your scarf to make an impression, check out Percival’s collection of high quality scarves. All the flair you need without getting too extreme.

Basic plaid is fine. An understated polka-dot or striped is workable. Houndstooth or checked patterns might make the cut. 3 colors are often the rule to abide by. If it looks like a business tie, a classy pocket square, or resembles a business shirt or jacket pattern, you’re probably in the clear. If it looks like a belly dancer is going to unwind it during the Dance of the 7 Veils, leave it on the rack and report to your nearest machismo re-education facility for debriefing.

As stated, stripes are good. In fact, they may be your best friend. We’d even wager that they’re better than a toned-down polka dot pattern but we digress.

The great thing about stripes is that they’re versatile. They have the power to make your whole outfit pop without being too flashy or too bland. A simple pinstripe, for example, can do wonders for your aesthetic.

We highly recommend Neem London’s take on stripes. Their sky blue pinstripe neck scarf is a subtle yet decadent way of expressing your style. Furthermore, Neem London follows sustainable practices. You’ll be doing your part for the plant whilst adding a splash (and a just splash!) of color to your wardrobe.

There’s not really a bad time to wear a scarf. Want to avoid brutal sunburn on your neck? Get yourself a lightweight linen or silk scarf. Then, when the temperature drops during the winter months, switch to gentle or woven cashmere wool. You can also use a scarf to reduce your temperature in hot weather since wrapping a wet scarf or neckerchief around your throat prevents your brain from overheating. It will avoid heatstroke and lasts longer than a wet hat or ‘do rag.

As we previously discussed, a good scarf made of great material can be a definite staple piece. However, it’s more than just about looks.

A high-quality scarf is an investment, one that will last you years. In addition to improved warmth and security for your neck, a scarf made with love and consideration is an expression of character. By caring about the materials that create your wardrobe, you’ll be a more conscious dresser—and isn’t that why you’re reading this guide? To be a better dresser?

In short, a luxurious scarf is a perfect scarf. And it doesn’t get more luxurious than Fells Andes’ Berg Scarf. Woven from baby alpaca wool (yes, you read that right), few things on earth feel as soft or as cozy. If handled with care, this scarf will be with you for decades.

David Bowie and Prince could wear whatever the hell they wanted, but you aren’t either one of them. If the ends of your scarf look like Mia Sara’s jacket from Ferris Bueller’s Day Off, it’s probably a female scarf.

Scarf pins are generally not used on men’s scarves. Guys have lapels for their pins, so if you want to put your tasteful little flag somewhere, get it onto your coat or jacket. 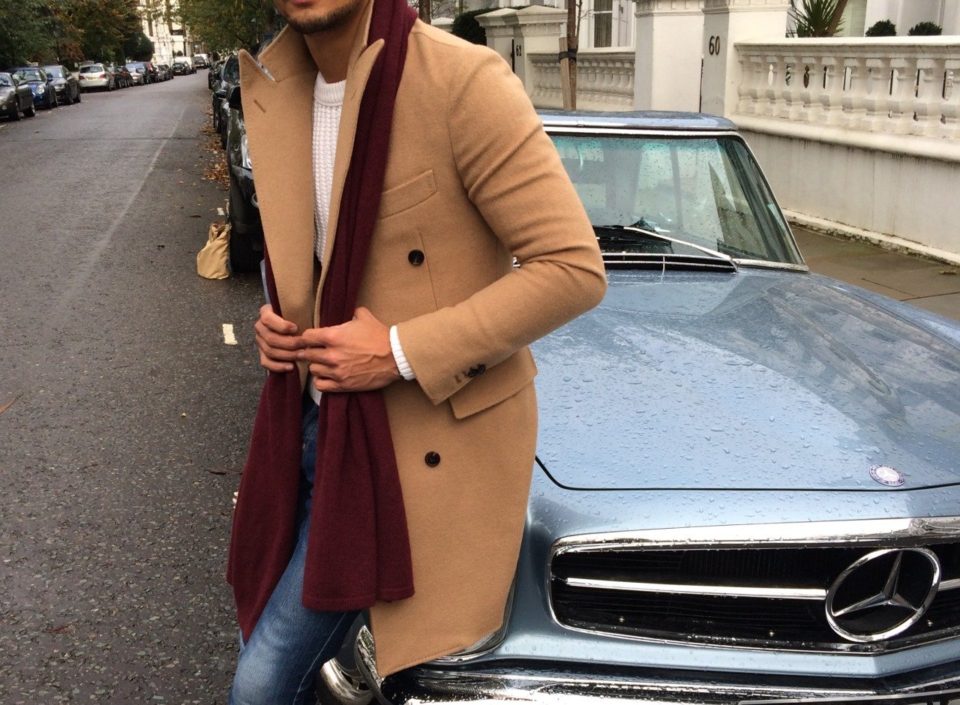 This shouldn’t be tough, but even guys who make an attempt at scarf wearing do all kinds of weird knotting procedures that make it look like they’re trying to lynch themselves, are injuring the fabric, or going to lose their new neck gear in the next stiff breeze. This leads us to 9 simple scarf tying styles to stick to. Each one follows the same basic pattern, which is the same as with a tie: Only one side does much of the moving with the other acting as an anchor.

How to wear a scarf (men)

Even if you’ve never tied your shoe, you got this. Put the scarf under your jacket and just let it hang there. If it warms up and the scarf is overkill, weave it under the collar of your jacket and let the lapels hold it in place.

One side hangs longer than the other. Swing the long one all the way around your neck and leave it alone. Loose and easy, it’s ideal for autumn days that aren’t sub-zero.

If you have a much longer scarf, are slighter in stature, or need a little more coverage at the neck, go twice around your neck making sure you have enough room to breathe.

This is a rudimentary knot commonly used for ascots where your longer end loops once around the shorter end, rather than going around your head. It then comes through the front so everything gathers up at your chest. It’s best if you’re wearing a lightweight shirt and a jacket that leaves a lot of chest exposed.

Begin with a basic drape, then put the ends over your back, the left side going over the right shoulder and vice versa. Both ends should hang down your back giving you a muffled appearance.

All you do here is make a standard overhand knot with one end, then tuck the other into it before pulling it tight.

To give the sense that you have no ends to your scarf, you can either buy an infinity scarf, or put one end very close to your neck, then wrap until the entire thing is looped around your neck. Tuck the ends away and go.

A slightly more advanced bib that is ideal for adding a professional air to your scarf and coat ensemble, go once around your neck, then make a half knot with the two ends, letting one end drape in front and the other hang behind.

An advanced tie, you go once around your head with the long end, weaving it back under itself in front while pulling the short end up over the loop and tucking it in. The long end then goes around your head again and tucks into the second loop. 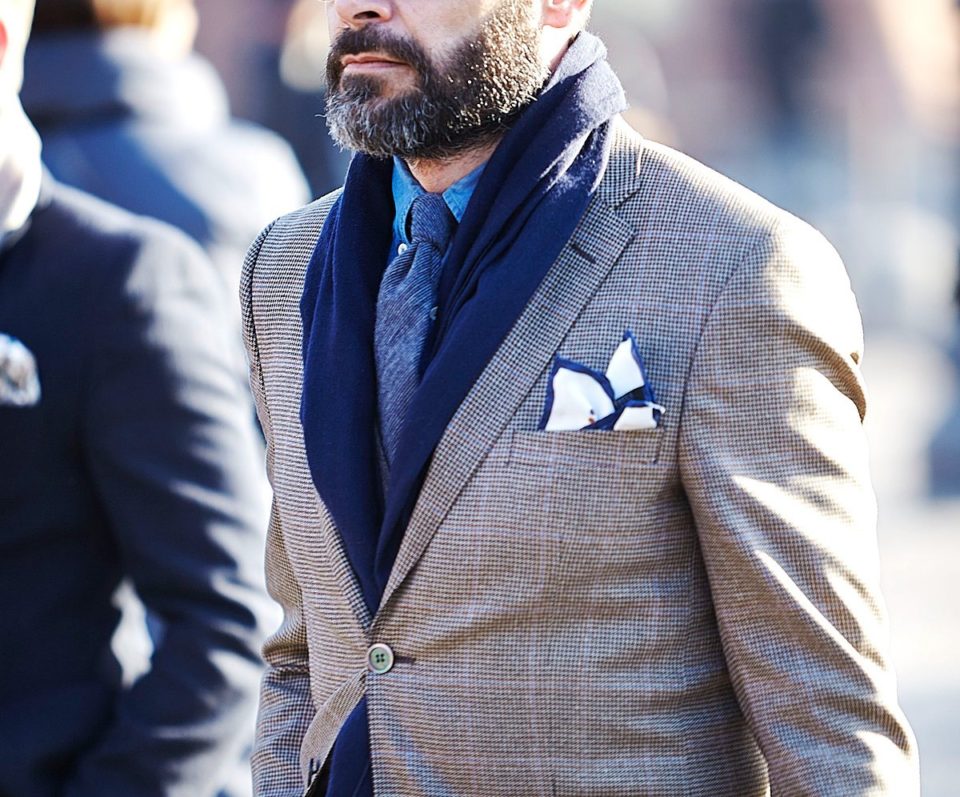 There are a few other options at higher degrees of complexity, but these will get you covered for any occasion.

Feel free to experiment and let us know what scarf knots you discover.

Always remember, that’s your throat under there, so keep everything loose.