27 Cool Pumpkins You Can Carve For Halloween 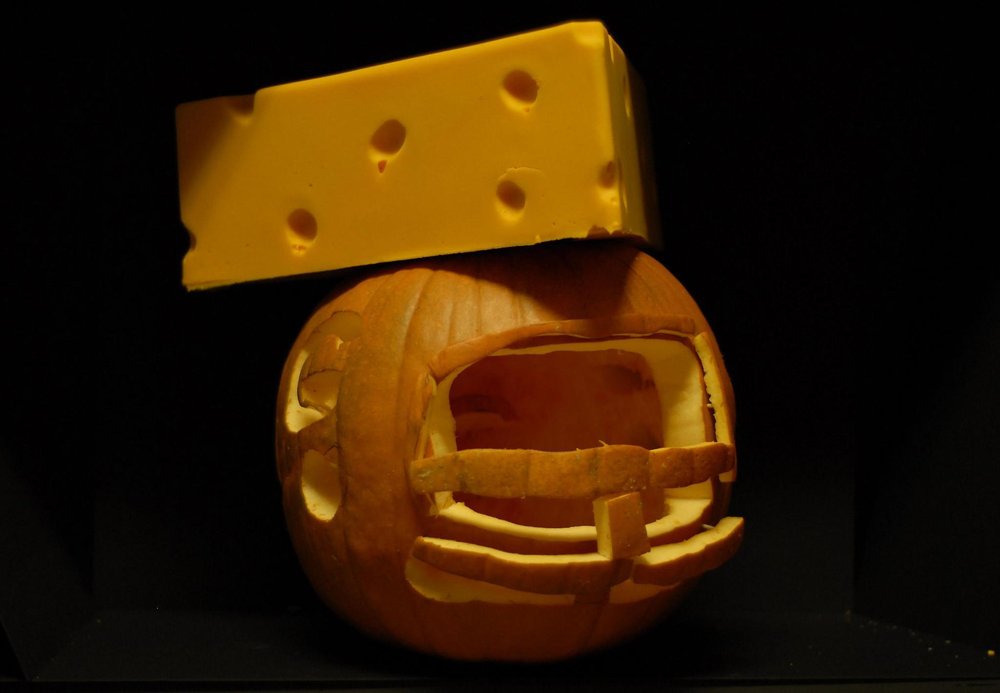 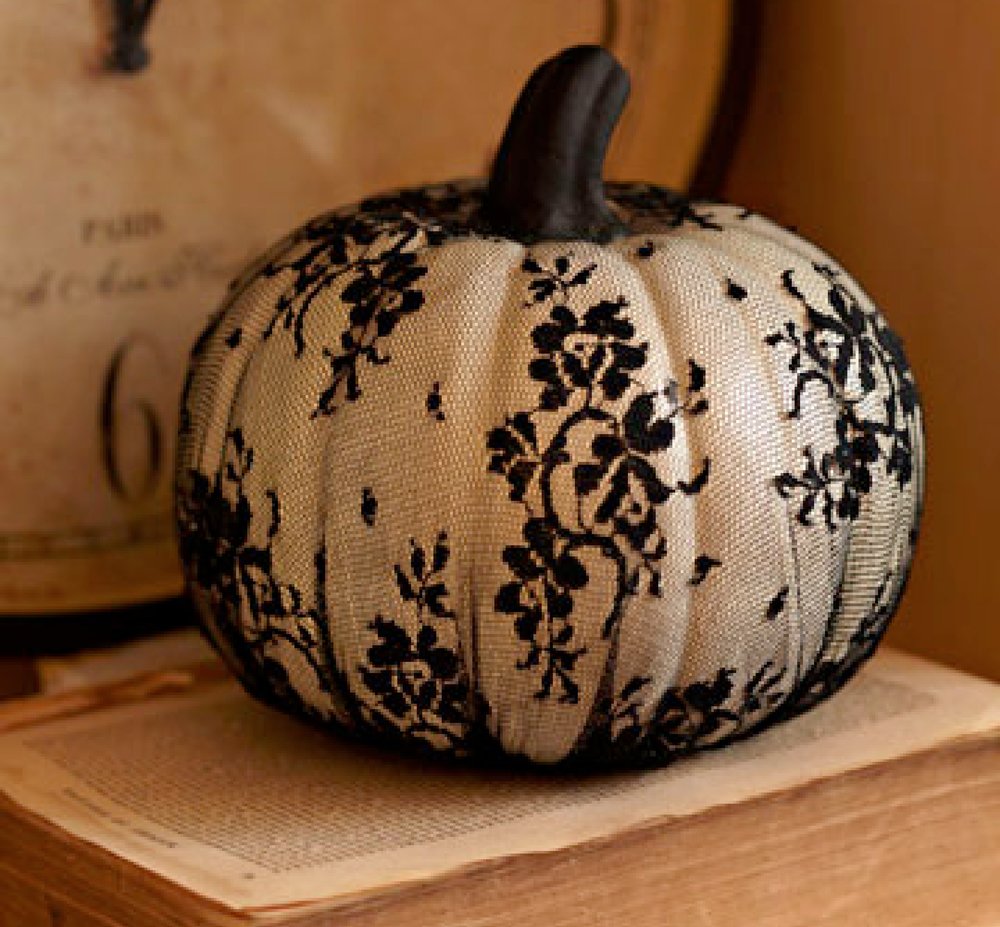 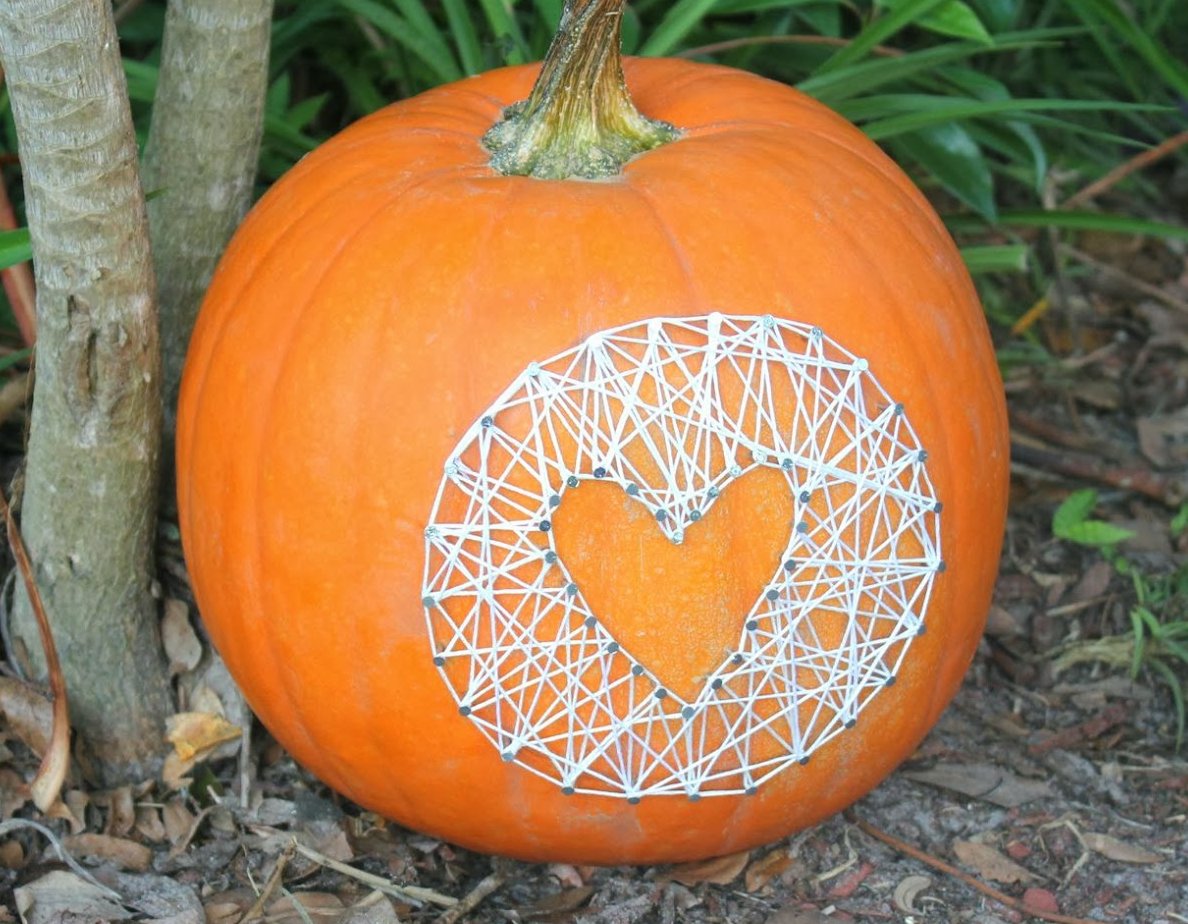 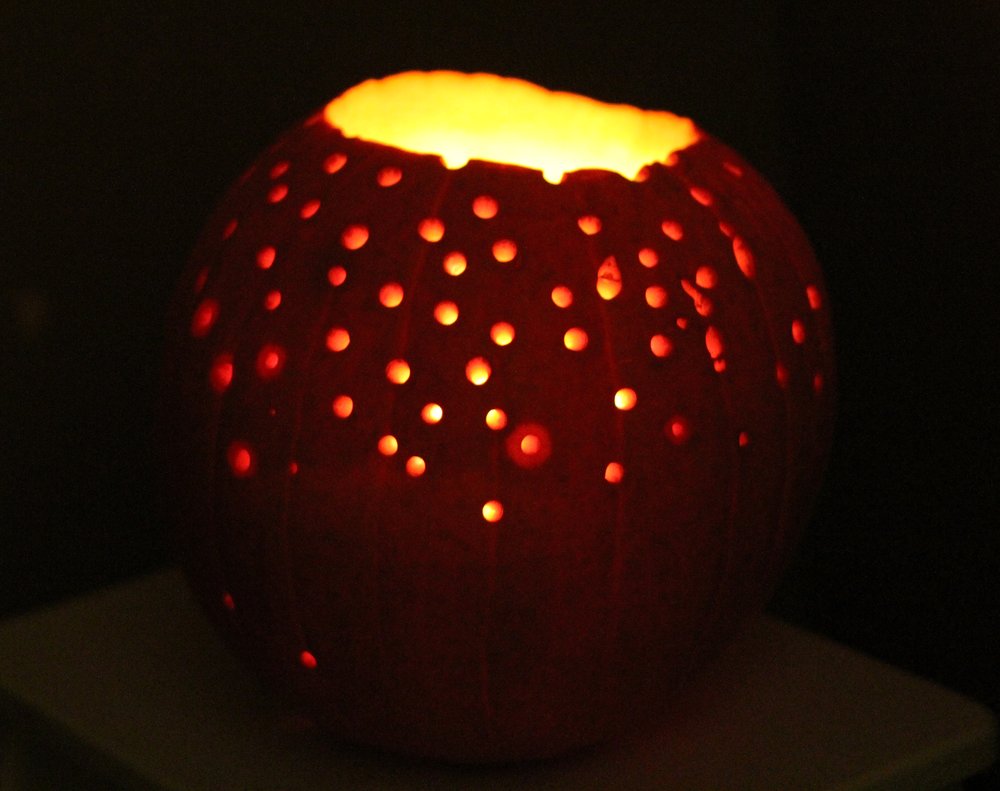 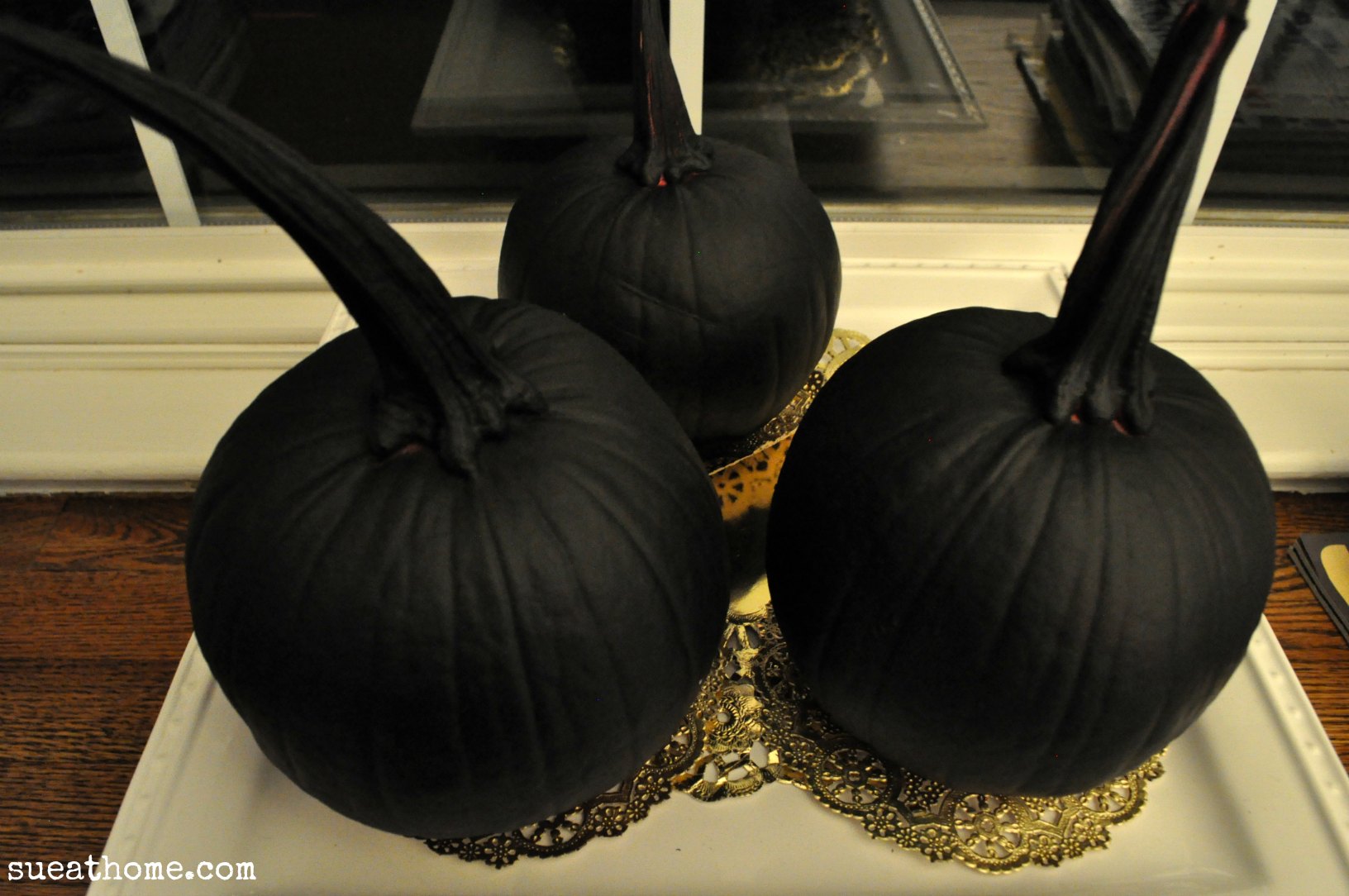 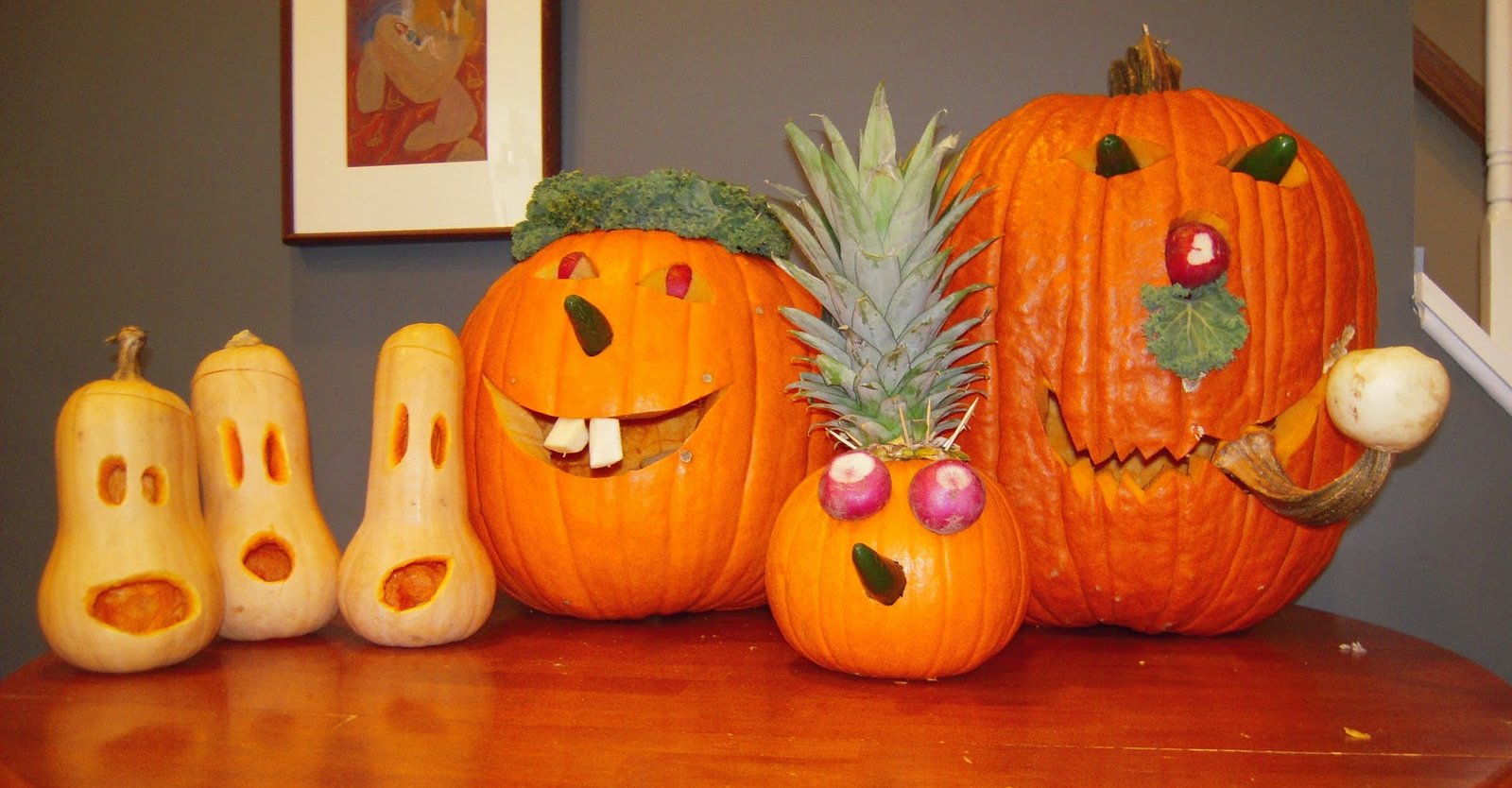 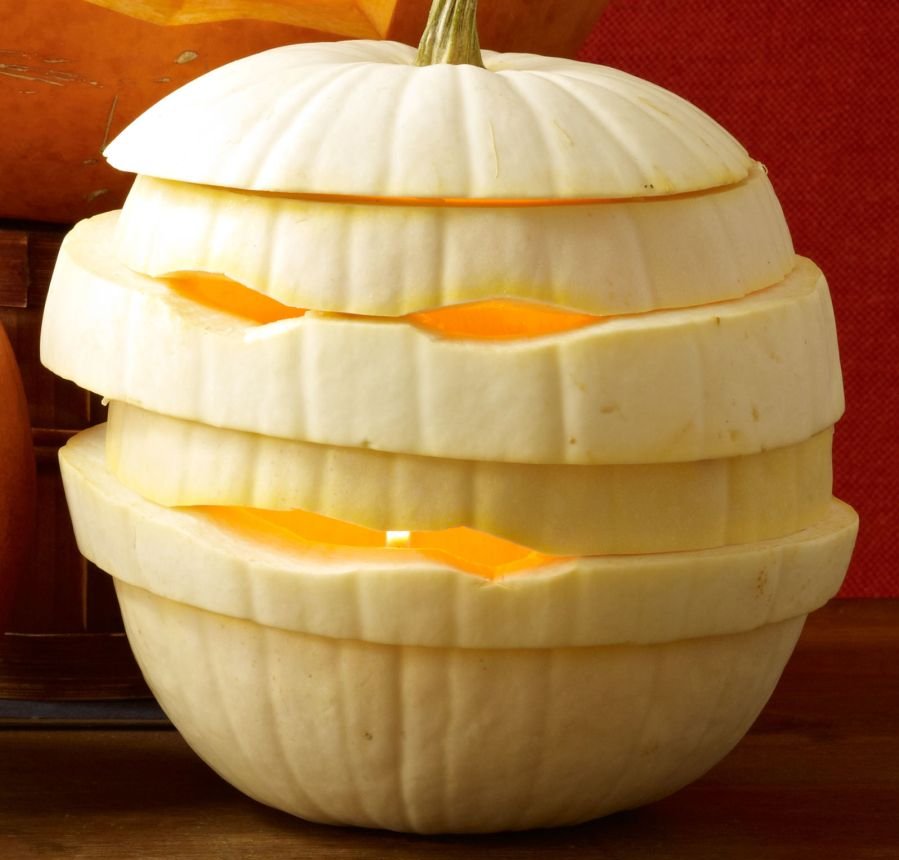 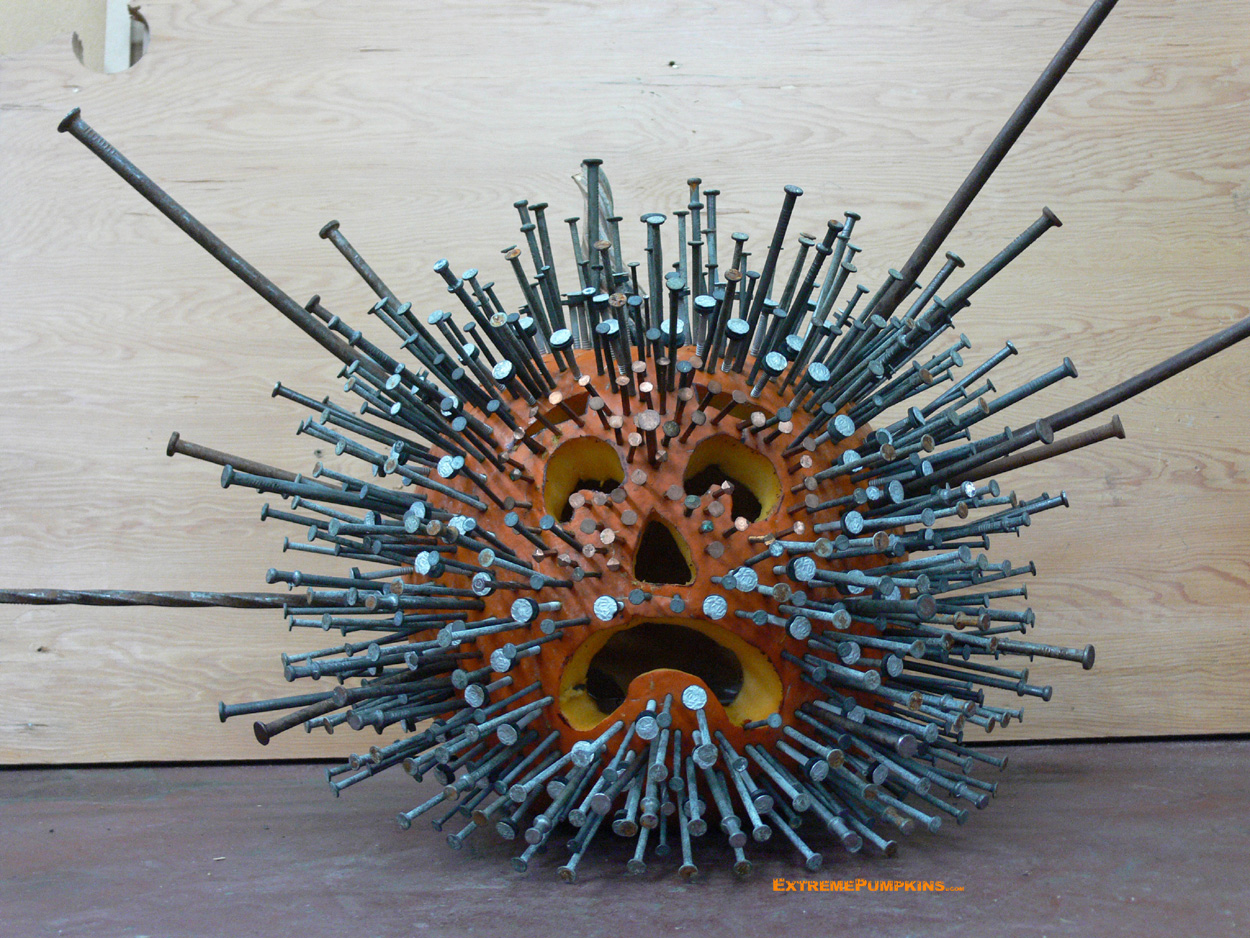 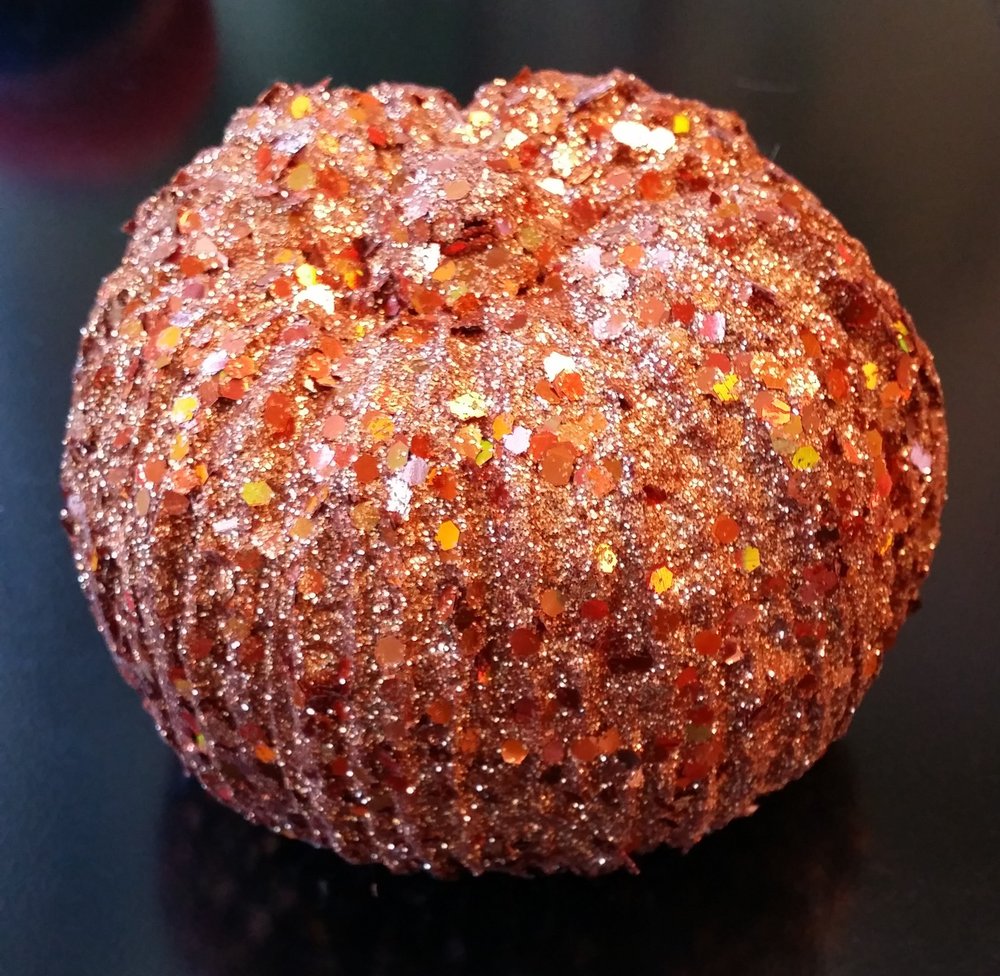 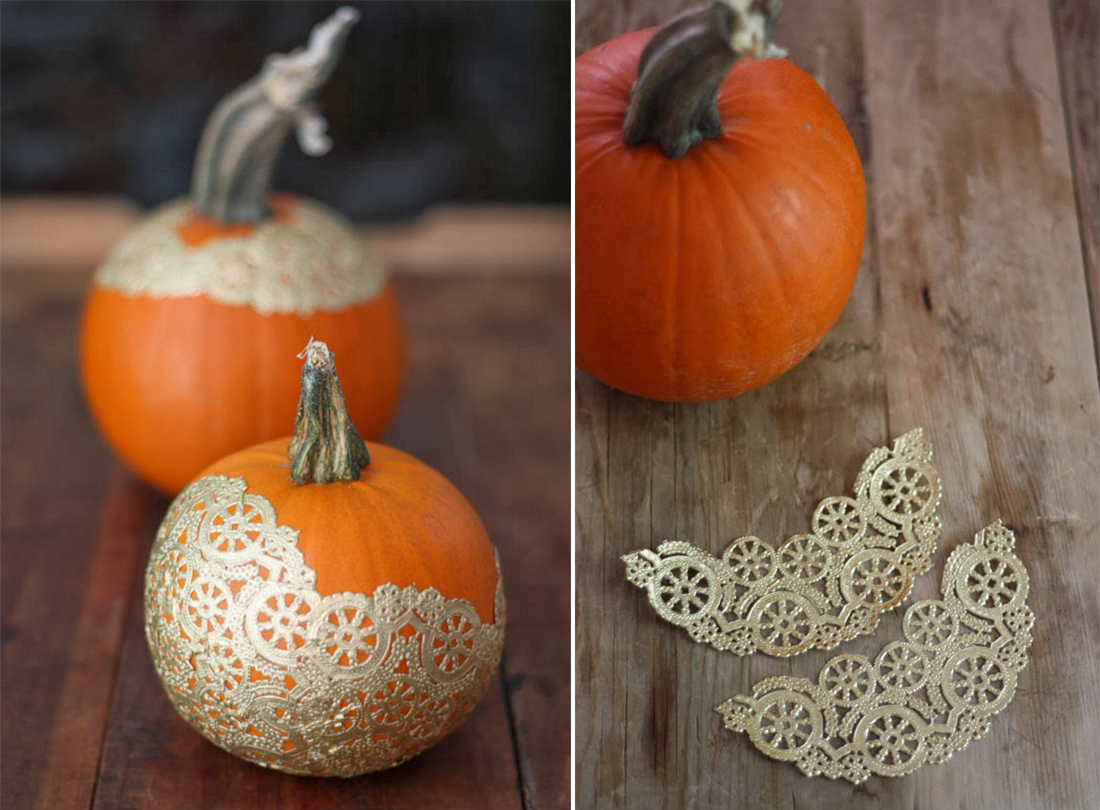 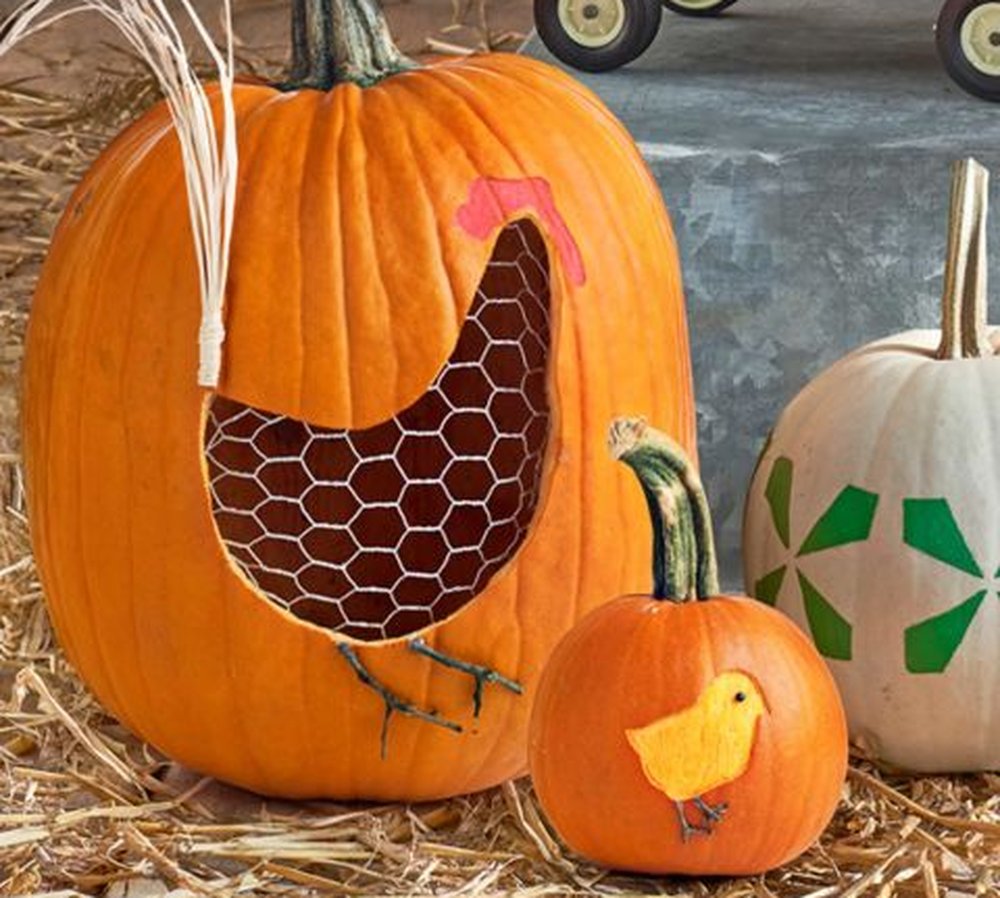 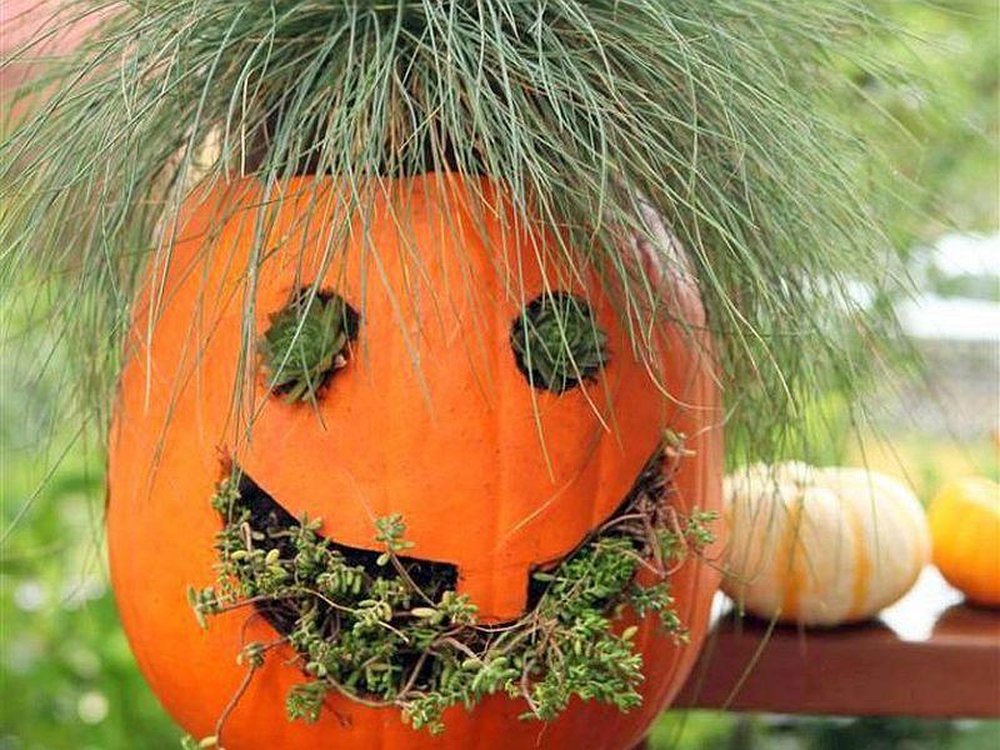 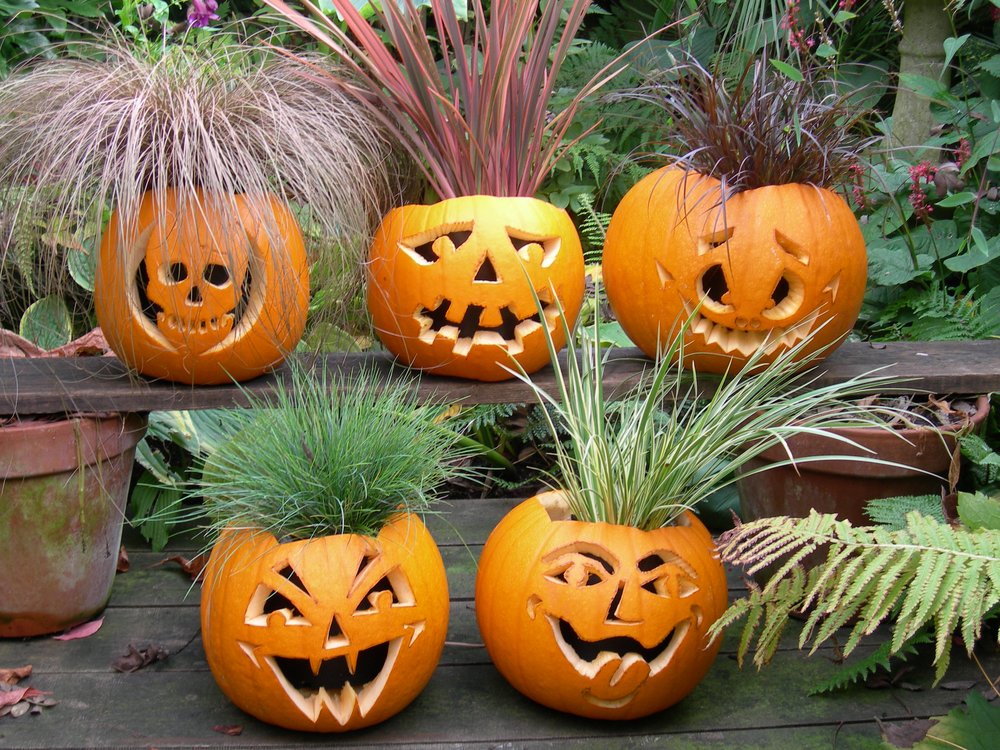 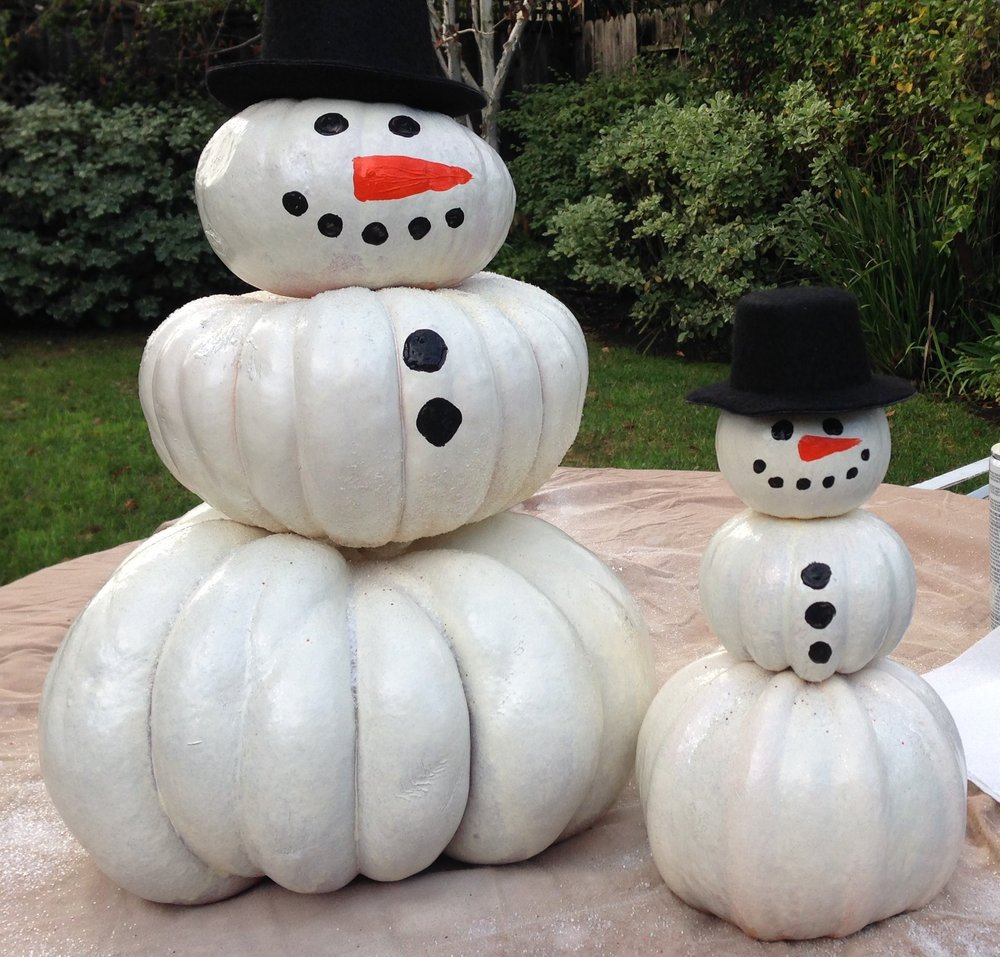 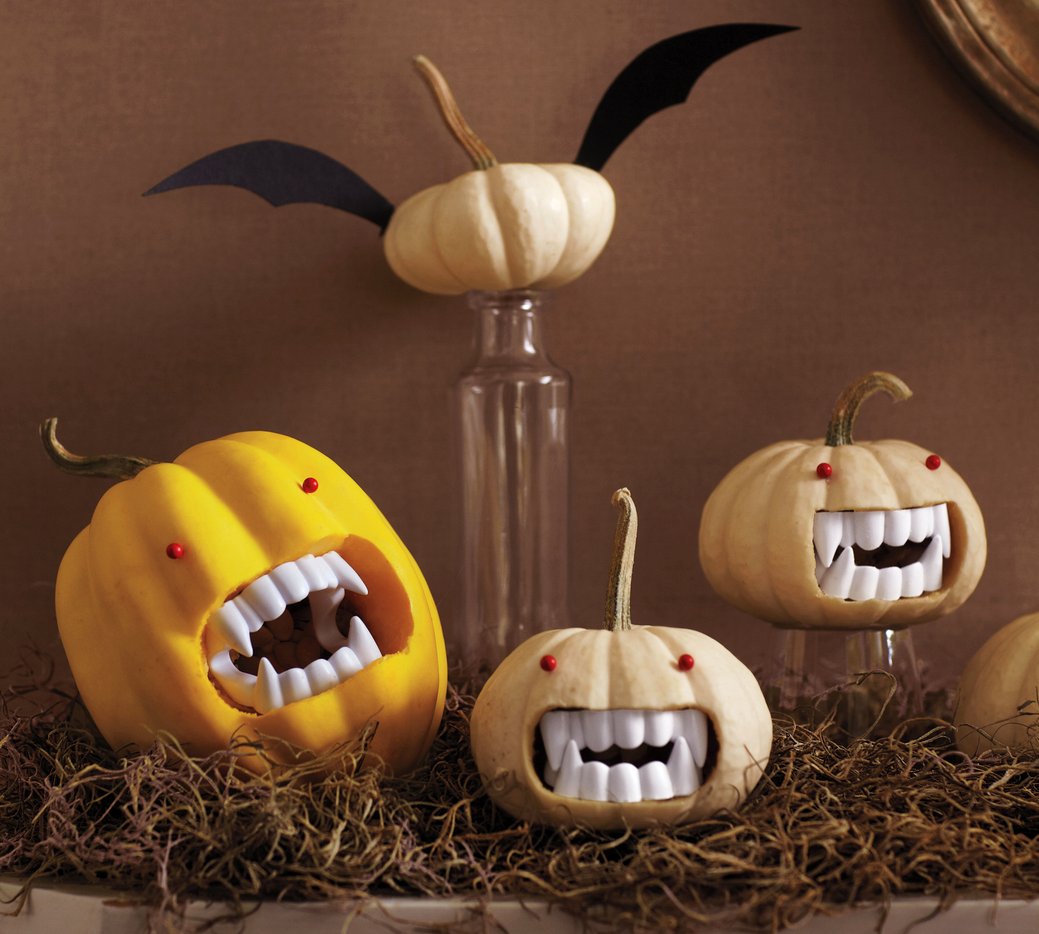 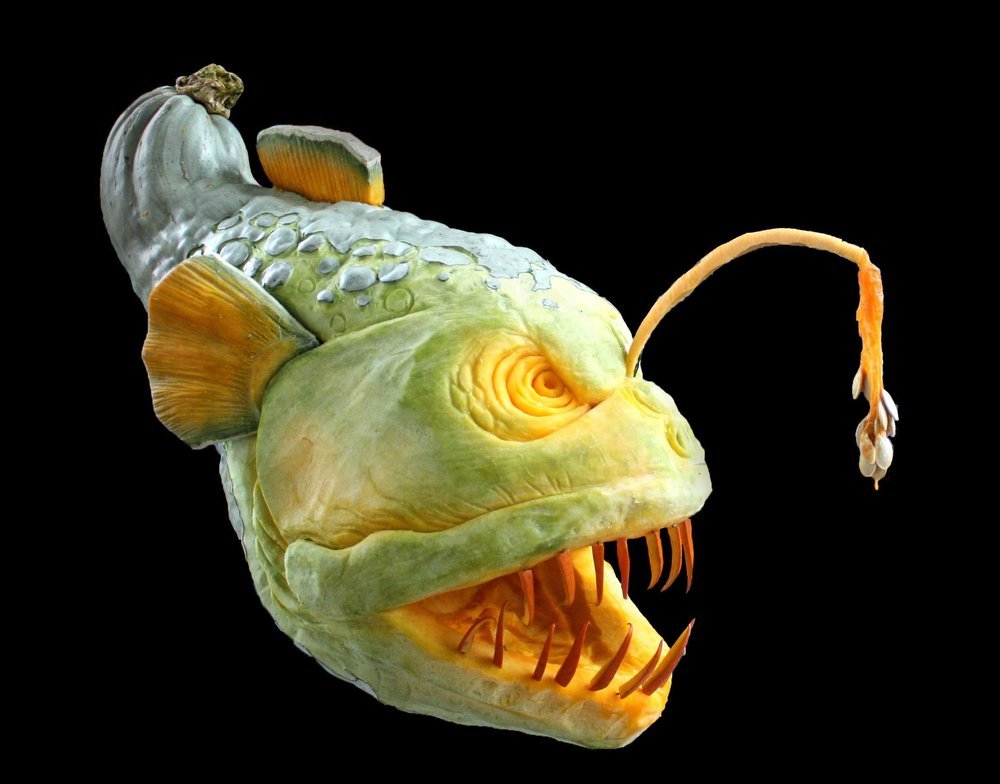 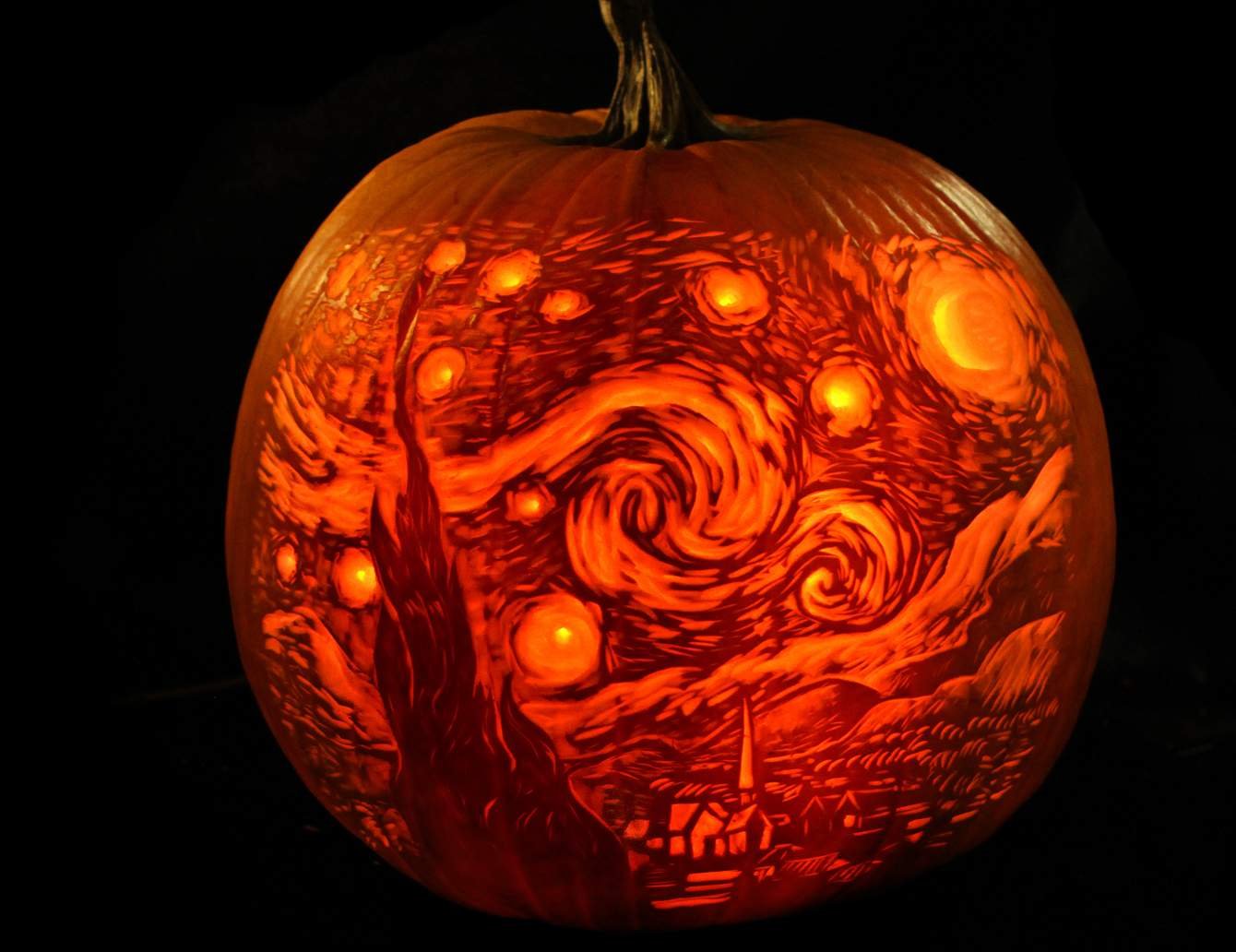 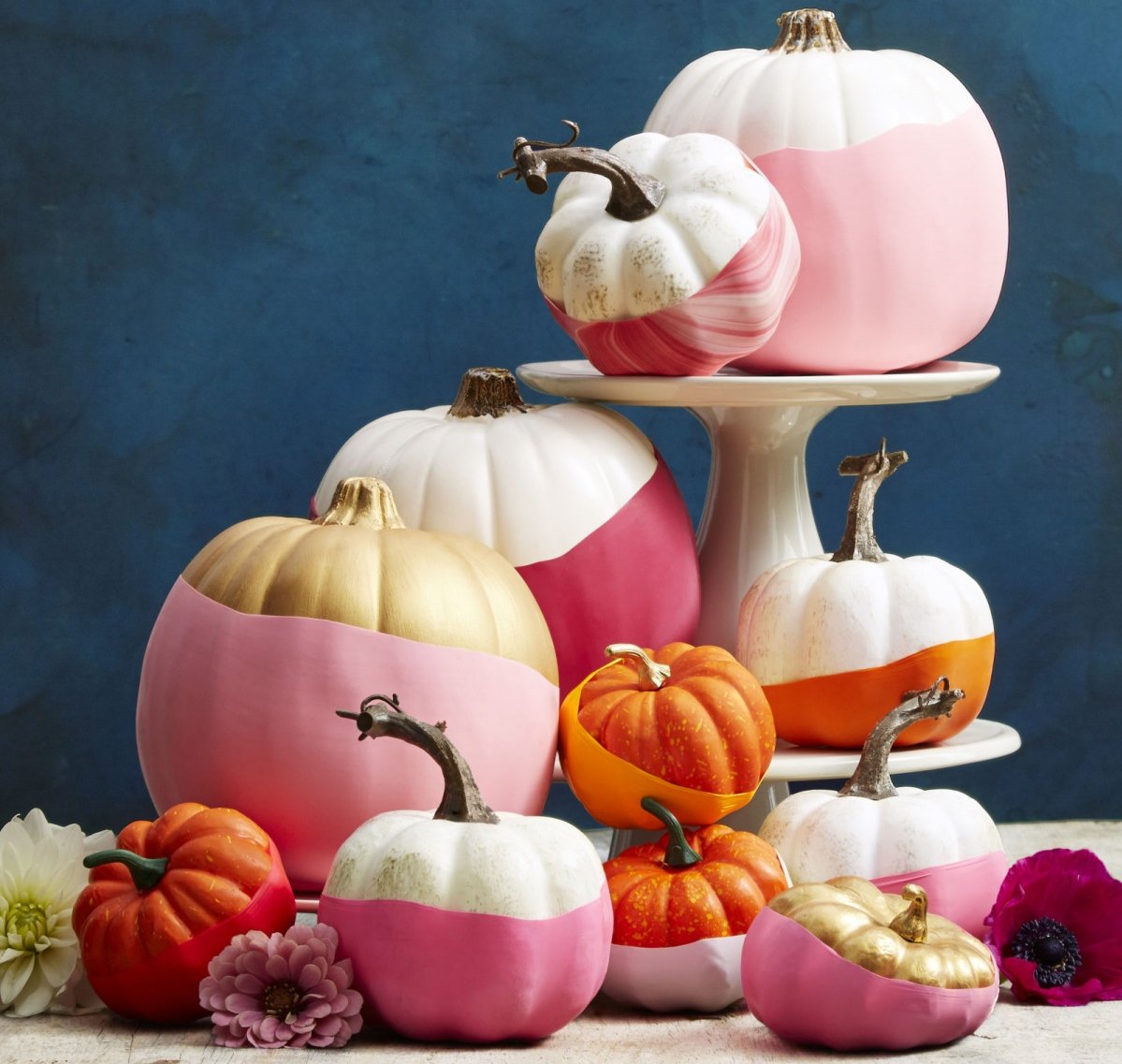 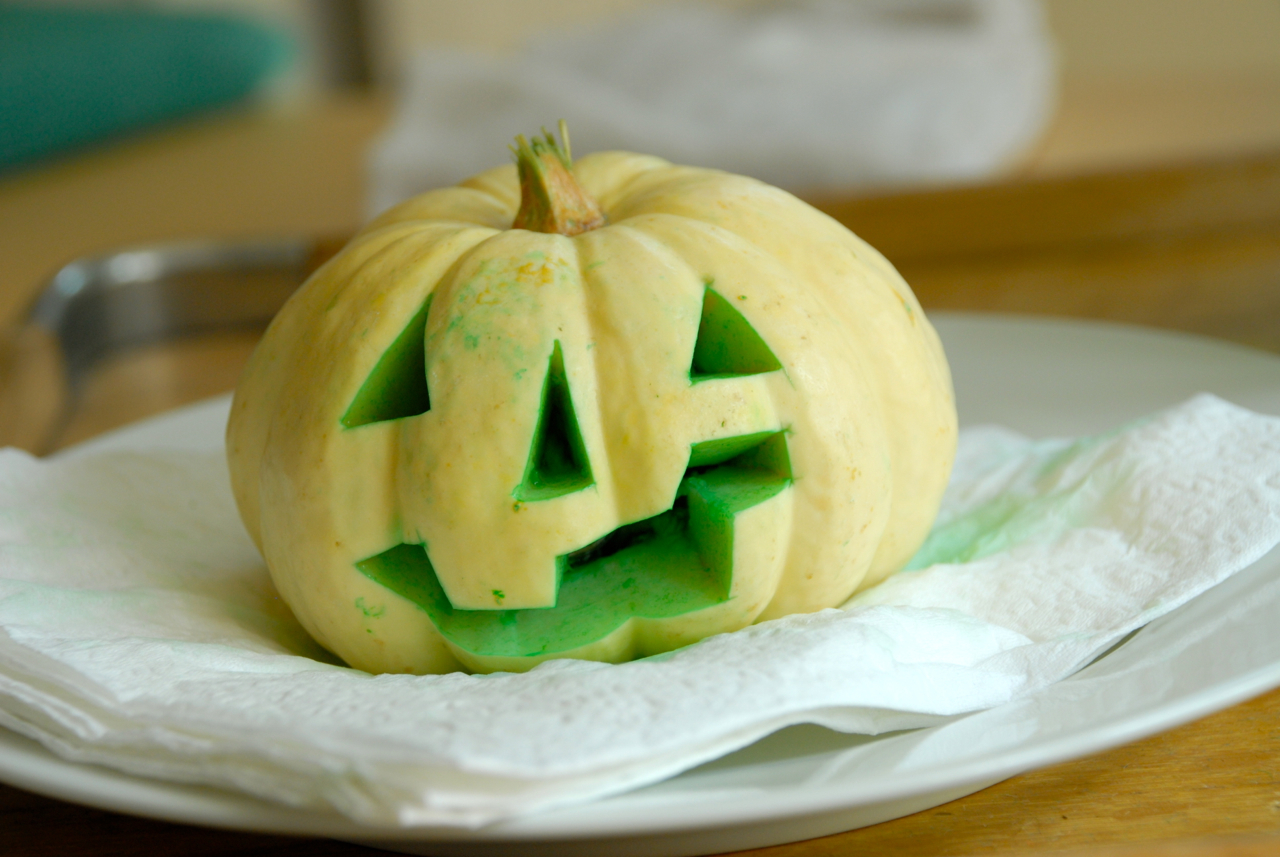 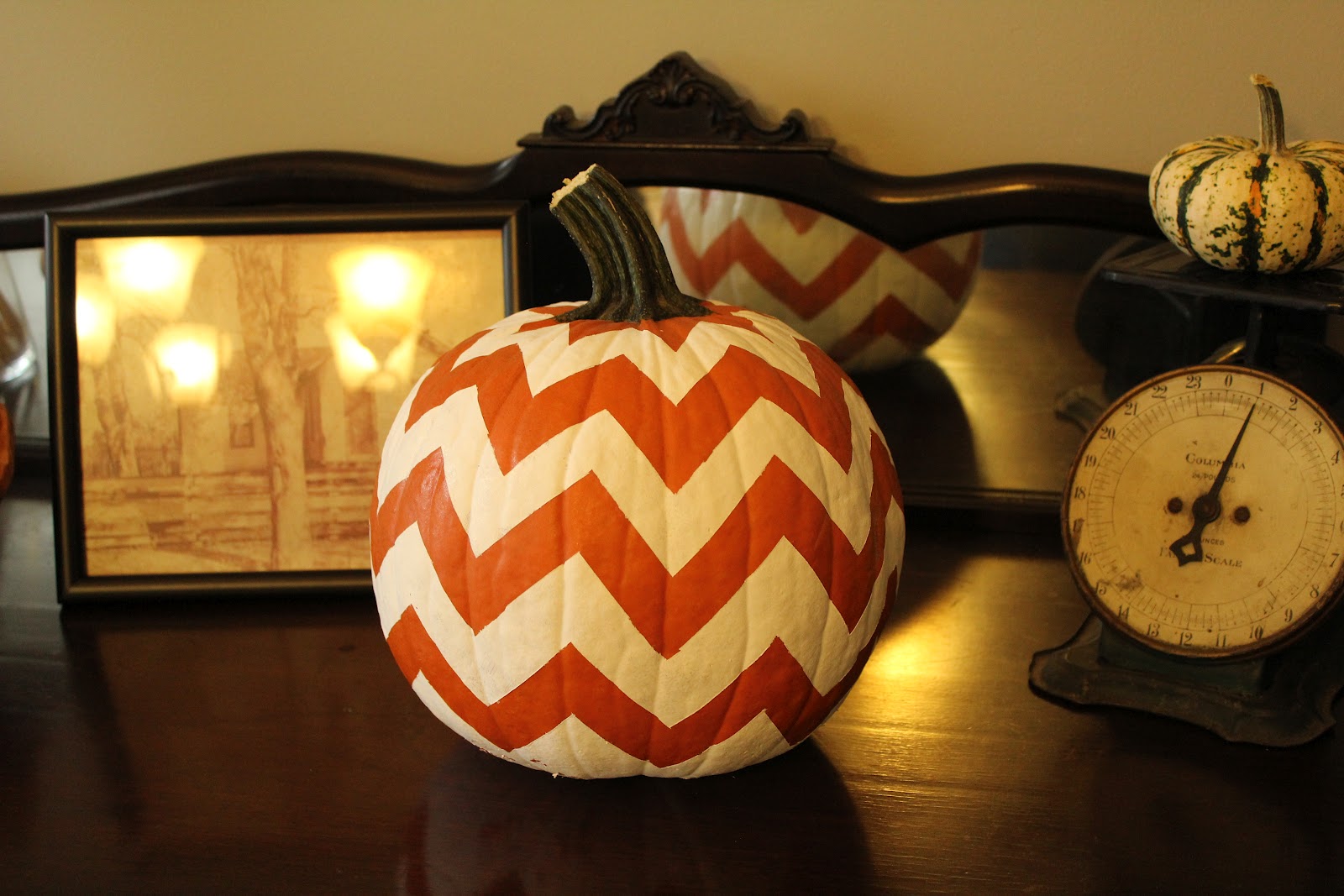 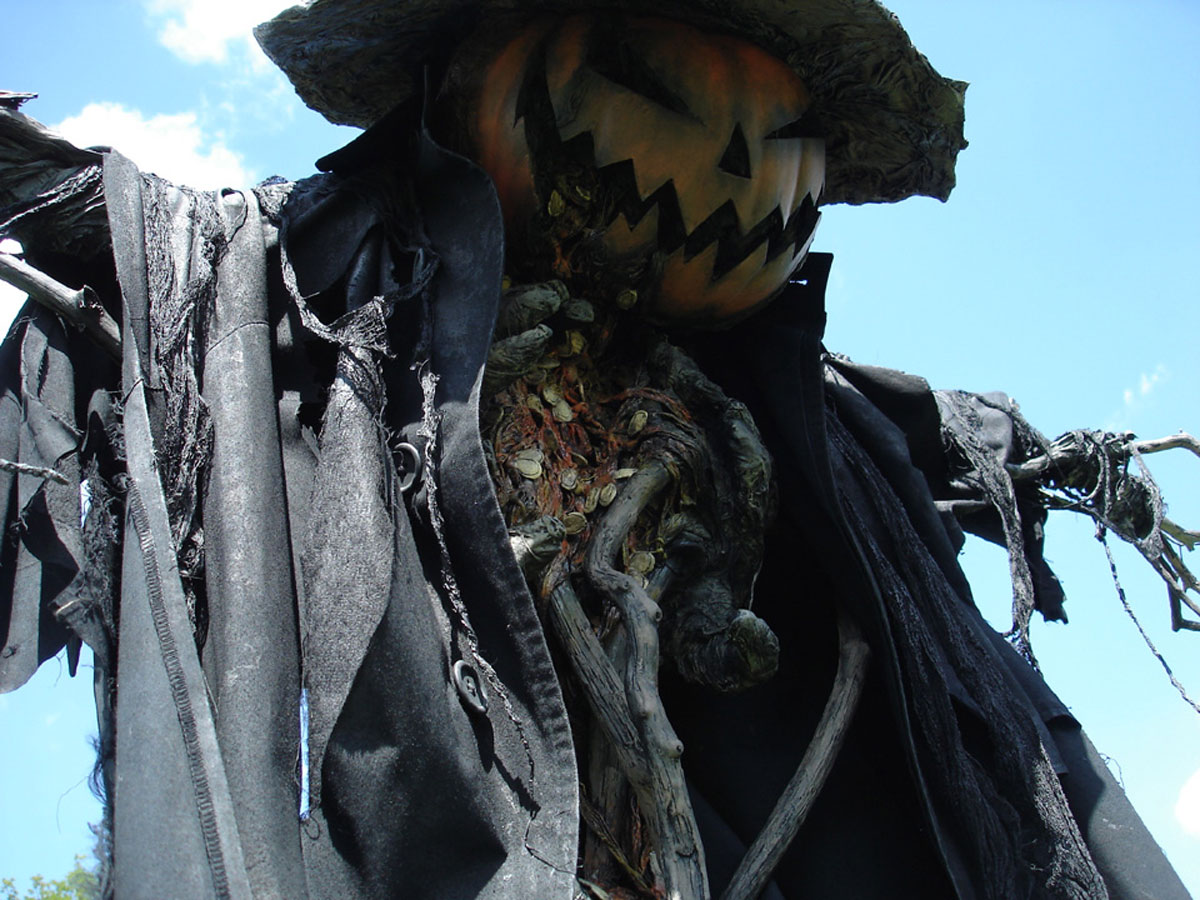 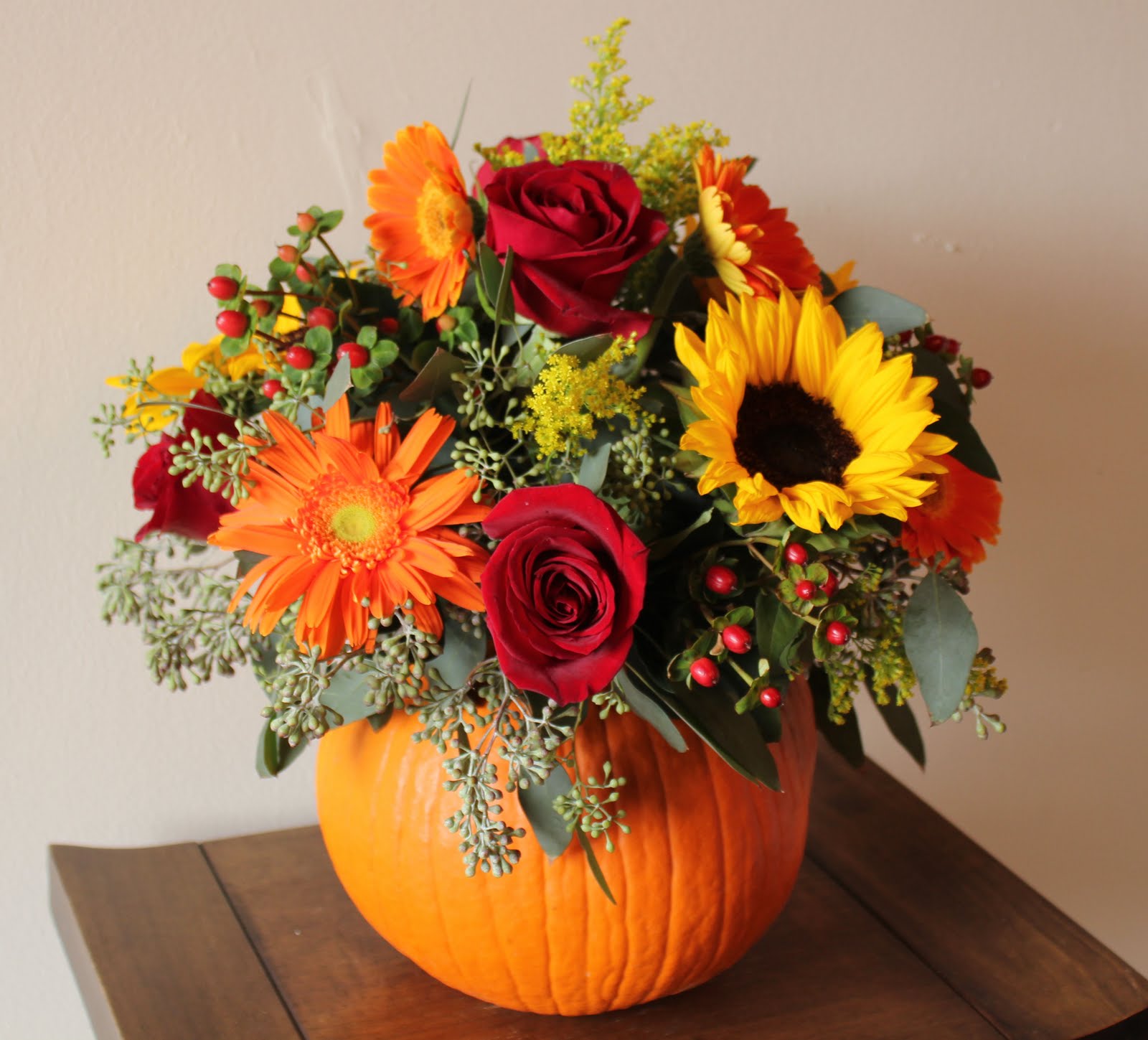 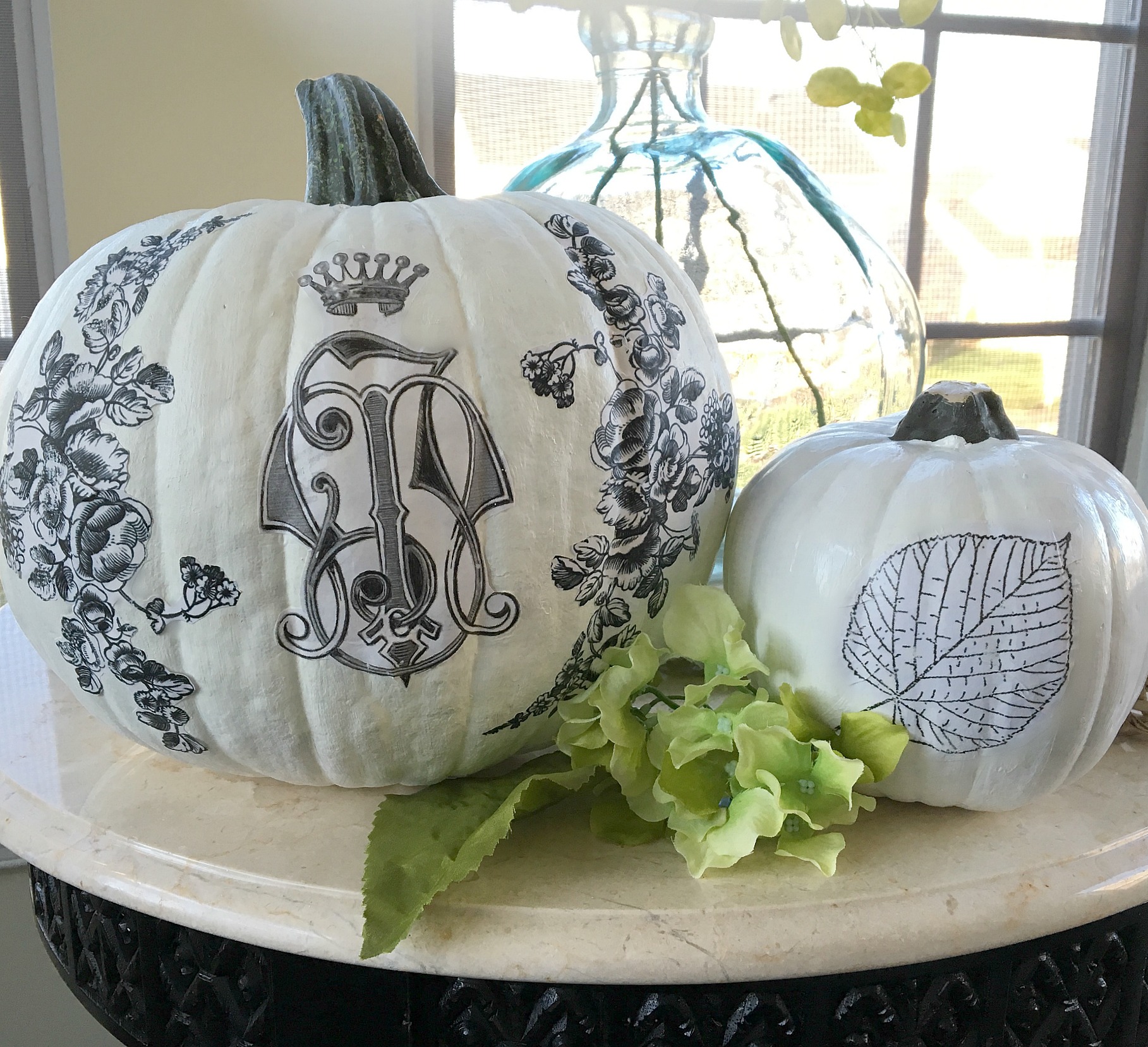 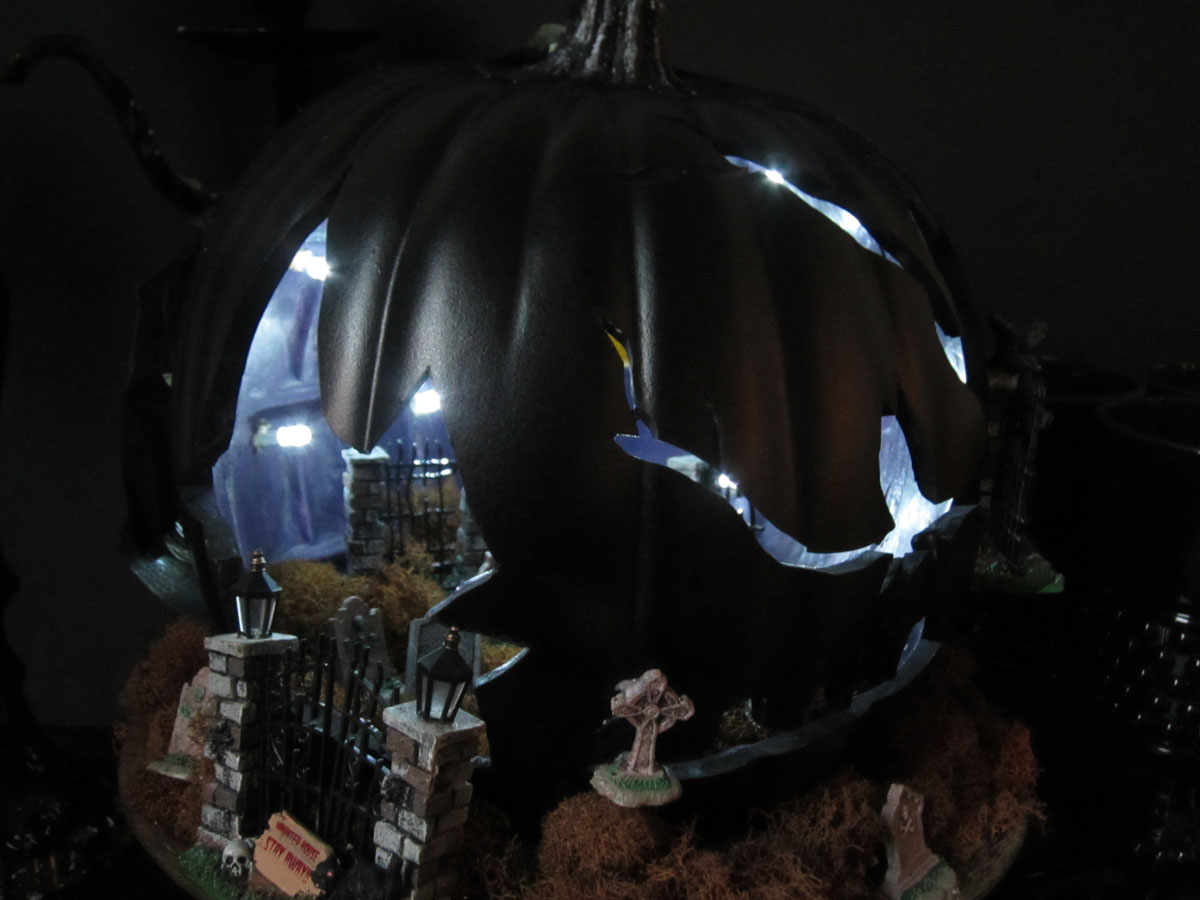 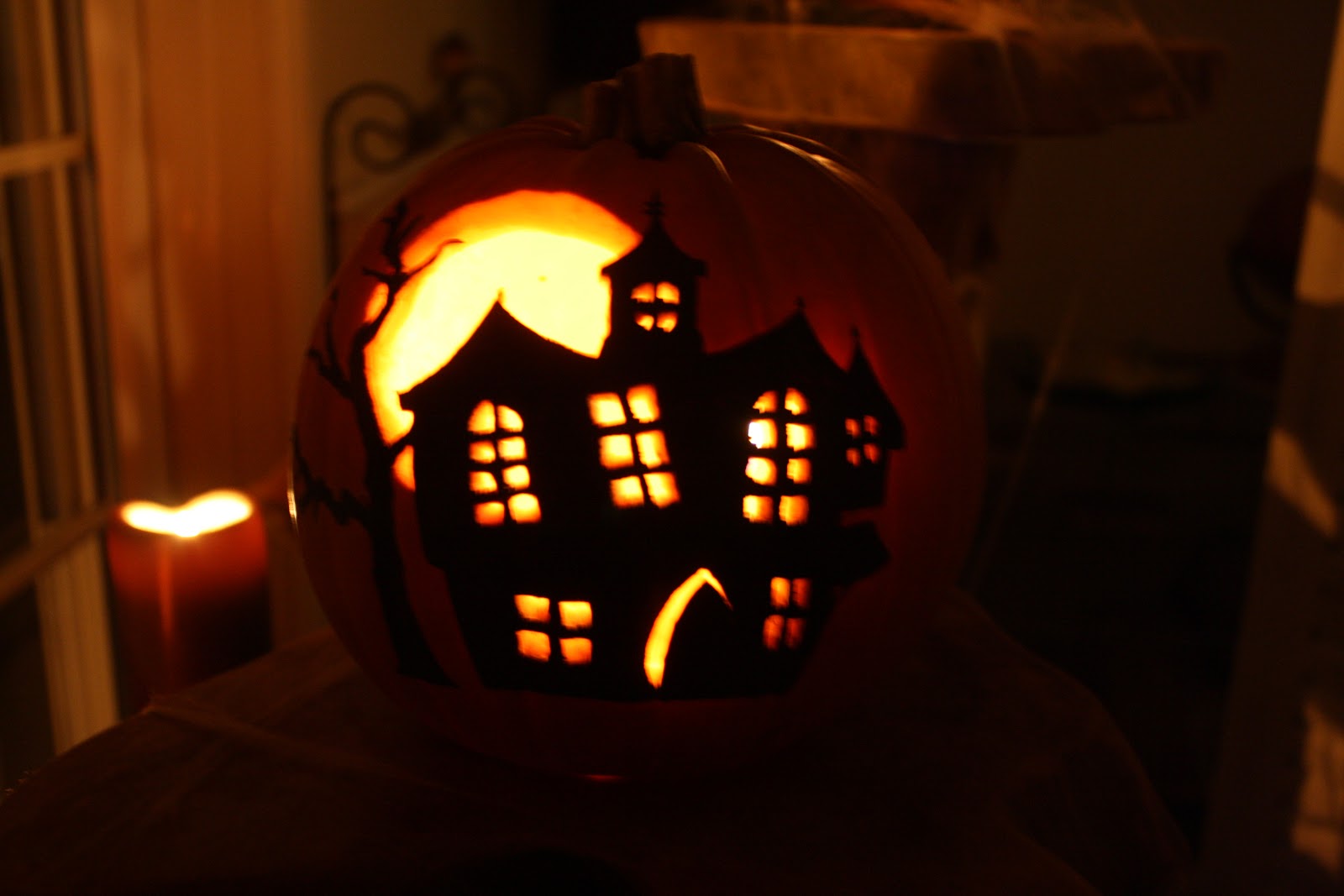 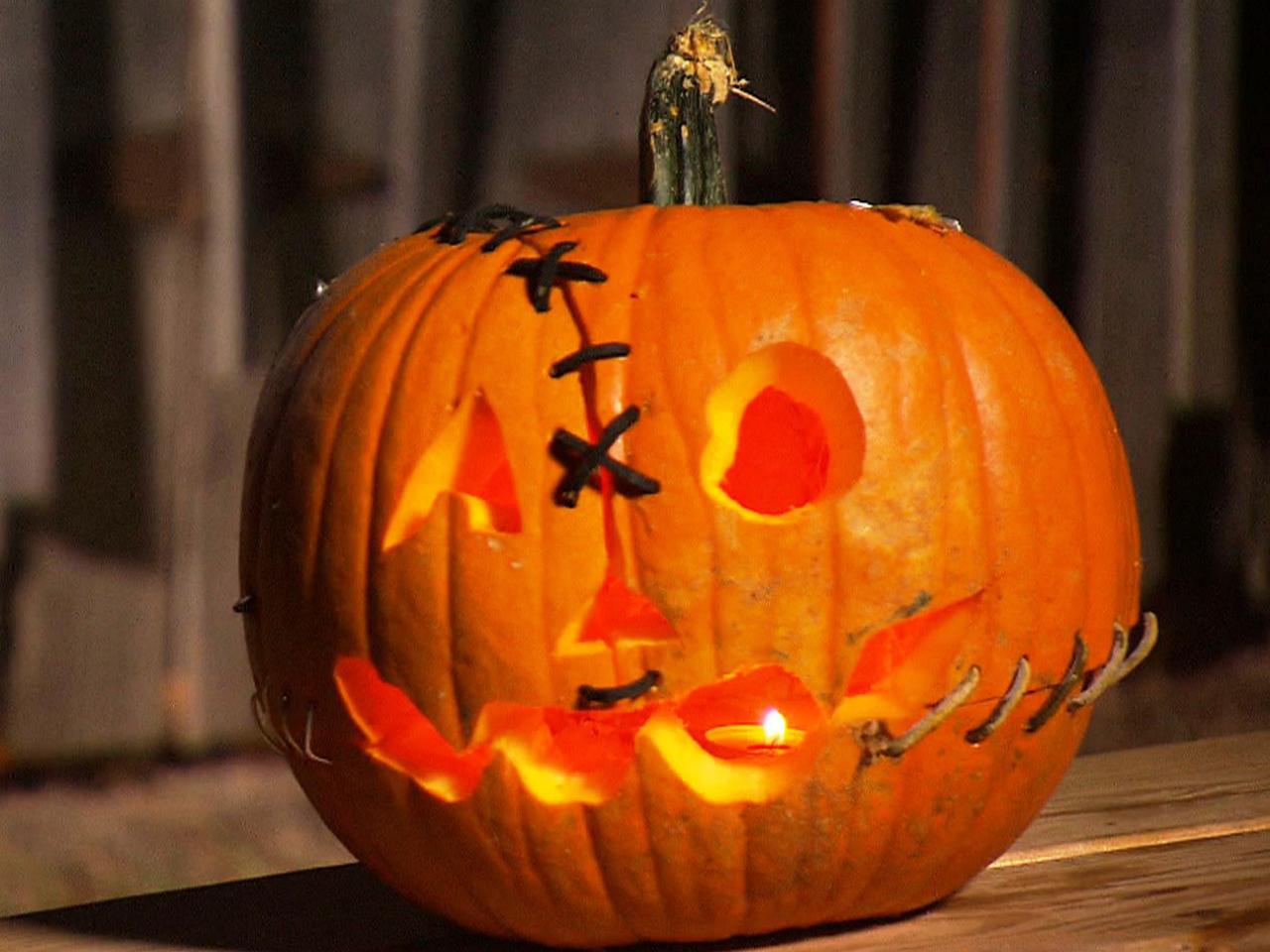 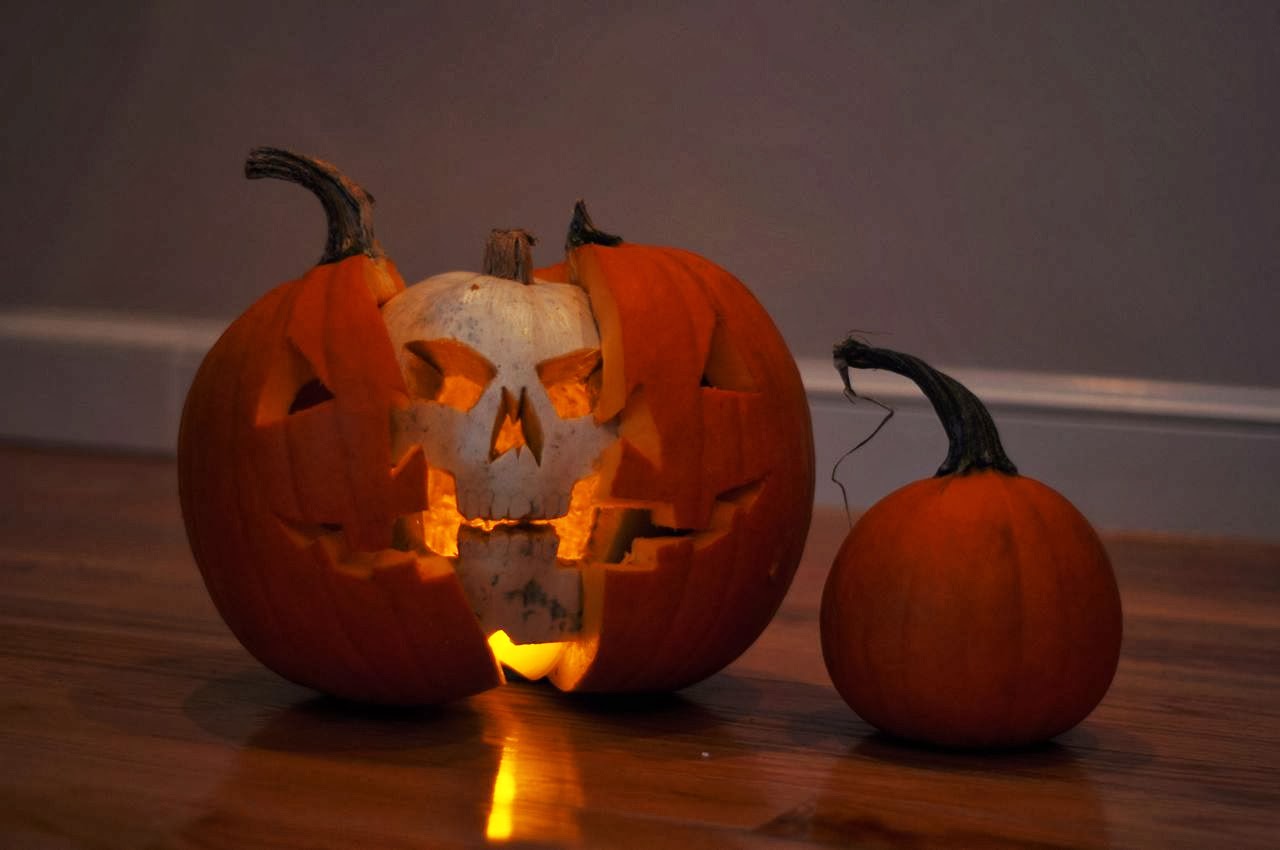 Any kid with a blade can make a grinning rictus on a jack-o-lantern, but it’s going to end up looking like every other gourd on the block. There’s a few thousand gourd grids and stencils you can print out if you fancy a standard face or a few words, but if you’re looking to go above and beyond with an idea that will turn heads and ensure your home sticks out, then we’ve got the solution.

The trick to a memorable pumpkin carving isn’t always about complexity. If you spend several hours making an exact replica of Anderson Cooper’s face, yes, your work won’t go unnoticed, but for those who don’t have the time or the artistic inclination for that unsettling piece of creation, we’ve found a few simple pumpkin carving ideas and some ordinary household items can get you to the goal line much quicker. When you want something more than ordinary without wasting a bunch of time, we’ve got 27 creative pumpkin carving and design ideas that you can easily mix and match to excellent effect.

White On The Inside

A personal favorite, all you need for this trick is a pair of pumpkins, one white, one orange. Get the orange a little bigger, then hack out the back to stuff in the white one. It works for making giant eyeballs, or the emerging skull look.

This unusual dipped look isn’t actually as difficult as it seems at first. The colored part is a cut balloon that has been stretched over the pumpkin. It can easily be done by pulling a balloon over a pumpkin then cutting away what you don’t need. Works really well with shallow pattern carvings or poking in other accessories for decoration.

Instead of carving all the way through a pumpkin’s flesh, use a lemon zester, a linoleum cutter, or a clay loop to cut just the top layer away. It can be done in whatever pattern you like, and shines through in a less direct way that looks great with paint or the dipped look.

Adding stitching or scars to a pumpkin is both a nice addition to a chic carve, and a handy way to repair a busted pumpkin that met an accidental end.

Inserting chicken wire inside a gruesome grin or behind the dastardly eyes of your jack can add a sense of menace, or create an industrialized look. You can also wrap it in barbed wire, but if you do it’s best to keep it out of easy reach.

Using mini pumpkins in conjunction with your primary carve can create a whole family of ideas. A trail of smaller pumpkins with candles in them can make it look like a congregation, or you can put a plump mini inside the teeth of a standard gourd grin to give that cannibalistic appearance.

White pumpkins are definitely in vogue, which means that it’s fairly easy to snatch up a few at your local patch. Then make a snowman-o-lantern, a set of sunflowers, or any other form of piled picture. Just cut each pumpkin so another can fit in the top without falling in.

Those who hate to carve intricate patterns tend to love this idea. All you need to do is hack out a few squares then paint a house around it for a haunted mansion or undead asylum appearance. Do barred windows and then paint a rectangle on the pumpkin and viola: Instant pumpkin prison.

Here’s where you can put that disturbing array of a figurines and toys to good use. Cut a frame into your pumpkin and then shove whatever you want into the empty space. Go on, get gruesome with the Lego collection. Then pop a red LED light in the top.

Make a monster, make a turtle, get a whole grim harvest arrangement of various squash slaughtering each other. Gourds come in every shape and size, doing half the work for you. Cut and assemble into whatever strikes your freaky fancy.

About as lazy as it gets, all you require here is a bit of copper tape wrapped around the middle of your pumpkin. It will catch the light and you never have to use those scary knives.

Don’t let kids and attractive women have all the costumed fun. Dressing up a jack-o-lantern adds a whole array of elements to a basic carve. Give it a wig, give it a nose. Put it on a scarecrow with that ugly sweater your mother-in-law gave you. Make it look like your mother-in-law and then…invite it in for tea.

You can’t go wrong with a little glitter either inside or out. Glue and sparkles add a flash of fabulous to your glam gourds.

Add a bunch of pins a-la Hellraiser, put in a flock of bats, or poke holes to create a place for flower stems to go. No carving needed, just shove and love it.

Turn your average pumpkin into a centerpiece by putting a bouquet of roses or harvest plants spilling out of the top. It isn’t spooky unless you suffer from anthophobia, but it sure is purdy.

While you’re dressing up your pumpkin and adding other festive parts to it, you can accessorize a standard carving by giving it a flowing fern or spiky cactus hairstyle. Perfect if you want a pumpkin Cher.

First, carve your pumpkin. Second, cut it up. Third, put it back together again in a slightly offset jigsaw array. It’s a disconcerting mummy look that works great with those white pumpkins that are going around.

A set of melon ball eyes, or maybe a few of those creepy horned melons can help you outfit your Halloween cut-up with an extra ick factor sure to get additional attention.

For the die-hard vegan who can’t bring themselves to hurt an innocent jack-o-lantern, you can press a basic print onto a pumpkin for a lovely showpiece that is tasteful and understated.

Chalk paint works wonders for giving your Halloween decorations a shine-free appearance. Use it on the outside for a more sinister look, or mute the glow by coating the interior of your basic carve.

These run the gamut from fun and full of life to looking like a stuffed voodoo doll. Either way, adding plants growing out of the eyes, mouth, and top of your grinning jack has a definite effect.

Similar to adding chicken wire, string art placed on a jack-o-lantern can add a new depth to Halloween decor. You can use a standard spiderweb arrangement, or branch out into something more grand and involved.

If you’ve never thought of putting your pumpkin in a cozy then it’s clear why you had to take your cousin to the prom.

If you just can’t shut up about your love for the Browns or the Dolphins, or refuse to leave the Raider Nation even for a single day, then feel free to turn your pumpkin into a Halloween homage to your team.

Math is awesome and so is geometry, which is why there’s so many hard rock songs written about them. Slap down an equation, put in a pi symbol, or just do a couple of cuts in a tasteful triangular style to get the respect you deserve.

Throw a little food coloring into the holes, and a jack-o-lantern comes alive with new hues that make it jump out for just a few pennies.