Hair Affair: How to Wear These 15 Beard Styles with Honor

A respectable chin wig is the height, the peak, the apex of manhood, and anyone that tells you otherwise is lying right to your sweet, thatched face.

Sure, women often complain about them, they tend to itch, and good luck eating anything without having to then dig detritus of it out of your bitchin’ whiskers, but beards are still worthy of our love. We evolved them for a reason, and that reason is to reach the zenith of style and cope with the world unafraid, as we hide behind a bunch of face fuzz. 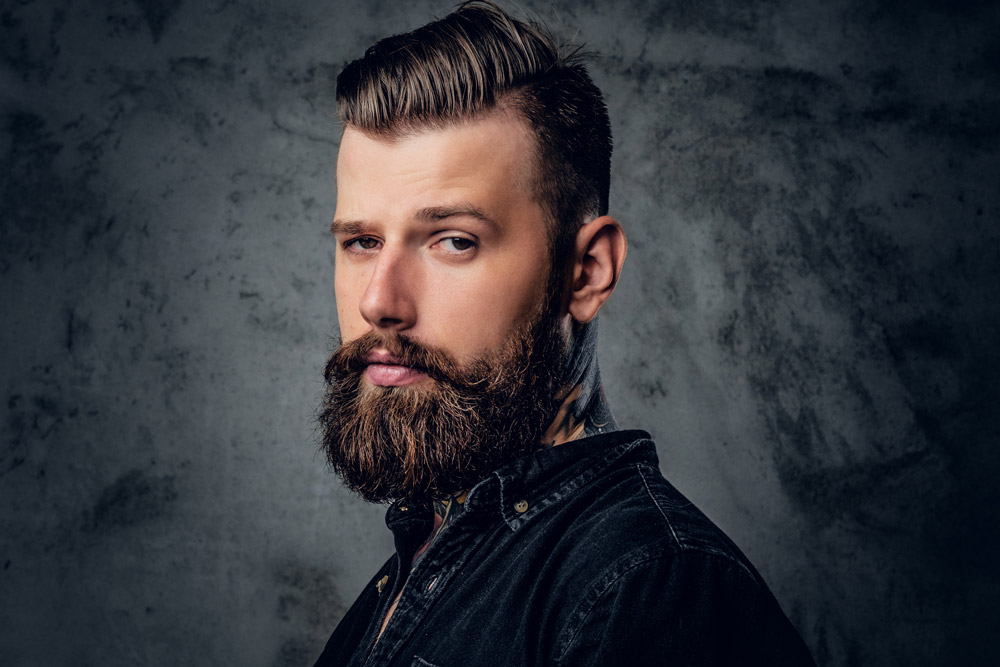 Beard Styles: How to Wear Them

In celebration of the beard we’re going to look at how to wear each of these 15 beard styles like the man or hormonally imbalanced woman you are. Viva la barba!

Wild as the Serengeti, this is a tough style to pull off in a corporate environment, because it not only allows for savagery, but encourages it. Wearing this is as simple as throwing your razor away and letting your mane run amok. Eventually you’ll want to clean up the cheeks, or perhaps mold and shape it, but at first, it’s a stallion released from the corral. Go buck wild.

Often confused with a goatee, the circle beard bears two distinctions: First, it always bears a mustache, and second, the pieces around the mouth are thicker, but generally even from top to sides to bottom. It never extends out to follow the jaw and doesn’t bear any tails that extend off the chin. With mouth closed, it should literally form a circle. Simple.

The unusual hair adopted by Tony Stark is the best example of a model Balbo. It should be neat, but the ‘stache doesn’t need to be deadly tidy, and it can have a little fluff and body to it. Ideally, it should go partway up the jawline to a point, never coming close to the ears. The moustache and beard do not truly connect, or the world ends.

Let’s settle this right now: A true goatee is almost never worn, and almost never worn well. It is nothing but the beard you might see on a billy goat, hence the name. It covers only the chin and doesn’t reach past the sides of the mouth. It doesn’t bear a moustache, though finding one without it is as rare as a French restaurant in Detroit. In the picture, Mr. Pitt has a mpustache, because only reckless fools try to get away with rocking the Goat alone.

The extended goatee expands upon the Balbo by going out to the ears, more like a full beard, but with much more trimming done on the cheeks to keep the profile low. Here, the mustache can connect to the beard, but it can also be worn with no ‘stach. Horrible pencil beards are an abomination of this style that should never be spoken of again.

You probably can’t pull this off unless you’re doing a Dickensian revival, or happen to live in 19th century England, but every year a few guys try it. Modern mutton chops should go very low, reach down to the chin, and they should always be kept clean and shorn with clear lines that make it evident you’re not insane.

When pretty boys grow out their beard, they know to keep it right and tight. This is how a full beard should look. Exactness is important, as is cleanliness, so it should always be under control and exactly the length you want. Wildness is out, since that will turn it into a Bandholz. A Full covers the face, but doesn’t extend off the jaw more than scant millimeters.

A combination of small moustache with added goatee, the Van Dyke distinguishes itself from the Balbo by the narrowness of the beard itself. A little chin music that stays beneath the mouth and a small, almost pubescent moustache make up this look. It will also make you look like old pictures of Satan, so that’s a thing.

Face Shape: Works for anyone

Wearing stubble is a little harder than most men make it out to be. First off, you want to aim for long enough that it doesn’t abrade anyone that comes in contact with your face, but short enough that it doesn’t look unclean. About 3-9mm is ideal, depending on how soft your hair is. For the love of all that is bearded and holy, give yourself a nice, clean cheek line, or you just look like a wino.

Here’s the path to walk if you want a full beard that goes above and beyond. The Garibaldi gives you thickness that you can curl your fingers into, and a thatch of hair that can create whatever jawline you like. It should be neat and tidy on top, with a frozen fire of discord and adventure as it drips from your chin.

Famous among religious sects, such as Mennonites, Quakers, and the Amish, not many folks try out the Dutch this day in age, but if you have a strikingly angular face, it’s worth a shot. No mustache to be found here, the Dutch is basically mutton chops that have grown together at the bottom of the face, and are kept at a reasonable length, with some wiggle room should you want to fluff that wool a bit.

Face Shape: Ovals or those with narrow chins

Few people wear a Verdi, so you’ll certainly stand out. This borrows from several styles, but becomes its own animal due to a few features. First, it is a full beard, completely encompassing the jawline, making it larger than just an extended goatee. Then, the moustache doesn’t connect to the beard, but instead is styled like Salvador Dali’s when in a particularly flamboyant mood. It’s a nice steampunk look, and utterly anachronistic anywhere.

Here’s where we hit the nuance of the soup catcher. True, this looks like a Balbo. Yes, it seems to be a Van Dyke. Fair, it could also be a goatee. When you mix a tightly trimmed lip decoration with minor beard extensions that go just past the mouth, but not quite to the center line of the jaw, you’ve got yourself an anchor. The smaller the moustache, the easier to identify a real anchor. Rigid grooming is the sign of a real one.

Somewhat the opposite of a Garibaldi or a Dutch, the Ducktail extends out from the chin, more like a standard goatee, but also has fullness to the edges of the face, and connects heartily and happily with your ‘stache. It slims the face to an imperious point, and is good at making guys look like arrogant jackasses.

A ducktail that has been split in the center to create two distinct points, this tends to be archaic, but is best for those who want to braid their chin hair and never lie with a woman again.

Is there anything we missed?

What type of beard are you wearing, and how happy are you with it?

We’d love to hear from you and your experiences. Hit us up in the comments below. 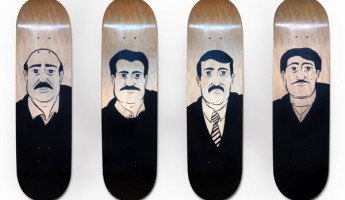 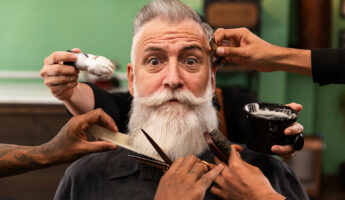 Beauty
10 Best Beard Balms: Settle the Beard Balm vs. Beard Oil Debate Once and For All 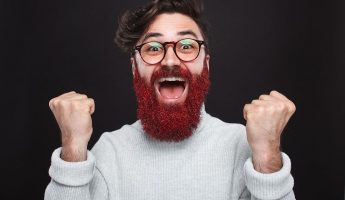 Style
Beard Dye and Coloring Guide – Should I Dye My Beard? 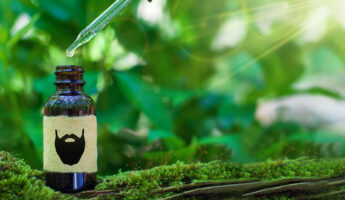 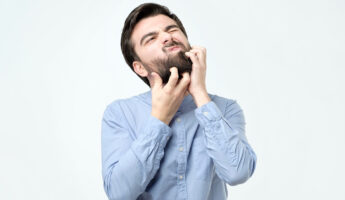 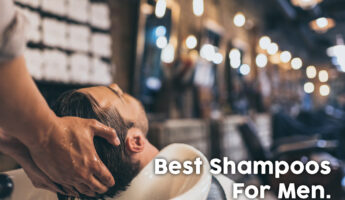 Beauty
Mature Hairline: Causes of a Receding Hairline in Men + What to Do About It 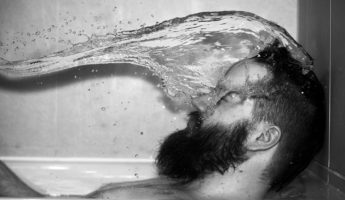 Entertainment
12 Steps To Growing a Manful and Attractive Beard 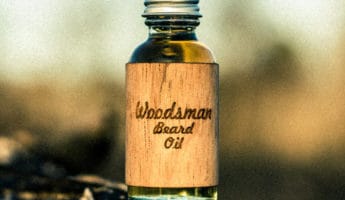 Beauty
17 Best Beard Oils for Happy Hedges
TheCoolist is supported by our readers. When you buy through links on our site, we may earn a commission. Learn more.
Let's connect
What’s Hot
Join TheCoolist
100% free, unsubscribe anytime.