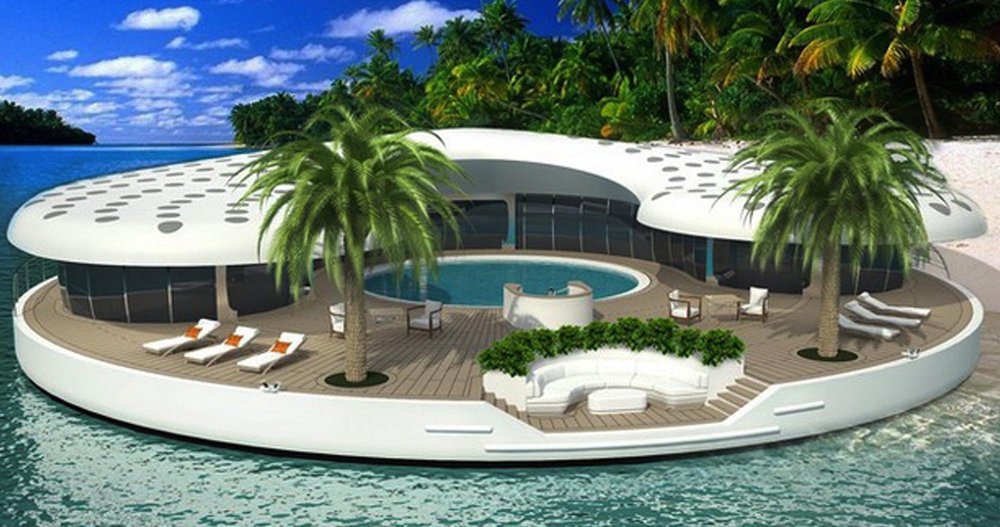 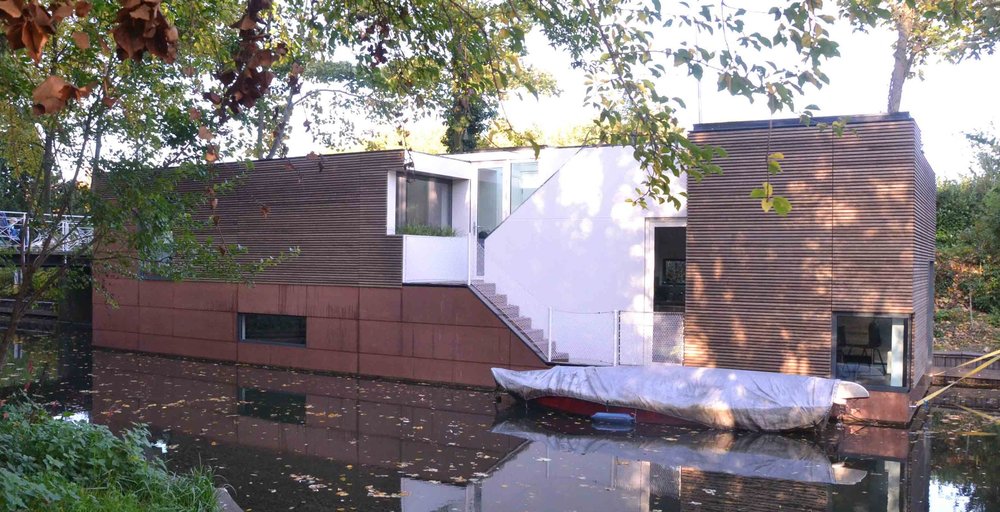 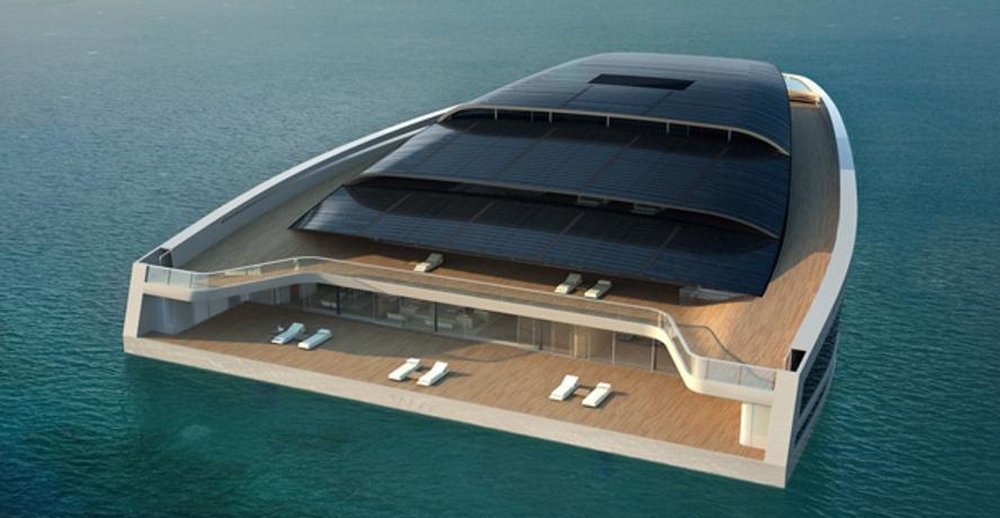 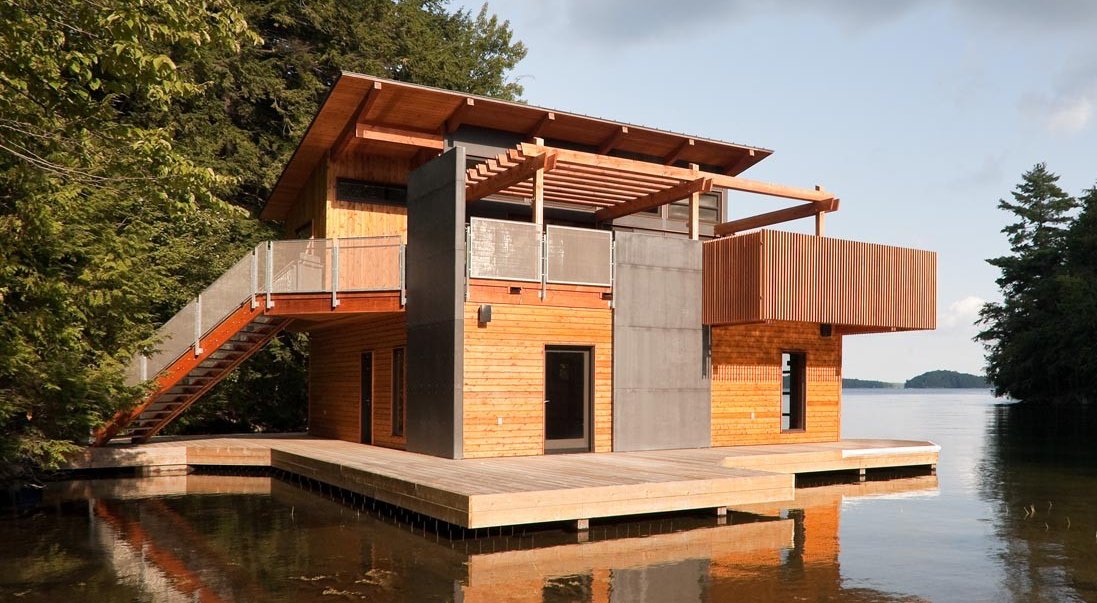 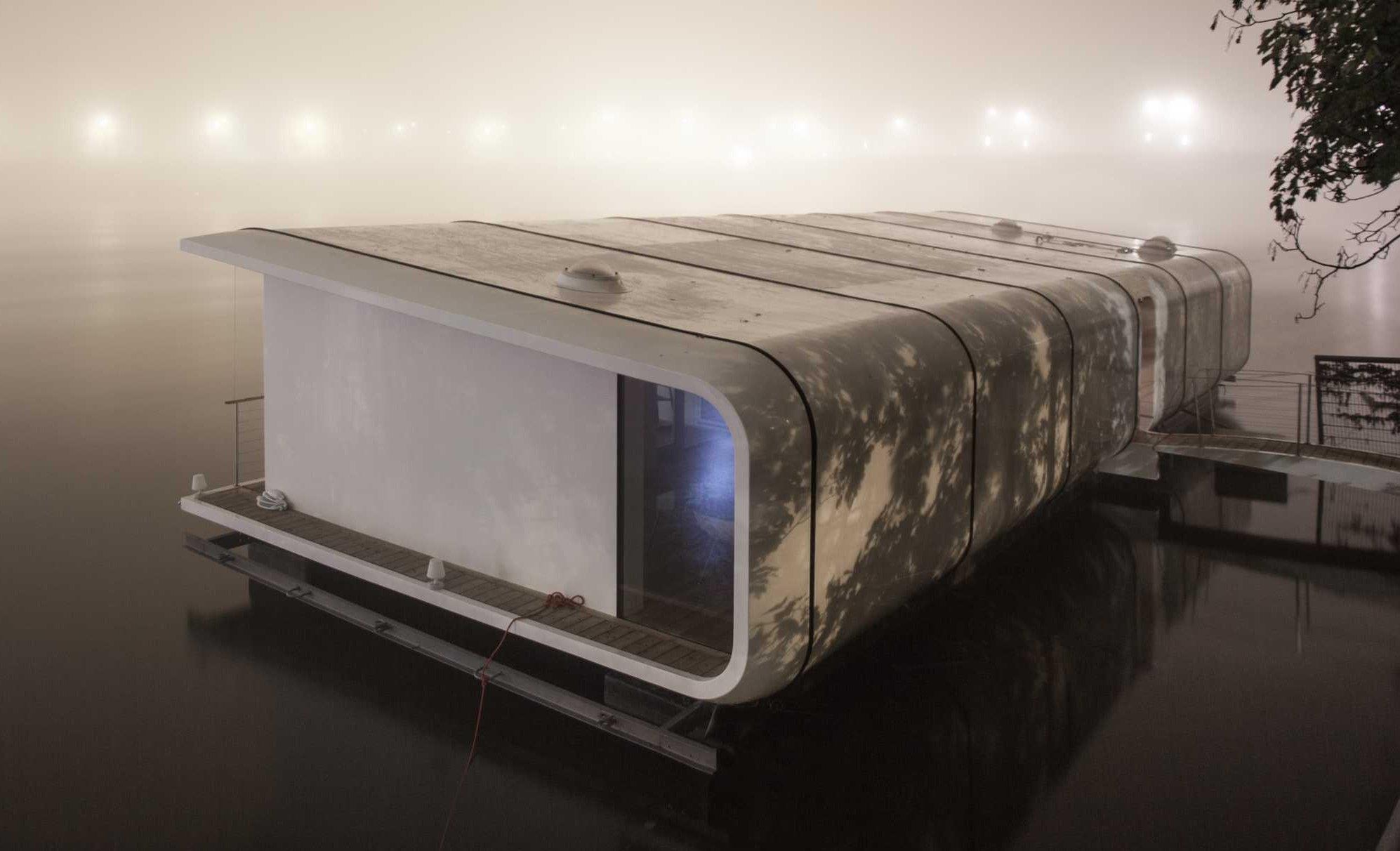 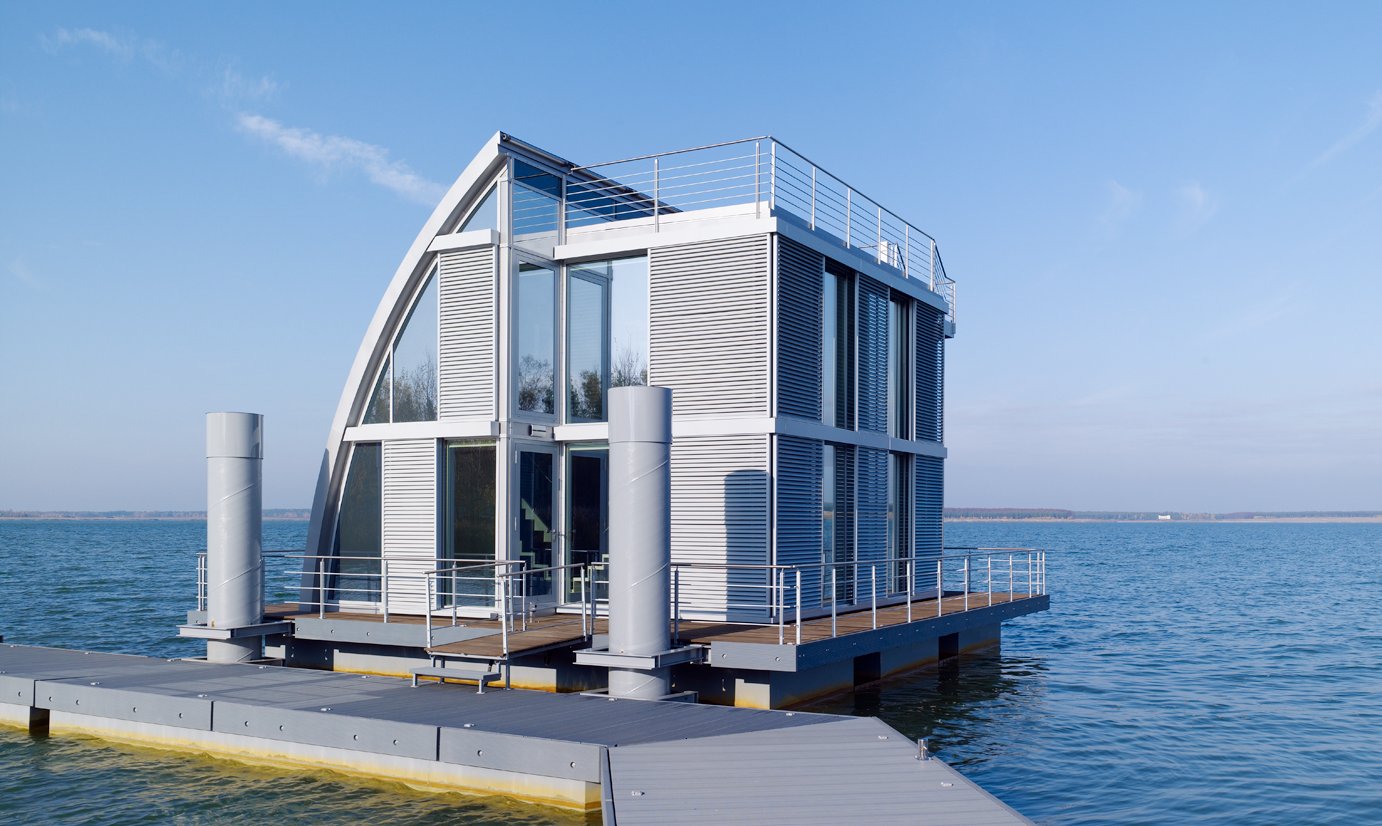 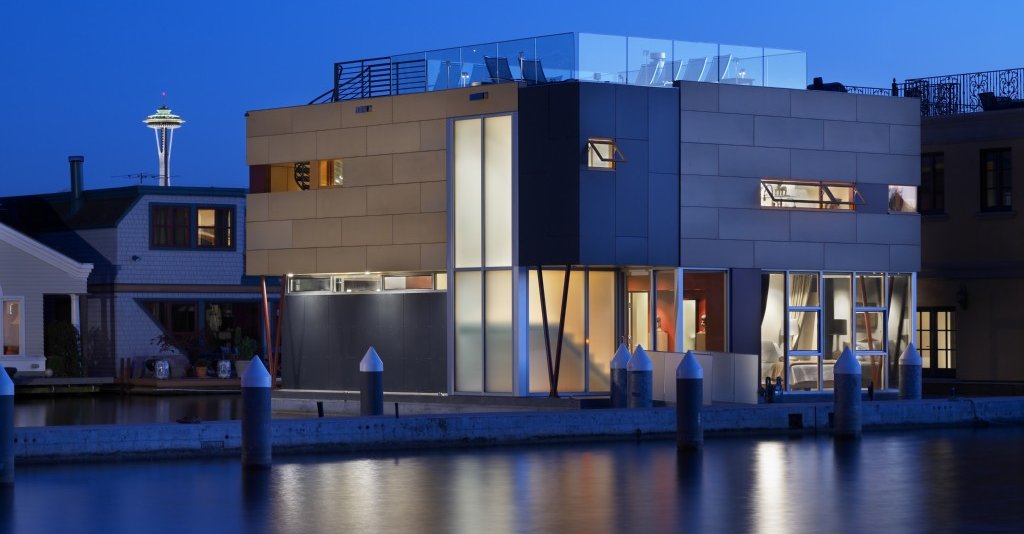 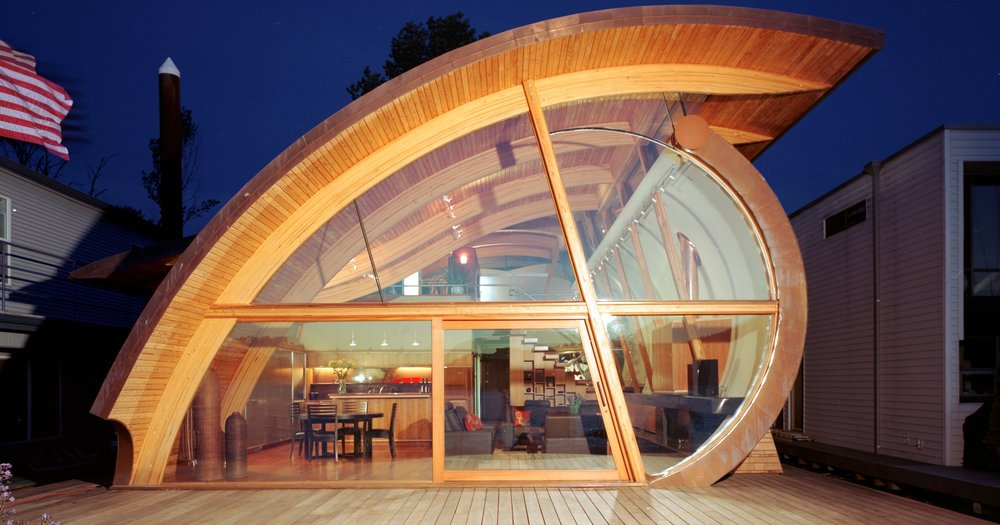 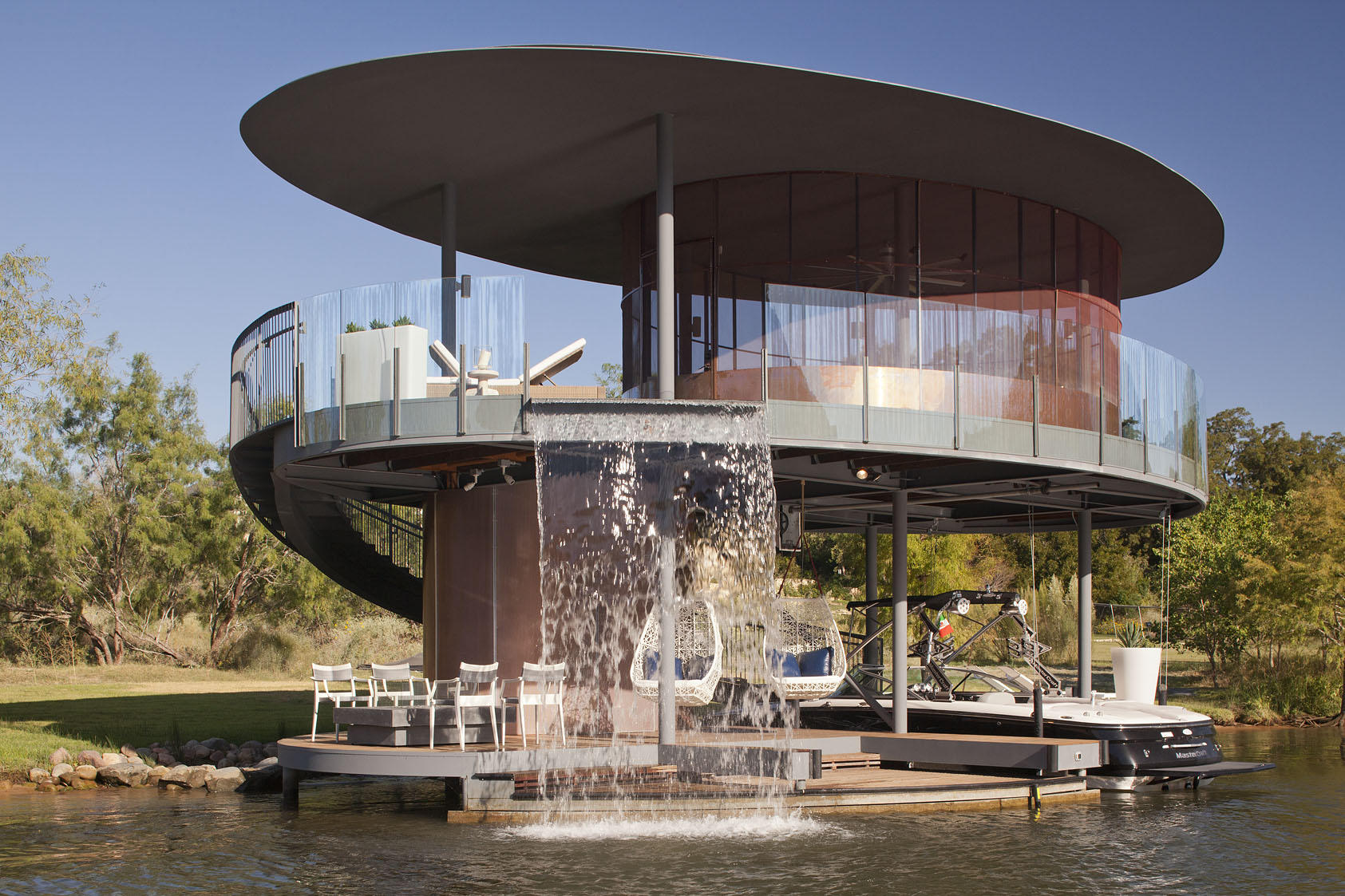 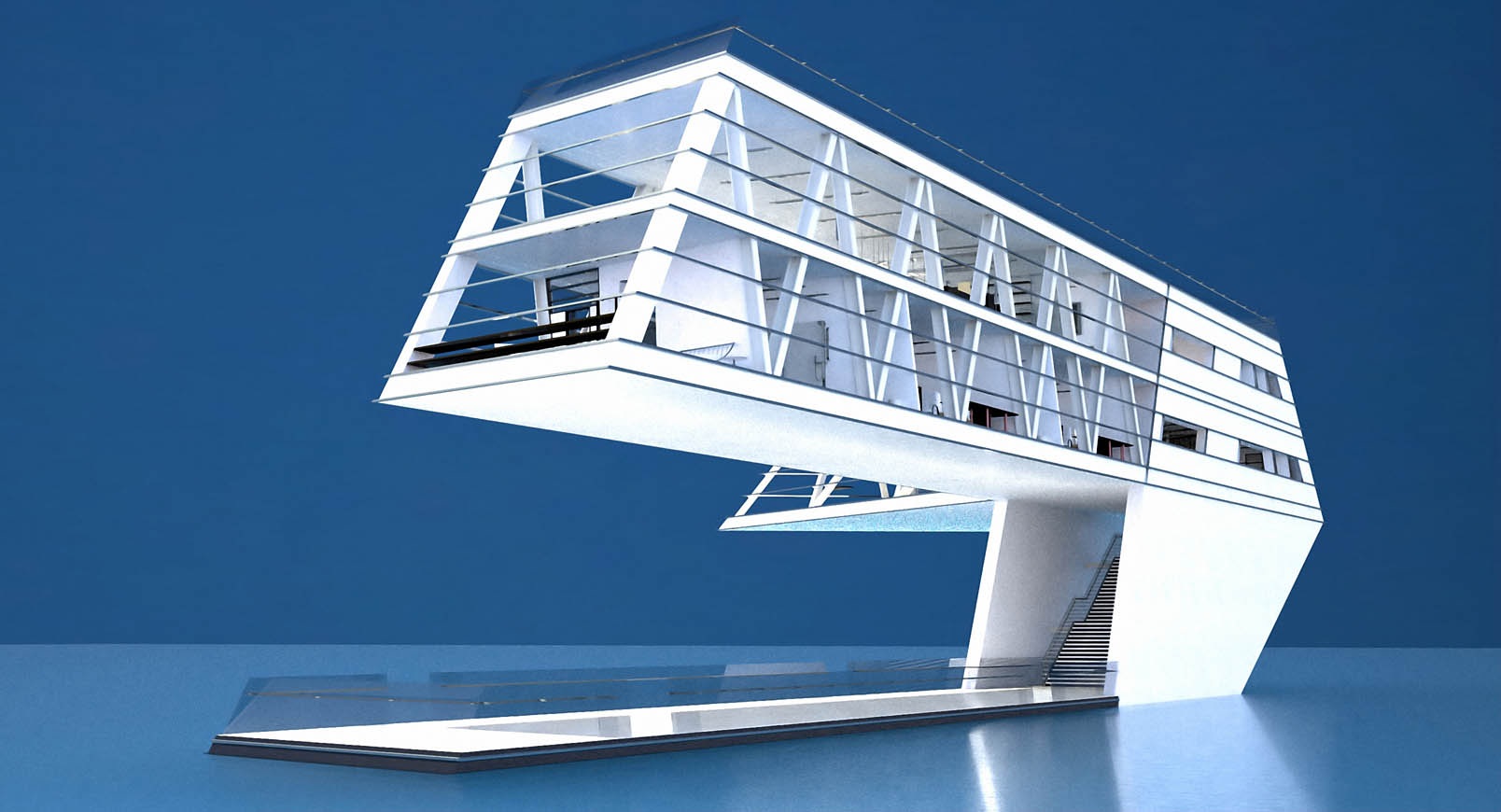 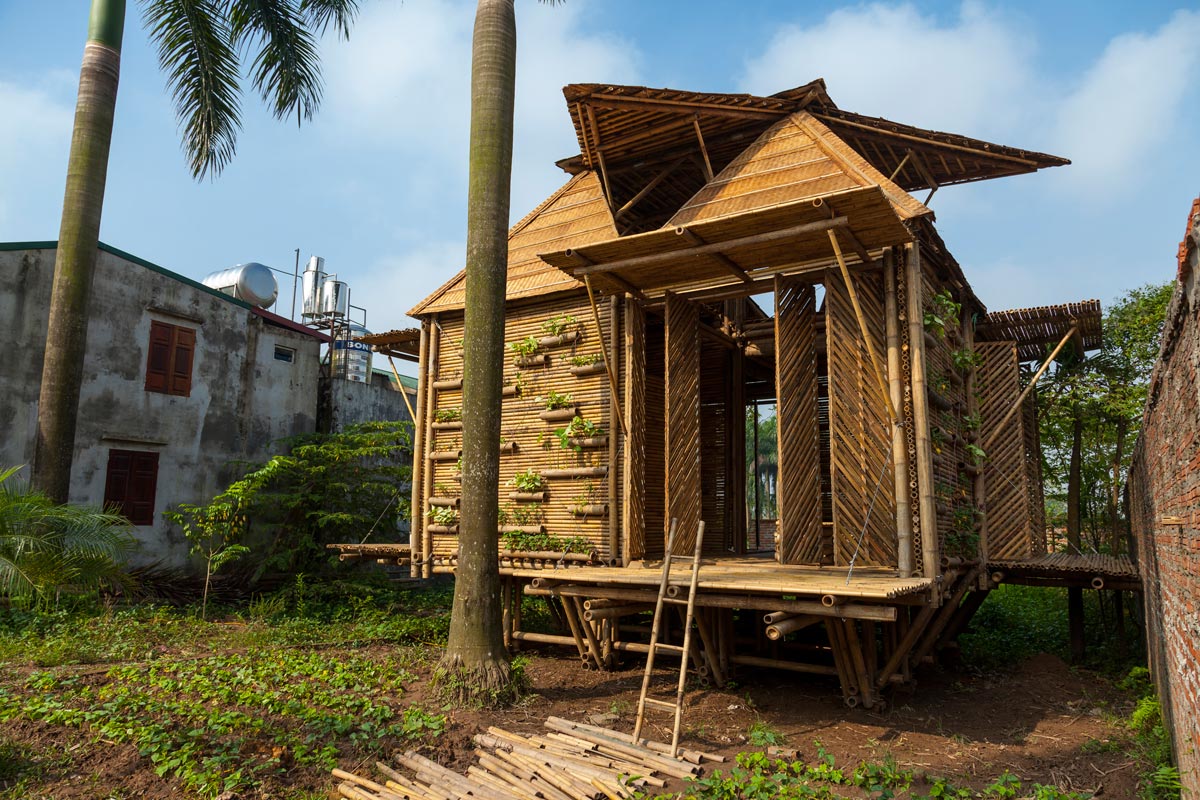 Beachfront and lakeside property are for rubes and bumpkins who aren’t committed to a life out on the open seas. Being able to stroll down to swim with a 5-minute commute to get your feet wet is quaint. It’s cute. It’s a last millennia dream come true.

Those who are a little more sophisticated and want a house where they can leap out their bedroom window onto their paddleboard, and do a swan dive off their roof are going to need a floating home.

The buoyant house combines the allure of living near the water with the complete freedom and autonomy of never having to fight with beachcombers and lake lurkers. By getting a house that floats you eliminate luremen fishing on your “private” beach and the late-night, drunken parties of the local kids who ignore “Trespassers will be fed to the volcano” signs as part of their adolescent rebelliousness.

Though it’s a novelty to much of the west, floating homes are nothing new to places like Amsterdam, Japan, Vienna, and China where space is at a premium and many have no choice but to live on the water.

Some are houseboats, which tend to be more like aquatic RVs, but many are permanently anchored with water, sewer, gas, and electricity that hooks right into the grid. They ape traditional homes in every way, they just happen to exist out on the water.

Every coastal city has a few of these floating fantasies, and an increasing number of landlocked states – like Minnesota, the land of 10,000 lakes – are beginning to capitalize on this trend by creating tiny islands where none existed before. So that you aren’t left behind, living the life of the odious dirt-dweller, here’s 16 examples of exceptional floating homes to help whet your appetite for seafaring.

Devised by artist Stephen Turner, this simple tiny house bobs atop the Beaulieu River in England. A river house is a unique treasure indeed, since the eddies of moving water are far more complex than those of a placid lake. It tethers to the shore like a boat using a floating entryway that leads to the simple bed, bathroom, worktable, kitchen array intended for one, so long as that one lacks claustrophobia.

Living life on Lake Huron, this Canadian house wasn’t made on site, but rather built elsewhere then floated to its destination. Steel pontoons provide the ability of the home to drift up and down as the water level changes, with an interior that is replete with storage space, has a huge kitchen with pantry, and even a sauna for detoxifying your body as the view cleanses the soul. 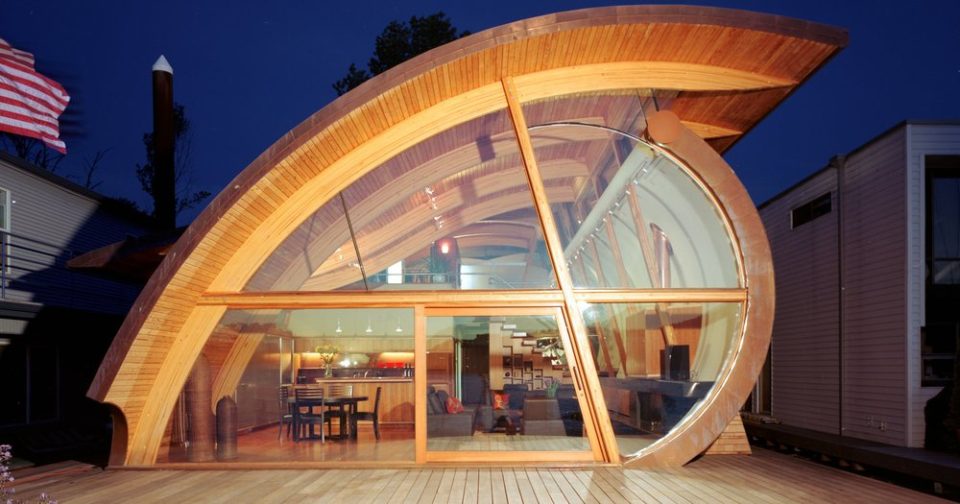 Portland lives up to its name as one of the most friendly places to park your houseboat for long-term stays. Made by notable architect Robert Harvey Oshatz who devised the seashell structure, it incorporates wide windows that provide ample light at all times. Despite its permanent appearance, this is actually a houseboat that can be moved with some serious elbow grease.

Heading north from Portland to the waterways of Seattle, we find this luxury home that runs into the $3.5 million range. Despite the ‘penthouse’ moniker, this is a true triple threat with three stories, three bedrooms, and three-and-a-half bathrooms.

Currently in the concept and design phase of development, the WHY goes beyond the traditional houseboat to create an apartment-grade superyacht that is ready to take to the seas, acting as a luxury condo, a ship, and an entire pool deck that can go wherever the horizon takes you.

You’ll note that this isn’t currently afloat, which is part of the genius that Blooming brings to the water table. Able to work on dry land, these were developed for those who live on potential floodplains. Costing a scant $2,500 to build and capable of being outfitted with reclaimed oil drums so that when the creek rises, the house goes along with it.

Built to resemble a sail that is big with ocean breeze, the Steeltec37 uses that sweet German engineering to intense effect. Made in the Lusatian Lake district of Deutschland, this is a vacation rental that is so filled with light it had to be outfitted with special slatted shades to protect renters from the overabundance of sunlight pouring in.

Though Portugal might not be the indomitable sea power that it once was, they’re proving that they can still pull surprising maritime innovations out of their sleeve. Made by Friday, a group of industrial architects and naval engineers who specialize in personal submarines, they have an array of made-to-order prefab houses in varying sizes. The solar motor proves that sustainability isn’t far from the mind of their designs.

Those who prefer to rent rather than buy shouldn’t be cut out of the option of living like an Atlantean, which is why Koen Olthuis of the Netherlands devised this apartment complex capable of keeping 60 residences above water as the ice caps cause waters to chew away our precious land-based real estate.

Recently renovated by architect Christopher Simmonds to add 600 square feet, this is living proof that a floating home need not be strange, unusual, or esoteric. It looks, feels, and acts just like any standard, rustic cabin in the region, with the added benefit of existing almost wholly independent of land.

The resident family of the ParkArk previously called a steel ship home, and demanded that the Ark reflect similar features, since they loved their previous vessel with such passion. Copper plates on the sides lurk just above the water, while the squat, low-profile build is meant to maximize space while blending in with the canal below.

Built as a vacation rental for those who wanted a yacht experience without all the hassle of actually going on a ship, this futuristic house required so much creativity, they couldn’t drum up a better name than “House On Water.” That brilliant design is thanks to Jedrzej Lewandowski of Le 2 Workshop. Desalination and solar panels on top are just a few of the ecologically friendly features to be found aboard.

Deep in the heart of Texas, the Bercy Chen has 360-degree views of the Lake Austin as well as the surrounding Canyonlands Preserve. Shade for a boat slip is provided, as is a built-in waterfall, just in case you needed one more aquatic feature.

The 1,900 square feet of living space doesn’t include the rooftop sun deck where whiling away the long summer days is part and parcel with life out on the water. The kitchen is as contemporary as it comes, and there’s 6 full bedrooms packed into this basic box, which tips the scales at 165 tons, ensuring the wind, waves, and even icebergs can’t put it under.

An AirBnB rental that can be had for about $235 a night, the Port X sits on the River Vltava in Prague. A stunning counterpoint to the archaic architecture of the historic city, this smooth beauty is made to be able to come apart and be towed away at a moment’s notice, or drug along to a new location. The Port X Project promises more of these to crop up around the world as time slides by.

Another option that is still in the dream phase of development, Ome was dreamt up by Donald Starkey Designs and Palmerstone. In the center of the 104-diameter ring sits a seawater pool surrounded by 5 bedrooms and ample living quarters for a large family who requires both upper and lower decks for their nautical amusement.