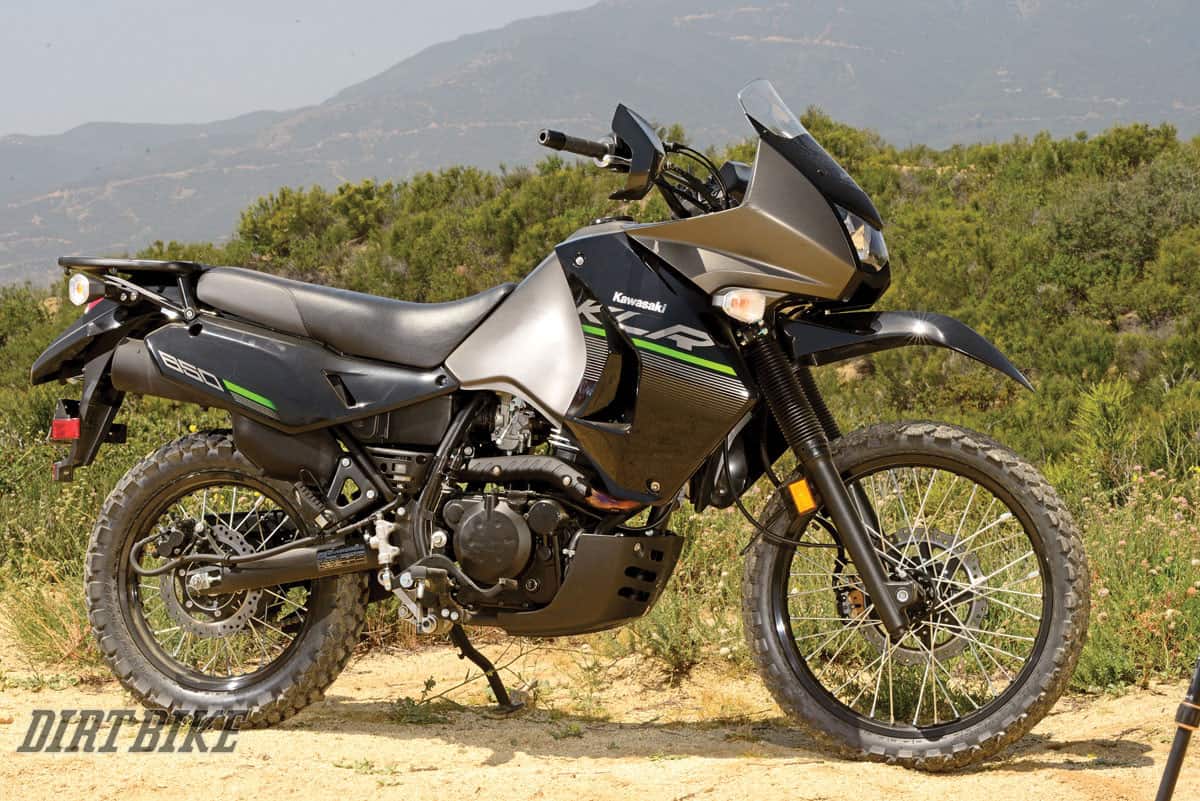 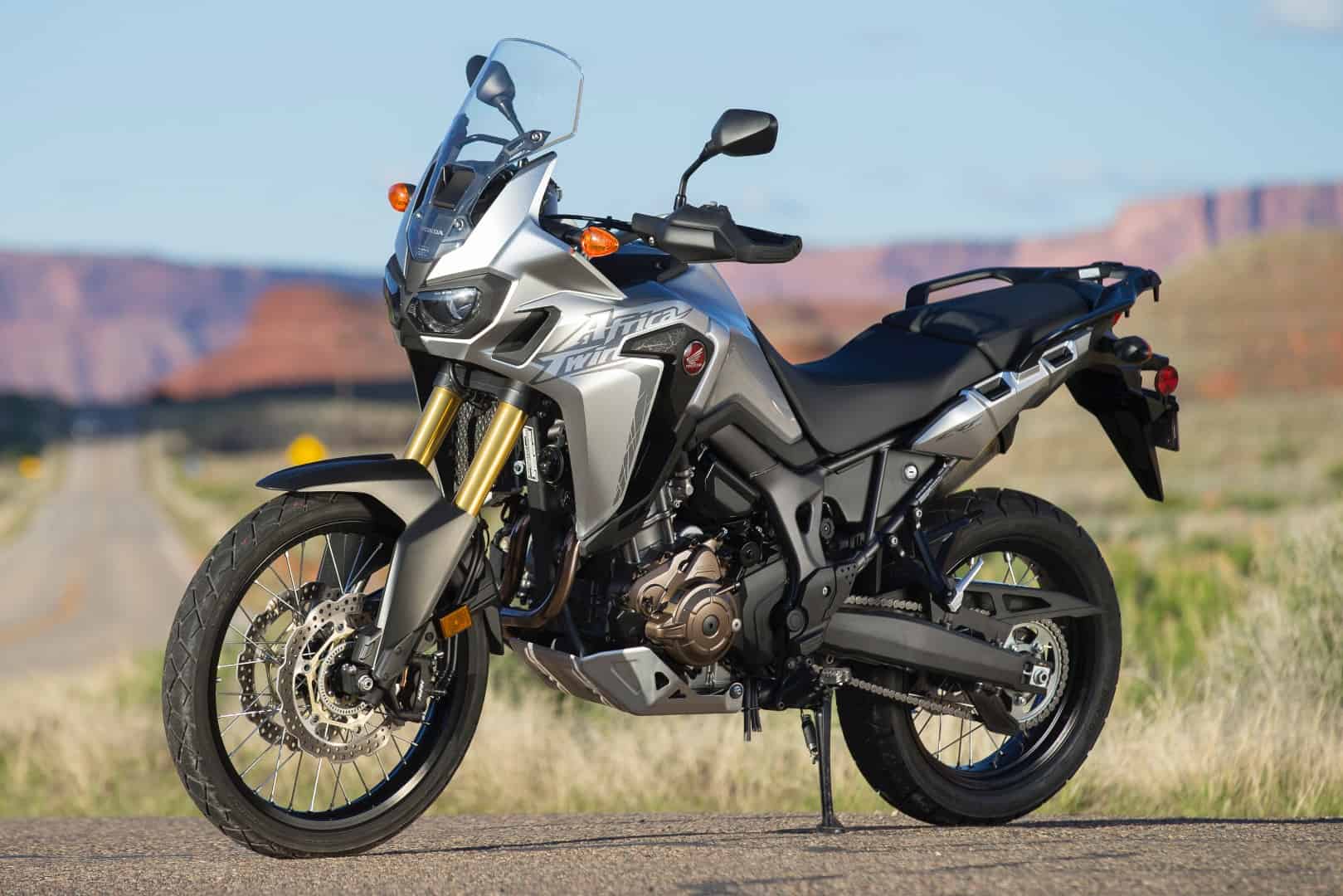 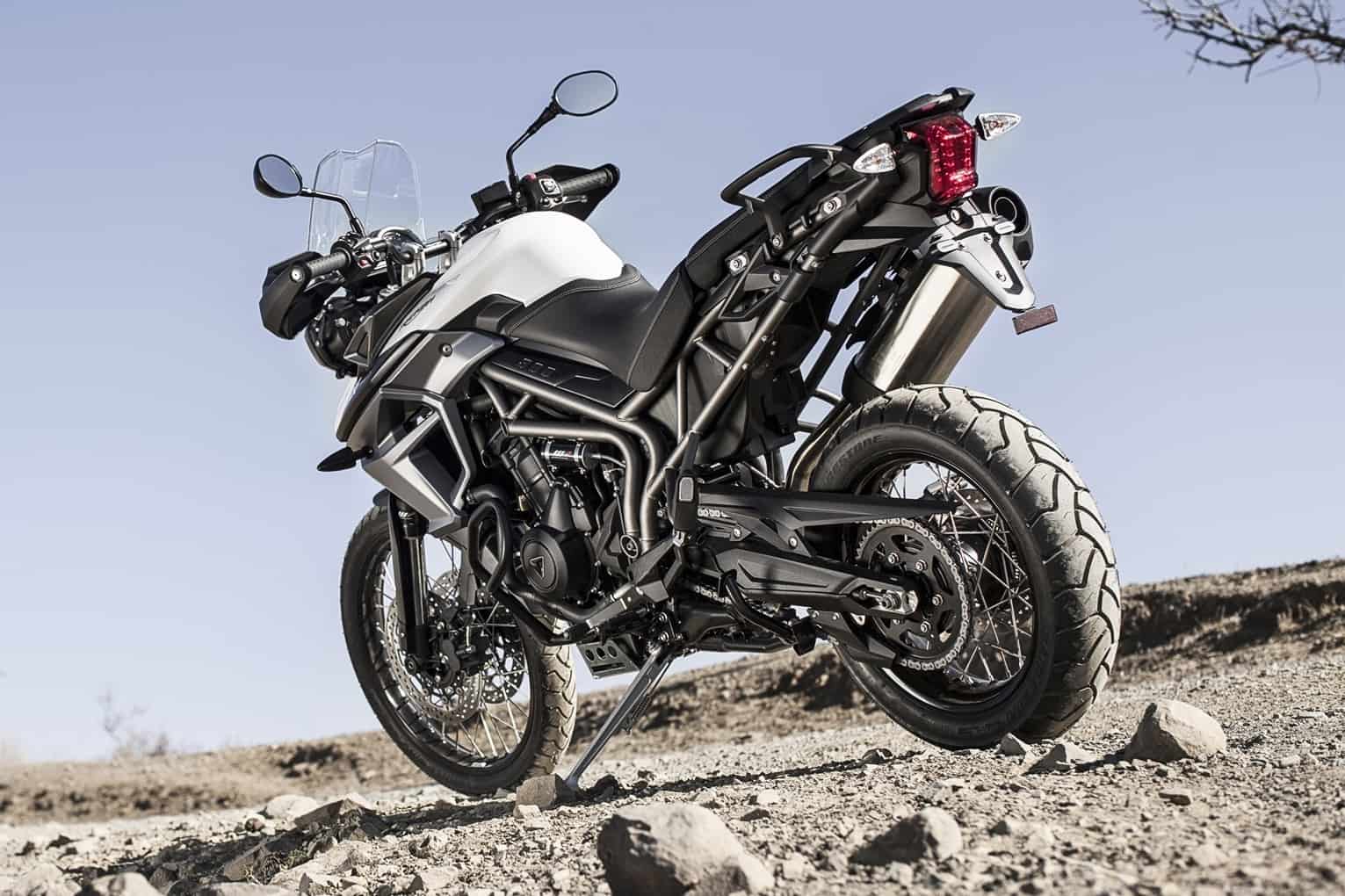 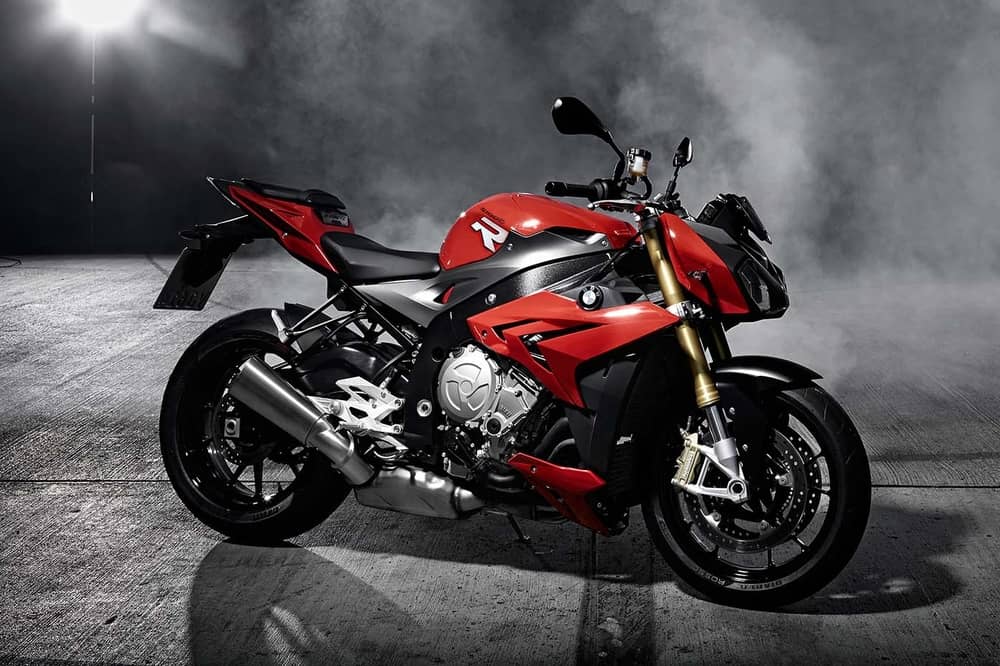 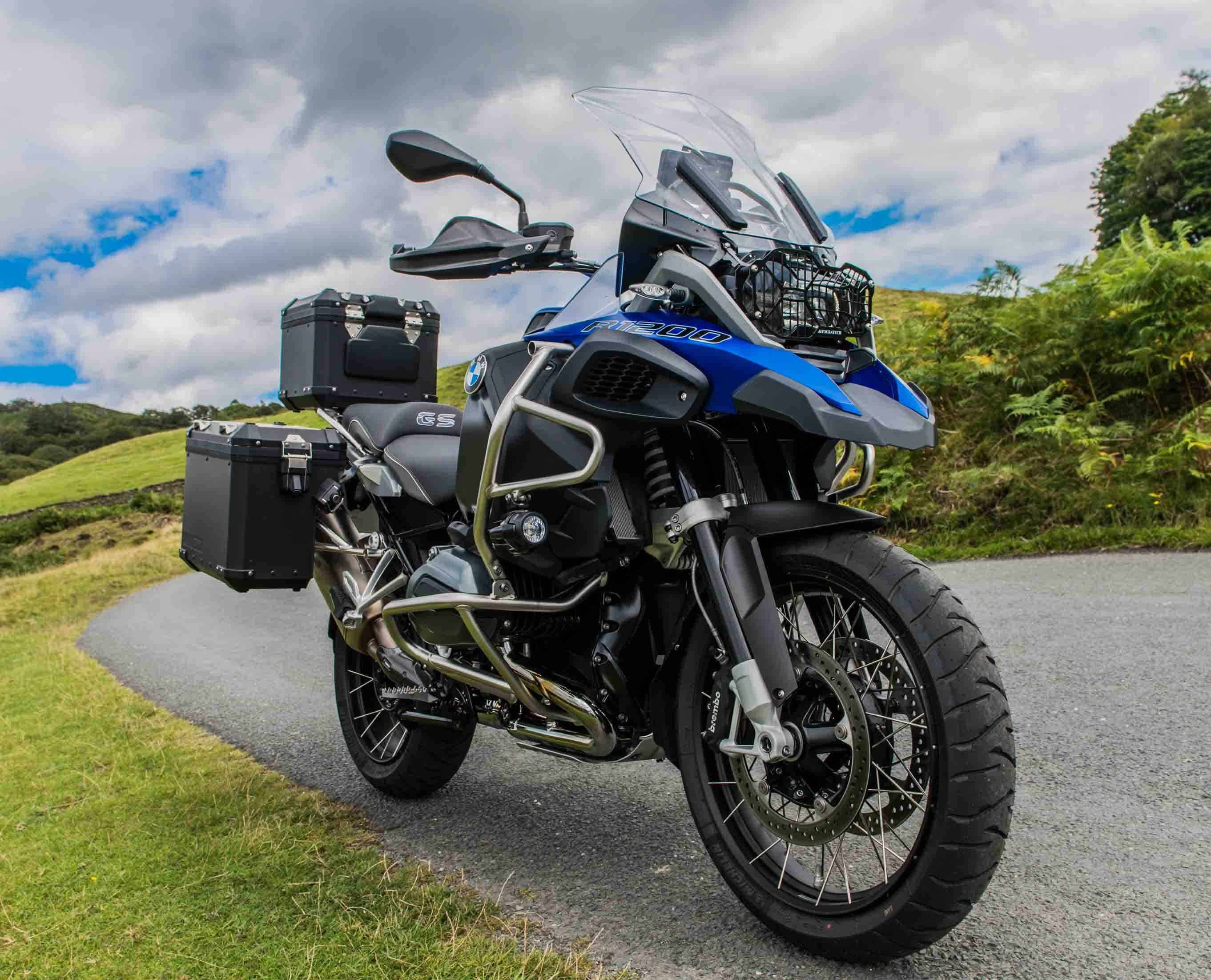 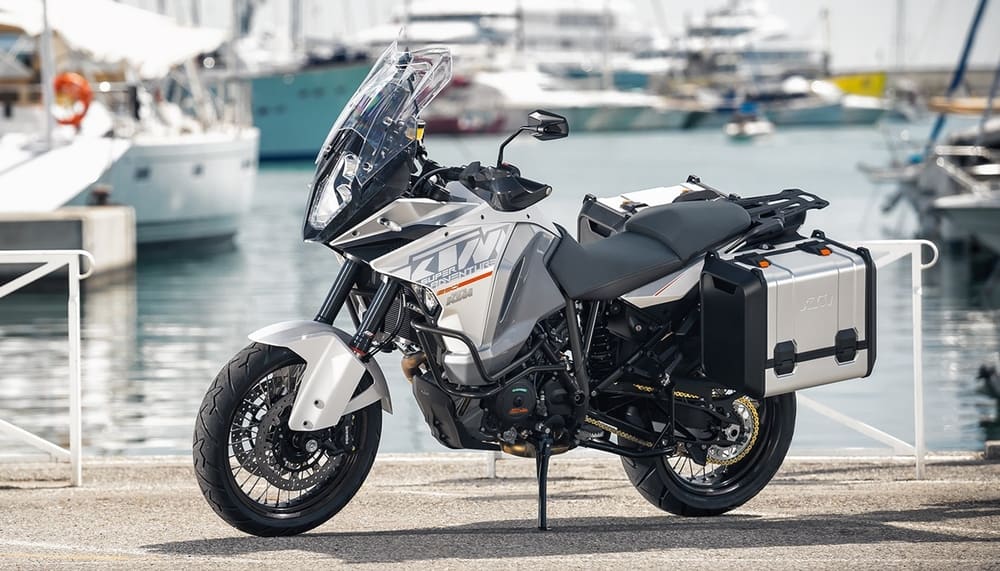 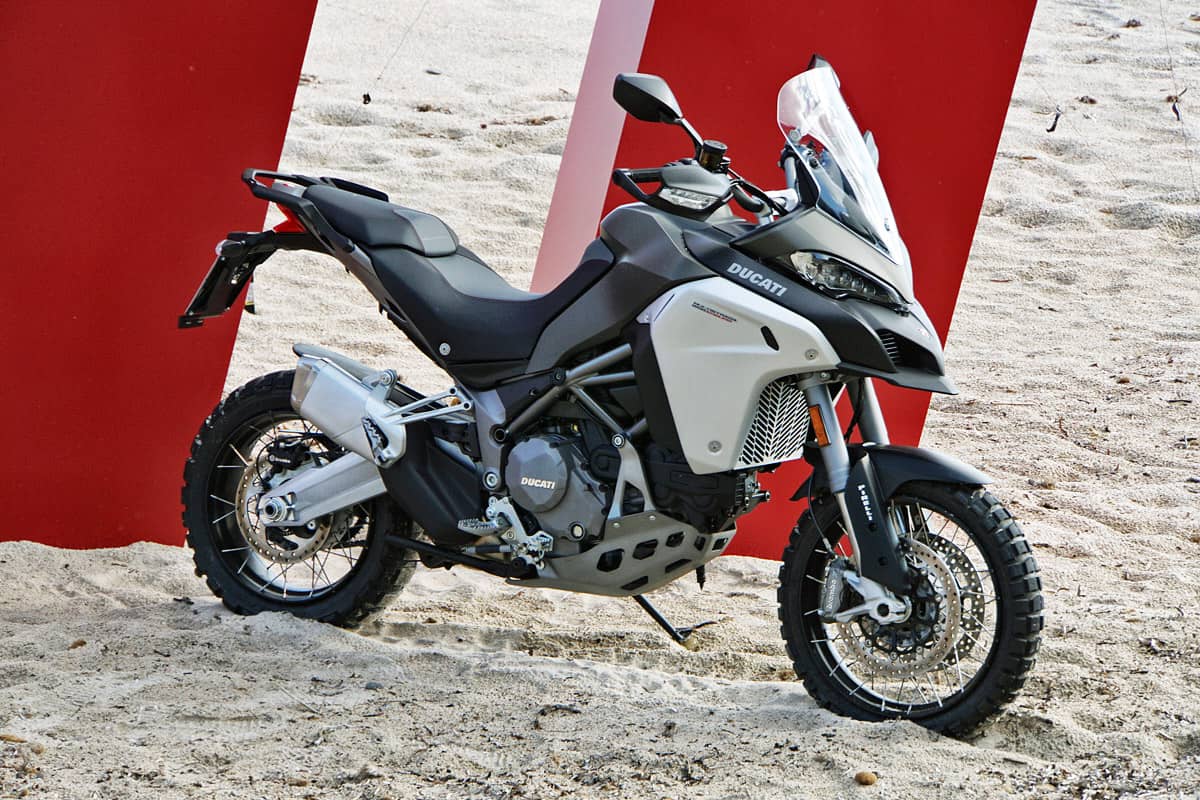 Motorcycles were once a binary operation with dirt bikes holding down one end of the spectrum and sportbikes the other. You could trust a dirt bike to take you off the road more traveled and get down and dirty. Sportbikes, contrarily, would let you get low and fast on pavement. This split in the industry was great, so long as you were only going on one kind of surface, but it failed miserably for anyone who wanted to switch it up, riding the trails for awhile and then taking a speed run home on that sweet blacktop. Thus the adventure bike was made.

Adventure motorcycles look just like their dirt bike sisters, but get astride one and you’ll find the tight handling and incomparable balance of a sport bike, ready to hit the open road. The suspension is pure cushy dirt devil, capable of keeping your rump in the saddle when you hit rough terrain, but can still ride smooth as silk when you need to go onto the asphalt or concrete. Likewise, the tires are a combination of reduced dirt bike knobs and sportbike slickness that can shift gears – literally and metaphorically – to suit any situation.

The Two Types of Adventure Bike

Whenever you mix a pair of dichotomous options like the sport and dirt bikes, you’re going to end up with choices that lean one way or the other. In the adventure motorcycle world, this split is between the Adventure Touring models and the more street savvy Adventure Sport Touring. Adventure touring bikes will have more off-road abilities, while the adventure sport tourers, as you might guess, are made more like touring bikes, for taking on the streets. You’ll still need to choose your own adventure between the two, and should buy based on how much you plan on staying on the highway. The choices we’ve found cover both, and some that are either/or and neither/nor.

An aggressive off-roader that’s small and nimble for traversing a range of landscapes, it also has a smaller engine, making it good for beginners who aren’t yet acclimated to the dual-sport world of adventure cycling. A tall seat and a suspension built for trail riding will not feel good for extended touring trips on the highway, forcing the Z400S to be more of a quick commute bike than one that can flip flop between extended touring and mountain climbing. The smaller size and build is also good for more petite riders, though it sacrifices some gas tank space, requiring more frequent fill-ups. It’s quick but has a mellow feel that makes it less menacing for riders who aren’t ready for a full 800-1200cc juggernaut.

Arguably one of the first adventure motorcycles ever to arrive on the scene, the KLR 650 is a design that is more than 30 years old. Originally touted as a “dual-purpose” bike, it’s managed to survive several shifts in the intent of the brand and continuously bring on new adherents year after year. Most recently it’s been revamped a little bit, and updated to better fit the adventurous set. With a single-stroke 650 engine, it doesn’t throw out a lot of needless power, nor is it so heavy it digs into loose earth. Arguably the most affordable, most impressive mid-size adventure cycle you can find, it straddles the line between long road rides and tough trail days like a true champion.

Anyone keeping their ear to the ground of the adventure bike market has heard rumblings of the Africa Twin. With all the industry chatter, it’s easy to believe it’s over-hyped to the point of being a disappointment. We’re here to tell you that it actually is that damn pleasurable to ride. Upon straddling it, the sense of height gives you a good view of the road or track ahead of you, while the slender build adds a feeling of being able to weave into, around, and out of the brush without a hitch. It’s kind on roads, though won’t give you that low, sticky sensation of a sport bike, but once you get it into the woods, it comes alive with plenty of torque that makes short work of fairly tough trails.

Cut for the street bike crowd, one of the pleasures of the 800 XCx is finding how to effectively use it where the sidewalk ends. To begin with, this can be an everyday driver, an every night blaster for making adrenaline runs around the back streets, and a weekend wanderer that will hop up hills. The key is the ABS brakes that change how it handles whether in need of sudden stops, or more gradual braking power. In the off-road setting, ABS to the back wheel is completely shut down, which enhances rotation for increased maneuverability. In short, it’s the middle-heavyweight champion you have to ride.

Skewed toward the street bike rider, the Super Ténéré can be a little tough to place, which makes it the love it or hate it option for adventure bike enthusiasts. Where it will fail the dirt biker is by forcing you to consider your clearance whenever obstacles crop up, and it cannot take major jolts like a Beat-It-To-Hell dirt demon. Where it shines is a smart suspension that glosses right over ordinary bumps and road chatter in a way that no street bike can manage. Consider it the backcountry dirt road commuter that can also take on street heats and some digs into the underbrush.

BMW yanked out the superb S1000RR engine and stuffed it into a frame that melds touring and sport capabilities, along with just enough grit to give it plenty of verve and swerve out on the trail. It carries 160 horsepower being pushed out the inline 4 banger, which is a nice step down from their other choice on this list, the gargantuan R1200. The steering angle is relaxed, allowing for a more comfortable posture during extended trips, but still able to get down and dirty when you feel like tackling some mud and dirt. This falls deeply in the Adventure Sport category, which makes it far more at home on pavement than loose shale.

You’ll pay top dollar, but get on this steed and you’ll know where your money went. The ABS is electronically adjustable, giving you total power over your brakes, a feature you’ll need to master to get it to flip between long-term touring and short hill climbs. Once you do, you’ll find that the 125 horses feels like much more, though you’ll easily keep them under control thanks to the tight handling and intuitive steering. The body can be loaded up or stripped naked equally well, and with a huge 400 mile range, it begs to go everywhere.

Though the body screams street sleek, the 1290 actually was birthed from the womb of the 1190R, which is made for the dirt biker who sometimes accidentally hits pavement. Here you have loads of power for hauling and towing, as well as a whole galaxy of options and features to give you the gentlest, most luxurious ride any semi-off-road bike has ever offered. Wet weather, cold conditions, and trips straight into the teeth of a storm, all with a grin on your face is what the extreme Super Adventure offers, all with 160 horses that wail like banshees the moment you put it into gear.

Street bike adherent Ducati raised a few eyebrows when they said they were going to be trying to capture the adventure bike market, but detractors needn’t have doubted. It’s a big bike, to be certain, and can feel like a lot to handle, mostly because it is. On pavement, it screams, hugging turns and carving up canyons with a quickness, though the softer suspension will take some acclimation. Take it into the woods and that same softness will save your bacon through impact after brutal, jarring impact, giving you the feel of masterful control that also knows when to bend. If you’re sure you can chew a full 1200cc engine, feel free to bite this off.