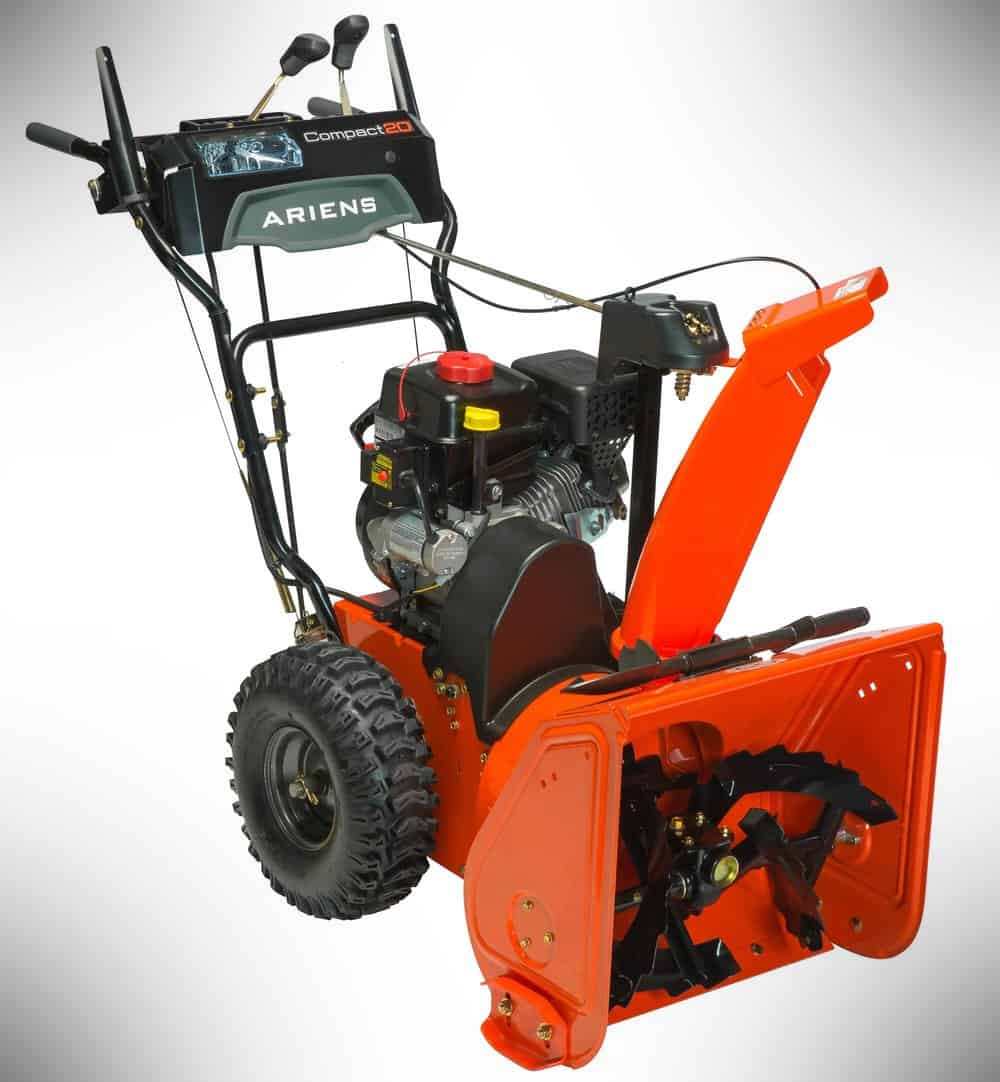 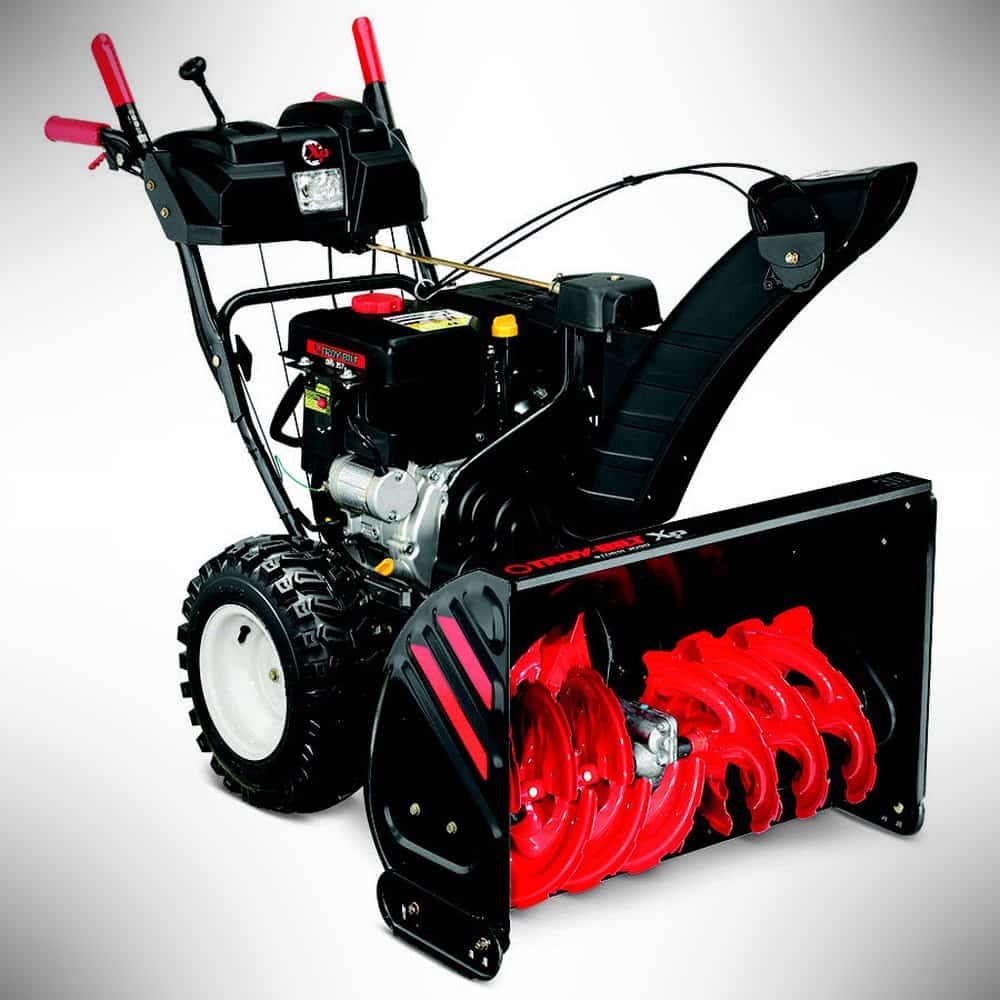 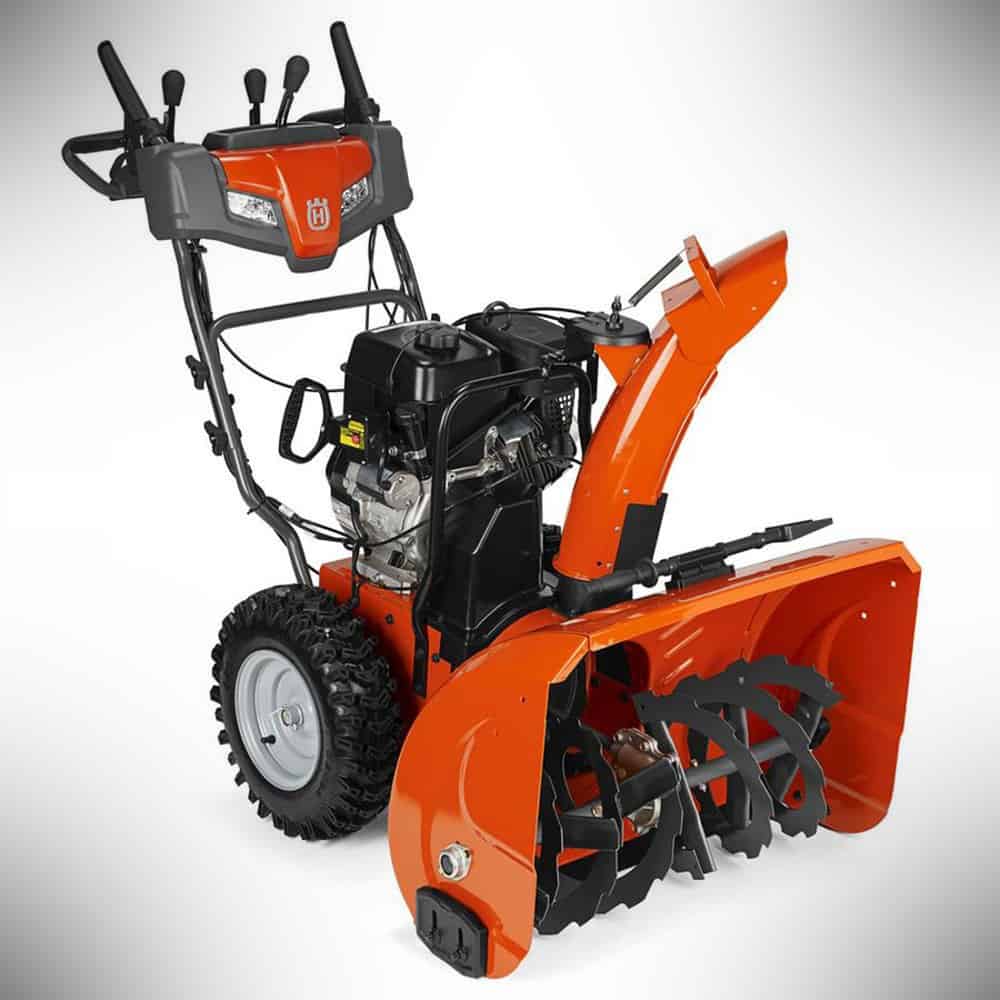 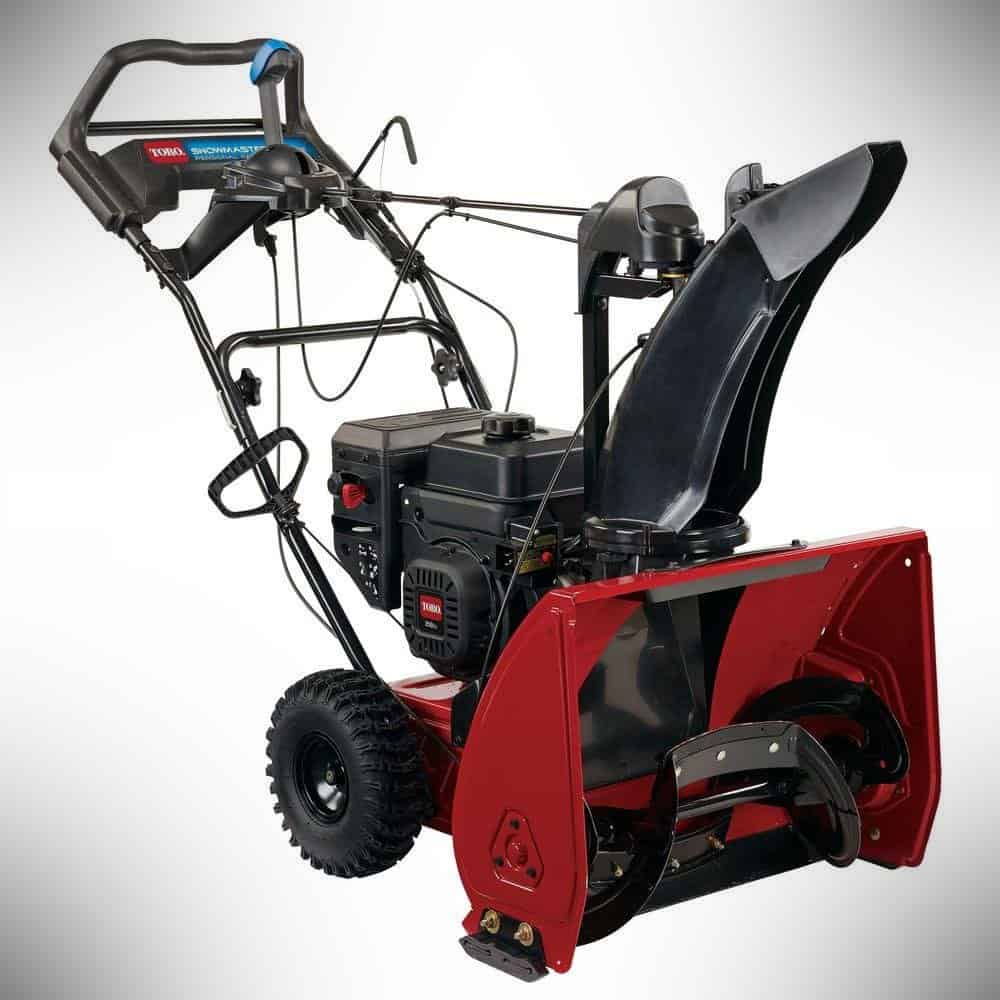 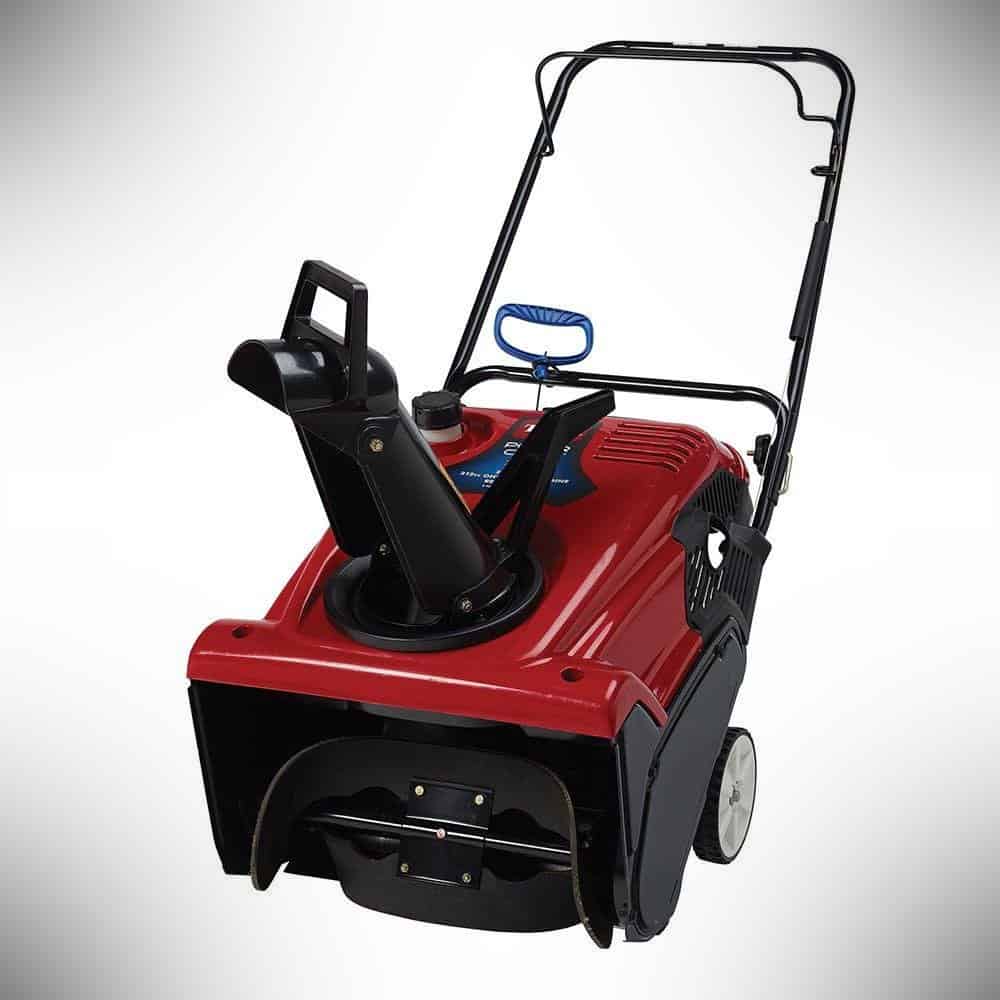 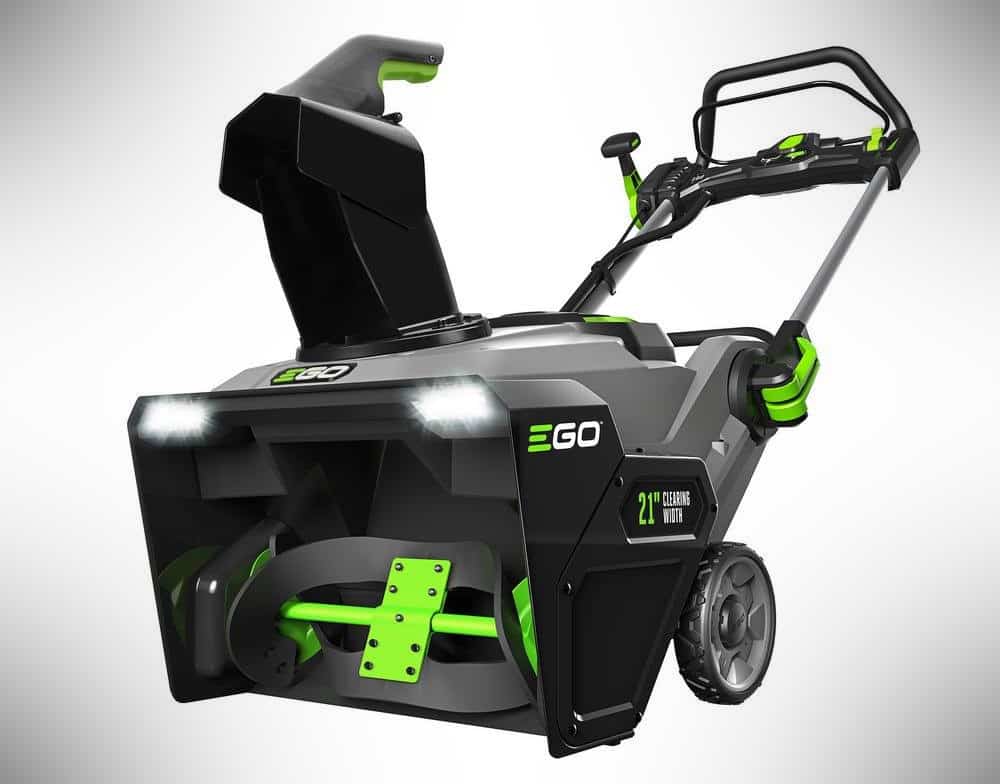 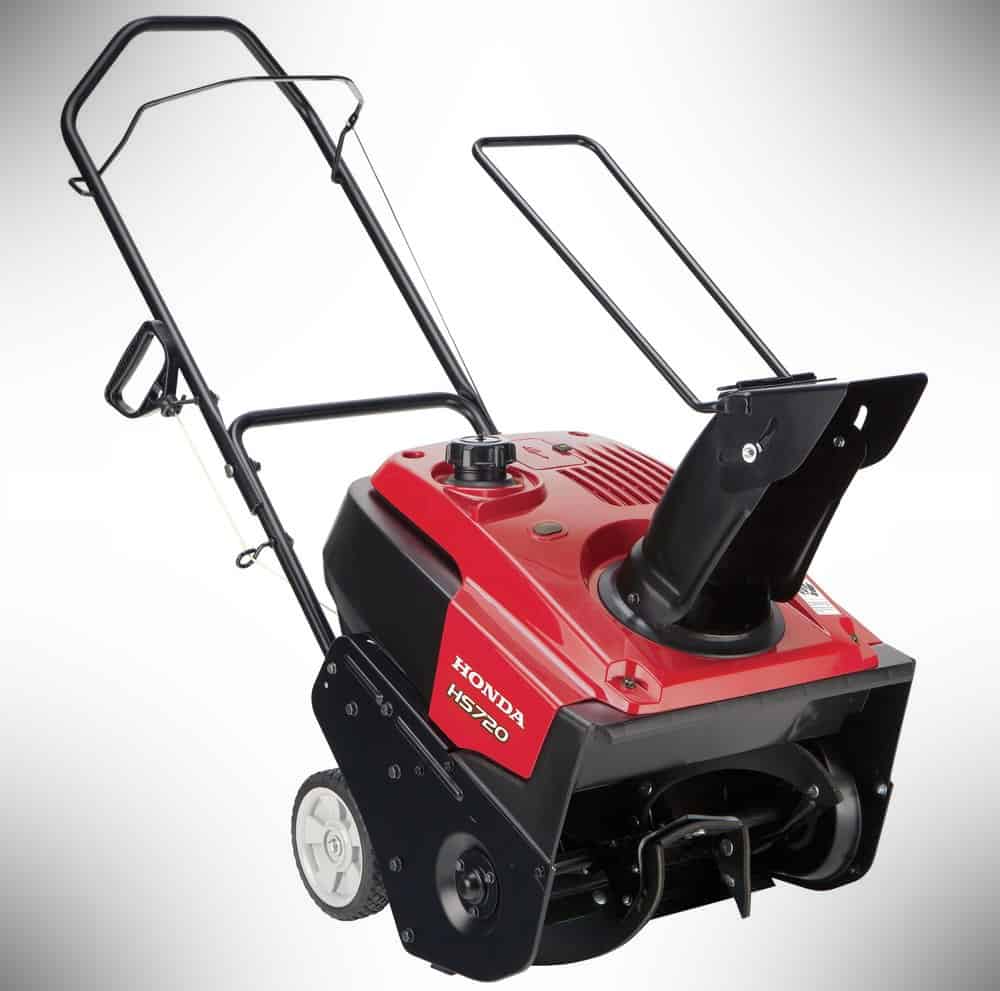 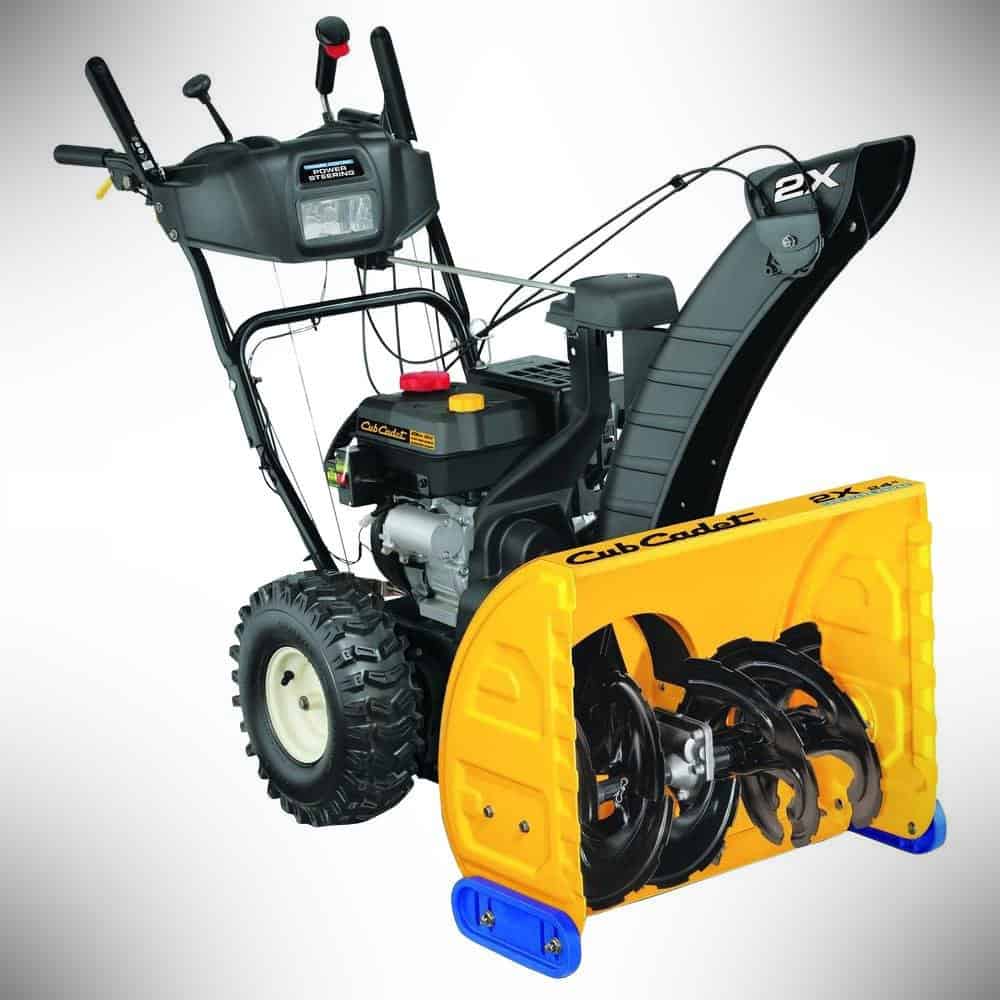 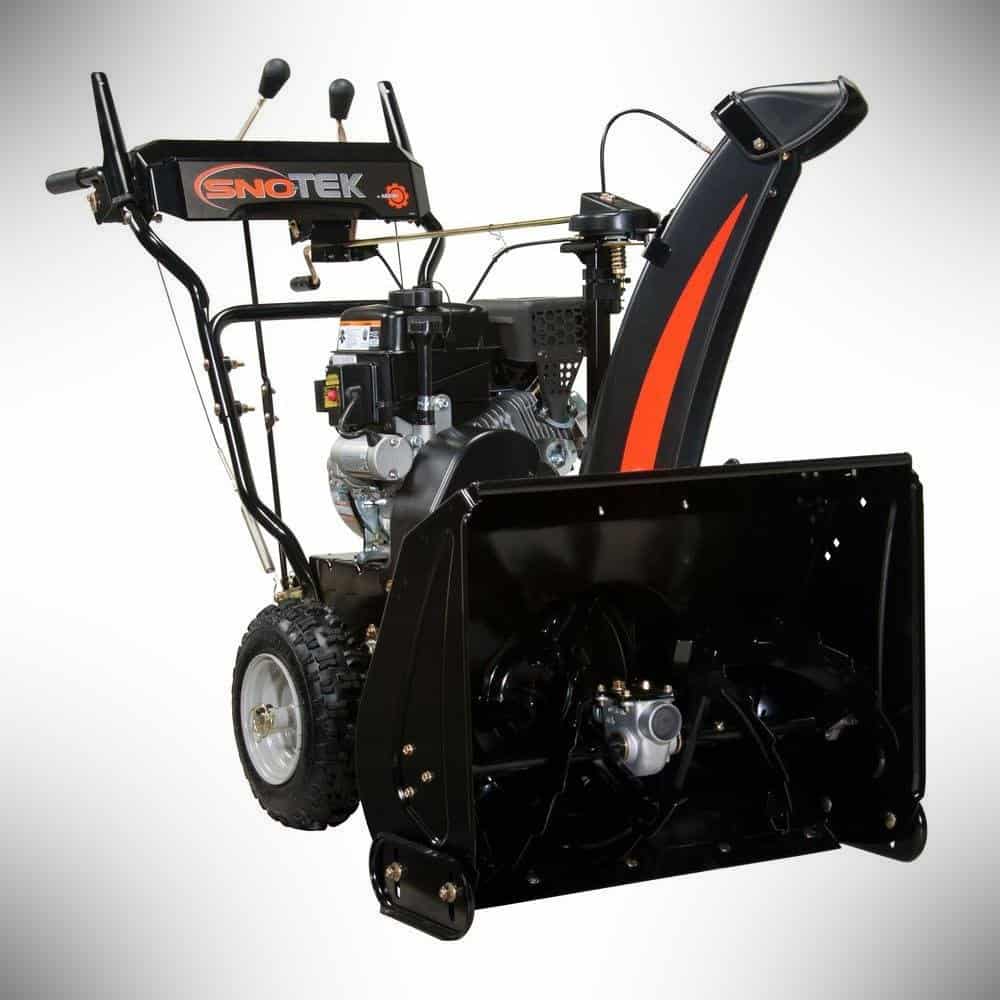 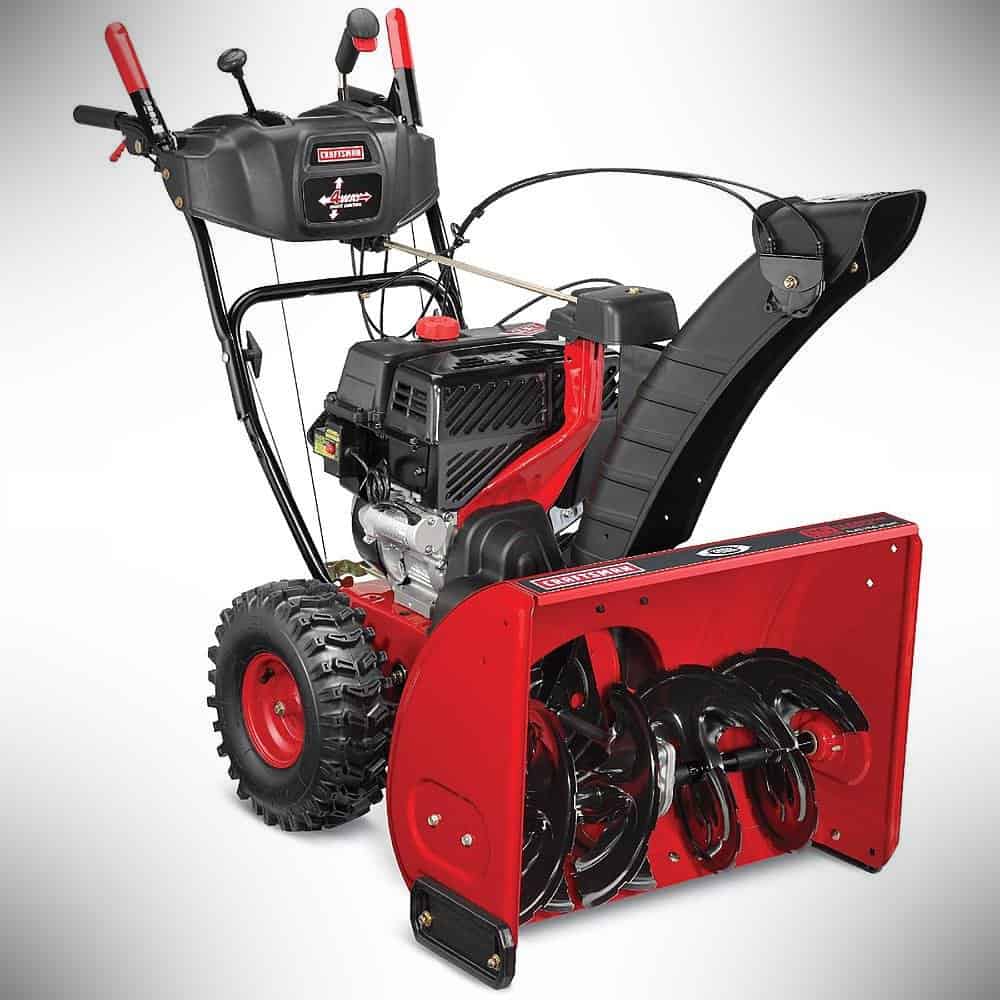 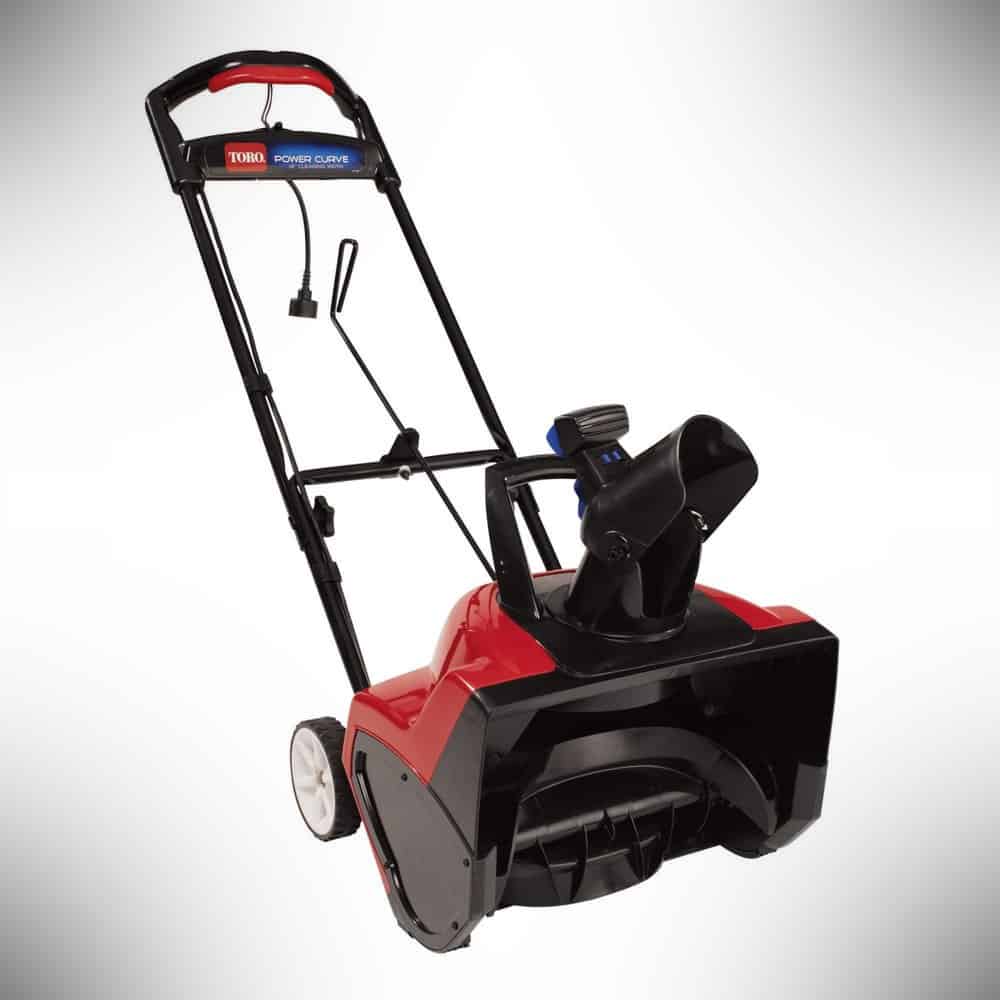 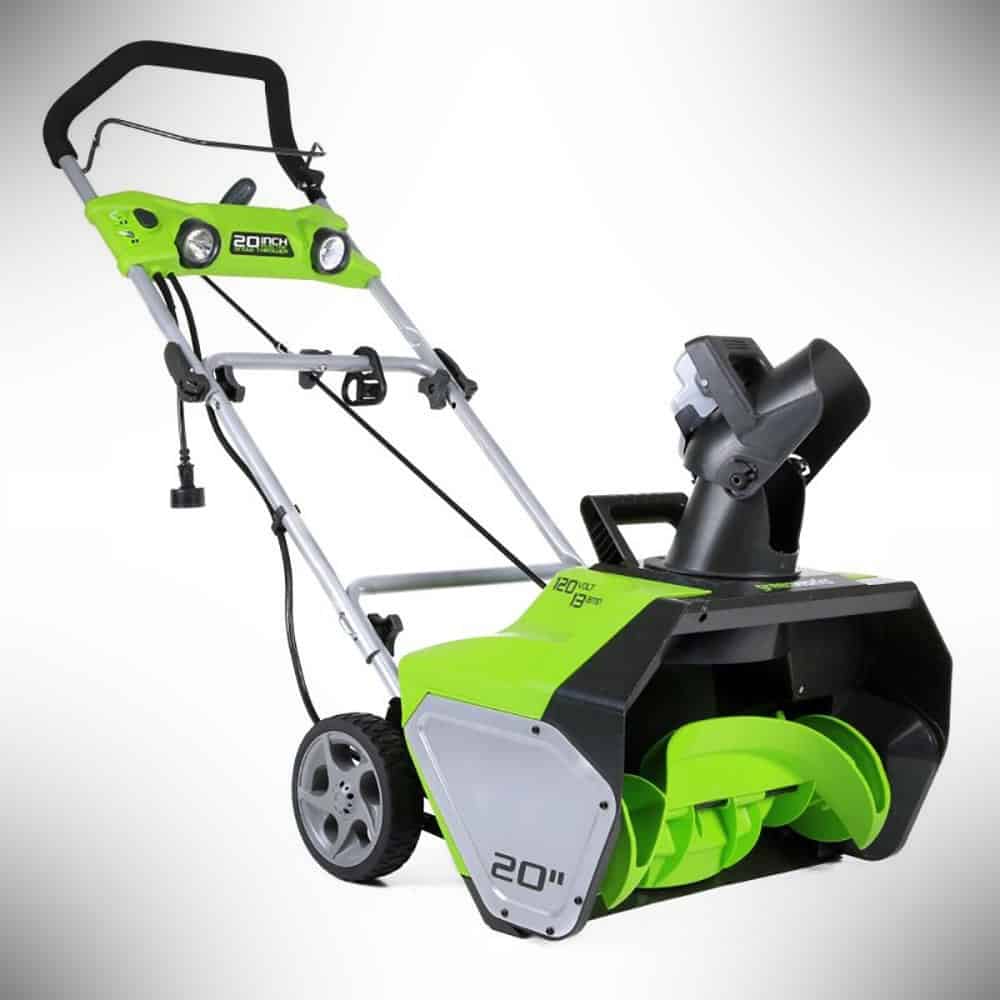 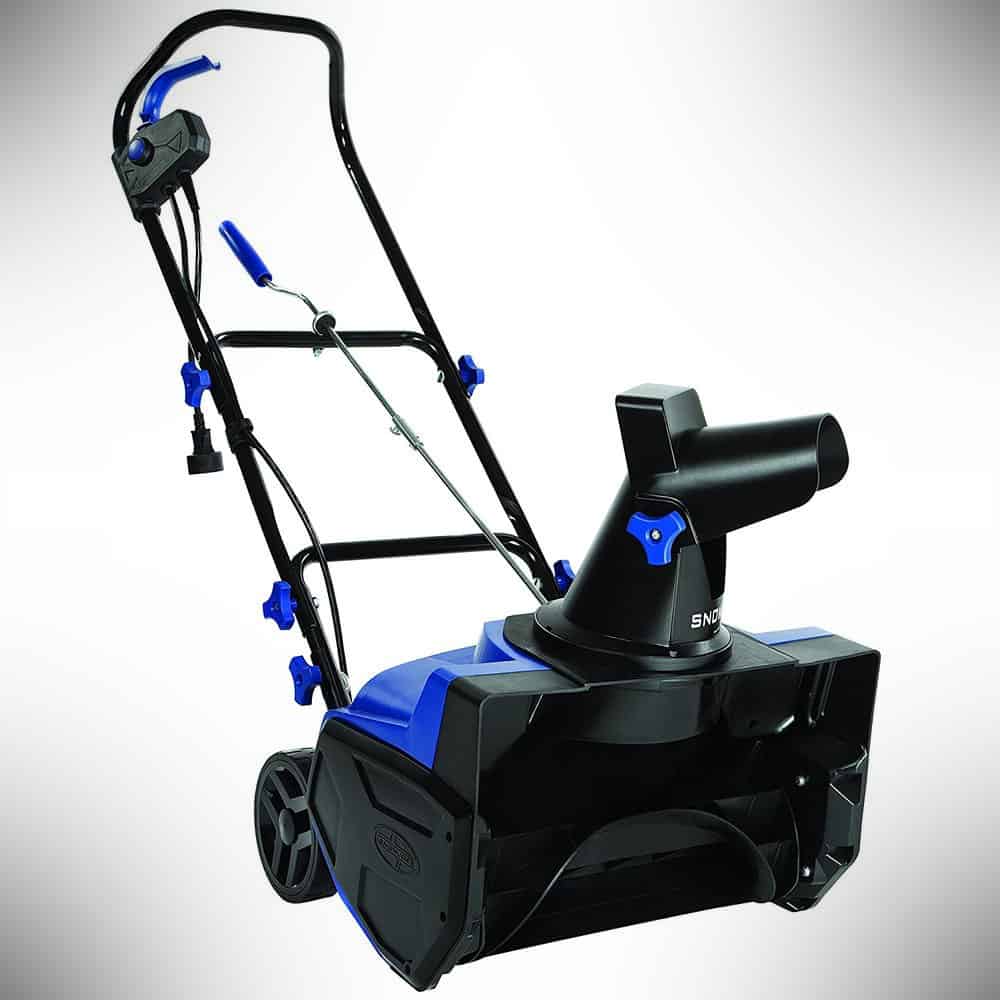 Another year is about to pass where you spend your mornings out in the biting cold not fit for man nor beast shoveling away the piles of snow the plow left blocking in your driveway. Stop the madness, citizen, and upgrade your life with a snowblower. Don’t think of it as an expense you don’t need, but an investment in stopping future pain. Think of what those endless hours of digging are doing to your spine, and how you’re going to spend your golden years hunched over in agony, all because you had to be a hero out there dredging through drifts like an oxen of the field. If you’re truly worried about the cost, offer to help your neighbors for a small fee or send your lazy, SnapChatting teenager out there to do it. But for the love of your hunched back, get one of the 13 best snowblowers and clean that driveway like a person!

Choosing a snowblower is all about efficiency and longevity, with an emphasis more on long-lasting than those that work amazingly well. The reason for this is because if a snowblower can last and last, needing to make two passes to get your driveway or sidewalk squared away is a small price to pay for 20+ years of service, which is what you should expect from a high-end snowblower.

Snowblowers fall into two camps: gas or electric. The bigger your job or the heavier your snow, the more you’re going to want to head toward a gas-powered blower, since they can run longer, push out more power (for now) and don’t require extra batteries or a power cord to get your stadium cleared. The average person usually can get by on an electric, which is more environmentally friendly, has less parts to breakdown, and makes less noise, but isn’t as heavy-duty, carrying less power than its gassy counterparts.

There’s also single and dual stage snowblowers, with single stages using the augur – the blades that churn up the snow – to both collect snow and throw it out. Dual stage blowers are more efficient as they have a component called an impeller that helps throw the snow away. The more dense your snowfall, and the more snow you get, the more you need the dual stage, which is more expensive, but also more powerful.

For all types, here’s the best around.

Able to really dig in even with snow nearly 8-inches, this is the little electric that can. It’s best for regions with light snowfall that doesn’t tend to get very dense, since the 13-amp motor will bog down with massive, wet drifts. You’ll need the right power cord, and to keep abreast of falling pileup, but it’ll pay dividends with minimal sweat. Purchase: $119

You won’t get the long-distance throwing of a gas model, but this can bite into snows that get into the 8-10-inches mark, and even do deeper digs if you don’t mind making a few passes. The only major concern is the chute clogs if throwing anything more than basic powder. Purchase: $175

Sturdy as any Toro product despite its electric roots, the narrow mouth means bigger driveways will take much longer, but it makes short work of smaller jobs and isn’t burdened by the clogging and bogging that sometimes plague smaller units. Purchase: $249

As far as single-stage blowers go, there’s not many that can stand up to middling 4-6-inch snowfalls as well as the Power Clear. The body is light for a gas-hog and operates more like a mower, making movement familiar for anyone who’s done a little yard work. It has a really far throwing distance for the size, and has even been given a best buy by Consumer Reports. Purchase: $569

Anyone who doubts that electric blowers will one day overtake their gas analogues would do well to give this a turn around the track. Exceptional dual battery force powers the brushless motor to not only handle throwing most foot-deep snows – at least, on pavement – 35 feet, but even has energy to spare for headlights. Purchase: $599

Whether it’s import motorcycles or snow-chucking hackers, Honda doesn’t skimp when it comes to fine engineering. Their gorgeous 4-stroke technology makes short work of heavy snow, while the wide wheels make controlling the beast easy, even on slick surfaces. Purchase: $600

Ideally made with smooth pavement that receives heavy snow in mind, city folks who commonly find themselves slightly more than a foot deep, as well as suburbanites looking for a quick answer to big dumps will be more than satisfied with the 212cc engine and plowing power steering. Purchase: $749

Power steering, a 4-way chute control to blow where you want it, skids that won’t mark up your driveway and keep the augur working without digging in, the body is Cub, but under the hood it’s all MTD, the platinum standard among snowblowers that can be worked like Trojans; ready to die with their boots on. Purchase: $799

Self-propelled for the truly slothful, the full 16-inch clearing depth means it laughs at anything under a foot. Big, burly tires make movement a breeze when traversing the frozen ground and that chunky augur breaks up icy clumps like the heavyweight champ it is. Purchase: $899

For the two car home in lands that expect 6-inches to a foot every time the clouds get serious about winter, Craftsman is the name to trust. The engine is MTD with the dense components capable of cutting through wet and heavy clumps without forcing you to break stride. Best of all is the easy zero-turn radius backed by power steering and the incredibly quiet operation of the 208cc engine. Purchase: $900

Good for not only paved driveways but turf and gravel, that immense scoop isn’t just for show. It’s built to help you get down to business when the piles get high. Dual stage and proud to throw its weight around, an electric start and power steering keep this wild stallion tamed and focused. Purchase: $900

MTD again makes an appearance, this time batting cleanup for the biggest hound in the pound. If you get buried each year with 2-foot snowfall and need to get that tarmac for your private jet cleared off, here’s what you need. A screaming dual-stage beast, the hand-grips are heated, the steering is powered, and the snow doesn’t stand a chance. Purchase: $1,199.00

When you need snow thrown 50 feet and a 306cc engine, you’d damn sure better be up against some Yukon-level powder, or you’re wasting money. Self-propelled with a buffet of speed options, welcome to the big leagues. Purchase: $1,399