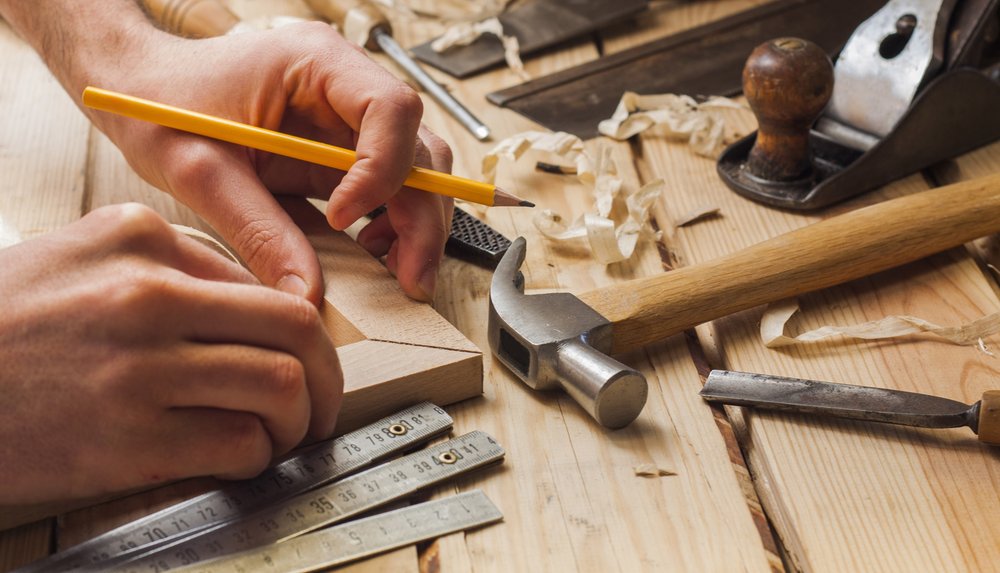 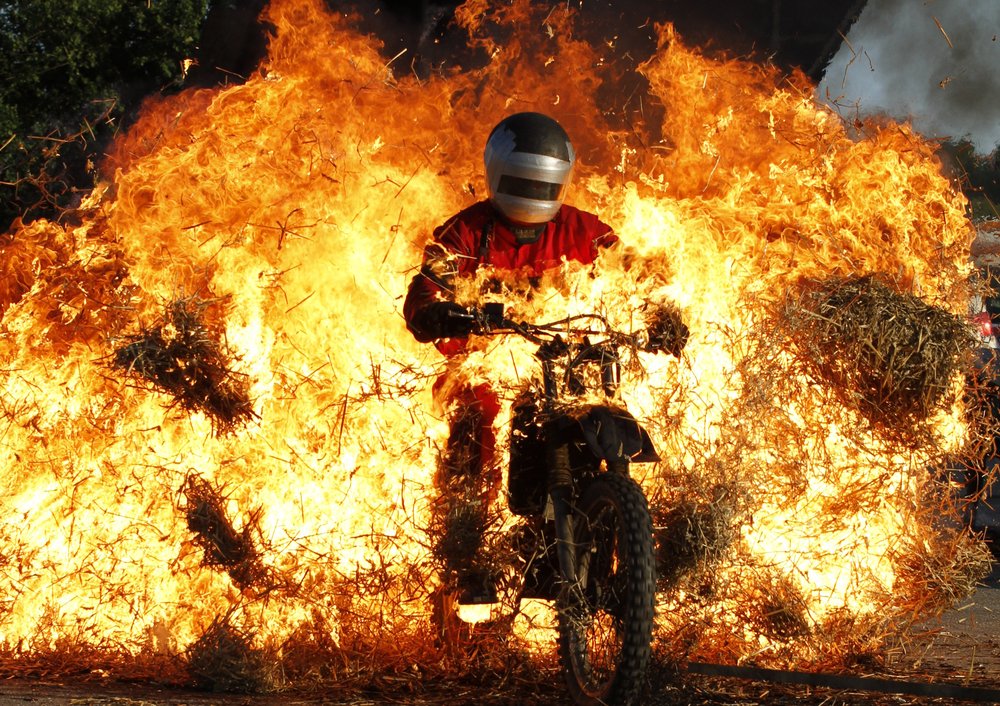 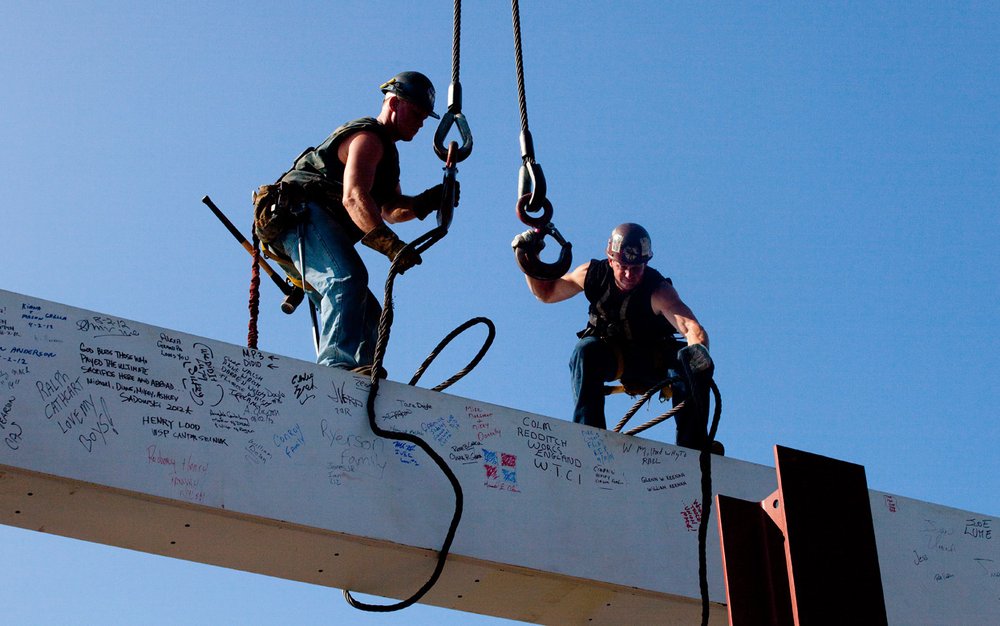 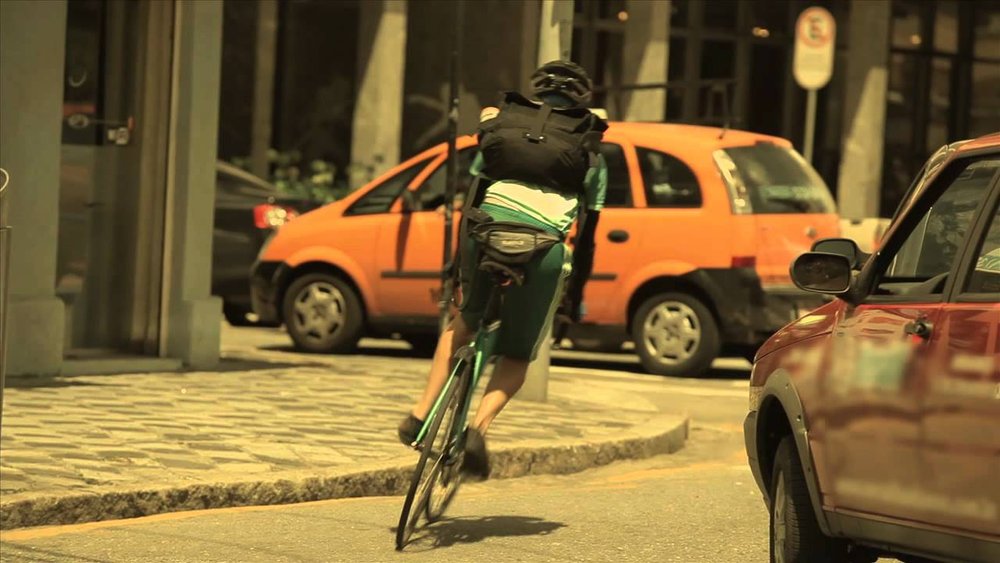 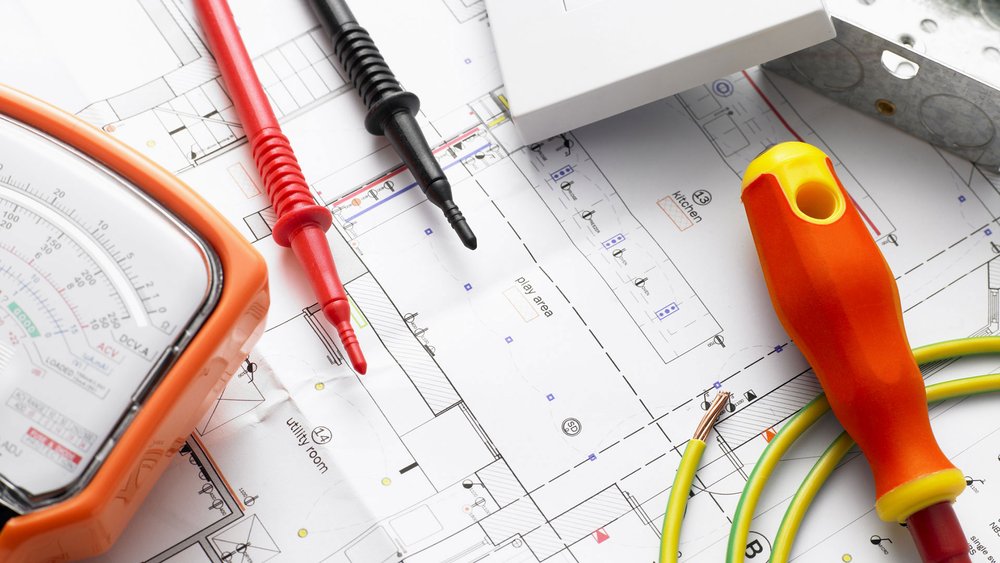 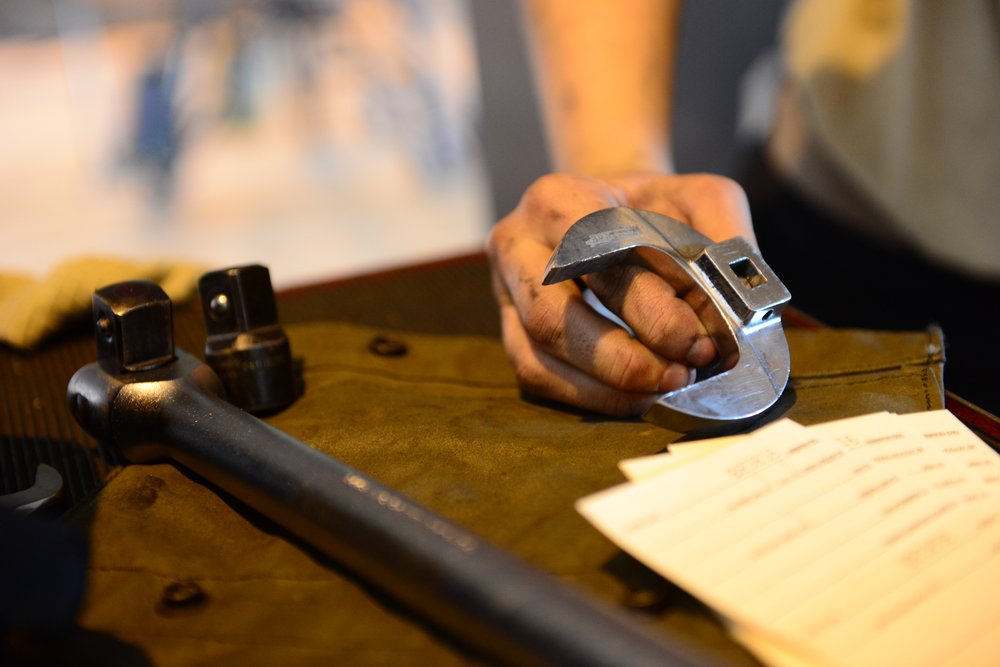 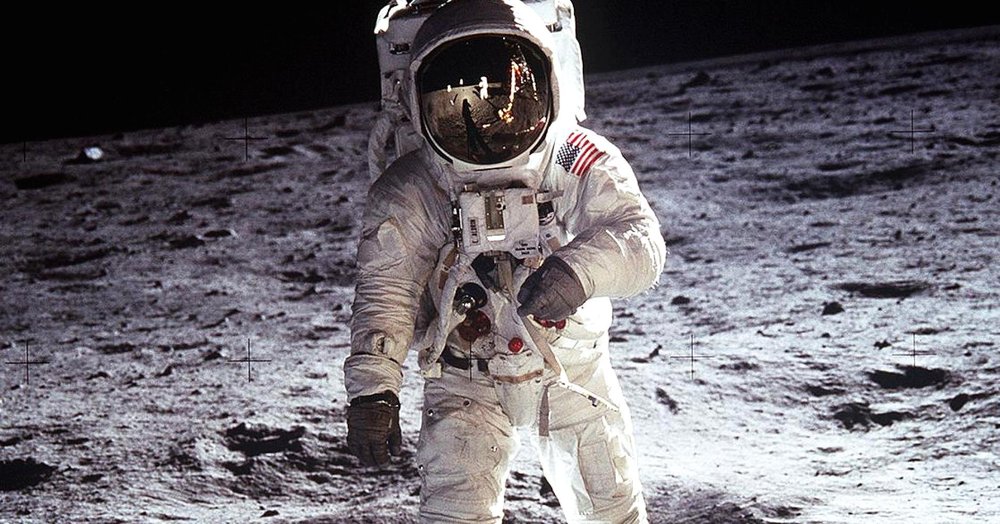 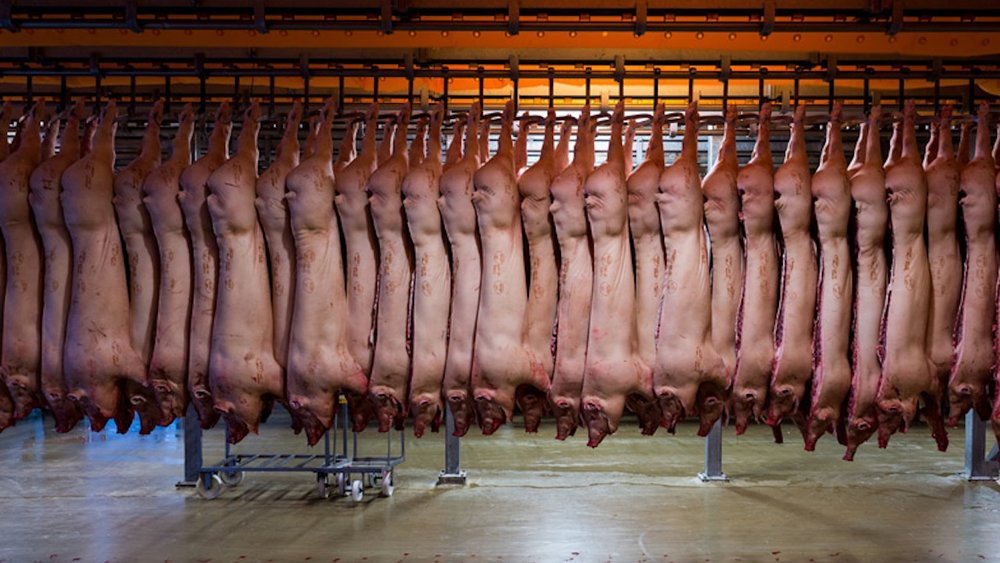 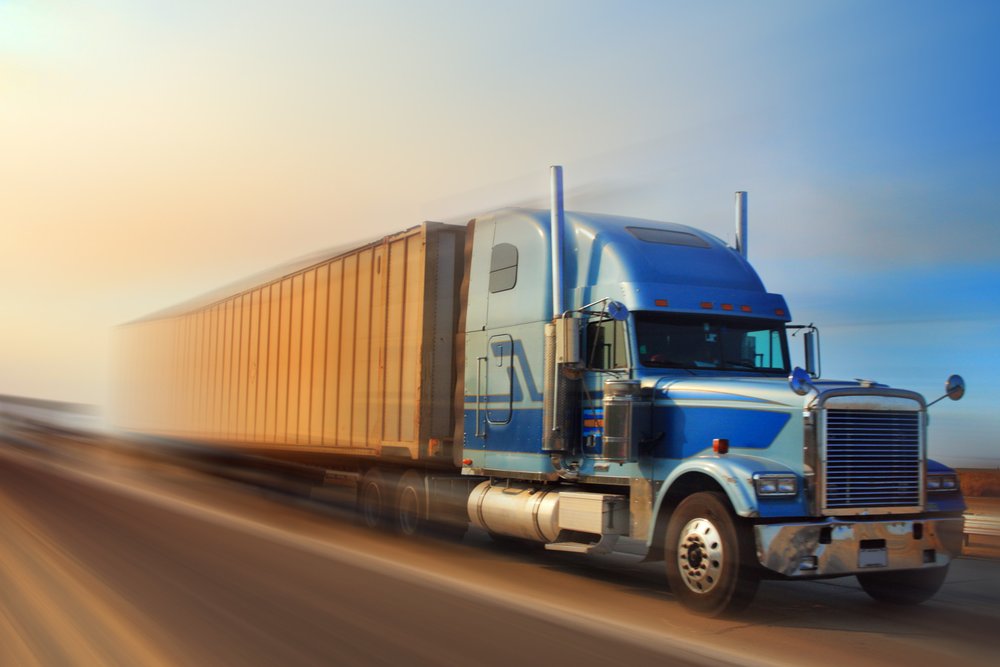 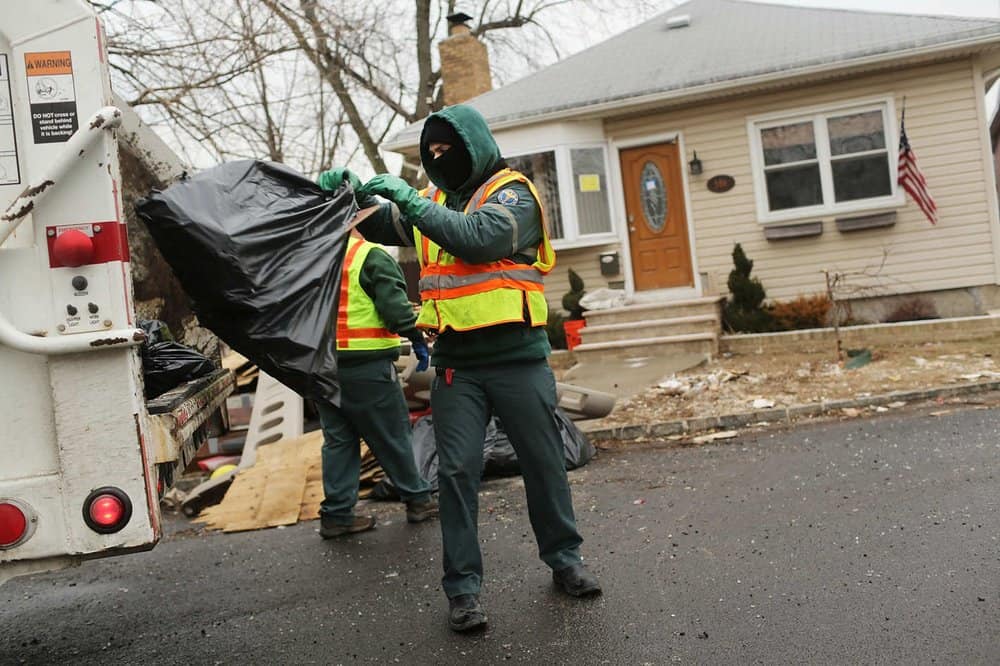 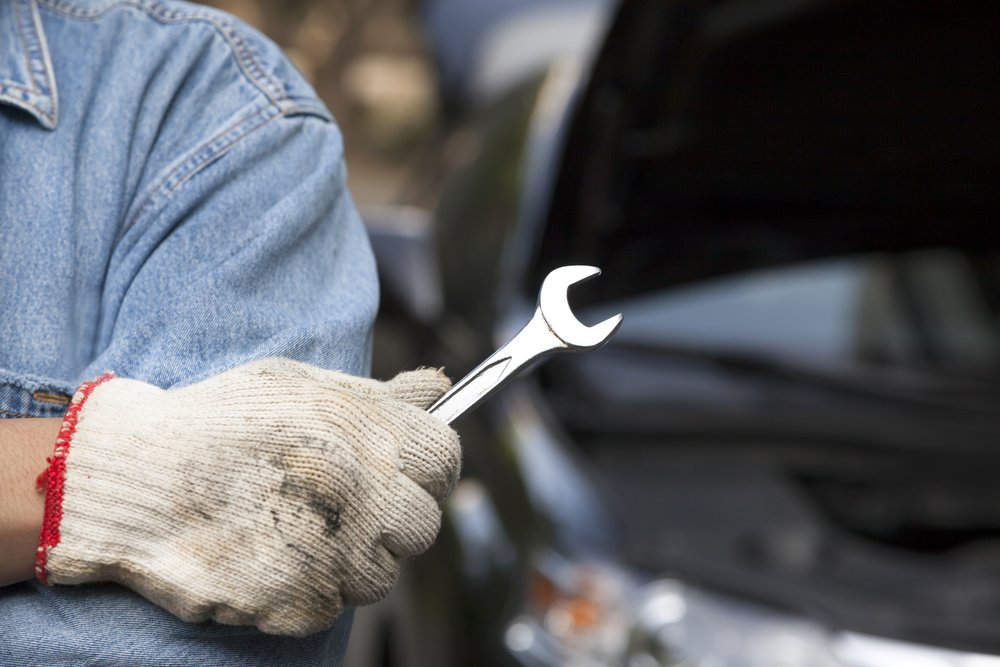 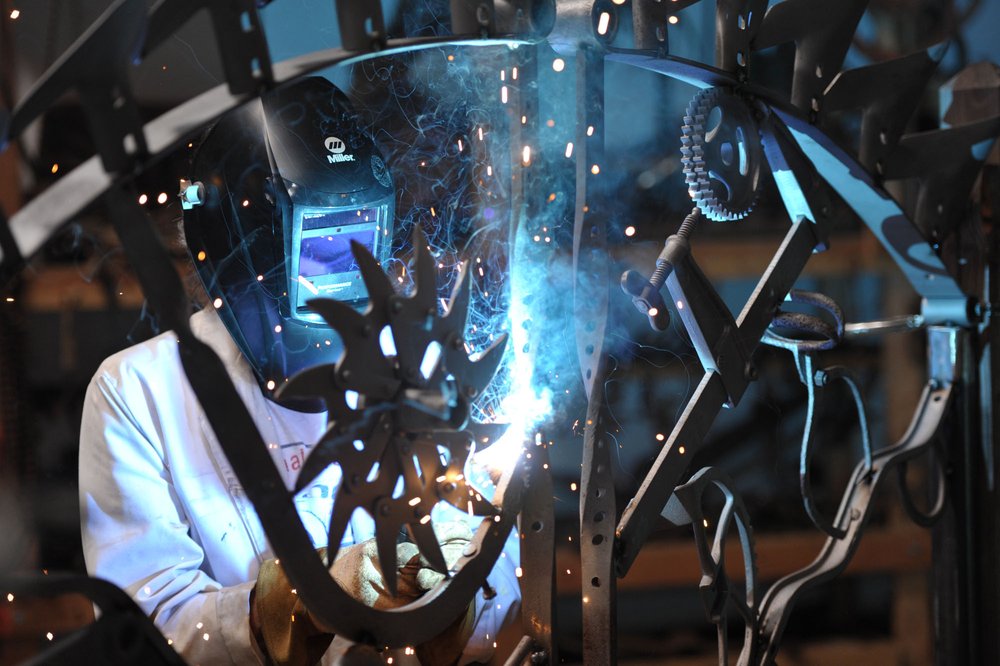 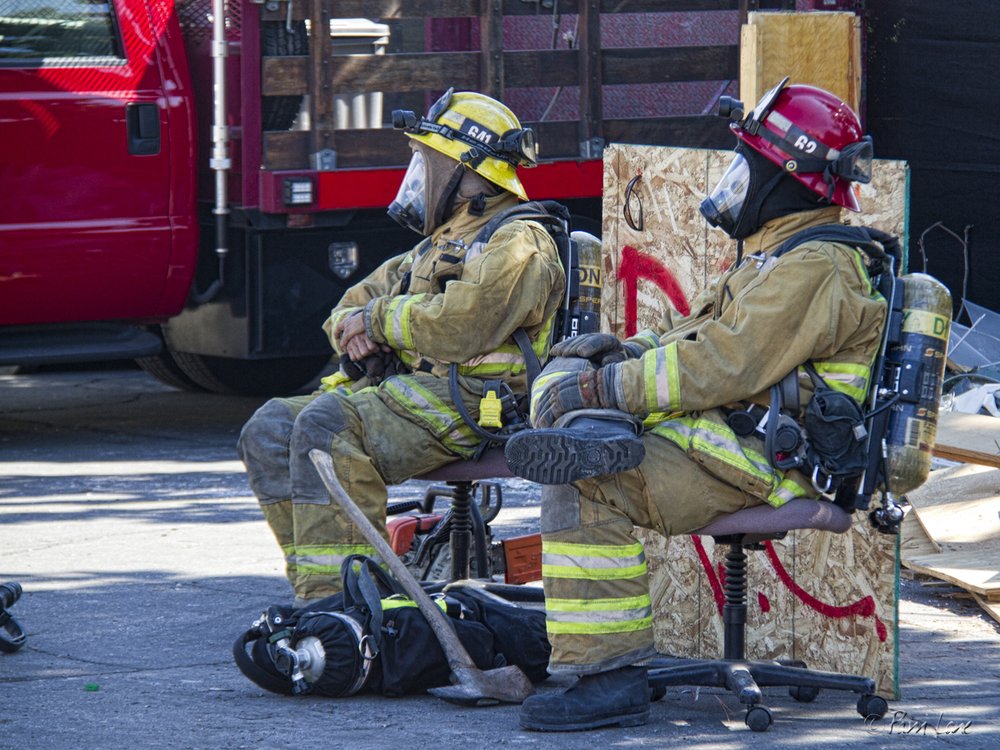 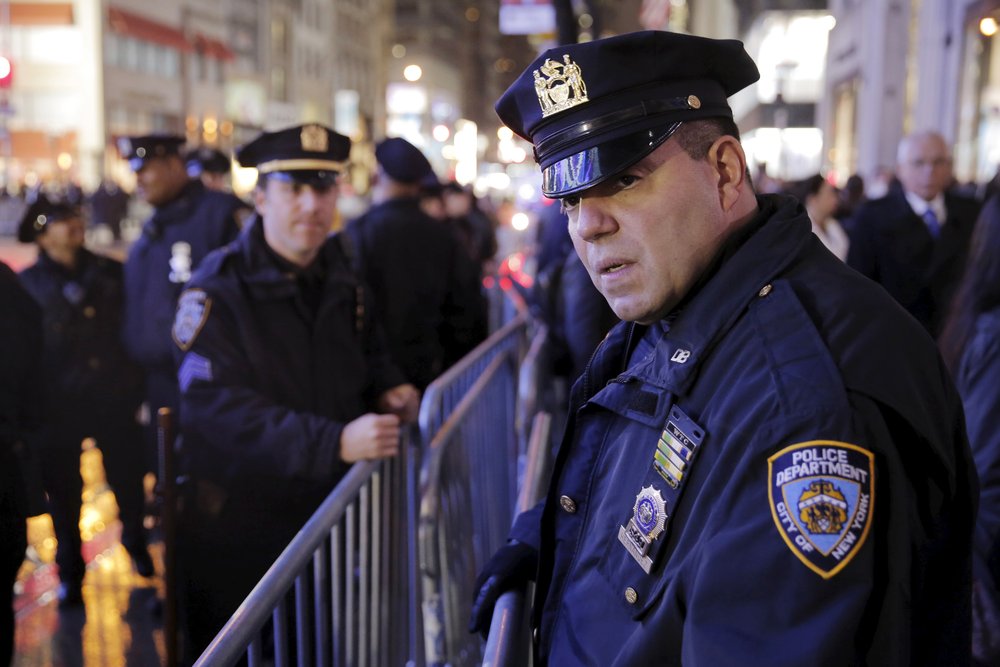 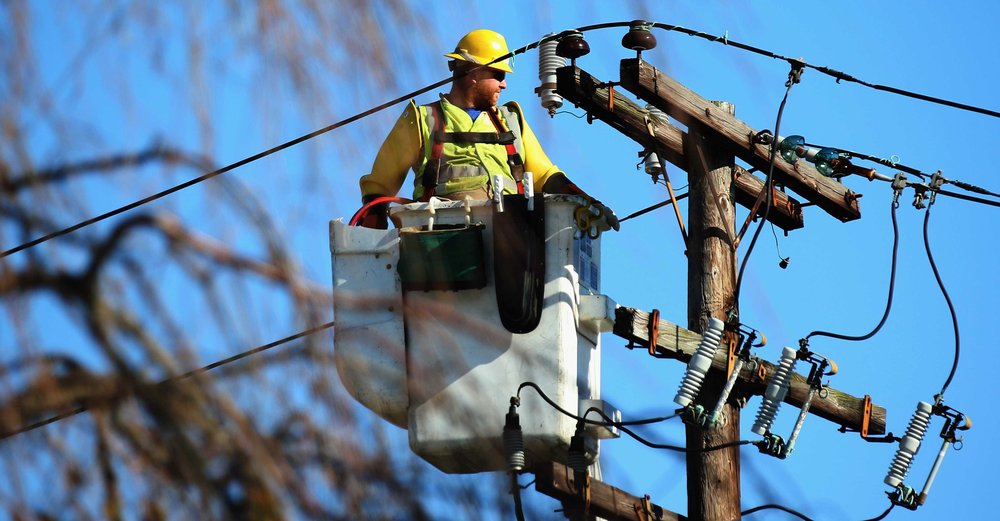 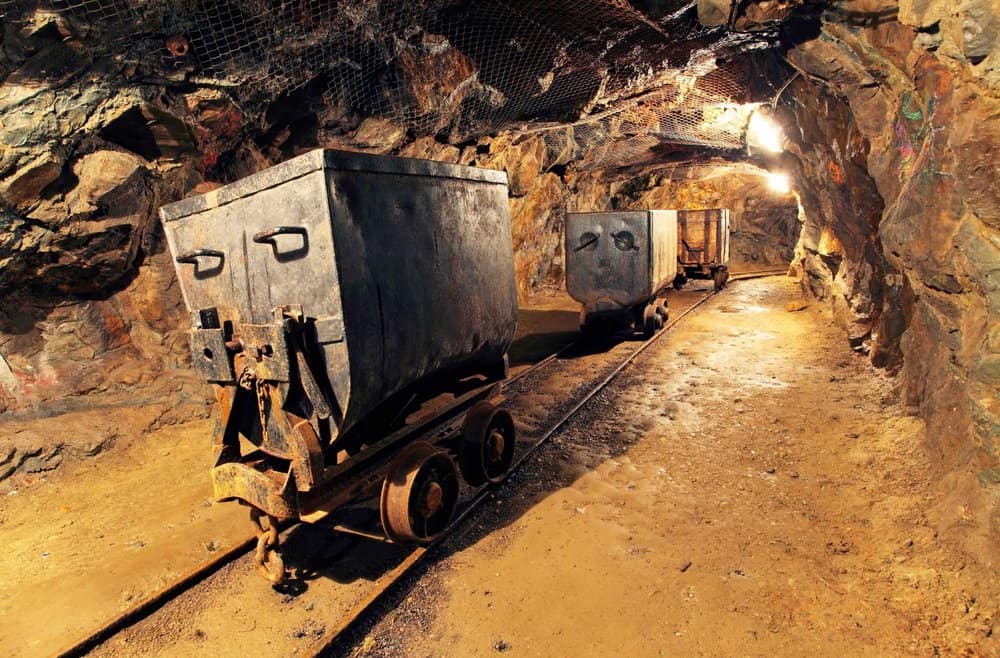 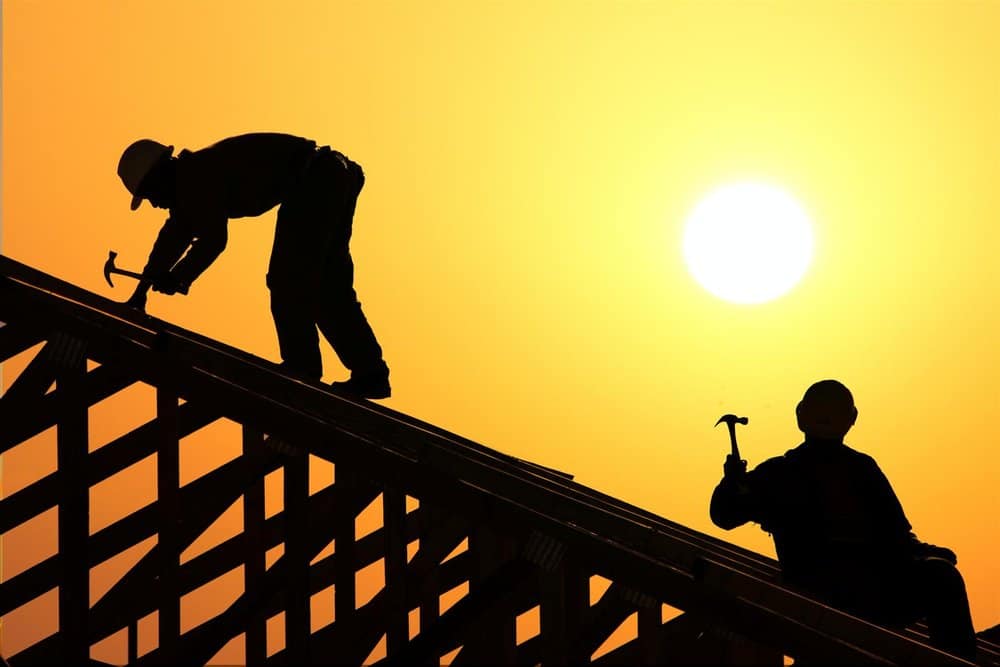 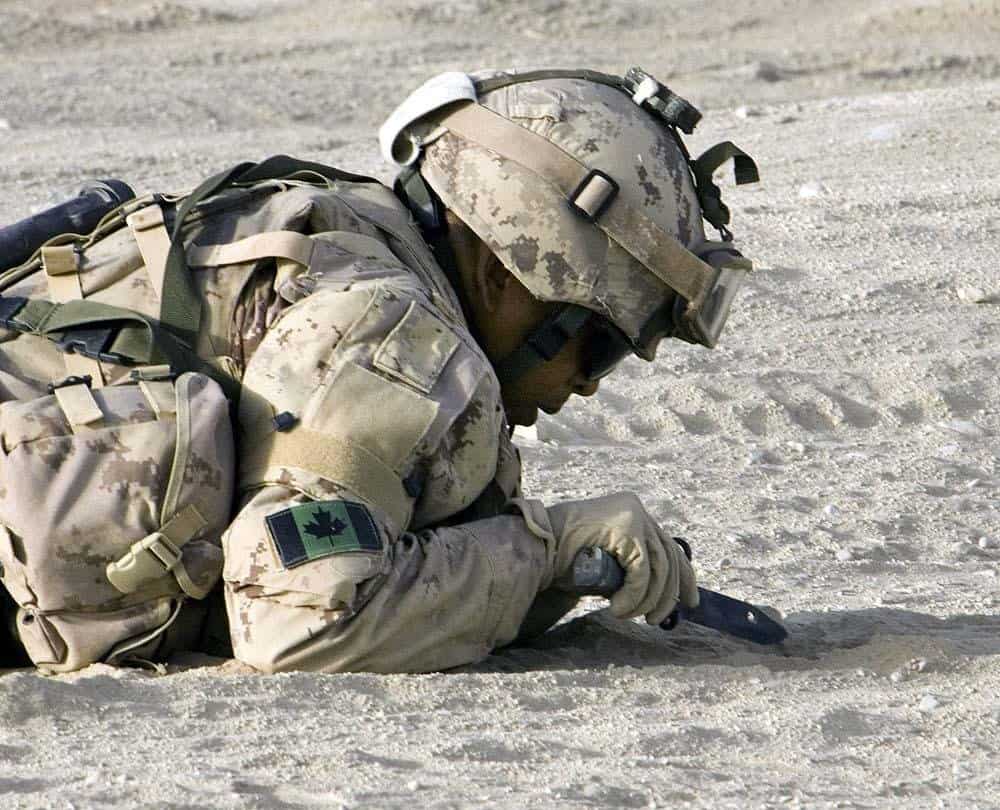 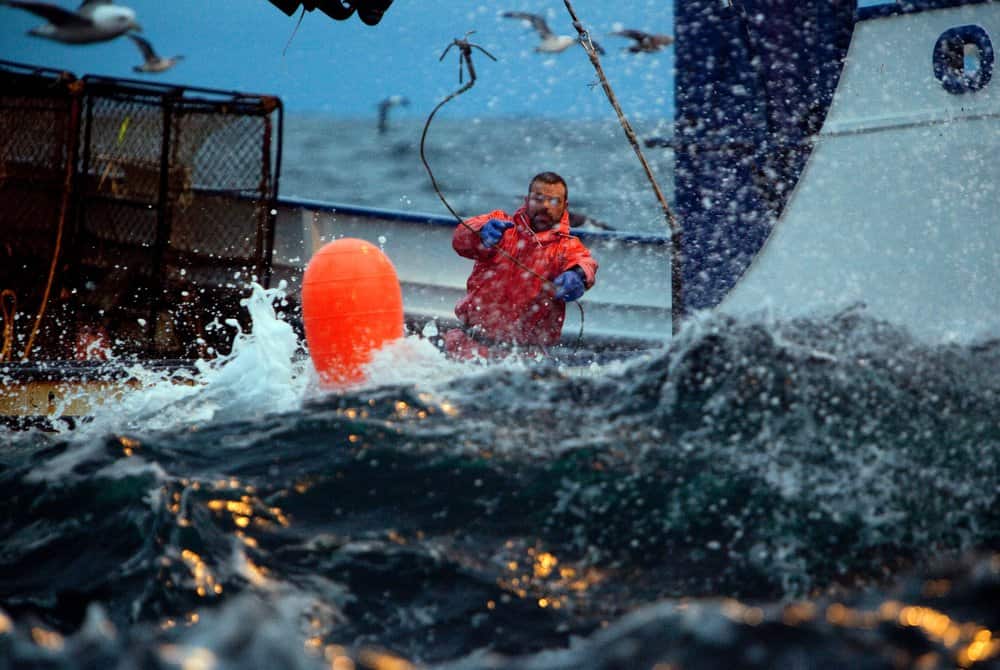 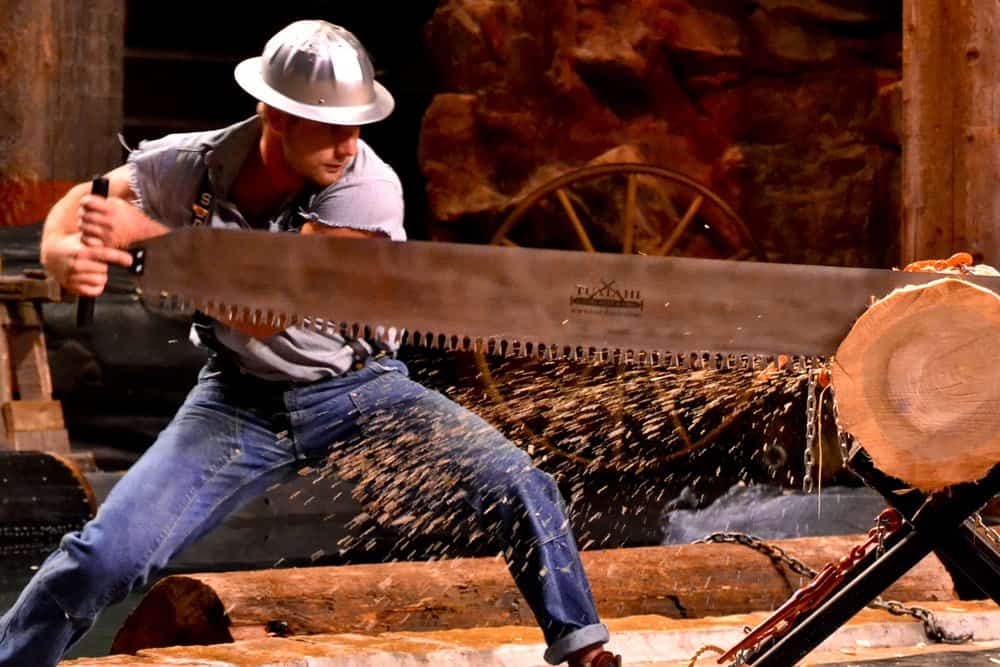 Commonly, when we think of dangerous jobs, the one’s that come to mind are the ones that many call “heroes”: firefighters, soldiers, and police officers. In truth, these women and men are fairly far down on the list when it comes to tough professions that kill the people who work them. The folks who are truly putting their lives on the line often aren’t given medals and recognition. Aren’t honored by thanks for their service. They’re exploited by the companies for which they work, given difficult lives with limited pensions, and perish unsung in the line of duty, without fanfare. They work a tough job for a meagre wage, and are killed in obscurity.

To recognize those who make the ultimate sacrifice, here’s the 27 world’s most dangerous professions.

Often the people who work in the logging industry have extended shifts out among the trees, making for long hours and exhaustion. Couple that with climbing, falling timber, and saws all around, and you’ve got a deadly mixture that takes out a high percentage of loggers each year.

Shows like “Deadliest Catch” helped to capture the harrowing lifestyle these people lead. Fighting against the storms of the sea with naught but a fishing trawler is a hazardous profession that takes away the brave souls who provide our crab leg buffets.

We think of pilots as being the captains who fly commercial airliners, but most of them are bush pilots in small planes that hop from dangerous airports on a daily basis. Crashes go with that territory, as does being killed by mechanical failure, or local warlords in the more dangerous corners of the globe.

More safety requirements and regulations have cut down the dangers that miners face, but it’s still a job where you’re digging deep beneath the surface where suffocation, deadly gas explosions, mechanical malfunctions, and cave-ins are just a few of the risks.

Those shingles on your house could easily have cost someone their life. Falling hazards are a given when working atop buildings, but the rigors of the job also mean that heat stroke claims more than a few people every year.

Car accidents are a major cause of death around the world, being beaten only by such major marauders as AIDS, respiratory ailments, cancer, and heart disease. Naturally the people who spend their time working in cars are therefore more likely to be fatally wounded in the line of duty.

Trash people deal with the absolute worst that humanity has to offer: Our refuse. Harmful chemicals, dangerous landfills, and machinery often cause their demise, as does the fact that they too are out on the roads day after day.

Point of fact, most soldiers have safe jobs where they work behind the scenes, operating at desks, doing maintenance, cooking food, and general day-to-day stuff that anyone deals with. Only those in specialized fields tend to really be at risk, and that includes the people looking to make the world safer by taking land mines out of the equation.

The massive amount of equipment that is used in modern farming makes working the land a dangerous job. Add in the relatively low education of most ranchers and farmers, and you have an accident prone population working in unstable conditions, often as part of a factory farming or factory ranching money mill that prizes profit over human life.

Even though they haven’t attained sentience yet, ordinary machines are still risky business. They don’t need to be sent back through time by Skynet, they just need to run cutting, folding, and altering metal to take lives and cause crippling injuries.

Though typically better trained than most cab drivers, and protected by much more steel and safety precautions, truckers are also out on the roadway with every incompetent driver allowed to spin a wheel.

Animals are the most exploited creature in a slaughterhouse, but the workers aren’t given much more consideration. Stuck in dire conditions, forced to churn out death to feed an ever-growing human population, people in a slaughterhouse commonly become victims of their own murderous devices.

Electricity is a harsh mistress, as anyone who has to deal with the poles and transformers can tell you. Hooking up high voltage wires is a game of Russian roulette, all so we can enjoy watching endless seasons of The Bachelor and microwave pizza rolls.

The Coast Guard is just one of the many organizations devoted to saving people from both the accidents that befall them, and their own stupidity. Sadly, lifeguards, avalanche rescue teams, and many first responders give their lives in the hope of saving those around them.

Driving a car isn’t the only danger when it comes to conveyances. Spending time working under and around them is an excellent way to lose a limb or a life.

High-profile individuals who need bodyguards often need them for a reason. While there’s a few choice gigs protecting pop stars or being part of a huge group like The Secret Service, many bodyguards are actually cut down keeping their clients safe.

Space is a killer. All that nothing can snuff out life without a first thought. Though we’ve been going to the stars for decades, it’s still a new science with many failures that cost in mortality.

Police officers are far more likely to kill an unarmed civilian than they are to be in much danger themselves thanks to the exhaustive protection they are given. Often they die as the result of driving accidents, similar to truckers and cab drivers, though they’re given the luxury of highly reinforced vehicles which are not offered in the private sector.

Maintaining machines that operate behind the scenes or just cleaning in the dangerous industrial complexes around the world can kill. That janitor is taking his or her life in their hands every day.

More death by modern technology. They might not deal with the massive power surrounding electrical line installers and repairpersons, but an outlet can be just as deadly.

Imagine riding a bike around the streets of New York with nothing between you and the world of bad drivers. That’s what many messengers and deliverypeople face, often leaving them bloodied and broken by the side of the road.

Groups like the Hotshots who fight wildfires are truly in danger, but the majority of firefighting personnel faces only burnt chili and the occasional domestic blaze from a knocked-over candle. Rushing into infernos is fairly rare, which is why volunteers are so often enough to handle basic firefighting tasks.

Building high-rises with powerful equipment, and digging deep to lay foundations are as hazardous a career as anyone in uniform faces. Though, they might be able to stay safer if they kept their eyes on the job and knocked off the catcalling.

To be fair, if you’re going to be knowingly setting yourself on fire or jumping out of buildings, you get what you get.

In the modernized world, there are safe vehicles used to clean the streets. Such is not the case everywhere. A person with a broom merely trying to get broken glass off the sidewalk is playing hopscotch with The Reaper.

Though not as risky as construction, a life around saws and half-built structures isn’t intended for longevity.

Sherpas and those who take the “adventure” travelers up and down the peaks of the world commonly perish of exposure, typically in an effort to get their charges to safety.

4 comments
TheCoolist is supported by our readers. When you buy through links on our site, we may earn a commission. Check out our privacy policy.
Join TheCoolist
100% free, unsubscribe anytime.
Related Reading
Let's connect