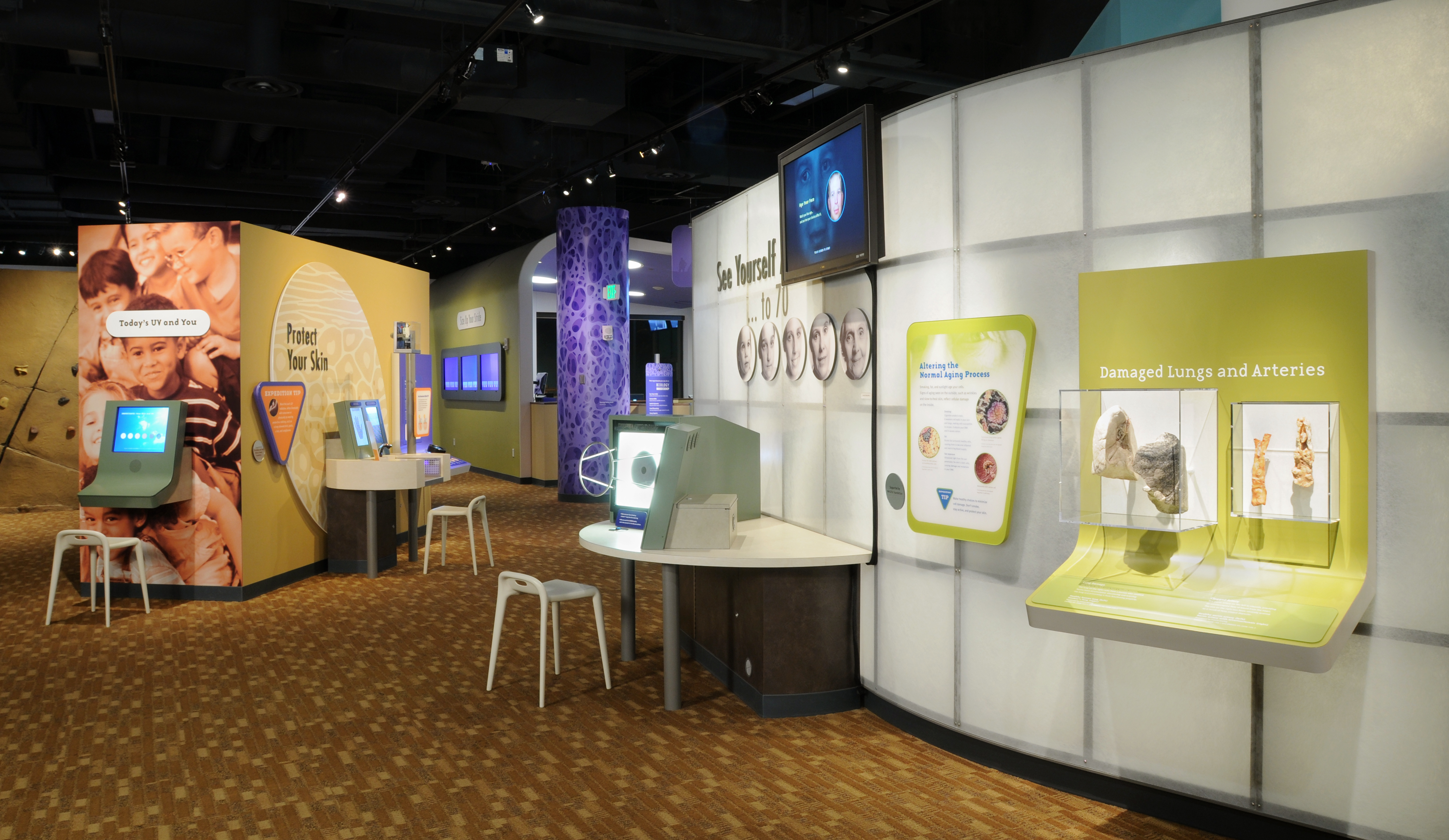 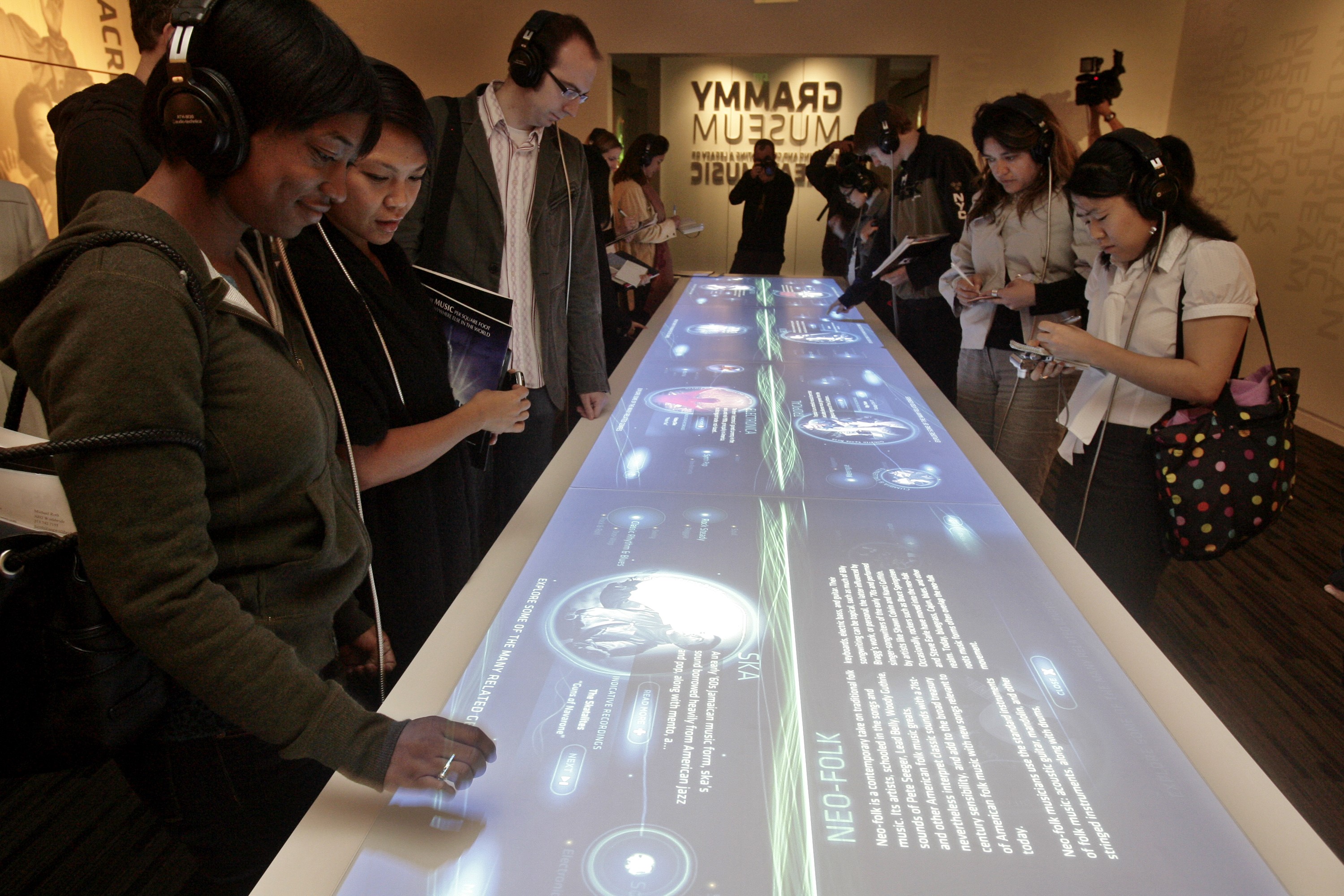 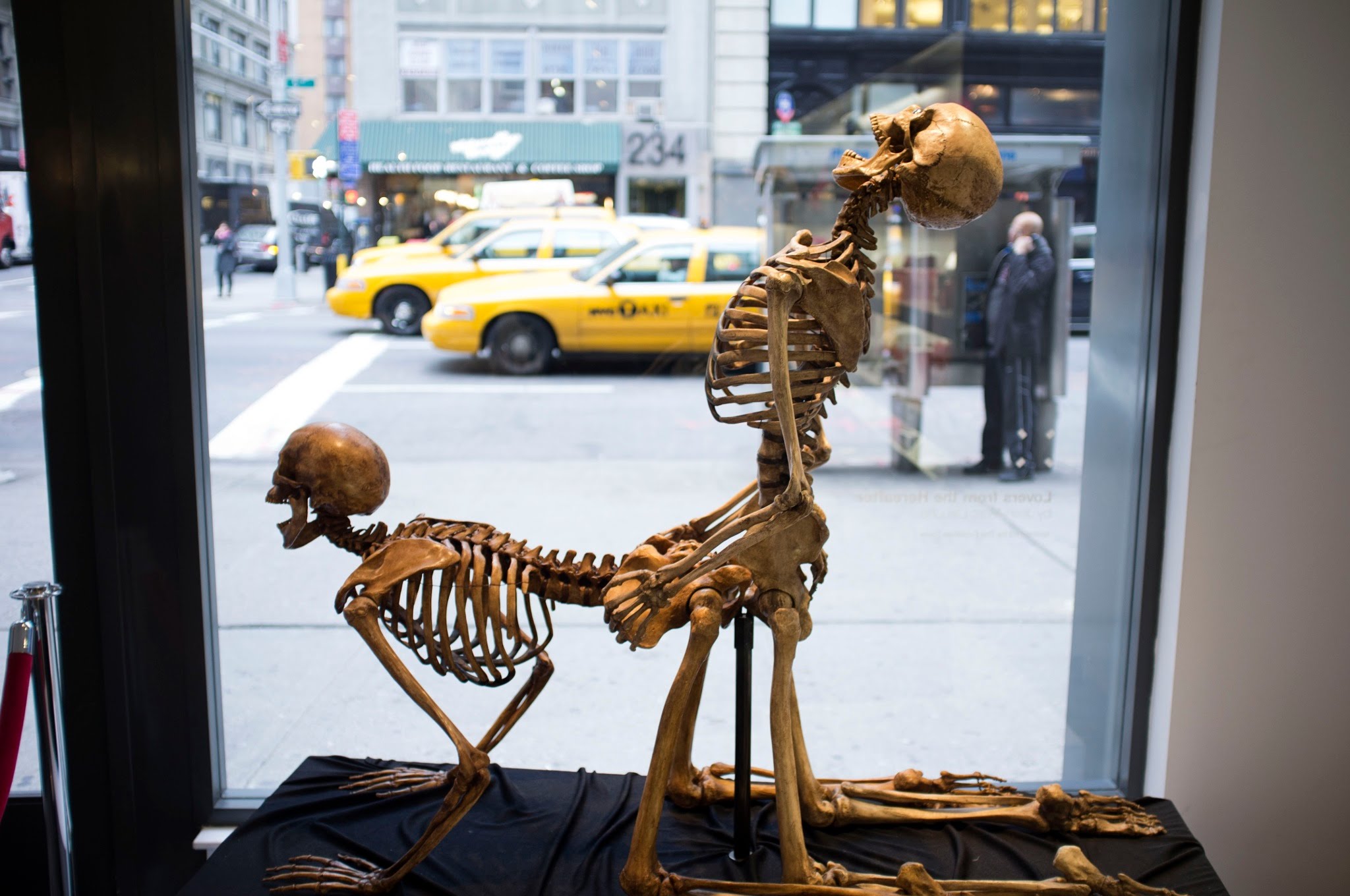 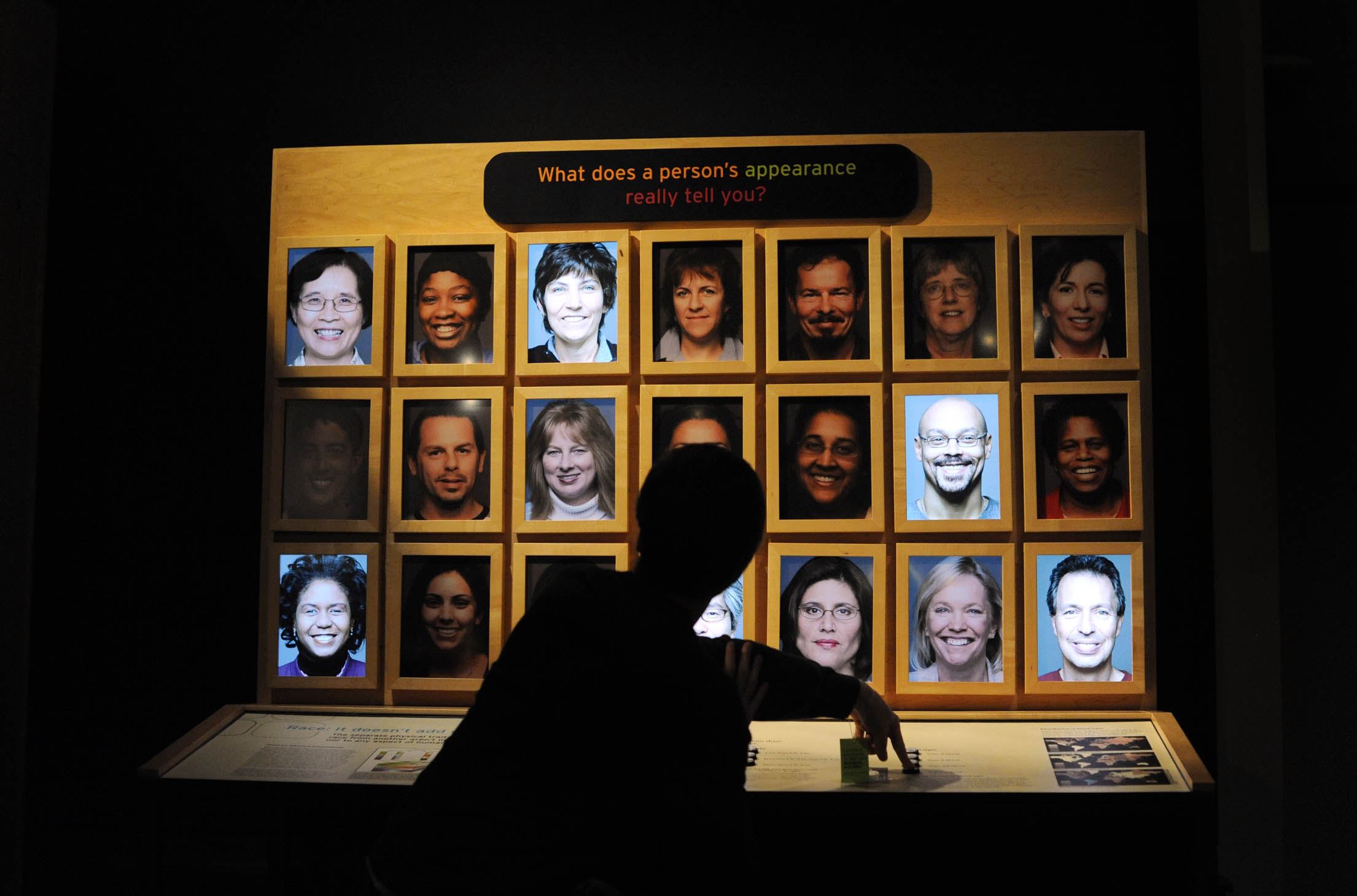 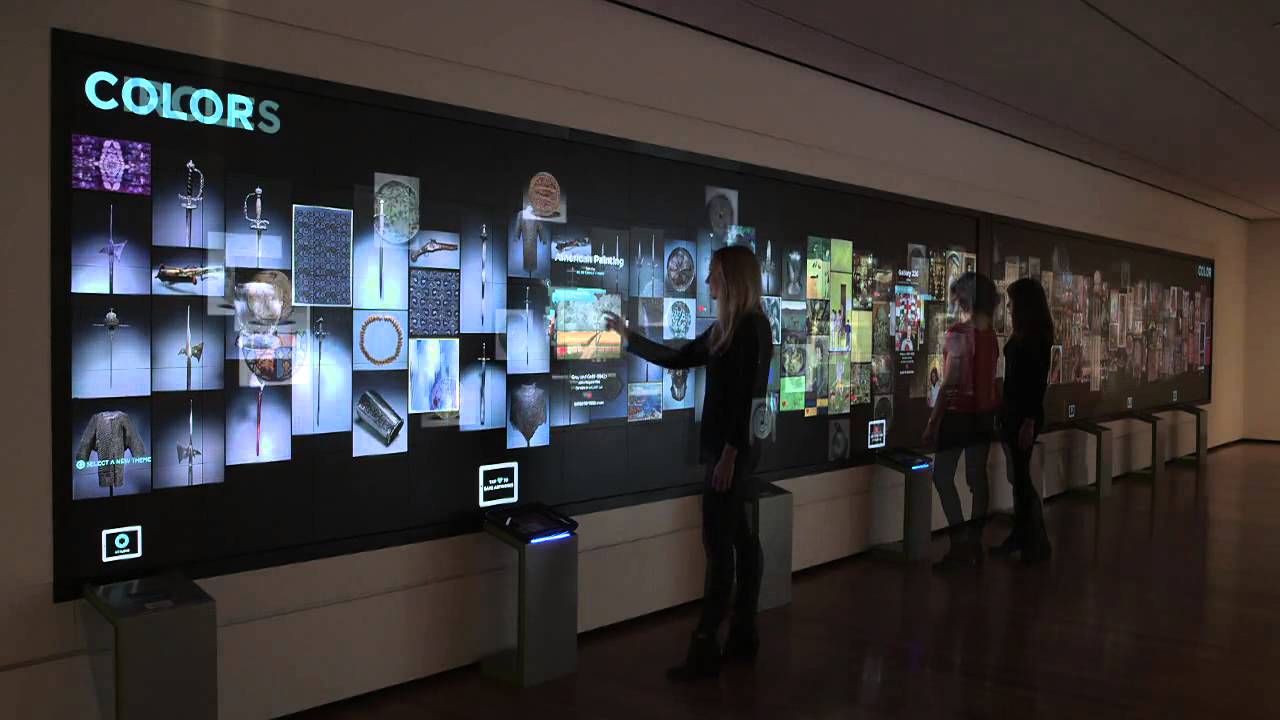 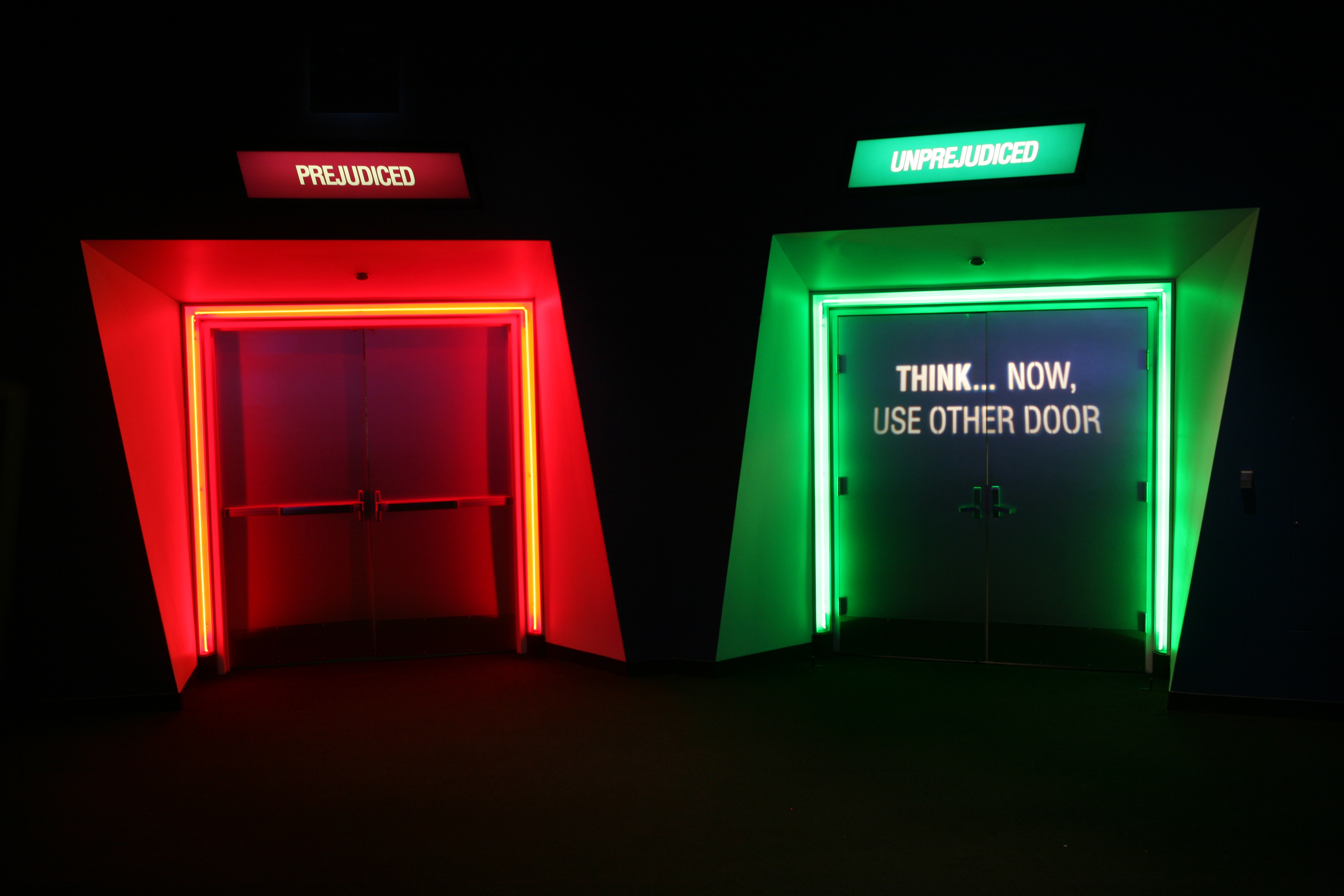 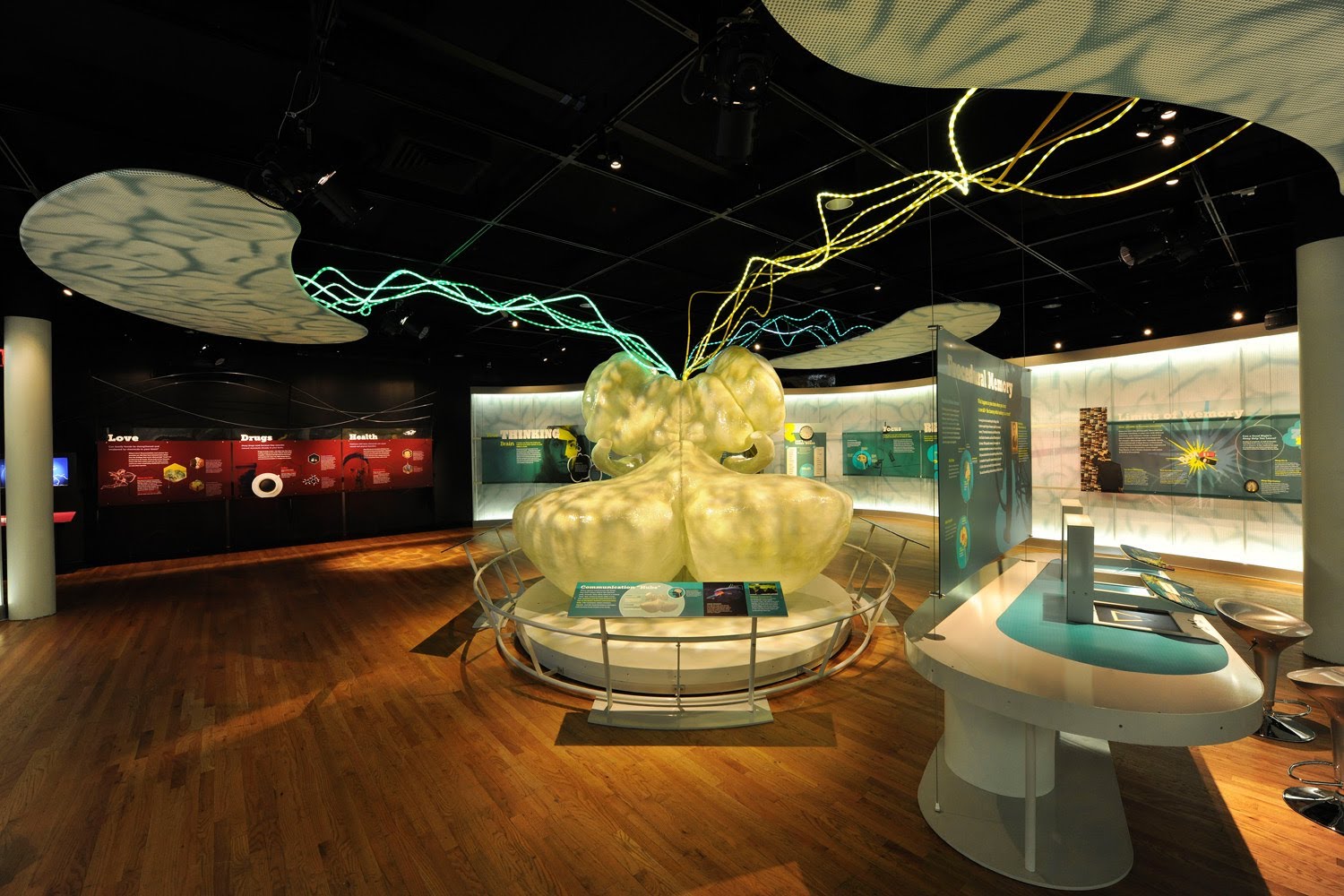 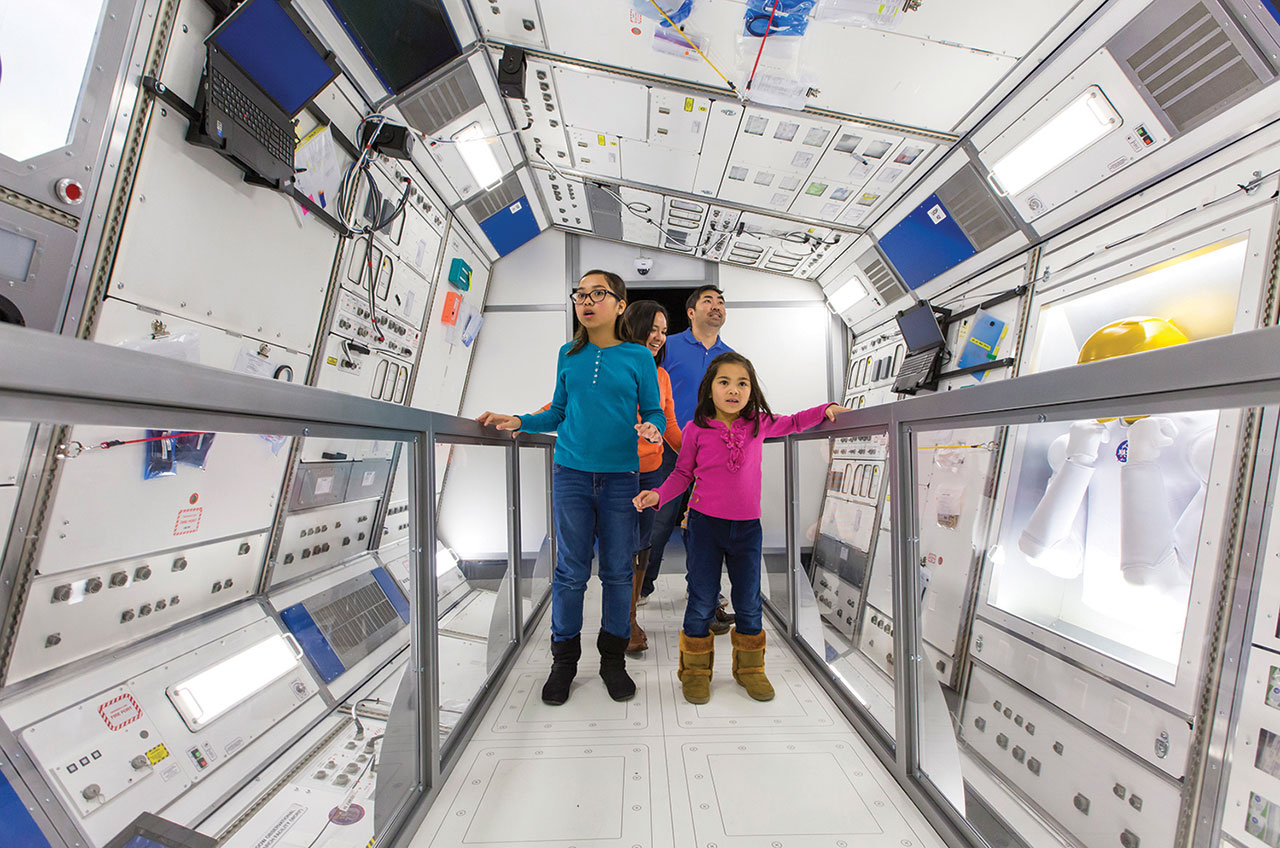 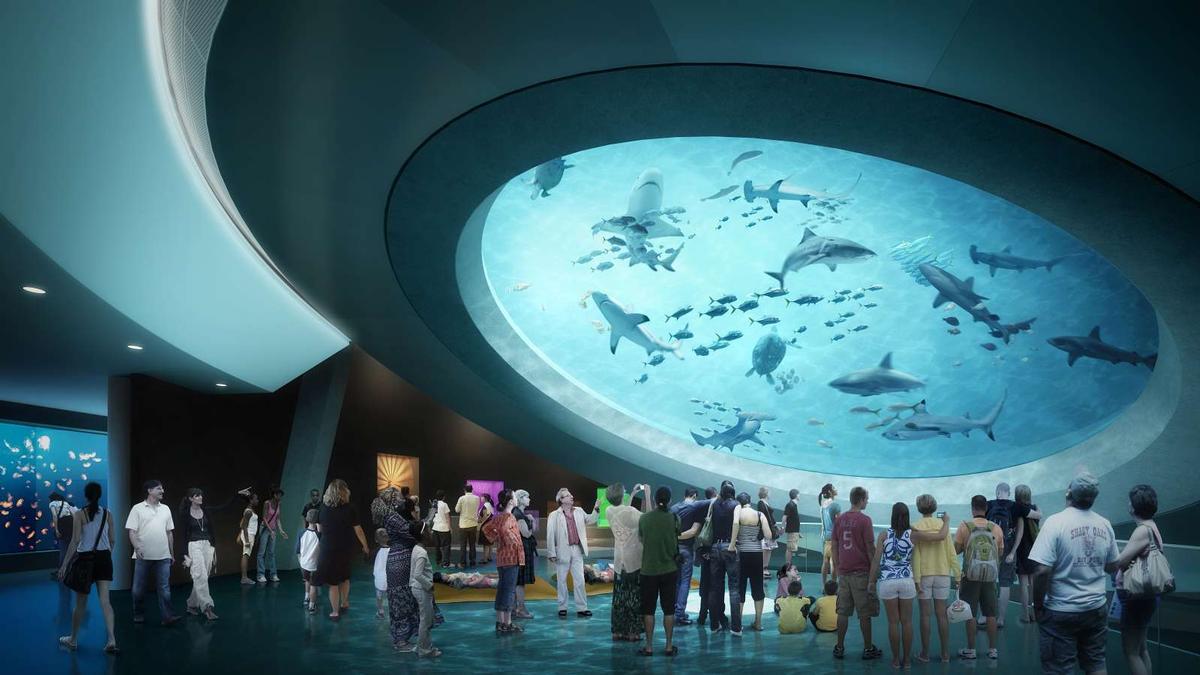 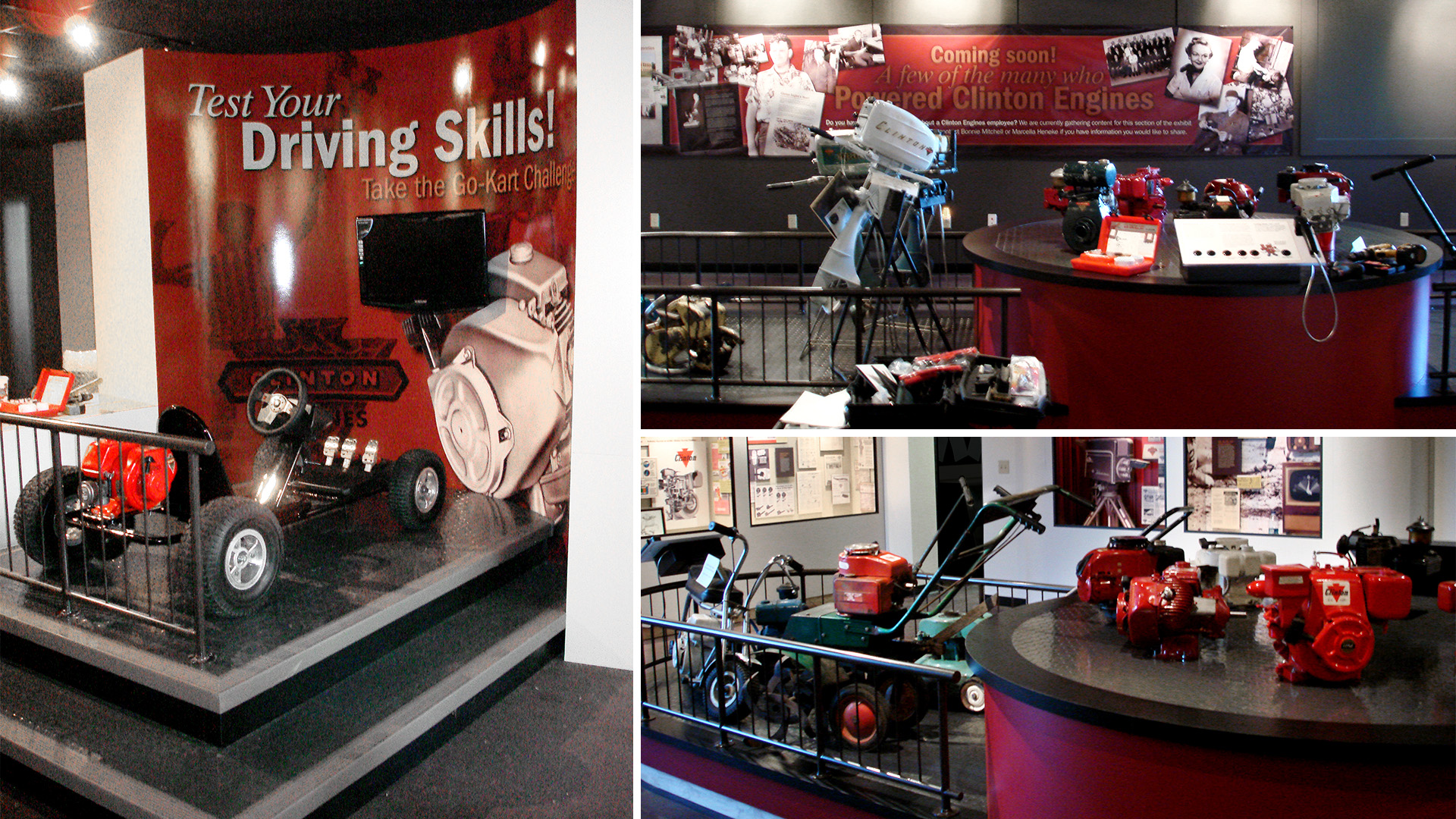 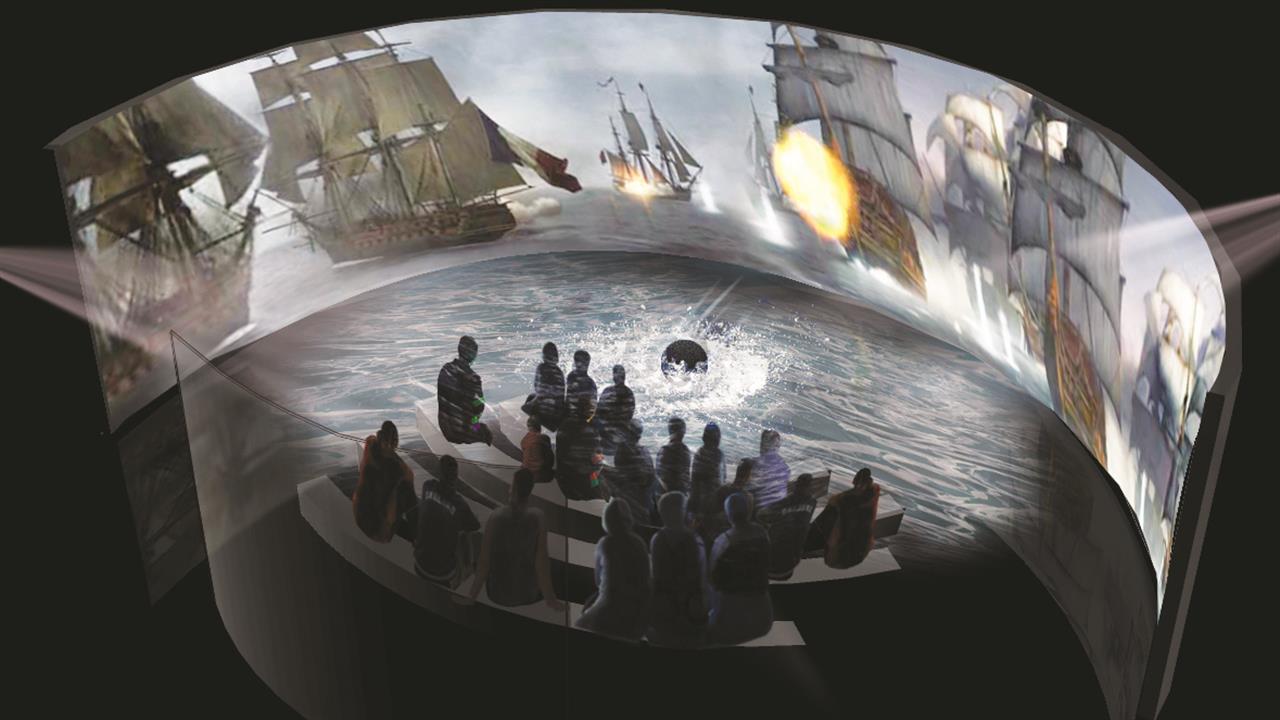 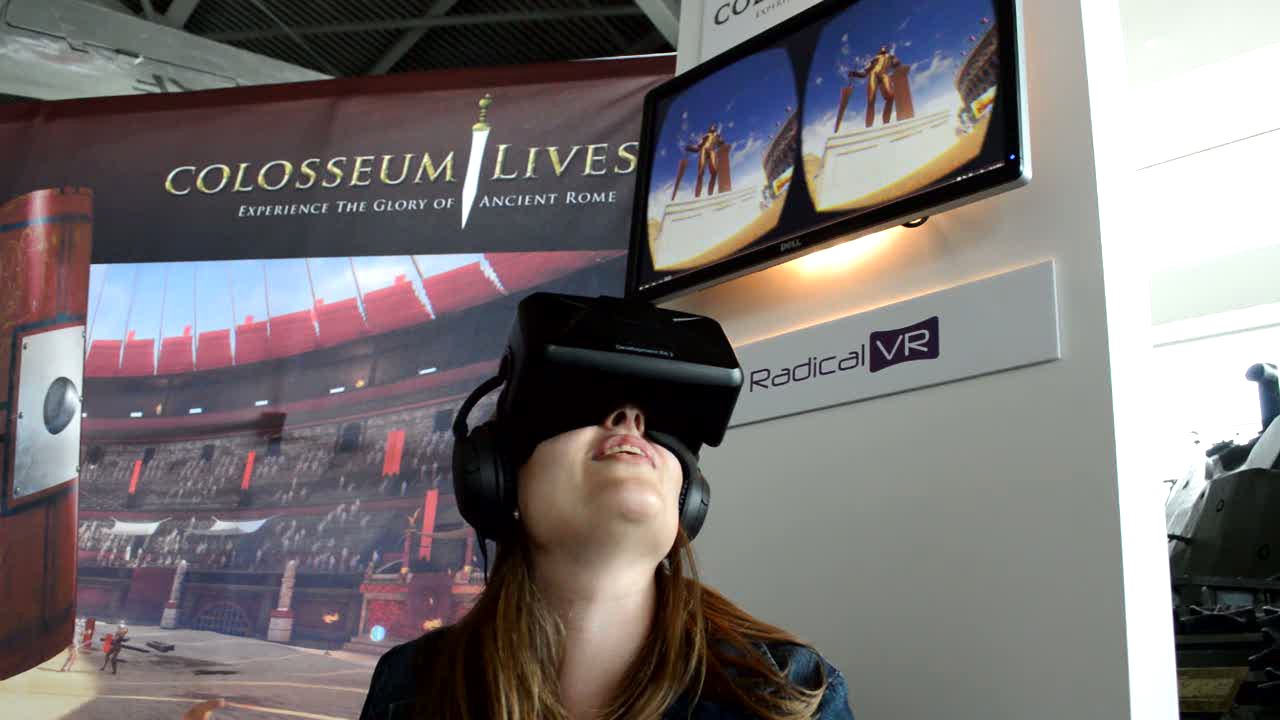 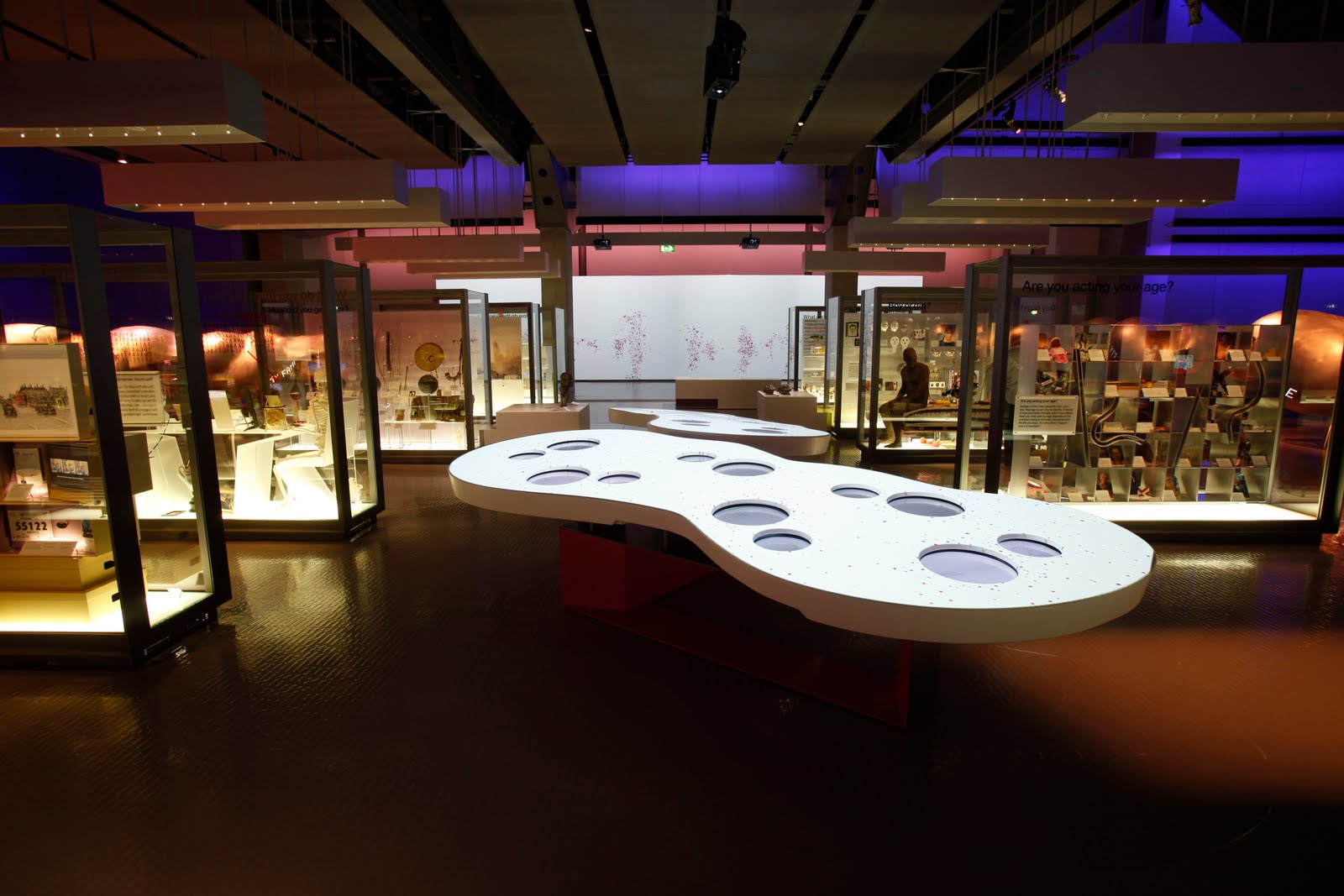 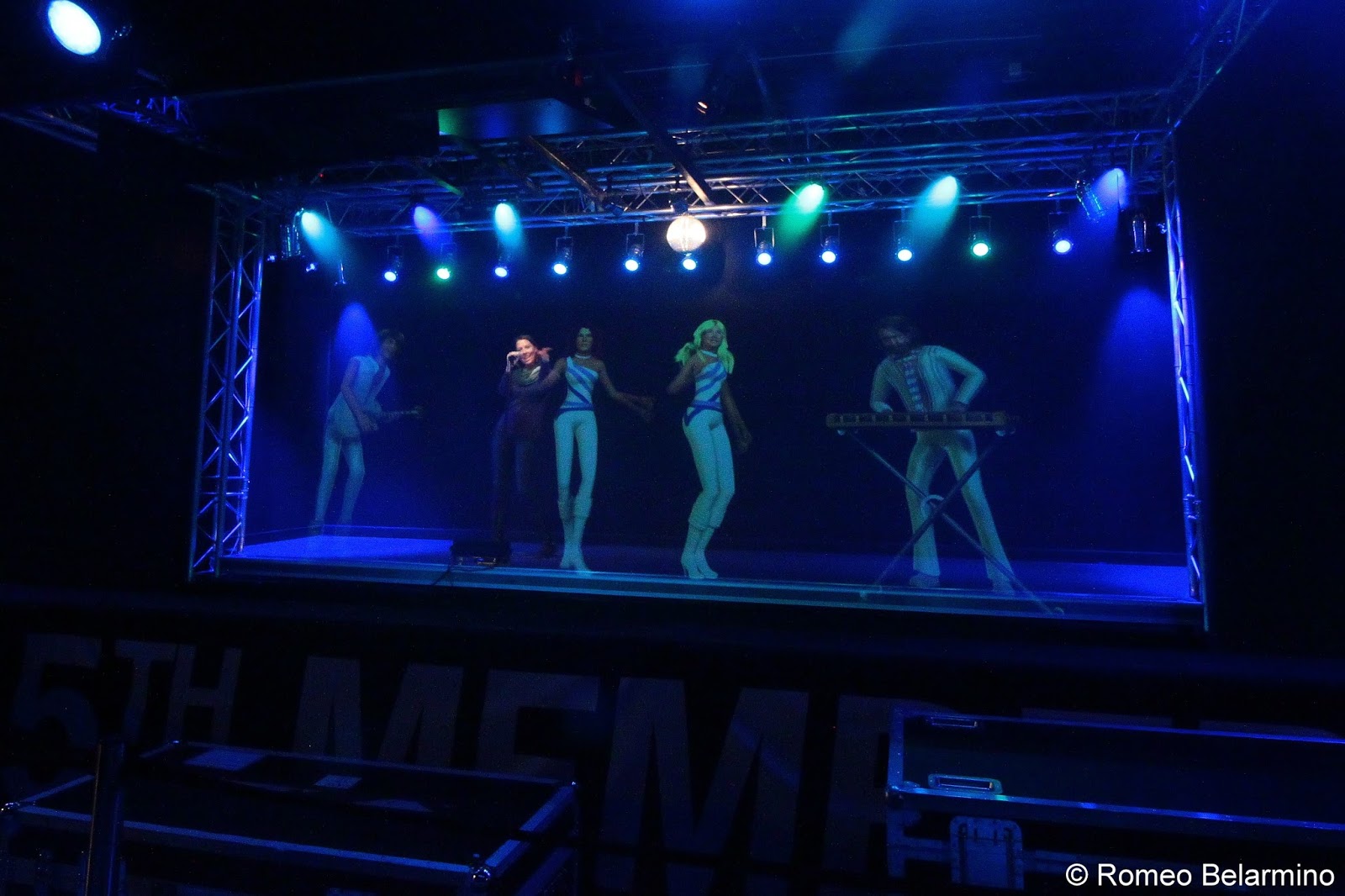 A trip to the museum was only fun for most of us when it meant a day away from the classroom. Even then we’d be stuck with a packet of assignments from our teacher to prove we did more than just marvel at the huge skeletons. Today’s museums are nothing like the days of old, full of static displays of old bones. Now there’s virtual reality, interactive touch displays, and the alien life of the deep sea, all at our fingertips.

To give you a taste of what is out there, we walked the Earth and sat through untold lectures just to find the 15 strangest museum installations for enjoyable learning that is worth far more than the price of admission.

Located at the Denver Museum of Nature & Science, the Interactive Expedition Health Exhibit allows visitors to sign in, and then explore multiple stations where they learn about the adaptive nature of their own bodies, and can check much of their personal information to track their own physiology. A printout at the end tells more than most people ever wanted to know about the meat sack in which they live.

Music and history fans alike can’t go wrong with the audio outlets located at the Grammy Museum. High-fidelity sound complete with high definition touchscreen displays give visitors the ability to hear award winning sounds from any era, along with a little history of all the odd and esoteric genres that have come and gone throughout the ages.

Very little in the Museum of Sex is interactive, which is a blessing for the general public health, but the exploration of sexuality and how it spans generations, religions, species, and affects nearly every creature on the planet is an eye-opening (and sometimes stomach-turning look) at the strange world of our nether regions.

RACE: Are We So Different?

Even in the most evolved and civilized nations on the planet, racial issues can still drive normally rational people to acts of murder and terrorism. The RACE exhibit at the Carnegie challenges visitors to look at the faces of ordinary people and answer questions about them. The installation shows how genetic differences are often far more than skin deep, and those who look nothing alike can share more DNA than those who appear nearly identical.

Interactives at the Cleveland Museum of Art

Art is subjective and complicated, which can leave many people a little cold. The massive displays in Cleveland help make it accessible by creating simple activities for art enthusiasts and laypersons alike. Nearby paintings can be viewed, and then fully explored via the screens to help those of us who feel at sea to comprehend otherwise intricate works for deeper appreciation.

The Museum of Tolerance

28,000 square feet worth of video screens and informative, engaging acts, The Museum of Tolerance can be a little uncomfortable at first, as it strives to challenge our preconceived notions and prejudices, but after just a few minutes you’ll start to see how easy it is to shift your perception and begin engaging with the exhibits – and the other patrons – in a way that is honest and connects people together, rather than driving them apart.

Brain: The Inside Story

A travelling exhibit that is worth tracking down if you can, “Brain” creates a neural map of one of the most misunderstood and incredible machines on the planet; our own mind. Showing the electrical storms that go on inside our head day after day, helping us learn what causes our behavior, and why we do the things we do, it’s a land of riches for your gray matter.

Inside the International Space Station. Visitors can walk inside a rotating chamber that emulates the actual movement they would experience aboard the ISS as it circles the globe. If you can leave without wanting to be an astronaut, please tell us how.

Still under development, the Frost Museum of Science is going to boast a 510,000 gallon aquarium as part of its “living core” which will be part zoo, part aquatic center, part museum. Intended to teach about conservation, science, and existence above and below the sea; life will be as much a part of the experience as information.

Art and nature are all well and good, but anyone who has gasoline running through their veins will get bored with pictures and displays pretty quickly. Funded by Clinton Engines, this exhibit challenges motor heads to design engines, test their driving skills, and learn a little bit about how to get more power out of an inline six off the line. Even non-wrenchers will want to gear up and gas up after just a few minutes.

Boasting an almost totally immersive cinematic experience, viewers of this installation at the Yorktown museum in Virginia will see, feel, and smell actual battles on a giant immersive screen that drops them right into the center of the action.

A virtual reality outlet in the Canadian War Museum, a headset will put visitors right in the center of the horrors and glory that were the battles held on the bloodiest stage in the world, the Roman Colosseum. Stunning, exhilarating, and terrifying, the reflections of current fixations on entertainment over real life is a shock to the entire system.

Part of the ‘Who Am I?’ series at the South Kensington Science Museum, simple colors draw in attendees, then walk them through the world around them at the particle level, showing them how all things are connected, all life is just energy in transition, and the flow of particles is in, around, and through each of us; making us part of a quantum whole.

Though many exciting museum exhibits utilize impressive technology, not many try to teach about it. Intel’s museum does focus on the company itself, but also offers playful insight into the world of tech that exists on the bleeding edge of science, microprocessors, and a look into the future of thinking machines and robotics.

You might not be a fan of the Swedish pop band ABBA, and that’s your loss, but anyone who likes music and interactivity will find more than a little fun to be had in their outlet. Holograms allow you to join the band on stage, record a video, and get a tiny taste of what it’s like to truly hear the guns, Fernando.