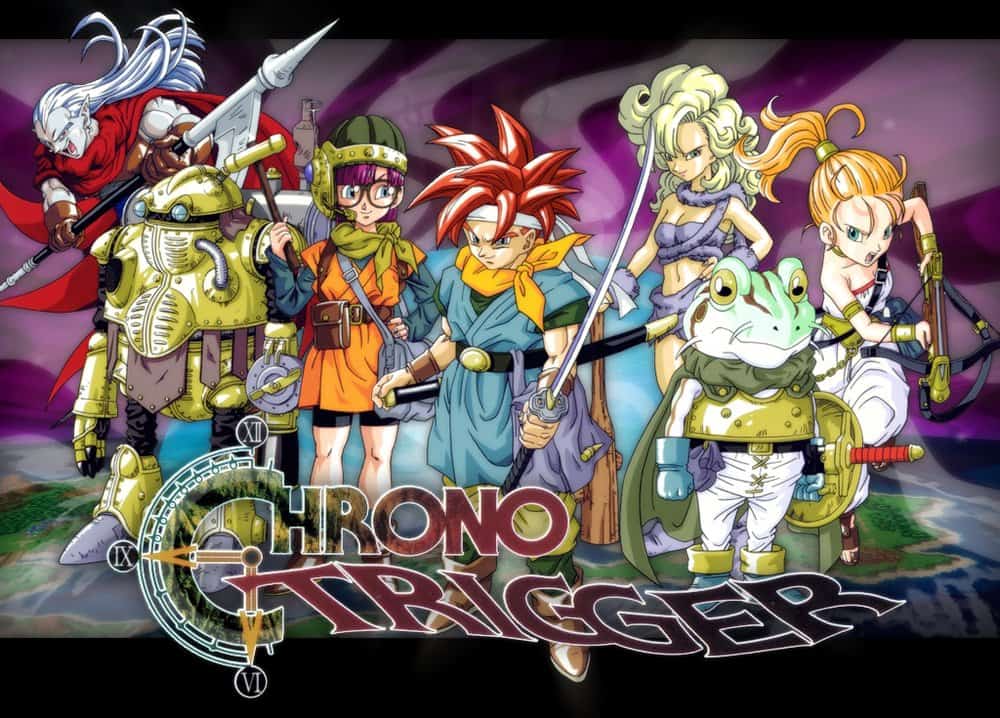 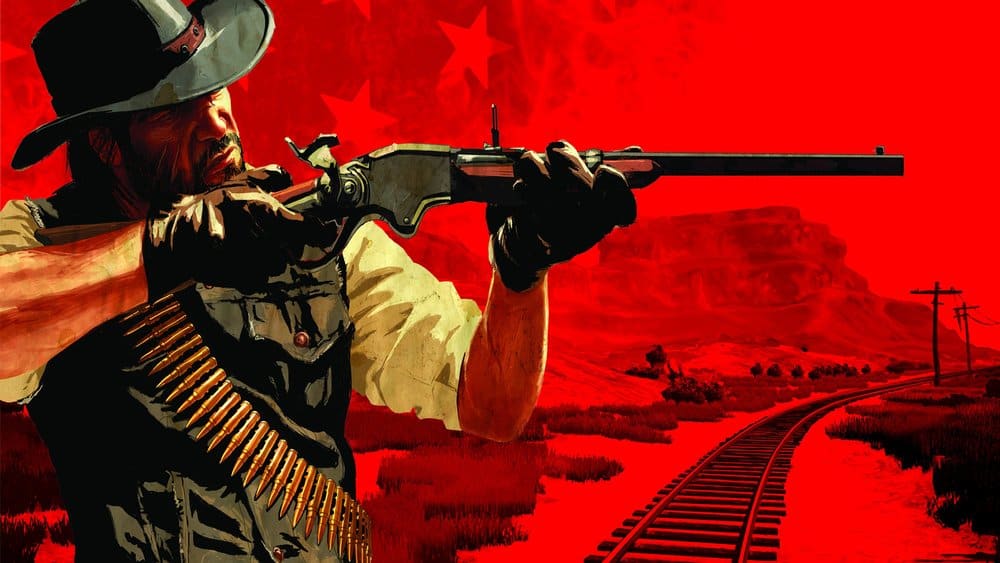 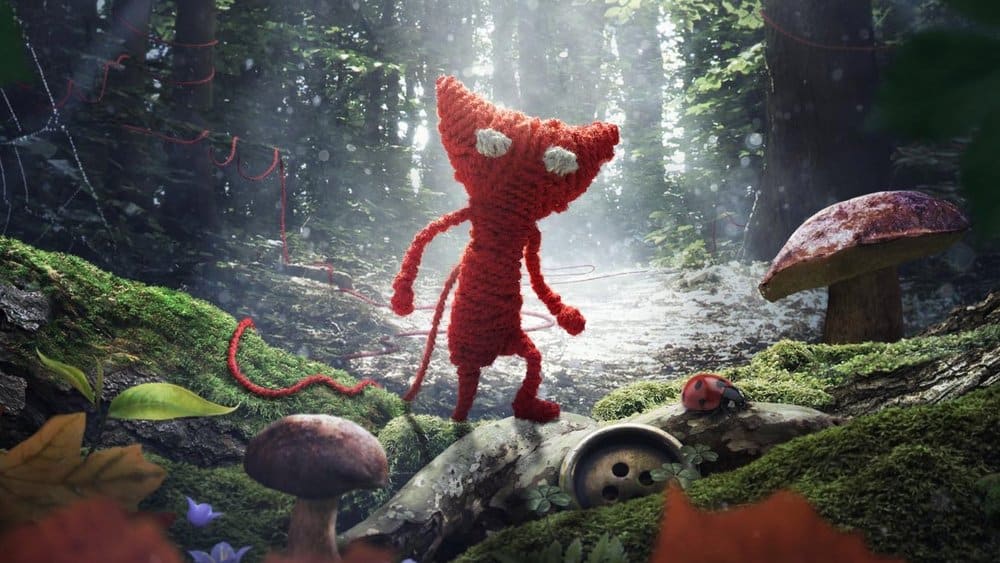 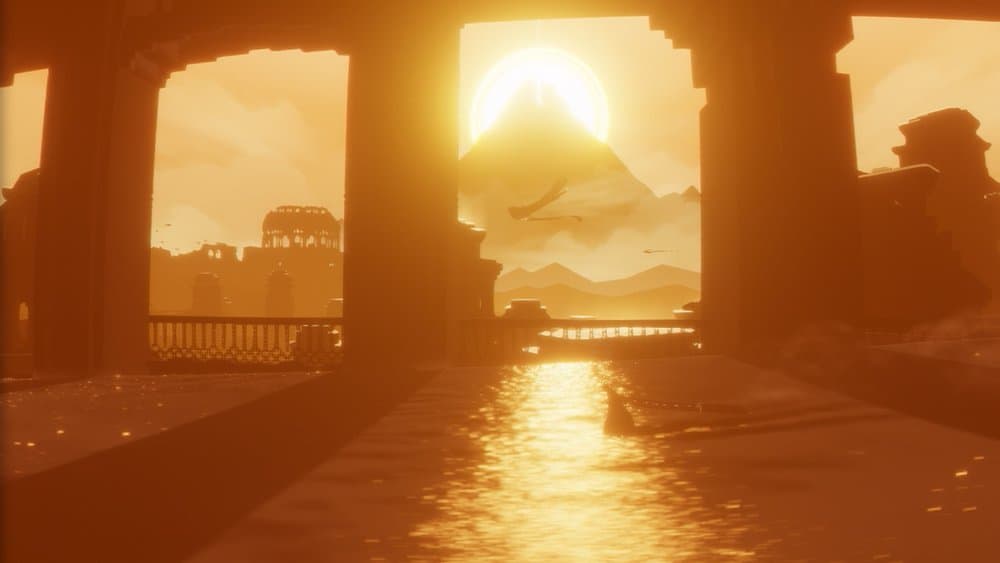 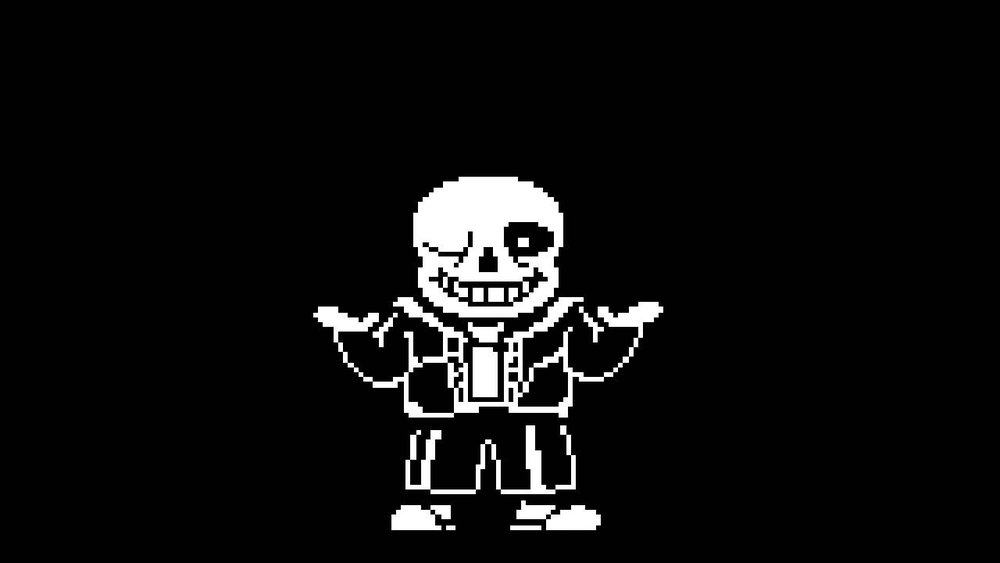 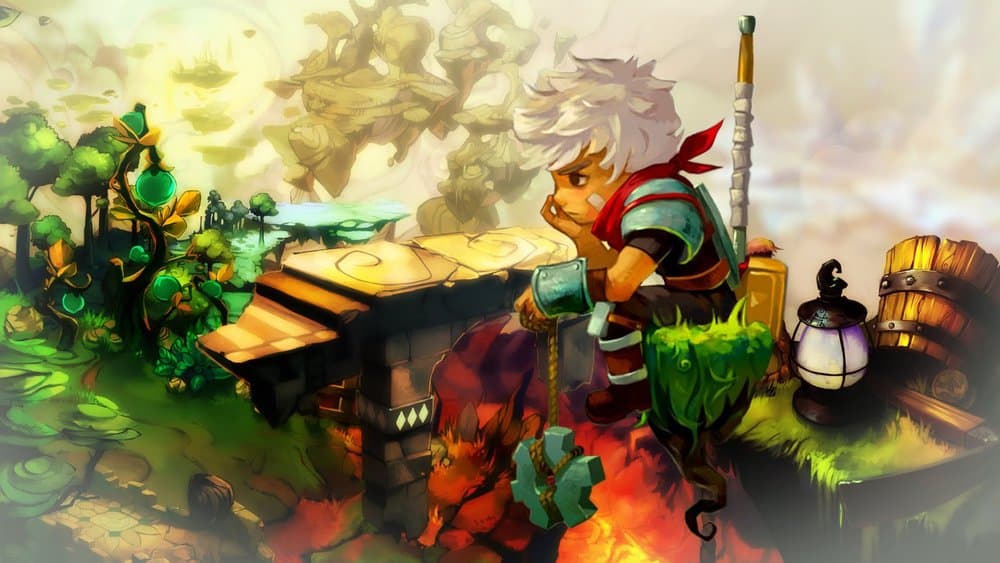 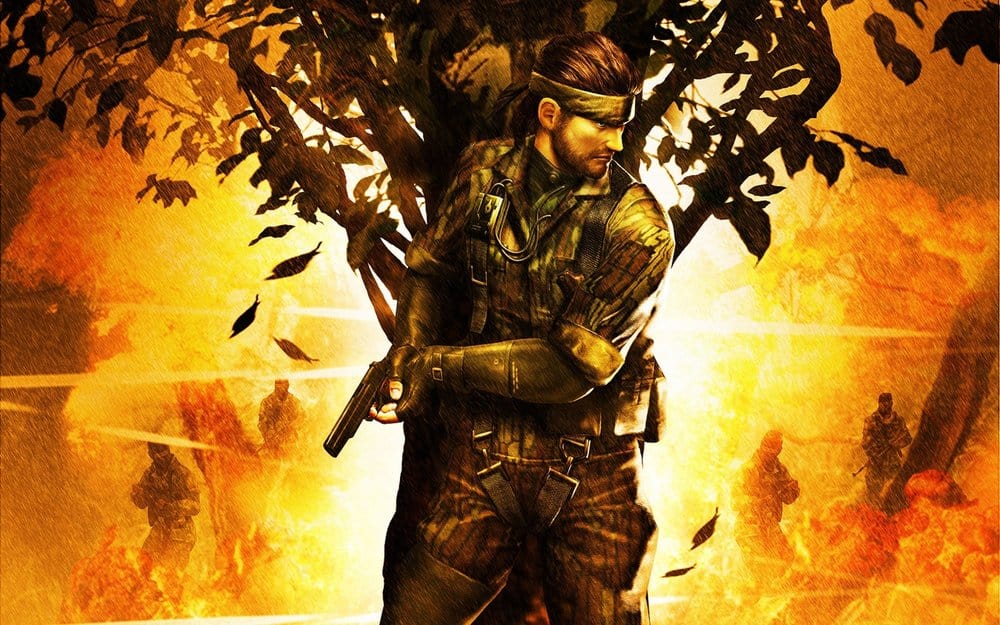 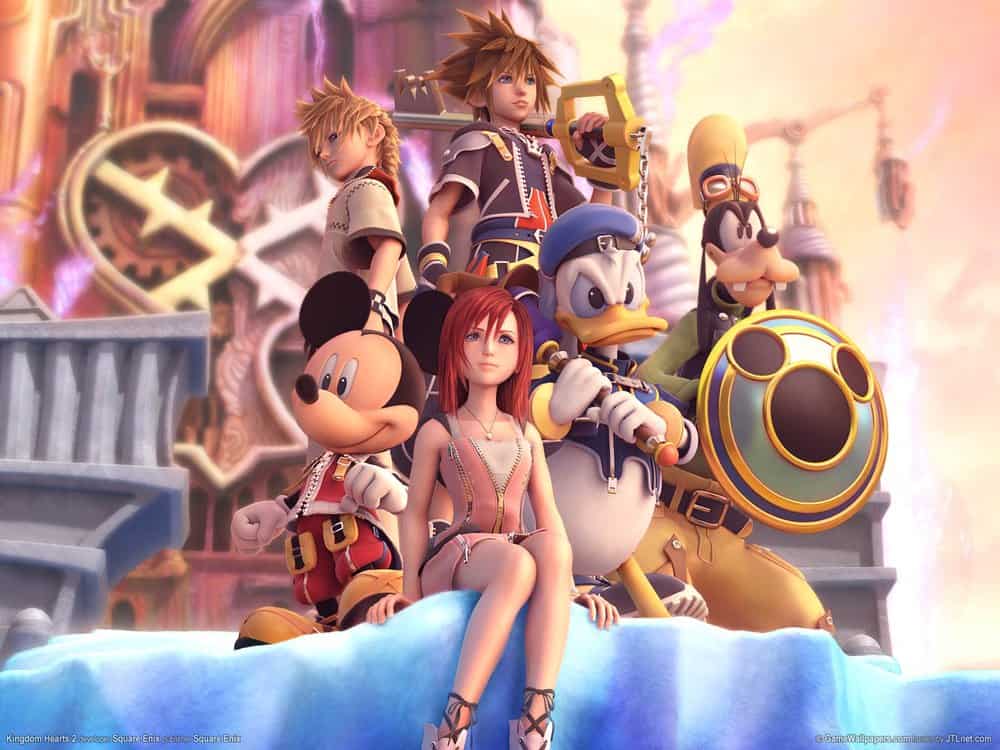 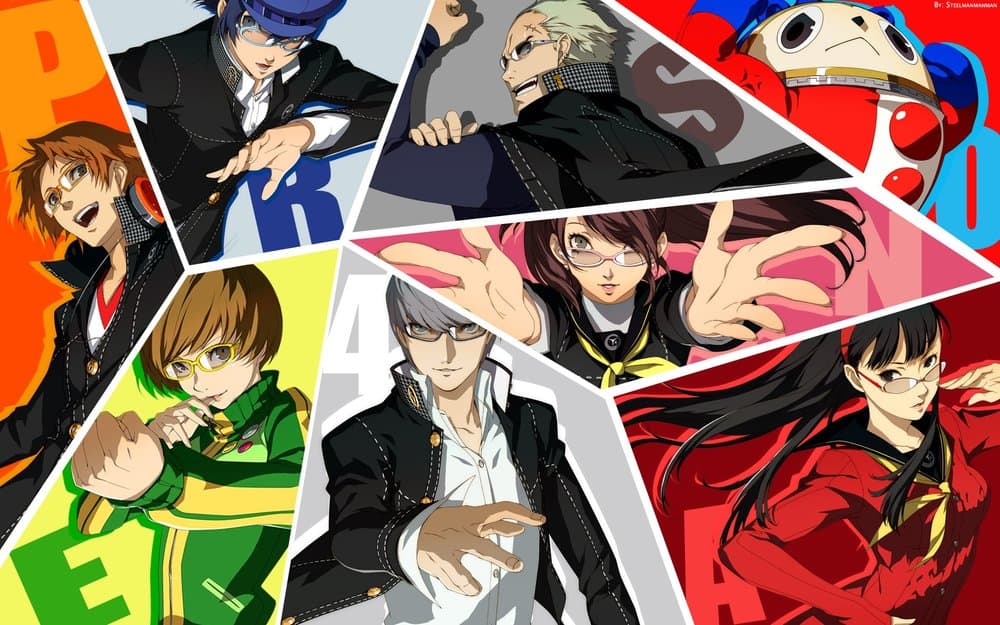 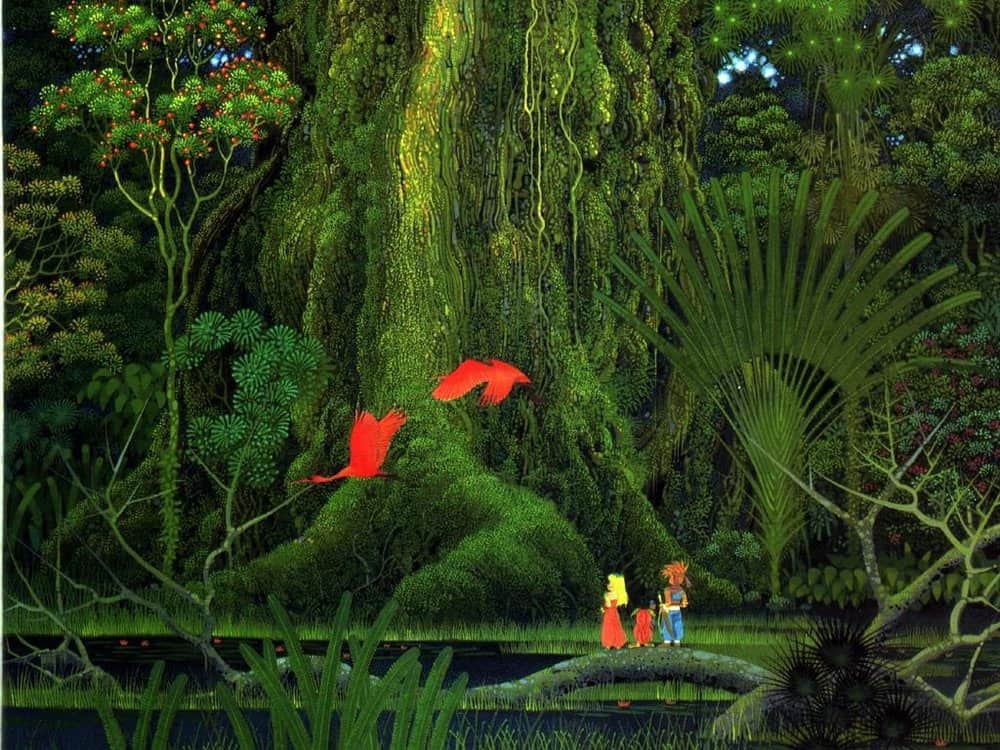 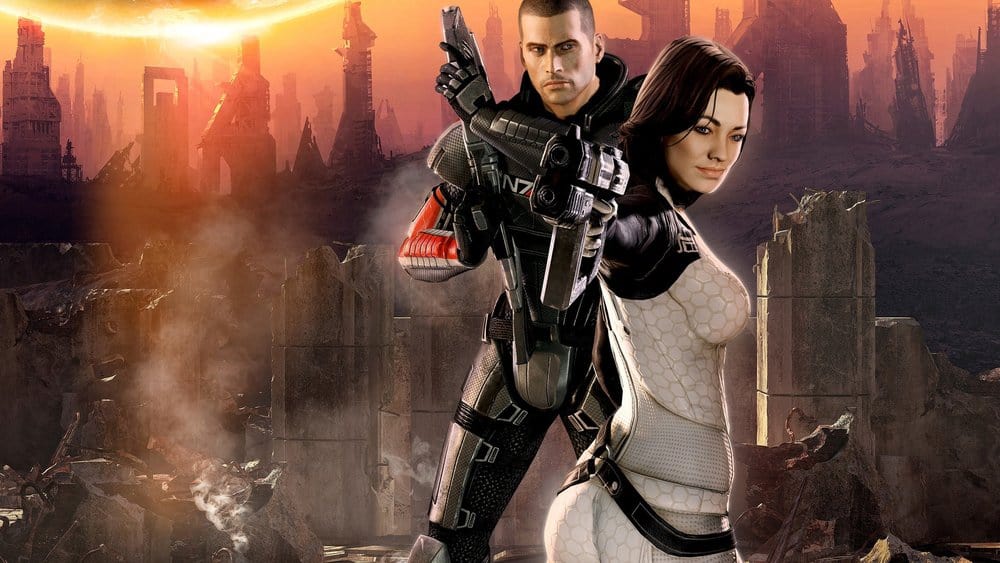 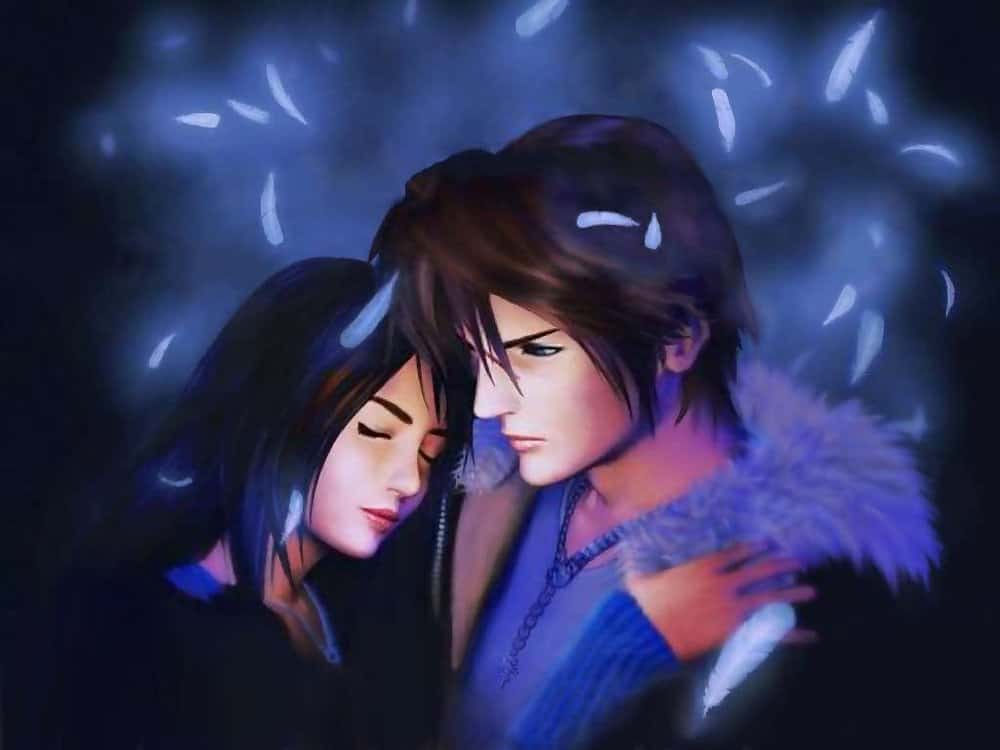 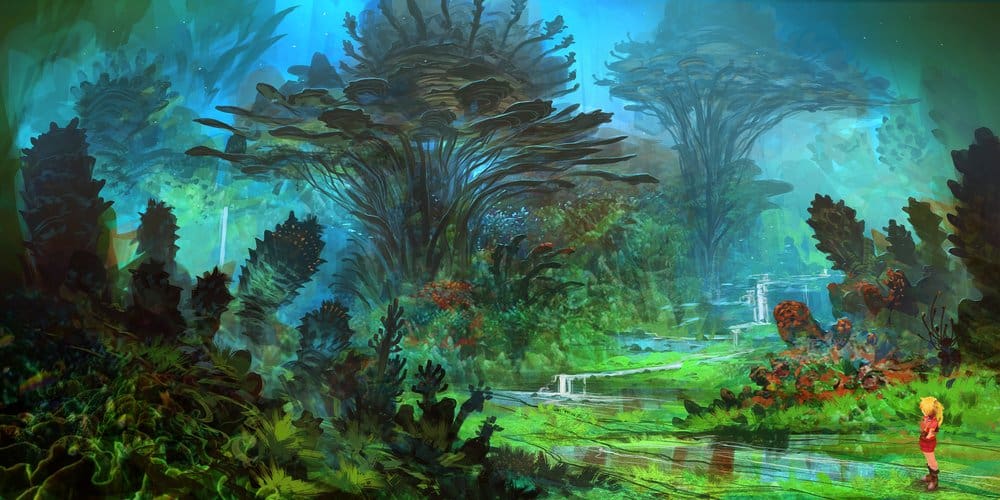 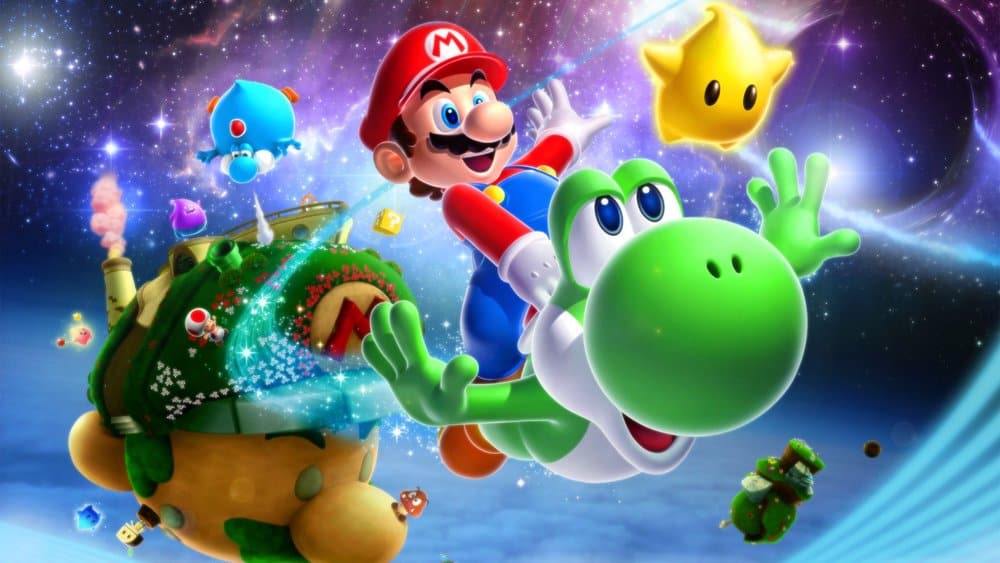 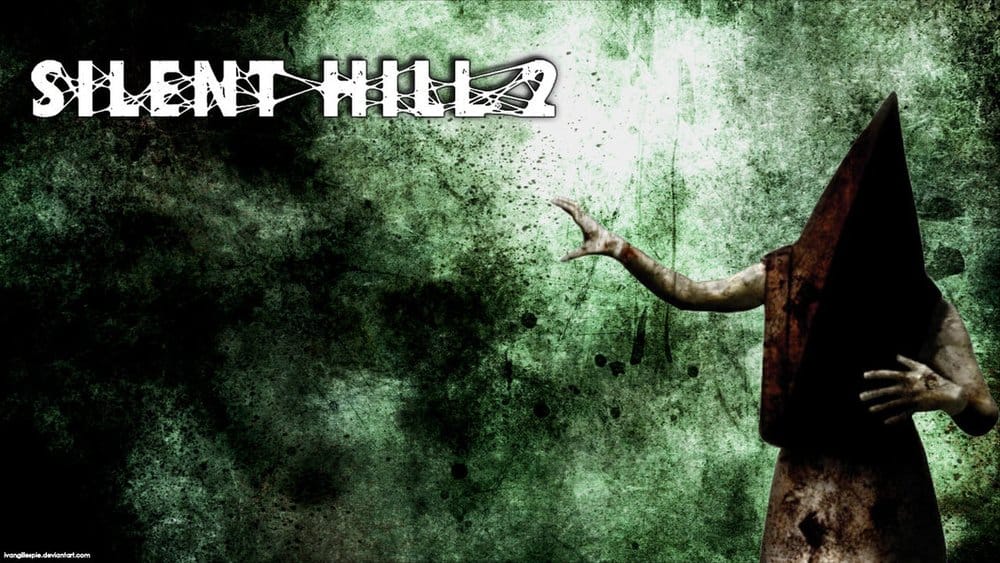 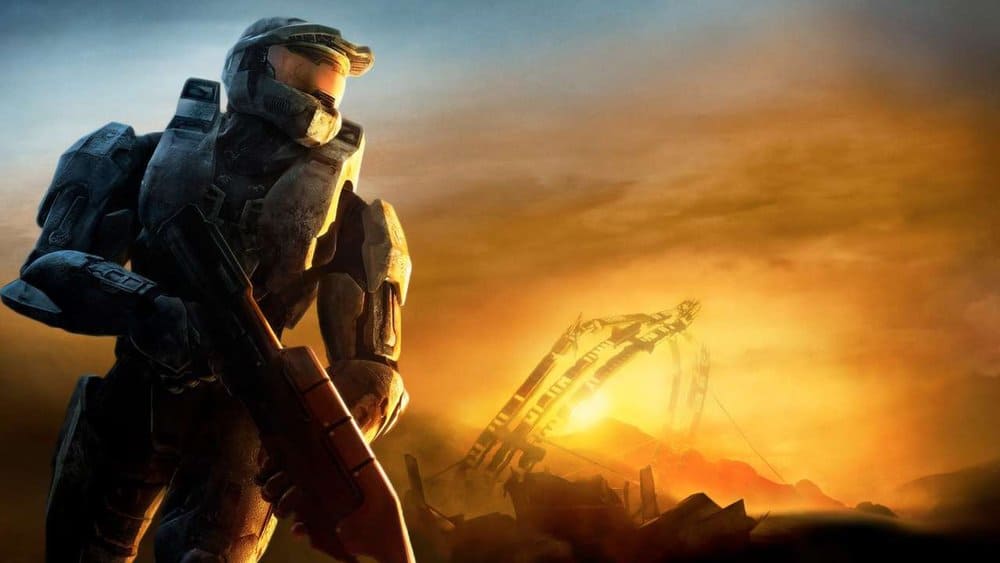 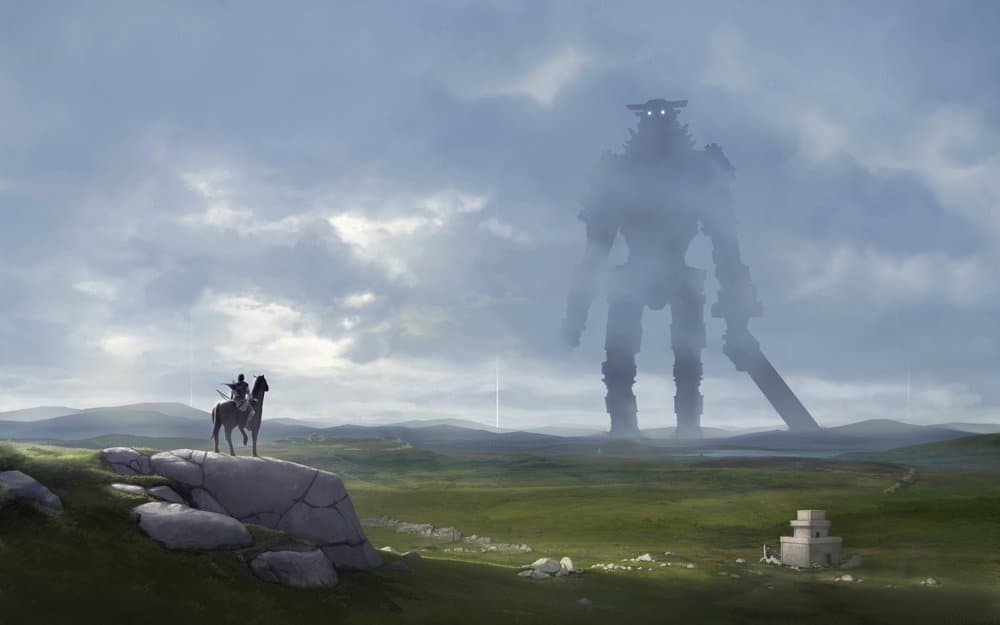 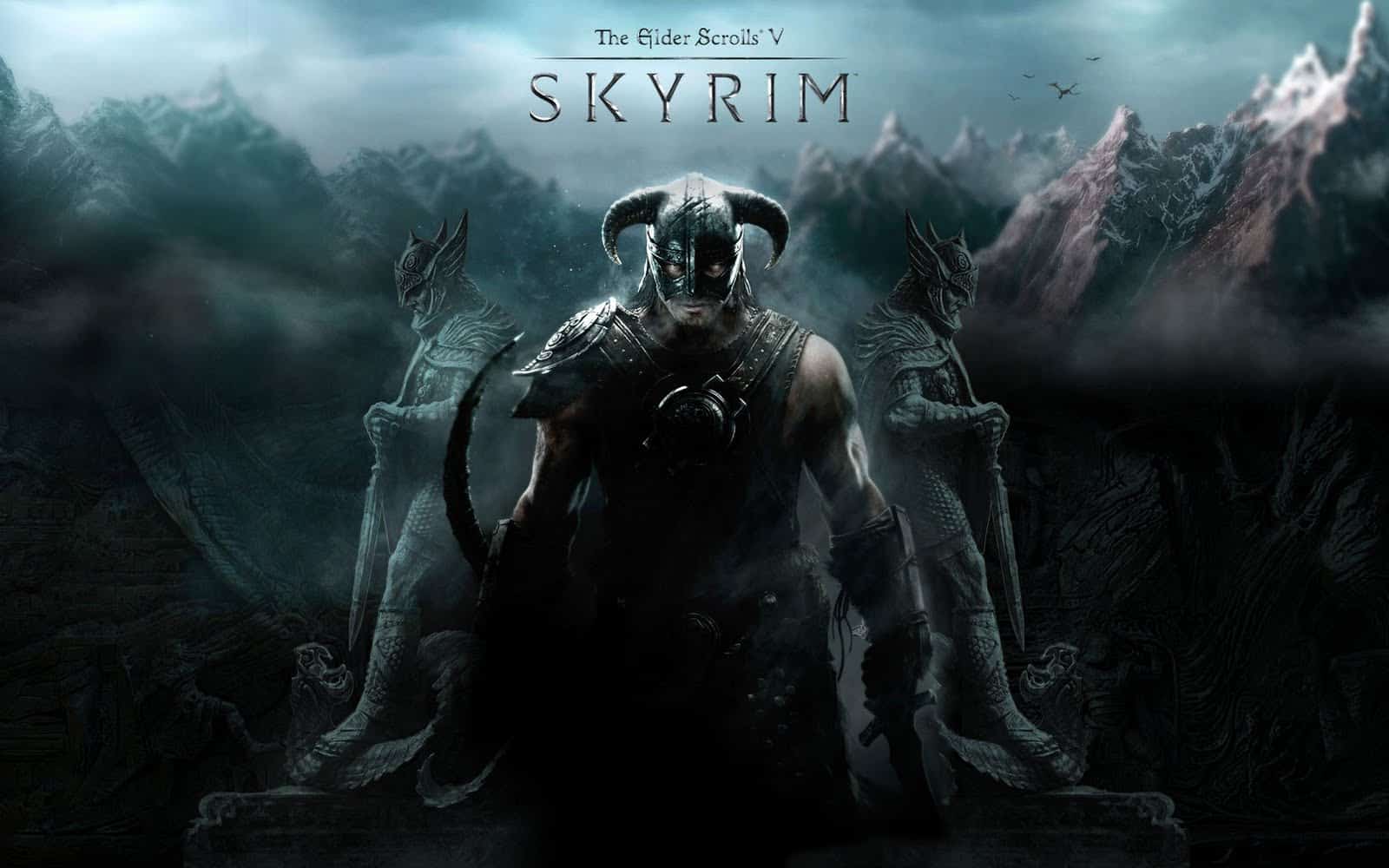 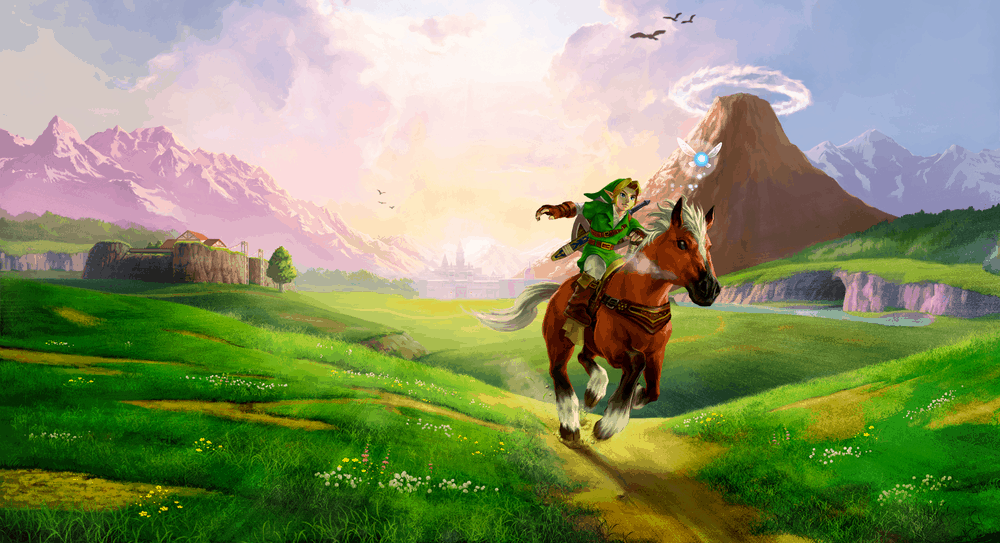 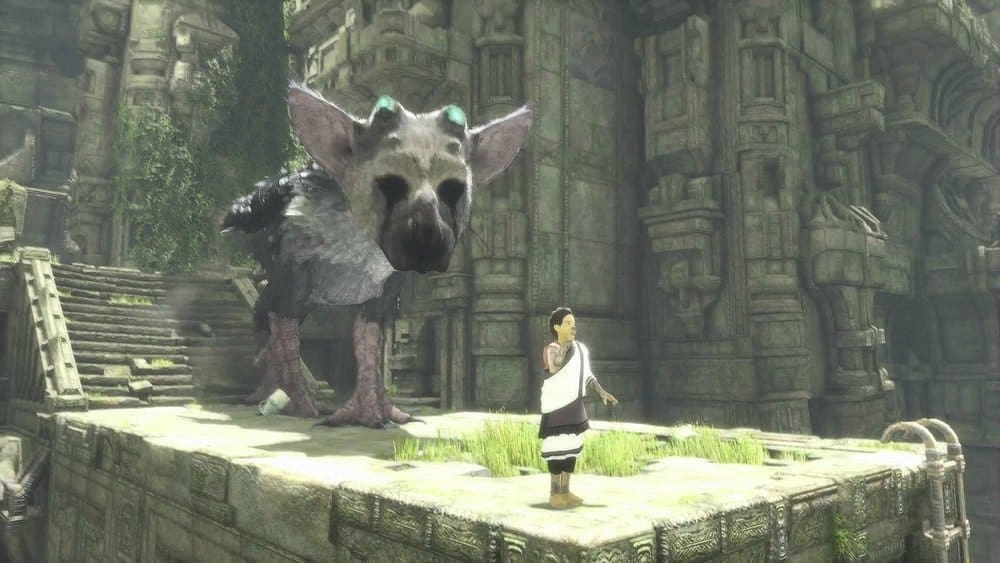 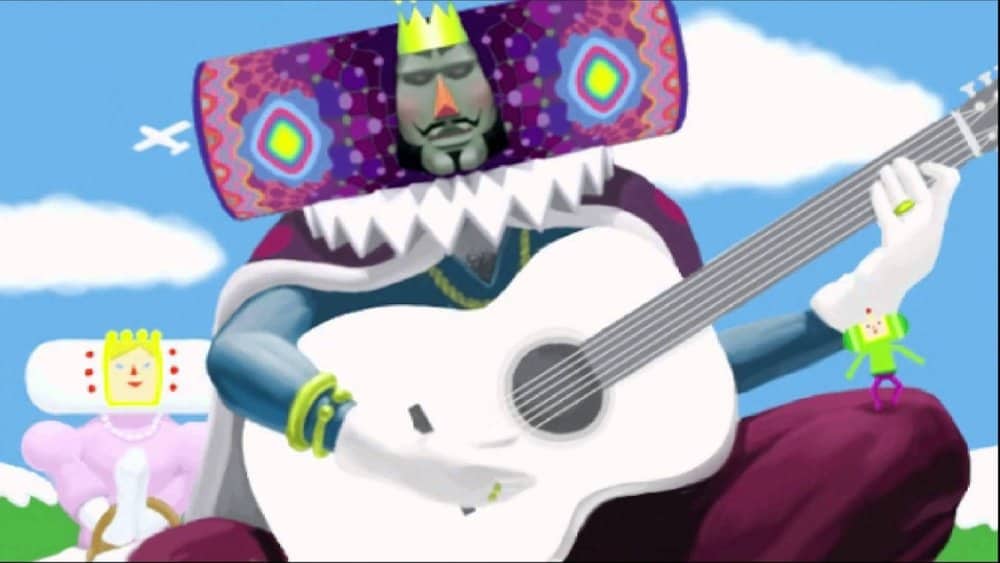 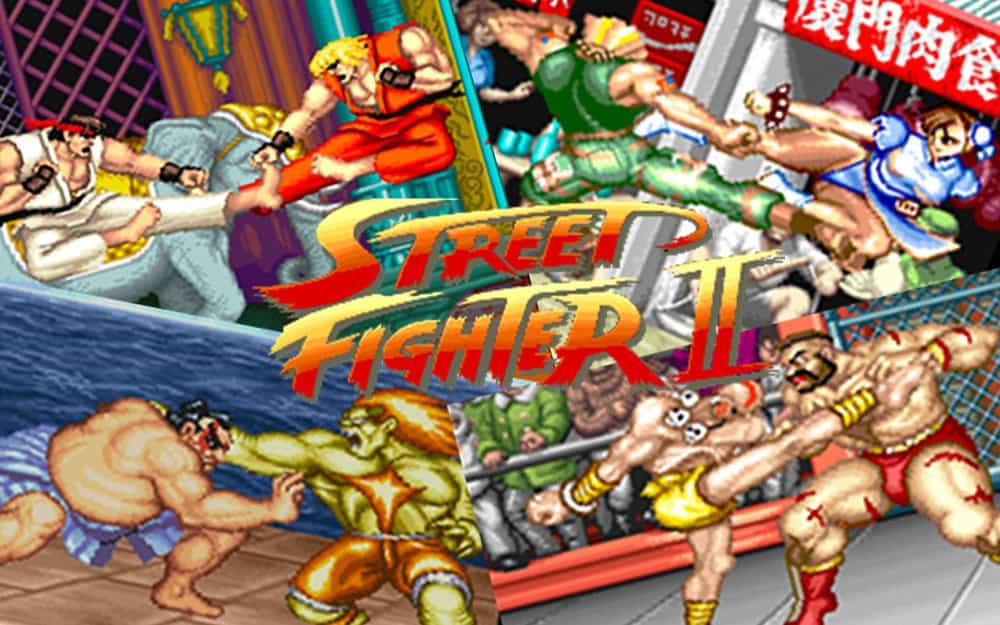 There’s a world of music that many people never experience, because rather than being pumped out ad nauseum through whatever Top 40 station is recycling the hits of today, they’re being played in video games. As with films, sometimes the highest compliment a video game’s music can receive is that it went unnoticed. Because games are meant to be played and not heard, we can often overlook how effective the soundscape is in games, and how it helps set the scene, change the mood, and add a level of immersion to our experience that we never even think about. As our eyes and hands are engaged, so too are our ears, drawing us deeper into the digital realm by engaging a full other sense.

Rather than listening to another whining Swiftian complaint ballad, do your auditory canals a favor and try out one of the 24 most gorgeous musical arrangements ever to grace game discs and cartridges.

Though it came from the age of dinky-donky music and was limited by the era, Street Fighter II was not only a revolution in gaming, but an adroit powerhouse of simple 16-bit composition. Each stage and character theme is unique, bringing a personality to the otherwise two-dimensional landscape that manages to tell a story all on its own.

It’s elevator music by way of J-pop meets Richard Cheese’s lounge remixes. Not only is the unusual soundtrack snappy, poppy, and fun, but it correlates perfectly with the surreal game and its weird story of building stars out of junk.

Sweeping in scope with hopeful and heartbreaking moments of this unusual story of a boy who befriends a giant creature, presumably the last of its kind. Fancifully brought to life by Takeshi Furukawa who was raised on Final Fantasy and Jurassic Park’s effusive sounds, it’s a transportive soundtrack if ever there was one.

The Legend of Zelda: Ocarina of Time

Brought to life by composer Koji Kondo, many think of this as the ultimate in gaming soundtracks, particularly of the older console systems where the musical technicians were working with a severely primitive system. When heard redone by an orchestra, the grandeur truly comes into focus.

So epic it is practically braggadocio, Skyrim shows the latest evolution of composer Jeremy Soule, who has been on board for the Elder Scrolls games from the start. A true tour de force that can’t be oversold, because it props itself up so highly.

Shadow of the Colossus

An intricate game full of hulking creatures that draws into question the very morality of the main character, beauty and beastliness both make an appearance in a sound setting that fits all too well with the murder of gentle creatures for personal gain all too well.

Combat Evolved brought about the Gregorian chants that every Halo fanatic has come to know and love, but it wasn’t until the third installment that composers Michael Salvatori and his partner Marty O’Donnell really began to dig more out for a story of a hero and former villain joining forces to save humanity as we know it.

Rather than merely diving into the deep end of haunting tunes with horror influences, Silent Hill 2 is a diverse set of tracks that plays, flirts, and then dashes your hopes to the ground for a richer experience than one might expect.

What Galaxy does is pick up all the memorable themes from the whole Mario universe and give them all a new polish and a little extra verve. The result isn’t complex, but rather chaotic fun for a plumber who fights mushrooms and turtles to save a princess.

The sequel to Chrono Trigger, it’s hard to find a bad track in the mix, with even the weakest portions bringing a sense of foreboding and mystery that jives perfectly with a jaunt through time.

Every Final Fantasy soundtrack could earn a place on this list, but the brooding of VIII was something truly different. Imagined to be more cinematic by composer Nobuo Uematsu, it’s more adult than most FF musical works, as befits the semi-tragic hero, Squall.

Mass Effect began with flaws, as evidenced by driving around planets in the Mako can attest. One of those was the synth-loaded soundtrack meant to be futuristic. Though not terrible, by the second iteration they had dissolved both the dreadful driving and the overbearing 80’s whine with something that rose and fell like a space opera should.

The composer, Hiroki Kikuta, had never done a soundtrack before, and his approach stands as one of the greatest oddities ever devised. As esoteric as the game itself, the moment you’re sure you know what a song is, you’re likely to be proven wonderfully wrong.

Maybe a little cacophonous, finding jazz beside hip-hop while blindsided with sudden funk and glittery Asian pop can be tough on the ears. However, like a fine whisky, the finished product draws it all together, rewarding the patient.

No matter what anyone says, the first Kingdom Hearts soundtrack was bottled agony. Go back to Atlantica and really listen to that painful steel drum, then try to claim it didn’t set your teeth on edge. Conversely, the second soundtrack managed to weave in elements familiar without trying to cram them either down your throat, or up where the sun never shines.

Hideo Kojima’s games all carry a blender full of ideas, which can make them hard to keep up with. This same ideology is brought to bear in the sound design of the unfortunately-named Snake Eater. Vocals, old-school 8-bit bops, heavy guitar riffs, and most anything else all show up here, making a club mix you’ll love or love to hate.

Oddly soothing throughout as violence occurs at every turn of a world falling apart, the narrator’s voice is the best part, but the music deserves its day in the sun as well.

If you never played Nier, you’re not alone. It’s a Square-Enix vehicle that failed on almost every level. The one incredible success was the dynamic music, which included Spanish guitar and literal made-up crooning vocals from Keiichi Okabe.

Lullabies to action, synth funk to the long notes of strings carried on the wind, Undertale is a serious contender for the throne, from a game that was otherwise a dismal flop.

A tale told in notes, it’s ok to cry to this, dance to this, and enjoy it from beginning to end. If you can find a flaw, we say you’re a damn Replicant.

Instead of reaching for an orchestra of a synthesizer, Frida Johansson and Henrik Oja took their influences from folk music, fitting it seamlessly with the lush backdrop of this game that strives to speak the language of imagination.

A free online MMO that entices the player’s emotions, tugging them around a world that opens and expands all the time, it’s clear musician Neal Acree felt something for this game, because he put it into his playing.

Managing to capture the grit of the old west without falling back on cliché, Red Dead doesn’t twang in your ear or try to go too country, preferring to honor the medium with an enmeshment of modern and gun-slingin’ arcane.

Beginning with a ticking clock, Chrono Trigger was always something different. Musical beats and melodies follow characters as much as set pieces, so much so that it was one of the first games where people even noticed how expertly the sounds supported and enhanced the on-screen action.