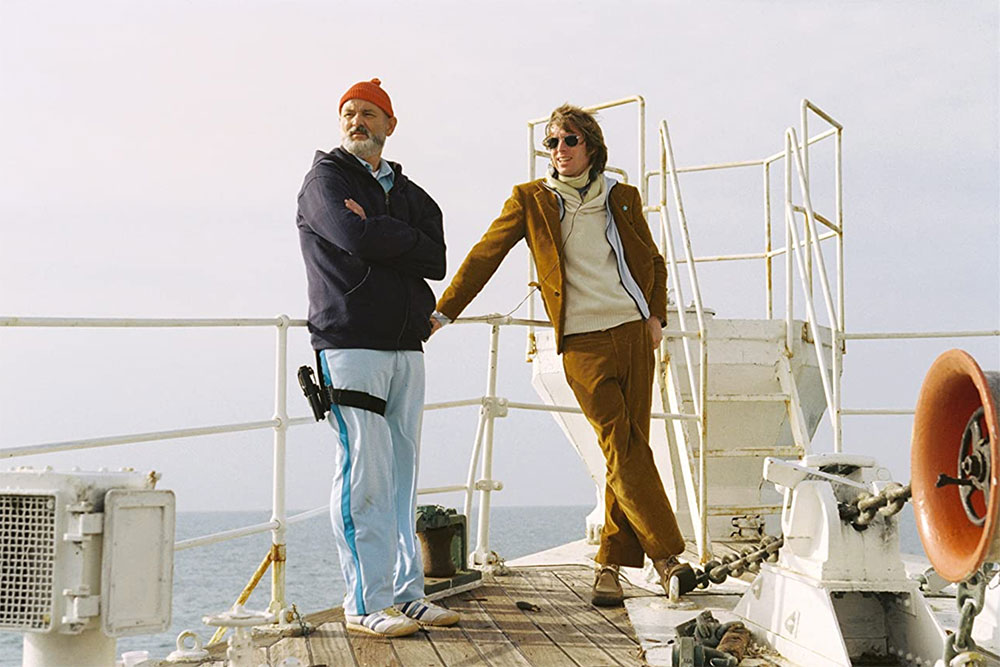 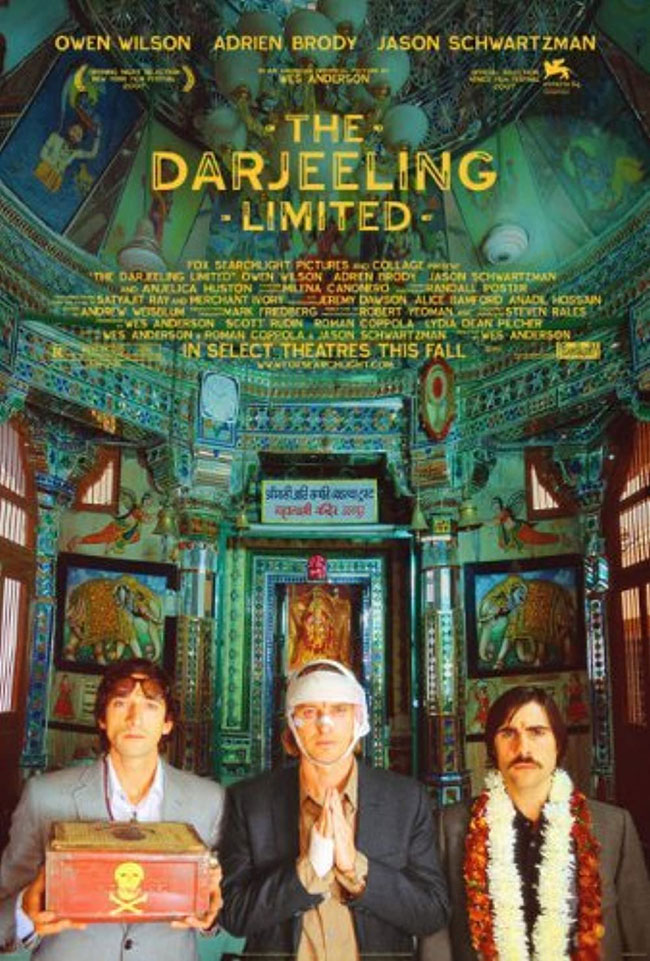 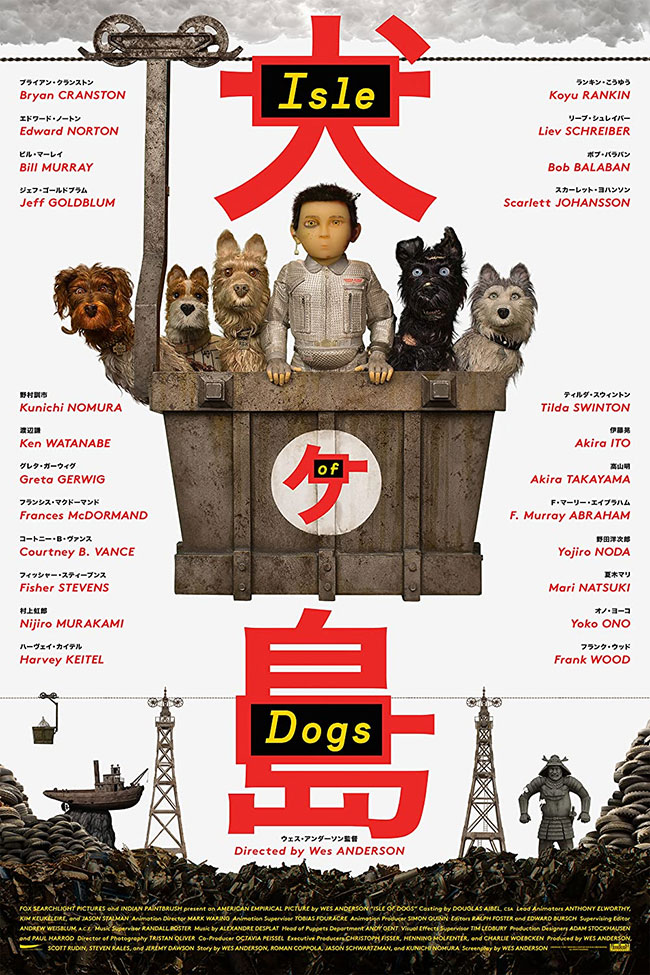 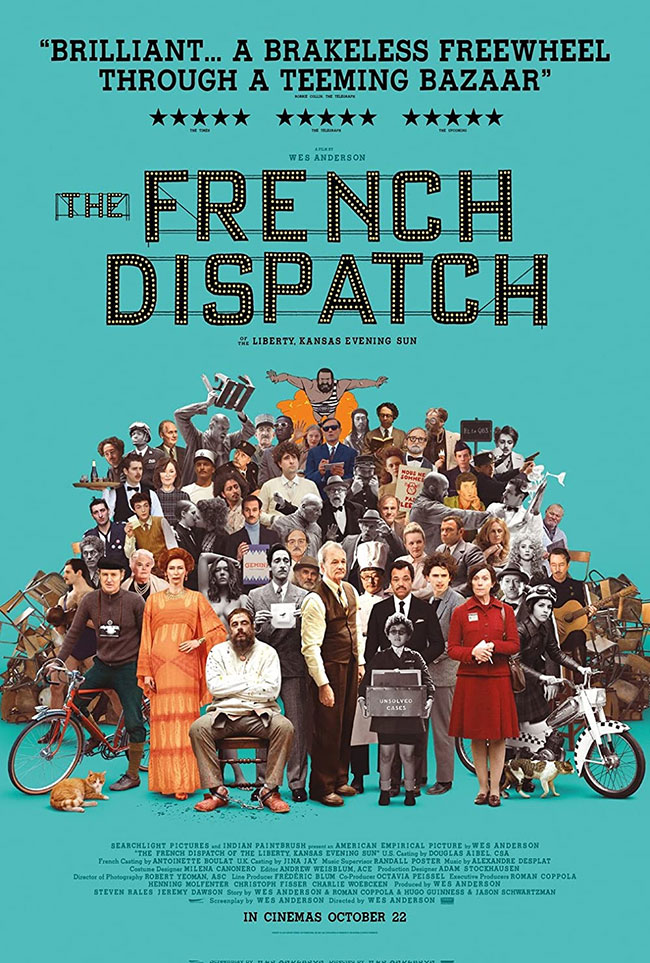 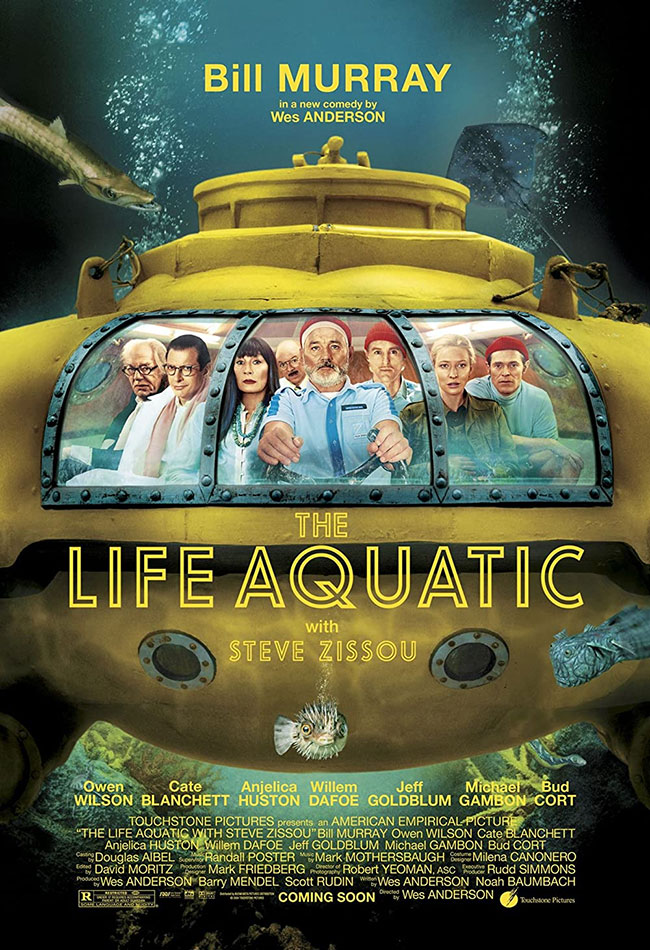 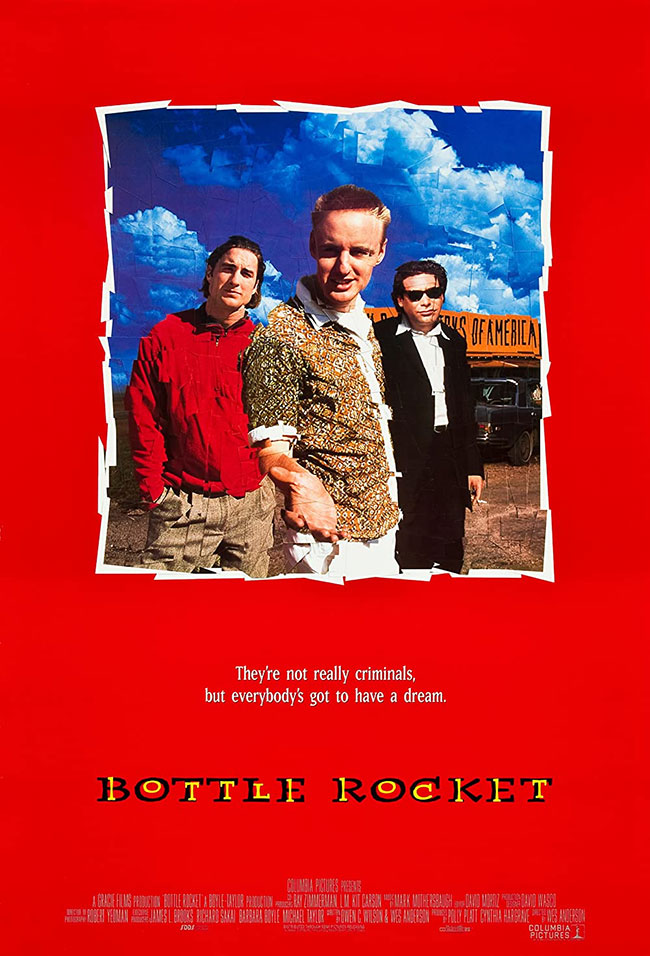 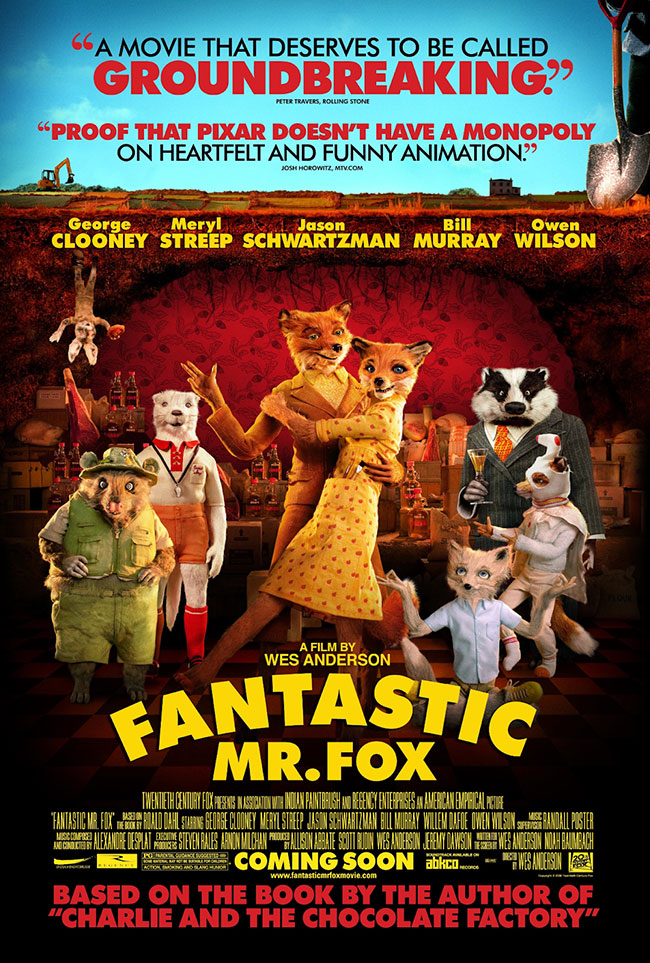 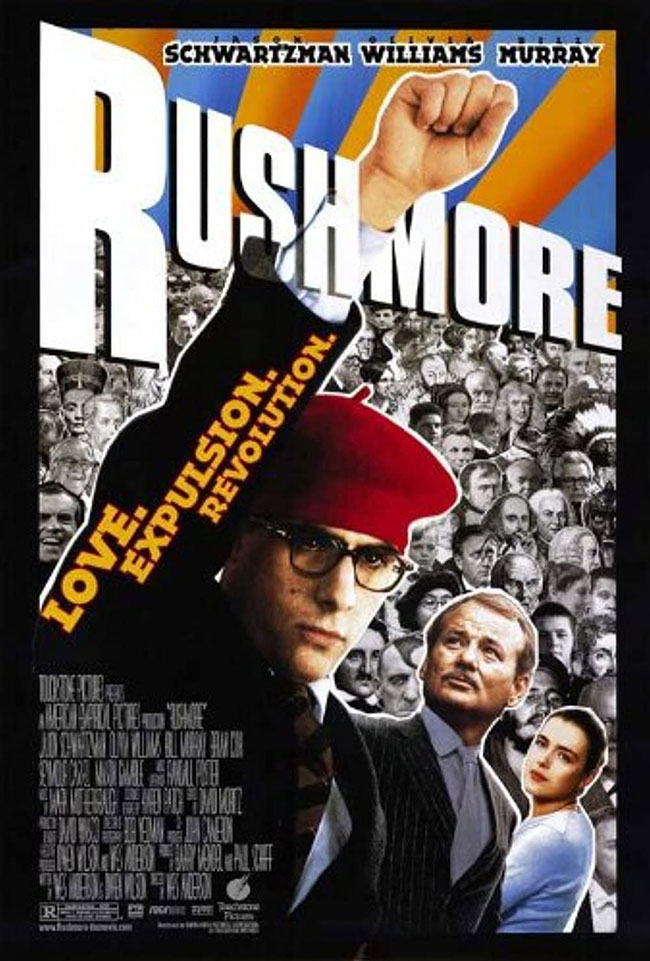 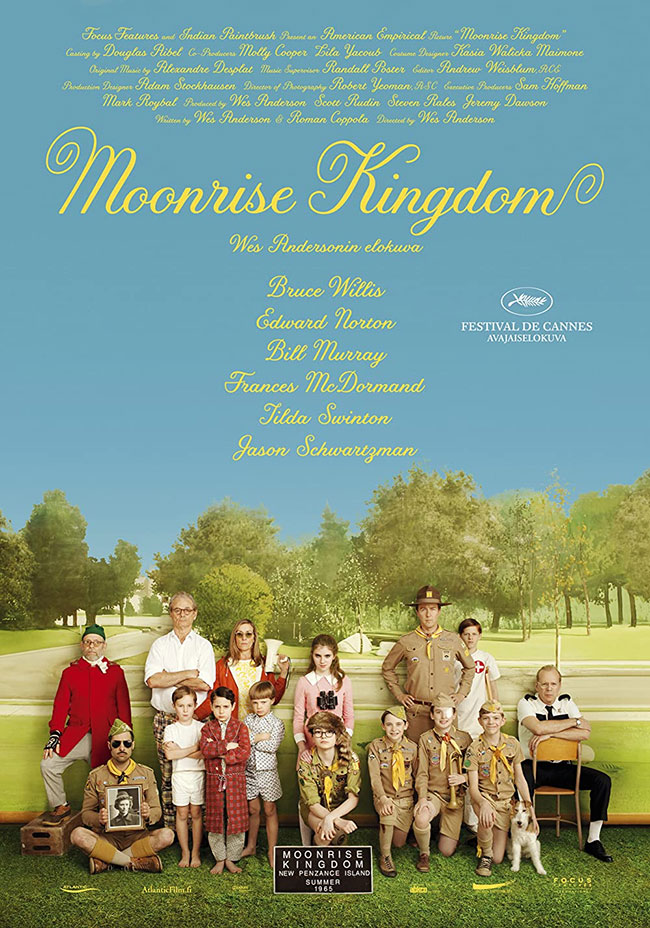 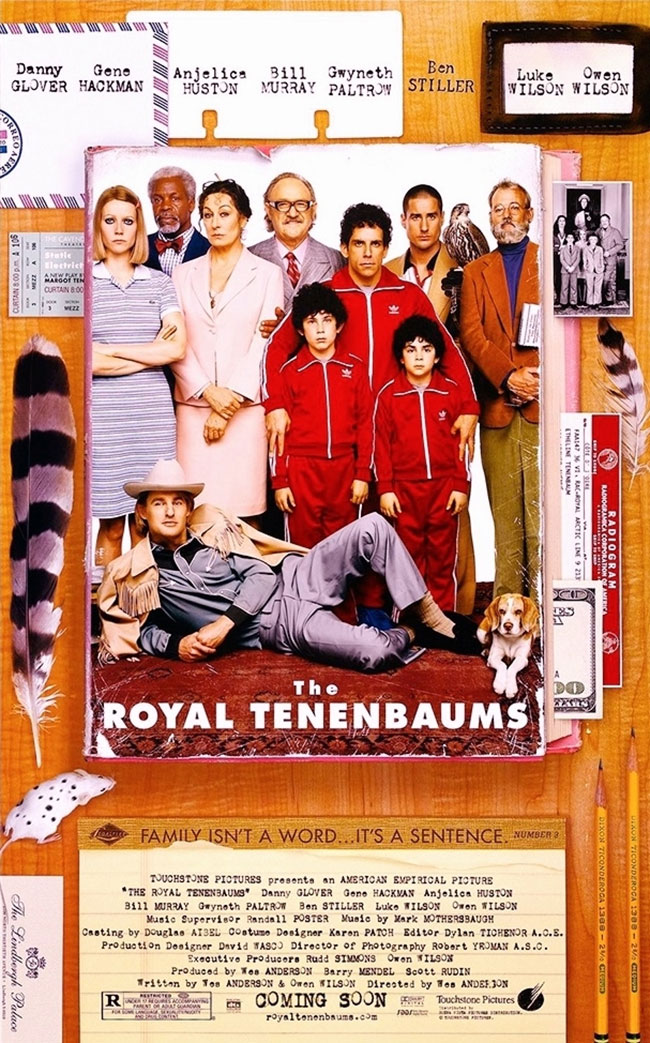 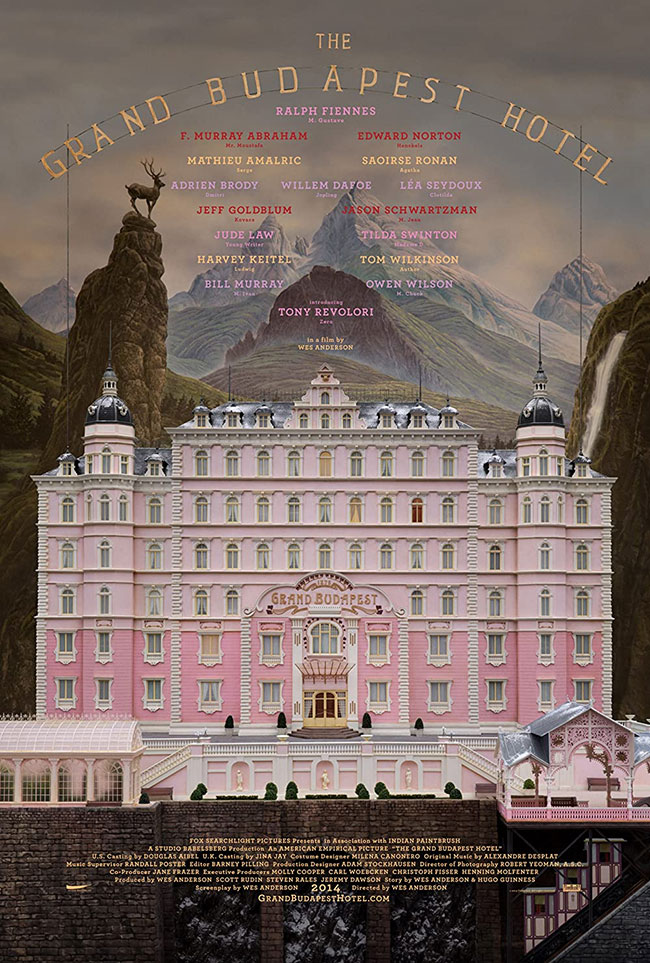 Director and screenwriter Wes Anderson may only have ten films to his name, but he’s managed to capture the hearts of fans and critics everywhere. With the release of his latest film, The French Dispatch, new fans are searching for more Anderson-esque charm. To help you along the way, we’ve gone ahead and ranked the best Wes Anderson movies.

To say Wes Anderson is a visionary is an understatement. He is one of the few directors today capable of entwining dry wit and melancholy into a cornucopia of color.

Texan-born, Anderson first found his footing in the 90s alongside college friend and frequent collaborator, Owen Wilson. However, it wasn’t until 2001 with the release of The Royal Tenenbaums that Anderson captured mainstream attention.

He hasn’t always had the best time maintaining it. There are a few odd eggs in his filmography basket that don’t hold up as well as we anticipated, but that doesn’t make Anderson any less of a singularity within the Hollywood miasma. Even his worst films have merit whilst the best are acclaimed for good reason.

Be it his eccentric ensemble of characters, his use of sardonic humor, or his love of symmetry and quirky worldbuilding, Anderson possesses a long list of directorial qualities we’ve yet to tire of.

While we don’t think there’s an objectively awful movie in Wes Anderson’s filmography, not every movie of his can be the best. (The Life Aquatic critics certainly attest to this.)

His limited catalog also makes ranking difficult. Anderson utilizes the same elements in most of his films—a dry sense of humor, asinine characters on the brink of crisis, and colorful sets that are sometimes more memorable than the plot—which may lead to viewers wanting more.

Looking for slapstick? Check out the best Will Ferrell movies.

This isn’t necessarily a bad thing. Wes Anderson is a director who’s found his rhythm. Just as Scorsese is unlikely to stop making crime films, Anderson probably will never step out of his finely-crafted toolbox that occasionally includes stop-motion animals.

After the box office failure of The Life Aquatic with Steve Zissou, Anderson returned to more familiar territory in 2007. The Darjeeling Limited has all the marks of a good Wes Anderson movie yet very little of the emotional gravitas he’s known for.

Owen Wilson, Jason Schwartzman, and Adrien Brody star as three brothers. As the title may imply, the backdrop is India. The film is set on a literal train ride about self-discovery and the oftentimes strained relationships between adult siblings.

Some symbolism is rather blunt for Anderson—they literally drag their late father’s luggage around—and we can’t help but feel the portrayal of India, its people, and their beliefs is a little too Eat Pray Love-y, despite its supposed self-awareness.

Like many films from the late 2000s, The Darjeeling Limited is an okay movie that hasn’t aged well.

The second and least-loved Anderson-helmed animated feature, Isle of Dogs is a whimsical take on the dystopian genre.

This movie brings viewers to a futuristic Japan where pollution, technology, and the mysterious “canine flu” have led to the exile of all dogs to Trash Island. The film follows Atari Kobayashi (voiced by Koyu Rankin), a 12-year-old boy grappling with authoritarianism after his dog is taken away.

Accompanied by the masterful compositions of Alexandre Desplat, Isle of Dogs is a movie about man’s best friend. However, when you look under the stellar work of the animation team, you’ll find an ineffective conversation about immigration and the negative influences of technology.

The director earned criticism for his portrayal of Japanese culture. The fact that very little of the Japanese dialogue has subtitles was also a strange choice. It creates a severe disconnect that’s only worsened by the same usage of fake-deep symbolism we saw in The Darjeeling Limited.

There’s a lot to like in the Isle of Dogs, but it’s best not to take it too seriously.

Although not his greatest, Wes Anderson’s latest film stands out in his filmography as a semi-experimental revision of his directorial style.

Described as a “love letter to journalists,” the French Dispatch is a comedic anthology about the closing days of a foreign newspaper following the death of its editor. Backed by Anderson’s typical brand of strange storytelling, bizarre characters, and fantastical set design, each mini-story is a feature piece in the newspaper’s final issue

The first thing you’ll notice about the French Dispatch is its star-studded ensemble cast. The film stars several of Anderon’s long-time collaborators, including Owen Wilson, Bill Murray, and Jason Schwartzman. We’re also introduced to a selection of new faces.

Anderson opens the door to experimentation in The French Dispatch. He gently departs from his finely-tuned aesthetic for a disjointed narrative that even includes 2D animation. Unfortunately, it makes for a somewhat convoluted plotline that’s a little distracting, even for the casual viewer.

Although The French Dispatch misses the mark, it is proof of Anderson’s ability to grow as an artist.

We should always expect a degree of whimsy in Wes Anderson movies, but The Life Aquatic With Steve Zissou takes the cake.

Half-parody, half-homage to the late Jacques Cousteau, Bill Murray stars as Steve Zissou, a down-and-out oceanographer who undertakes a sea voyage to track down the “jaguar shark” and avenge his partner, who was eaten by the beast.

The concept is rather cockamamie, though this is a Wes Anderson movie. Unfortunately, the plot loses itself (or, according to some die-hard fans, finds itself) during its high-stakes, pirate-chasing action sequences and incoherent theme-jumping.

Arguably, Steve Zissou did more for Bill Murray than it did for Anderson. His character’s sardonic humor and eccentric yet emotionally reserved disposition fully put his Ghostbusters persona to rest.

Overall, The Life Aquatic comes off as a patchwork fairytale masquerading as a midlife crisis, but we can see why it has a cult following.

The first of Wes Anderson’s movies, Bottle Rocket is an unconventional heist film and favorite of many fans.

Starring and co-written by Owen Wilson, Bottle Rocket follows Dignan, a wannabe criminal with dreams of glory. He enlists the help of his friend Anthony (played by Luke Wilson) and a few other ne’er-do-wells on a string of lackluster heists across Texas.

Bottle Rocket delivers everything we love about the Wilson brothers. Dignan’s vainglorious yet boyish antics are reminiscent of Anderson’s future characters. He holds up his own against the most eccentric and well-loved of the bunch while Luke Wilson plays the role of hopeless romantic well.

Bottle Rocket is evidence of Anderson’s early talent. Even within its “looser” cinematography, you can see the beginnings of Anderson’s signature style.

While not amazing, it holds up surprisingly well.

2009’s Fantastic Mr. Fox was Wes Anderson’s first foray into stop motion animation. Accompanied by the voices of George Clooney, Meryl Streep, and Jason Schwartzman, this movie adaptation of Roald Dahl’s book of the same name is an odd one but a goodie.

Like other Anderson characters, Mr. Fox (Clooney) is a criminal who gets caught up in his own misadventure and brings the law (in this case, human farmers) down on his loved ones. What follows is an elegant breakdown of family dynamics, supported by an autumnal color scheme and fantastical worldbuilding.

The Fantastic Mr. Fox is a children’s movie, but there is something for adults here too. Anderson takes Dahl’s humor and expands upon the original to deliver a family story with real emotional depth and intrigue.

This film shows us just how deep Anderson’s imagination goes. Despite his blunder with the Isle of Dogs, Anderson has a talent for stop motion we’d like to see more of.

Two years after his debut, Anderson returned with his coming-of-age story, Rushmore.

Despite being one of his earliest concoctions, Rushmore ranks highly amongst fans. Whereas Anderson was finding his footing in Bottle Rocket, Rushmore firmly establishes the “Wes Anderson” brand. It features oddball characters, unconventional social dynamics, and a strange yet endearing plotline that hasn’t lost its appeal.

The two begin an unlikely friendship that ultimately goes off the rails when they find themselves falling for Rosemary Cross, a teacher at Rushmore played by Olivia Williams.

It’s easy to forget about this gem. Rushmore is raw enough to be unlike other Wes Anderson films while simultaneously encapsulating his best when he was still getting his sea legs.

Although a meager success at the time, Rushmore kick-started Anderson and Schwartzman’s respective careers and breathed life back into Murray’s, cementing a long-lasting collaboration between all three.

Anderson’s eye for the peculiar is never more apparent than in the Moonrise Kingdom.

Set in 1965 on a fictional New England island, the dreamy community of New Penzance is unsettled when two 12-year-old outsiders run away together. Khaki Scout Sam Shakusky (Jared Gilman) and Suzy Bishop (Kara Hayward) are in love and it’s every bit endearing as you’d expect from a film about adolescent romance.

Endearing if, of course, odd.

Sam is a skilled outdoorsman with a penchant for protocol while Suzy is an unexpected firebrand. Her own impulses perfectly complement Sam’s pubescent self-importance. In true Anderson fashion, not even the adults are all that self-aware.

The hilarious escapades that follow make for an epic romance that verges on magical realism, emphasized by the film’s critically acclaimed set and costume design.

Moonrise Kingdom saw success at the box office and earned Anderson several Oscar and Golden Globe nominations. It was the right step forward after The Royal Tenenbaums, solidifying Anderson’s place in Hollywood as a director with gumption.

Anderson may be well-known for his tasteful aesthetics and tight camerawork, but at the heart of his filmography lies a melancholic center that is overwhelmingly relatable.

The Royal Tenenbaums is the perfect example. Considered his crowning achievement by many, Anderson’s third feature film depicts a family tale of regret and imperfect redemption.

After separating from his wife Etheline (Anjelica Huston) and abandoning his children in adolescence, Royal returns to repair his relationship with his eccentric family.

What unfolds is a shockingly heartfelt dramedy that you may find yourself eerily moved by.

Produced in association with Searchlight Pictures, The Grand Budapest Hotel recounts the story of Monsieur Gustave H. and the hotel’s new bellhop, Zero Moustafa, played by newcomer Tony Revolori. Set in the fictional country of Zubrowka, Gustave is the hotel’s beloved concierge who has spent several years schmoozing and seducing the wealthy clientele.

He is eventually framed for murder when one of his paramours dies mysteriously and bequeaths Gustave a priceless painting in her will.

The misadventure that follows is so delightful, we shan’t say more.

We also realize The Royal Tenenbaums is a tough act to follow—but Wes Anderson has managed to outdo himself.

Everything from the exuberant use of color to the finely crafted sets and meticulous cinematography dazzles the senses. Although a first-time collaborator, Finnes as the roguish yet ridiculous Gustave perfectly communicates Anderson’s vision and leaves the audience stunned.

The Grand Budapest Hotel is, in our humble opinion, the best Wes Anderson film so far. We highly recommend watching this gem, if nothing else.

Wes Anderson’s films are aesthetically pleasing as they are devastatingly heartfelt. He hasn’t always hit the mark (The Life Aquatic being his most “love it or hate it” film), but he’s one of the few directors today we believe are worth the hype.

What’s your favorite Wes Anderson film? Drop your recommendations in the comments and let us know what you think of our ranking!