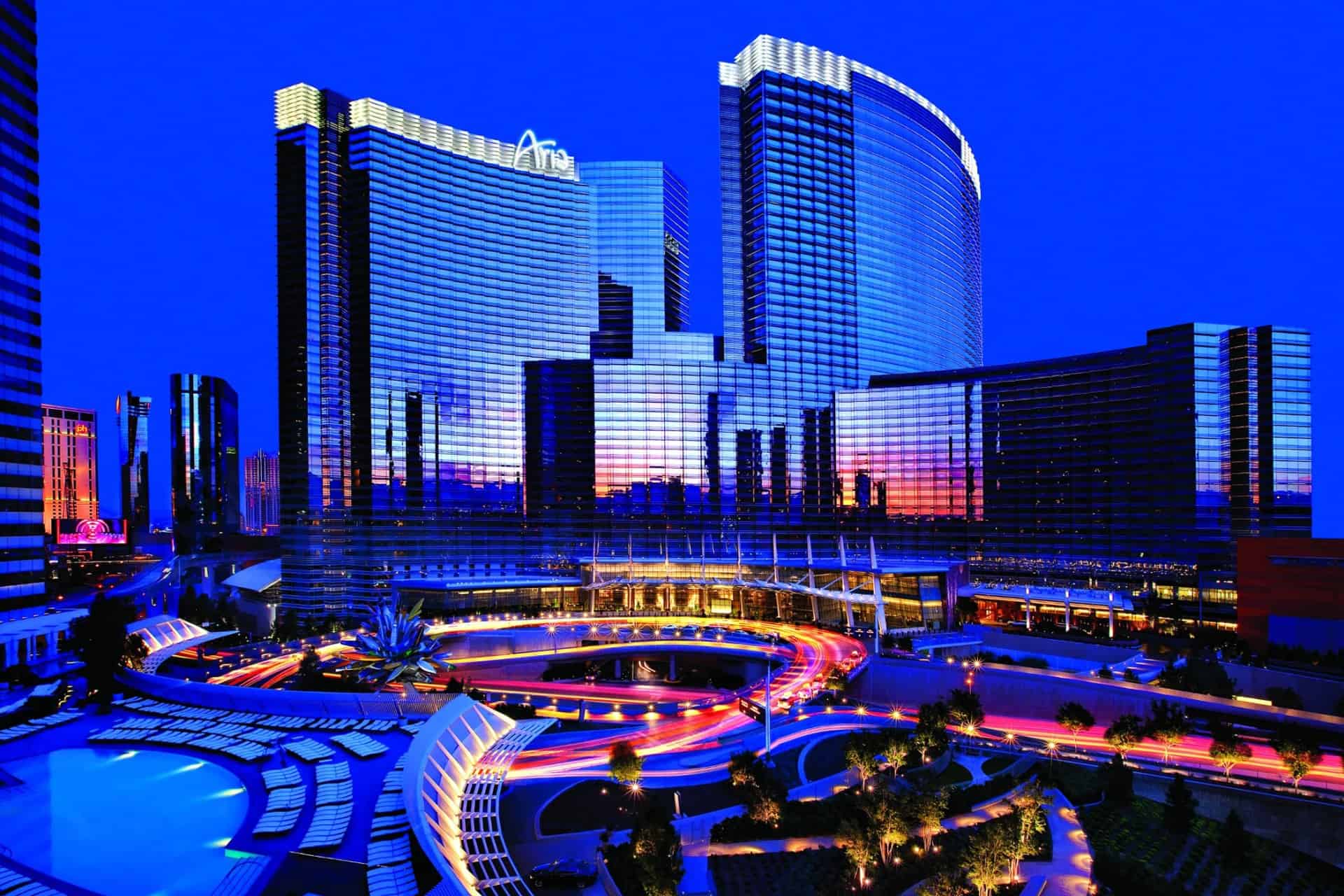 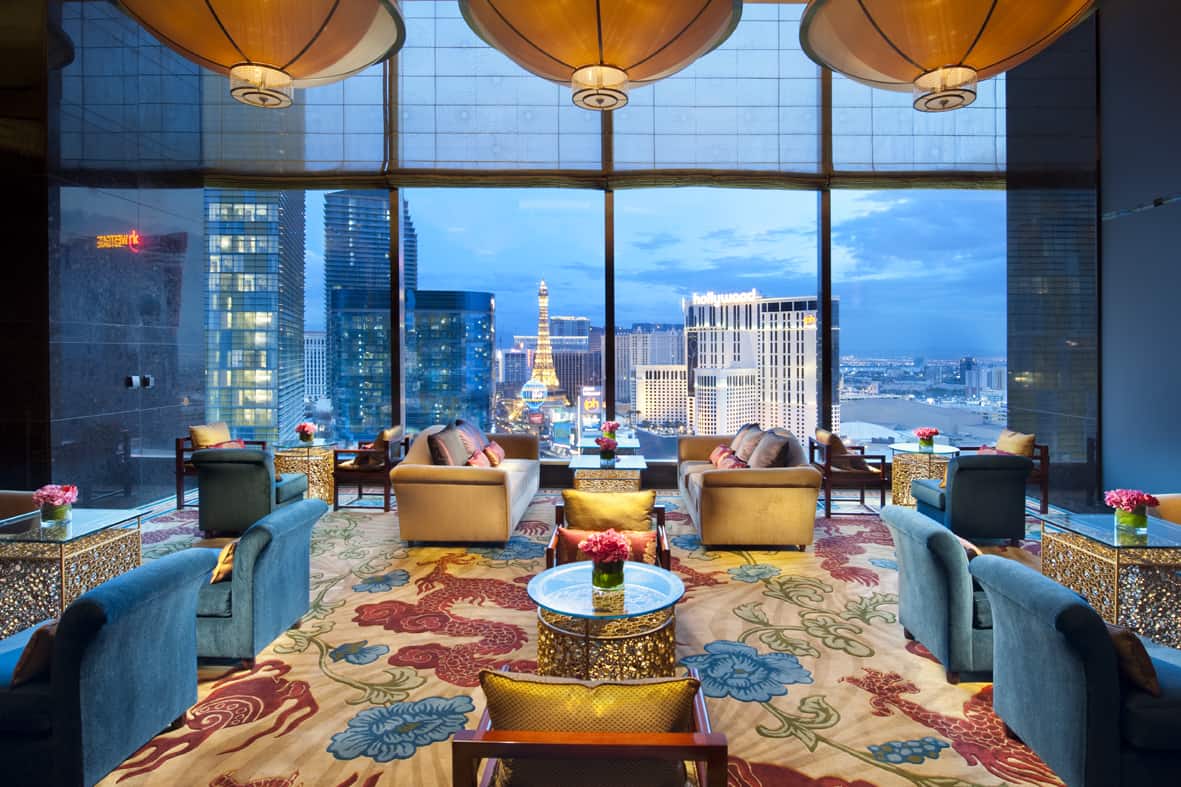 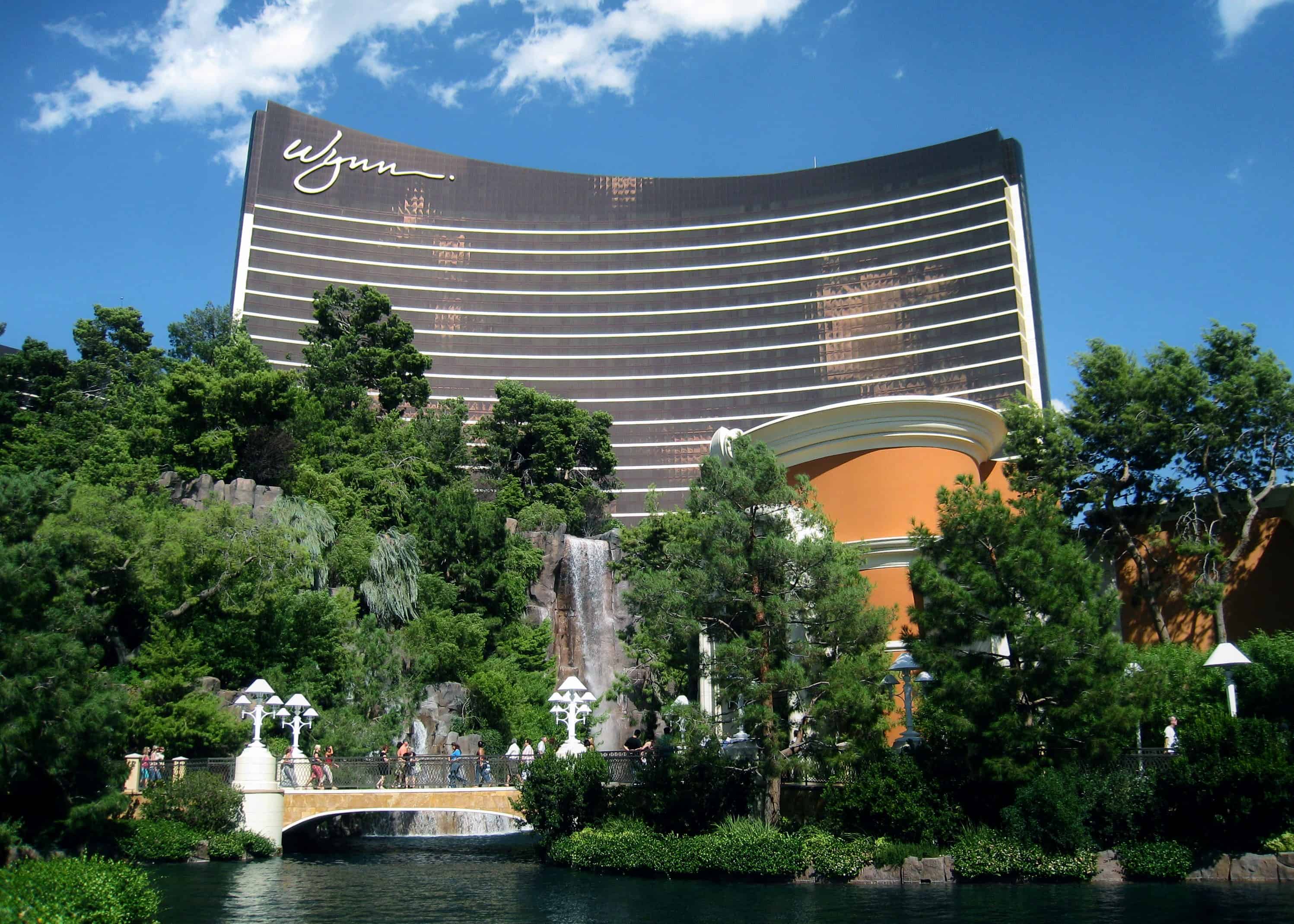 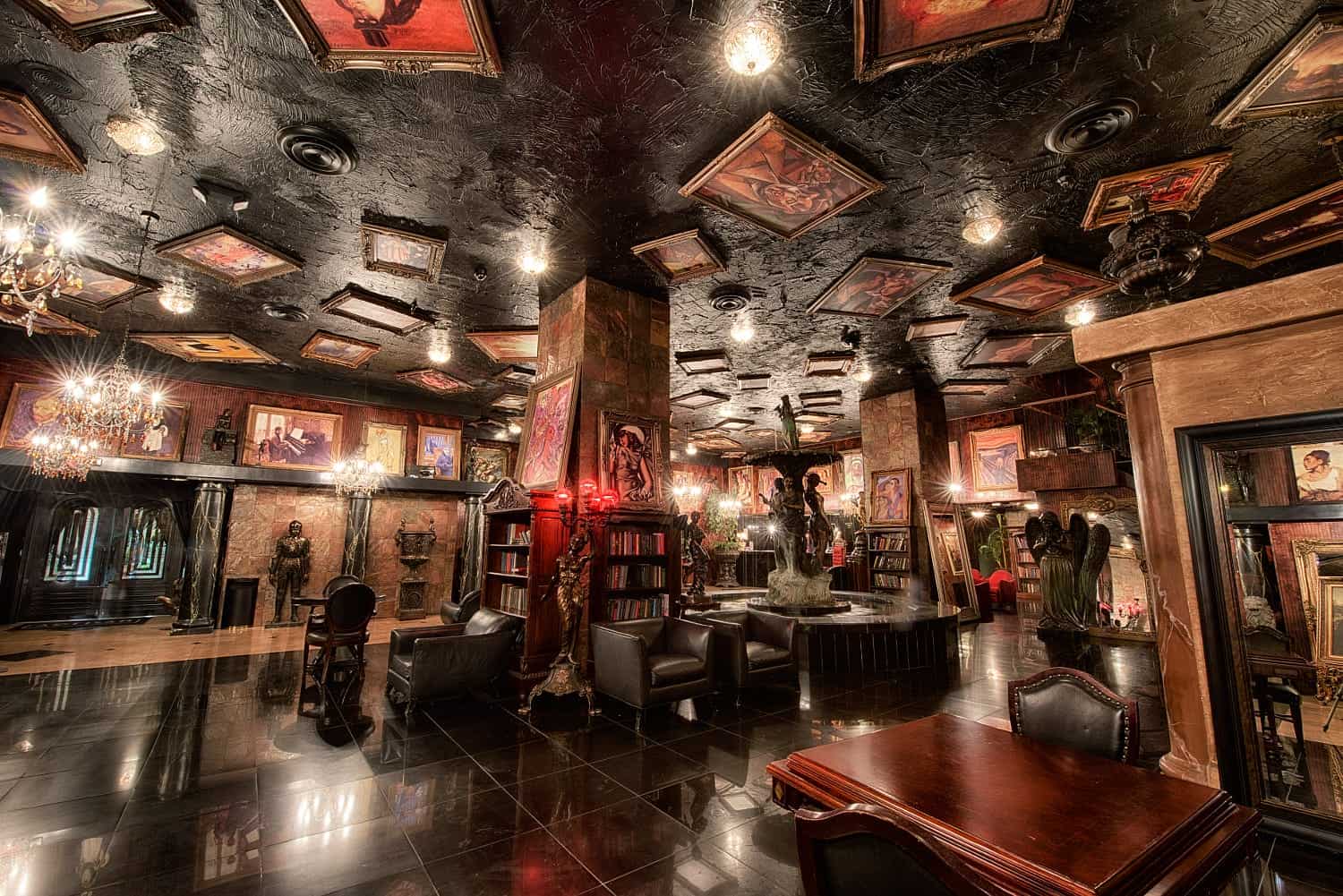 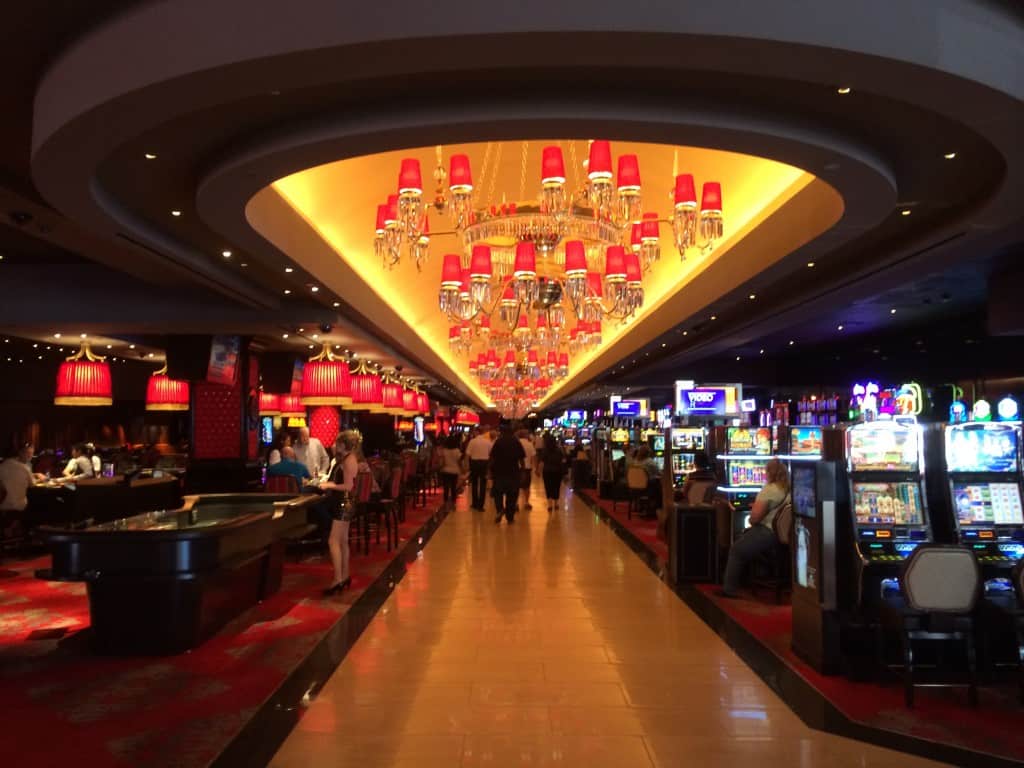 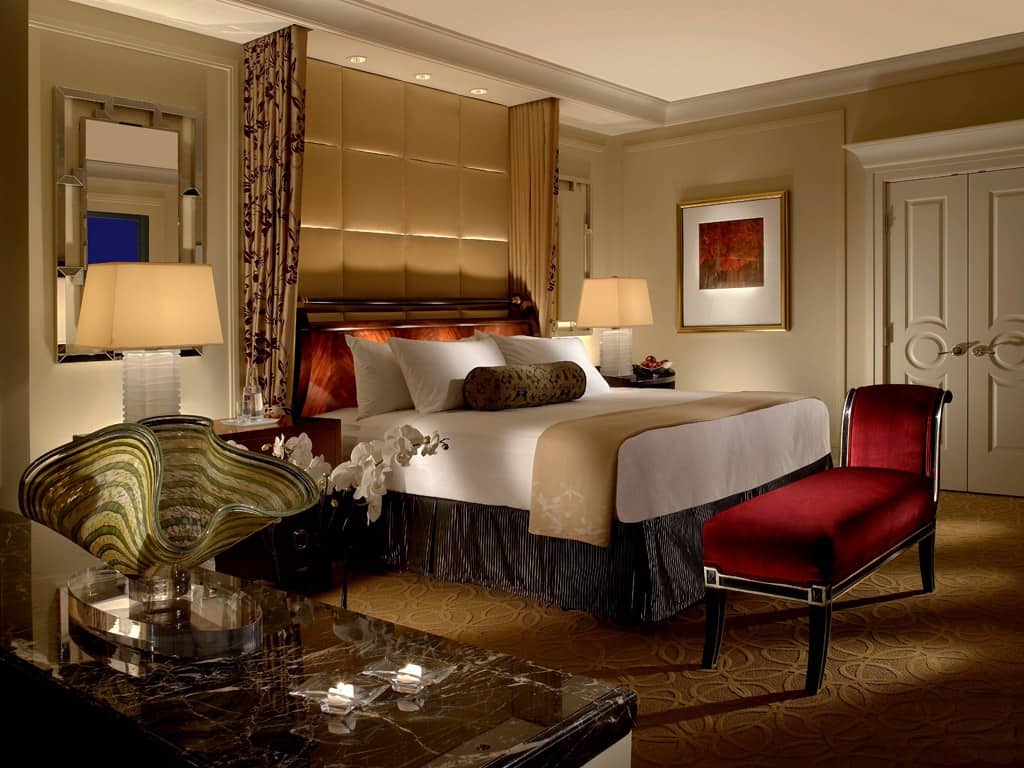 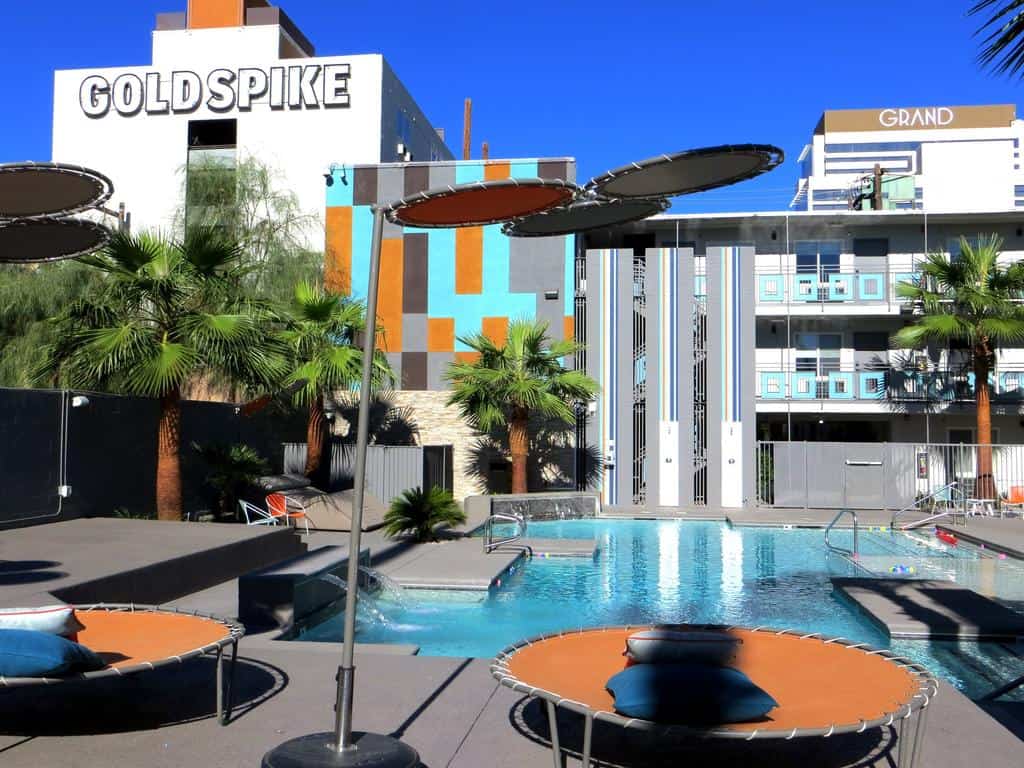 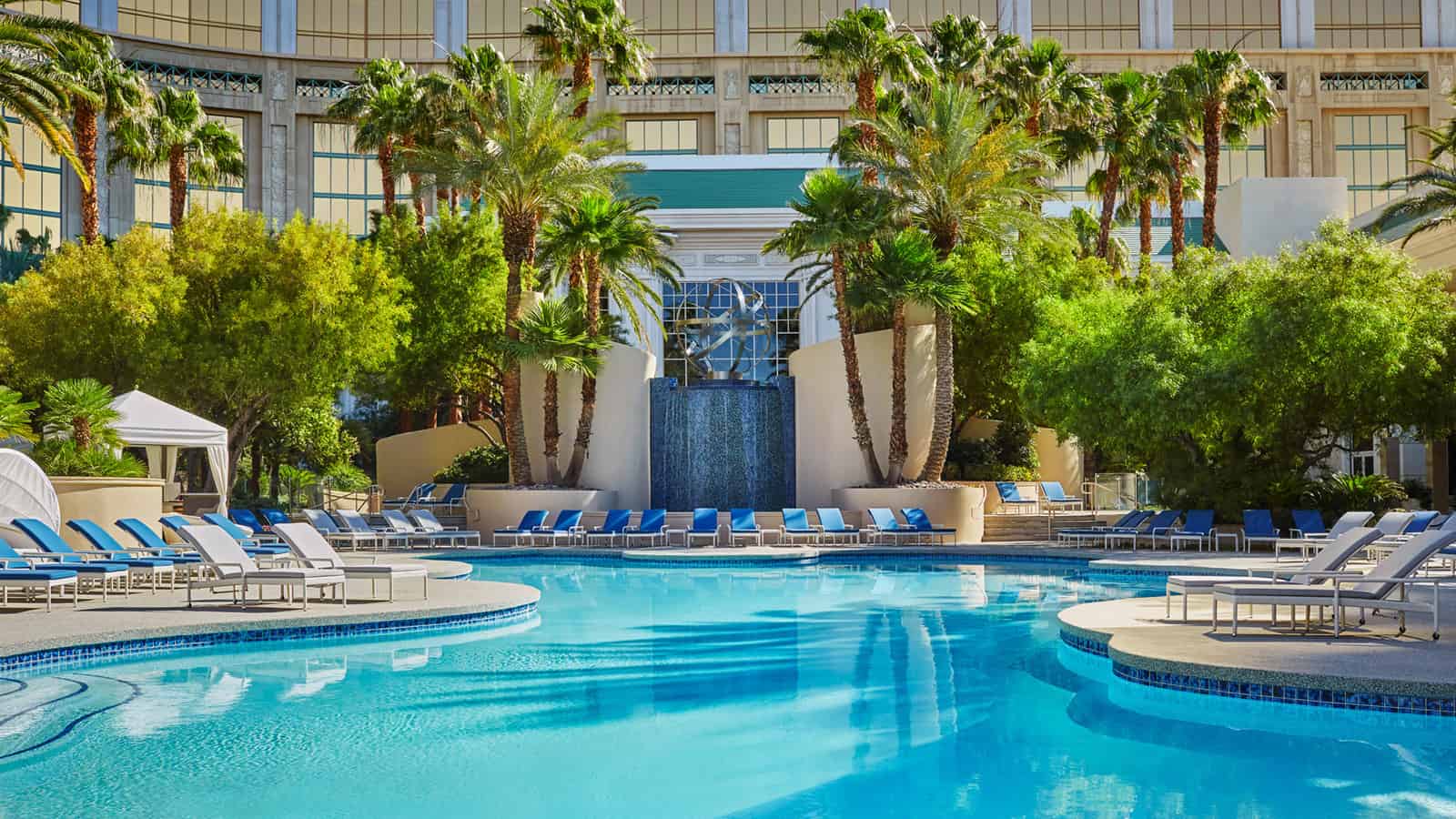 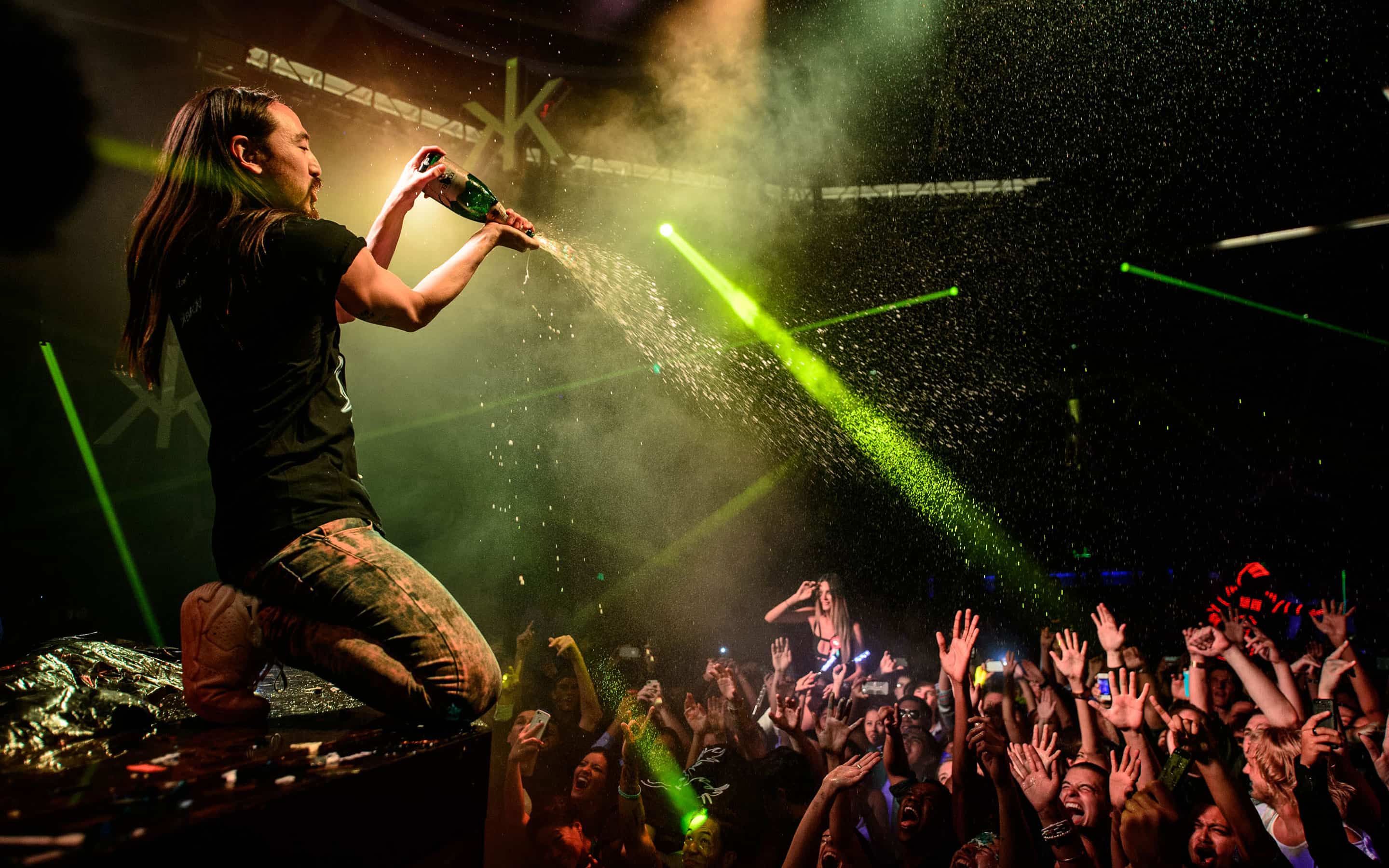 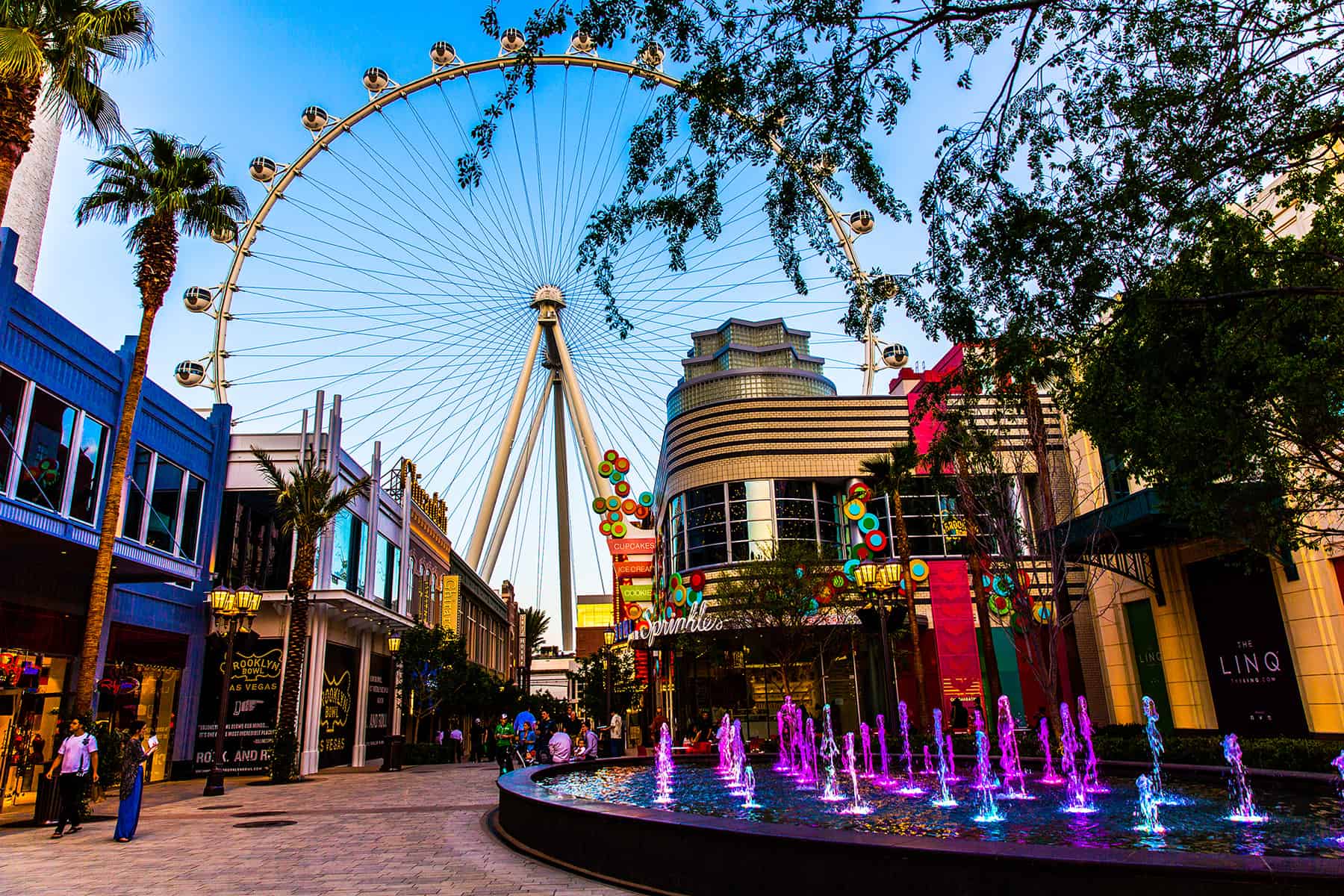 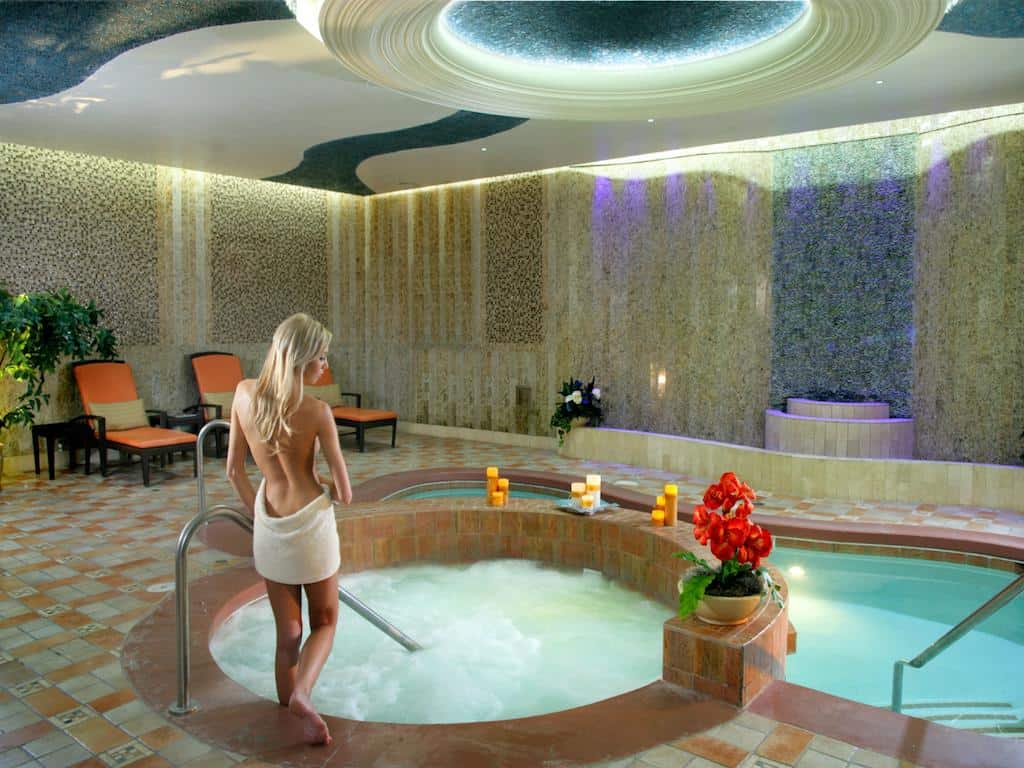 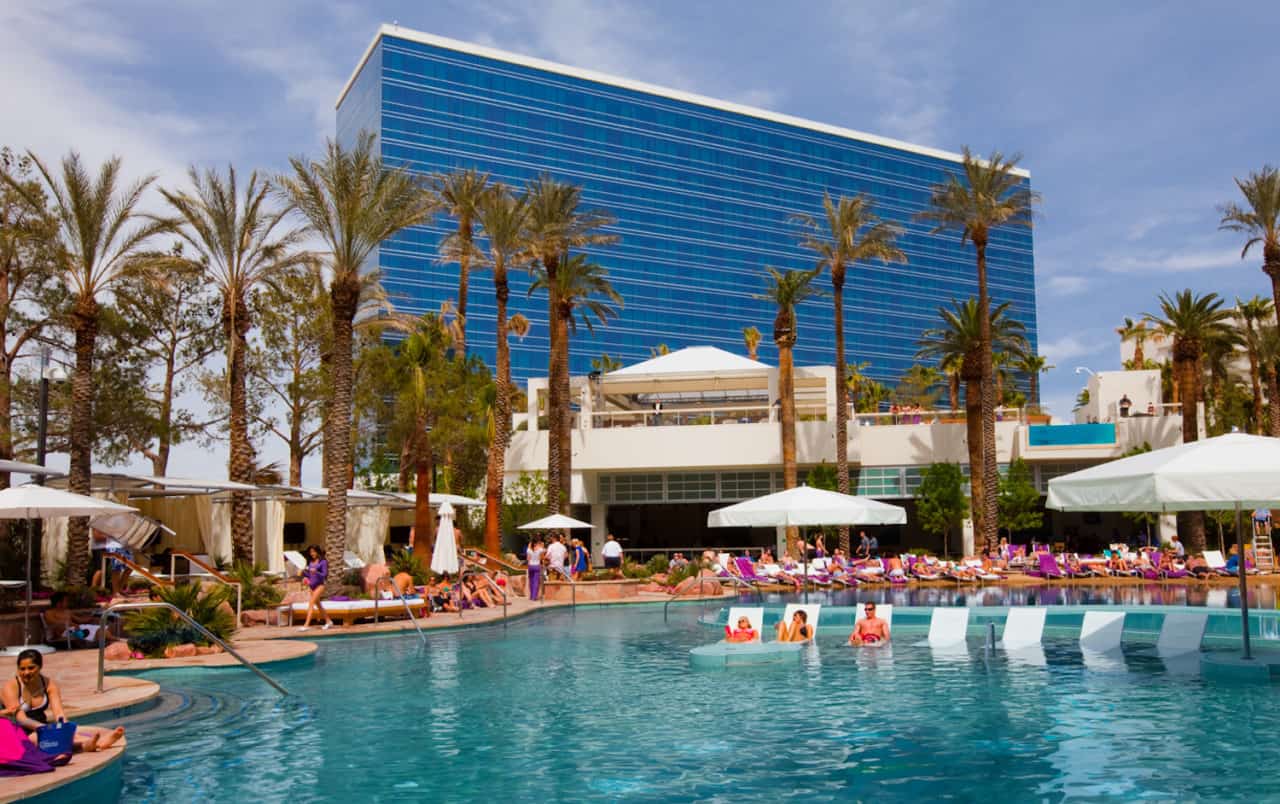 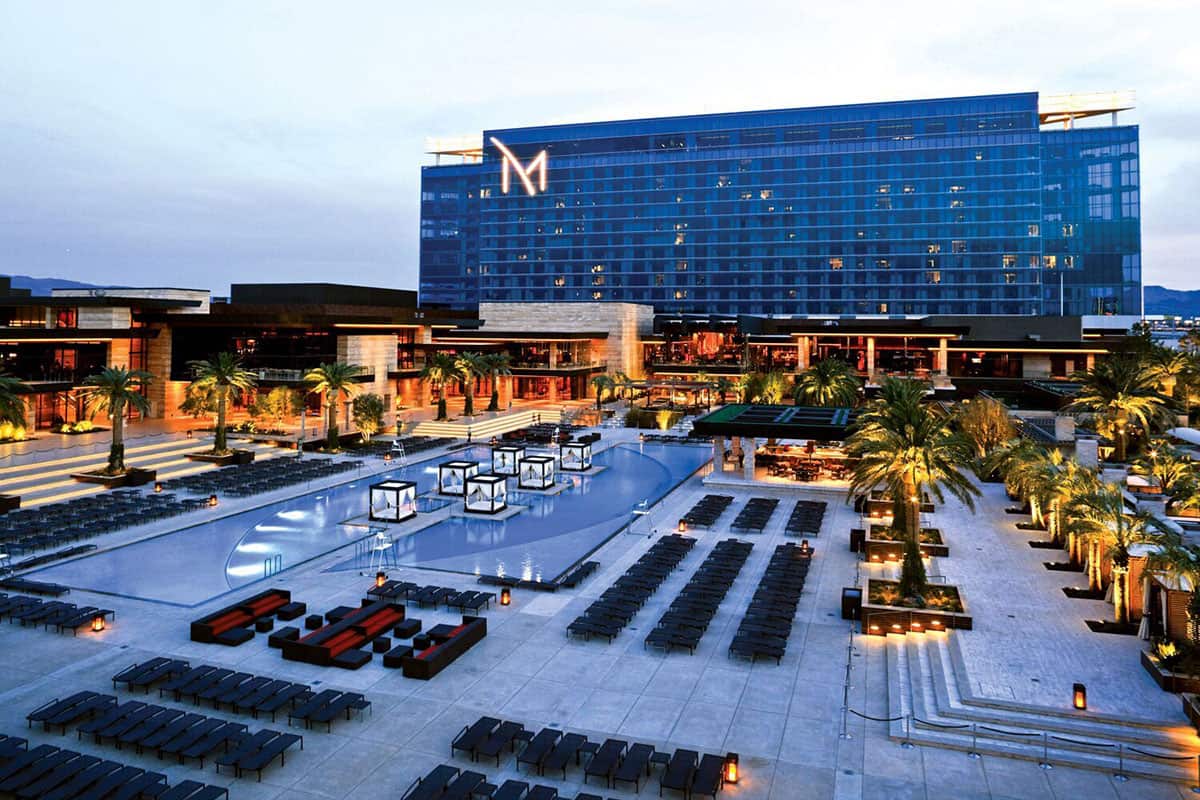 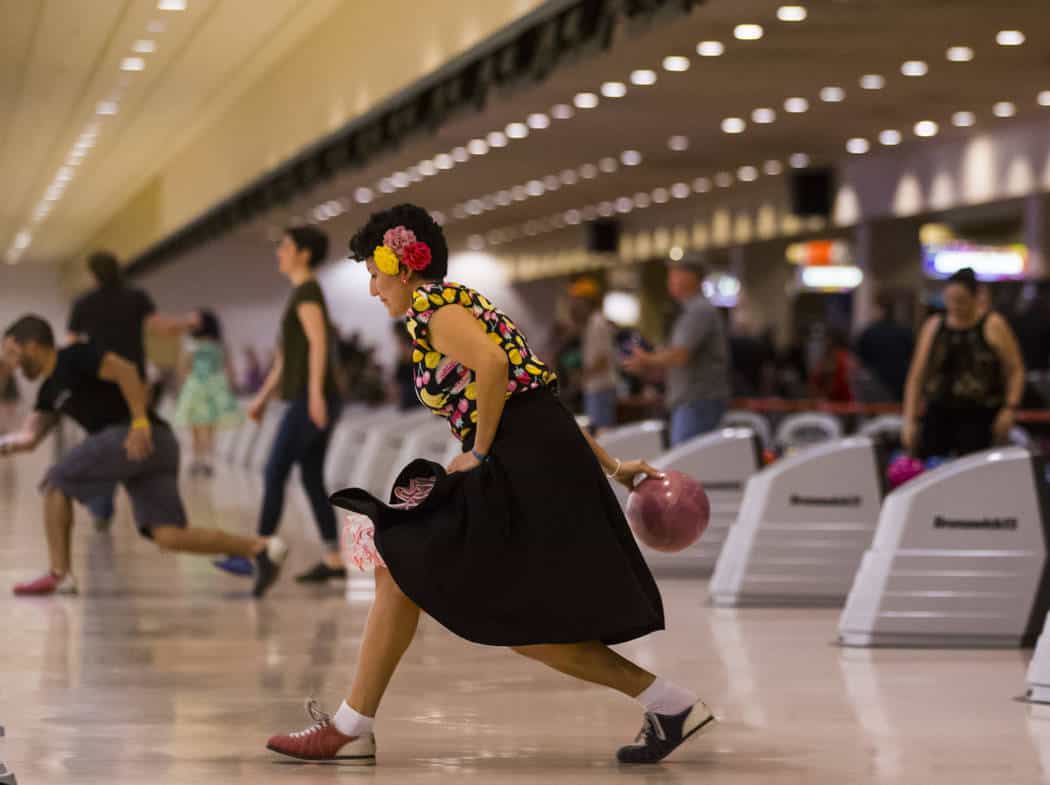 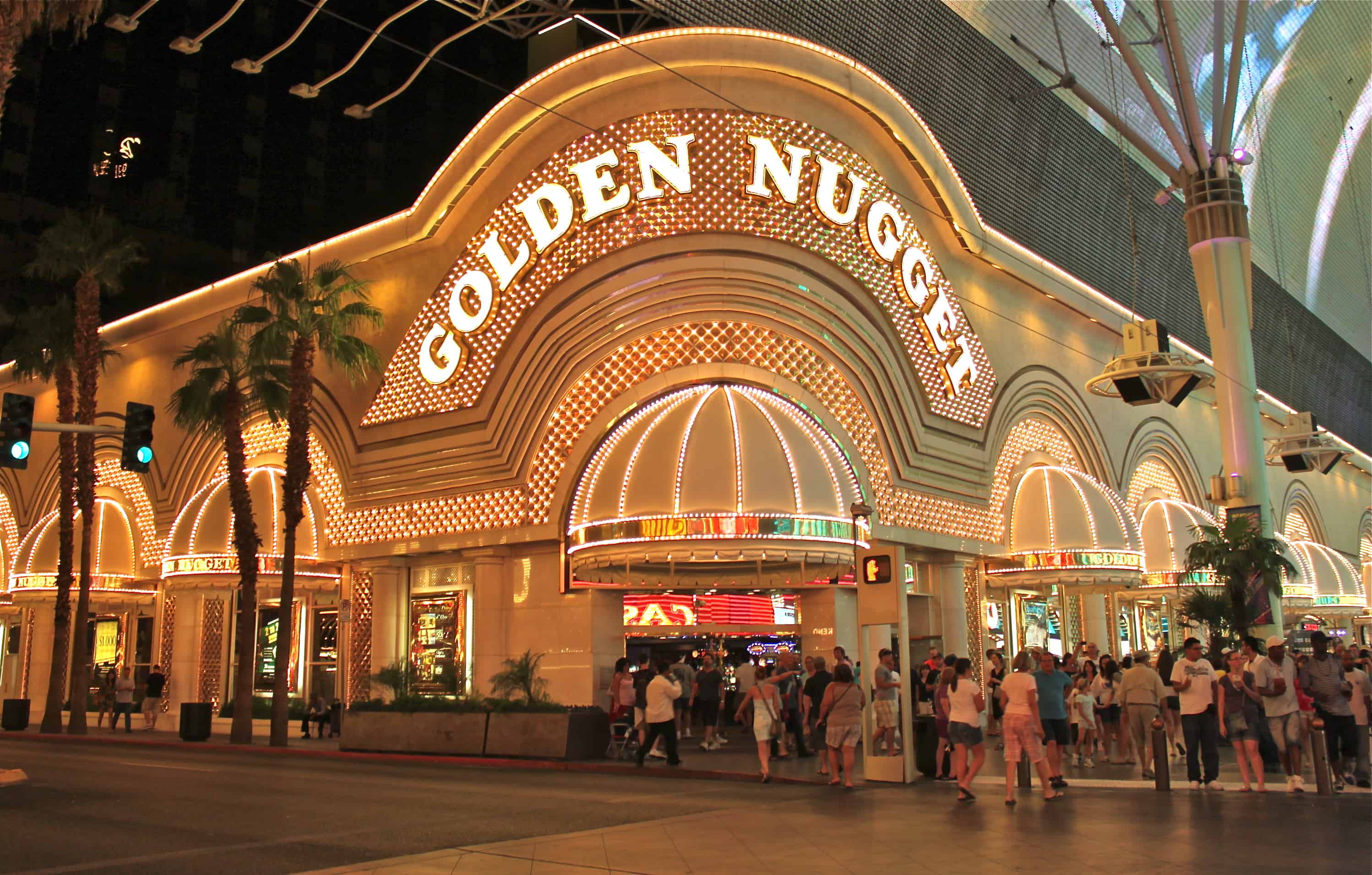 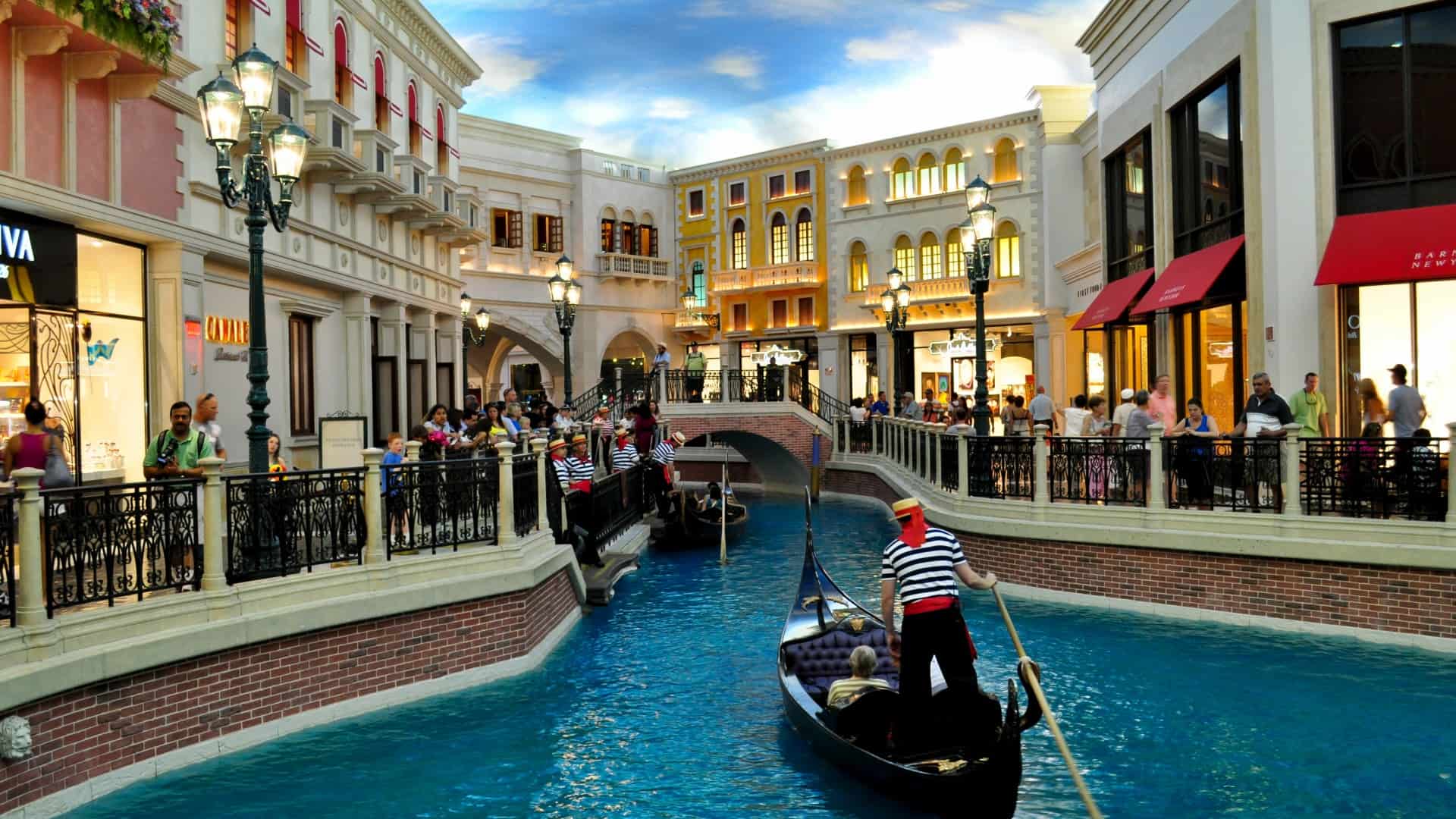 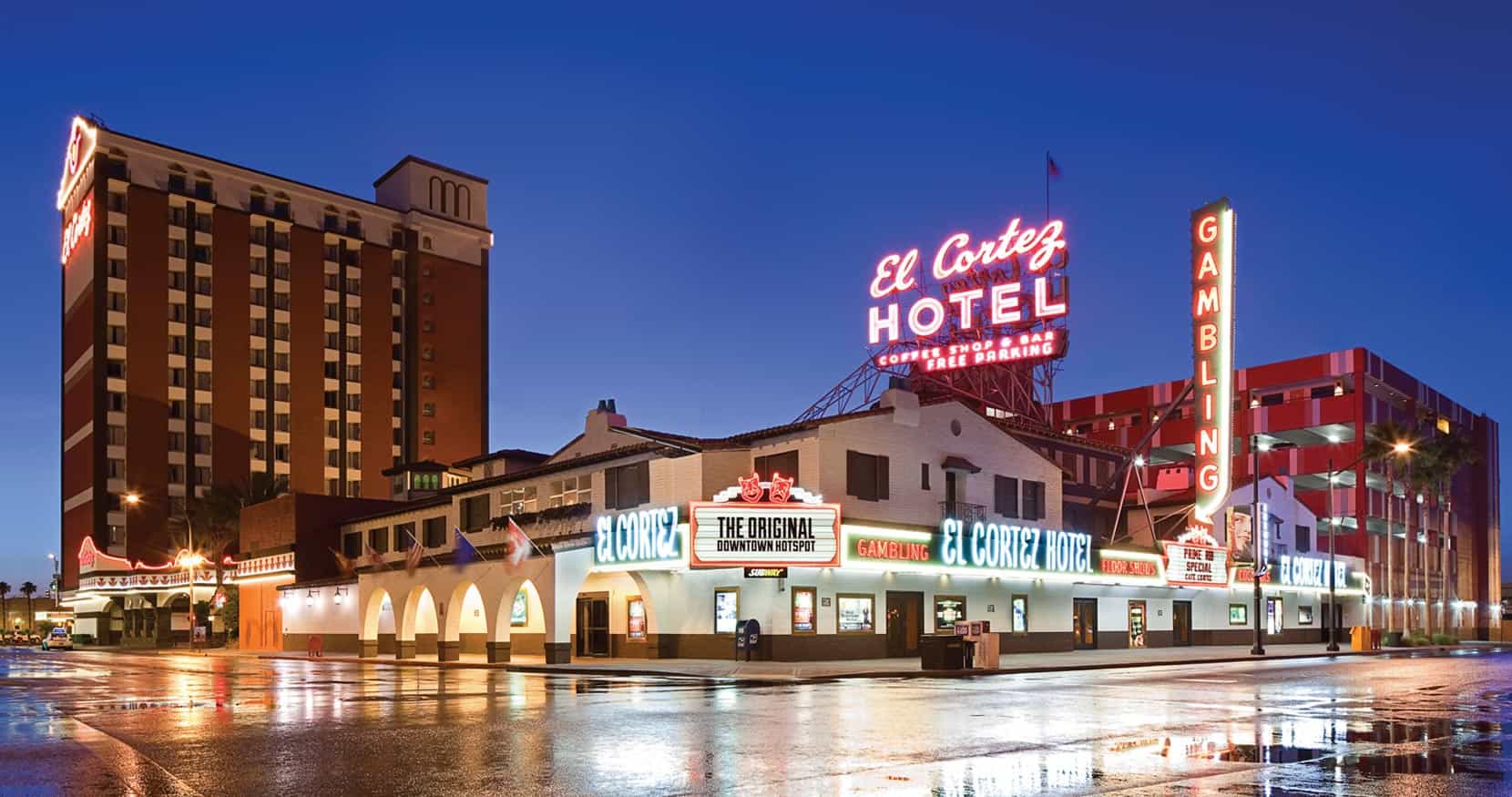 Everything can be had for a price in Las Vegas. Vices abound, with alcohol flowing free, sex on display wherever you look, every game of chance you can imagine, and even people’s lives are traded, bought, and sold both on and off the strip. In this holy land of commerce, it’s easy to find your thrills, but equally easy to get taken advantage of by opportunists who will happily swindle you out of your hard-fought dollars. So, when it comes to choosing a place to rest your head, it doesn’t pay to roll the dice, but to choose prudently where you’ll stay in the City of Sin.

There’s a seemingly unlimited array of hotels that lurk around Vegas; on, off, and around the strip. Add in the hostels, the motor lodges, the inns, and whatever AirBnB can cook up, and you have a daunting number of choices should you decide to spend some time in the neon jungle. Each one has a unique hook, be it low prices, amusement park-like atmosphere, a no-gambling policy, or a whole mall stuffed right into the same building. Worse yet, if you don’t like where you’re staying, it’s going to take you a long time to get anywhere else, since “next door” in Las Vegas can sometimes mean a blister-inducing walk.

Since Las Vegas is cut into multiple arenas, you must be extremely careful in choosing where you stay, because it’s going to largely color the experience you have. Smoke-free and casino-free hotels have begun cropping up, with those built to cater to the needs of bachelor and bachelorette parties, where gambling plays second chair to risque enjoyment of the flesh farm. There’s hotels for luxury, hotels for those who just want to see shows without temptation, and the immersive palaces that are nothing but a Siren beckoning you in. So make sure you know before you book what kind of fun you want to have.

Thousands of rooms allow for every level of traveler, so long as that level is deluxe. Wired rooms with tablet technology give you mastery over your domain, access to a sky pool, and elegance so refined that the basic hotel products are better than what you buy for your home.

Without question the finest hotel in Las Vegas, the Mandarin has views of the strip so incredible that they put windows in the bathrooms just to highlight how much eye candy you can get. Pampering comes standard, along with a complete dearth of gambling that lets you focus on the spa, the sights, the food, and the pure luxury to be had.

Among the top of the all-inclusive packages, you rarely need to leave the grounds to enjoy golfing, gambling, a lively club scene, 5-star dining, private pool access, and Rodeo Drive-grade shopping.

Free of gaming, the Artisan is a boutique hotel that provides affordable rooms with quick access to some of the best strip clubs in town. If that isn’t enough meat to feast your eyes upon, the hotel itself has a topless, “European” pool for some after-hours people watching.

A supremely sexy place, there’s a 24-hour open air club on the roof that will party you right into an early grave, then revive you again. Gambling and other diversions can also be had here, making it another quality choice for those who don’t wish to venture off the premises.

Celebrity chef Emeril Lagasse handles the food while there’s a nice sports book right on base to keep high-rollers watching whatever game happens to be on. If neither of those appeal to you, let the marble accents, sunken rooms with rich, lavish furnishings, and an Italian frame of mind help you forget your woes.

A boutique choice that manages to make the attempt at being too cool for Vegas, the Oasis offers a lot of proximity to counter-culture entertainment, from punk rock to independent artisanal yoga. When you can’t bear to conform, but still want to be right where the sheep gather, you need the Oasis.

It’s a Four Seasons, so you’ll be spoiled rotten and kept far from the prying eyes of the hoi polloi. Snap your fingers and it’s yours in this desert hideaway.

Visitors who want to see as many performances as possible will want to cool their heels at the MGM Grand. Cirque du Soleil is just the beginning, as you’re spitting distance from the Park Theatre and T-Mobile Arena, to say nothing of the big name Strip shows like the Blue Man Group and whatever pop icon is in residence.

A taste of everything Vegas has to offer, there’s great views, lots of varied gambling, shows you can reach by foot, and O’Sheas tavern, where you can wager on beer pong matches.

South Point is where you stay if you want to be Vegas-adjacent, without dealing with the headache. Movies, bowling, concerts, and some of the best stand-up comedy touring today can all be had right alongside the dynamic equestrian center where you can cowboy up for a day.

Start off at the Rehab day club, then headbang to the live music when the sun goes down while sipping Mai Tais at the pool. When you’re sick of the noise and the booze and the people, sneak up to the rooftop lounge for a cozy night under the stars.

An escape that’s just far enough away to be convenient, but just close enough to be interesting, here’s where you can rub elbows with locals, enjoy fine dining and quality gaming without the nonsense they put on for the tourists.

Off the strip, but only by a short drive, Orleans is the place to go if you’re trying to spend as little as possible while still having an honest Vegas experience. The Mardi Gras theme promotes plenty of debauchery, without the extortion resort costs and high-stakes, high-pressure, and high-cost of a bigger outlet.

Eden – or perdition – for sport book betters, there’s more screens for more games than anywhere else on that globe thing. If you want to jump from the ponies to the Super Bowl to whatever that game is where they’re wearing white and drinking tea, then cash in your savings and head to the Nugget. Actually, maybe a gamblers anonymous meeting first. Bet you can’t get there first!

It’s a coin toss whether or not this Italy-themed place is fun or tacky. Either way, it’s full of canals for transport, lots of poolside play places, and a laid back vibe that can quickly turn into a jazz-club kind of party.

A true landmark, the El Cortez is old Vegas at its best. Everything is geared to giving you a resort experience at a pauper’s price. Hearty food, great drink specials, and cheap gaming tables give you all you need at a price you can swing. Plus, it’s close to the big dogs should you want to try your hand at rolling high.